The Oquirrh Mountains sit on the West side of the Salt Lake Valley (and part of Utah Valley). If you mention the Oquirrh Mountains to someone who lives in Salt Lake or nearby, there is a chance they will have heard of them but don't know where they are. It's even less likely they've been anywhere in the range. I had driven the Middle Canyon/Butterfield Canyon road from Tooele to Herriman and vice versa a few times before, but that was the extent of my experience.

My original plan was to get off of work at 3:30, head out to Deseret Peak in the Stansburys, attempt to summit, and be off the mountain by nightfall. That goal was overly ambitious for a weeknight, so I decided to try something closer to home that I hadn't done before. I had read about the Butterfield Peaks before during a few research sessions on hikeable portions of the Oquirrh Mountains. Much of the range is chopped up by mining claims, so finding places you can go is a bit more challenging than in the Wasatch. Anyway, the trailhead to get to the Butterfield Peaks and beyond was accessible, and the distance seemed about right at 6-7 miles round-trip, so I went for it. 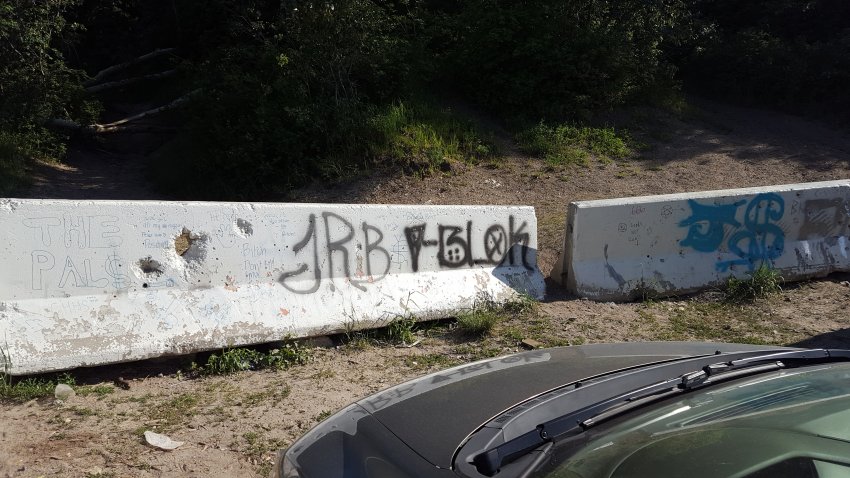 It was pretty hot at 4:30, and the first bit is incredibly steep and a bit overgrown. It was a sweaty ordeal. The views opened up quickly, however. 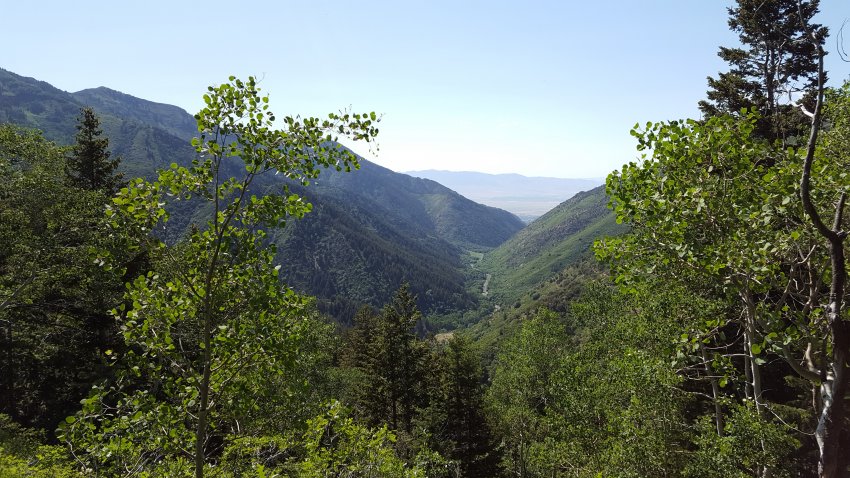 Parts of the trail were pretty wooded, while others were wide open. The views all around stayed about the same for most of the way. They were great, though, and I didn't see another person on the trail. 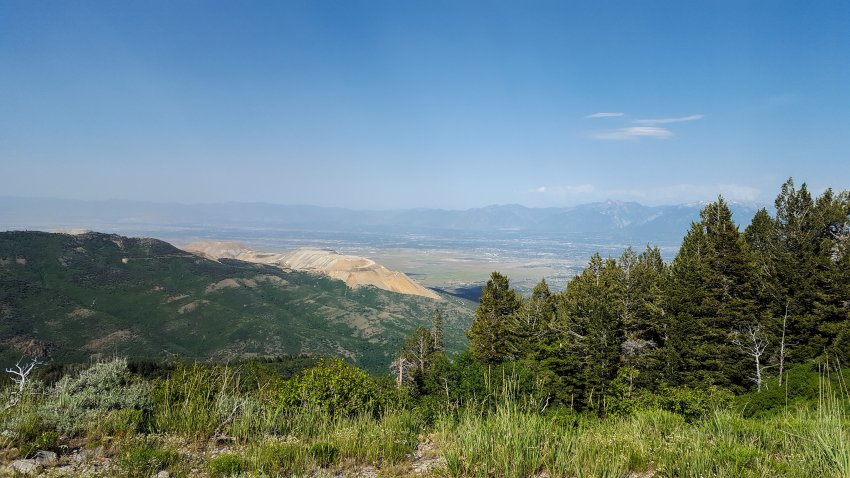 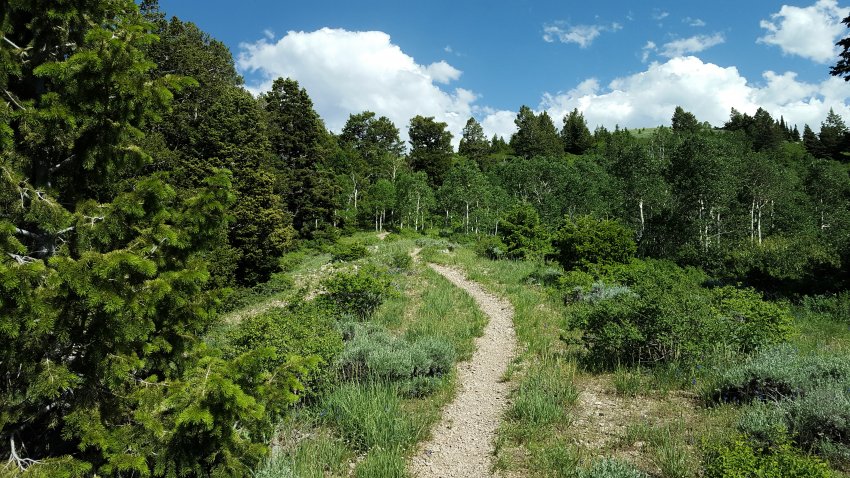 Heading into some aspens 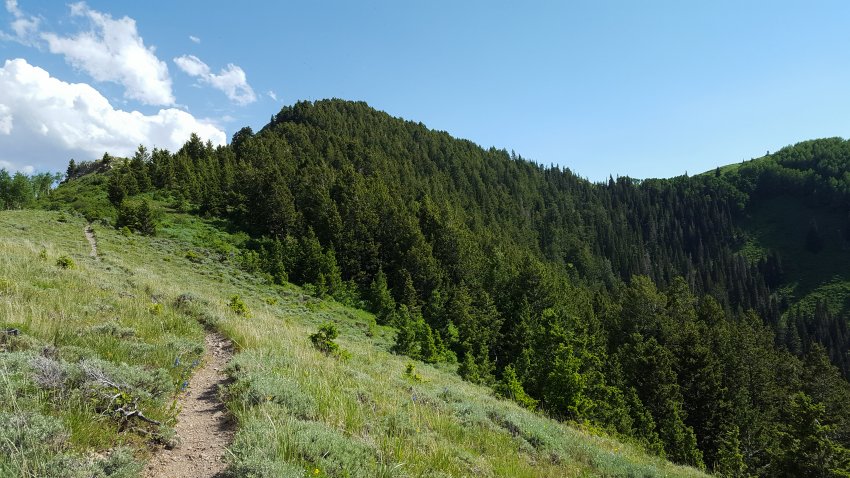 The first of the peaks

During my walk, I had heard a fair amount of noise from ravens flying overhead, heading South. As I began to near the peaks, I noticed that several were landing at the top of one of the closer peaks. They, and some other scavenging birds, would suddenly scatter and then circle the area, landing again after a few minutes. A few minutes would pass and they would scatter again. Given my past experience with ravens, I figured there was some large source of food up there that they were all after. 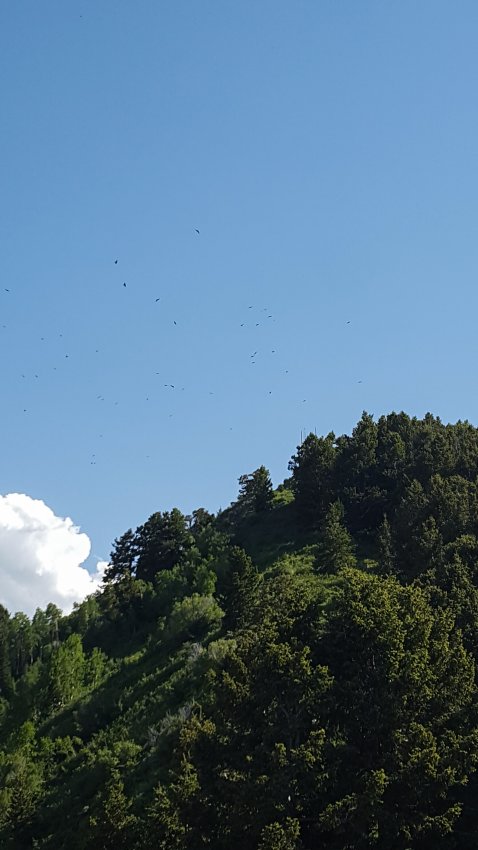 I had been doing some reading about mountain lions in the Oquirrhs and Stansburys earlier this week, so I was already kind of on edge about coming across a big cat. A noticeable number of the trip reports I had read on other sites about the Oquirrhs mentioned seeing mountain lions as well. Being alone, I decided not to push on much farther because I figured there was at least a remote possibility that there was a mountain lion kill up there and the cat was chasing the ravens off once they got close. If anyone has actual expertise in this area, please weigh in. My conjectures could be completely off, but if there were a kitty up there on the defensive, I wouldn't have wanted to be around it. Perhaps if I had had others with me, I would have headed up.

I found a little peak to get to the top of quickly, had a snack, and began heading down. The solitude was great. 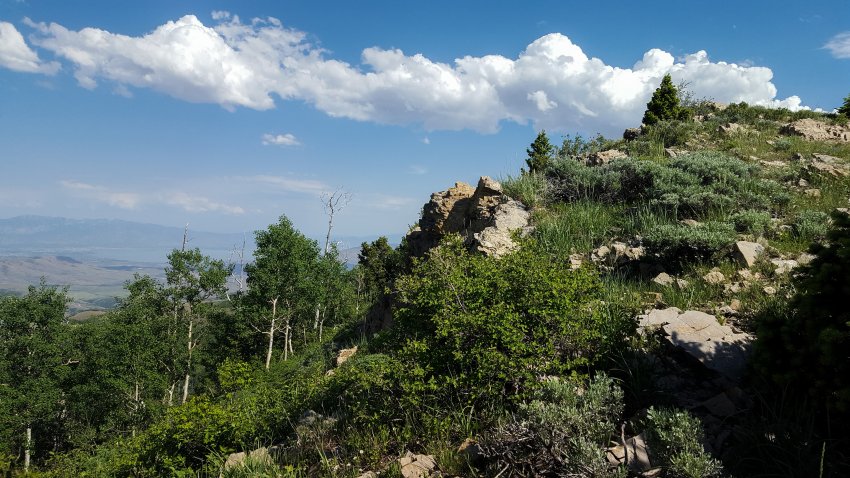 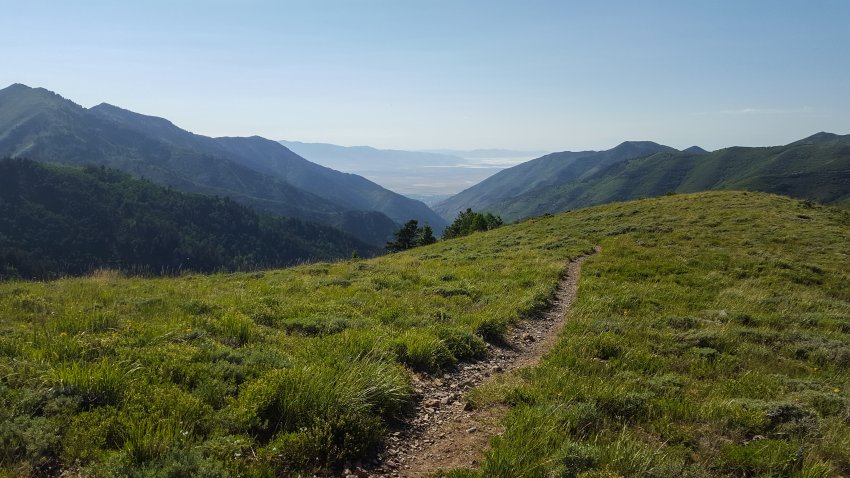 Once I was back, I took the unpaved Tooele side of the road through Middle Canyon. Once I got to Tooele, I made a stop at one of my favorite burger places, Dairy Delight. Their 1/2 pound burger is bigger than my head, and I always get it. 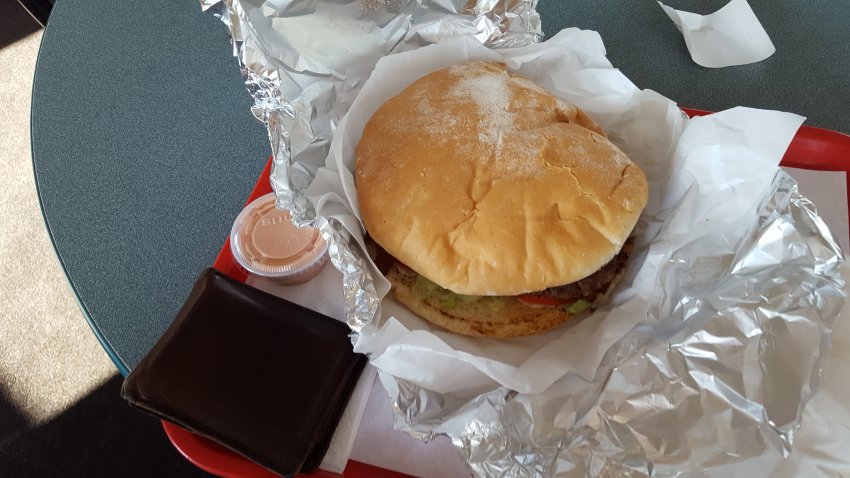 It's great living in a place where you can get off work, go for a 5-mile walk in complete solitude, and be home before sunset. The Oquirrhs are wonderful, and I'll be getting back to them sometime. 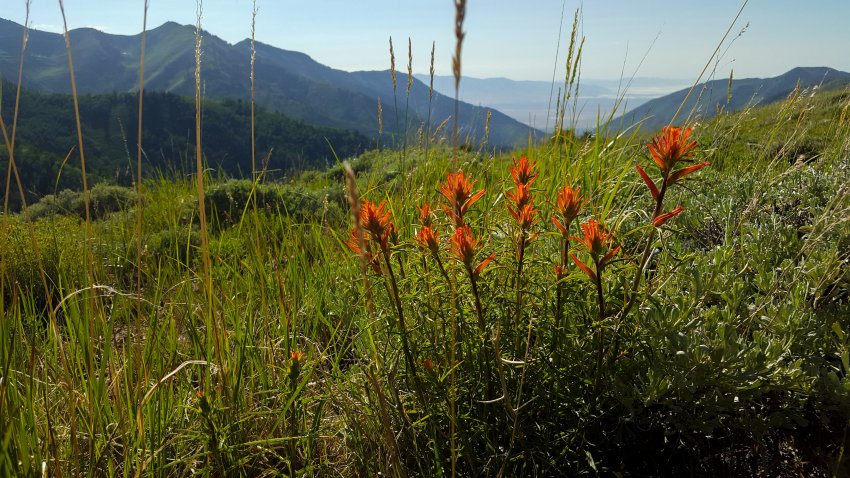 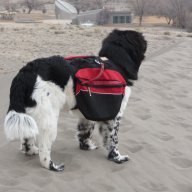 Nice way to spend an evening.
Our ability to perceive quality in nature begins, as in art, with the pretty. It expands through successive stages of the beautiful to values as yet uncaptured by language.”
― Aldo Leopold

Seems like a reasonable reading of the Ravens to me. I'm reading the book "Zoo" so I would have been in fear of the flying horde attacking me.

Beautiful looking area. I'm no expert but I think you made the right call with the ravens. You guys in SLC are so lucky. I'd do a day hike every day on the way home from work if I lived there!

Nice report. How far up Butterfield Canyon is the trailhead?

scatman said:
Nice report. How far up Butterfield Canyon is the trailhead?
Click to expand...

Thanks! It's right at the top of it where the pavement ends, if you're coming from the Herriman side. About 7 miles up the road from the turnoff to the canyon. 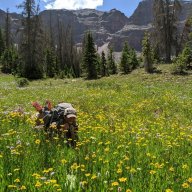 Any good camping spots up there?

Parma said:
Any good camping spots up there?
Click to expand...

I think you could certainly find some. I was kind of looking as I went along, but the trail mainly follows the ridge. There were some decent flat spots along the ridge, but they would obviously lack shelter. There were a few others about halfway to the peaks that had some tree cover but were right next to the trail. Not that you'd likely see anyone else. I'd also look on CalTopo at the area called White Pine Flat. It's beyond where I was, but I really didn't go far. It looks promising both from a photo I've seen and the maps.

In short, yes, I'm sure you could camp up there, no problem.
You must log in or register to reply here.