Well it has begun. Seems like the snow has just melted off, and in actuality, it never did in some places. But in the snow model it was gone and now our first snowstorm of the new season has it back in plenty. Only a few weeks left of backcountry travel near the continental divide. 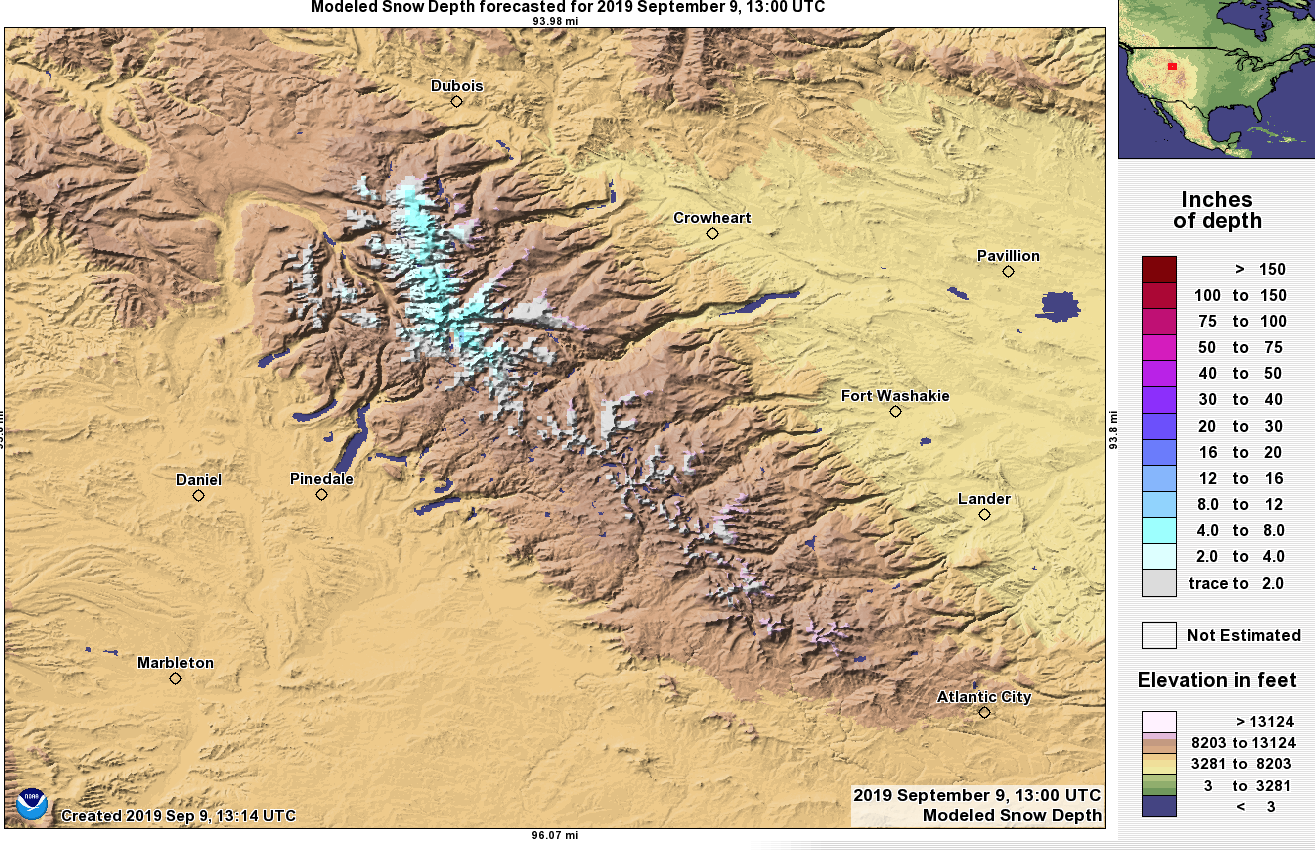 Nice. Supposed to see a bit above treeline this week down here as well. Be scraping off the skis soon enough!
Here we find Nature to be the circumstance which dwarfs every other circumstance, and judges like a god all men that come to her.

I just need the big snowstorms to hold off for one more month so I can round out the trips I had planned.

But if it does dump snow before then, I'll mostly be happy. Water is good!

I'm there Sept 12-28 so hope the storms hold off for most of that. The last week was certainly rough, but next 10-14 days looks good (though I don't really trust any forecast longer than a few days out). Good news is that's definitely the end of any mosquitoes, and maybe it'll help fishing.

Seems like this is typical Sept weather for the Winds: a week of cold/snow between really nice weather. 2 years ago, I got stuck with almost 2 wks of bad weather.

After seeing last week's weather, I upgraded my puffy from the Rab Strata to the Arcterex Cerium LT and bought a pair of REI Activator pants. Hopefully the Cerium will keep me warmer when in camp or fishing. The Strata's great for active movement in cold weather (like sleet storms going over Hay Pass). Also have an unhooded R1 for added warmth (and a good pillow).
Last edited: Sep 9, 2019

Winter is not quite yet.....fires are ramping up for a late season push.
' Not All Who Wander Are Lost '

I'm so excited for snow
http://yvonnebaurphoto.smugmug.com/

If this forecast is right, at around 11K there's 3" of new snow tomorrow but looks like it won't last long. Hopefully this helps the fire danger and doesn't make the trails in a muddy slog.

I had snow overnight at 6k near the Canadian border.

Should we use this thread for Wind River Conditions for this season too?

Anyone have ideas if they are accessable(ish) yet?

I might have weekend in June, and it's getting to hot in the desert.

Here's a comment/amateur analysis I typed up in response to @andyjaggy's question about going to the Deep Lake/Temple Peaks area in mid-late June. The snow is melting fast up there, and it's going to be gone pretty soon. 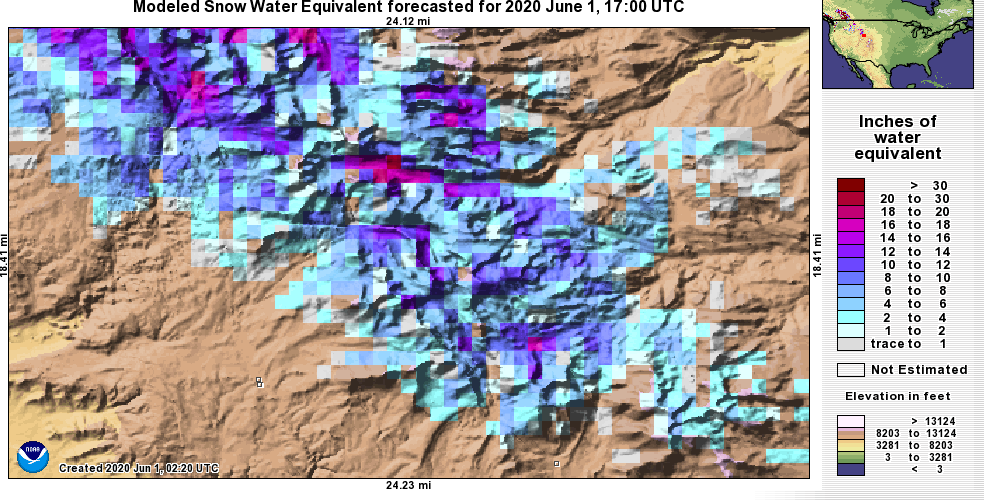 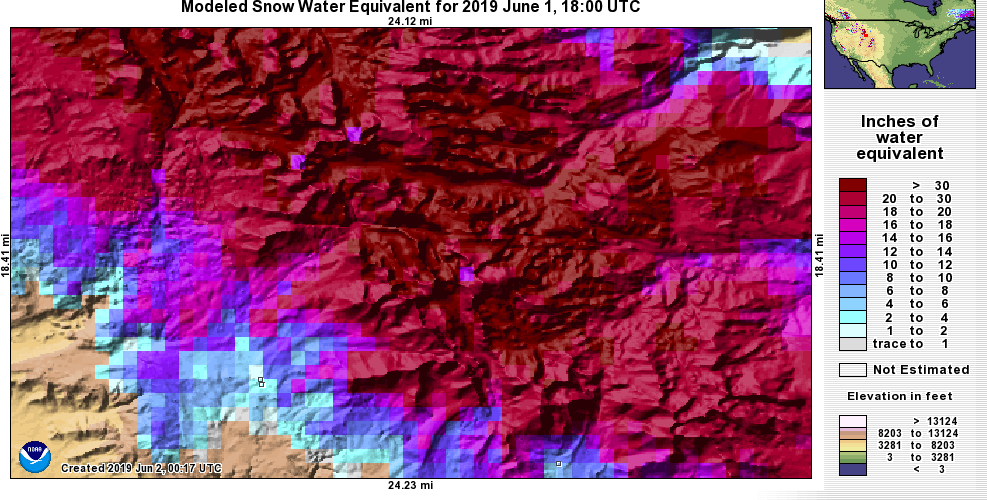 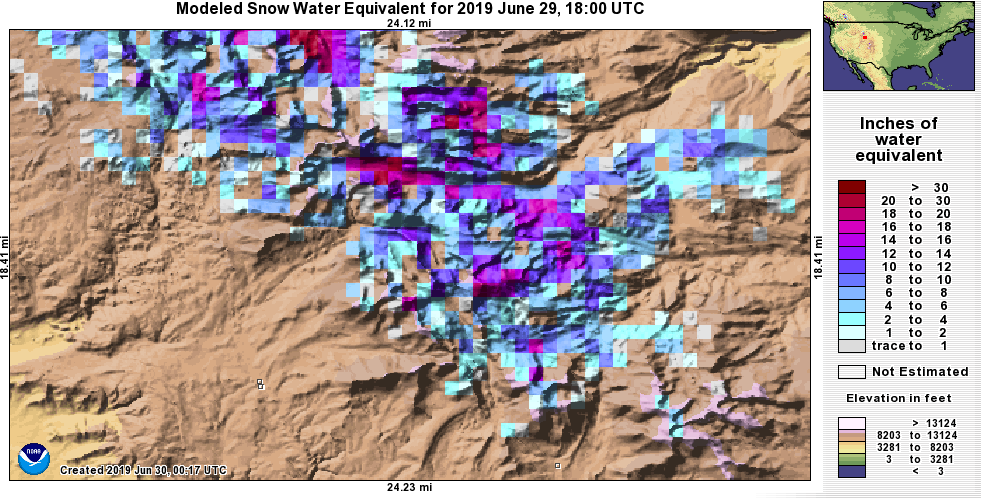 It lacks the lower elevation lighter amounts of snow, but the higher elevation, more significant, lingering snowpack is the similar, maybe even higher in some places. So we're probably 20-30ish days ahead of schedule as it stands right now.

So since your trip begins 16 days from now, hypothetically, here's 16 days after the similar snowpack day of June 29, 2019 (which happens to coincide with the last day of my trip in the area last year: 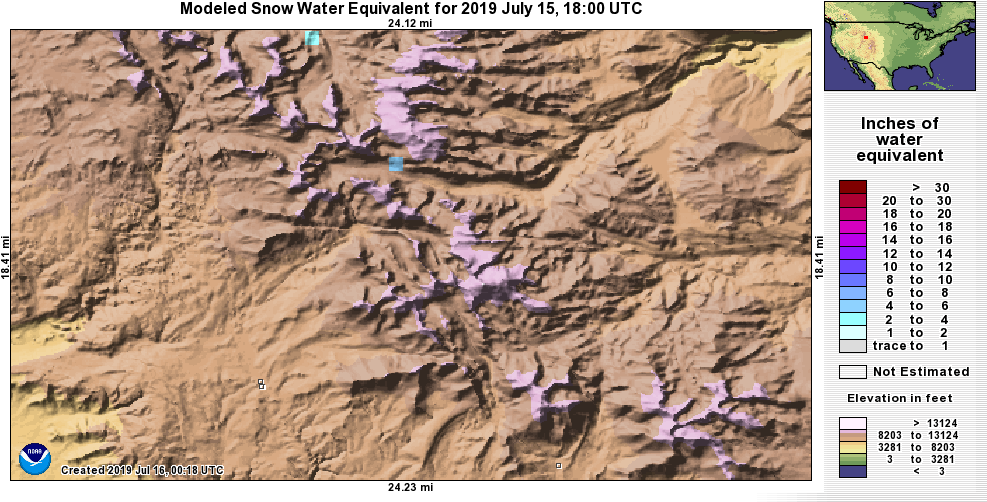 
Here's the snowpack today, only 3 days after I made that comment. At this rate, it could be mostly snow free up there by the middle of June. 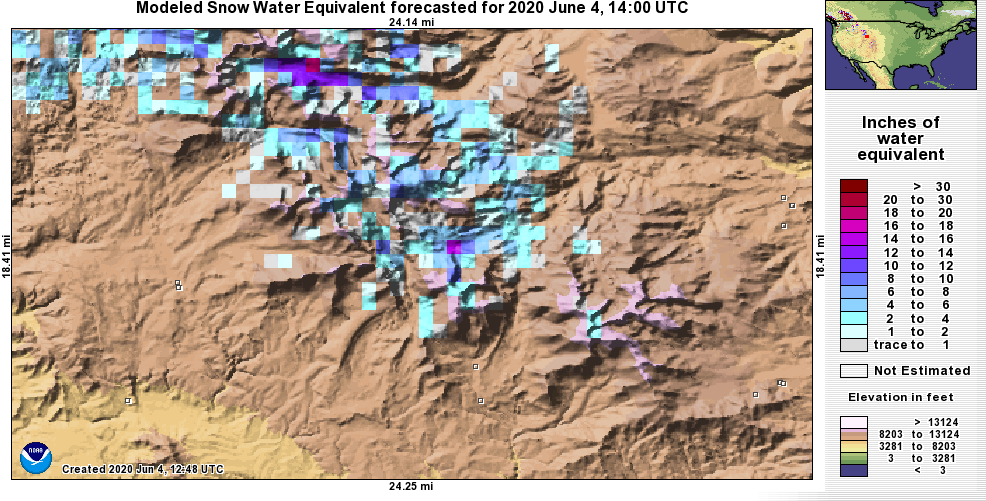 The winds are open.

I hiked Sweetwater TH to Little Sandy, up over Coon Pass, then looped back to Sweetwater TH. There was lots of suffering up high due to snow. Mossies are already there so put your adult pants on and deal. 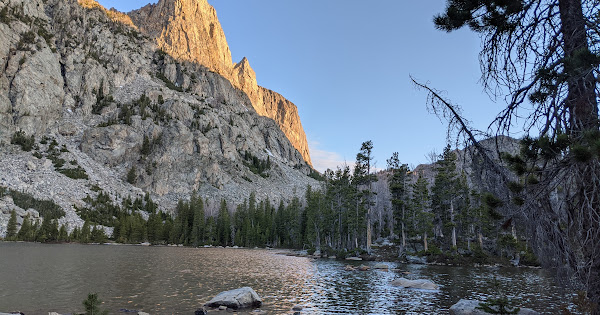 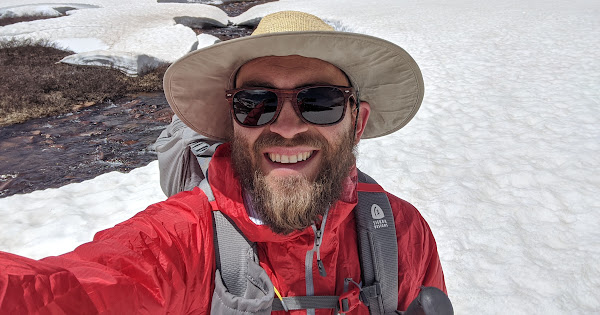 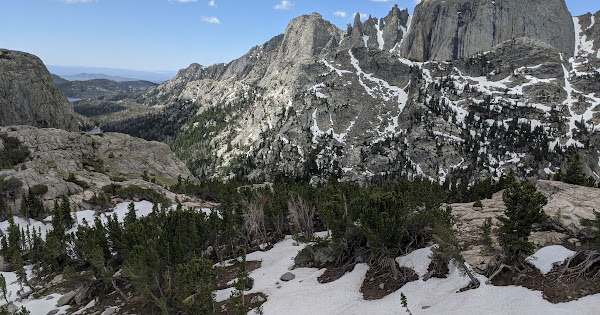 I hiked into Three Forks Park from Green River Lakes this past weekend. Snow free, but from what I could tell still quite a lot of snow up in the high country. Not a single mosquito to be found, my guess is that will change quickly.

The trail was in pretty rough shape the last mile or two. Tons of dead fall covering the trail which really slowed us down. My guess is that crazy wind we had a few weeks ago really took a toll on the area, most of the trees looked like they had fallen recently.

Guess it's better to have the trees fall when no one's camped underneath them...

Last edited: Jun 23, 2020
You must log in or register to reply here.
Similar threads