It’s never too early to start thinking of summer.

Today (2/3) I ran up to the foot of the Uintas on the north slope. At about 8500 feet, snow depth ranged from about 4-12 inches. Coverage on the higher slopes appeared decent but not amazing.

This is better than the situation in the Wasatch, but still less than ideal for water supply and fire conditions.

Unless something changes in February and March, we’re looking at an early entry to the high country this year. 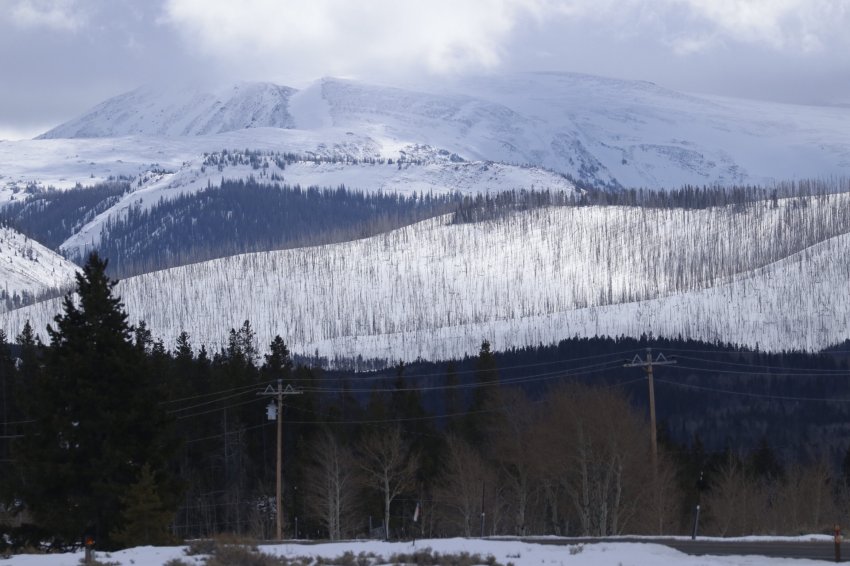 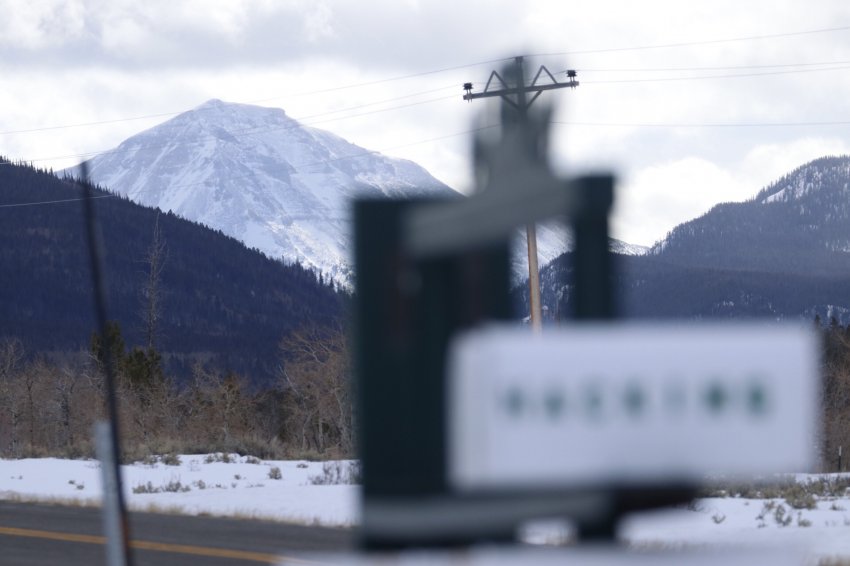 Hopefully the Uintas can avoid the fire problems that the rest of the West will undoubtedly have this summer. Scary stuff.

In my limited experience, July has been my favorite Uinta month due to the flowers being in full bloom.

If things don't change, and flowers begin blooming early, will they last through the summer?

I've got a Uintas trip end of July and would hate to miss all the flowers.
Do not pray for easy lives. Pray to be stronger men. - JFK
Orem Chiropractor

DrNed said:
If things don't change, and flowers begin blooming early, will they last through the summer?
Click to expand...

June/July is pretty reliable for flowers regardless. By end of July many will have peaked, but I bet they’ll still be on in mid-to-late July. I would think the intensity and number of blooms would be affected by a low snow year more than timing, but I’m not a botanist.

Bittersweet. Bitter: As everyone knows, we could really use all the precipitation we can get right now. Hoping for another wetter than average spring with lots of rain down low and lots of wet heavy snow to fill up the high elevation basins. But if not, the sweet will be: Early start to alpine backpacking season.
K

Now here in Northwest Wyoming, with the warmer conditions down low, not much snow. But up in the High Country there is an above normal snowpack. Just saying.

Hope the Uintas get more snow for I hate the fires.

But I have been hiking in the wild places of the west since 1978, with also being born in Colorado. Now all because there is not a lot of snow ow, things could change as for the flowers and the summer which have seen by experience. For take 2008 for instance where I hiked in the Wyoming Absarokas that summer. The preceding winter had a huge above normal snowpack. In the following spring and summer, the flowers came up everywhere. It was really nice. But the summer became hot and dry with no moisture. The trails later in July became nothing but dry and dusty bigtime. And with no moisture, the flowers wilted. Then take 2010, where again was back in the Absaroka Wilds. The winter before hand was more dry with a below normal snowpack being in Northwestern Wyoming. But once spring came, we received gobs and gobs of moisture. We received more snow up high in the spring after the ski resorts closed, then what we had received all winter. Because of the spring moisture, the flowers came up again everywhere. During the summer there contnued to be some moisture so the flowers stayed profuse and nice. So all because there might not be much winter snowpack, there also needs to be the summer moisture also.

It looks like the whole southwest is dry this winter and pray some needed moisture inundates the entire southwest and no fires this next summer. But any spring when one can have an early access into the high country is nice in my opinion. If dry in the Uintas, then this also means that the Escalante will be good for hiking this spring with easy river crossings also with not much runoff. For whatever it is worth.
' At The End Of The Road Where The Trails and Life Begins ' - Message on a sign near Cody, Wy.

I'm rooting for a dryish winter as it'll allow me to get into the San Juans earlier in the season. But this might be taking it a bit too far...

The snow pack is low tide out there. I have not even been out splitboarding once this season. Partly due to the dangerous avalanche conditions, and lack of snow pack.

Here is the most current Snow Water Equivalent report for the west. It looks like if we do not have a bomber spring in snow fall, backpacking in the Uintas is gonna start early this year. Bitter sweet as I love the snow, but with the year we have had, I'm ready to just move on and hope for a better year next winter.

Was in Aspen this weekend and there was bare ground at 9k. They have basically zero base and even the groomers had grasses poking out. Got a quick foot or so on Saturday, but it's still scary dry.

The NWS Utah state hydrologist forecasts a 10% probability that we will get enough snow to bring us up to normal this snow season.
Art
K

Now take a look on that map above of the snowpack, such a difference between the Uintas with the lack of snow to the Wind River Range with an above normal snowpack. And the thing is that these two places is actually not that far away from each other mileage wise. What an Interesting Winter! Hope the Uintas and the Southwest get some much needed moisture.
' At The End Of The Road Where The Trails and Life Begins ' - Message on a sign near Cody, Wy.

Artemus said:
The NWS Utah state hydrologist forecasts a 10% probability that we will get enough snow to bring us up to normal this snow season.
Click to expand...

Kmatjhwy said:
Now take a look on that map above of the snowpack, such a difference between the Uintas with the lack of snow to the Wind River Range with an above normal snowpack. And the thing is that these two places is actually not that far away from each other mileage wise. What an Interesting Winter! Hope the Uintas and the Southwest get some much needed moisture.
Click to expand...

It appears all the big winter storms that usually come in from the northwest have all stayed more northward, rather then spreading southward from time to time.

Kmatjhwy said:
Now take a look on that map above of the snowpack, such a difference between the Uintas with the lack of snow to the Wind River Range with an above normal snowpack. And the thing is that these two places is actually not that far away from each other mileage wise. What an Interesting Winter! Hope the Uintas and the Southwest get some much needed moisture.
Click to expand...

Good observation Kmat. And I keep an eye on the Windies and Uintas because they are special, to me. The Winds south end was below normal until recently. And the north slope of the Uintas was normal and above for much of the season until now. I believe that dividing line between the warm colors (dry) and the cool colors (wet) is pretty much an indication of the average location of the jet stream and shows how it is pushed farther to the north again this year in its dive northwest to southeast. The firehose that used to give our Wasatch the 500" of snow at Alta that we were all accustomed to for so long had the flow with a bullseye on the great salt lake and the wasatch. Not this year.
Art

If you look at Alaska on that map, its like a mini version of the lower 48's snow pack situation. Coastal and southern areas below normal, northern areas above normal.

I camped up near White Pine on the MLH this weekend in a dispersed camp spot. There is still a bit of snow. Had to camp way down low in order to camp dry feet. The MLH is still closed at the gate with snow on the road from there. Melting fast but the rivers have not come up much yet.
Art

The South Gate is open! I got as far as the Duchesne Tunnel before the road was slush packed. Going to go fast. 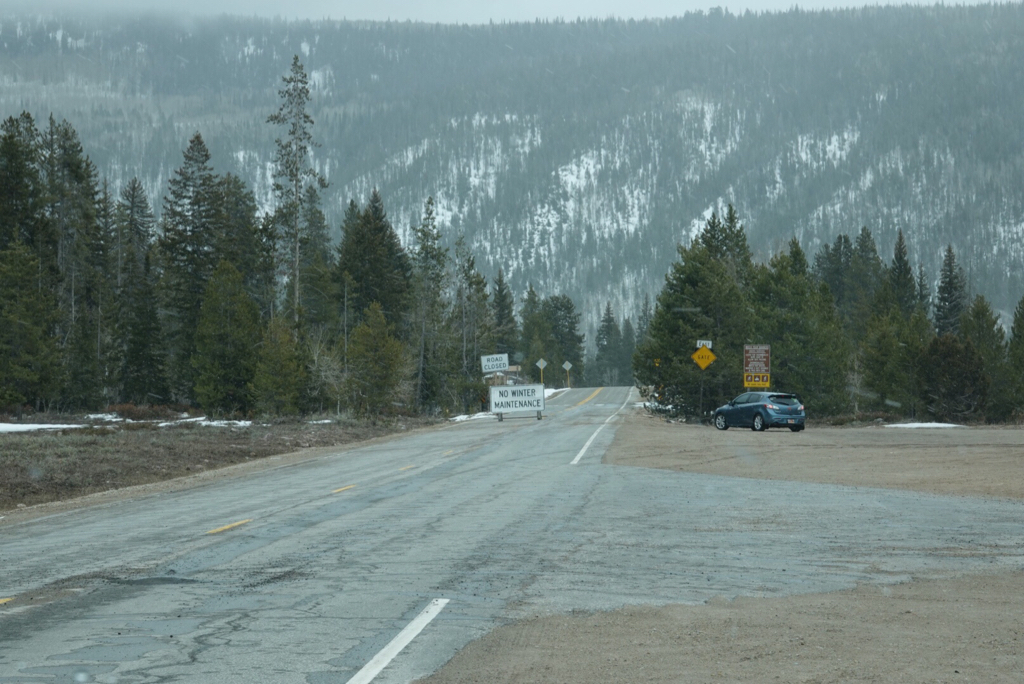 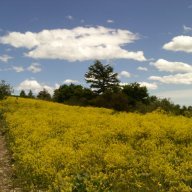 My wife and I went up Saturday, duchesne tunnel was the end of the line. Trucks and trailers were for the most part blocking the road at that point. We did manage to get by them and made it as far as the next campground but the roads were really slushy.
It surprised me how fast people would be going when they got to the orange barricade considering they had already gone around one that said the road was closed, saw one close call where they had to slam on the brakes to avoid not hitting a vehicle.
Last edited: Apr 15, 2018

Someone on Facebook asked if MLH was open. Got this reply from U. S. Forest Service - Uinta-Wasatch-Cache National Forest:

Not all the way from Kamas to Evanston. On the Kamas side you can only get to the Spring Canyon, about 2 miles from the turn off to Soapstone and on the Evanston side you can get to the turnoff to Whitney Reservoir approx 4 miles. 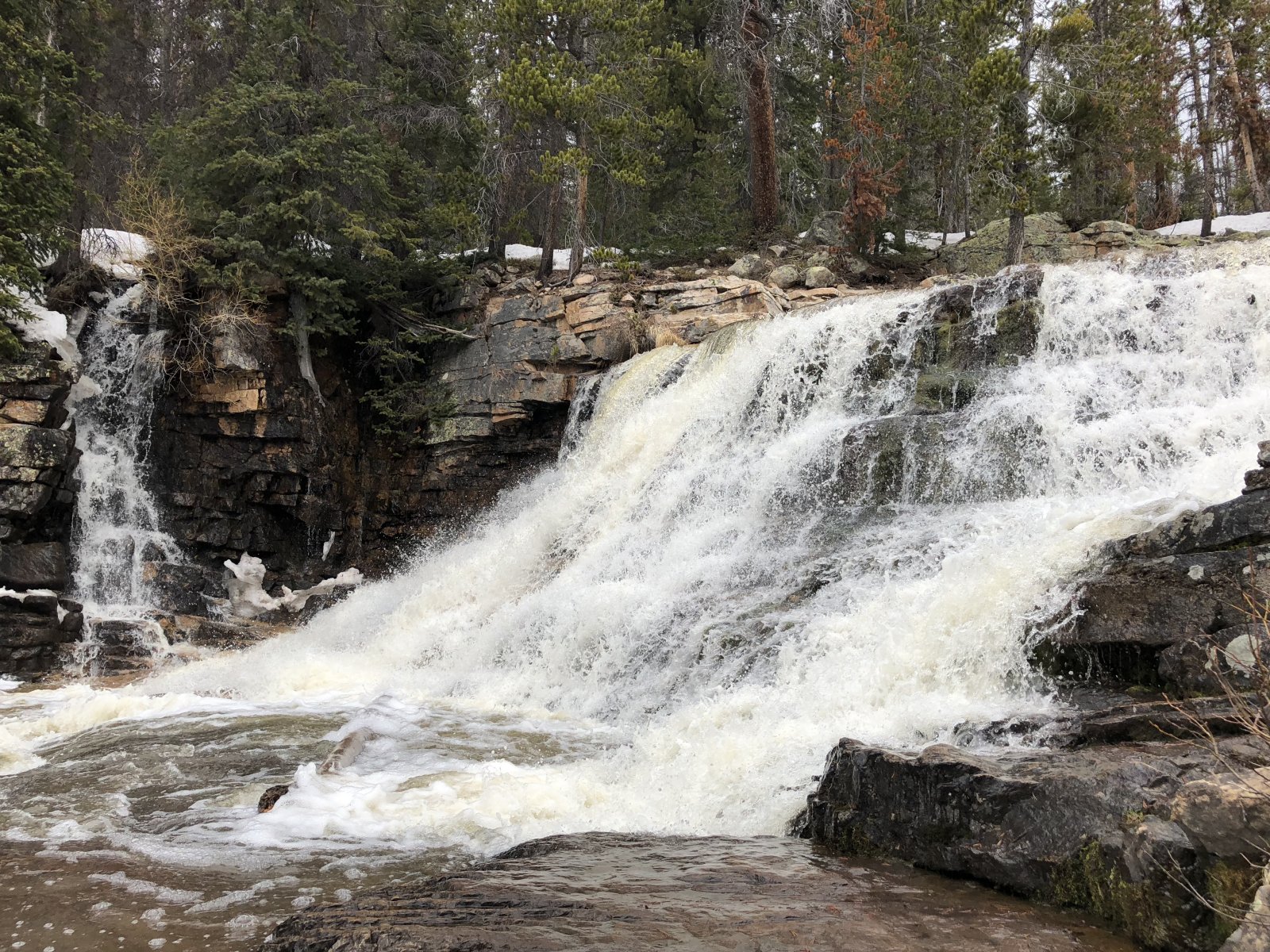 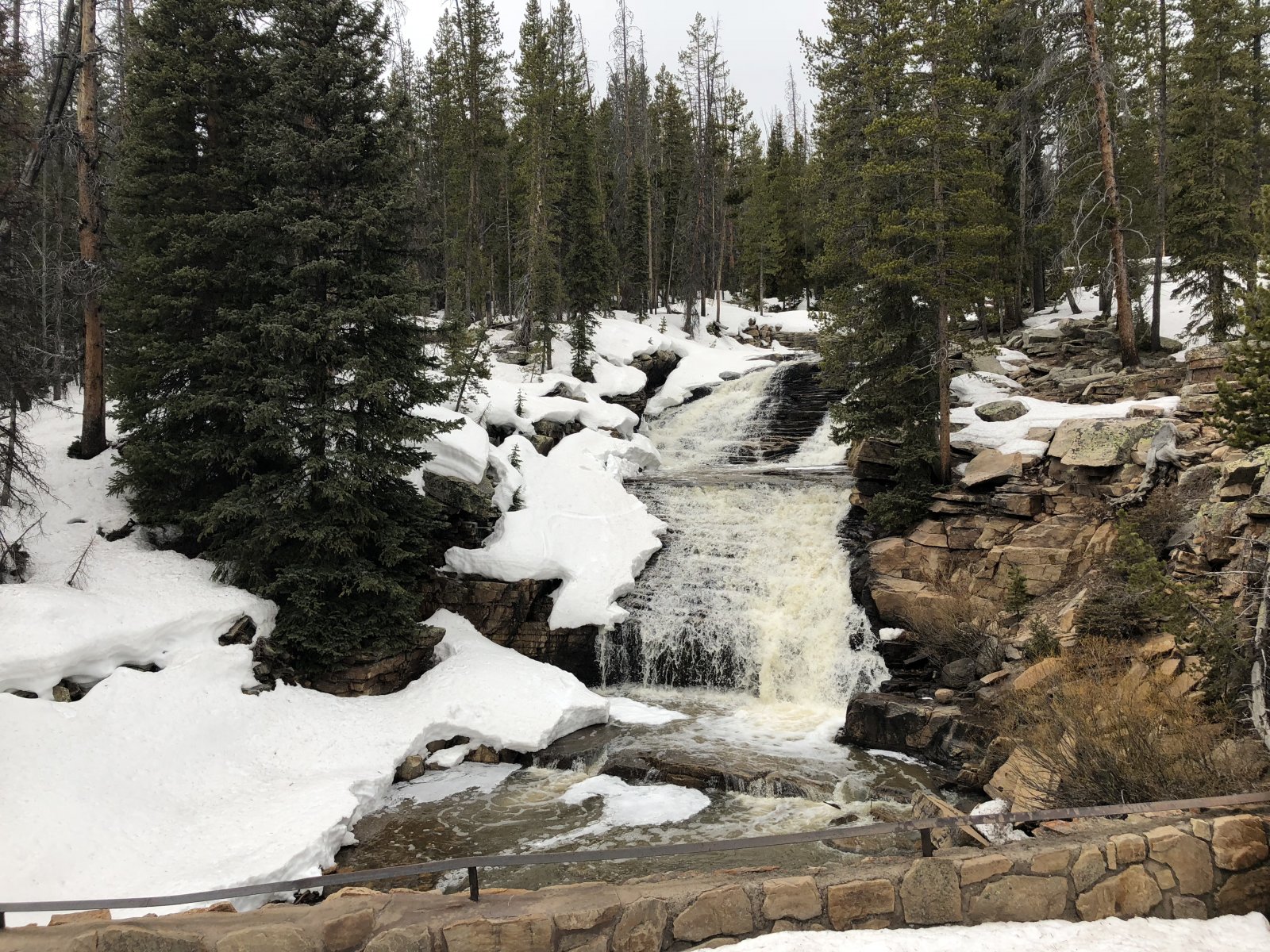 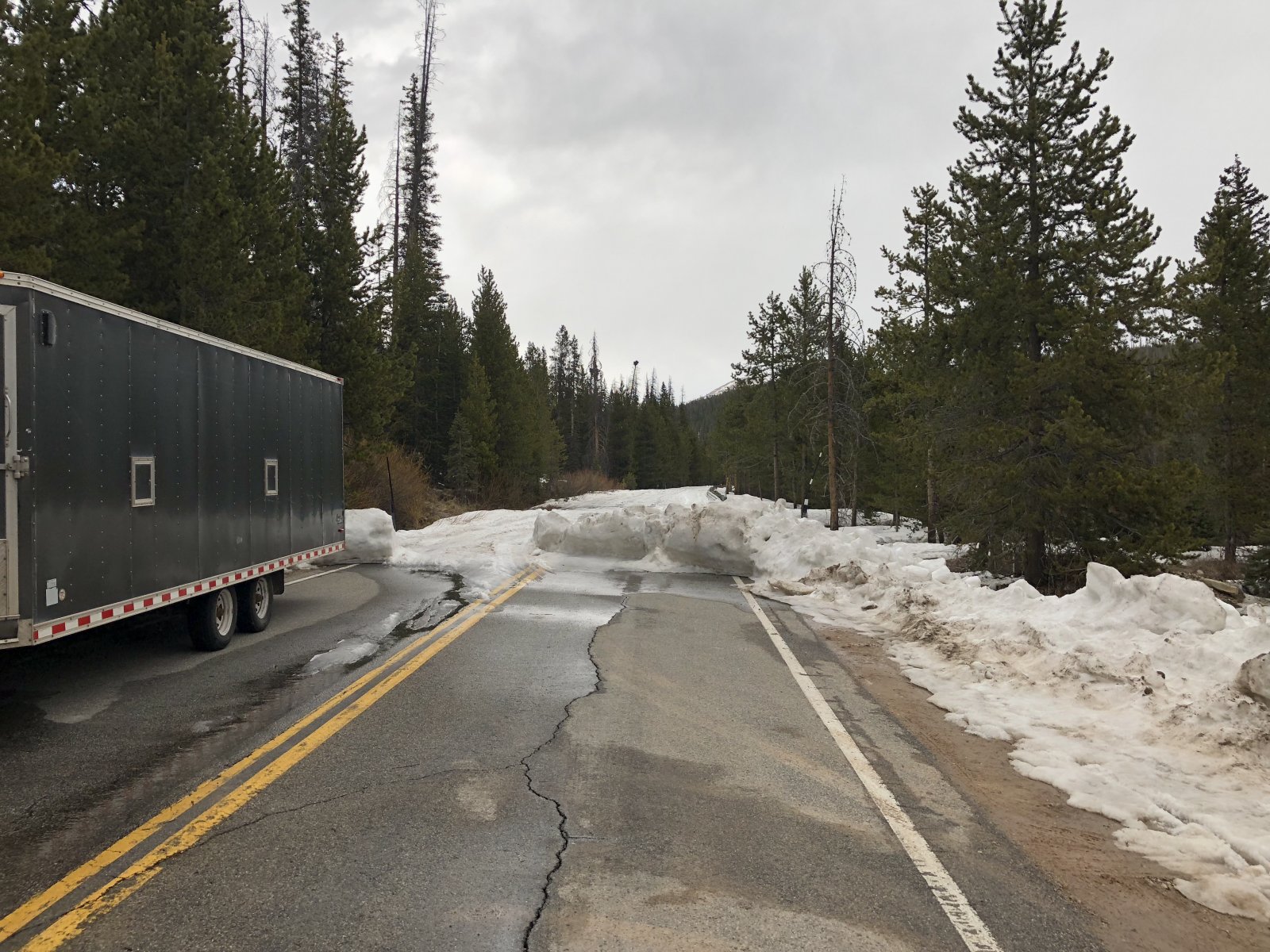 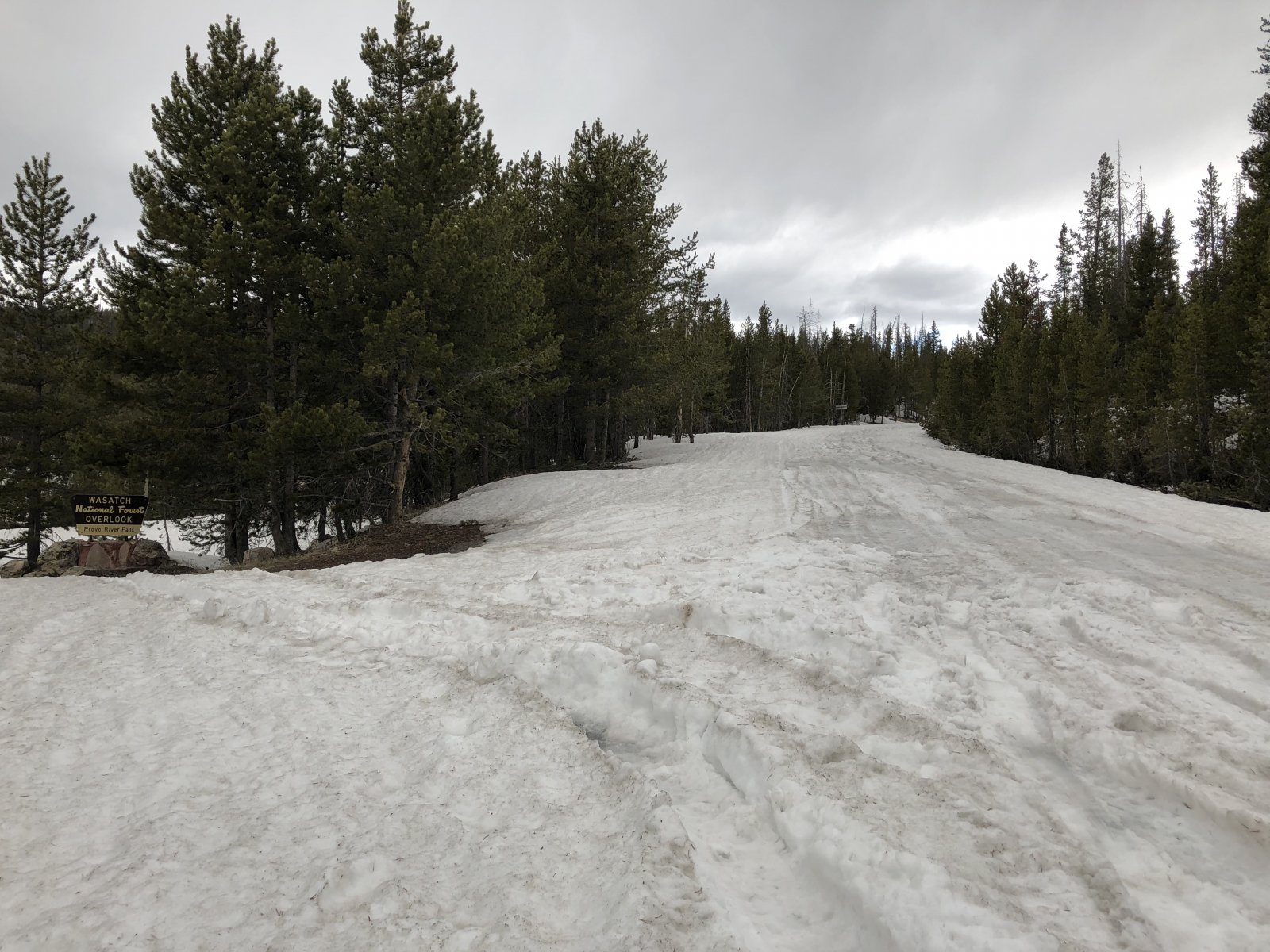 Today’s recon mission, slate gorge is the end of dry road, made it too Provo river falls before the slushy road got a little iffy.
You must log in or register to reply here.
Similar threads