Survivorman is coming to the Uintas

It seems Survivorman is coming back to Utah. This time to the Uintas. This is from his Facebook page today. I imagine my comment will be deleted in short order. 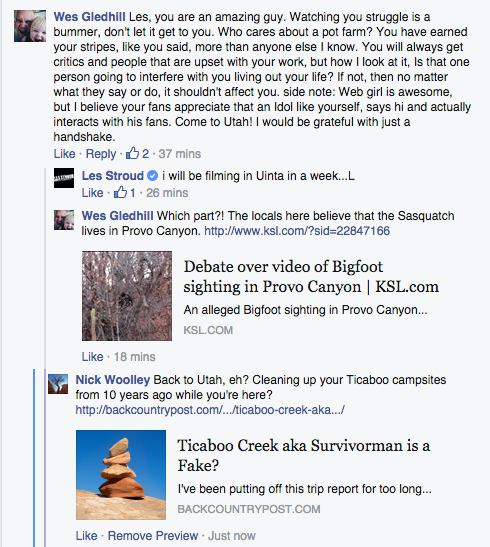 Should have included a link to the post. Basically a rant about how if you're not a fan you should stay off his page and how he really survives and no one else does.

Someone must be asleep at the 'delete post' button over there. I think I'm probably going to get banned this time. 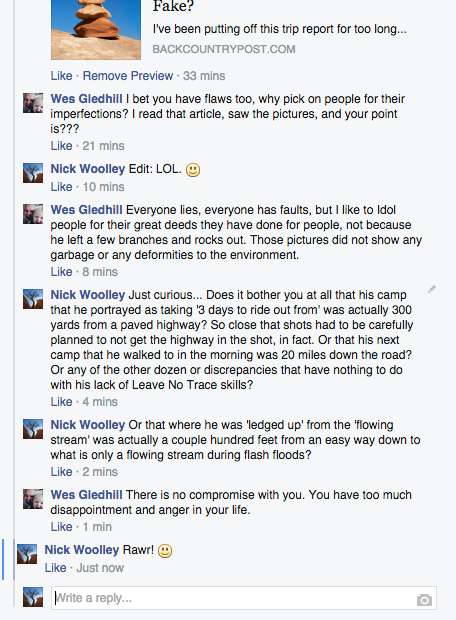 Haha ......... at least he dresses fashionably. Clothing line is probably next like BG.
' Not All Who Wander Are Lost '

How much would it suck to have Wes Gledhill humping your ankle all the time? Poor, poor Les... 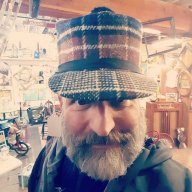 He didn't read too much...there hasn't been any traffic on my Survivorman pages today.

Man, that rant of his is proof that you should never get on Facebook while in the middle of rolling around on the bathroom floor sweating and puking. I wouldn't normally think twice about any of this. It's all pretty par for the course. I just read the start of the rant and thought I'd check out the comments. First one I clicked on had the news of him coming back to Utah which I just couldn't not say something about. And of course the irony in it all.

Here's the full text for those who don't click through to FB. My favorite parts are underlined.

Edit: here are highlights of his rant. That was just too much to post.

...apparently people aren’t so accustomed or able to handle the truth when a person shares.

...or comparing me to the copy cat shows than do NOT do what I do but rather fake all their survival scenarios – I really don't care.

I earned my stripes. Full on. By surviving. Alone. Filming it and making a series that started the entire survival tv genre. NO one else has done that.

you wanna bitch about me – go to some lame forum and do so – or tell me in person - but stay off my page.
IG: @backcountrypost

I won't reply to your emails, so it will be very hard for you to tell me what you think in person...unless you see me out surviving while driving down the highway...

Haha! Keep an eye on the Mirror Lake Highway in a week or so!
IG: @backcountrypost

'there is no compromise with you,' Nick
i love this site

Please please please include me on the next debunking trip. The Uintas are faaaaaar better known than some of his locations.

Oh man, all of this is so hilarious! He sounds like a nut to me. And his rant is all smoke and mirrors, he knows you're dead on.

It would appear I need a life. 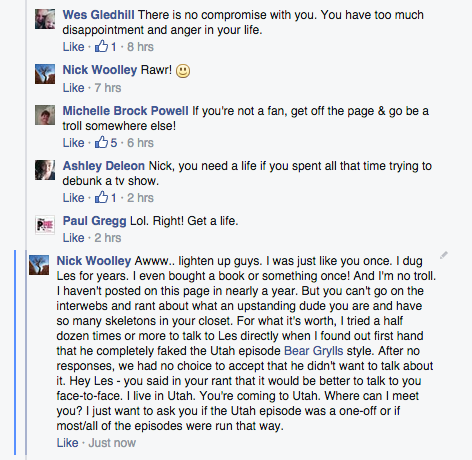 Aww boo. It took a while, but now my posts are no longer being allowed on his page. I'm not going to sleep at night if I can't get on there and defend myself from those guys. If anyone hears/sees anything about Les' shoot in the Uintas, please post! I'd love to go say hi!
IG: @backcountrypost

Whoops, I lied. Apparently only posts that tag Bear Grylls are auto-moderated. Haha. I fixed it so that I can keep getting beat up by the Les fans.
IG: @backcountrypost

Nick said:
Whoops, I lied. Apparently only posts that tag Bear Grylls are auto-moderated. Haha. I fixed it so that I can keep getting beat up by the Les fans.
Click to expand...

I'm fascinated by the 1,000 posts from people who think they're having a personal conversation with Les Stroud.

Are your comments still there?
You must log in or register to reply here.
Similar threads