I'll be heading up there tomorrow. Hopefully he can be found.

I'll wear my BCP shirt in case anyone else from here is planning on going.

I may be going as well, to be determined. 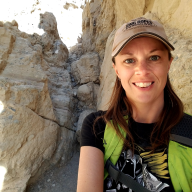 I'll be up there Sunday. Obviously hope he's found before then. Keep us updated.

I'll probably head up on Sunday as well if the search is still going.
IG: @backcountrypost

Any news from today?

I haven’t seen any news.

I got up up there with a friend at 8:00 a.m. but left after waiting a little over 3 hours without being sent out. I felt bad about leaving, but I didn't have the time today to start the grid search at 11:30 or noon if I couldn't leave until our grid search was completed. I understand needs and circumstances change rapidly, but hopefully they are able to get the searches underway more quickly next time.

Met and got to know @Dave while we were up there, so that was cool. I think he stuck around for the search, even though he got there at 6:45 a.m., which means he may have waited 4.5-5 hours to get going.

They had National Guard, Summit County Sheriff's Department, a few search and rescue organizations, and then the Garrett Bardsley Foundation there. Probably 100 or more people showed up to volunteer with the Bardsley Foundation.
Last edited: Jul 21, 2018

And as an additional note, I just got an email from the people at the Garrett Bardsley Foundation, and they said they will be doing searches tomorrow too.

That sucks that the volunteer effort is kind of being stifled like that. Especially with the inevitable afternoon thunderstorms up there. If someone wanted to go up and just search on their own, was that allowed?
IG: @backcountrypost

Nick said:
That sucks that the volunteer effort is kind of being stifled like that. Especially with the inevitable afternoon thunderstorms up there. If someone wanted to go up and just search on their own, was that allowed?
Click to expand...

When I helped with search for Melvin Heaps last year there were folks still coming in to backpack so I would say yes. You’ll just have to park quite a ways away as they had the Crystal Lake trail head parking lot closed. I’d bet it’s the same here. If it were me I might park at Trial and take that trail into the area.

I wonder if the SAR team has anything like this:

It was the first mission where MRA used a Matrice 210 drone fitted with an infrared camera and a second, powerful zoom camera. The drone was used at night to pinpoint where a woman was walking and to direct a ground team to her.

"We would have never found this woman," said Doug Paley, a rescue leader.
...

The drone proved indispensable on its first mission and MRA sees huge potential. It could be deployed to pinpoint the location of a cliffed-out or lost hiker on a steep slope and to determine if ground or air crews would be needed for a rescue. It can provide ground teams with GPS coordinates to a lost or injured party. In the case of a climbing accident, the drone could be used to search for signs of life. In a rescue or retrieval, the drone could pick out a landing zone for a helicopter. It could even deliver supplies. It also will help with the vital role of making sure rescuers are safe over the course of a mission, said David Swersky, a longtime rescue leader.

Jack Earnest, an MRA volunteer and member of the board of directors, said the infrared camera provides obvious advantages for nighttime searches. It picks up heat and converts it into an electronic signal, which produces a thermal image on a monitor.

"It could save a life," Earnest said.

The 30-times optical zoom will be an immense addition, as well. A drone hovering high over a mountain slope will be able to scan the area for a person, potentially eliminating the dangerous work of a helicopter making passes with spotters.

This drone can hover at 200 feet over ground level.

I know this has been asked before here, but why so many missing in the Uintas? Are they difficult to reconnoiter using landmarks, thick foliage, etc.? The only time I've spent in them is on their east end.

And are they searching in the lake itself?

Nick said:
That sucks that the volunteer effort is kind of being stifled like that. Especially with the inevitable afternoon thunderstorms up there. If someone wanted to go up and just search on their own, was that allowed?
Click to expand...

I don't think anyone would stop you. Like @Perry said, parking could be an issue. They had the Crystal Lake TH parking closed off partly, but there was plenty of overflow parking. Dave was considering doing a little solo searching when we first ran into him.

Rockskipper said:
I know this has been asked before here, but why so many missing in the Uintas? Are they difficult to reconnoiter using landmarks, thick foliage, etc.? The only time I've spent in them is on their east end.

And are they searching in the lake itself?
Click to expand...

I think a part of it is the huge number of people that use that area. Just the odds at play.

So which Hidden Lake are they searching?

Dr Nebz said:
So which Hidden Lake are they searching?
Click to expand...

Pretty sure it’s the one by Peter Lake. @Jackson ??

Perry said:
Pretty sure it’s the one by Peter Lake. @Jackson ??

Yep. That's the one.

The Bardsley Foundation people had some technical issues downloading grid waypoints to their GPS devices this morning. It kind of hamstrung their efforts. That said, we did get out and grid search an area near Notch Lake this afternoon. Afterwards, I set out solo and went cross country from there back to Trial Lake.

Going in to search solo is certainly an option and one I considered today. However, I think the sheriff's office will frown pretty heavily on people getting into the "hot" zone around Hidden Lake itself. From what I overheard this morning, it sounded like they were focusing on the cliff bands to the west of the lake dropping down into the Weber drainage.

BCP members are a little more adept than your typical volunteer, so working a grid seems a bit tedious. But I know the Humpherys family is putting a lot of hope into that volunteer effort. That can't be discounted.
You must log in or register to reply here.
Similar threads