Another day trip to Rocky Mountain NP. I'll keep this one short, since about the first 50% overlaps with my Sky Pond report from last week and conditions were substantially similar.

In the To Do in 2023 post I connected with @RyanP who has some similar winter goals this year and he invited me along for this one. His teenage son and a co-worker were joining us as well.

Black Lake is another very popular summer hike out of the very popular Glacier Gorge/Bear Lake THs. We didn't get to the TH until a little after 10a and were able to grab a spot in the Bear Lake lot, though it was definitely a bit busier than last weekend. The trail itself was fairly busy until Mills Lake, but dropped off abruptly after - in fact, we had the honor of breaking trail from shorly after Mills Lake until arriving at Black Lake. Snowshoes were essentially required after Mills Lake.

Even better weather than last week - though I could've done with about 10° colder. Lots of wind up high, but we were well sheltered on our route.

Fun cloud formations over Mills Lake. The upper level clouds were zooming across the sky.

Looking back across the lake.

Our "trail" w/ the Arrowhead in the deep background. The beaten trail ended quite abruptly as prior visitors decided not to push through the deep snow.

Followed directly up the drainage in some sections, however thin ice and running water made this less than ideal.

Large sheets of ice on the cliff sides around Black Lake. A popular place for ice climbing - and I can see why - but nobody there today.

360° video of Black Lake.
Following our own tracks on the return made things much easier.

Another fun day in the mountains and an opportunity to hike with some new partners. It was a pleasure meeting all - thanks for the invite @RyanP. Hope to do it again soon!

Thanks for joining us! The last few days I keep thinking about how awesome Saturday was, and I'm definitely looking forward to future adventures. The photos just don't do it justice; Black Lake in the winter (especially on a beautiful day like that) is one of my absolute favorite day-hikes. Here are a few more photos: 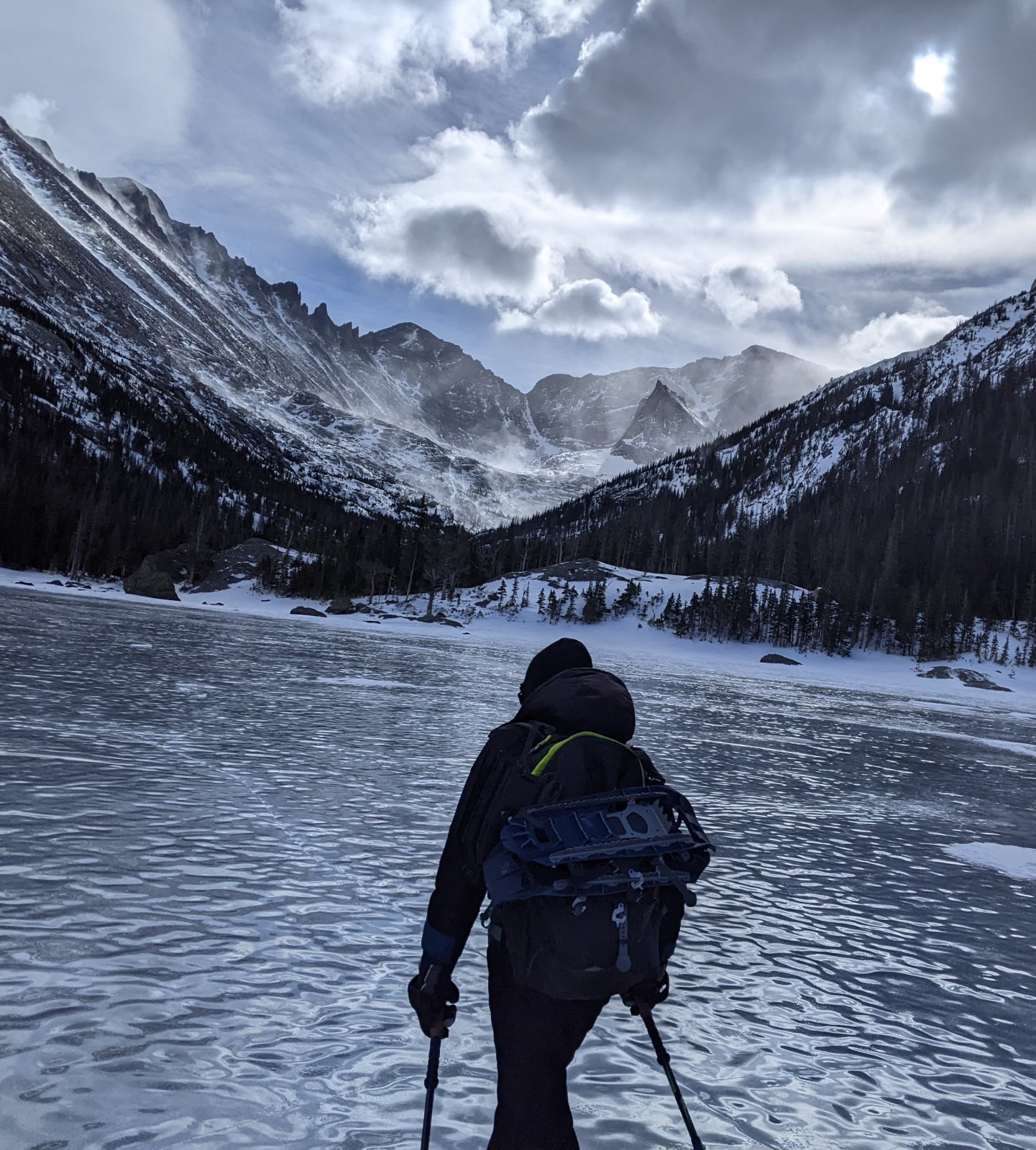 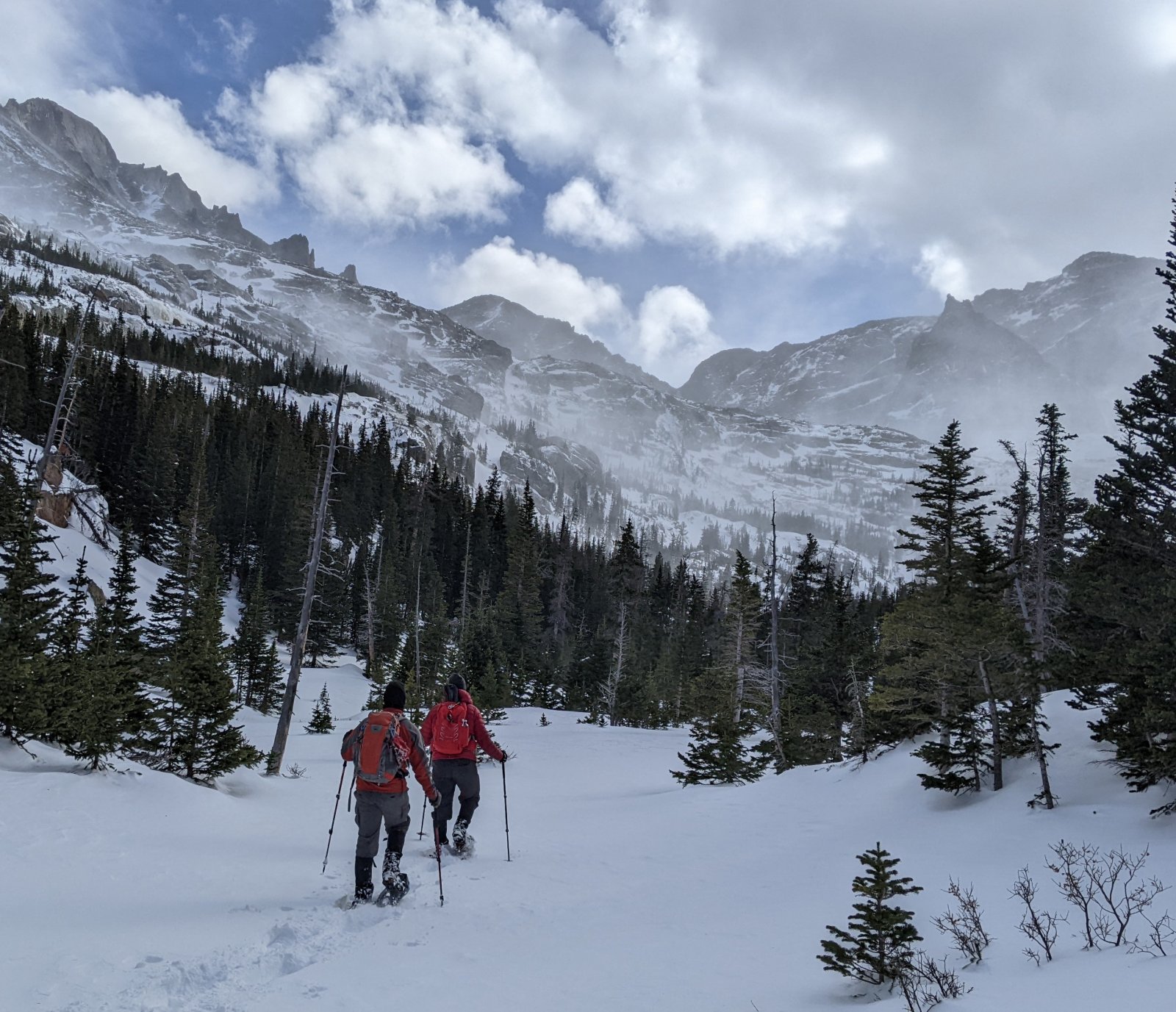 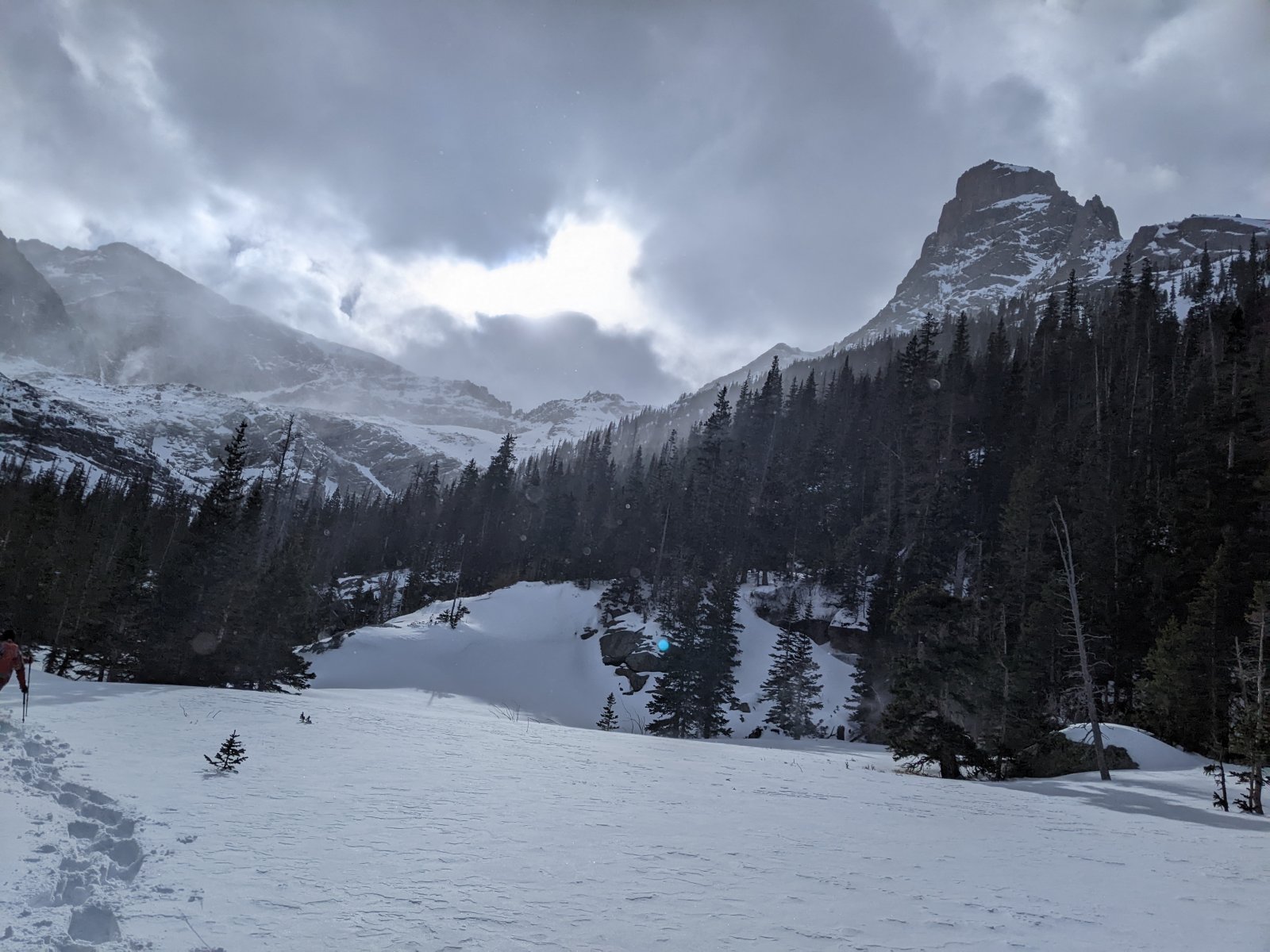 That looks like a great day. I wish I could join you guys, but it is a little far for a dayhike
My trip reports: backpackandbeer.blogspot.com
You must log in or register to reply here.
Similar threads