Last weekend time was about to spring forward, there was finally some new snow, and the weather was going to be perfect. So late Friday afternoon, a friend and I started up Mill B, leaving a mostly empty parking lot behind, and going solitaire up a trail that at any other time of year is anything but quiet.
I know there are several other trip reports about the area, and on a Friday night in summer it is hard to find parking, better yet a good place to camp, but even a warm winter deters....

The hike up was peaceful as the sun was setting before time would change on Saturday.
Some late afternoon sun back towards Big Cottonwood Canyon. 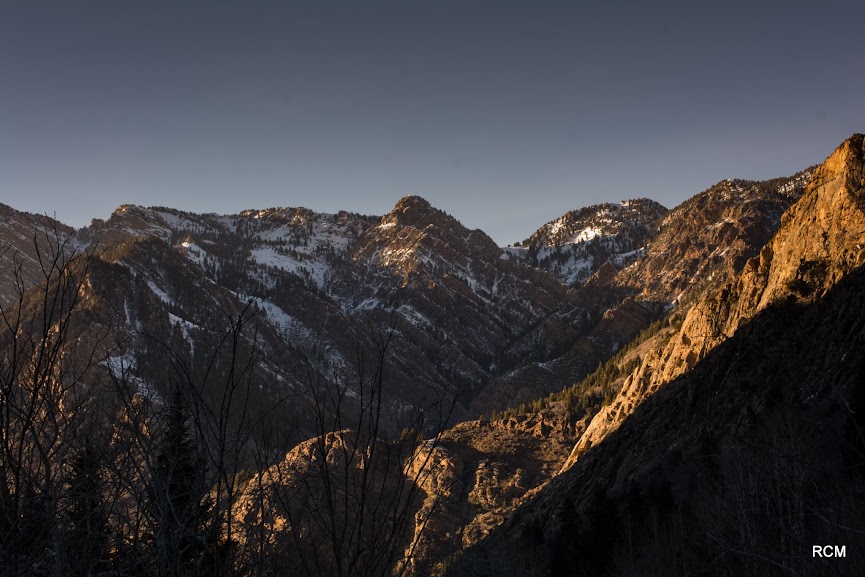 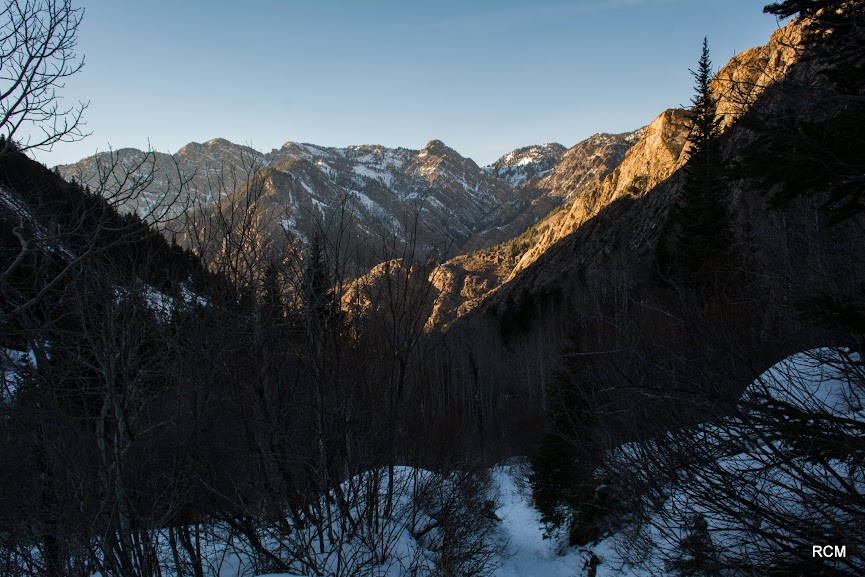 We stopped for a rest around sunset just before starting the last bit of climbing. 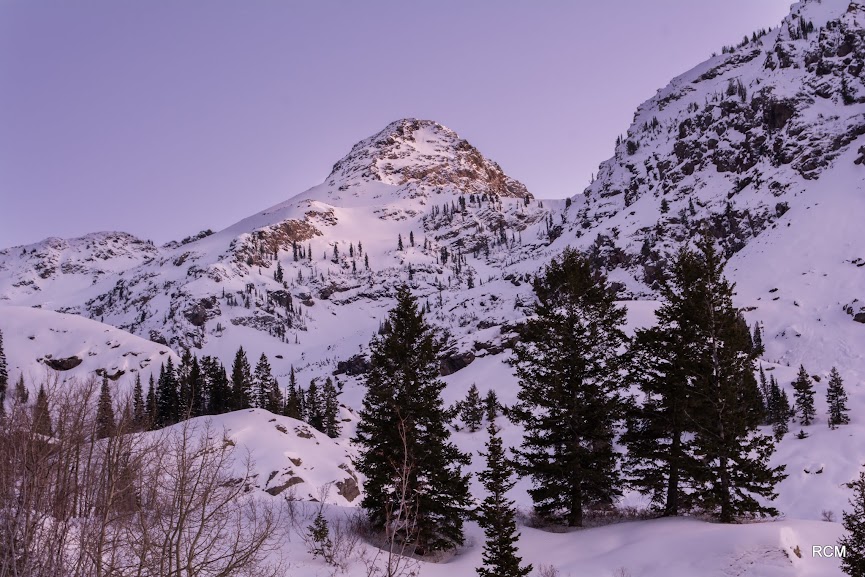 We had snowshoes, but did not need them until the very, very last stretch.

A lingering cough, instead of the weather, had kept me a bit inactive recently and was taking its toll during the last part of the hike up, so it was dark when we got to the lake. We were alone and would not see anyone until after 8am the next morning. Once camp was set, the moon was beginning to rise, and so I took a few shots.

I hadn't noticed a plane snuck into this one when I took it, but.... 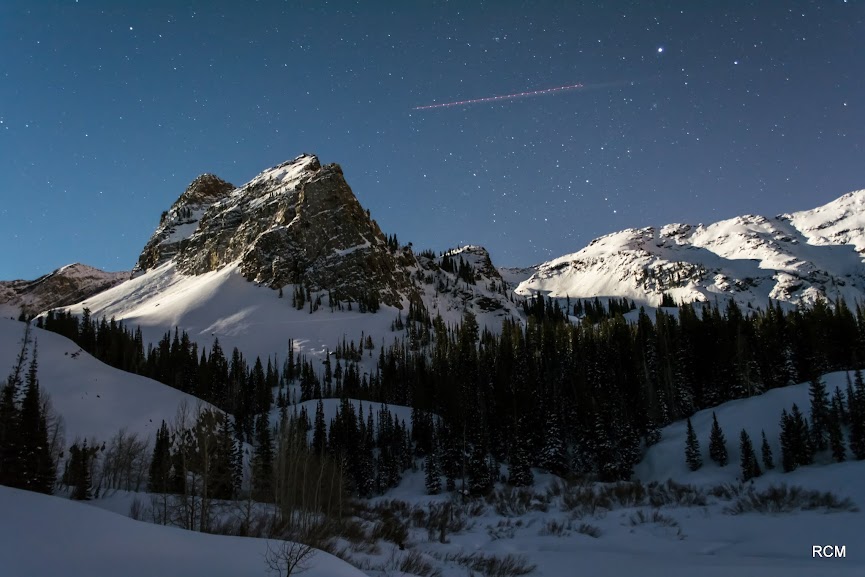 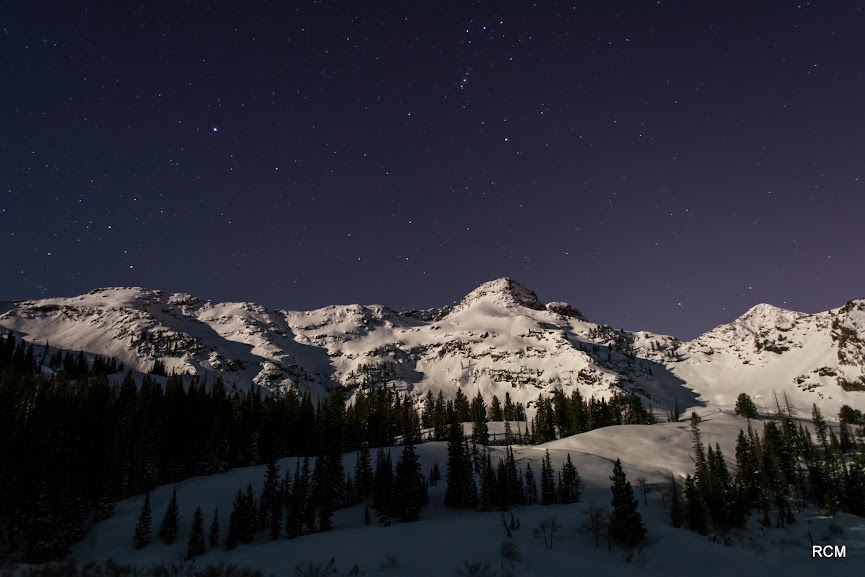 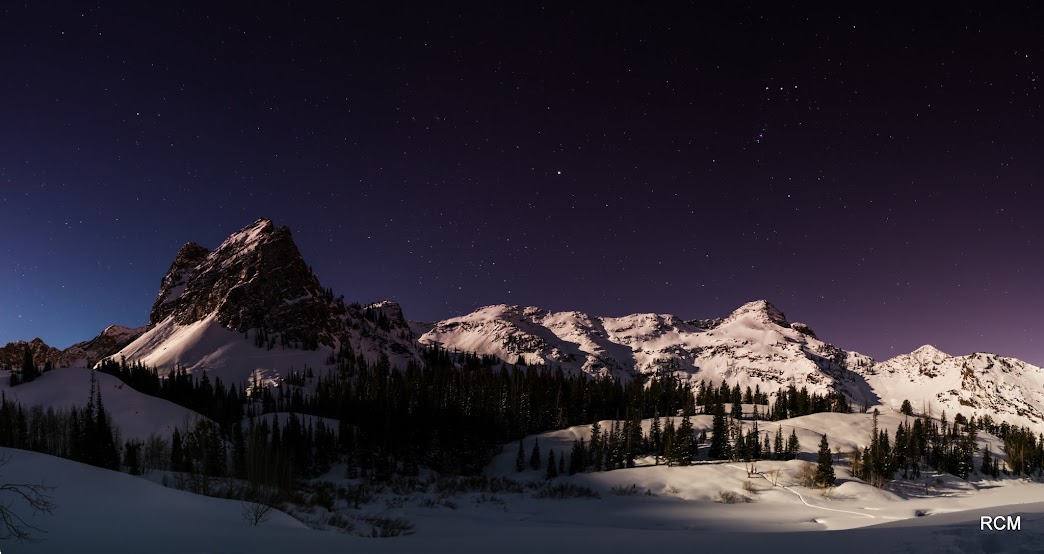 I had not had enough water on the climb up and it killed my appetite, so after a short time we turned in. This meant that around 2am I was awake (after a few great hours of sleep), when coyotes started calling and laughing to each other in the moonlight. I listened to them off and on through the night. Which was better than the melatonin induced snoring next to me. Our camp was probably the only interesting thing around for miles, and sure enough the next morning there were tracks skirting camp.

My mattress has a slow leak I have yet to fix, so when I was nearer the ground than above it, I looked outside and saw the moon setting. Surprisingly the morning was a warm 20+, warmer than when we setup camp. So I slipped out and started moving around. 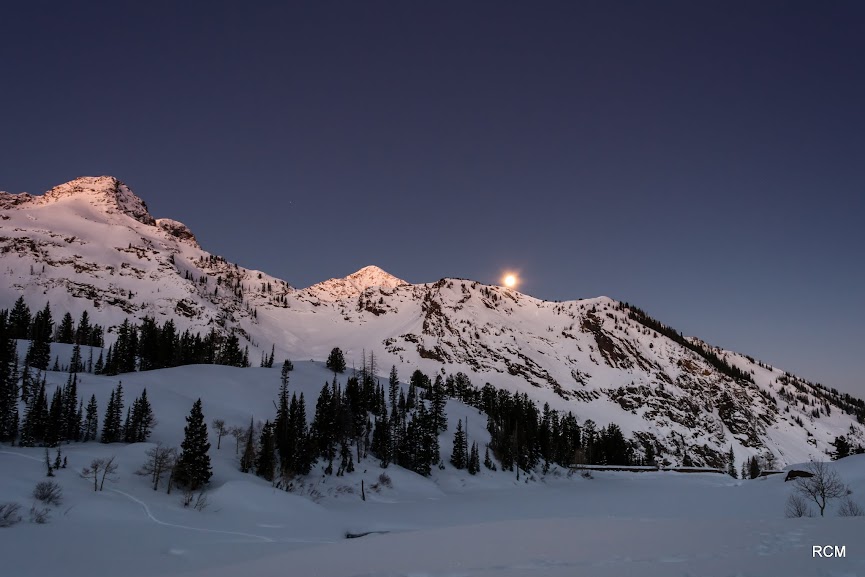 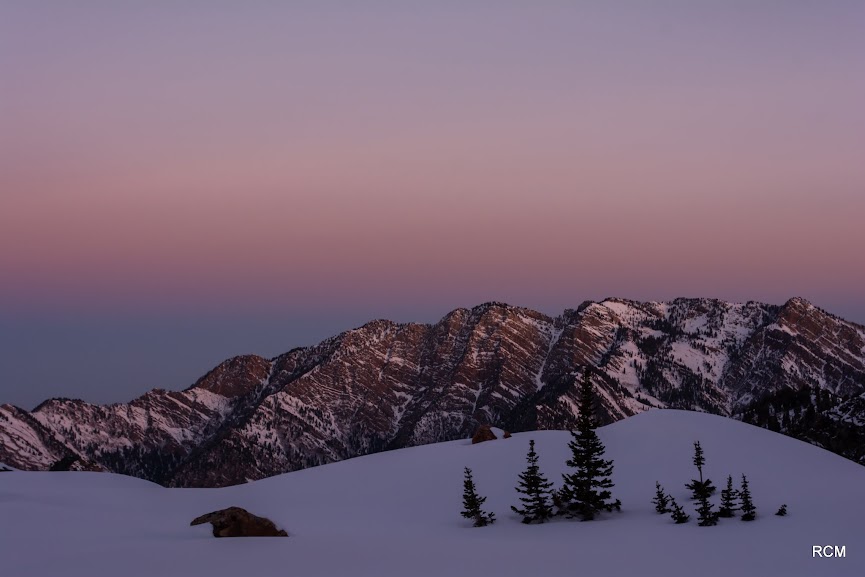 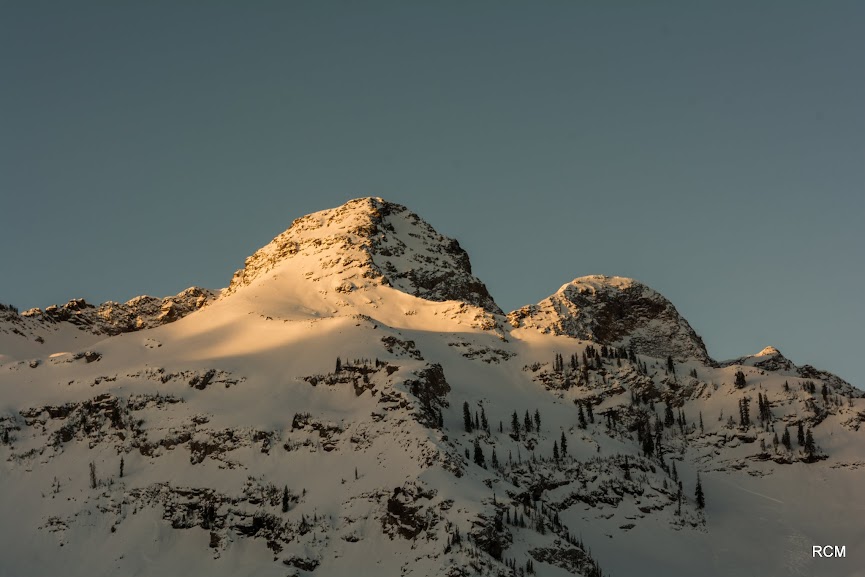 Me. Contemplating if the little descent to Lake Florence or Lilian was worth it... instead once the sun was up I spent some time lounging. 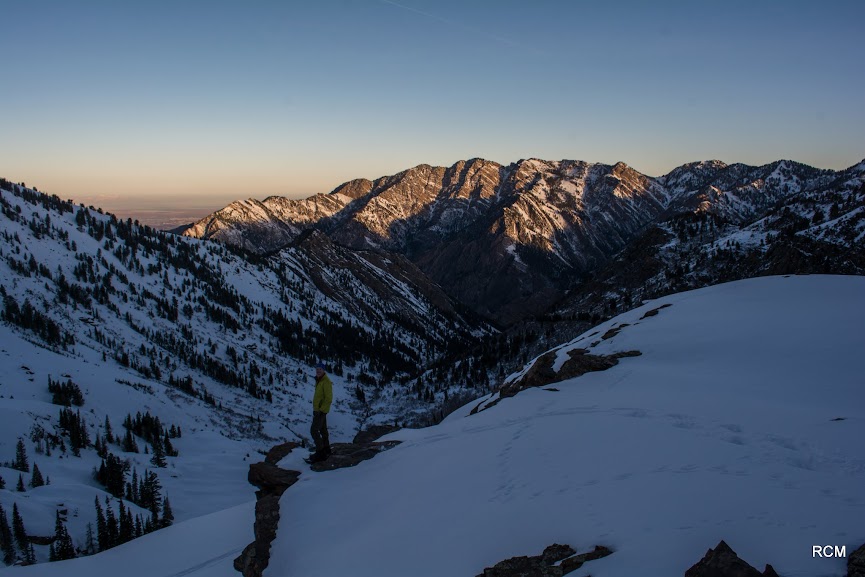 Some fun with black and white. 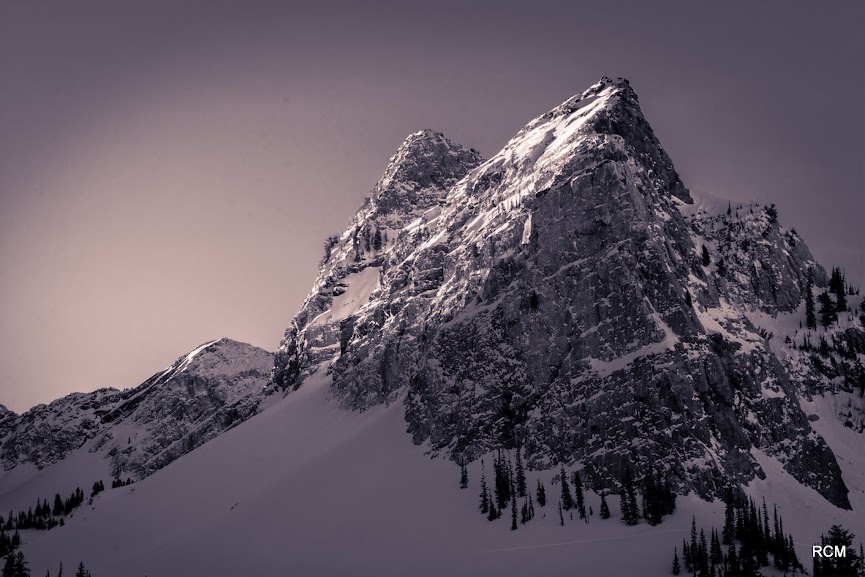 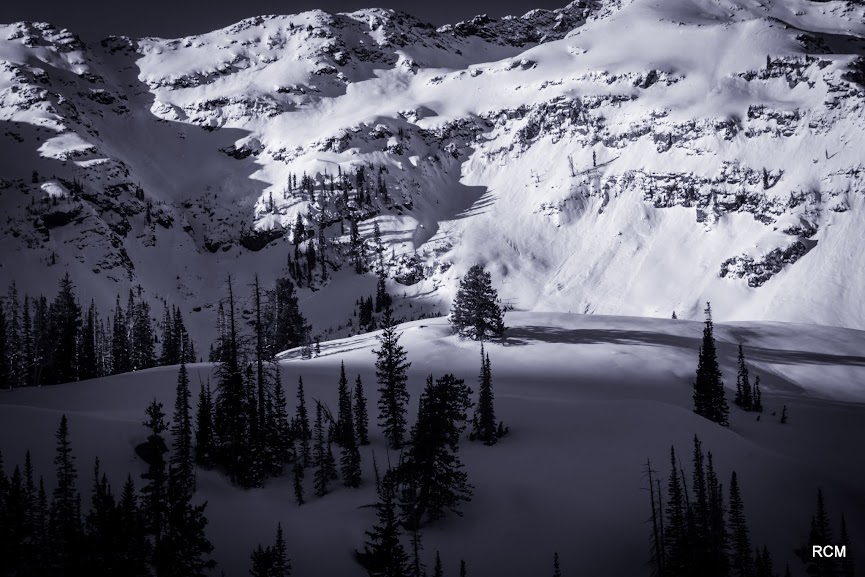 The trail heading to the other lakes. 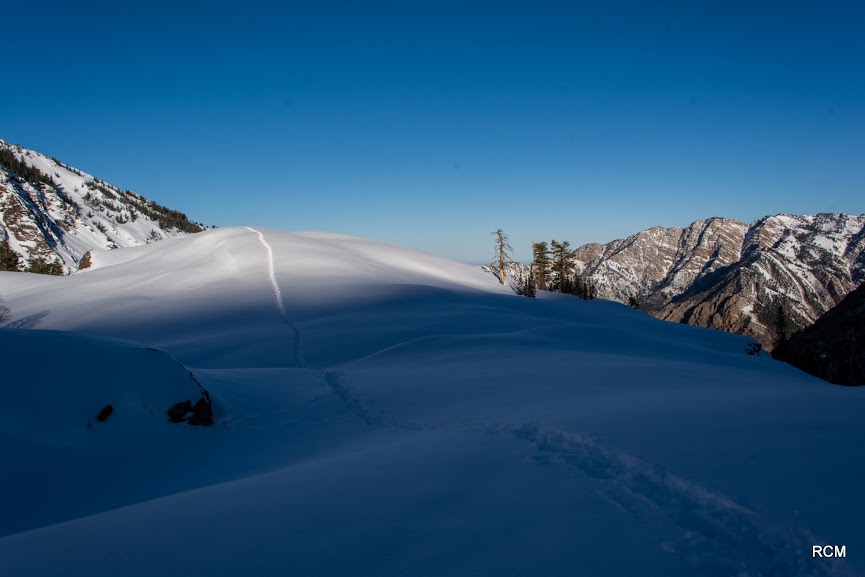 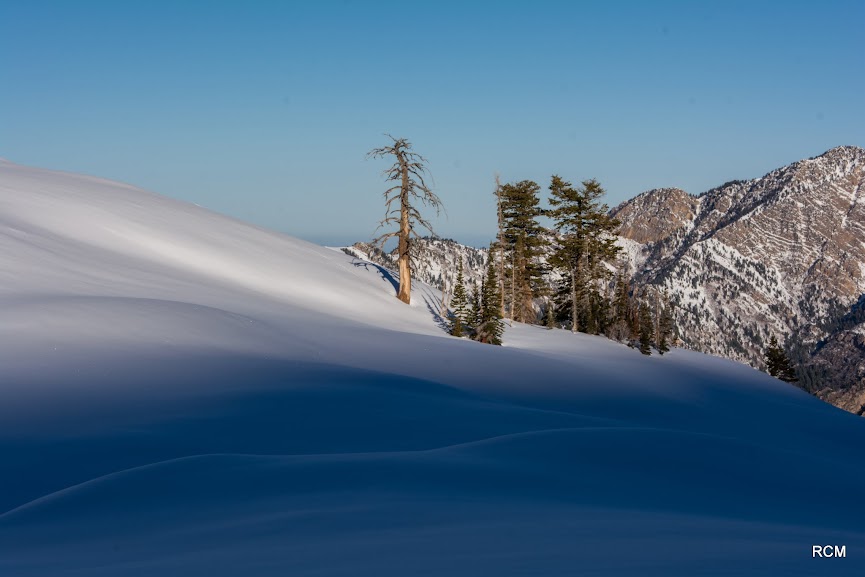 Sun and the Sundial 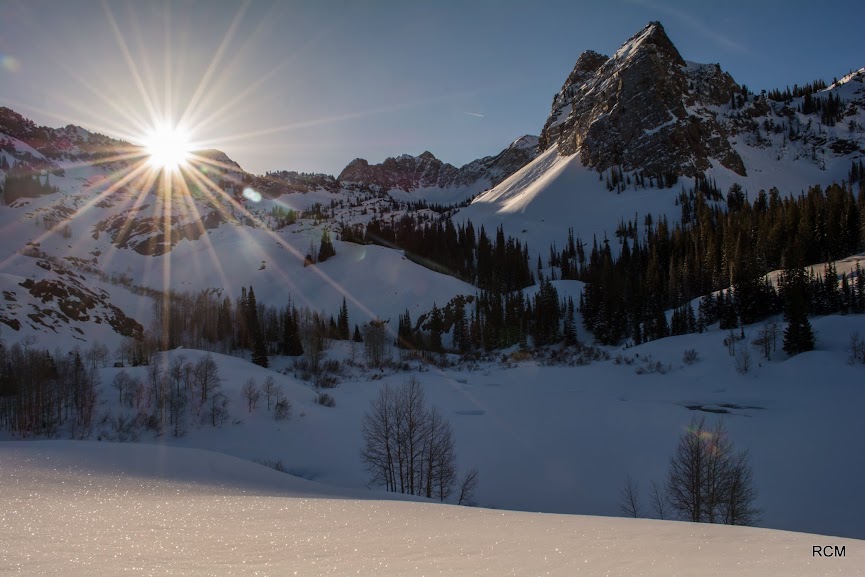 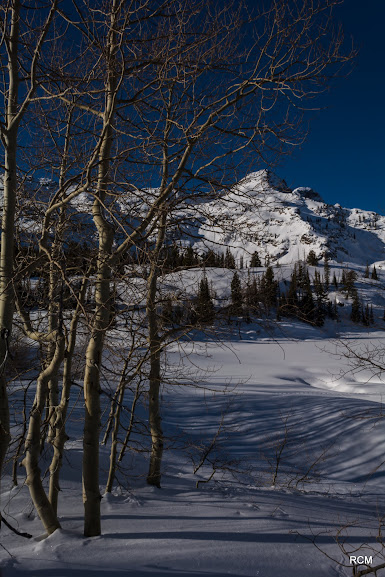 It really was about here that we had put on snowshoes the night before. To this point the trail was pretty solid. 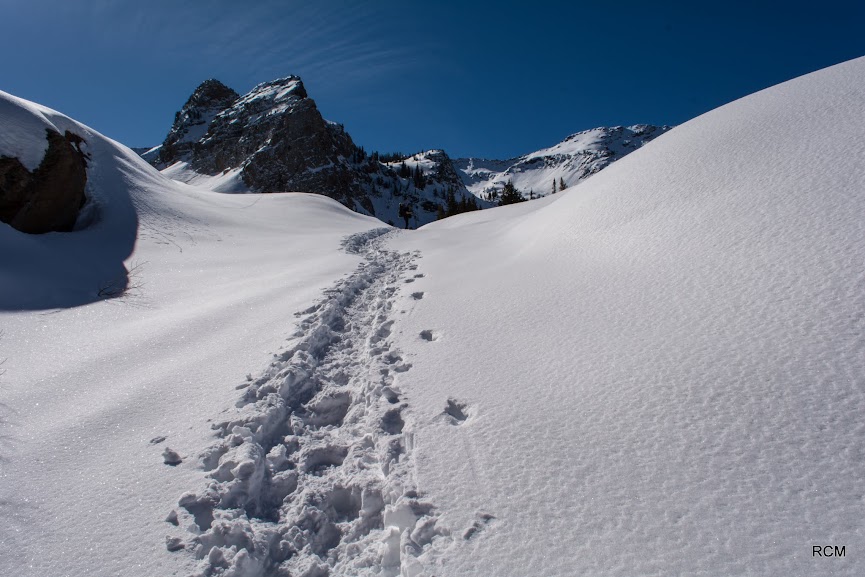 Some shots on the way down. The whole area is fantastic just about any time of the year. 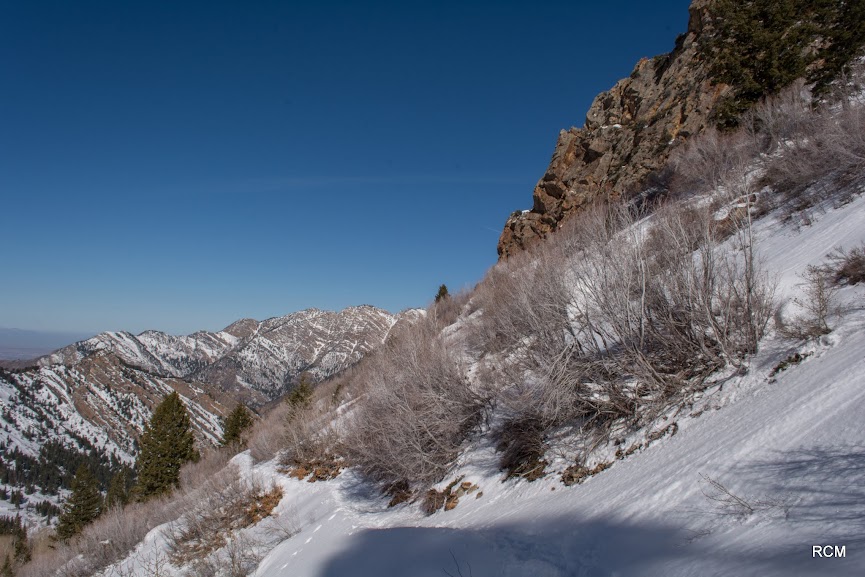 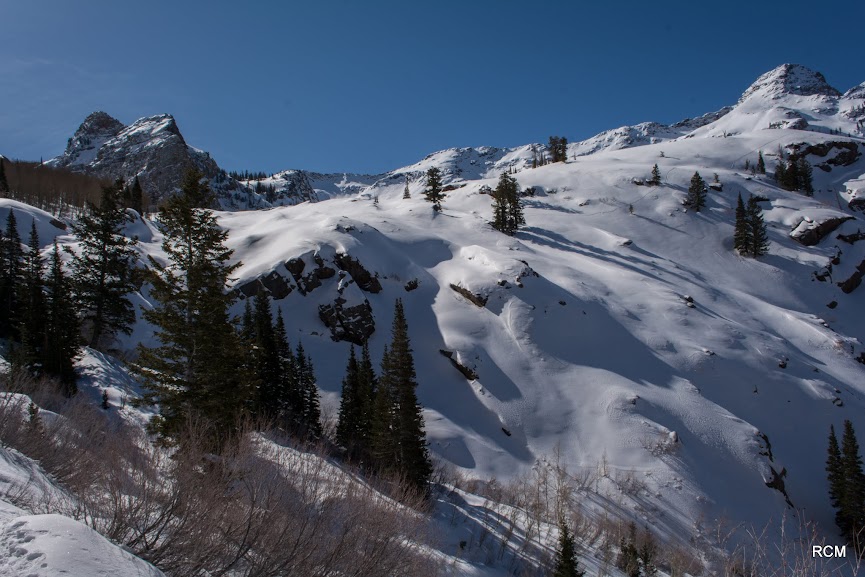 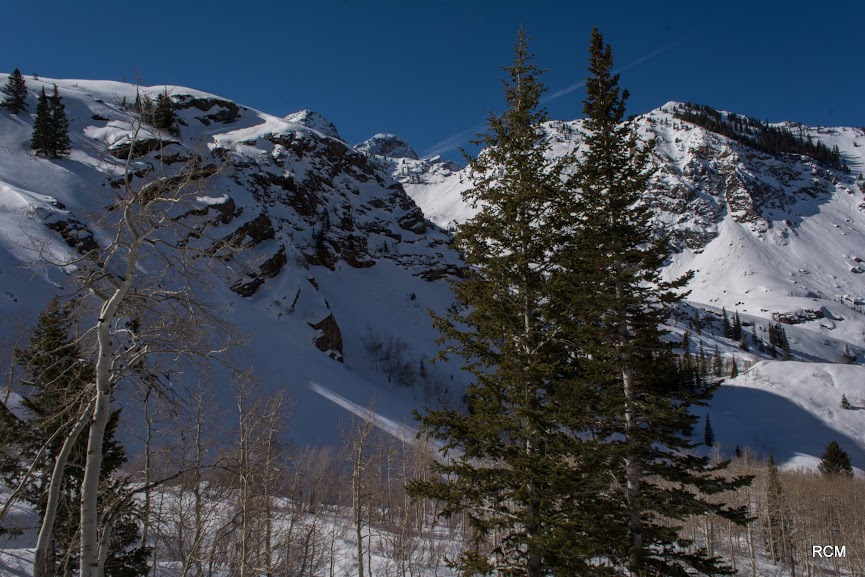 A great trip was topped off with some Vietnamese. The awesome thing about winter is that a few things get wet, but the wife doesn't have any complaints about tramping in mud or leaving sand on the floor.

What amazing shots. They are all great but I especially like these 3. Lake Blanche and Sundial peak look beautiful in the snow. It was cloudy and raining when I was there and it still looked beautiful. Must have been spectacular camping up by the lake. Thanks for sharing this.

thank you.
I did read your report, it is good you got up there, but too bad it was in the rain. Besides some places in the Uintas this is my daughter's favorite spot, so I have both braved crowds or had these rare times of no crowds up there.

Beautiful photos!
The B&W shot isn't B&W or color, but I like it a lot.
Instagram
@gregwattsphotography

Great pics! BCC definitely gets a ton of use. Glad to see you got some nice solitude with it. And not in the way of the ski resort by the same name.

Awesome trip report and incredible photos. So amazing in winter and with that light!
IG: @backcountrypost

Beautiful pics! I'd love to see Lake Blanche in the winter someday.
http://www.lisakellyphotos.com/
You must log in or register to reply here.
Similar threads