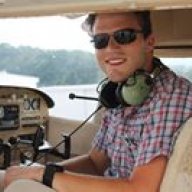 Hi all, this is my first post on here so excuse me if this is not the correct place to ask! I am planning a trip out to Salt Lake October 18-23. I was wondering if anybody could give me some suggestions on 2-3 day backpacking trips in the Uintas or Wasatch? Loops or out and backs would be acceptable. My partner and I are in very good physical condition so I'm not to worried about how strenuous it may be... Also, any other additional info, such as weather in mid-late October would be greatly appreciated! I don't mind backpacking in snow but I want to be safe, and smart, about everything. We were in the Wind River Range in mid June this year and were post-holing a few feet every other step! With that being said, thanks in advance. -Jake

This is the place. Welcome to BCP. The chance of the weather allowing good mountain backpacking in either location that late in Oct is not very good. You could certainly get lucky though. I'd consider doing something down south instead, or at least have some backup plans. I guess the nice thing about shooting for a mid/late Oct trip is that you can backpack in the really popular areas and you'll have it all to yourself. Just make sure it's somewhere where fires are allowed because the nights are long and cold. Also, don't get shot. I believe that's right around when the general deer season begins.
IG: @backcountrypost

Nick, thanks for the info. I've been down in the southern areas quite a bit and was really wanting to focus on the city, and the northern hiking locations. Are there any good 'lower elevation' hikes in either one of those areas? And how snowy can it get up there? I would be willing to snow shoe, but i'm sure theres a fine line to where its enjoyable or not...

Most of the Wasatch areas with good backpacking are higher up. It's really just a crapshoot in late October. Could be snow-free and not frigid, but it could also be snowy and very cold.

I'm inclined to say that you'll have decent luck with snow because October has been fairly mild over the past few years, but the mountains already got a nice covering over the weekend, with almost a foot up in the Uintas, so I'm doubting any intuition I've gained in 6 years of living here. I was in the Uintas in the second week of October last year, and it was fine. Other users here went even later and it was good for them. But that has little bearing on this year.

So, like Nick said, it'll be very good to have a backup plan south of Salt Lake City and Provo.

But you asked for recommendations, so I'll offer a few. Most people will not be backpacking then, so you can get in and see some of the more popular areas and have them all to yourself. Try Naturalist Basin or Amethyst Basin in the Uintas. Plenty of exploring to do once you get a basecamp set up.
For the Wasatch, I am not sure about trips that are more than an overnighter. You could hike in and camp in the meadows below Timpanogos, summit the next day, and spend the night in camp again. Or you could do two or three overnighters, in which case I'd recommend Lake Blanche, Red Pine Lake, and maybe a summit of one of the higher peaks along the Front. Both of those lakes are incredibly popular in the Summer, by virtue of being very close to Salt Lake City, so late October would be a good time to head up (conditions permitting).

Thanks for the recommendations, Jackson. Out of all that you recommended, are any of those lower, and less likely to have snow as a factor? Also, do you have any recommendations as far as snow shoeing? Good/terrible idea? Thanks

jtarheel1 said:
Thanks for the recommendations, Jackson. Out of all that you recommended, are any of those lower, and less likely to have snow as a factor? Also, do you have any recommendations as far as snow shoeing? Good/terrible idea? Thanks
Click to expand...

All of those are fairly high up. 9k-10k feet. @Nick has some experience with the lower stuff in the Uintas. Not much backpacking in the low elevations in the Wasatch.

As for snowshoeing, it's also a crapshoot. I'd say odds are if there's snow, there will be enough to mess with plans, but not enough to snowshoe in. Come back in January and you'll be in luck!

I'd skip Naturalist as fires are banned throughout the basin. Long, cold nights make a fire damn near mandatory, in my opinion.

I've backpacked Shingle Creek a couple of times, and the North Fork Provo. Both are good short trips when the snow is locking out of the higher elevations, but there's no real destination unless you keep going to the high country. You may also want to consider the areas west of Highway 150 near Bald Mountain Pass. There are a lot of great things to see out of the Crystal Lake trailhead that aren't so fun when the boy scouts are out in force. In October you have it all to yourself.
IG: @backcountrypost

Thanks for all the info guys, what can you tell me about the Crystal Lake area? Does it escape some of the earlier snow? Also, what recommendations did you guys have for the southern area. I've done some hiking in the Moab, Zion area. And wouldn't be opposed to a backpacking trip there if the weather was bad. Also interested in some good fly fishing on the hike...

The Crystal Lake area offers access to quite a few distinct areas. You can go over the Notch to Ibantik, do the Clyde Loop and drop down to Hidden, or you can head to the other side of Mount Watson and explore Long, Duck, Island, etc. The Long-Duck loop is particularly good for having less snow. Duck is a little under 10k and offers one of the better chances in the High Uintas of avoiding snow in spring and fall. It's heavily used in the peak season, but you'd probably have it to yourself. From Duck, there's plenty of other lakes and areas to explore nearby.
IG: @backcountrypost

Nick said:
I'd skip Naturalist as fires are banned throughout the basin. Long, cold nights make a fire damn near mandatory, in my opinion.
Click to expand...

Actually, you can have a fire in Naturalist Basin. You have to be 1/4 mile from any lake to have a fire in Naturalist Basin. Then you are legal to have a fire. We camped near Morat last year and ran into the ranger who patrols that area. She said as long as you are 1/4 mile from any lake, stream, or trail you are good to go with a fire. There is a sign at the Naturalist junction on the Highline Trail that states this, and how close you can camp to the lakes as well. Its on this white sign above me at the junction to the basin in this picture. 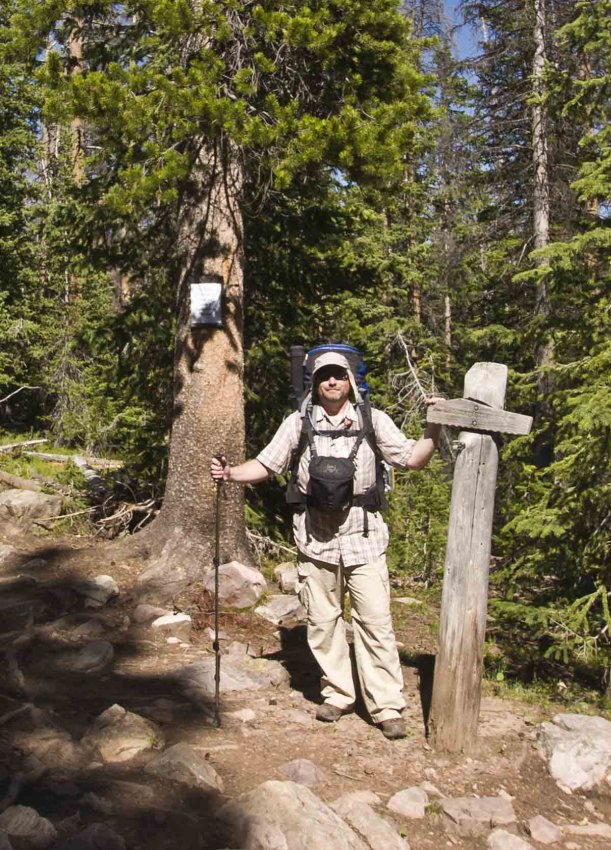 Ah, they used to have them banned in the entire basin even before the 1/4 mile rule was widespread in other areas. That's a nice change.
IG: @backcountrypost

Nick said:
Ah, they used to have them banned in the entire basin even before the 1/4 mile rule was widespread in other areas. That's a nice change.
Click to expand...

We went in there in June last year expecting to not be able to have a fire. We were going to because of the sign we saw, but I talked my partner out of it because I did not want to be that guy. When we ran into the ranger lady on Saturday, she said they changed the regs. Our first night was cold, no fire. But we made one the second night after talking to her. She was awesome. It was an awesome weekend in there.

So I've been on the Google Earth recently... I found a place that looked interesting. Amethyst Lake in the Uintas? The basin sits at 10,500 ft. any thoughts on the condition here in october? is it a nice hike? Thanks

It's nice and very popular. Do a search, or start with tags: http://backcountrypost.com/tags/amethyst-basin/

Conditions in mid-late October are impossible to predict.
IG: @backcountrypost

I was up there this past weekend and it was surprisingly not that cold. But at this time of year it can change drastically day to day. 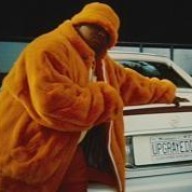 jtarheel1 said:
So I've been on the Google Earth recently... I found a place that looked interesting. Amethyst Lake in the Uintas? The basin sits at 10,500 ft. any thoughts on the condition here in october? is it a nice hike? Thanks
Click to expand...

It's a great hike and just like most high elevation areas could be nasty in Oct. Plan accordingly. Temps up there dropped ~ 25F just in the past 48hours so anything is possible at this point.

Any updates in the past week on weather conditions in the mountains? Snow line?

jtarheel1 said:
Any updates in the past week on weather conditions in the mountains? Snow line?
Click to expand...

It's great right now but I don't think it will last. I was up there yesterday and conditions were good with some snow on the north-facing slopes but nothing to worry about. I was up to 10,800 ft.

andyjaggy said:
I was up there this past weekend and it was surprisingly not that cold. But at this time of year it can change drastically day to day.
Click to expand...

No pics huh?
You must log in or register to reply here.
Similar threads