Took the kayak out and dragged a friend along for a relaxing float on Causey for the Summer Solstice. 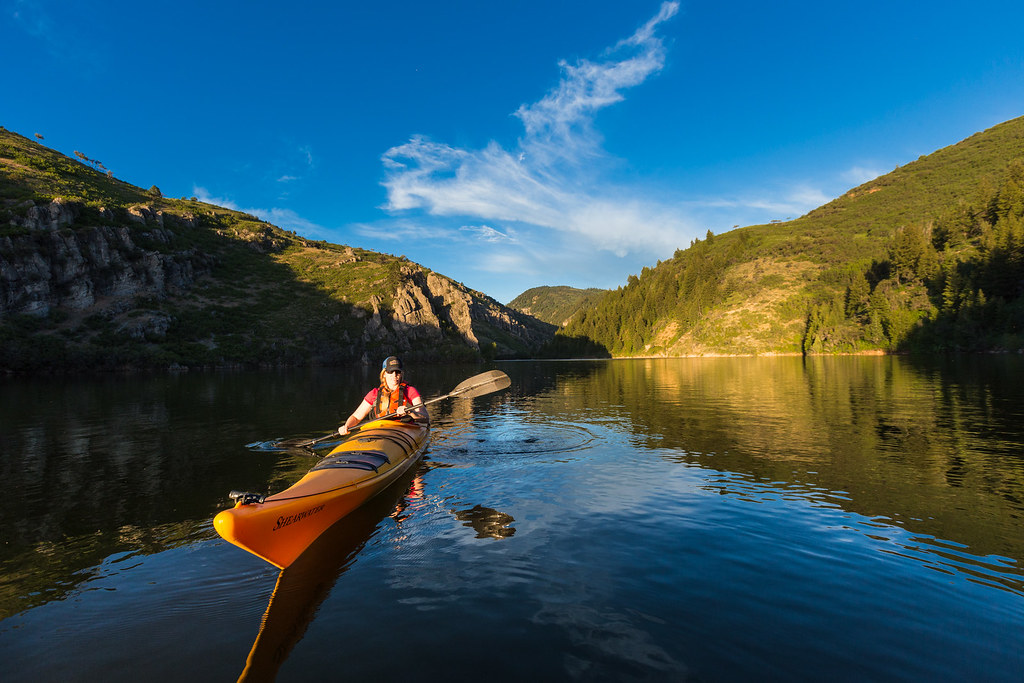 Like Pineview, Ogdenites tend to treat Causey like a bathtub. Unlike Pineview, there are no ski boats to churn up the channels. Instead, it's a place of paddles, fishing lures and trolling motors. 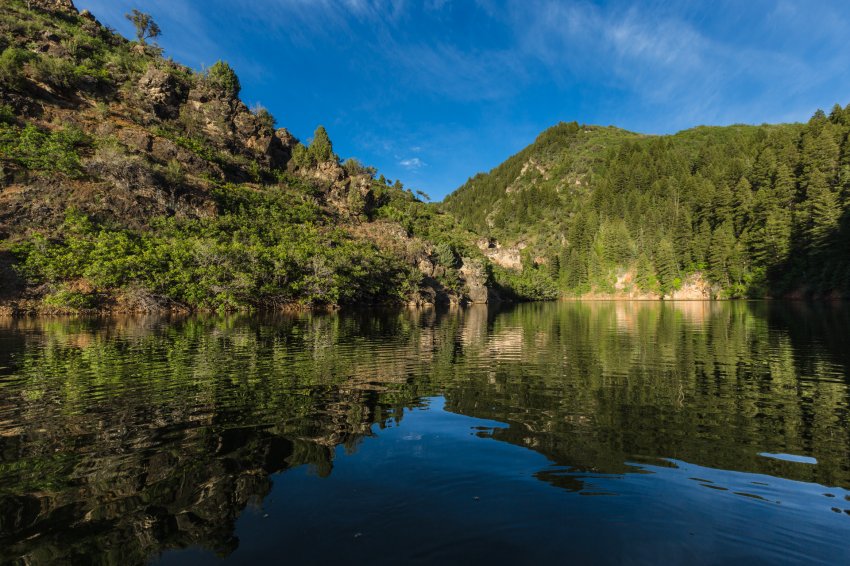 We put on late in the afternoon under comfortably warm sunlight. 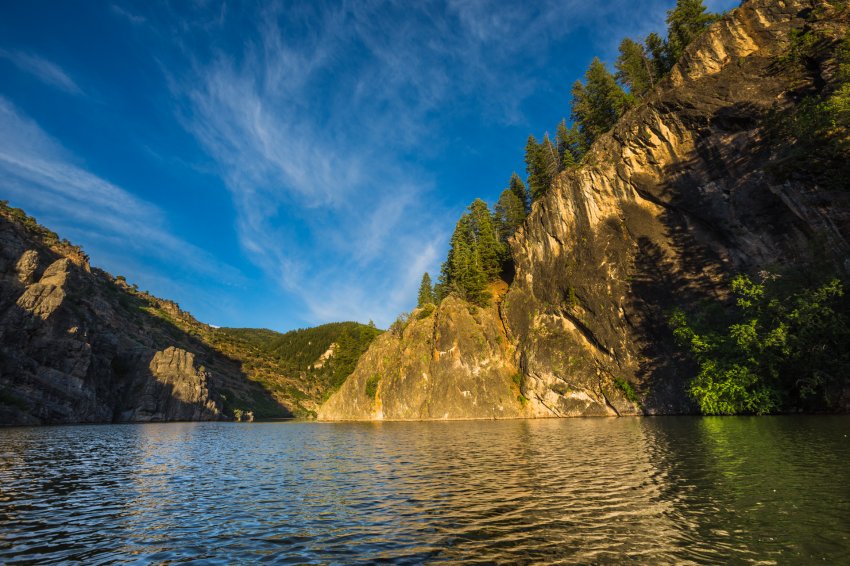 Winds were calm. Our paddles gurgled against little ripples. 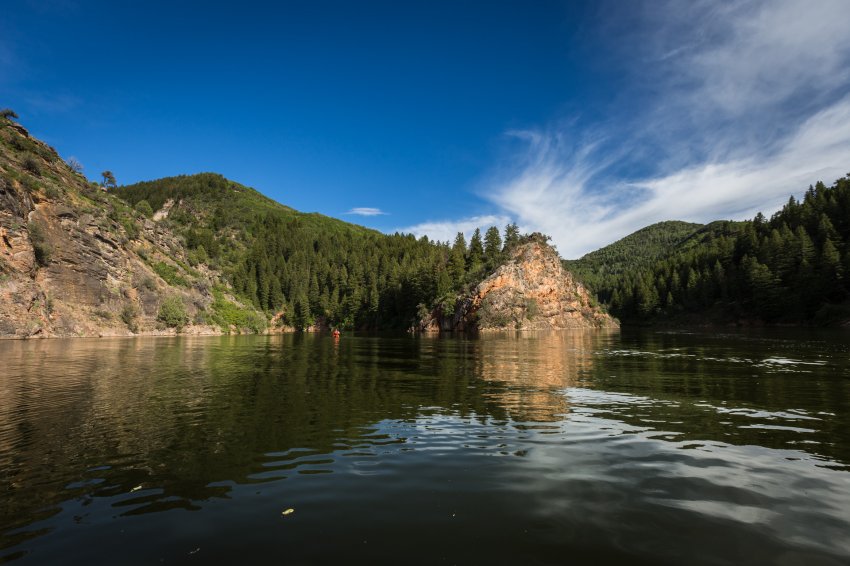 Sliding into the channel of the south fork, our boats were dwarfed by big rock walls and pines. 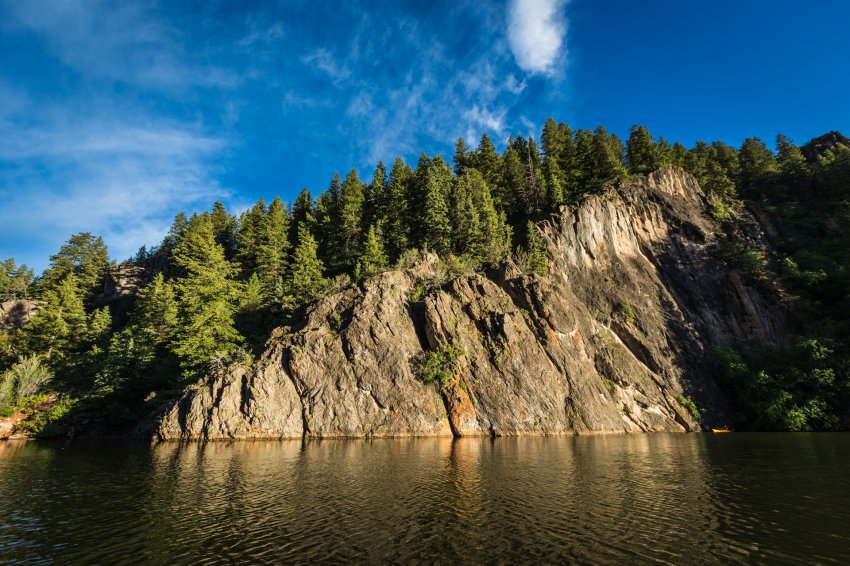 Silvery little fish were jumping everywhere. Schools of them leapt in celebratory parades alongside our hulls. 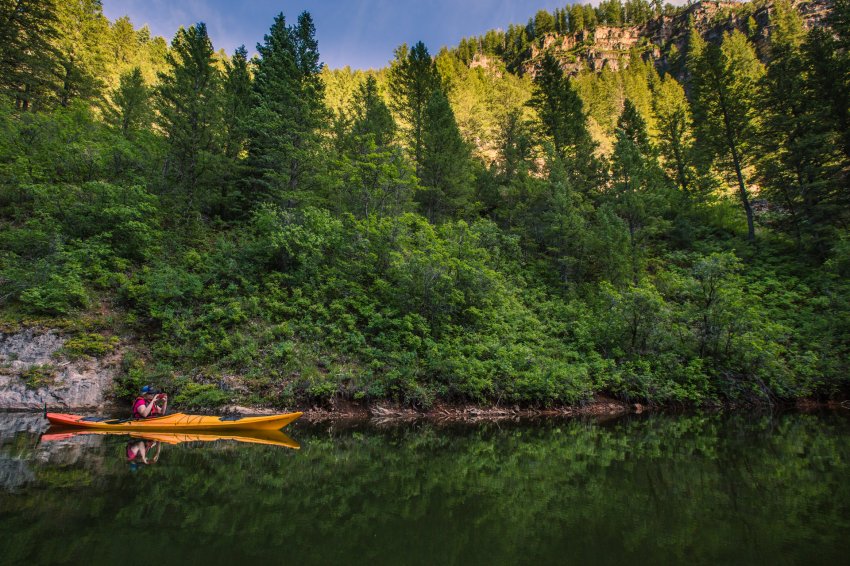 We went up the left hand fork, through a logjam to the free-running waters of its tributary creek. 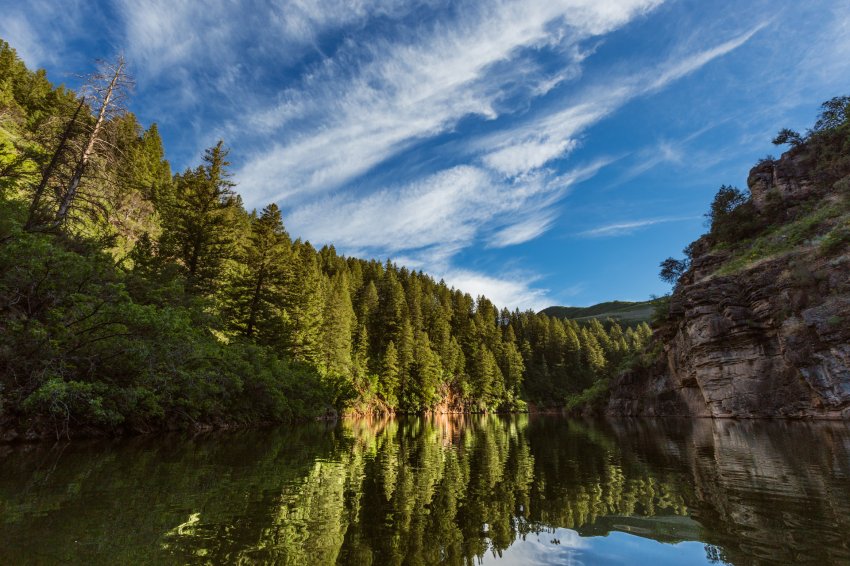 I'd hoped to hike a ways up the creek to some waterfall's I've heard exist up there. It turned out to be a major bushwhack though, so we only proceeded a fraction of a mile up the stream bed before returning. 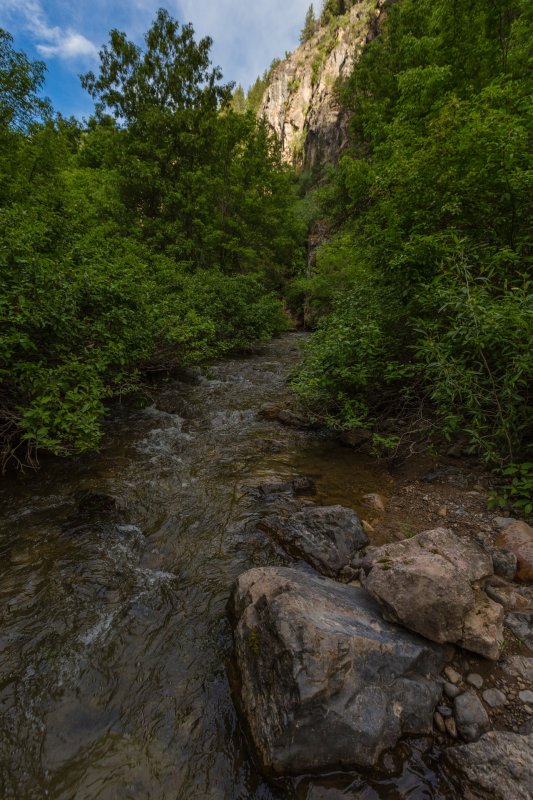 This moose carcass rotted next to the waterway. A good reminder that even water that looks clean and untainted probably isn't. 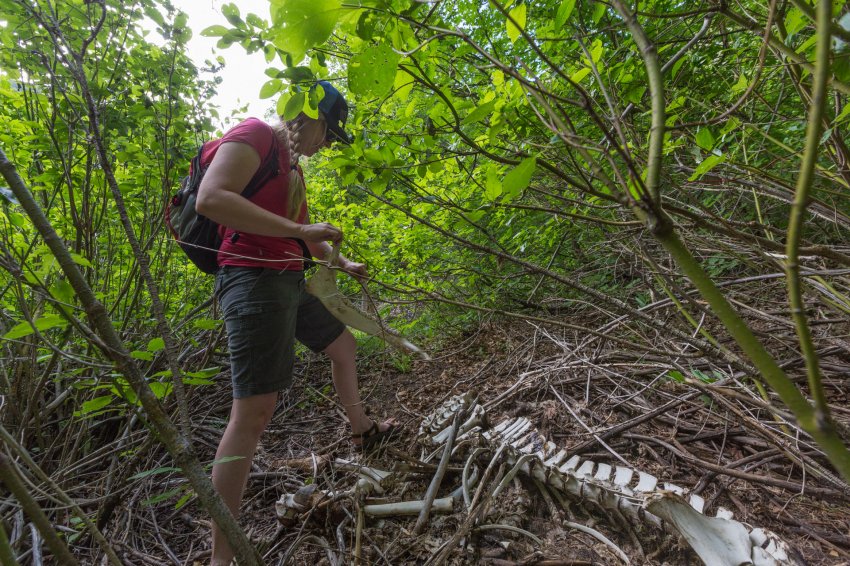 The long-lasting summer sun took its time in setting. 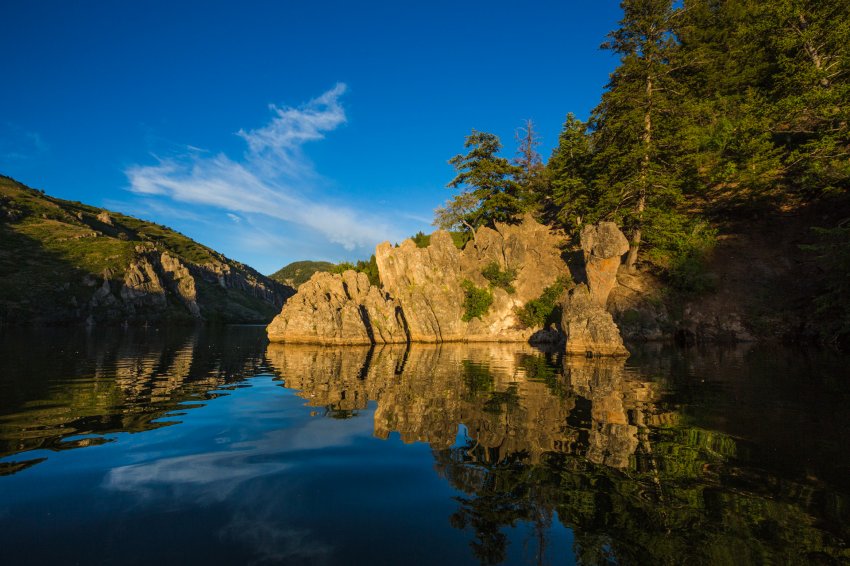 We paddled back into its blinding light. 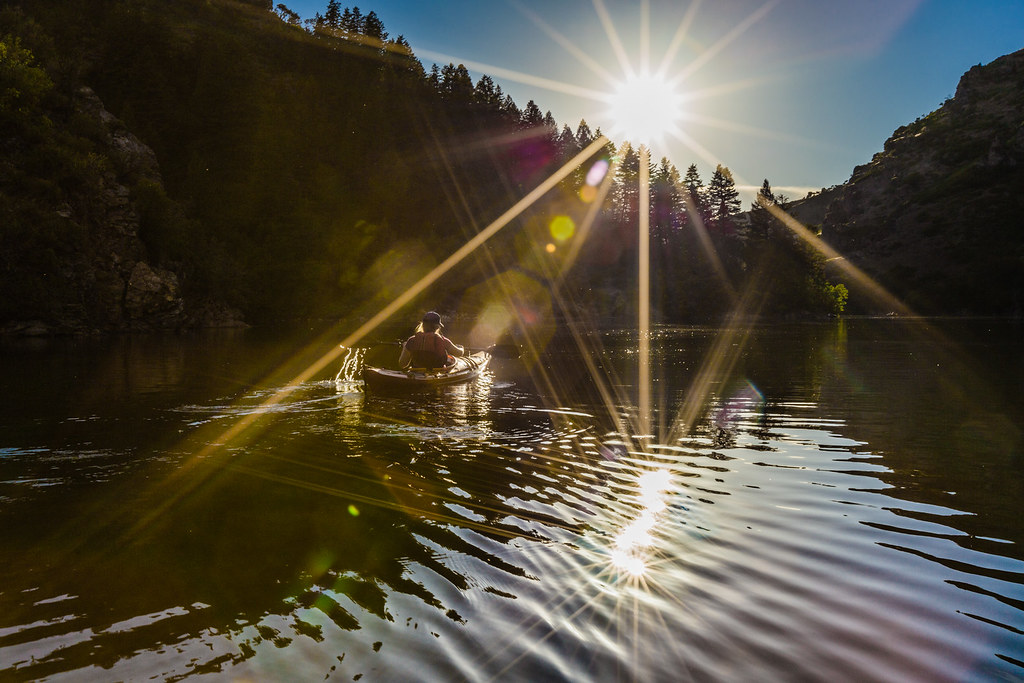 It's beautiful flatwater float, if you can look past the occasional bobbing beer can. 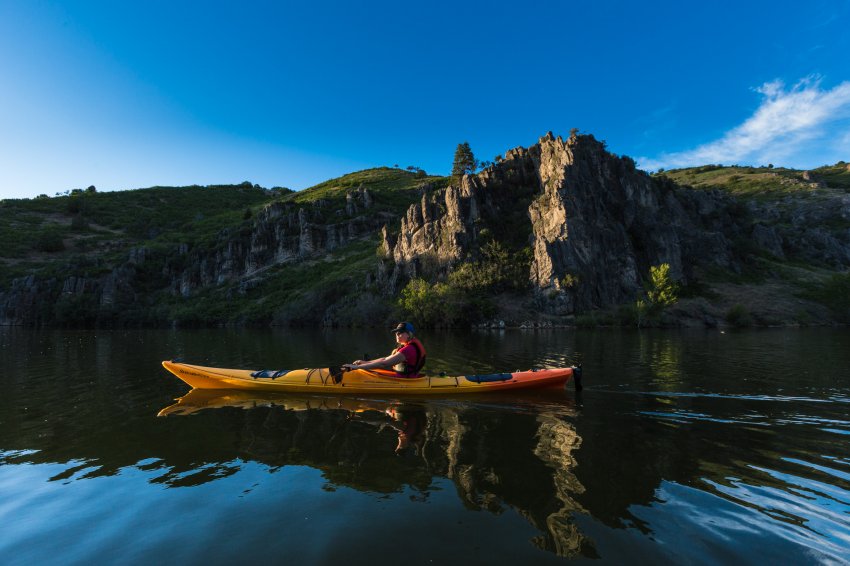 Never heard of this place before - love the pines & rock cliffs.
Do not pray for easy lives. Pray to be stronger men. - JFK
Orem Chiropractor

Once long time ago when I was a little girl and my dad had a canoe we paddled back in there and camped. I found some moose teeth. Still have them. Nice report.

Pretty reservoir. I had never heard of it either.

Beautiful pics! I've hikes the Skull Crack trail, but have never seen Causey by boat. One day I aim to change that.
http://www.lisakellyphotos.com/

Looks more like the northwest than Utah. Incredible photos. Way to be brave and bring the big camera out!
IG: @backcountrypost

Nick said:
. Way to be brave and bring the big camera out!
Click to expand...

that's what I wondered, too.
I only bring the point and shoot, on paddling trips but unfortunately the pictures are not the best when it's in its housing.
http://yvonnebaurphoto.smugmug.com/

Nick said:
Way to be brave and bring the big camera out!
Click to expand...

I had it mostly stuffed in a dry bag that was clipped to the boat frame. On flat water I'm not usually that worried about it. Moving water is another matter entirely. 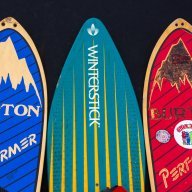 I am so jealous. I want a kayak again. I have been looking on craig's list and dreaming a bit, but I want to buy a pair of them and am not quite ready to drop that type of cash just now. Maybe Santa can fit a couple of 17 footers in his sleigh? Here's hoping.
You must log in or register to reply here.
Similar threads