I've got permits for 2 nights in Slickhorn Canyon in mid May, and my planned overall route is to go in at Slickhorn 1 and come out Trail Canyon (which is access 6 on the BLM map, I believe) with plenty of poking around for ruins, etc. Can anyone speak as to how difficult the descent into the canyon from TH 1 is? Sources I've read give varying perspectives. If I were going alone, I'd probably go headlong into it, but the group I'll be with only has a little bit of experience in Colorado Plateau hiking, scrambling, etc., so I'm willing to go in through a different tributary if needed.

And lastly, should I expect to find much water during mid May? I've read there's something resembling a permanent stream in at least one of the tributaries. However, looking at historical imagery on Google Earth, it appears that Slickhorn and its tributaries have been pretty dry in May before. I understand Google Earth isn't a definitive source for water reliability though. Haha.

Anyway, thanks for any help. 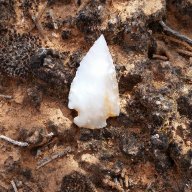 Once you get to the big pouroff, you just follow the bench to the South for around 1/2 mile. Then work your way down to the streambed. It is cairned fairly well.

It is steep, but I don't remember anything too hard. Maybe a section or two of steep slickrock. Maybe just bring a 30' piece of webbing for lowering packs.

Sounds like a great trip. Get the new Google Earth that comes with chrome. It's way better then the old one. Find Slickhorn on it and check the terrain real close. Is it slick rock or sand? Sand bad, rock good. Water is an X factor. Kind of late in my opinion.

Keep a back up plan. Watch the weather. I have used Google Earth to check for pools and it works but depends on the photo date of the pass. (Satellite that is.)

Sent from my E6810 using Tapatalk

I've tried slickhorn 1 before. We didn't go far enough apparently as there was an earlier access "trail" that was cairned straight to the bottom. Super steep so we decided not to go down it and bailed. Found out later the actual access was further along.

We day hiked Slickhorn 1 in October 2013, finding the route around the big pouroff reasonably well cairned, easy to follow on a beaten path where not on rock, and moderately steep and a bit loose for the drop off the bench to valley bottom. I recall maybe 1 or 2 short steeper "steps" on slickrock that should be ok with a group along to help pass down your heavier overnight packs. Or bring a short rope as previously suggested. Although we usually desert hike in light hikers, I might suggest a more supportive boot than most of that class of footwear- given the short but somewhat rugged descent route around the pouroff.
https://steveriggs.smugmug.com

I've gone down Slickhorn 3 before, in April I think. Found water about 2/3 of the way down #3, and again at the confluence where all of #1-3 kinda come together at once. Below that, the canyon was dry. EDIT - I think there might have been some manky water near the confluence with Trail Canyon. The Author mentions it, but it's been a few years and I can't remember if I'm making it up or not. Don't expect any help from the rangers at Kane Gulch; canyon doesn't see enough traffic for them to get a water report.

It's a pretty brushy canyon, so bring long pants and your 'schwackin attitude. If you go downstream of Trail Canyon it starts to get a little bouldery.
Last edited: Apr 27, 2017

The photo even shows a pool of water in the canyon, but this was taken in March. 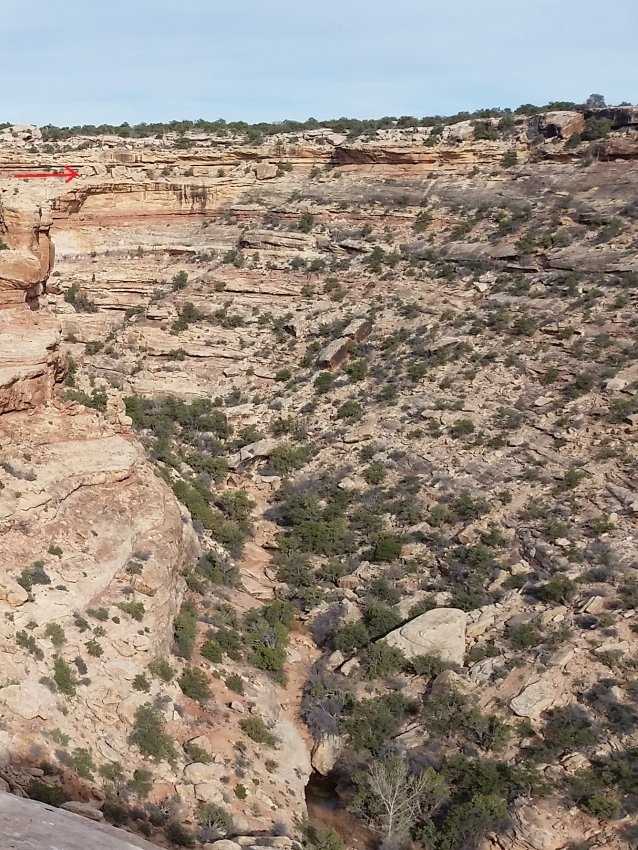 Thanks for the help, everyone. I really appreciate it. Great advice.

Sounds like the group should be able to handle it just fine, assuming we can find adequate water! I'll just be sure to pack a ton in case.

The photo even shows a pool of water in the canyon, but this was taken in March.

Very helpful indeed! I can see why people get intimidated.
You must log in or register to reply here.
Similar threads