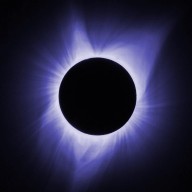 I initially planned on spending a night and two full days on this trip, but plans got changed up on me and I only had Saturday to work with, so the Murdock Basin turned into a good option. I headed out real early Saturday morning with my dog, Ridley, and we followed the Murdock Basin Road up to Pyramid Lake. There were a ton of campers along the road, and both Echo and Pyramid Lakes had a good number of campers as well. I was a little dismayed by how much trash these groups were leaving, but I did my part to pack out what I could.

I chose this area because I could see several things on a short day trip, and I also wanted to catch a Golden Trout, the last trout variety in Utah that I haven't caught on a fly. We spent a little time at Pyramid, but the number of campers made me want to keep moving, so after Ridley swam around for a bit, we hopped over to Echo. People were just starting to get active on Echo, so I rigged up my fly rod and cast out. Right on the first cast I got that Golden Trout I was after. I caught a few more before heading to the north side of the lake and exploring the area up there. We found some ponds, a small stream, and rock hopped a bit. 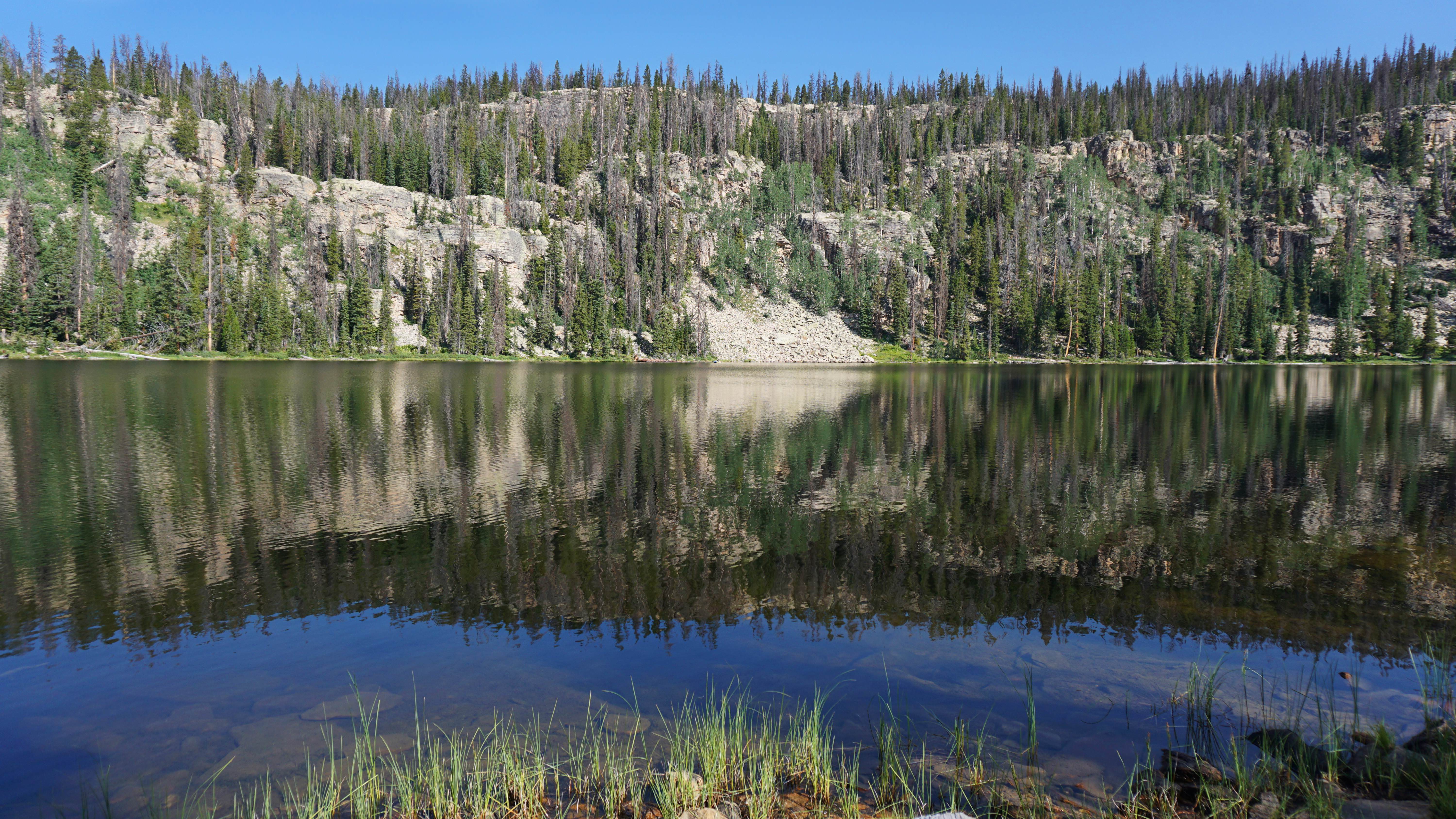 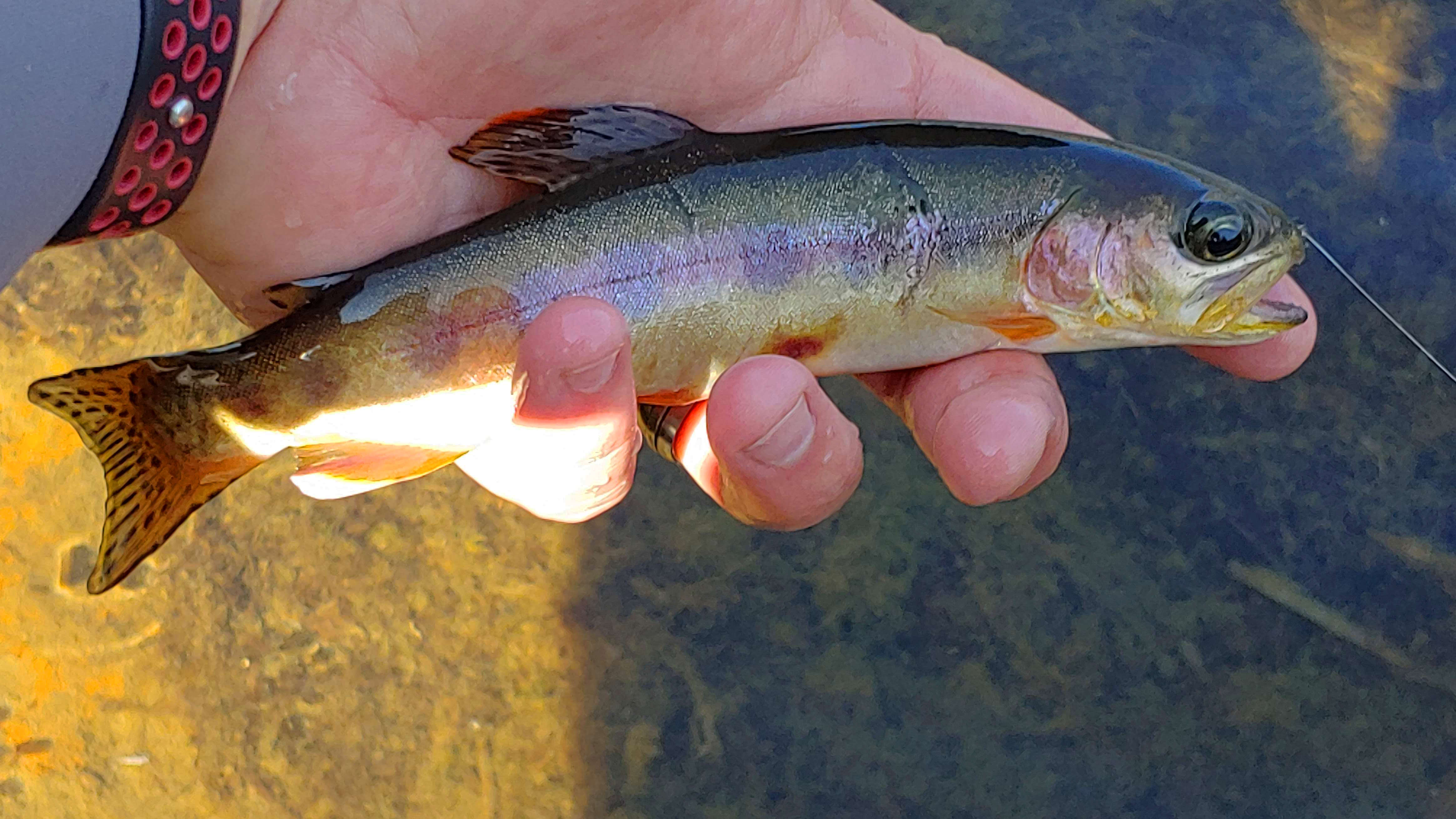 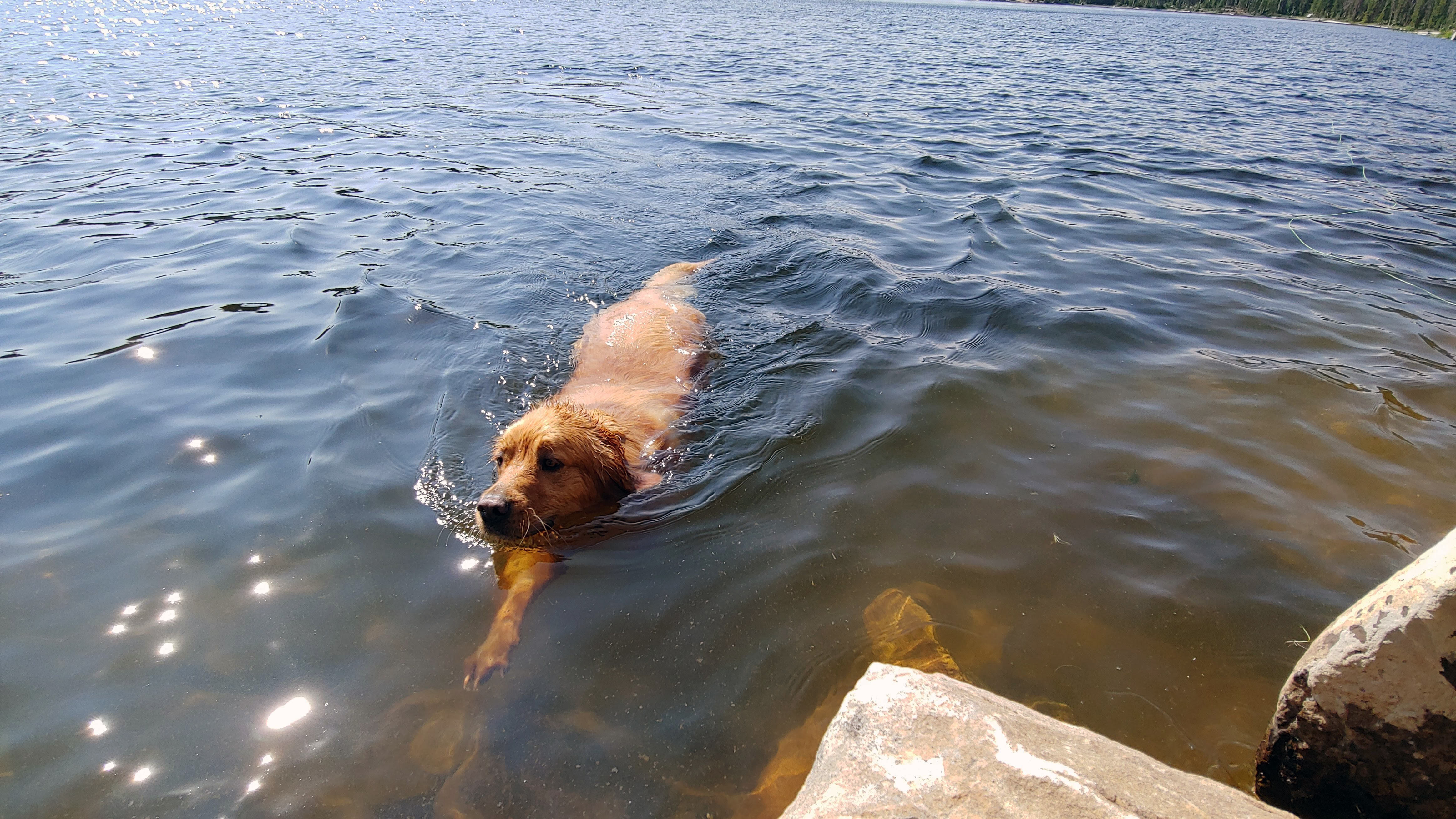 After a little exploration right around Echo, we just went straight up and over the ridge to get to Joan Lake, opting not to find the trail. That climb was brutal...and I I took a rough fall at one point. I wouldn't advise taking a dog on this route, but Ridley eventually found his way through. I did have to lift him up and over a couple of cliffs that were 4-5 feet in height. We did get some spectacular views on this route that would be obscured by trees on the trail, however. Pic of my leg is showing the lump that formed on my shin after one slip. 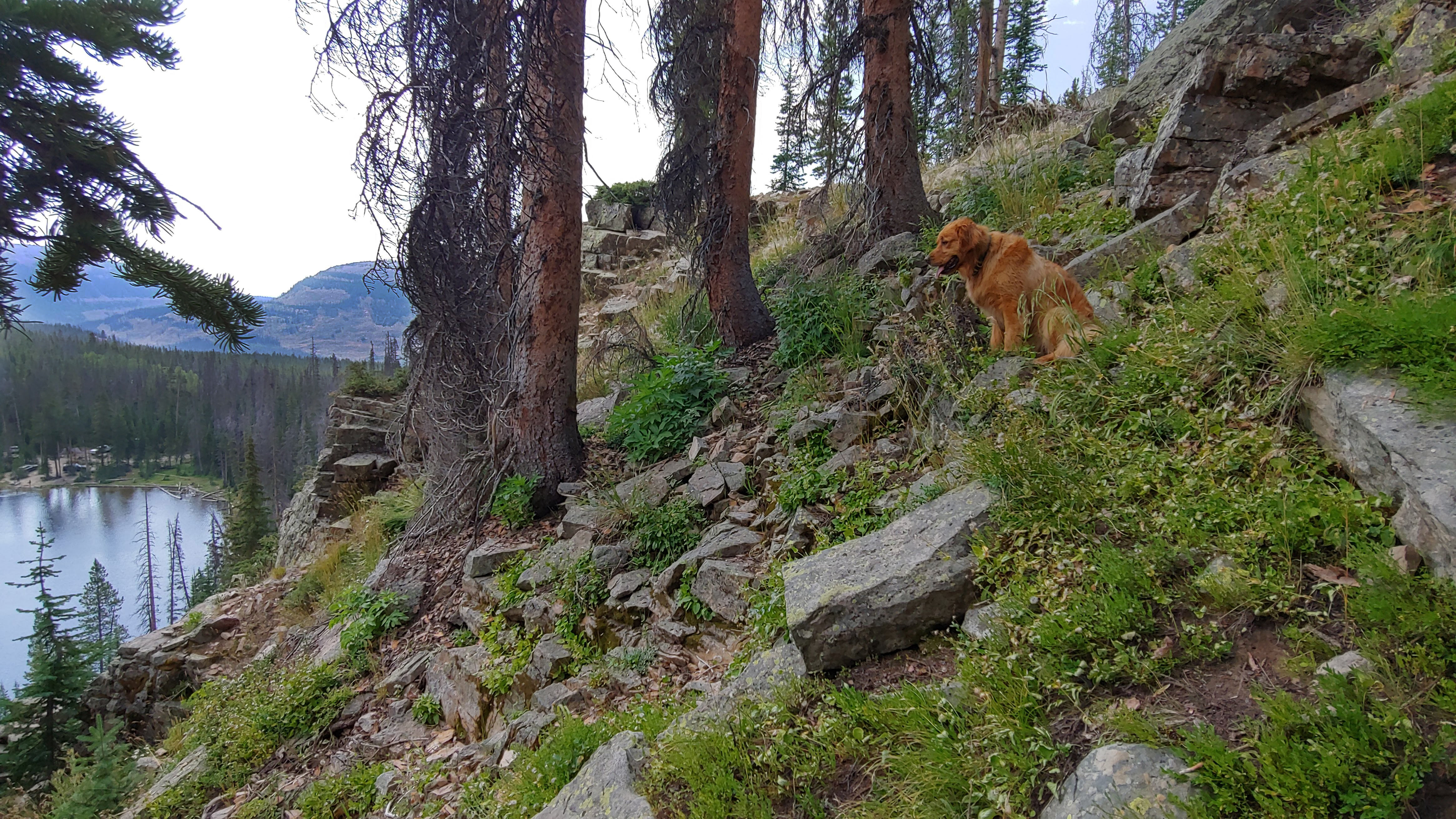 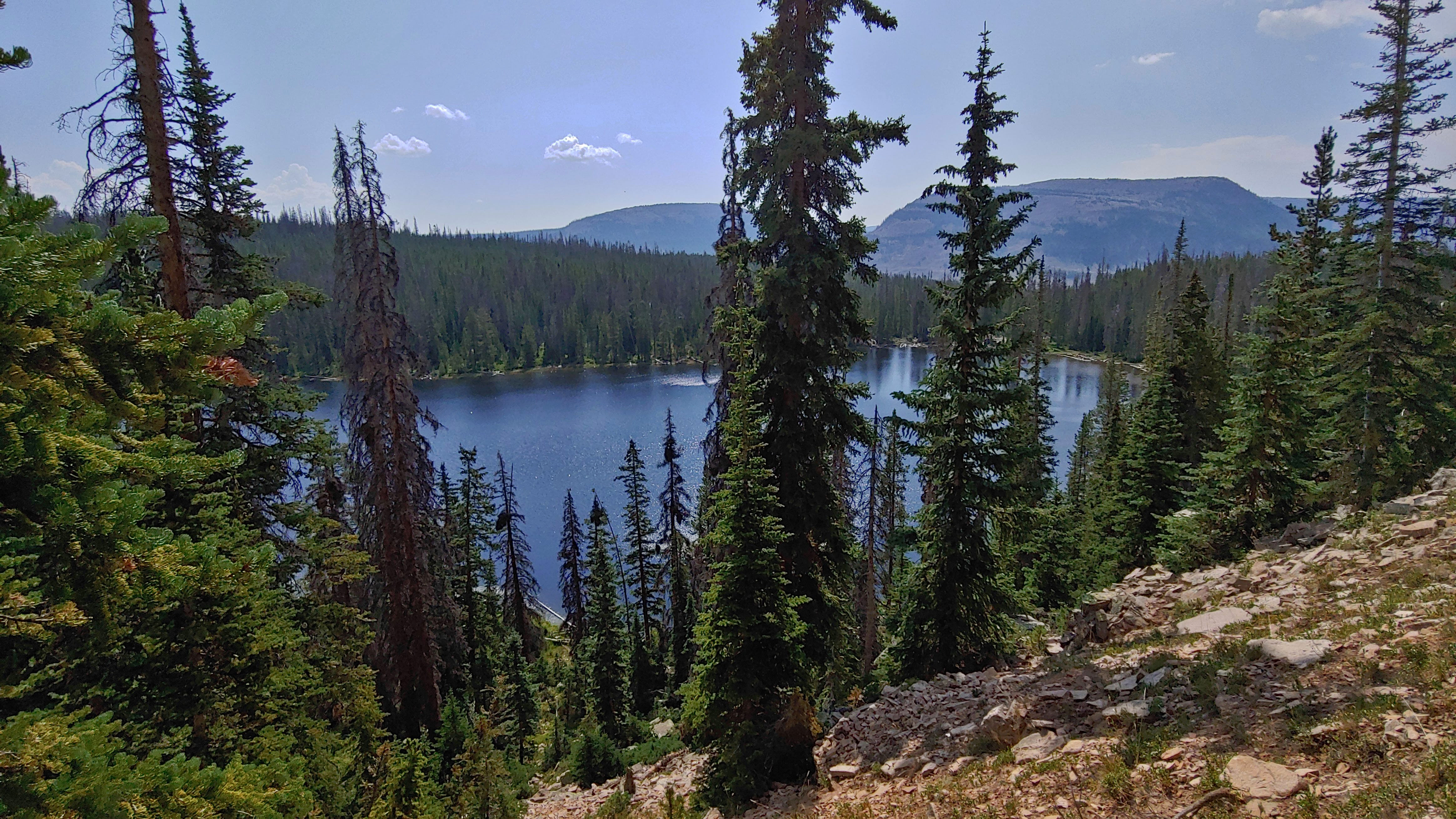 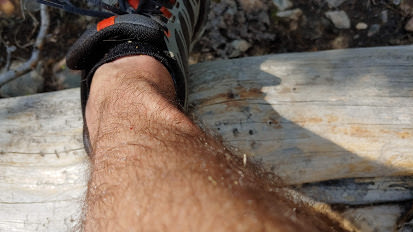 At Joan, it was totally quiet and we didn't see signs of anybody else being there. I caught a handful of brook trout up there, but mostly spent time walking around the edges of the lake as Ridley cooled off in the water. After sharing my lunch with Ridley, we were ready to hop over another set of boulders and make our way up to Blizzard Lake. Unfortunately I don't have pics from Blizzard as a storm moved in and I stuffed my camera into the dry bag before heading back down to Pyramid. Pic is looking back over Joan as we were leaving to Blizzard Lake. The wind was picking up at this point and a small storm was rolling in. 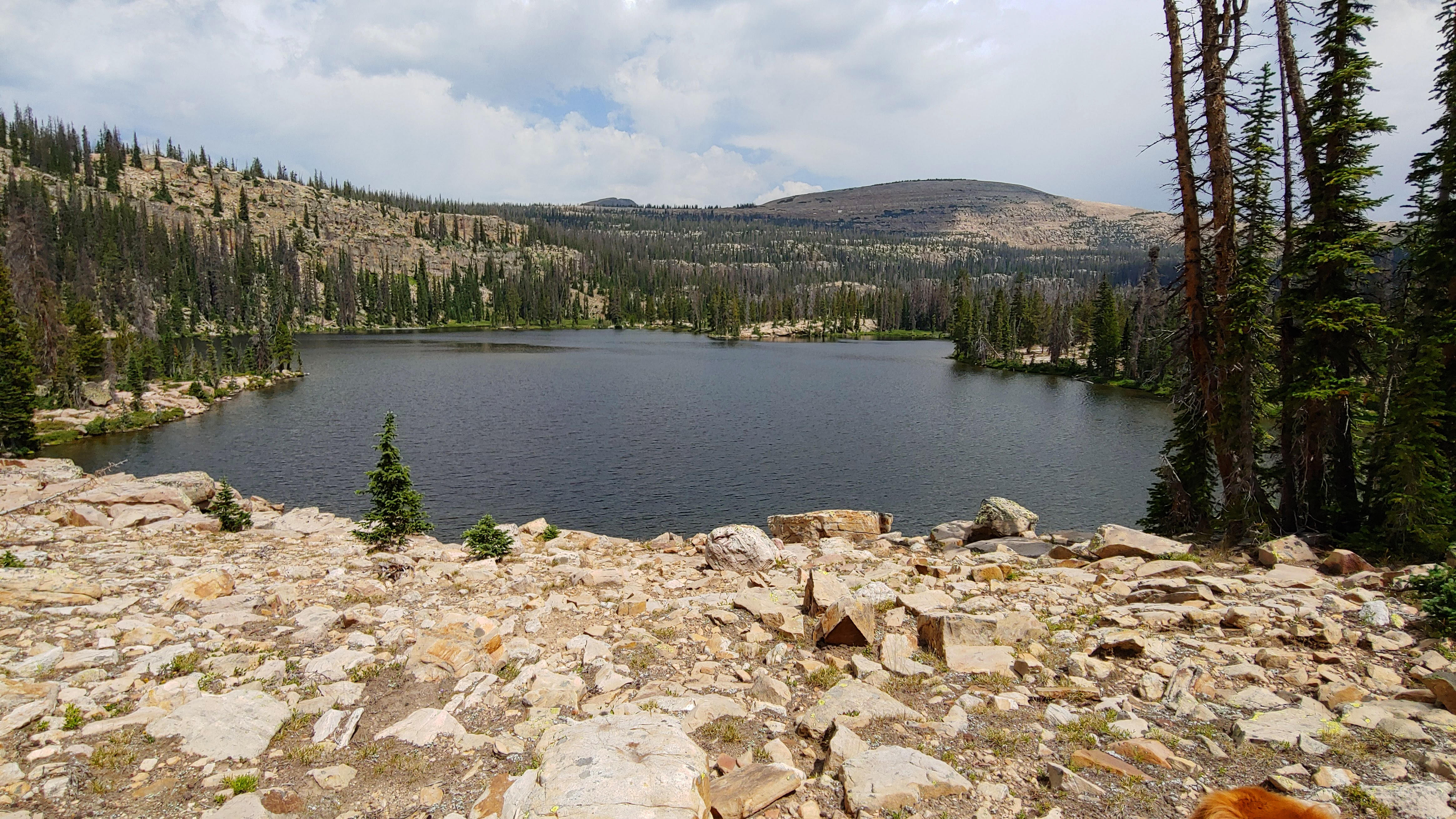 On the way out I fished the Upper Provo and had a great time with the brookies. Ridley was pretty gassed out, but quite content. All in all, it was a great day trip up to the Uintas. We covered a lot of ground, climbed a good amount of elevation, and returned feeling great. I need to take advantage of these perfect weather weekends and get more of these day trips in.
A Greater Outdoors - http://agreateroutdoors.com

Looks like a great trip! Congratulations on the golden trout!

This site has made me realize I love seeing photos of fish! Haha
Thanks for sharing. Too bad you couldn't get some bag nights, but sounds like you made the most of a beautiful day trip. :twothumbs:
You must log in or register to reply here.
Similar threads