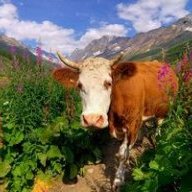 Yet another trip report from over the pond.
Since we cannot travel right now, you can still watch some pictures from where you can't go.
This is my contribution against boredom, for those who can't get out.

This was the last hike in 2019, it was on October 13th.
Again, my daughter and her boyfriend came up with the idea of doing a moderate hike.
This time, we went to the Hoch-Ybrig region, where we went sikiing earlier the same year. It is a popular ski area, as it is only one hour from Zurich.
We started at Oberiberg and took the chairlift to Laucheren, from where the trail goes around a small mountain which is called Laucherenstöckli.
I like circular hikes because I don't have to care about getting back to the car. 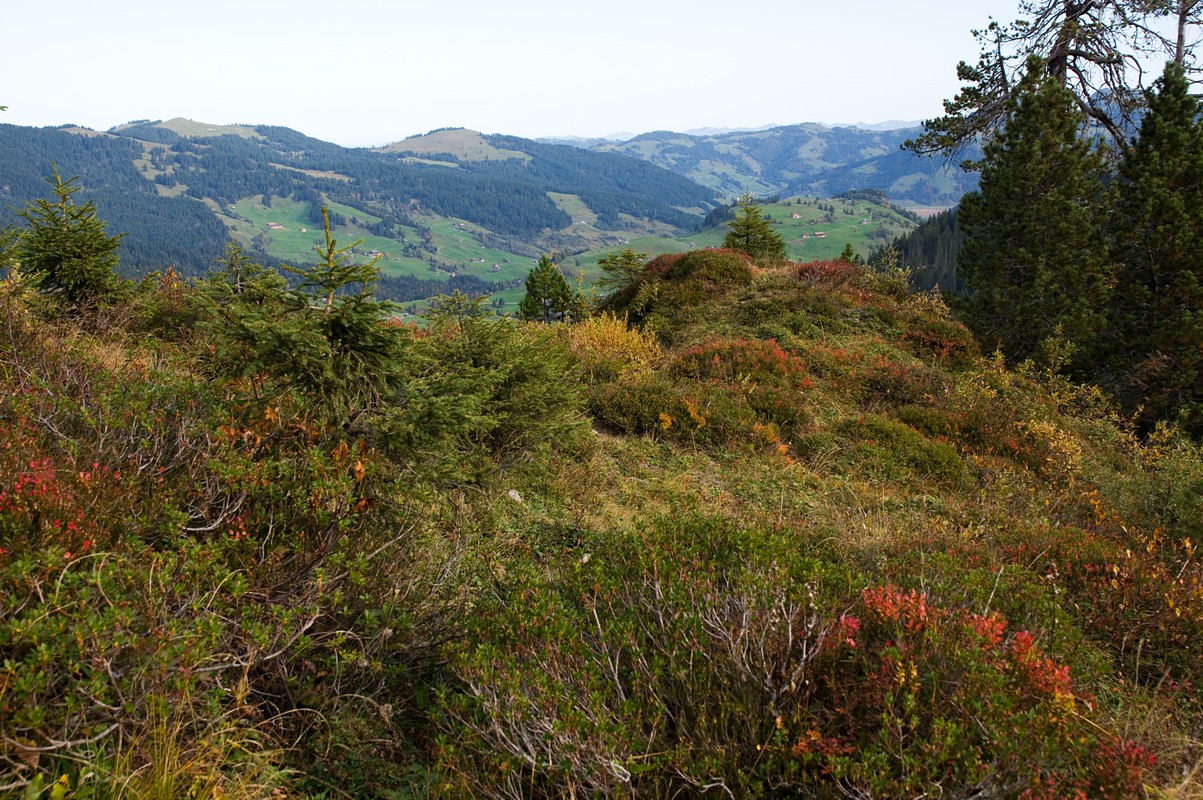 The foilage was surprisingly colorful. 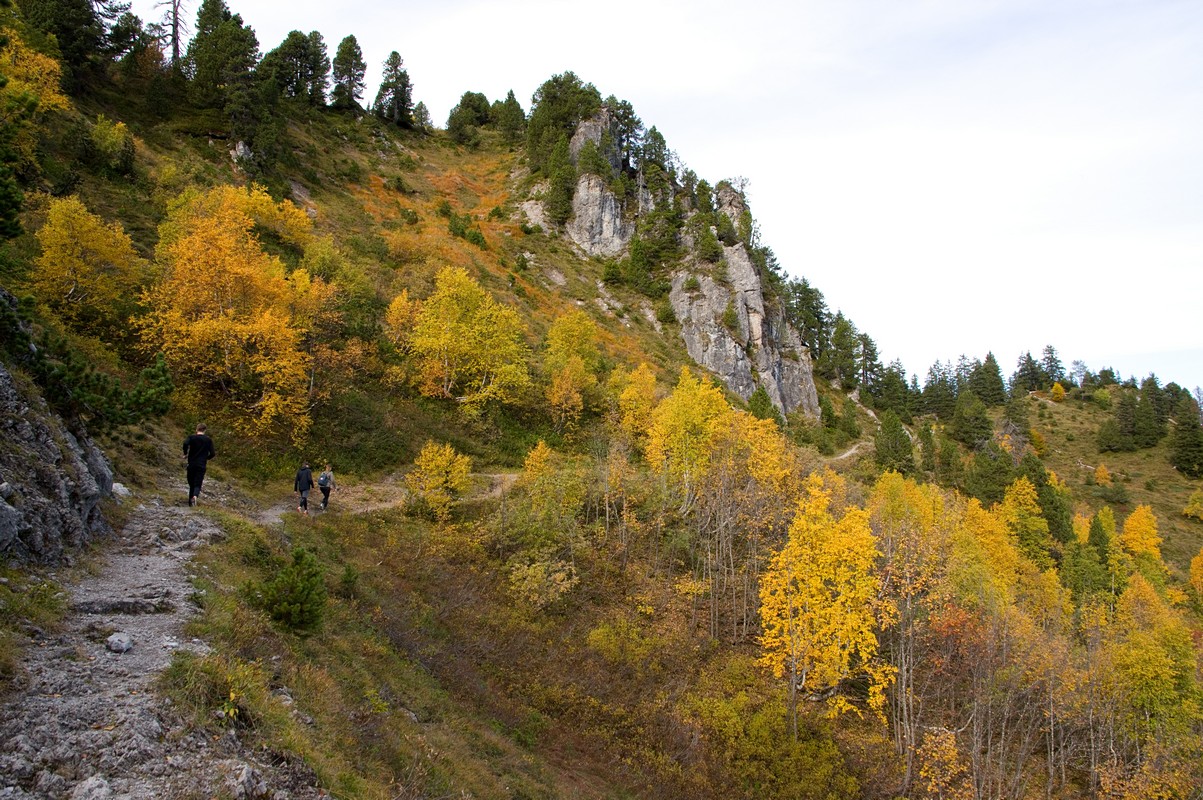 A look back from where we came from. 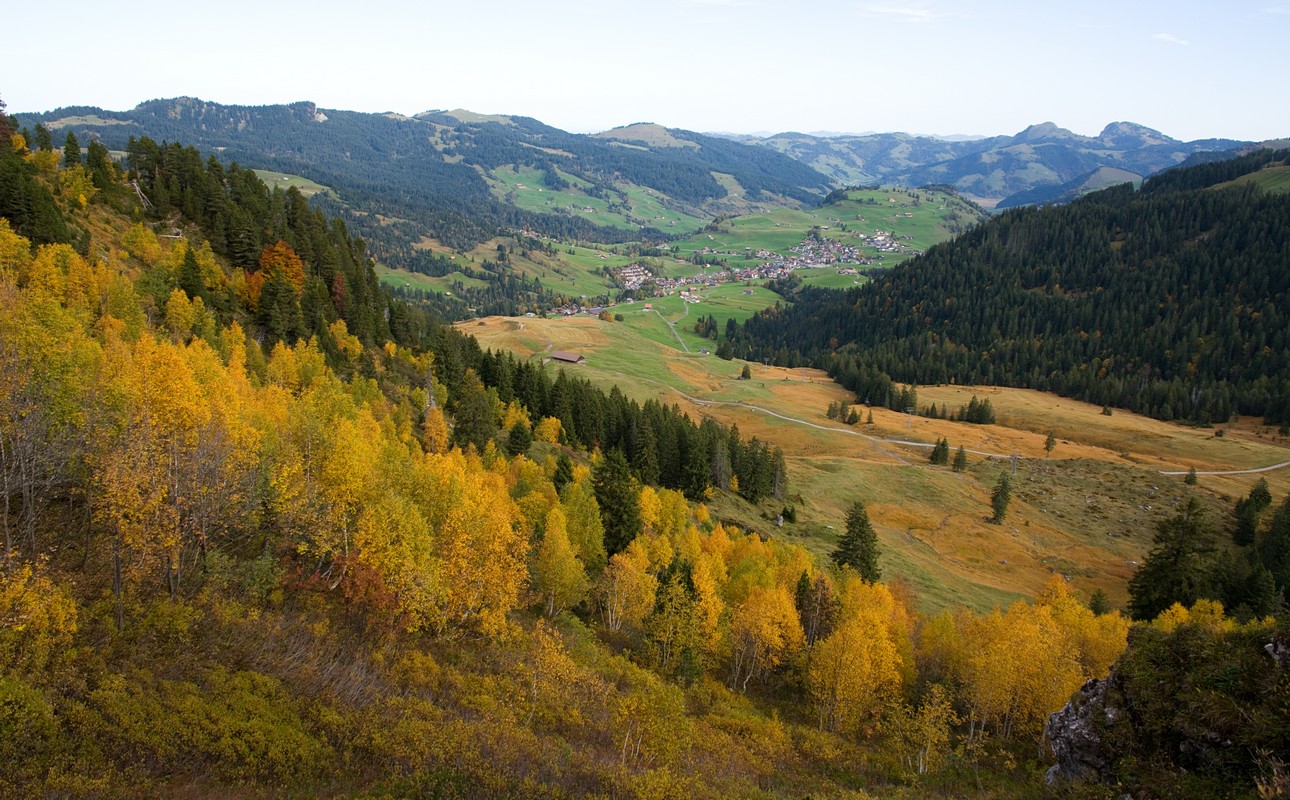 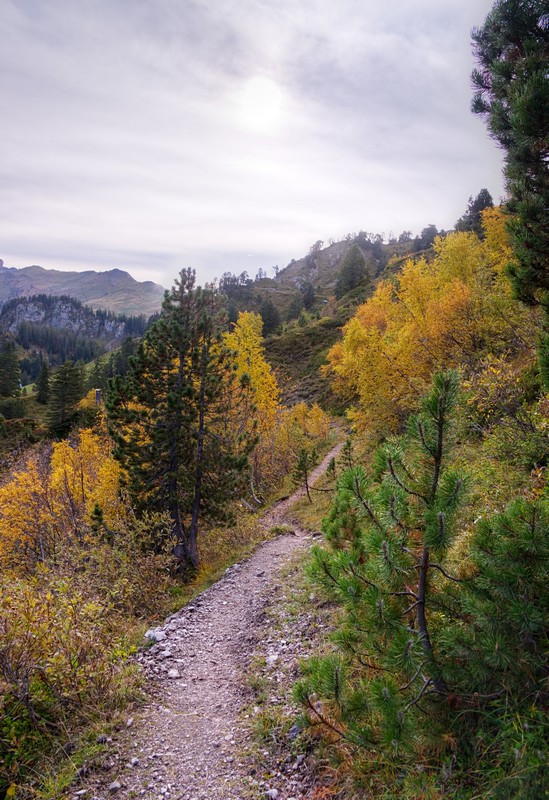 The trail goes up and down and it's quite nice. 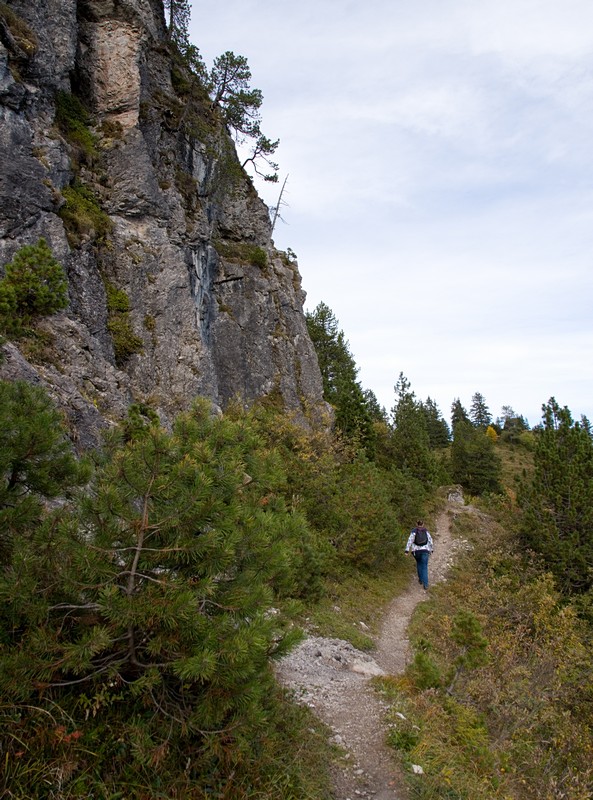 Some might recognize this picture from the Fall Colors 2019 thread. 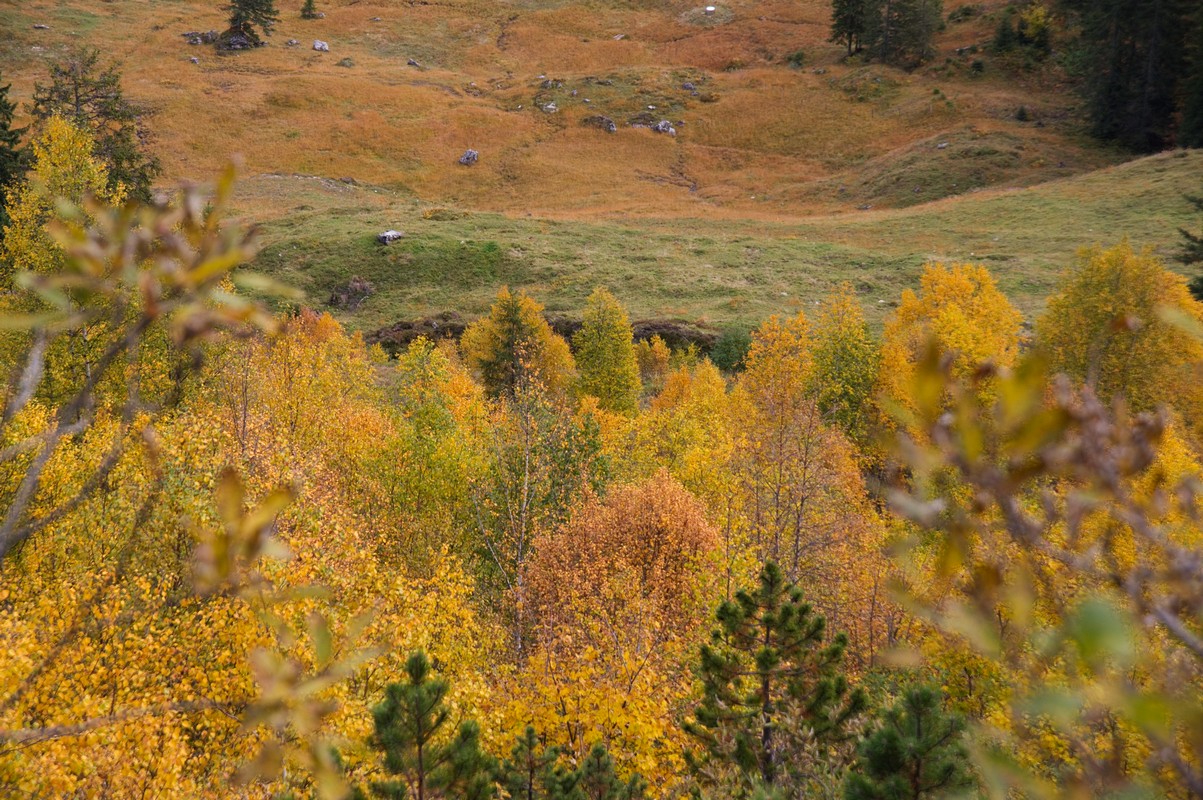 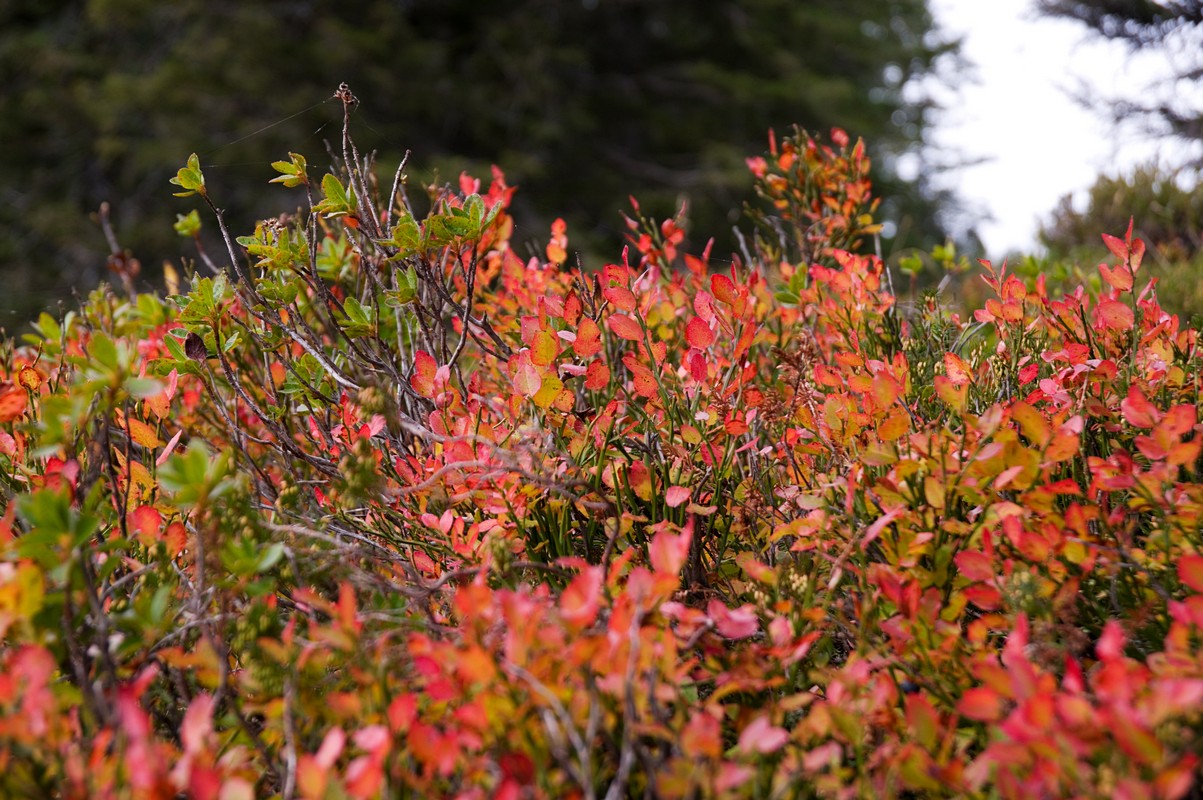 I particularly loved this part of the trail. 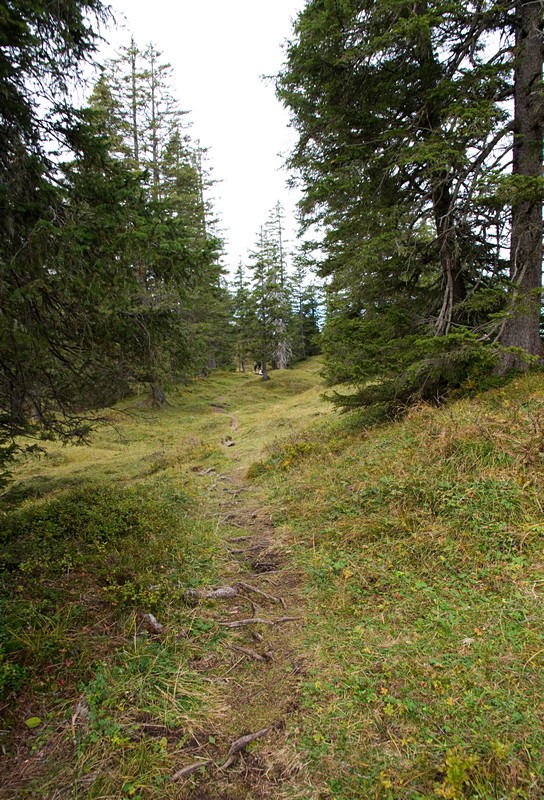 At some point, I got the first glimpse of the Mythen mountain.
The Grosser Mythen (it's actually two mountains, the small and the grand Mythen) is on my bucket list.
There is a club, the "Hunderterclub", which you can join only if you have hiked the Mythen a hundred times in one year.
Someone has climbed it the 5000th time in 2019! 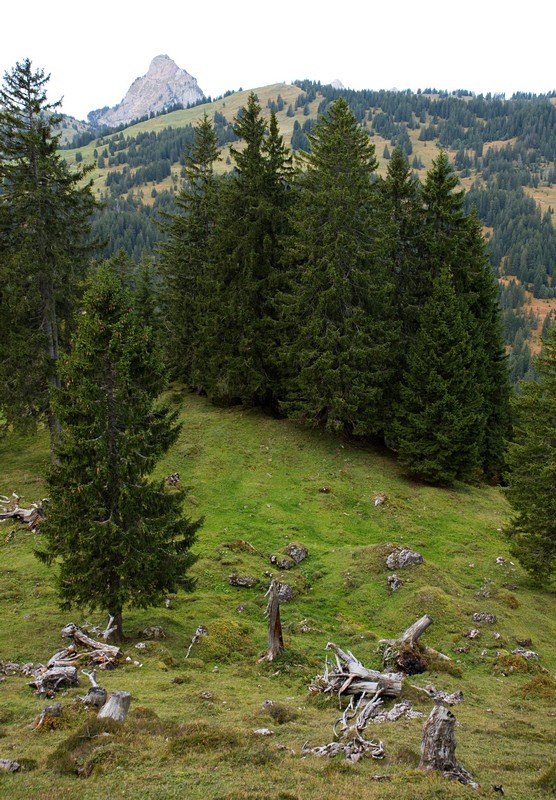 I've never seen a bluer flower than this one. It must be some sort of gentian, probably Gentiana brachyphylla. 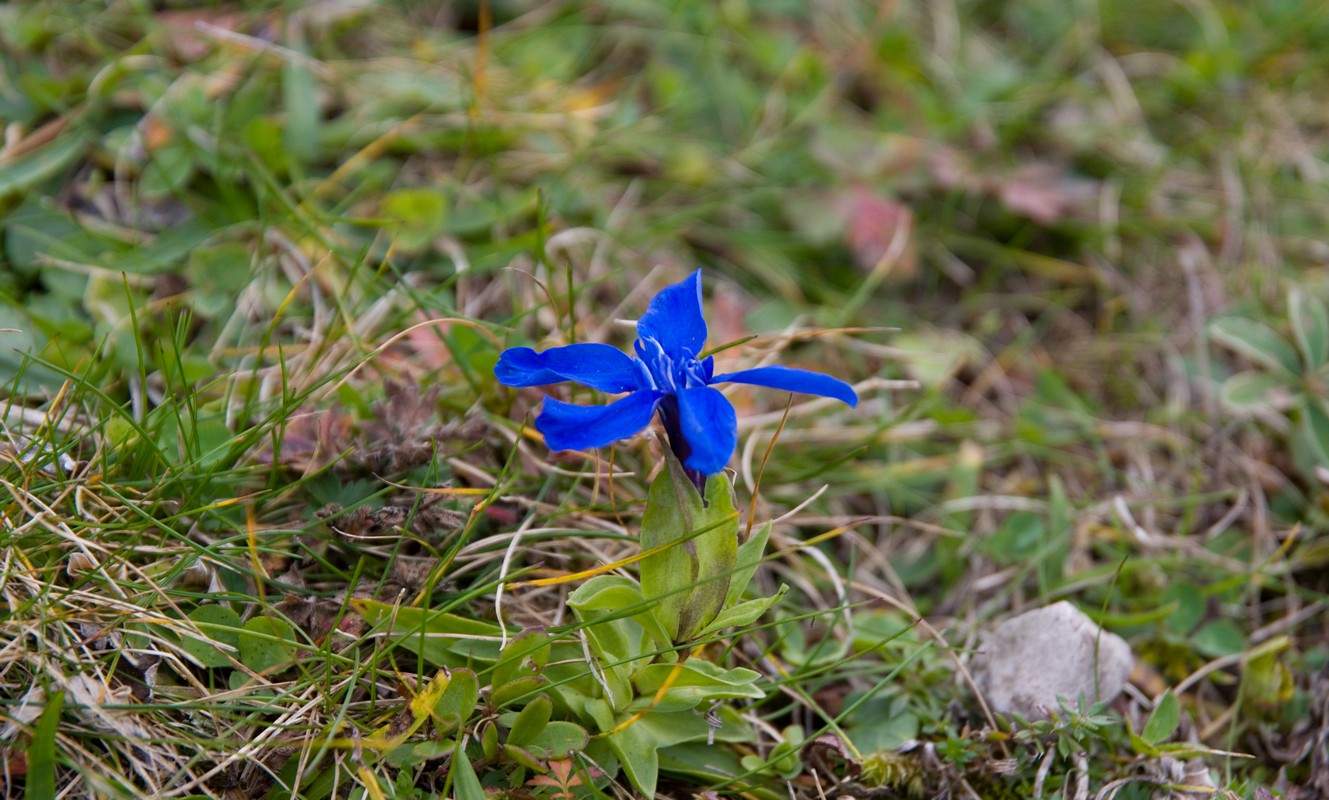 Mushrooms at the roots of a fir tree 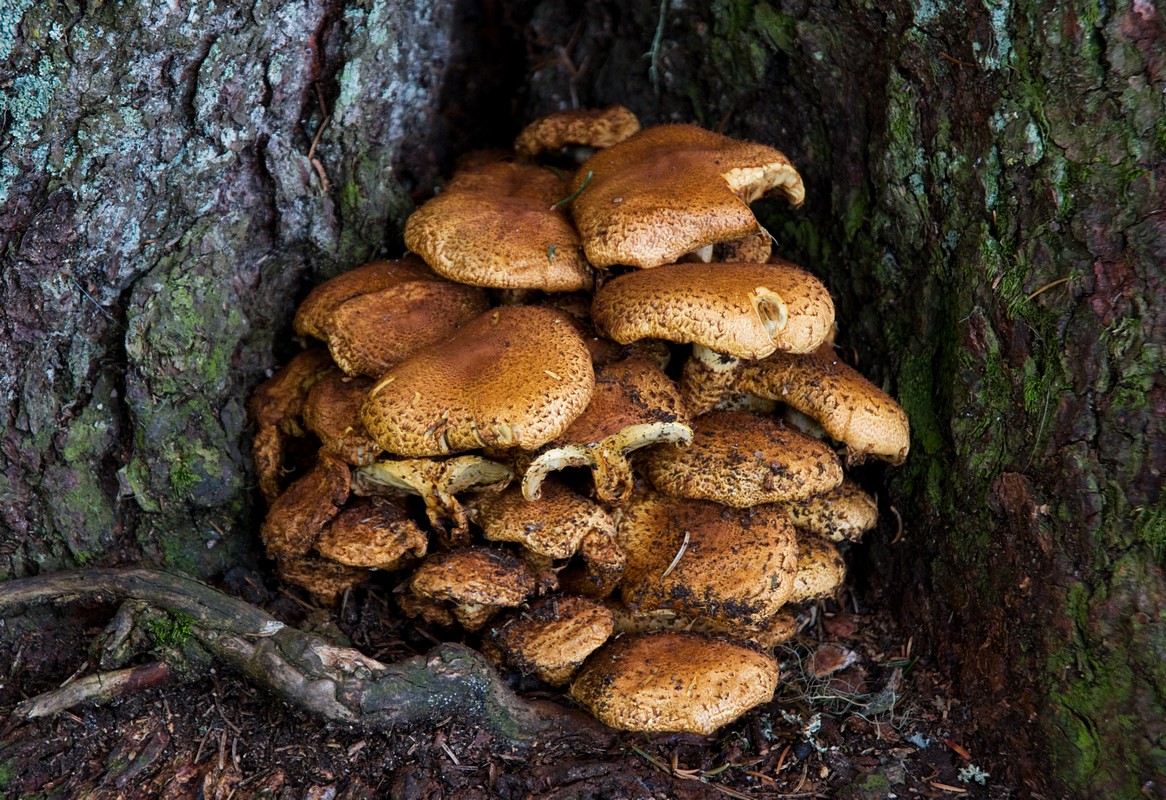 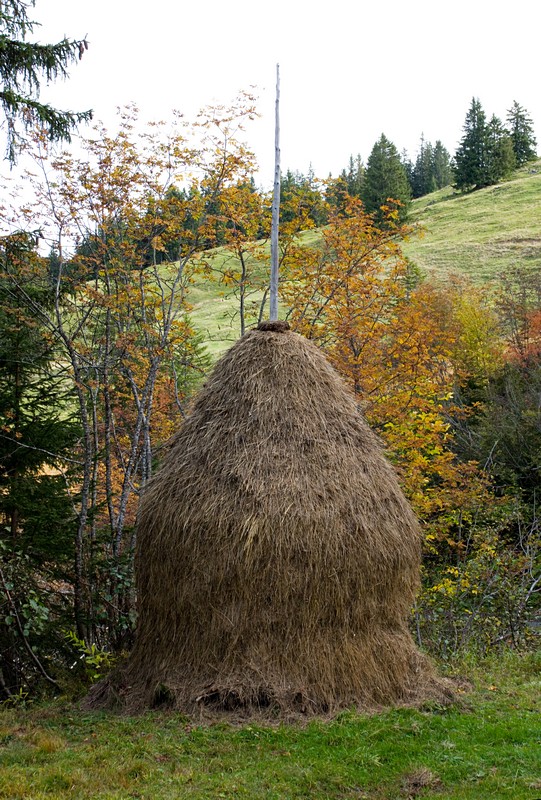 Approximately halfway round, after quite a steep section, we got a nice view over Lake Lucerne.
The high mountain in the distance is the Pilatus, Lucerne's local mountain. 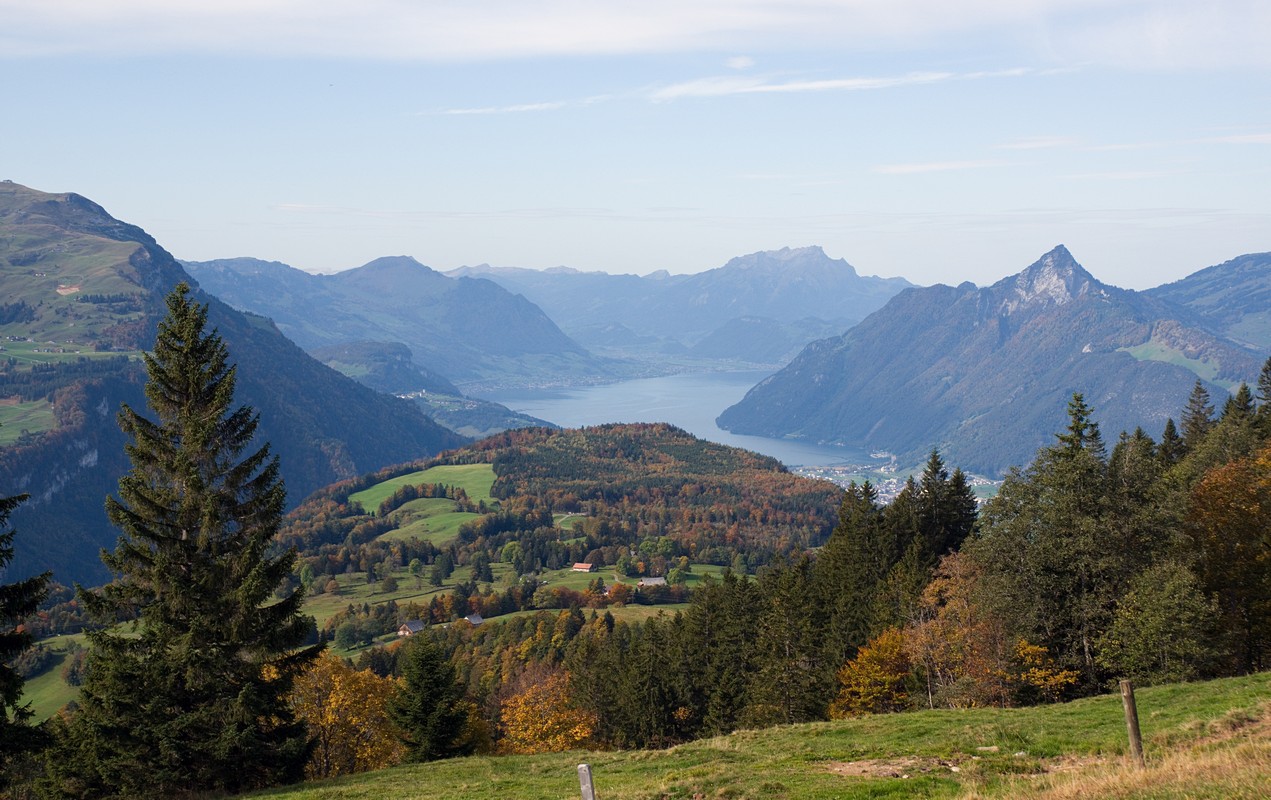 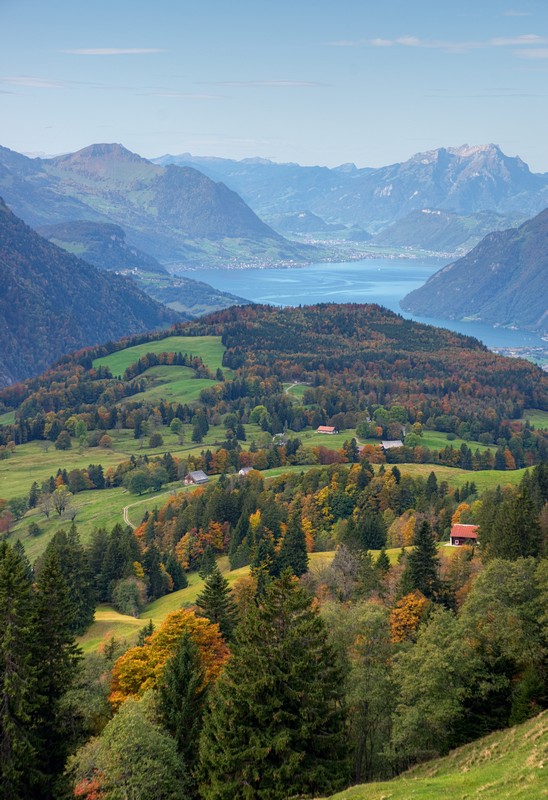 Toadstool mushrooms along the way... 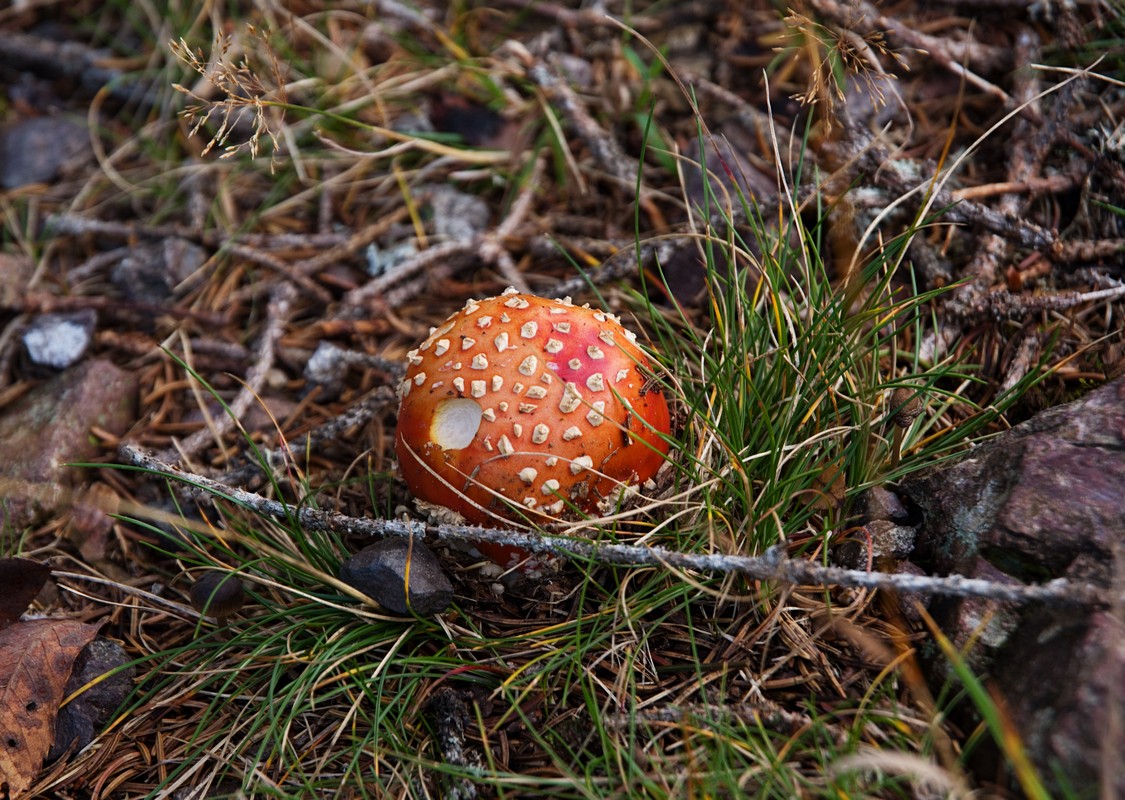 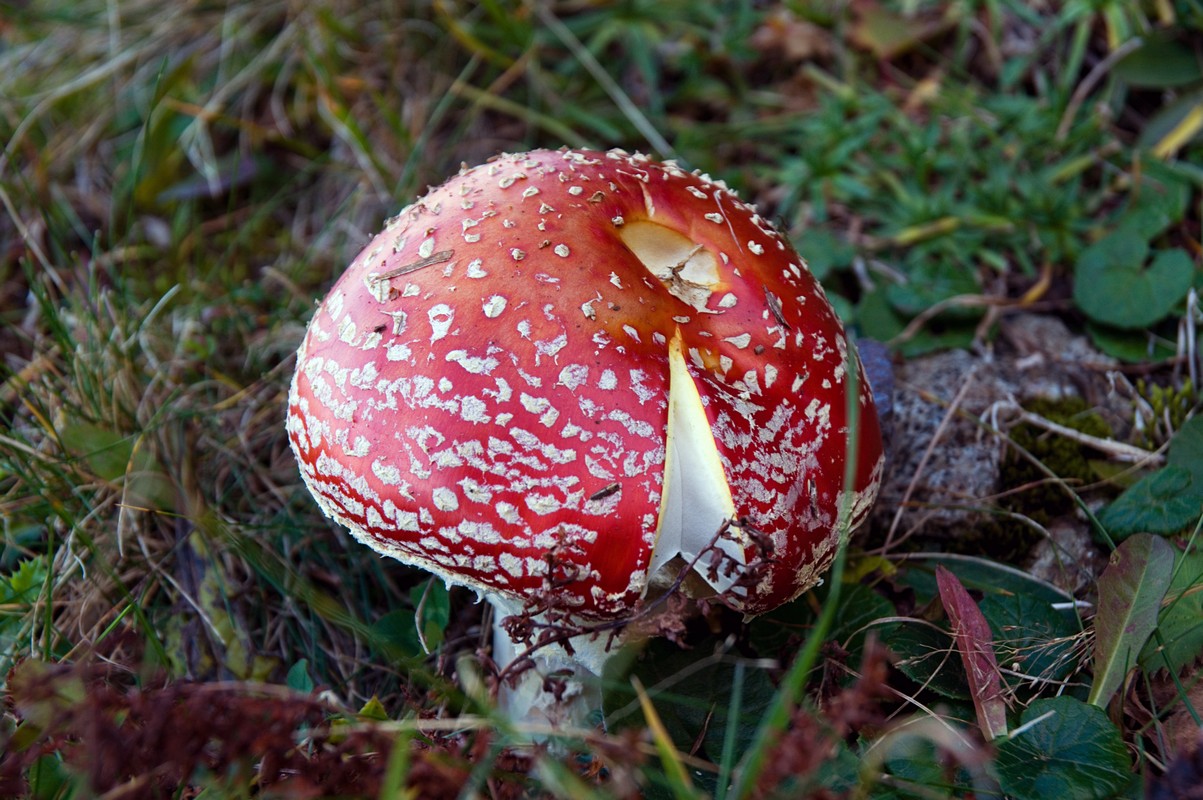 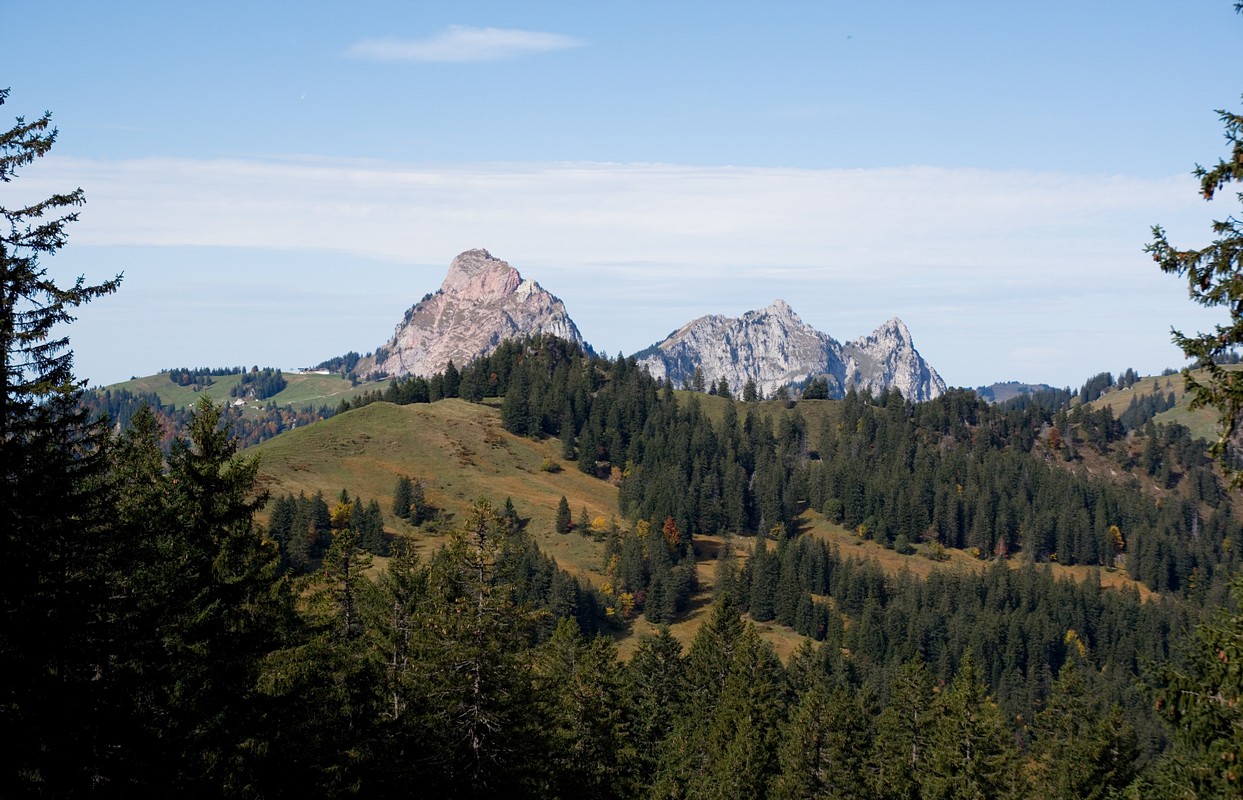 And in the middle of the picture, you can see the Rigi mountain. 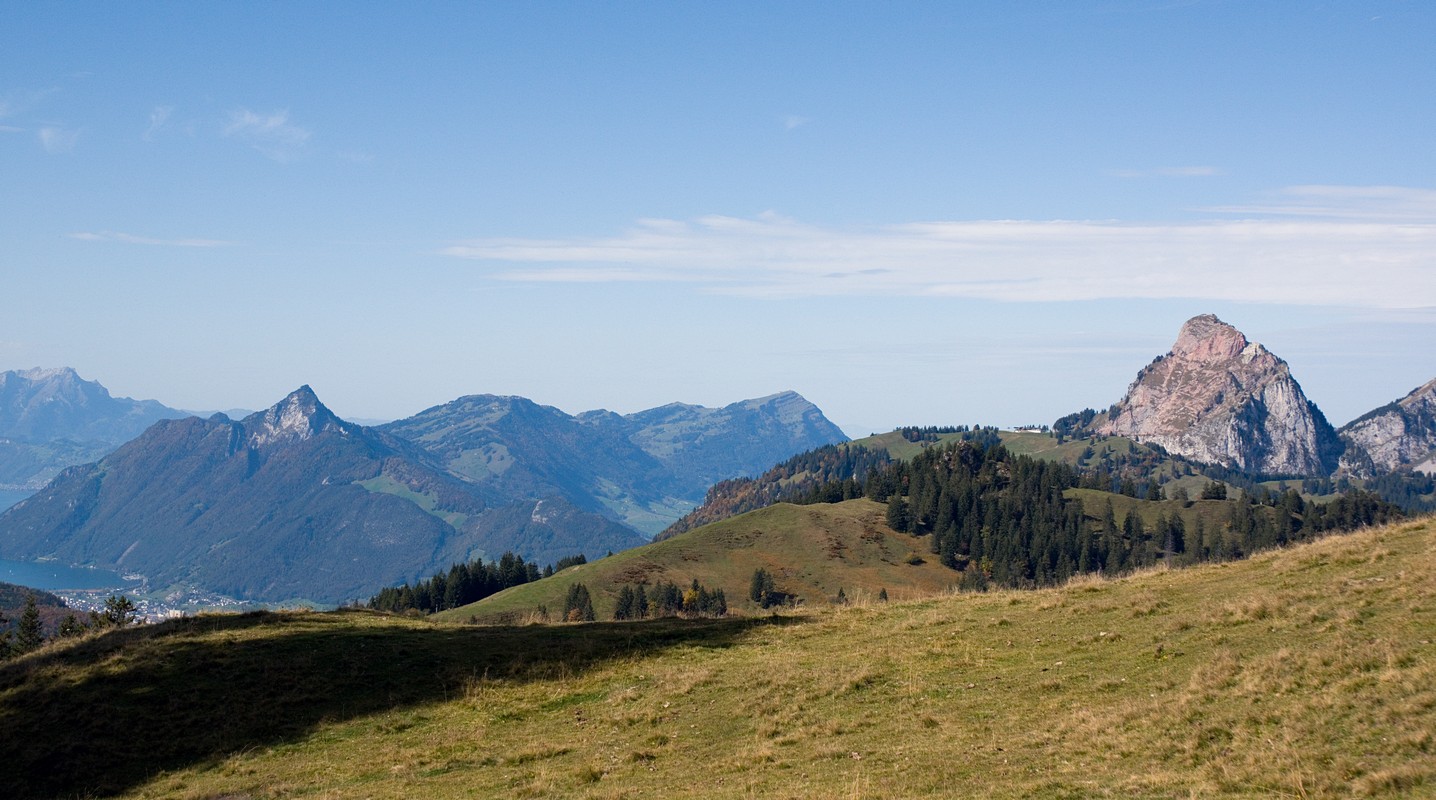 Rigi at the left, Mythen in the middle. 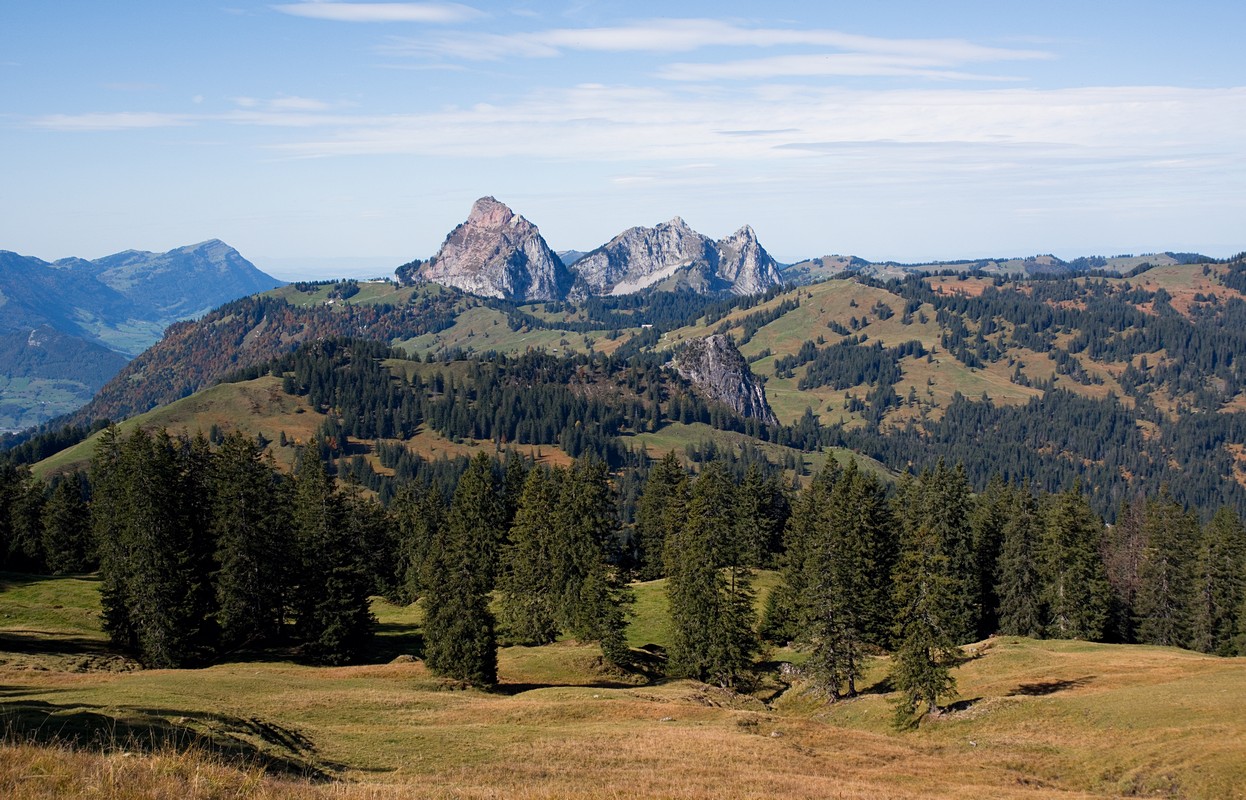 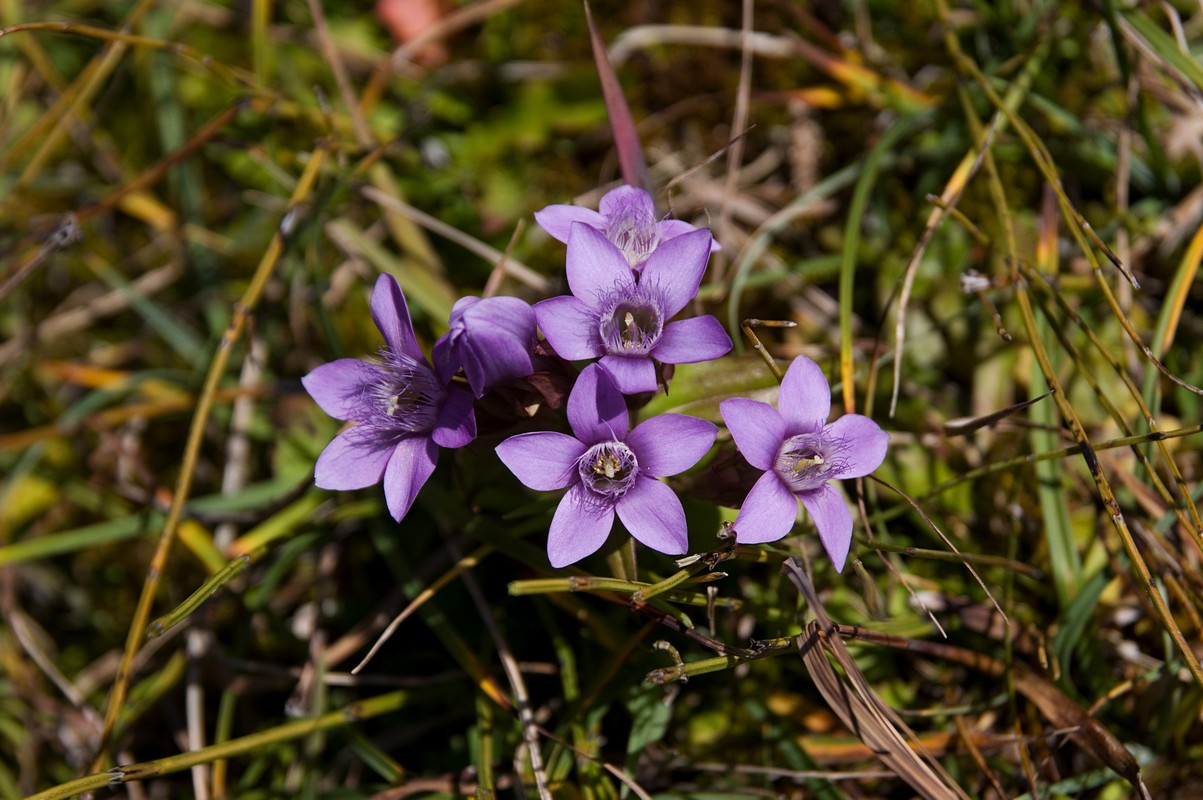 On the way back, we came across a little wooden chapel 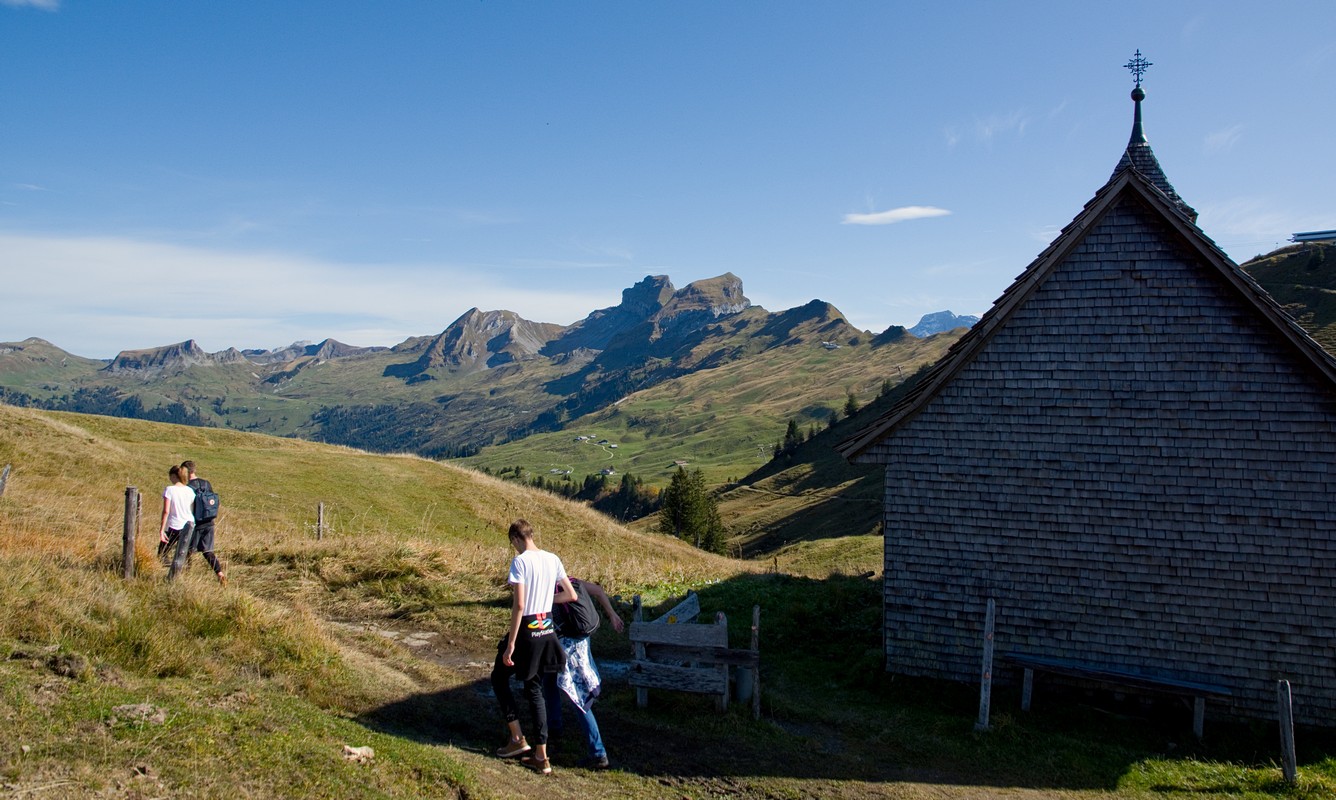 This section offers a nice view over the Hoch-Ybrig area. 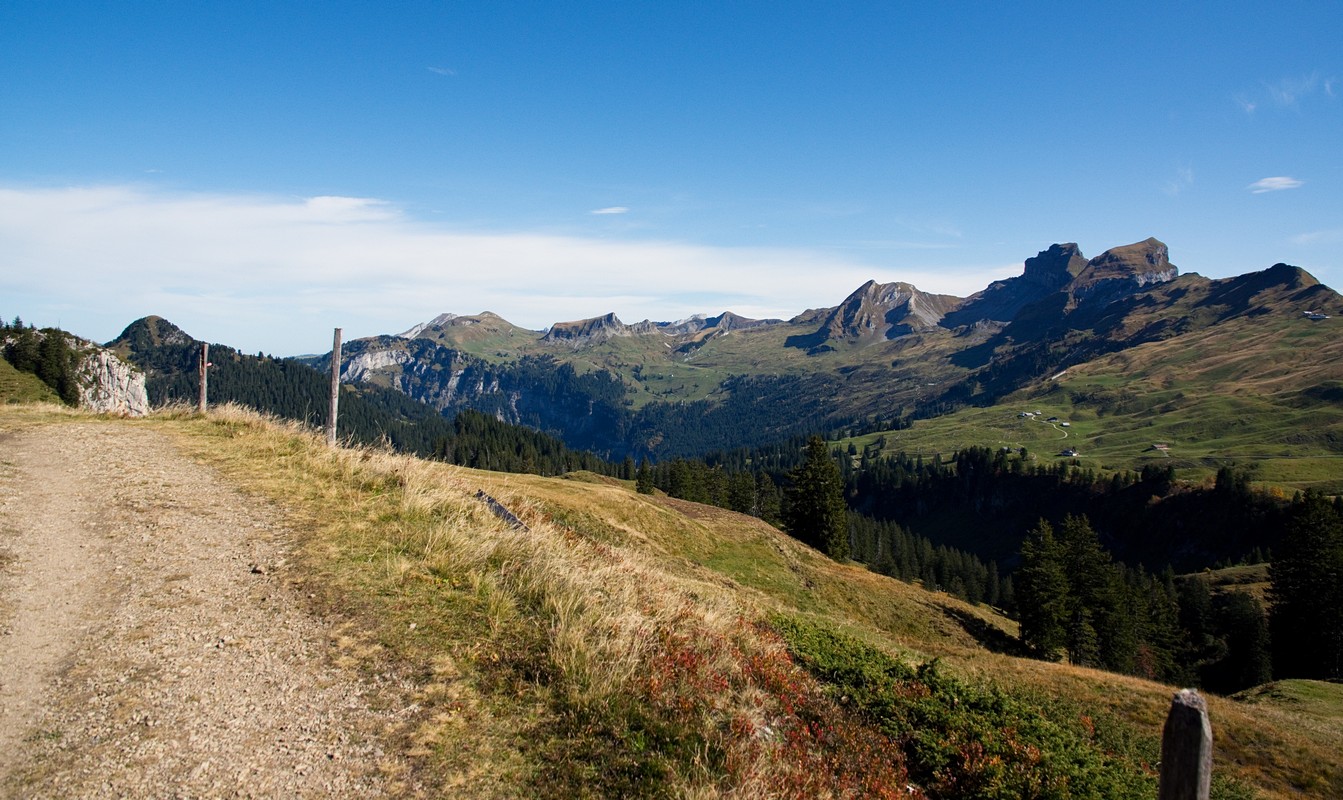 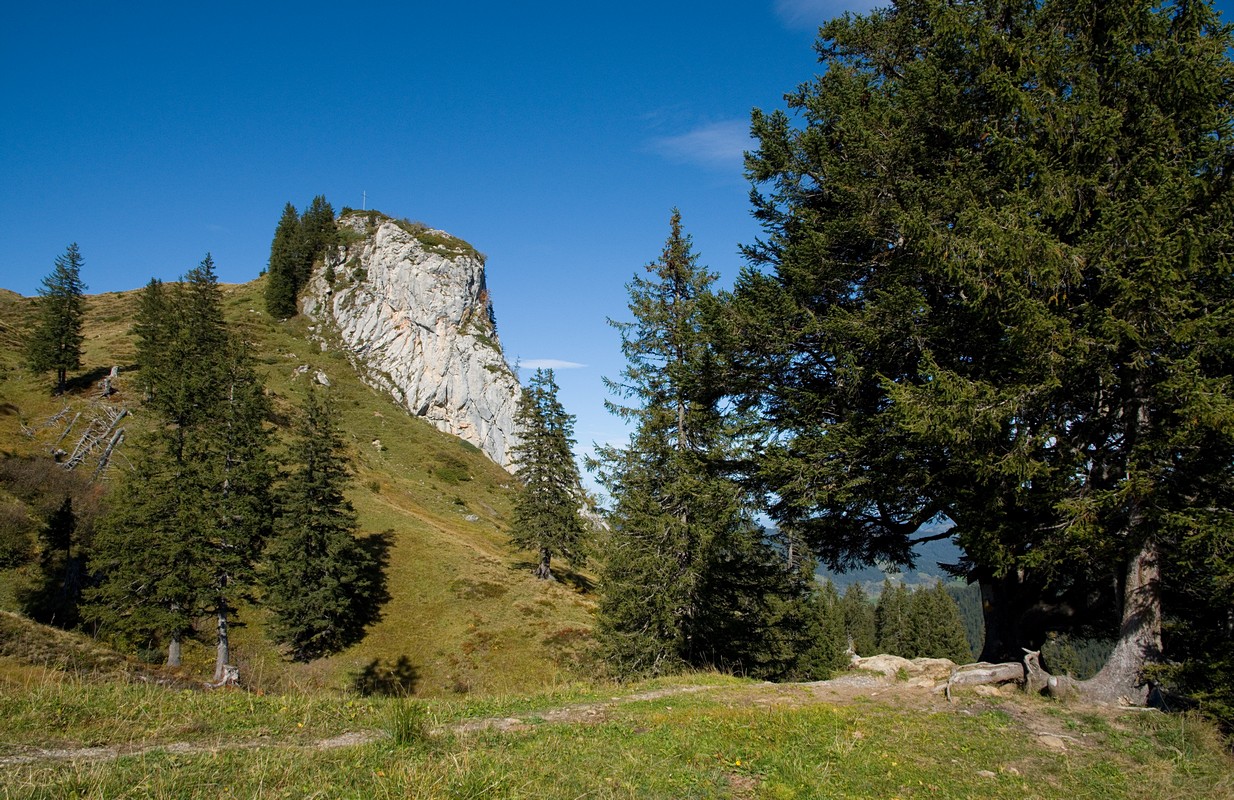 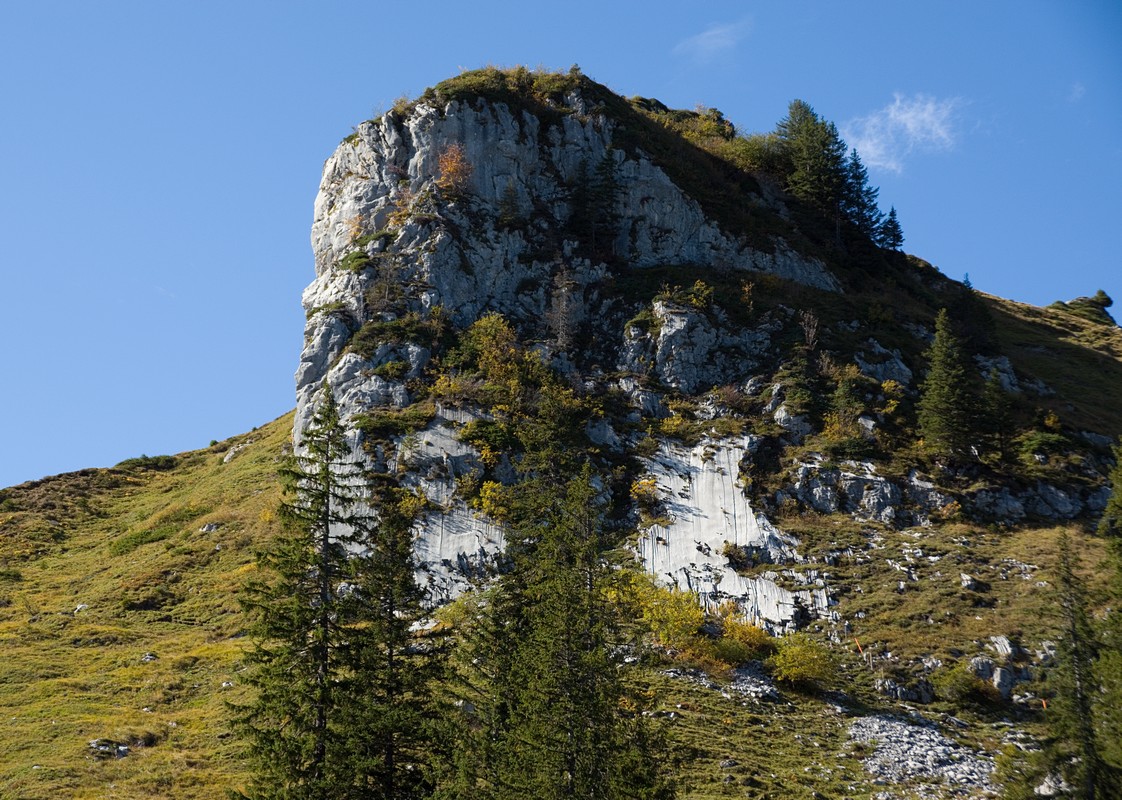 Shortly before we reached the chairlift station, I stumbled unpon this flower.
It looked like chives flower, it smelled like chives, so it must be chives. I have never seen it outside of a garden, I din't know that wild chives exist here. 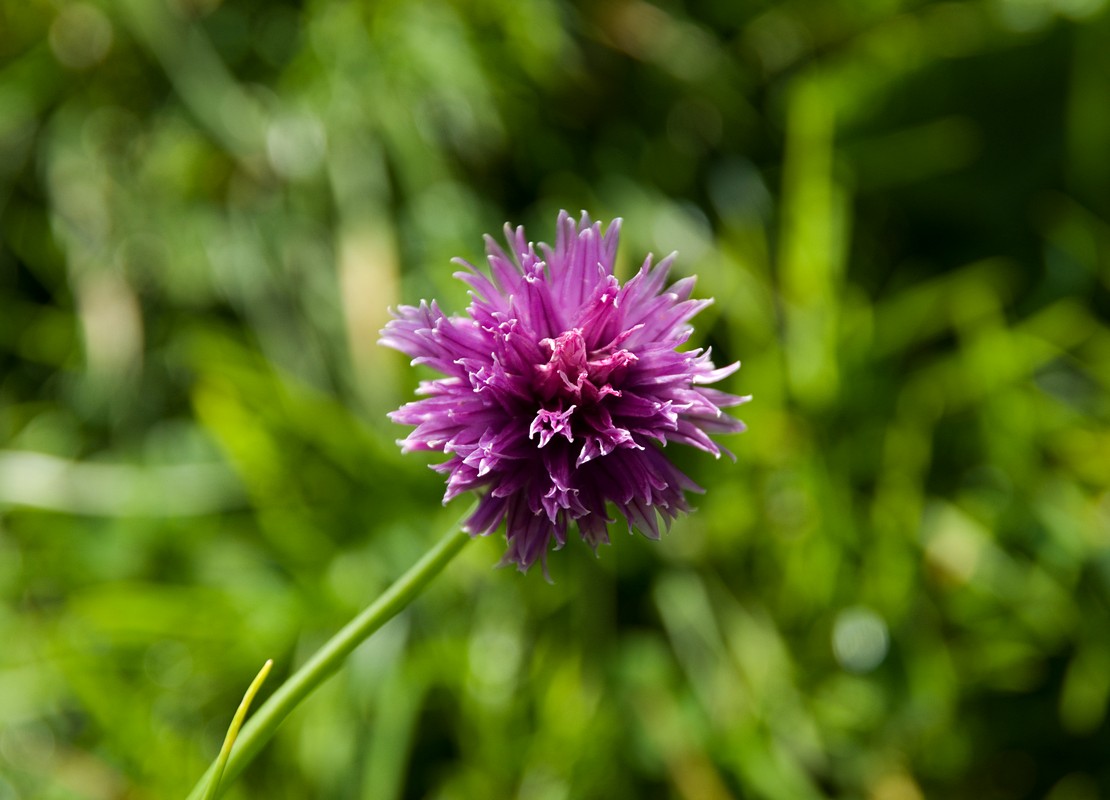 That's it, thanks for watching and have a good time!

Wow again, stunning area. I forgot how nice it is in Switzerland.
(That's a chive flower indeed. If you grow chives in your garden, you can pick the chive flowers, pull the flower apart & sprinkle over food, spicy. That also prevents it from re-seeding all over.)

There are nice places, yes. And it's easy to focus on them with a zoom lens .
Good to know that the seeds can be eaten, thanks for the tip.

That iiiiiis a blue flower! Very neat!
You must log in or register to reply here.