I was lucky enough to be invited along on a Dark Canyon trip. Located in the Bears Ears area of Utah, its' remoteness was more than my route finding skills were comfortable with. A group of four, we set off from Woodenshoe trailhead. This section was more gradual downhill with wooded areas. Water would be available at spots but the first two nights were dry camps. 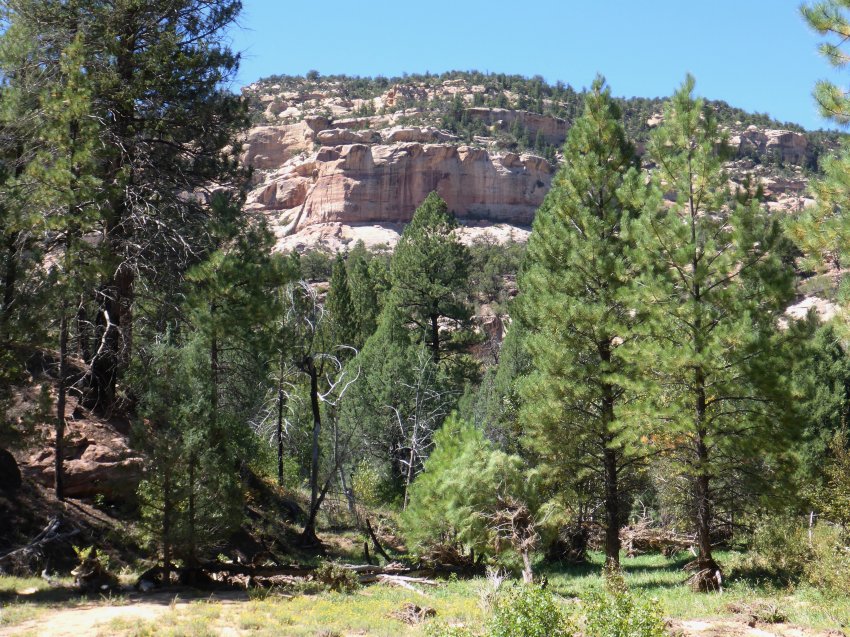 We found some nice ruins in an alcove. 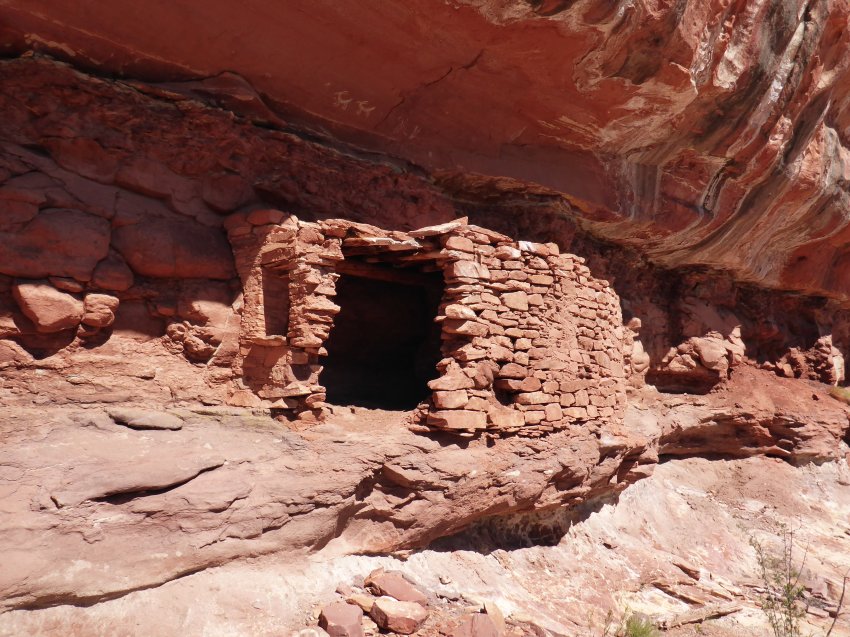 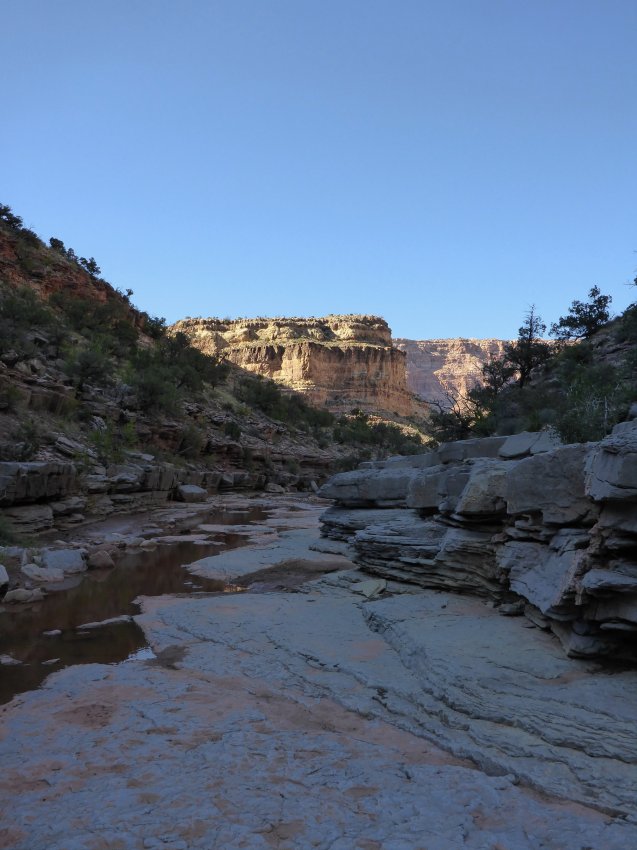 Crescent moon at sunset. The stars were absolutely breathtaking. 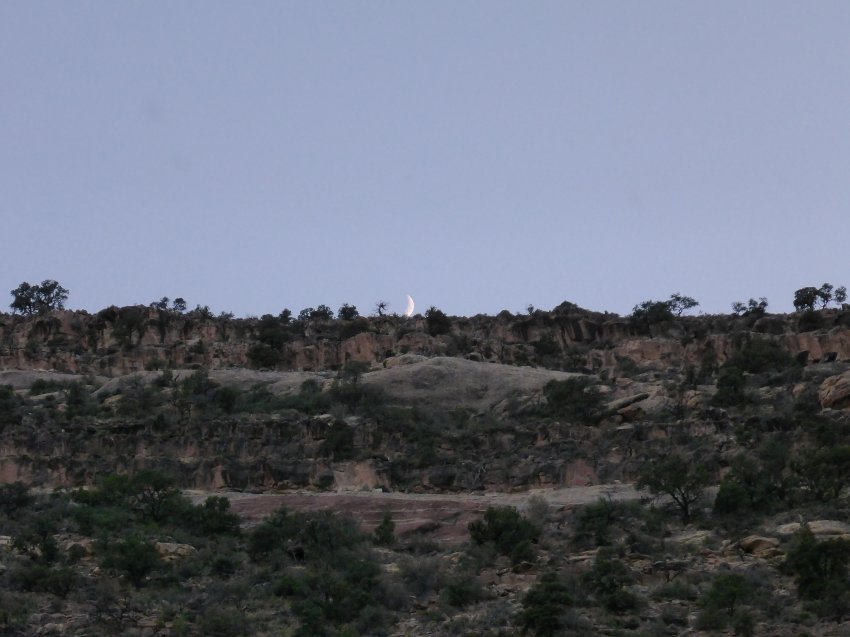 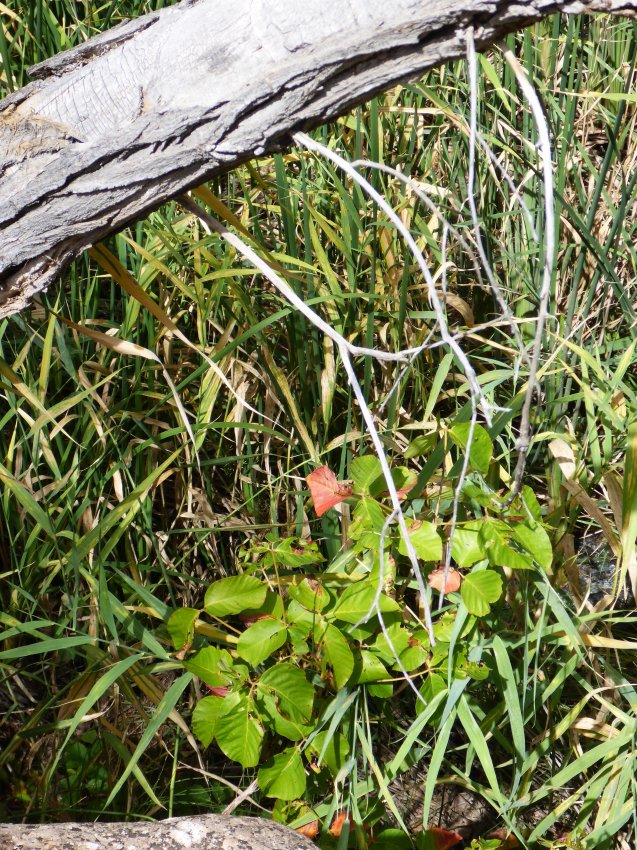 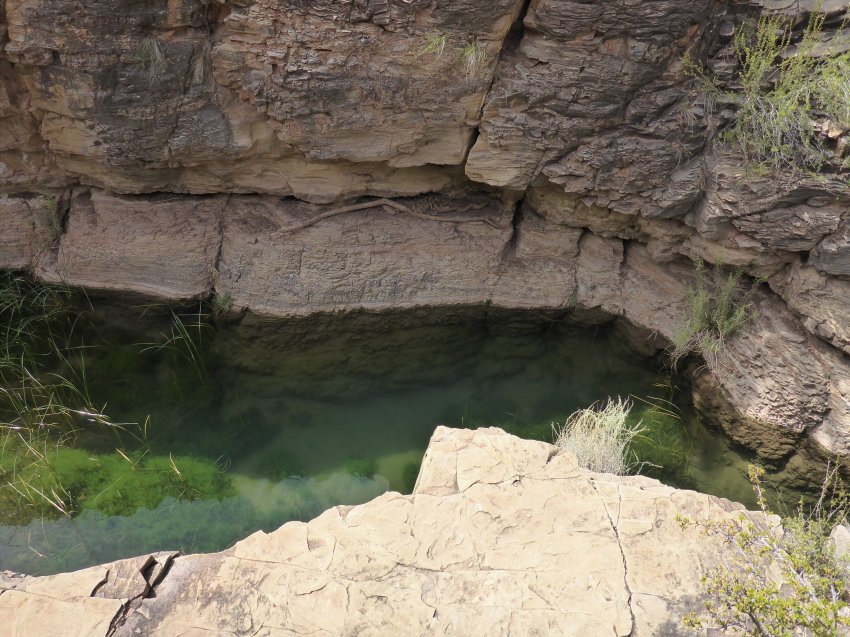 The waterfall at the start of Young's. 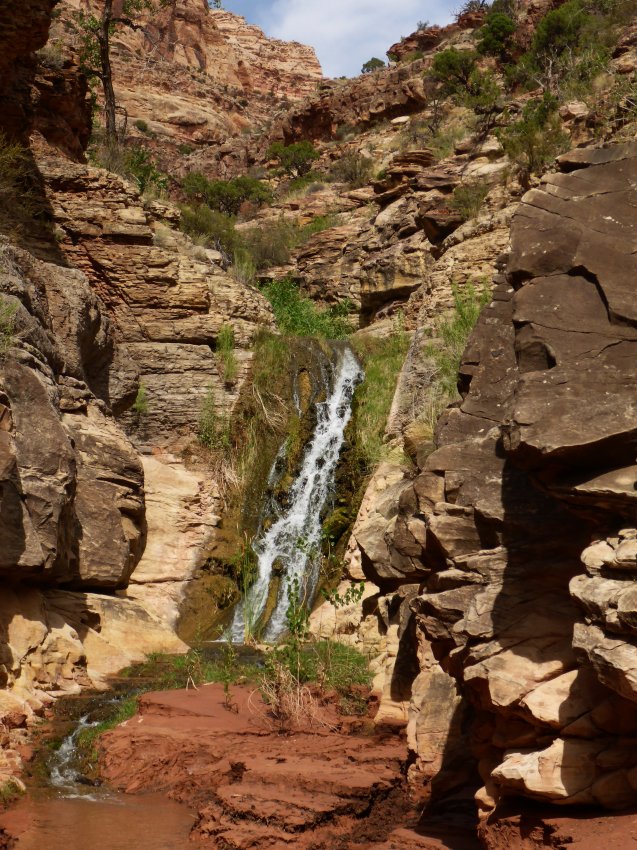 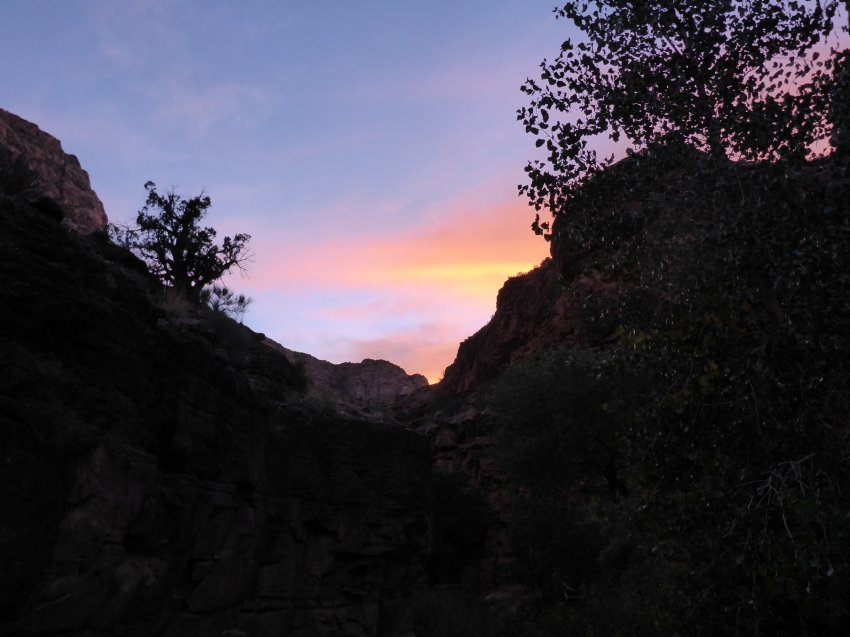 Hiking alternated from streambed to benches of varying height. 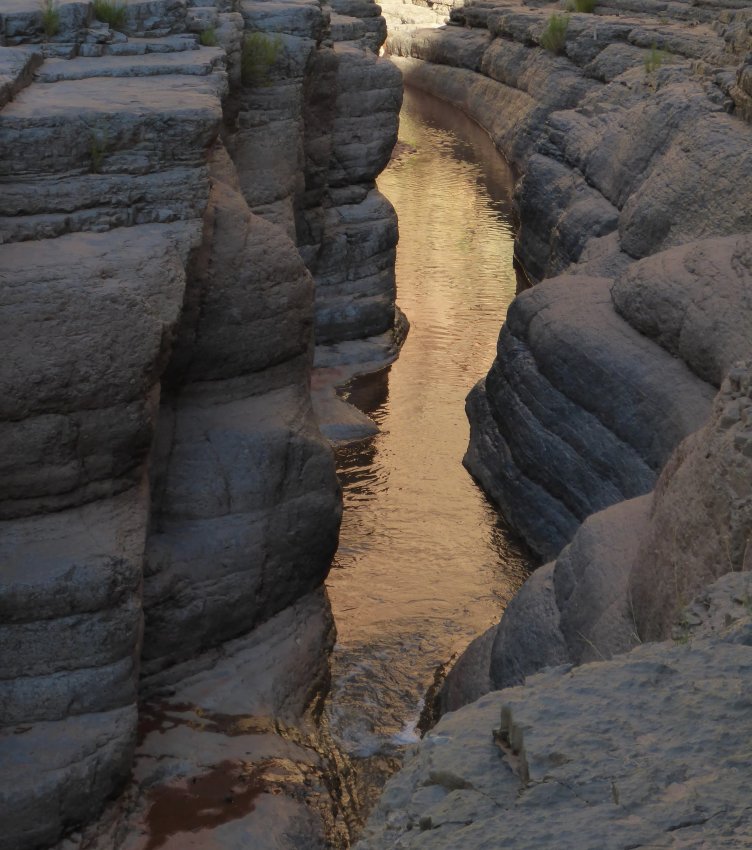 Another side canyon-Lean To. Interesting patterns on creamsicle colored rock. 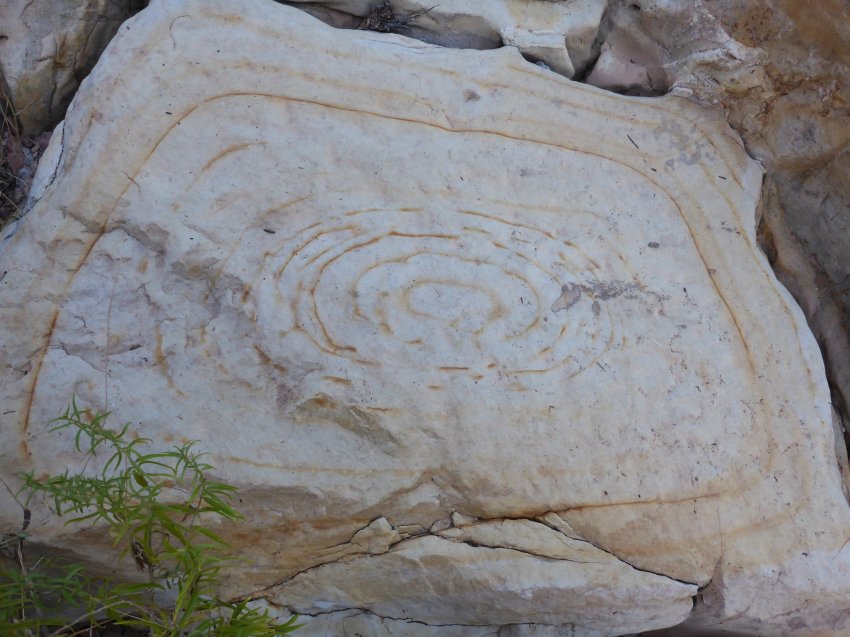 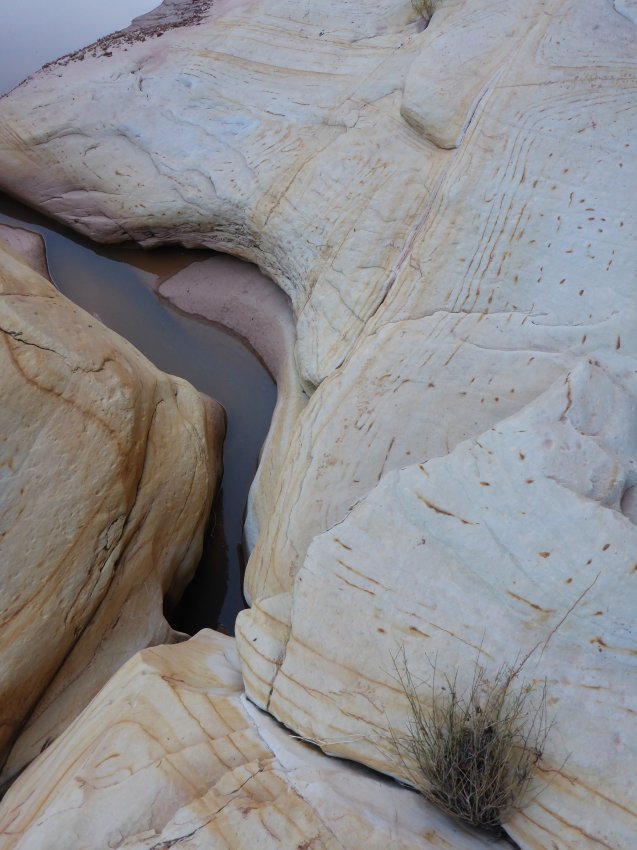 The canyon deepened as it made it's way to Lake Powell. 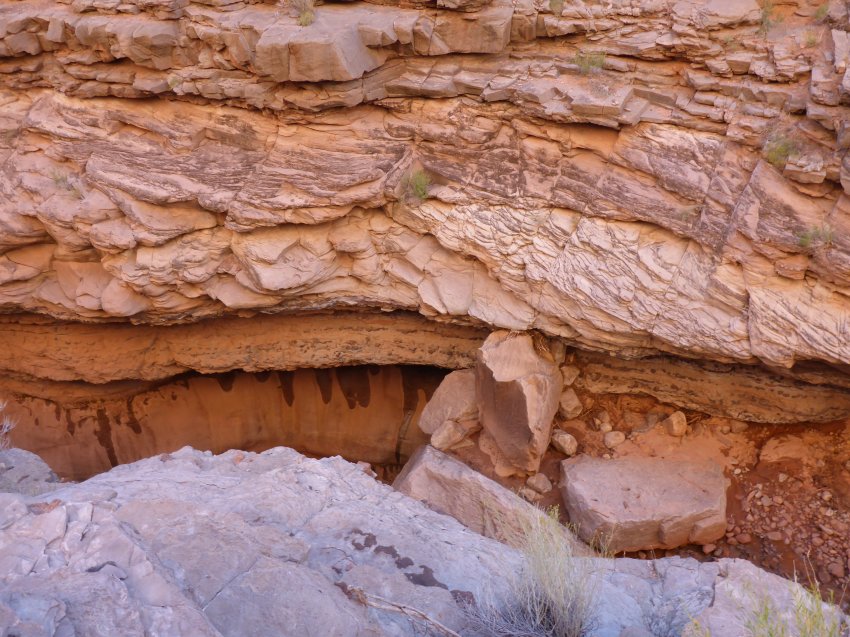 Fossils embedded in the rock. 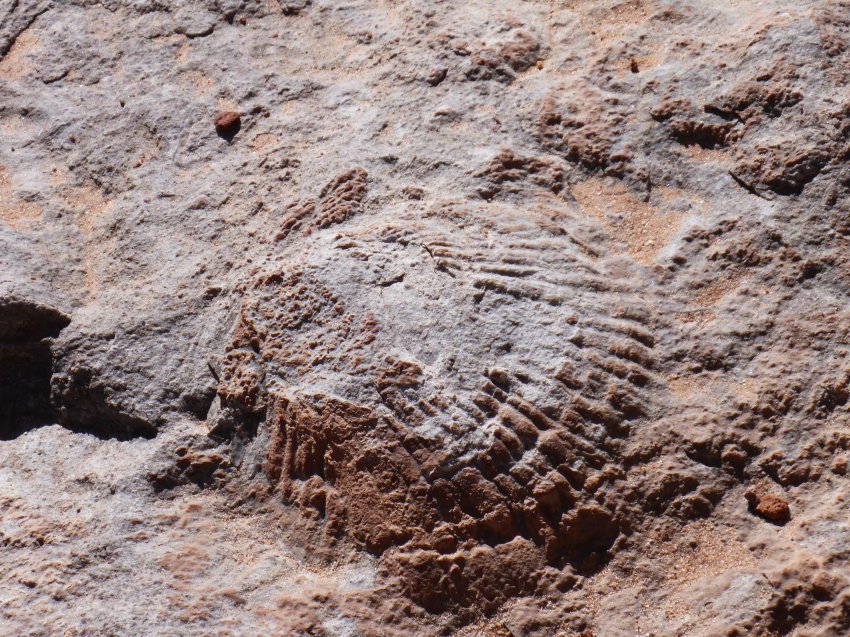 The trail wound high in the benches. 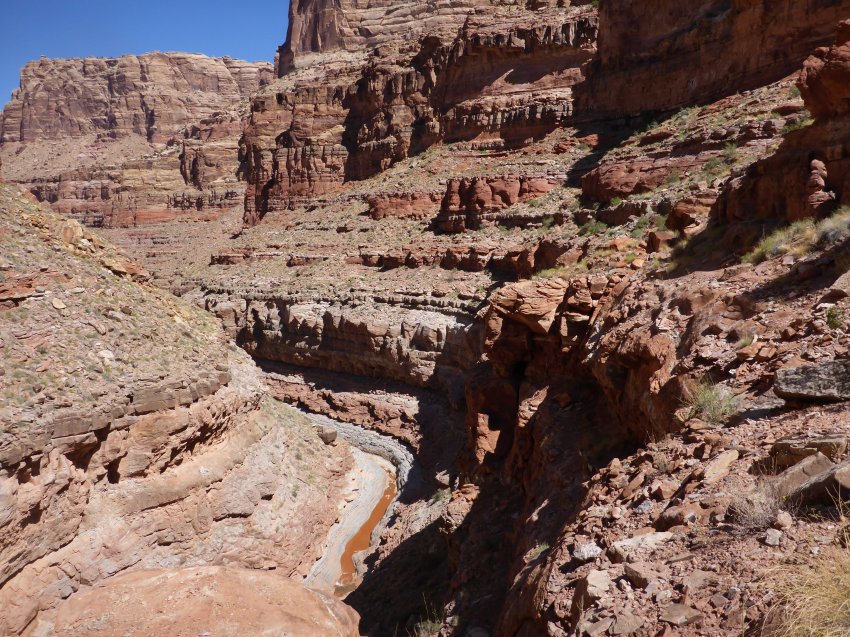 We had camped close to our exit hike and were day hiking the portion to Lake Powell. We carried water that was filtered in camp but the sun was warm and the route finding gave us some challenges. The water was picking up more sediment as we went and I had just an emergency filter which I used to drink from a ziplock bag after collecting in my storage bag. Mmm, tasty mineral water, anyone? 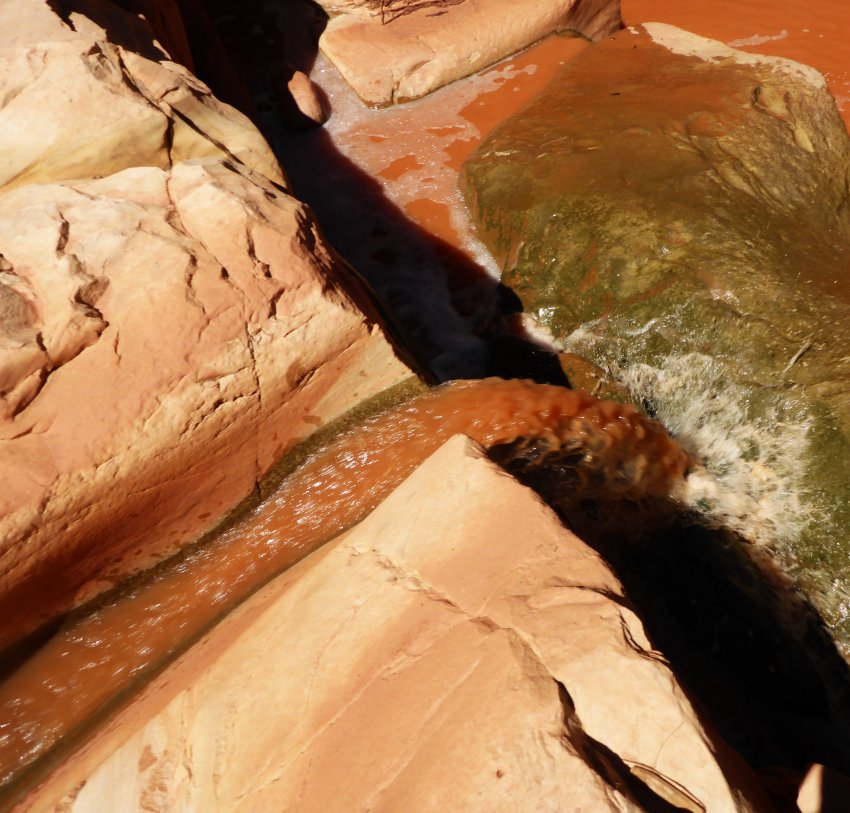 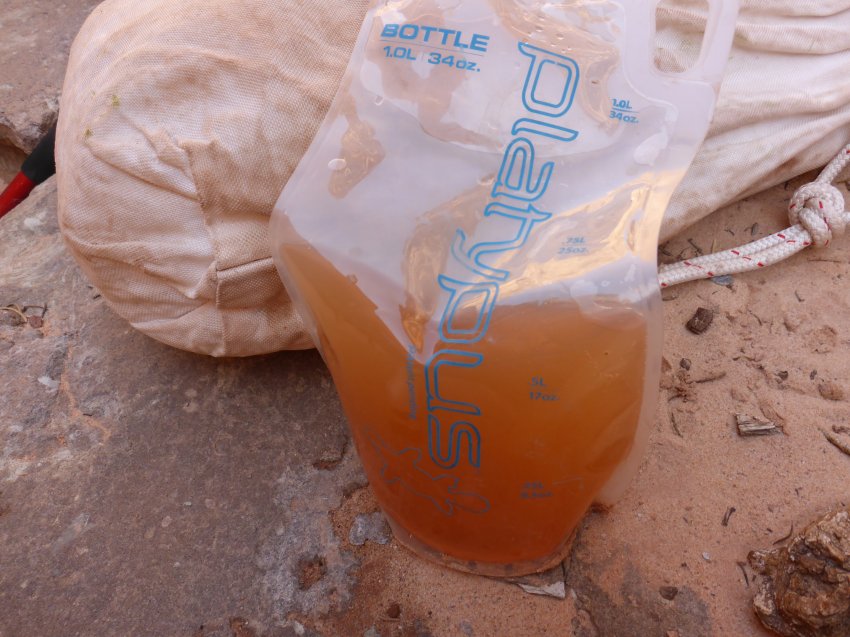 Reaching the sand benches left behind by a dropping water level in Lake Powell. 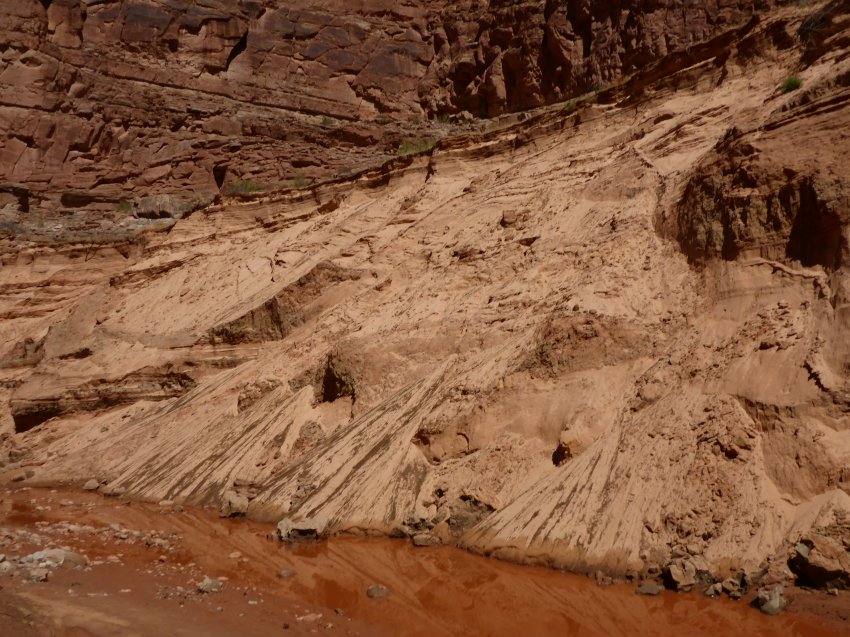 And finally a slurry where the waters met. 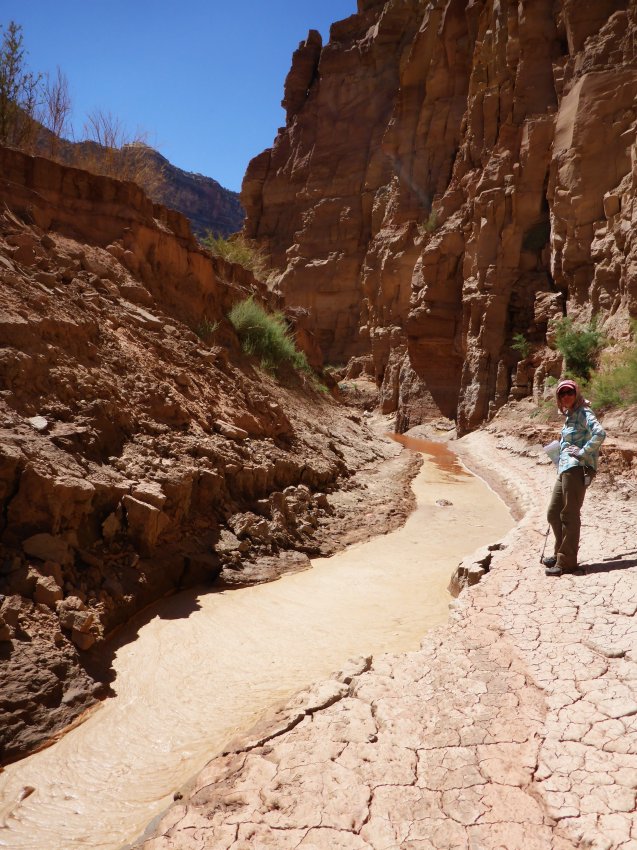 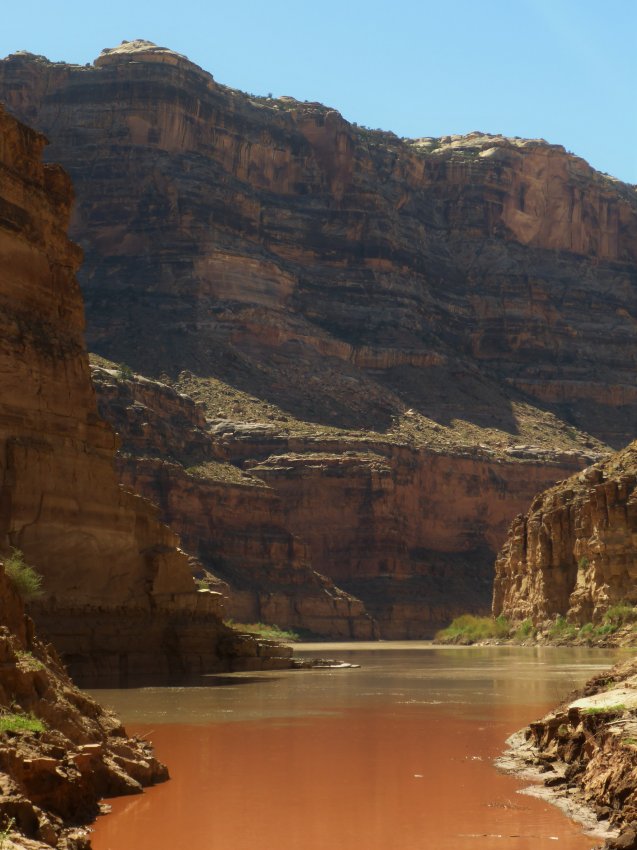 After one more night at camp, the climb up the Sundance trail. 1100 feet up a surprisingly stable slope. 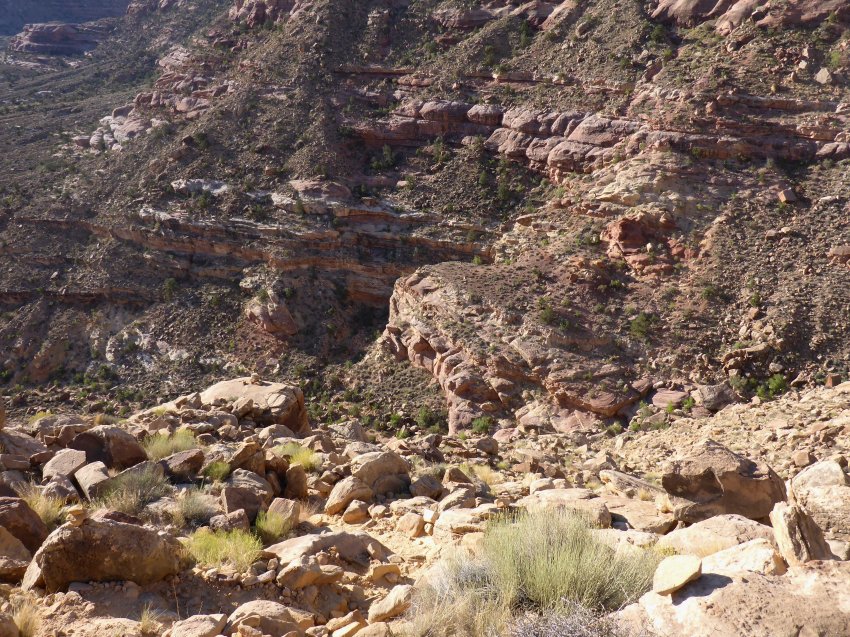 Nice. When were you there?
I was down Woodenshoe in June. Started in a sea of wildflowers and pines... Water and heat became the difficulties. Had some water at/near Cherry, but then only a couple tiny pools of tadpoles at the pour offs farther down and then the drip-drop of a seep near the confluence. We stayed the night near the confluence, but with temps over 90, and me with a fever and otherwise feeling like crap, we bailed on our plans to go farther down into Youngs.

It is nice to see a little of what I missed. There is some awesome country there... rugged, beautiful, and demanding.

Just last week. We went up a way into Cherry for better water. It honestly wasn't much different. Hanging garden had great water. Young's was clear but with a bit of sulfur smell. After that we had plenty but silty. The platypus did a great job with lots of back flushing. Letting the water settle did little. There was a flash the day before we got there but it ever cleared through the week.
Hope you get back there. It is an amazing place.
Last edited: Sep 14, 2016

Awesome report! That's not Lake Powell right now though, it's the Colorado River. It's been years since the reservoir made it to the confluence with Dark Canyon. Hopefully it'll stay that way long enough for that silt to get washed out of the lower part of Dark.
IG: @backcountrypost

Nick said:
Awesome report! That's not Lake Powell right now though, it's the Colorado River. It's been years since the reservoir made it to the confluence with Dark Canyon. Hopefully it'll stay that way long enough for that silt to get washed out of the lower part of Dark.
Click to expand...