Camp Rucker, a ghost town without the crowds

Another trip report crossposted from my blog. This was an outstanding ghost town that didn't seem to see too many visitors. It's in a beautiful canyon in a somewhat remote area in SE Arizona.​ 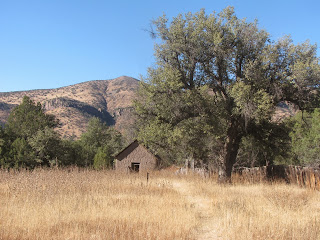 ​
I'm not sure when I first heard about Camp Rucker. It was sometime within the past year, maybe in February, but I remember hearing about it then filing it away as "this is a place I've got to go see." Life moved along and I got busy seeing a bunch of other things and didn't make time to make it out to the Chiricahuas since the trip we made in February 2013 to the monument. When my wife asked me what to do for the long weekend over Veterans Day, we decided to head back to the Chiricahua Mountains, and visiting Camp Rucker was extremely high on my list. I'm glad we did it. Of all of the ghost towns I've visited in Arizona so far, Camp Rucker has definitely been the best preserved &amp; best experience visiting. 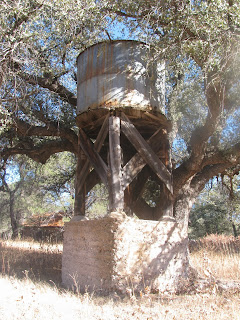 ​
Camp Rucker is located up Rucker Canyon, about 20 or so miles south of Chiricahua National Monument, and 20 or so miles east of Elfrida, a small farming community. It was a supply camp located in proximity to Fort Bowie and was used in the indian wars as a supply point for the Army patrols. It's not really identified well by signs, but if you stay right at the junction with the road to the Rucker Campground, less than a half mile later, right near milepost 23, there's a small parking area with a walk-in gate through the fence. Just let yourself in and enjoy the history. 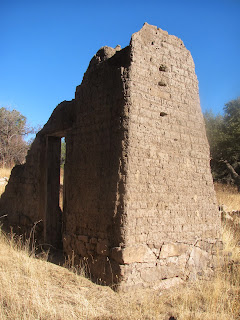 ​
I counted about 7 intact and well-standing structures, with a few ruins like this one which burned down back when the land was used as a cattle ranch after the Army abandoned it. 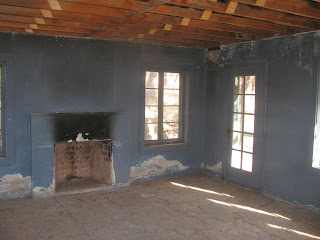 ​
There were also several of the buildings that you could go inside to explore. Most of them were relatively unscathed by low-life vandals. 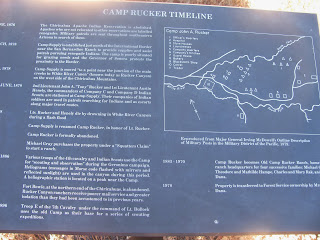 ​
Here's a map of one of the signs in the area. There are several signs among the buildings, but none really directing you from the road. As we walked the rock-lined paths, we also saw several pretty big piles of bear scat. It would have been fun to see a bear here, but it wasn't meant to be, 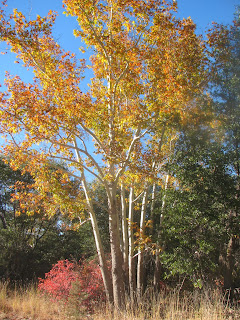 ​
The drive up Rucker Canyon is really pretty too. I do love the sycamores along the streams and canyons here!
www.simpleweekends.com