They knew I'd be hiking down from Peekaboo, and I didn't know any better.
I'll definitely be back, though!

Udink said:
It's definitely impassible to vehicles (the first few miles to Horse Canyon were okay, though beyond that the road was flooded), but hiking it is no big deal. I didn't speak to any rangers though, which is probably why it was easier going.
Click to expand...

The road is almost always flooded beyond Horse Canyon to Peekaboo, even when it’s open there’s a lot of driving through water.

Always a good idea to avoid the rangers as much as possible
Randy Langstraat | ADVENTR.co

Udink said:
It's definitely impassible to vehicles (the first few miles to Horse Canyon were okay, though beyond that the road was flooded), but hiking it is no big deal. I didn't speak to any rangers though, which is probably why it was easier going.
Click to expand...

Congratulations on your first Needles trip!

Last fall somebody got stuck out there, got a towing company in and somehow they managed to flip the car and do a lot of damage to the road.

@OwenM - what exactly is that super sized "bodybag" you use below and above your sleeping pad & bag, do you have a link?
And does the frost accumulate on the surface of that in the winter instead of on top of your sleeping bag?

That's a Katabatic Bristlecone bivy. I got it to keep condensation off the bag, and keep out windblown snow on those rare occasions that becomes an issue. Turns out I really like it for "cowboy camping", as it keeps me from getting off in the dirt. Doesn't need the groundsheet, but since I already have that along, it's kept the bivy clean the few times I've used it. Packs up so small that I keep it in a 1qt Ziploc freezer bag.

Katabatic Gear's Bristlecone Bivy keeps the weather and bugs out when you sleep under a tarp or in a floorless shelter. Order one today to match your sleeping quilt.

We spent the weekend exploring Trachyte Creek and lower Maidenwater. It was very windy for most of last night. 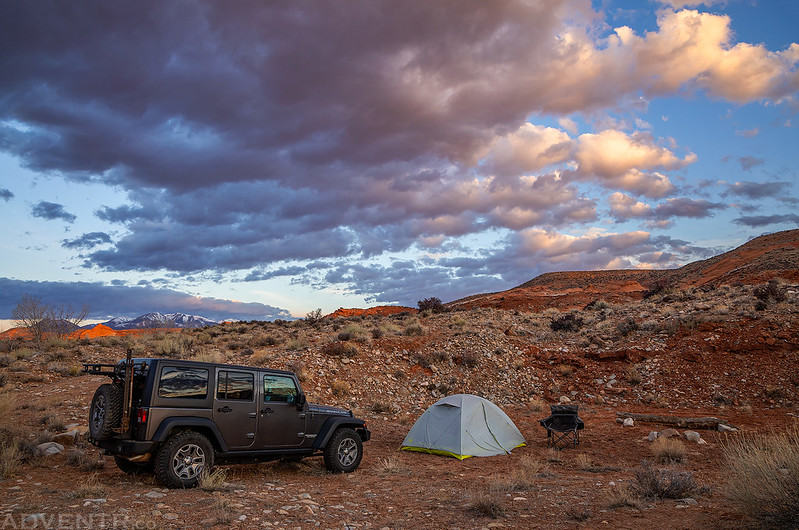 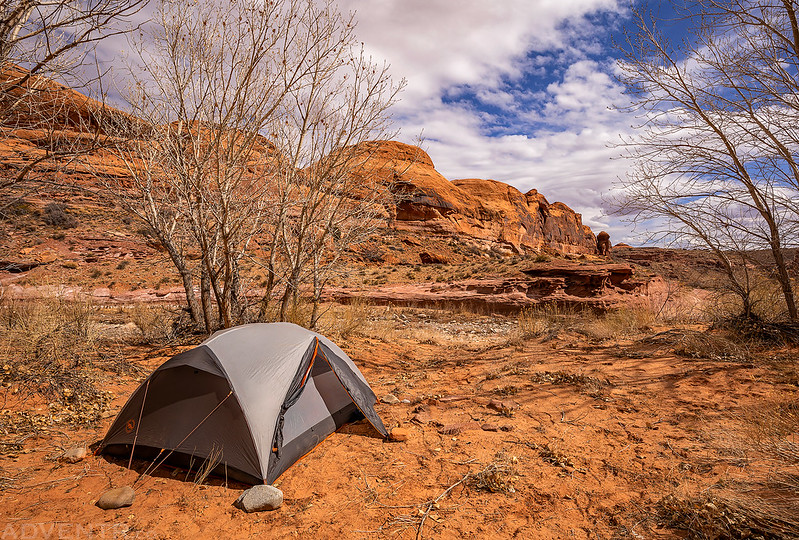 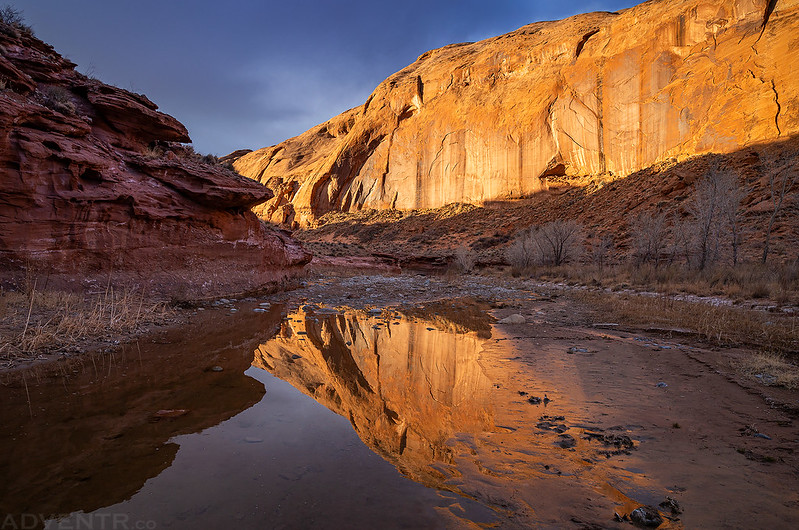 Titans said:
@OwenM -And does the frost accumulate on the surface of that in the winter instead of on top of your sleeping bag?
Click to expand...

Sorry, I missed that earlier. I've only used it a few times. "Usually"(based on those few times), even if the inside of my shelter is coated with ice, the bivy is dry.
So far, conditions have been far from ideal most of the times I've used my Solomid XL, and condensation has been an issue on several occasions.
The bivy has been a welcome addition.
Doesn't hurt that I happen to love bivies. I'd still be using an Integral Designs eVent Unishelter, except for the fact you can't sit up in it.
Another plus is that my water bottles don't freeze, even in the teens, if I put them inside the bivy, alongside the pad.

Spent a few nights in Canyonlands and it seems the world has gone crazy once I had cell signal again! 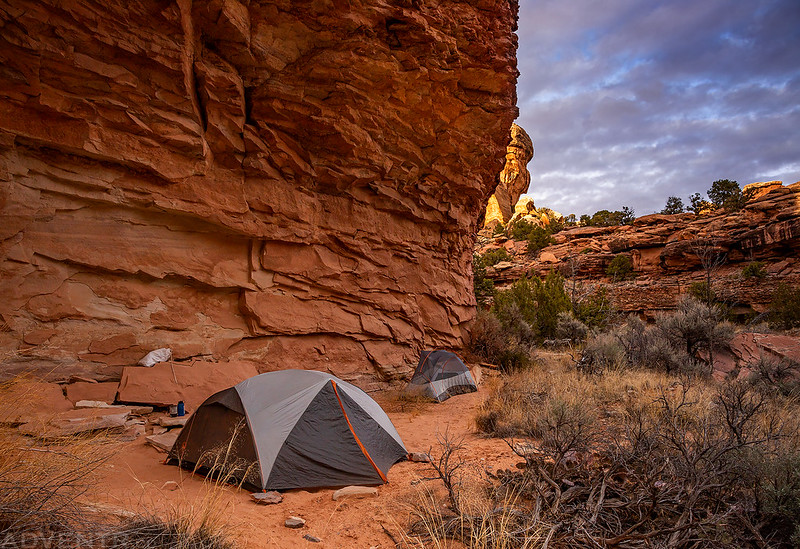 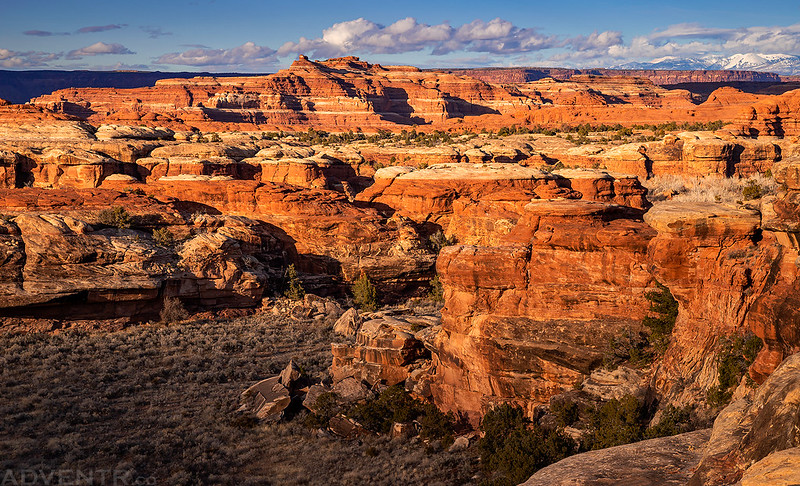 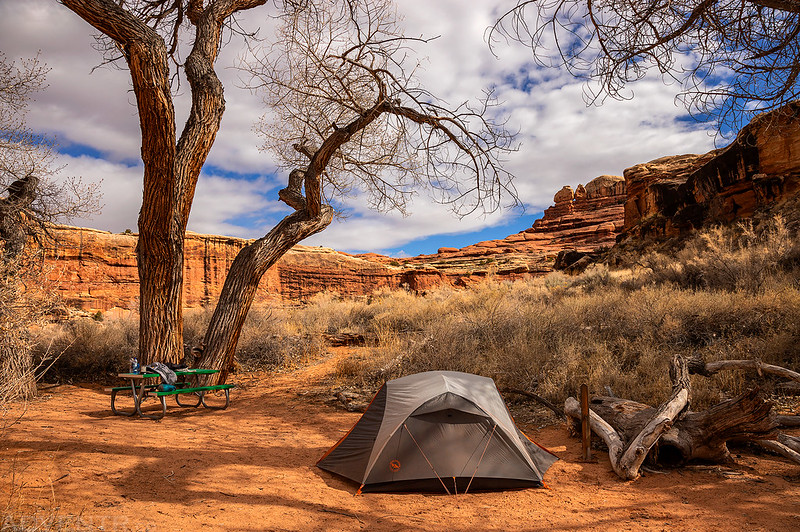 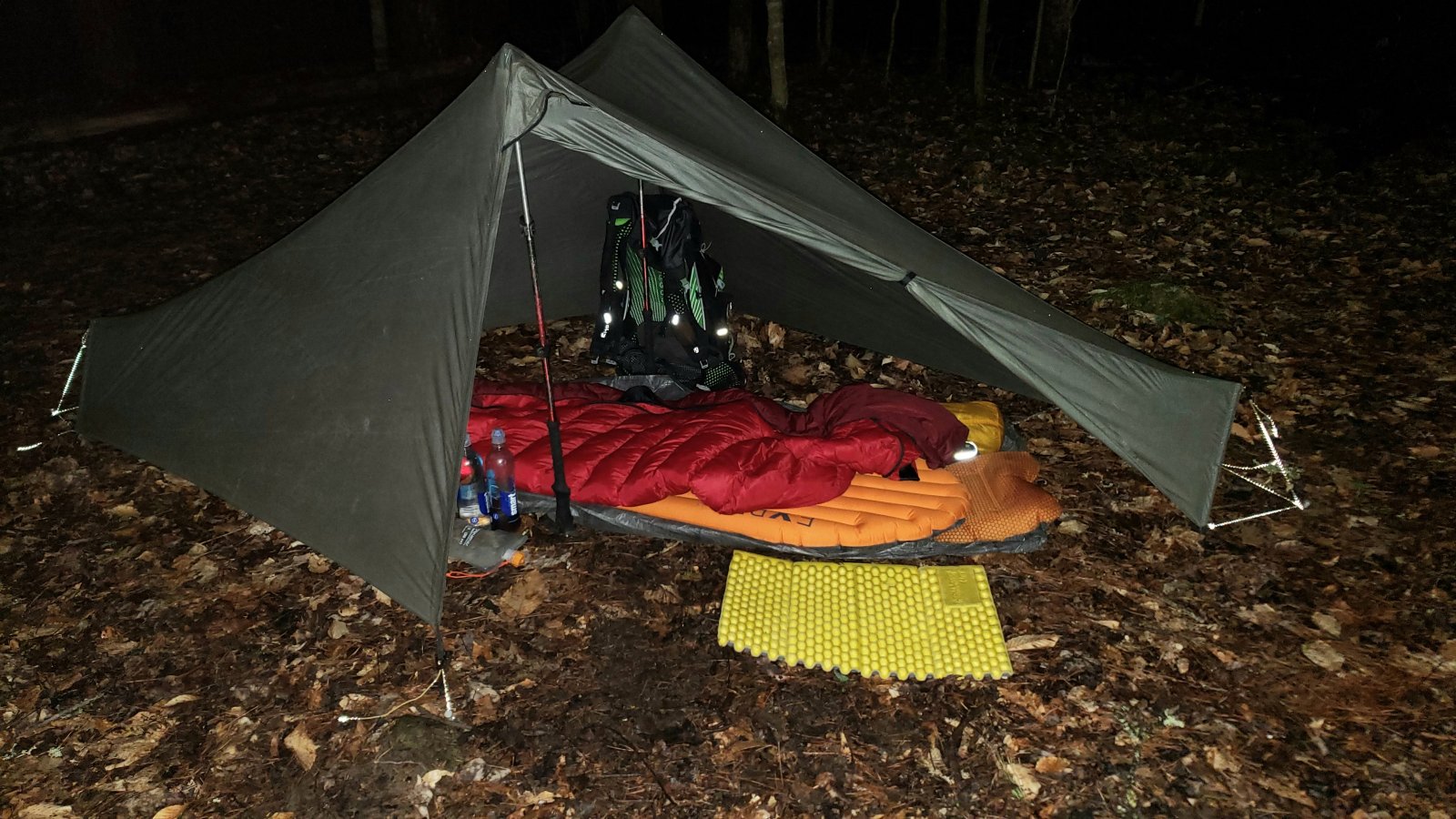 Great hike. Waterfalls flowing well, water in creeks where I've never seen it-everything goes underground via "sinks", so there are lots of creek beds that have flow only when the subterranean rivers are overwhelmed.
I've been debating a less warm quilt than my Katabatic Palisade, and the way my old 40F bag unbalances the overall color scheme of my gear may be prompt me to take action.
Don't wanna be clashing in the wilderness...

My camera's Wifi and my phone are arguing, so I can't get the pics tranferred over, but here are a couple GIFs from videos on my phone:

A friend and I camped in Grand Staircase-Escalante National Monument this weekend and did a long day-hike in the Gulch. We didn't see any other people while hiking, and only stopped once for fuel in Torrey with proper hand-sanitizing techniques. There were definitely more cows than people in the area! 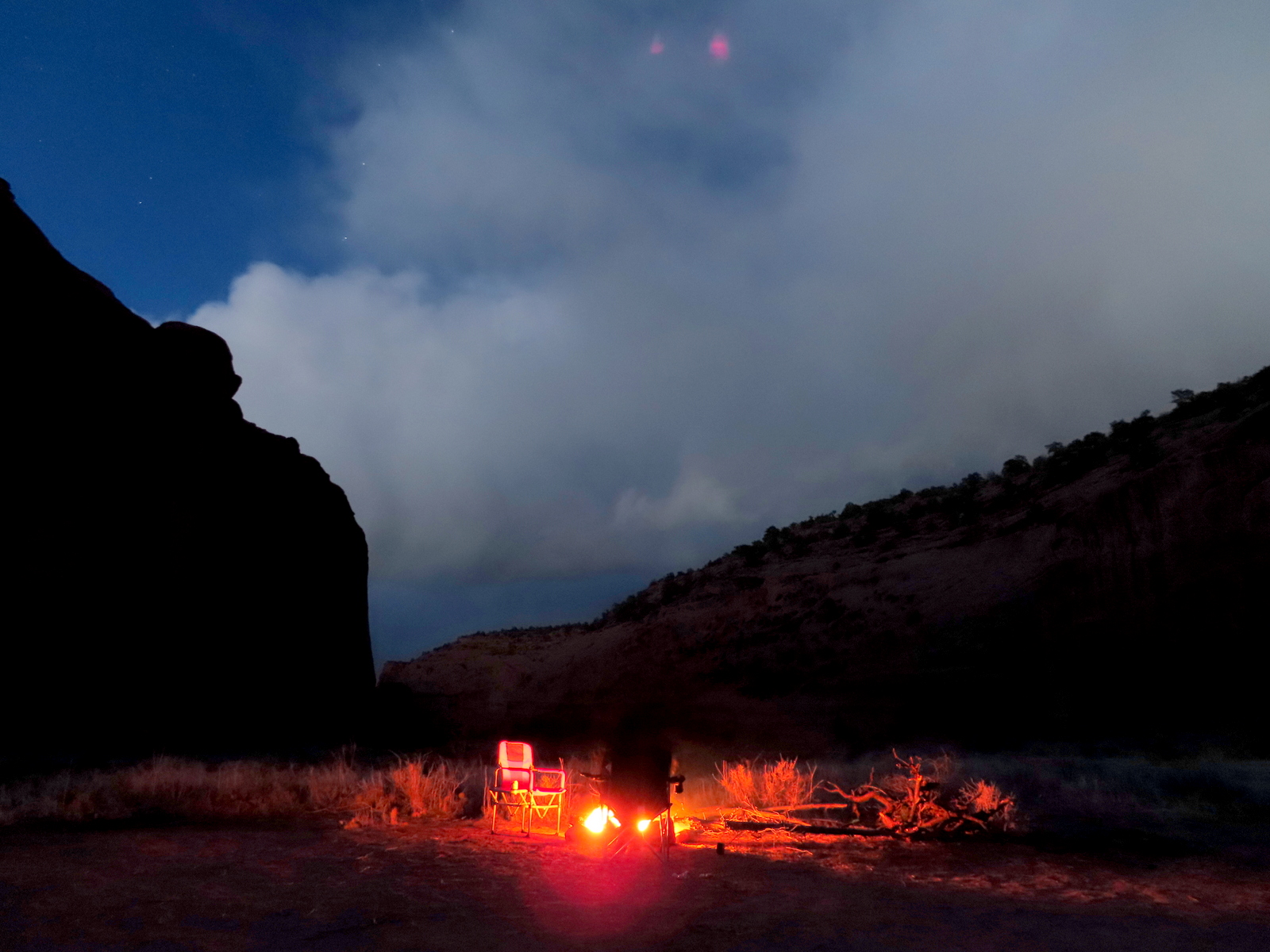 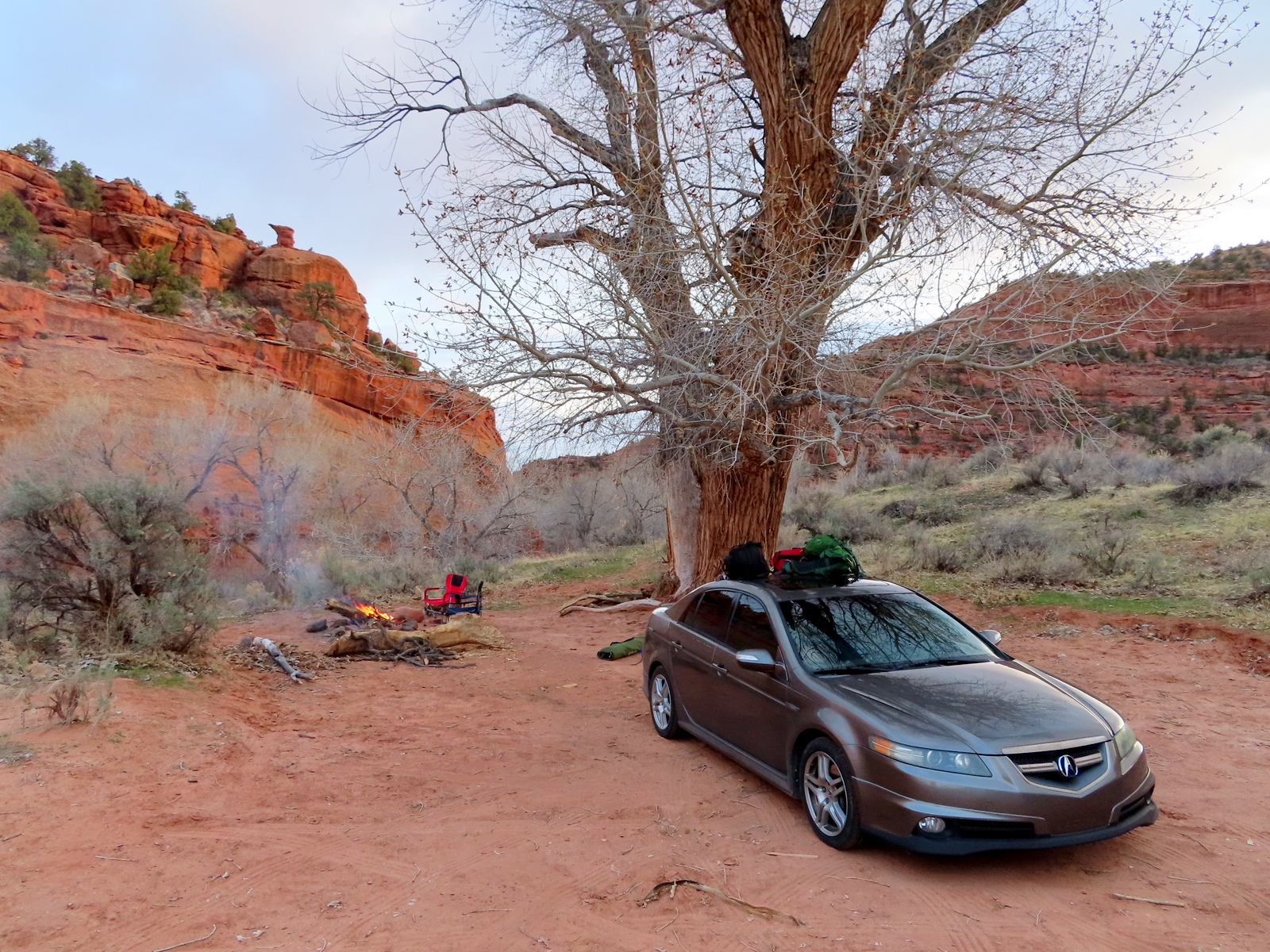 Was dayhiking at Savage Gulf in TN, but there's nowhere to camp around there.
DeSoto State Park in N. AL takes late arrivals, though, so I called ahead, then drove down, set up in the dark, and knocked out 12+ hours of sleep. 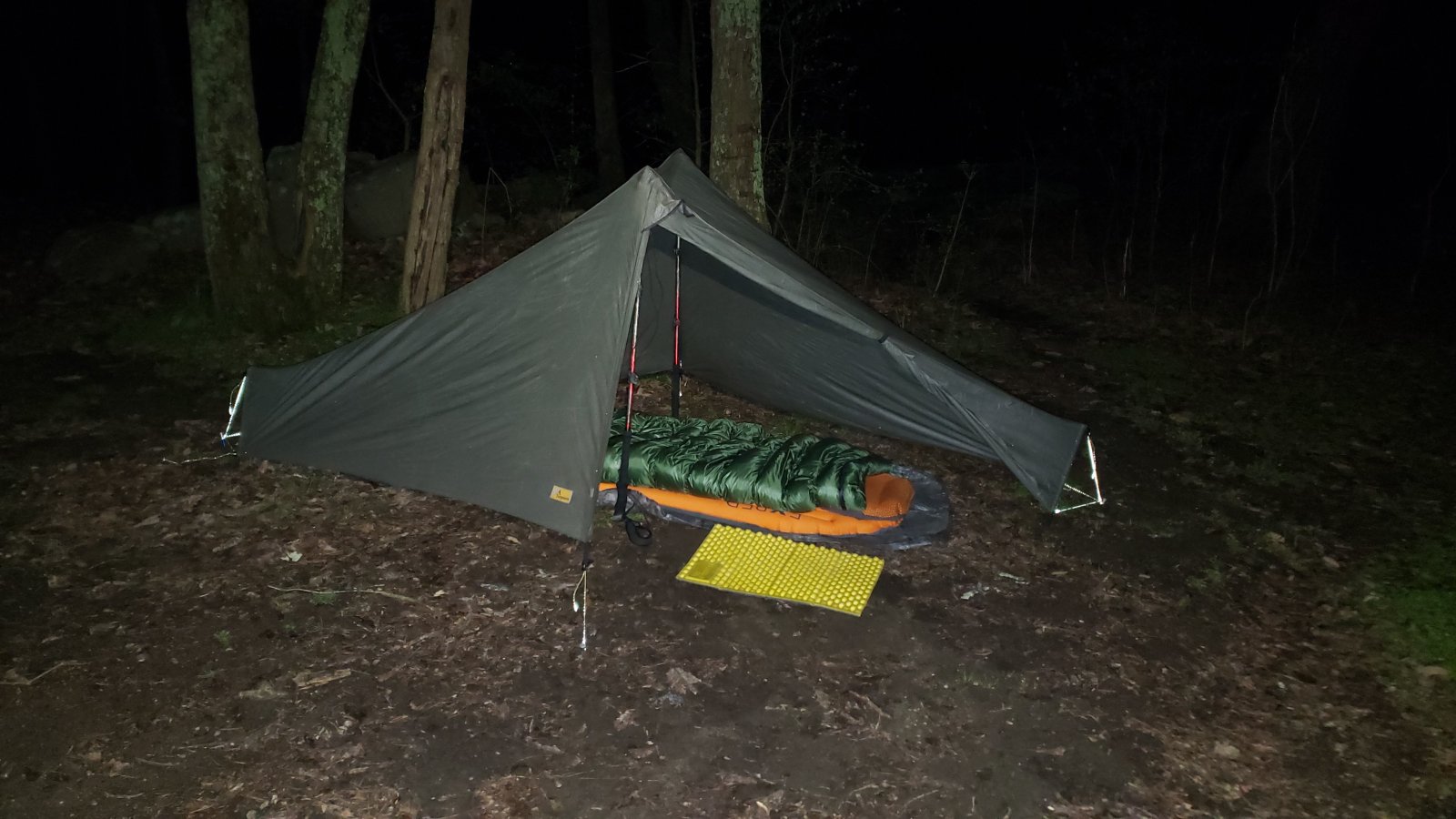 Aside from people being in some kind of cabin that they also rent out, I had their primitive campground to myself. There are also several small waterfalls that I was able to visit this morning, in spite of my back being very unhappy today.
Late breakfast at Lost Falls: 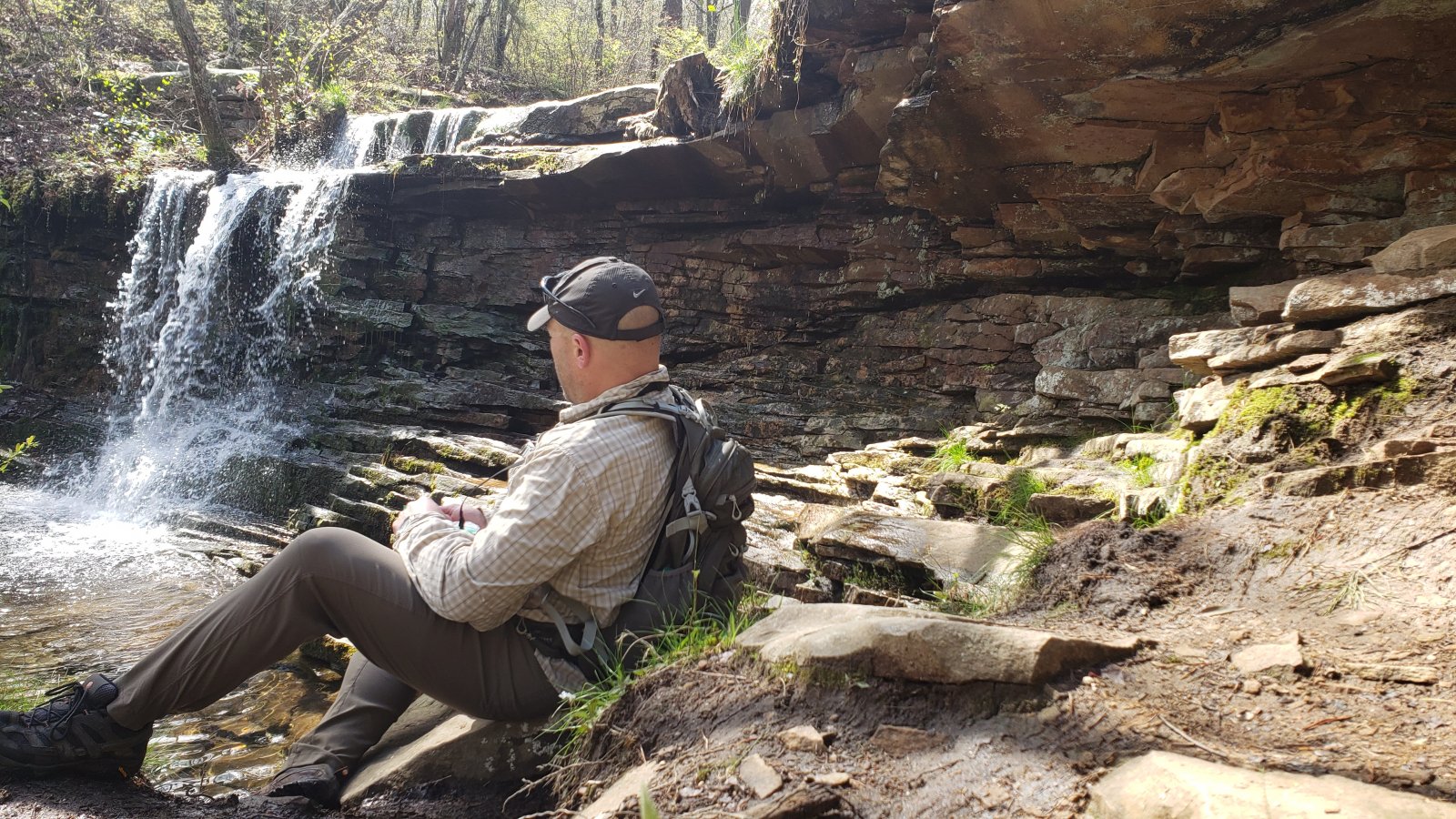 One of my stops yesterday was the short Greeter Loop at Savage Gulf, which I always turn into a much longer off-trail adventure, rather than staying on the trails.
The highlight is Lower Greeter Falls,

...but my personal favorite is Lower Boardtree Falls, which is off-trail, and down in a gorge that I love to play around in.

Rain certainly makes social distancing easy. I was the only person on the Savage Day Loop.
The only other time I've had Savage Falls to myself was during a polar vortex that brought subzero temps. 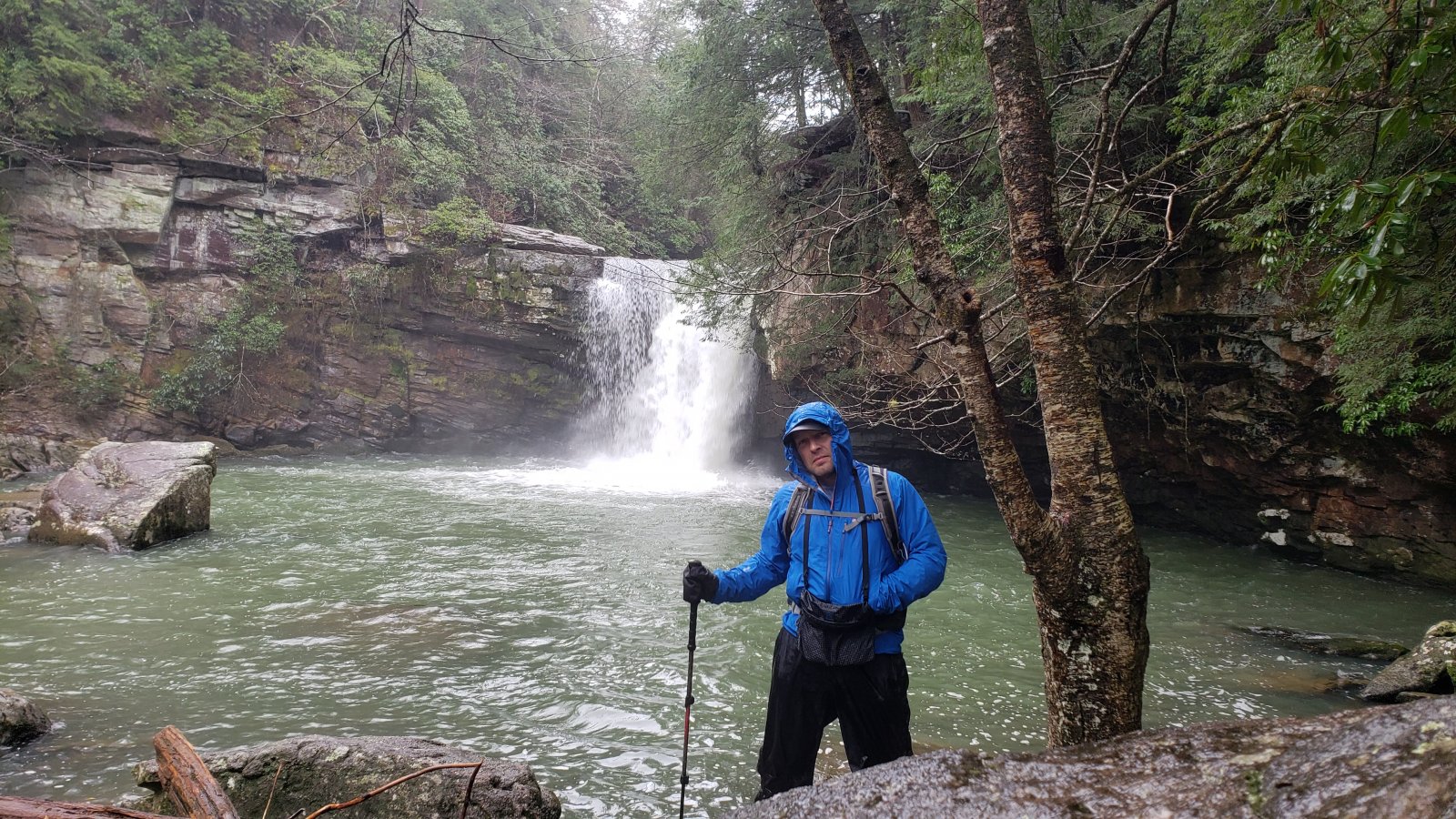 Last edited: Wednesday at 1:22 PM
You must log in or register to reply here.