Last weekend my wife and I did an overnight trip to the saddle of Tiffany Mountain, the highest point of the Tiffany Range in Okanogan National Forest. It seems to be the highest elevation peak with the least amount of snow at the moment (8200+ft) probably due to it being so far east within the cascade range and separated from the taller peaks by a sea of old burned forests. Our original plan was to camp on Rock Mountain (1.5 miles further past Tiffany) as IMO it would have the best view of the range but that plan didn't quite execute correctly as there was a lot more snow than calculated. We had to abandon the trail as we were sinking 3ft into snow, in favor of an off-trail snow-less route through blow down on the opposite ridge. We covered much more ground and made our ascent to the summit. From there the snow was too deep and terrain was too steep to continue to Rock Mountain. That was okay, we were in a really scenic spot and that's where camp would be. We saw no one all trip, including along the FS roads. 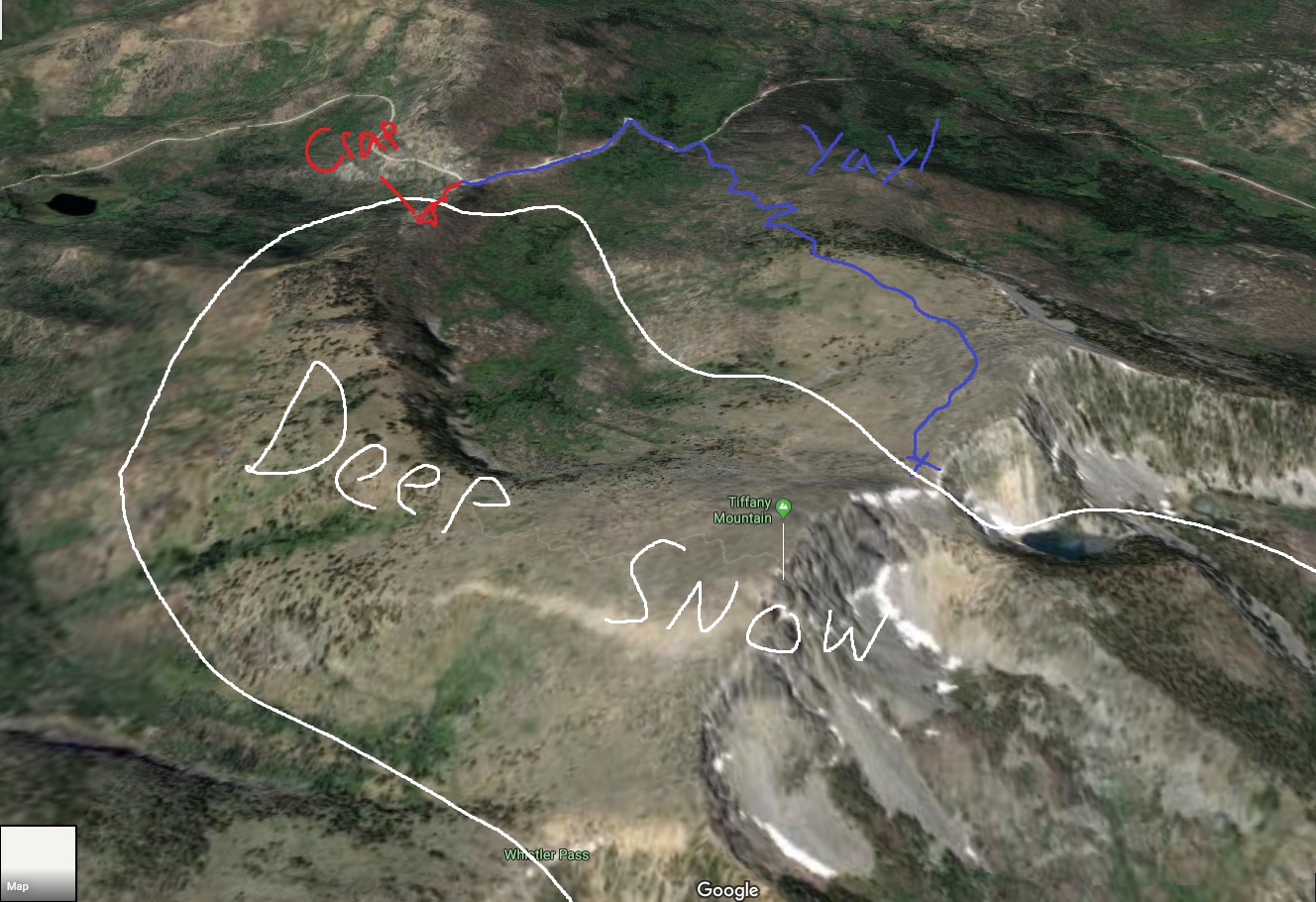 The snow wasn't too deep toward the top of Tiffany but I got lazy with drawing the line. The section that drops down to the lake probably had 10 feet of snow still and was STEEP. 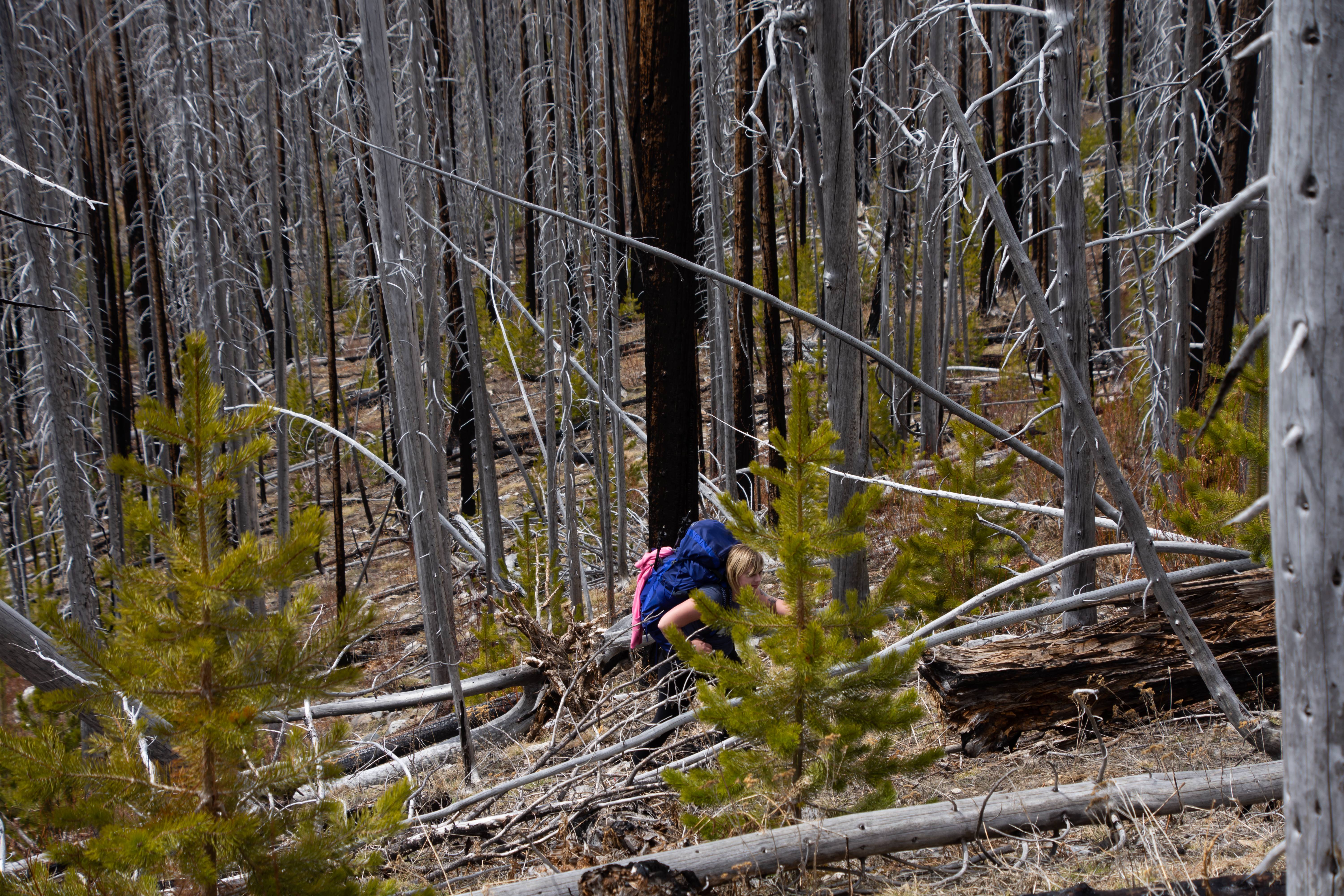 My wife and I work our way up the blow down. The forecast said the high would be 50* and low 40ish*. T'was very wrong. The high ended up being 72* and the low was 20* not including wind chill after 11pm. 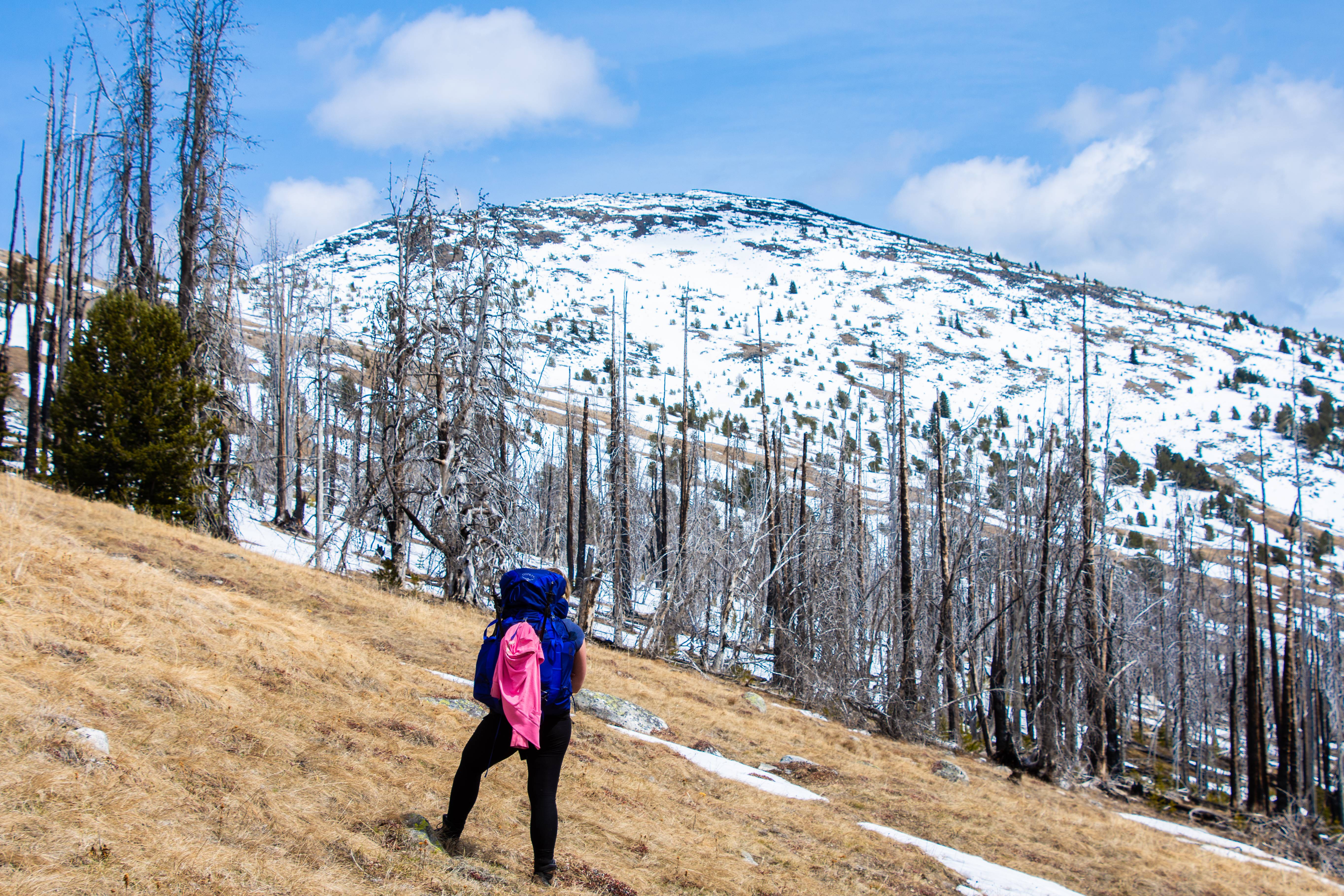 Out of the trees! Tiffany gets closer. 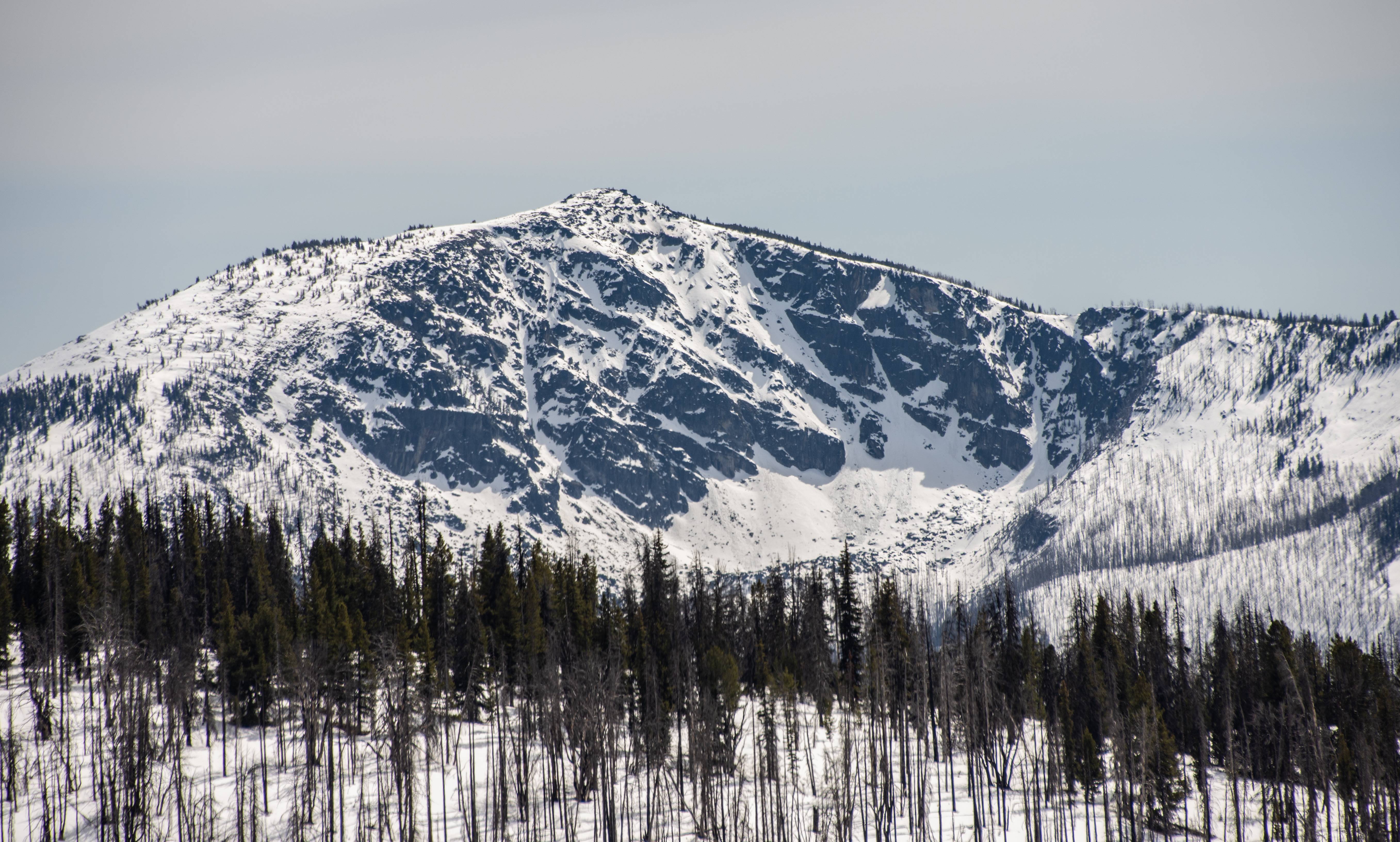 Our camp would be in the V area center photo between the two humps. 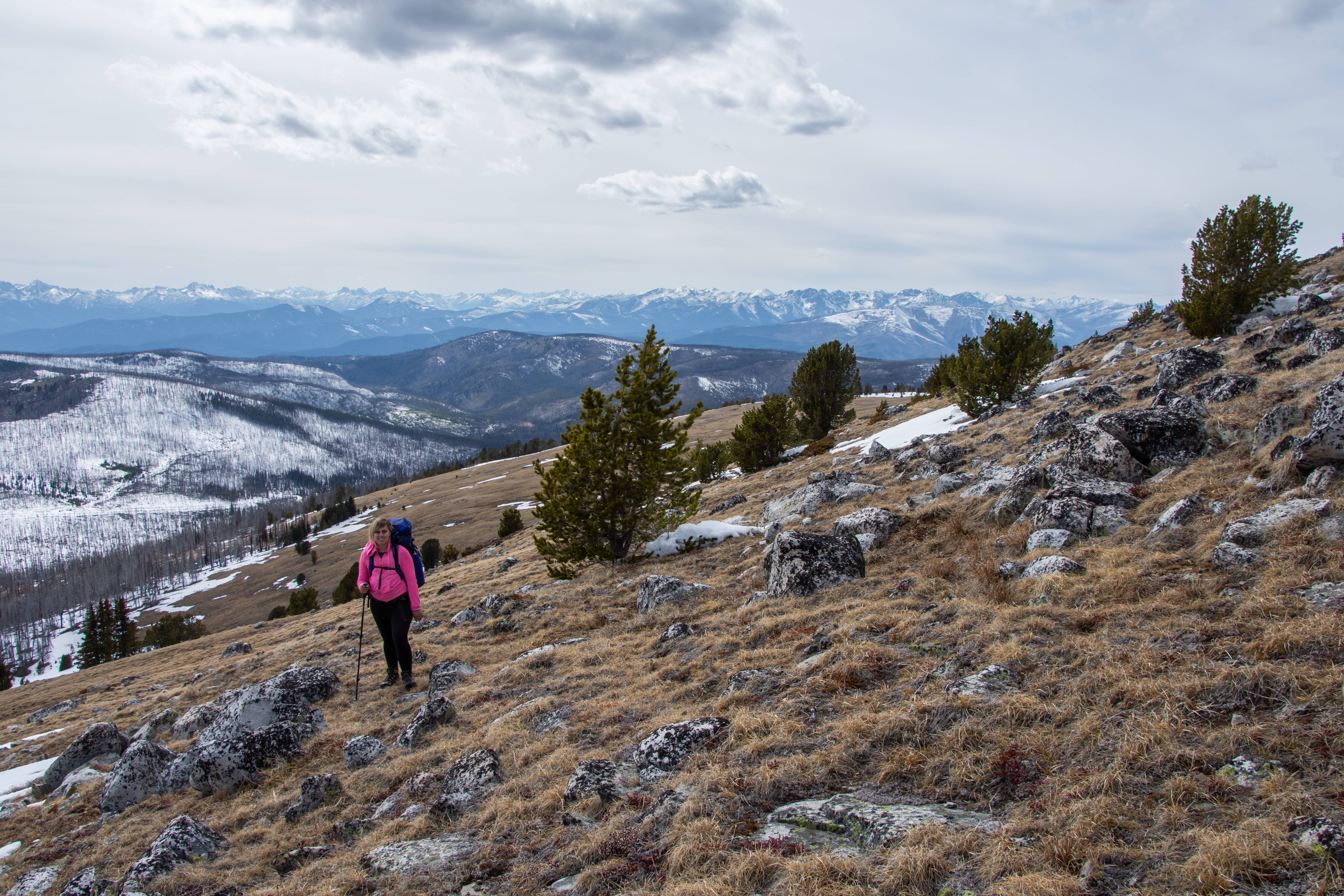 Lacey brought the trekkin pole out to aid in crossing steeper snow sections. From afar the snow didn't look that bad. However once close, we saw it was piled on boulder fields and was kinda slick and steepISH. 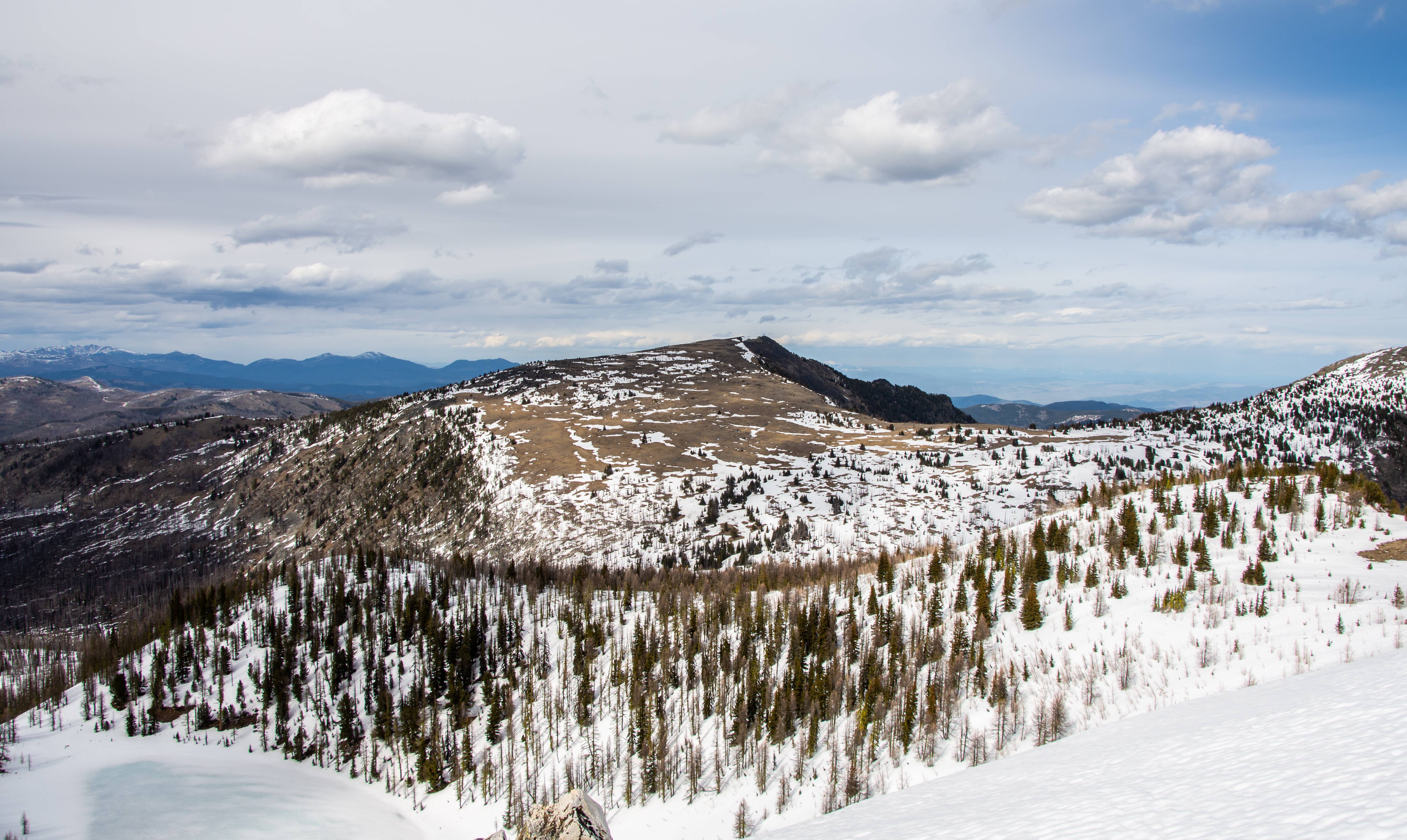 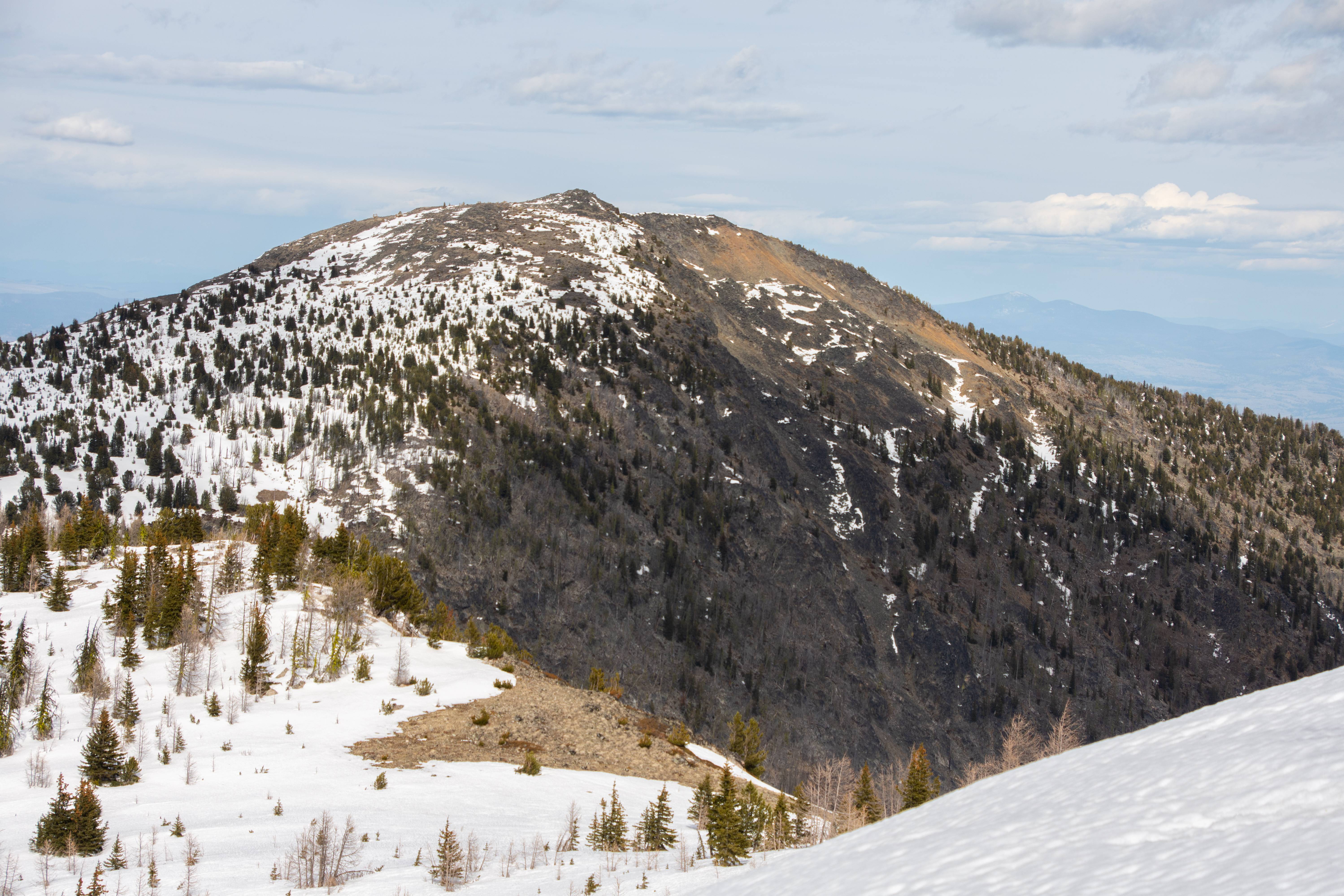 Looking toward the Pasayten. Peaks off to the centerish-right can be seen from our pasayten wilderness TR from last summer (https://backcountrypost.com/threads/armstrong-mountain-pasayten-wilderness-wa-7-29-7-30.7883/ ) 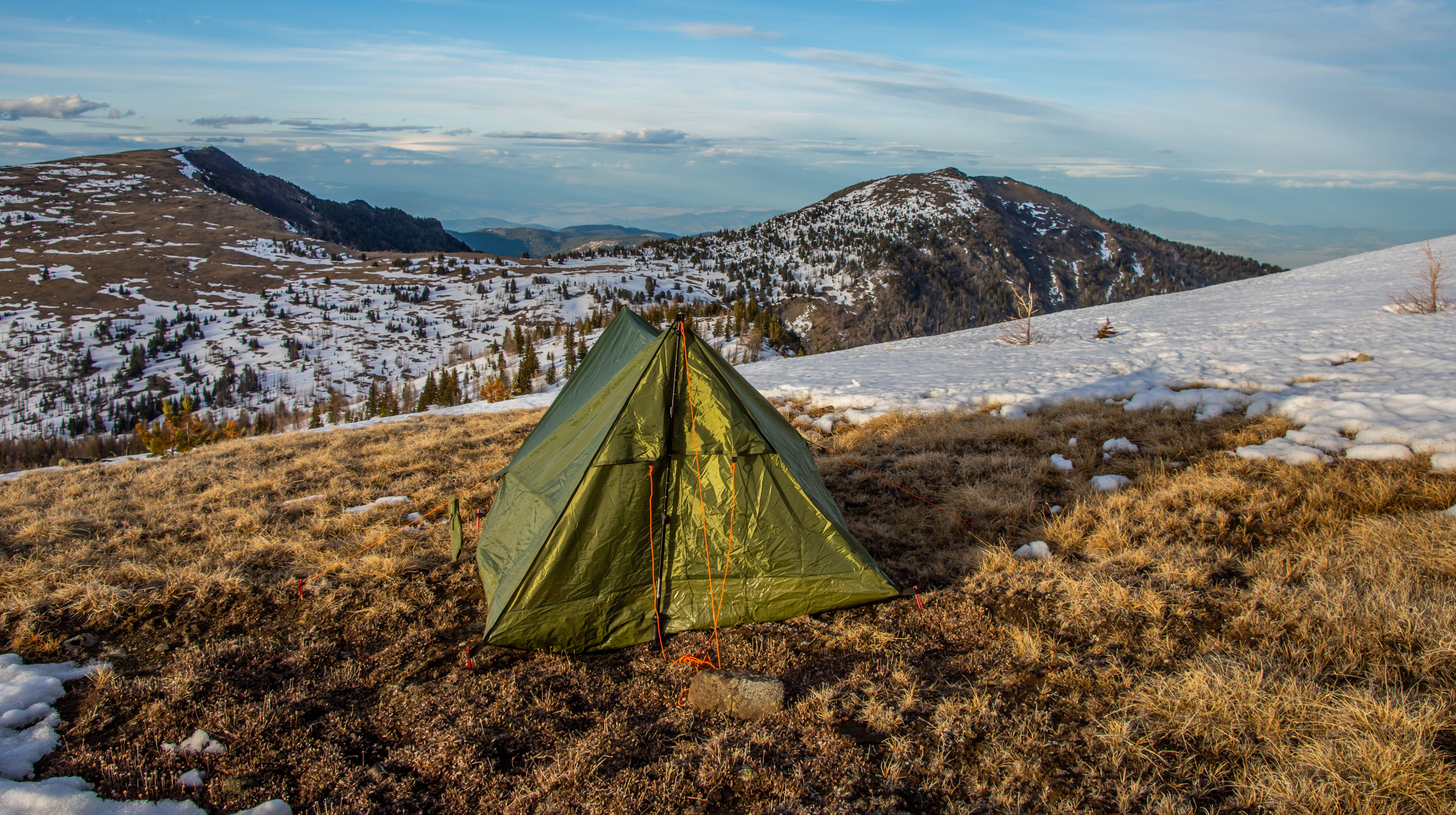 Trekkin pole tent set up on the only flat spot that wasn't swampy wet. The tent is from River Country, a washington company. It's review time. The tent can surprisingly handle extreme gusts as at midnight 40mph+ winds rolled in. It is super light compared to old reliable (the Eureka A frame). Not to mention it was only $50. Fabric seems solid. That's where the positives end. This is labeled a '3' season tent. It is more like a summer tent only. If you don't have the door open it will build an insane amount of condensation. Lots built up for us only to freeze on the fabric and when the wind blew hard it knocked all of the ice off onto our sleeping bags. It was literally snowing in our tent... It also NEEDS to be staked in/tied down GOOD so I can see it not making the cut on rockier terrain. But $50. You get what you pay for. Great warm night summer tent. That's it. 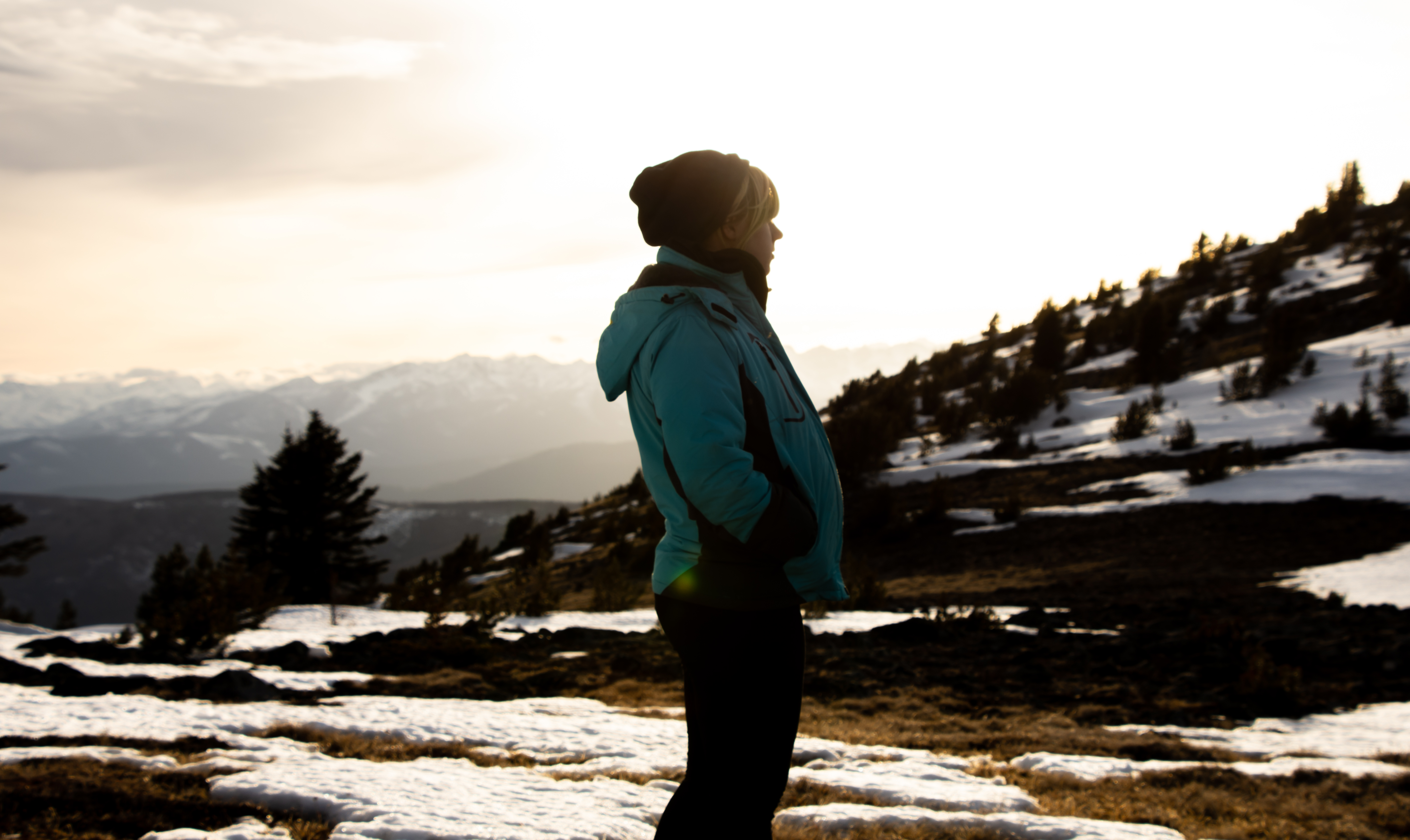 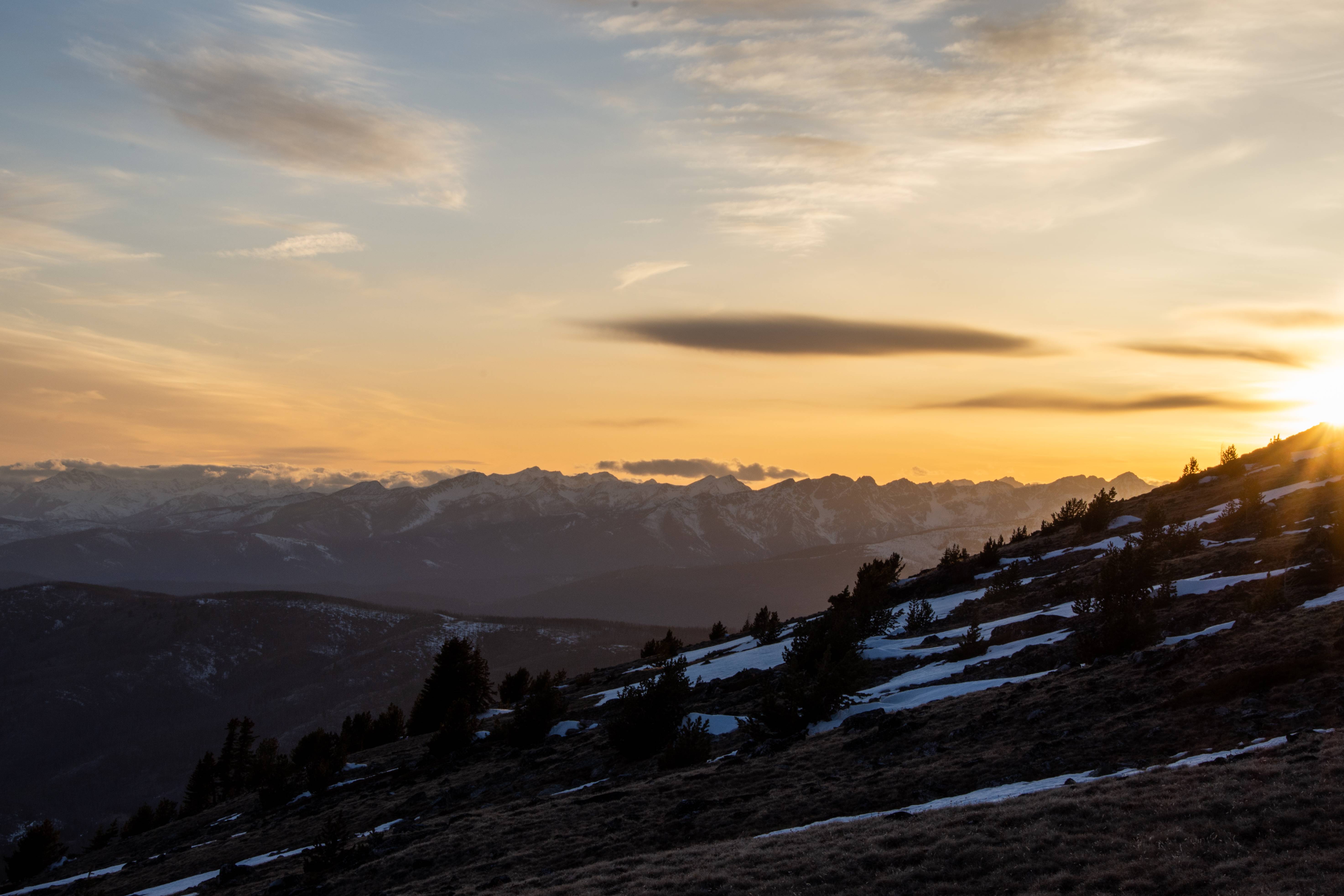 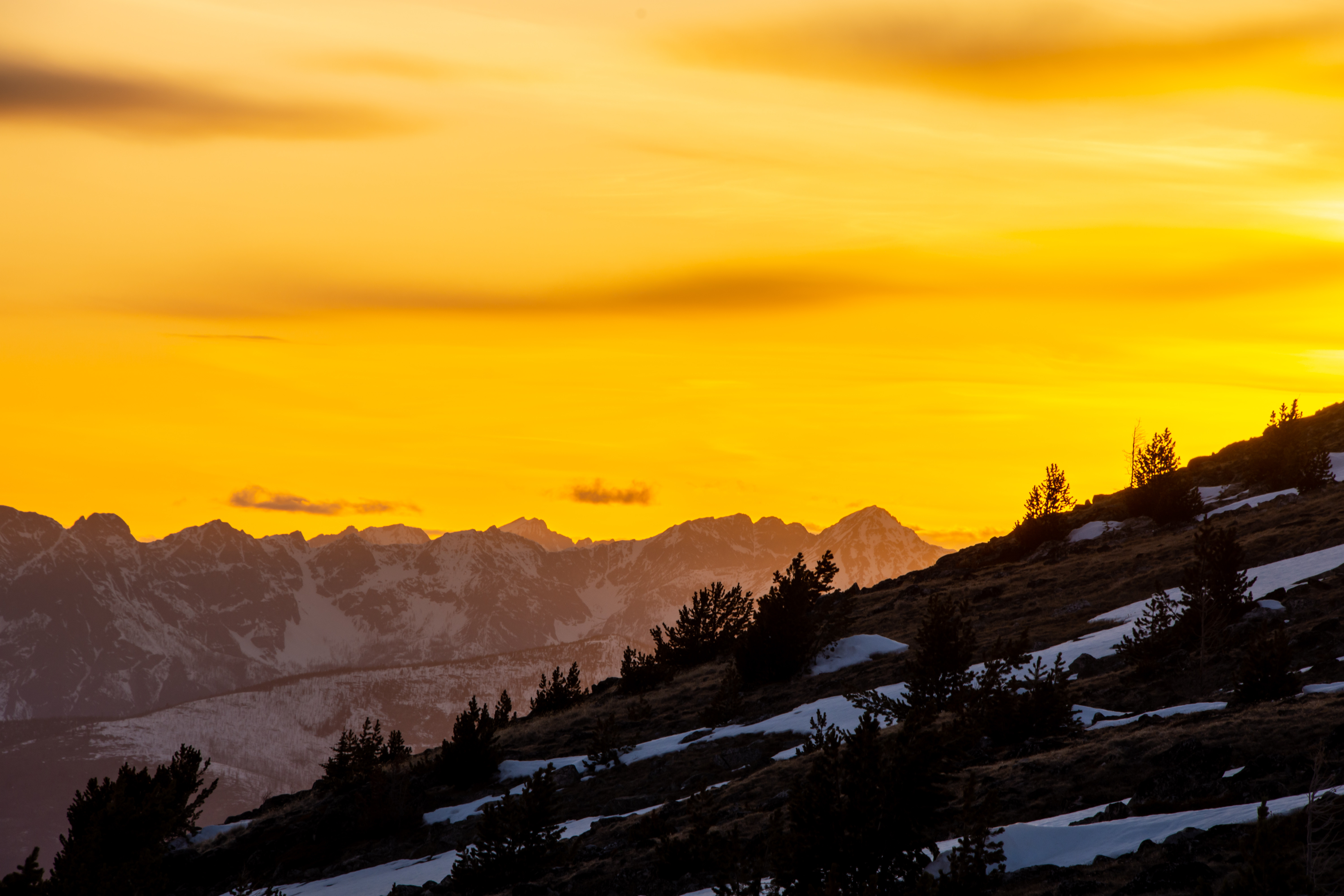 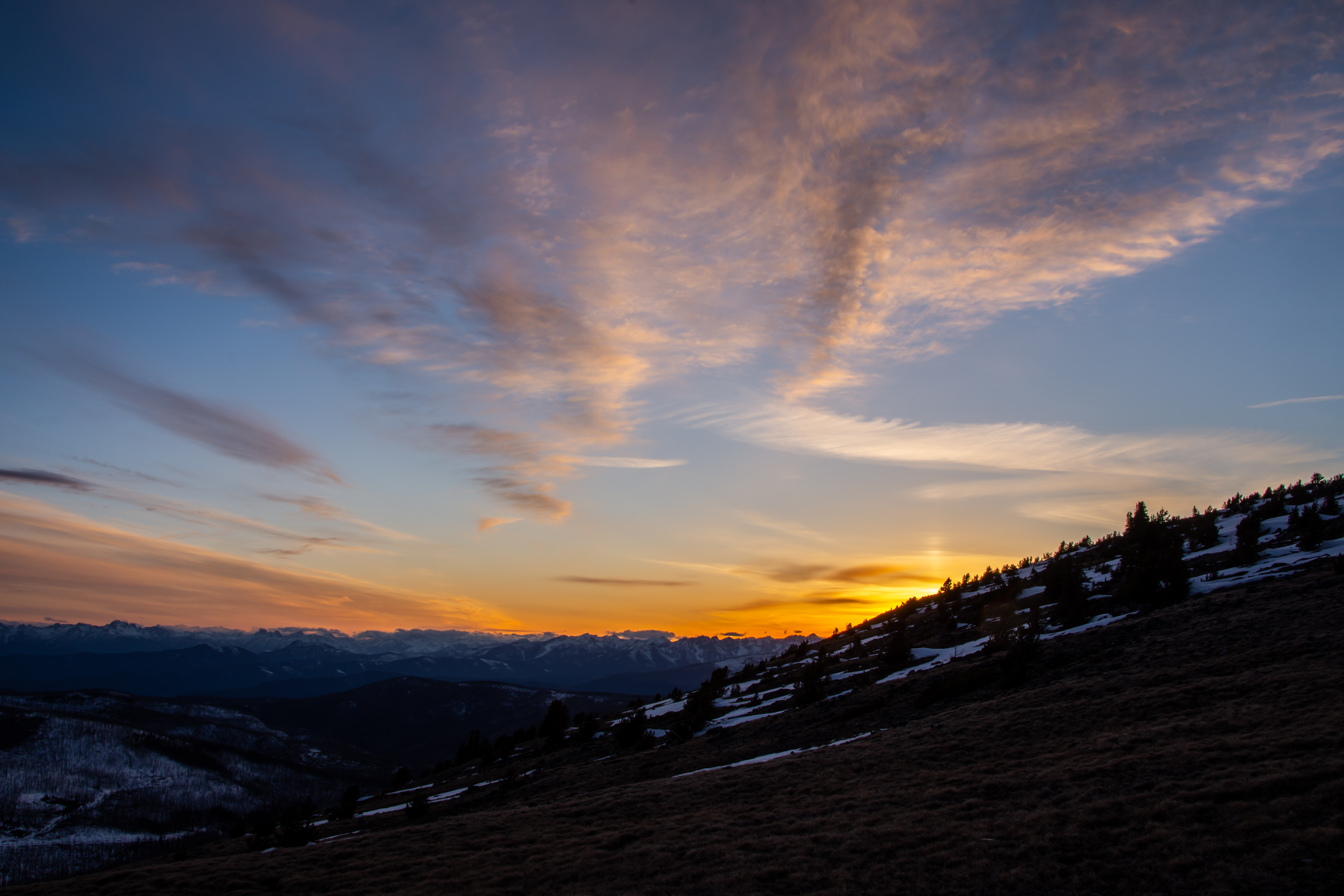 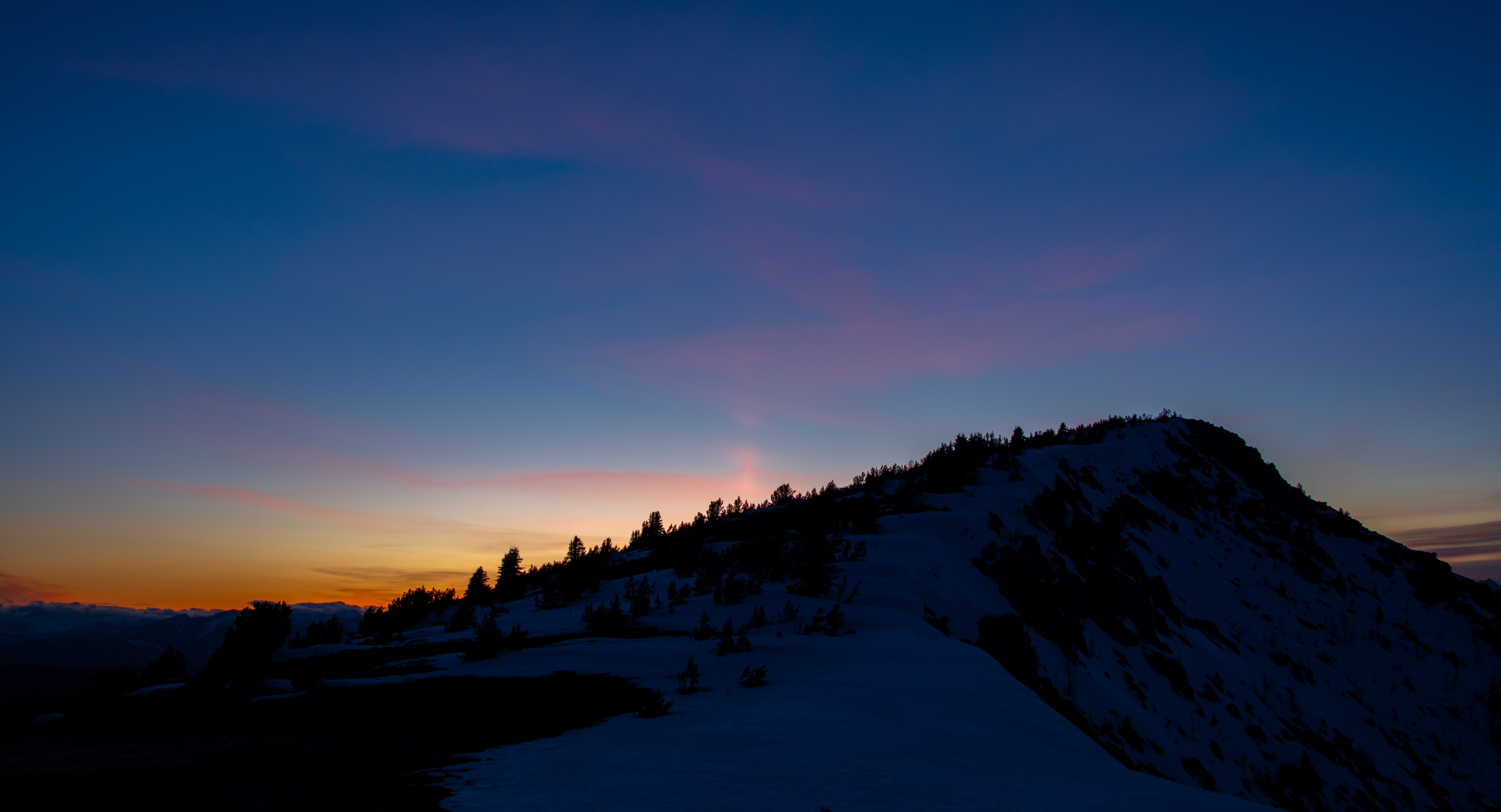 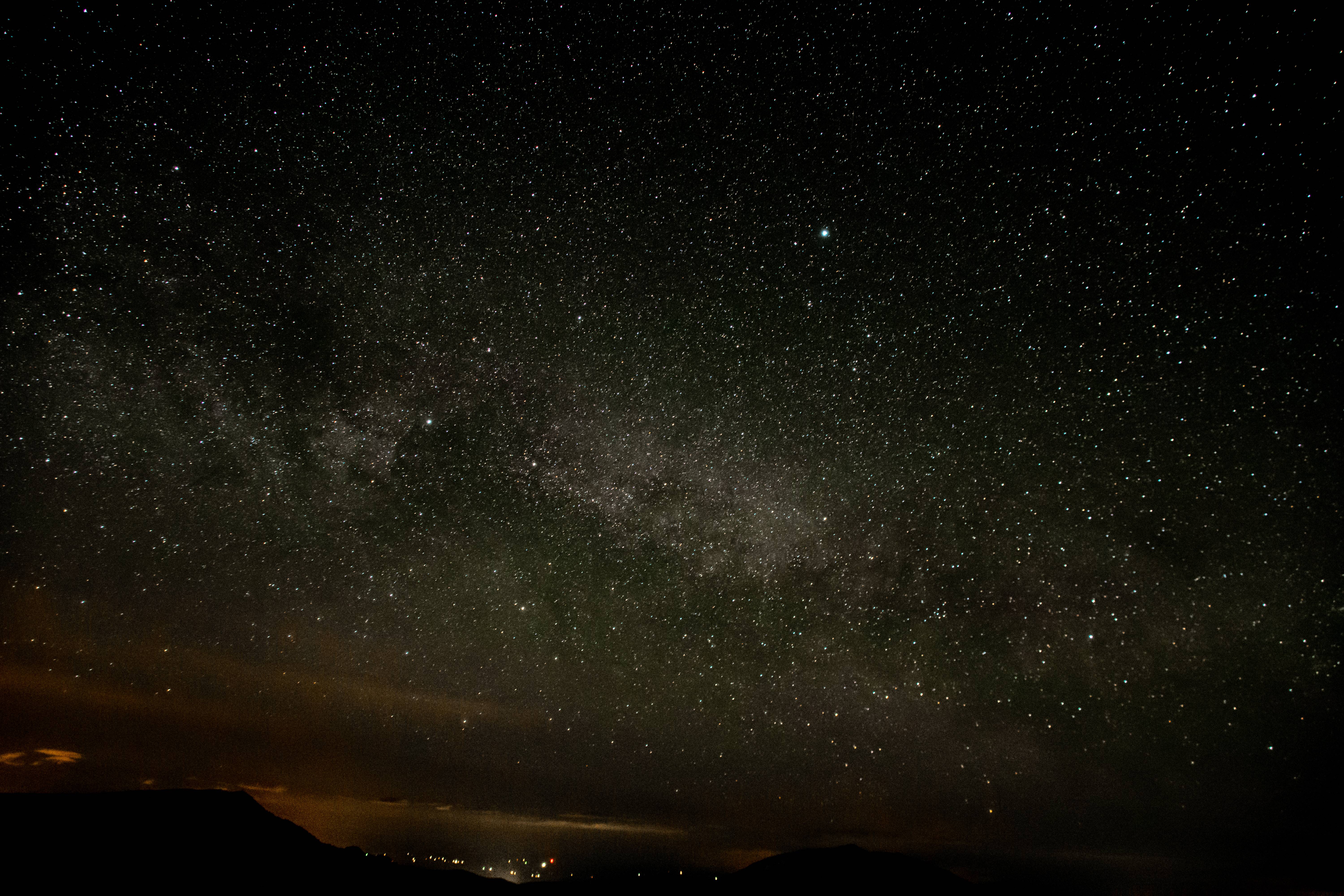 Milky way showing up above the town of Oroville in the lowlands. 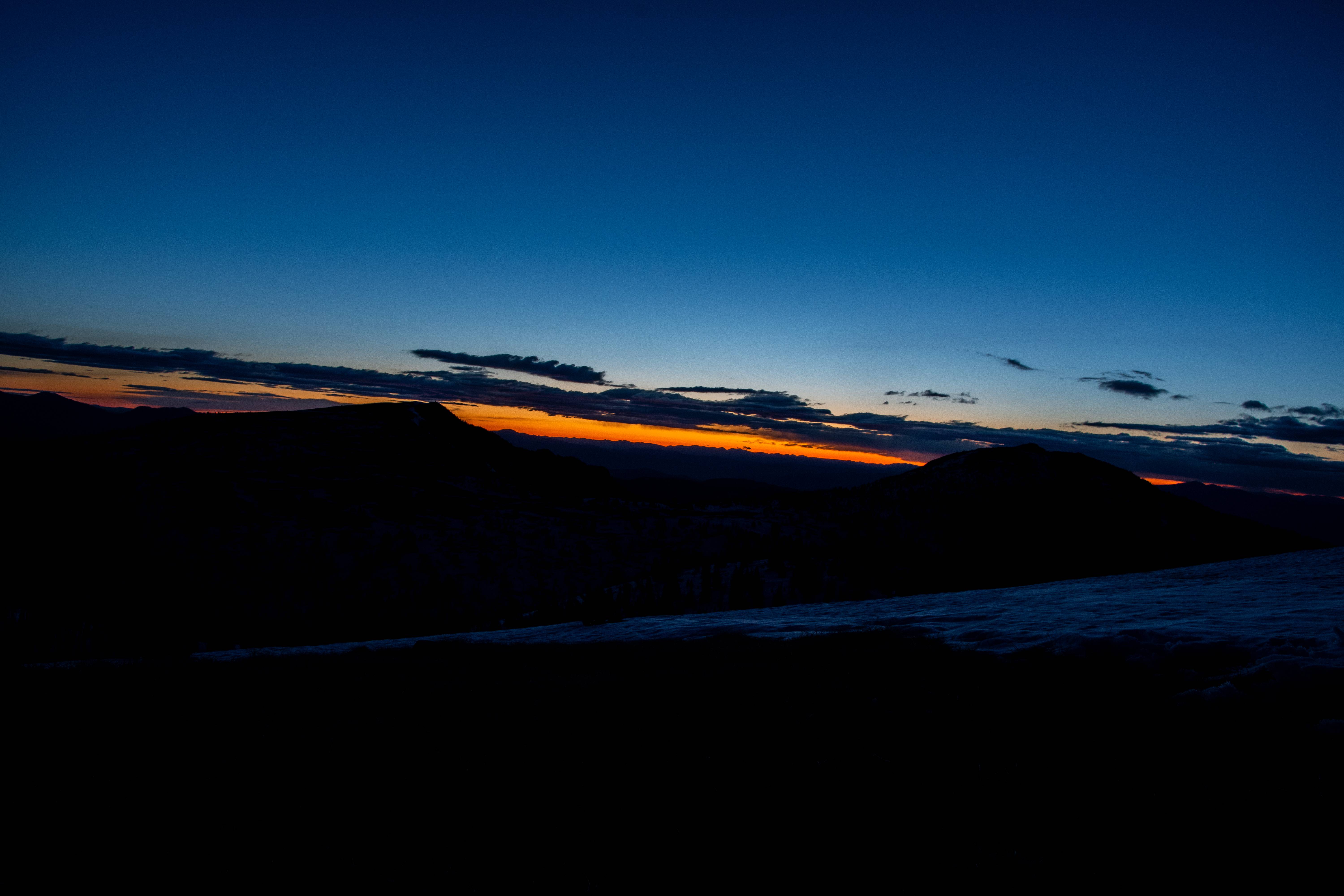 Good morning! Didn't need an alarm clock as the river country tent produced snow kept us up since 11pm. We wanted to summit Tiffany but it was cold as sin, windy and we were tired. We will summit Tiffany another time - hopefully when the wildflowers are in bloom at elevation. We back tracked down the mountain at 5am listening to the howls of the relentless Okanogan winds. 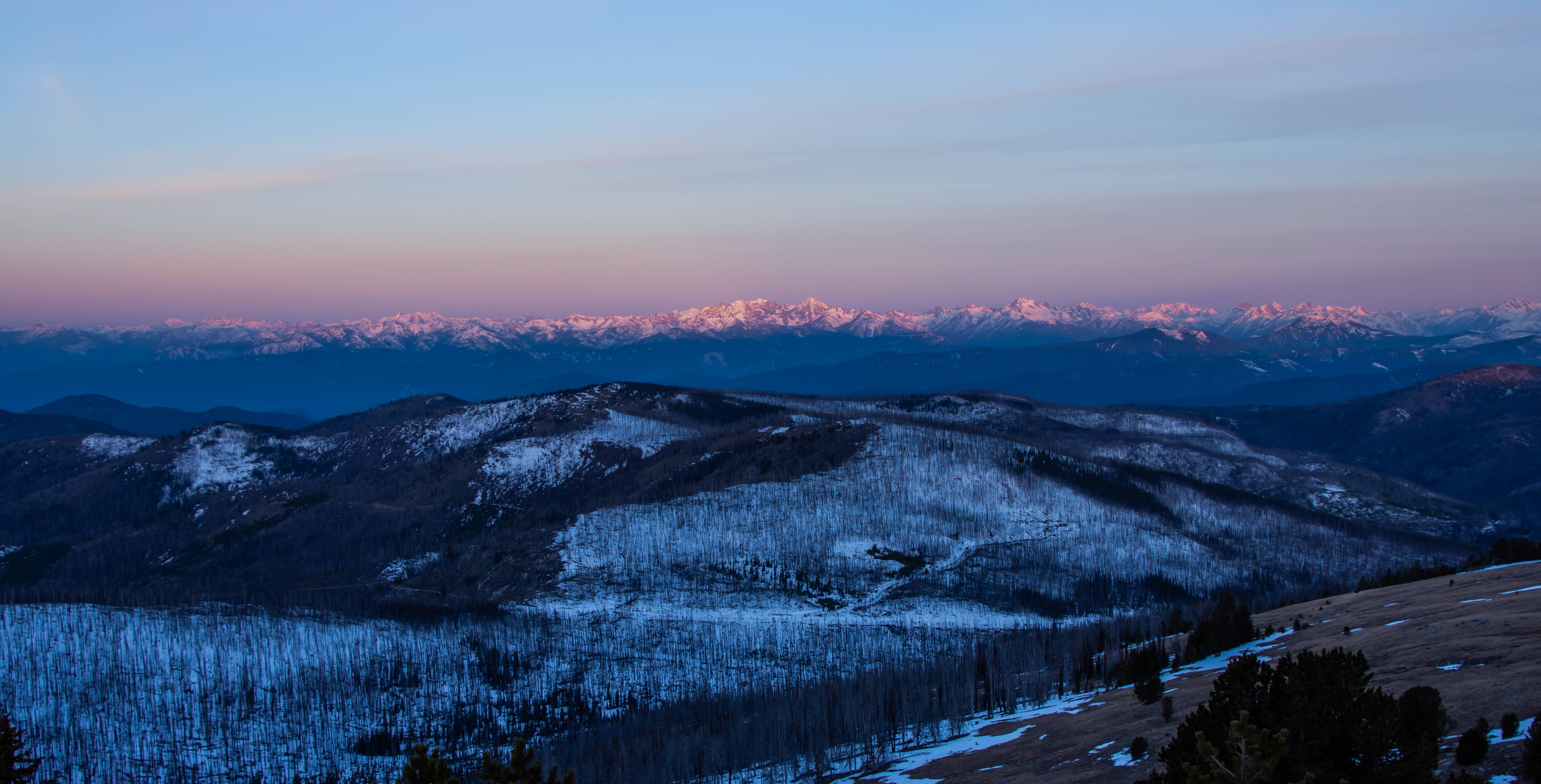 Sunrise wasn't as enjoyed as the sunset due to the wind and cold.

Loved the area I will absolutely return when it's warmer.
-----
My favorite part about mornings is greeting every spider that traveled across the trail that night, with my face.
Check out my Video Trip Reports and Timelapse videos!

I forgot to mention this is 4.5-5 miles from the area the biologist got tree'd by the loup loup wolf pack in july of 2018.
-----
My favorite part about mornings is greeting every spider that traveled across the trail that night, with my face.
Check out my Video Trip Reports and Timelapse videos!

Ouch... that must have been a very long night : 20F and "snowing inside your tent"! Are you going to invest in a new tent now @NorthwestWanderer ? .
Beautiful sunset and the Milky Way photo is amazing- thanks for sharing. Interesting story about the biologist being tree'd up:
http://www.spokesman.com/stories/2018/jul/13/helicopter-rescues-biologist-treed-by-wolves-in-ok/

Great looking trip. I need to be like you guys and get out far more often!
You must log in or register to reply here.
Similar threads