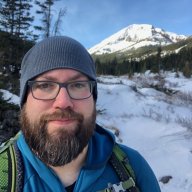 Nicely done. So what is your general take on GBNP? Aside from the caves, photos/videos I've seen make it seem not that extraordinary. Don't get me wrong, it looks nice, but not compared to the standard in my mind of a National Park. Maybe more like a Wilderness Area. But of course, I've never actually been there. Thoughts? How does it stack up?
\
Follow me on IG: canyon_country_groovers
/

Nick said:
Nicely done. So what is your general take on GBNP? Aside from the caves, photos/videos I've seen make it seem not that extraordinary. Don't get me wrong, it looks nice, but not compared to the standard in my mind of a National Park. Maybe more like a Wilderness Area. But of course, I've never actually been there. Thoughts? How does it stack up?
Click to expand...

I've not done any serious backpacking there, just day hiking, but it struck me as quite a nice park. It maybe doesn't have the "wow" factor of the other nearby signature parks, but it's cool, peaceful and quiet - it's one of the least visited units in the NPS system. The night skies are awesome too. Probably not worth making a special trip all the way out there but it's nice to check out if you're passing.

Nick said:
So what is your general take on GBNP? Aside from the caves, photos/videos I've seen make it seem not that extraordinary. Don't get me wrong, it looks nice, but not compared to the standard in my mind of a National Park. Maybe more like a Wilderness Area. But of course, I've never actually been there. Thoughts? How does it stack up?
Click to expand...

I think you're right in a sense. To me, the crowds of a NP usually take away from the extraordinary vistas, so this was really nice for me. On our hike we didn't see another soul there (though we did see others' tents) so in that aspect, it's not like a NP. Plus there's no entry fee, and camping is super cheap ($6 in certain areas). In order to really enjoy the park you have to backpack deep in there. They don't have bears which is interesting. It's less than 2 hours from Delta, which is nice. But there's no famous peaks or vistas that blow your mind like yosemite. it's not as breathtaking as yosemite or zion or the grand canyon. I'd put it more on par with Capitol Reef in terms of congestion, low-key feeling, and remoteness.

It's pretty much what I wish all national parks were like. I love the amazing vistas in Yosemite and Zion and other big NP, but the crowds really take away from the experience in my opinion. Think of GBNP as a mini uintas that you can visit in June without having to wait for snow to melt. If GBNP were as crowded as the big parks, I wouldn't want to go there.

All that being said, I will definitely visit again multiple times. I really like the solitude you find there, and it's really pretty, just not world class breathtaking. It's like a non-crowded Uintas.
Last edited: Oct 1, 2014

We didn't bring a thermometer, but it was very pleasant. We went the first week of June, and I'd guess around 45* at night and 85* in the day. It was t-shirt weather.

There's a more spectacular, higher loop hike there that we'd like to do next year.

I hiked the bristle-cone loop while there, and I'd say that hike alone is worth going. Spectacular old (4-6,000 years old) trees.

I understand that most of the "goods" are kind of hidden, and I've heard from numerous people that the roads are notorious for ruining tires.

I'd really love to visit Lexington Arch. It looks like such a cool, unique arch. According to the NPS website, that trail is closed currently.

Wheeler Peak looks nice, and it seems there are a few lakes. I was hoping to make it out there this fall. It's only a 3 1/2 hour drive from my house, so it seems worth checking out.

I definitely will go back to Great Basin NP. We just scratched the surface. I have still a few great high elevation hikes on my bucket list in the park.
And Wheeler Peak is still waiting for me...
http://yvonnebaurphoto.smugmug.com/

Very nice video. Looks like you had a great trip. I personally thought the park was beautiful. To me, it's not about any park being better, but about how every park is different. Hiking doesn't always have to be about epic peaks and conquests.. it can rightfully be just about spending some peaceful time away connecting with nature. Looks like you did just that. 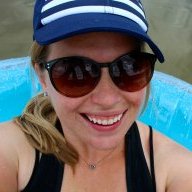 Yup, I agree that GBNP isn't quite as stop-you-in-your-tracks gorgeous as many National Parks. But man it made up for it with solitude! You definitely have to get out and hike to see the best stuff, but you don't necessarily have to backpack. I pieced together a 6ish-mile loop with bits of Alpine Lakes Loop, Bristlecone Pine Trail, and Glacier Trail. For me, the best part was the Bristlecone Pine Trail. There's nothing like hiking among 5,000 year old Bristlecones to make you feel insignificant in the best possible way.

Also, can I get a HOLLA for all the weird folk art on the side Hwy 488? Nuts.

“Because in the end, you won’t remember the time you spent working in the office or mowing your lawn. Climb that goddamn mountain.” -- Jack Kerouac
You must log in or register to reply here.
Similar threads