My internal alarm was still on east coast time so I was out the door by 7:00 a.m. I made my way to the upper east canyon once again and was the second car in the small parking lot as you exit the east end of the tunnel. I quickly made my way into Gifford canyon. There was more water in this canyon so I chose my path carefully looking to avoid any “quicksand” I made my way past the first dryfall and into the upper part of the canyon. Nearing the canyon's obvious end, I made a right turn and headed up the steep wash. 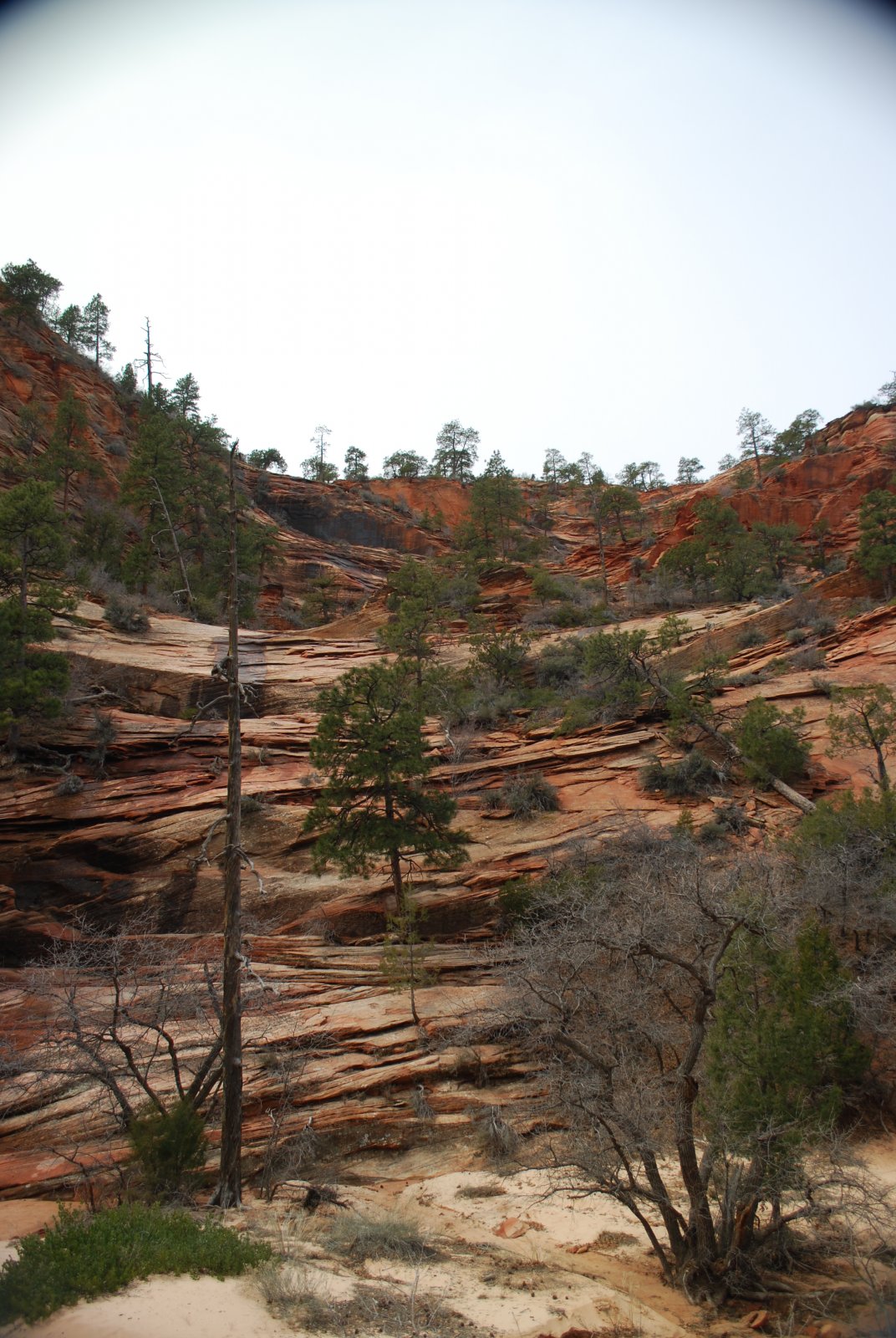 A short way up I encountered a 50' high waterfall. The work around (to the north) was steep but with minimal exposure. In fact, most of the route finding for this wash followed the right hand side (north side) After a steady climb up the wash, I arrived at the slickrock bowl beneath Roof and Hepworth Peaks. Straight ahead was an 80' high “not so dry” fall. 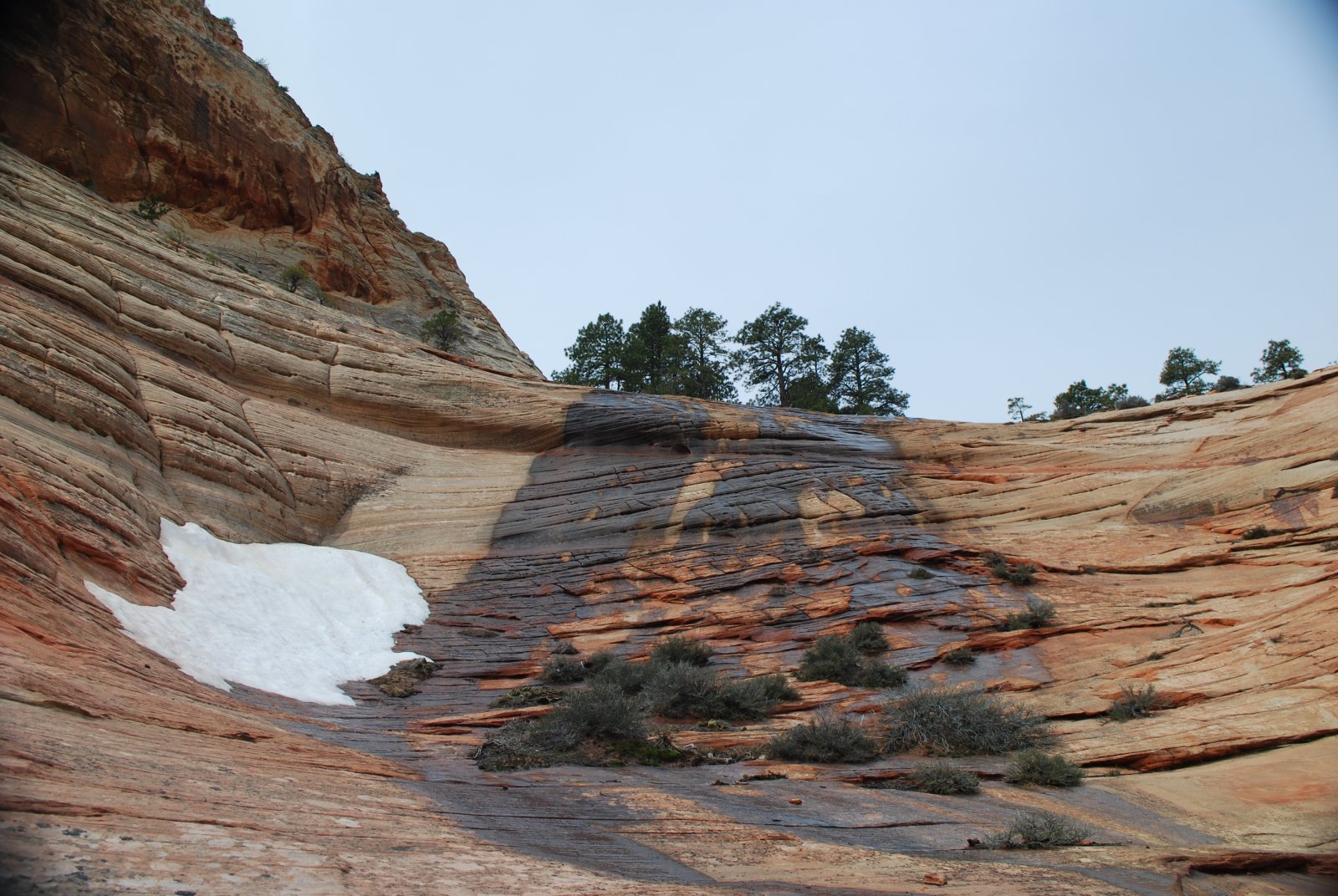 I knew there was a route to the top of Hepworth above the fall but ascending it directly looked daunting. I looked straight up to my right and saw what appeared to be a doable friction climb. 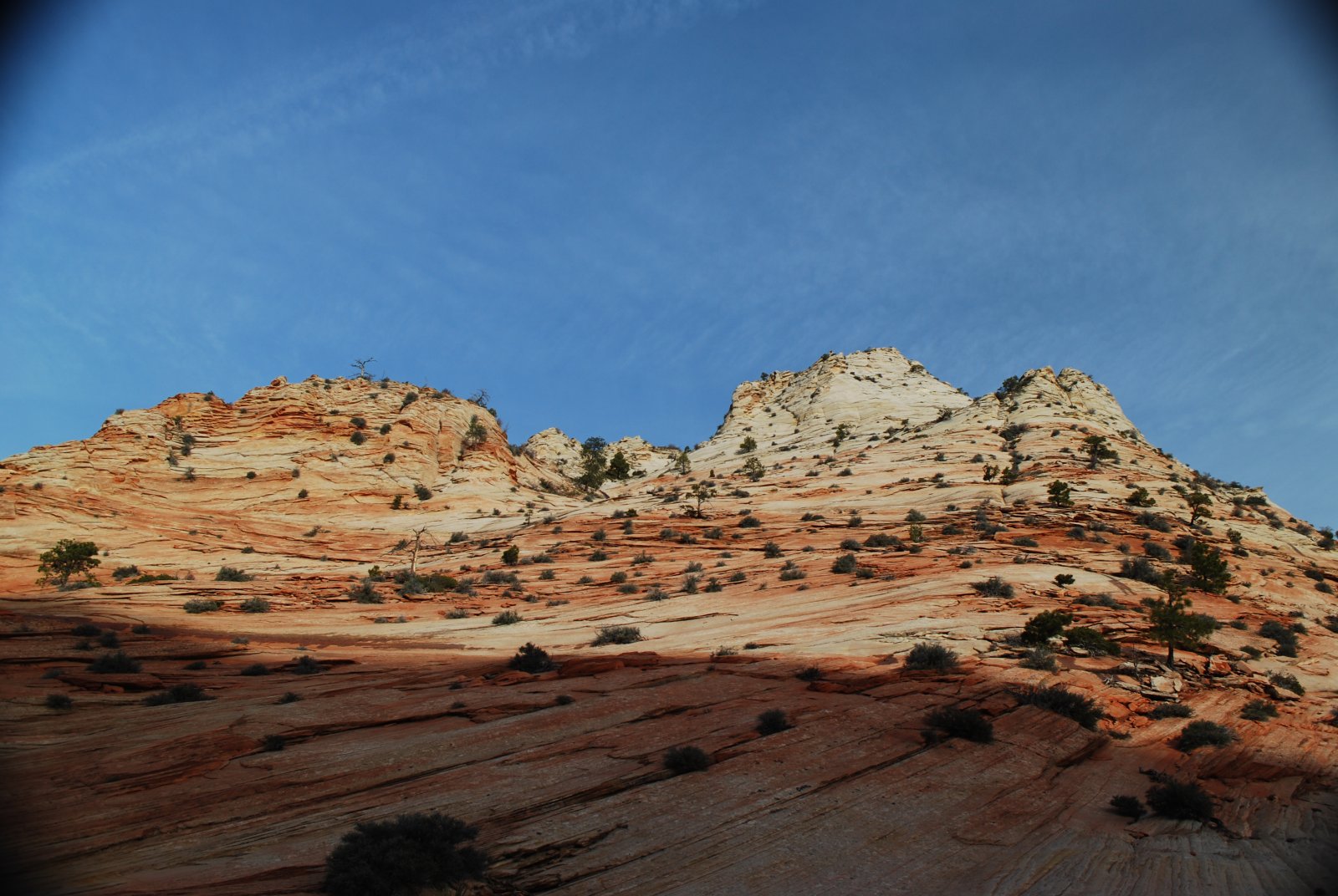 It was very steep in places and a misstep would have resulted in serious injury but I never truly felt unsafe. My new la sportiva raptors weren't made by the chinese but they came with a kung fu grip. By the time I made it to the top of Hepworth Peak, my calves were burning. Needless to say the views in all directions were awesome. 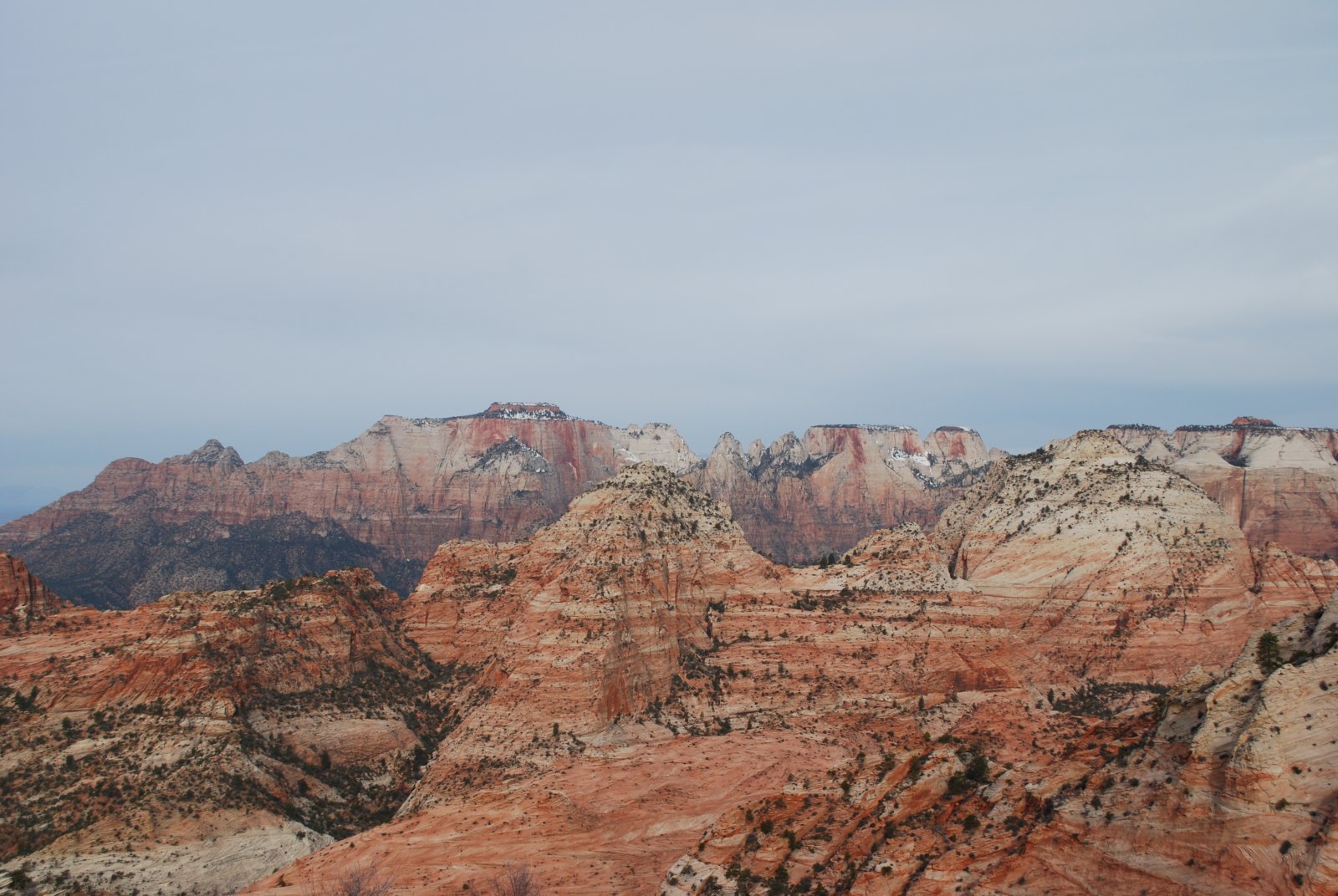 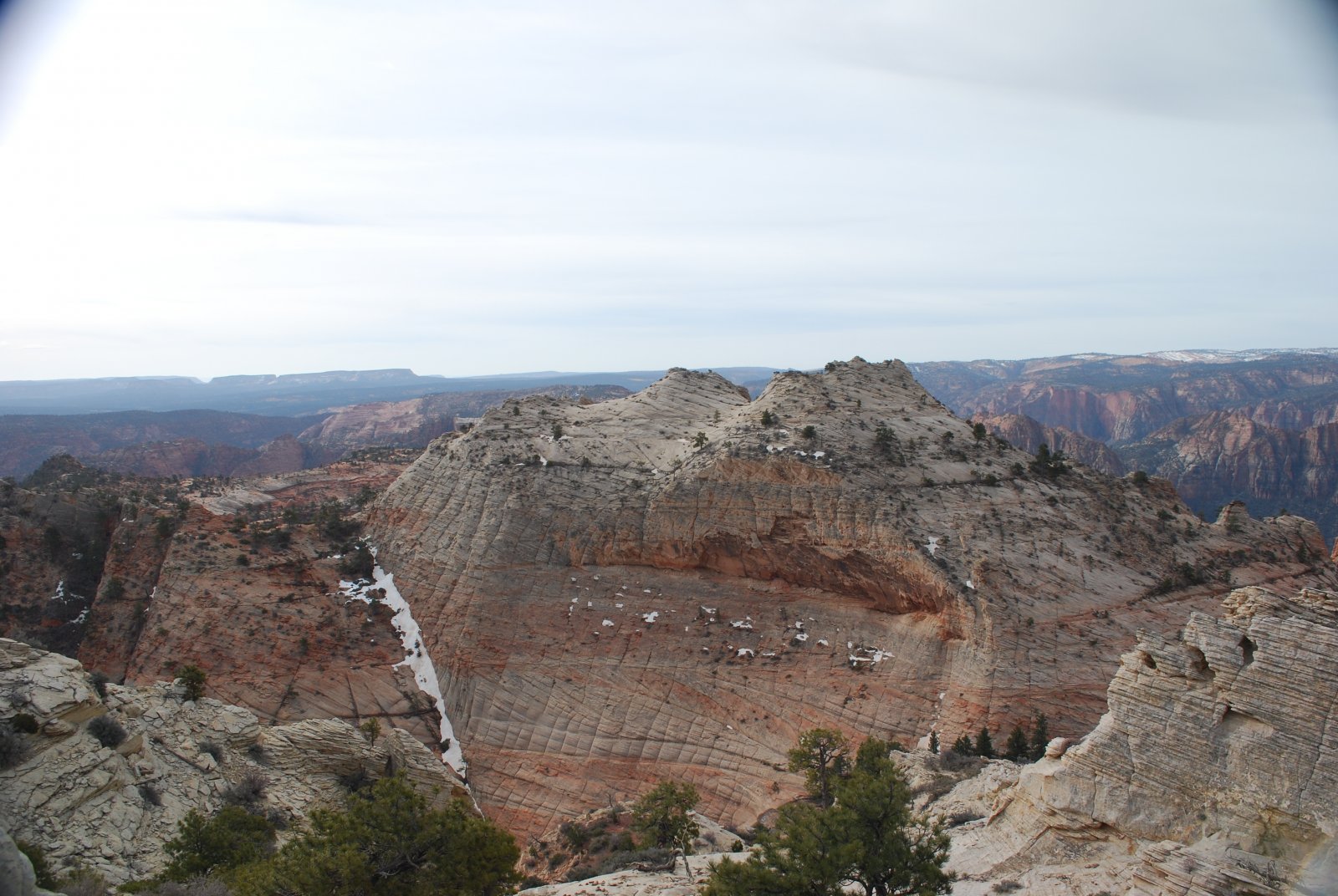 I headed down off the southwest side thru some chossy but slightly more gentle terrain. 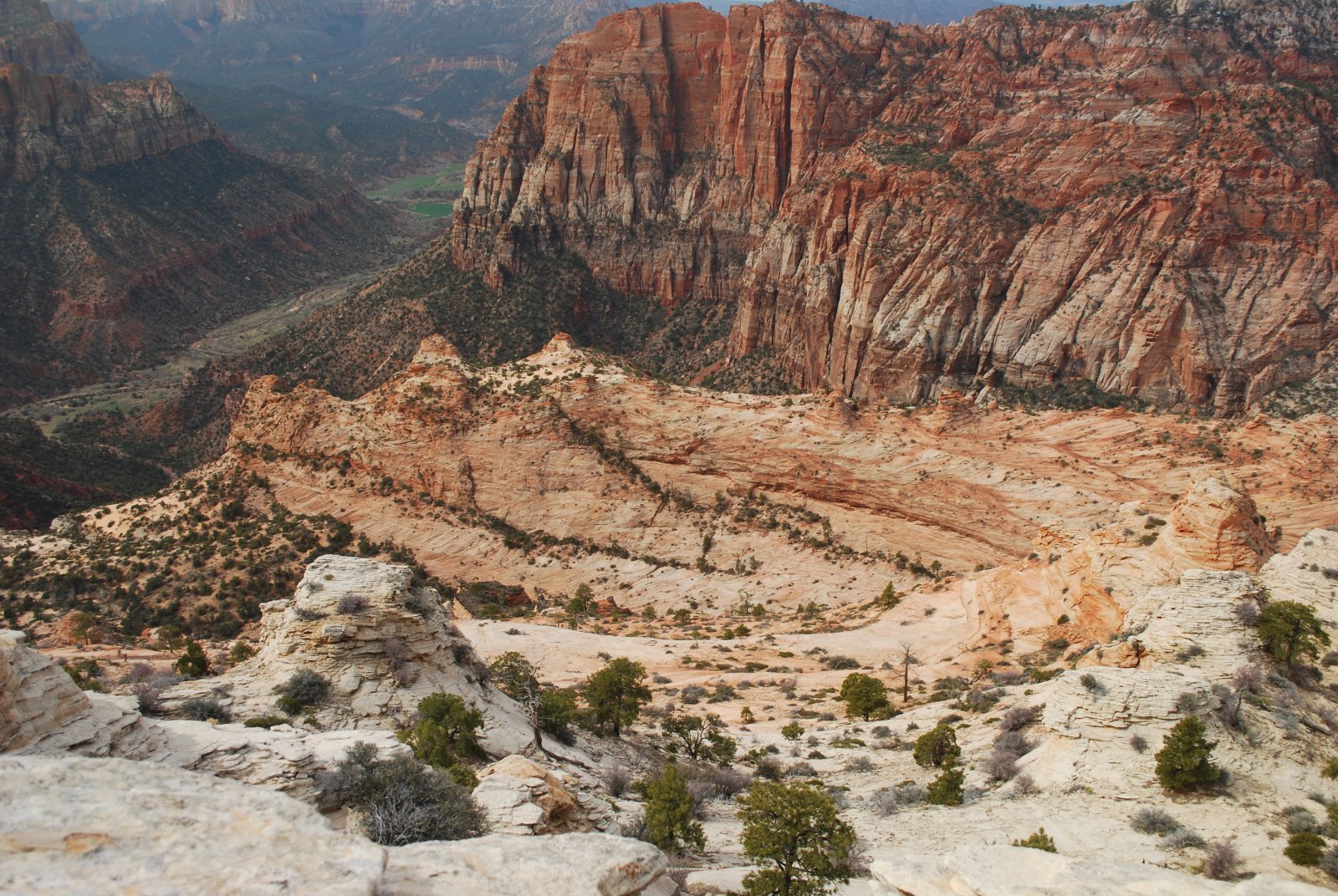 Ascending Roof Peak was slightly easier although one spot just below the summit was fairly chossy. Of the two I would say the views from Roof are better simply because you could see more of Parunuweap Canyon. I was surprised to see such much snow on top of Canaan mountain off in the distance. 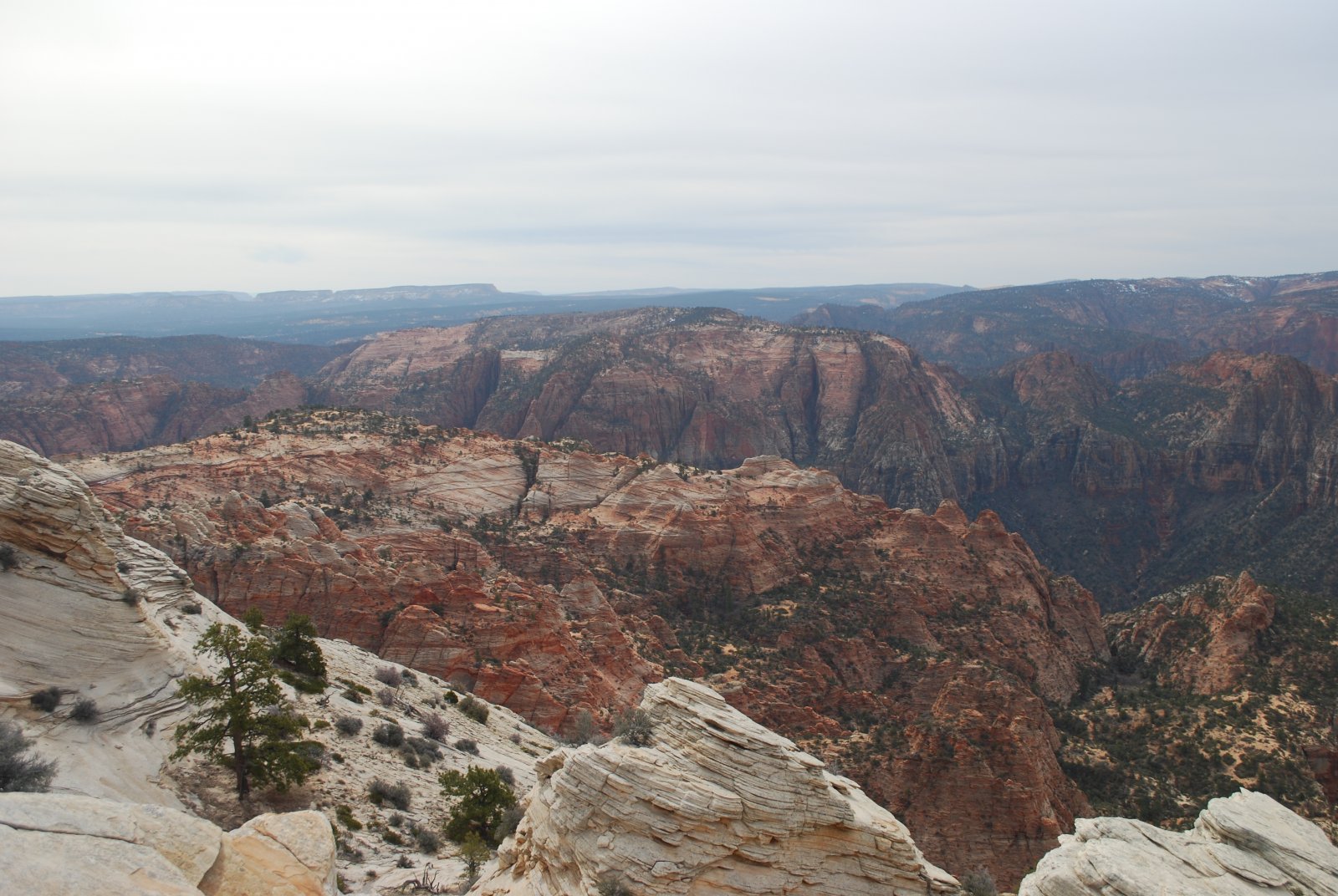 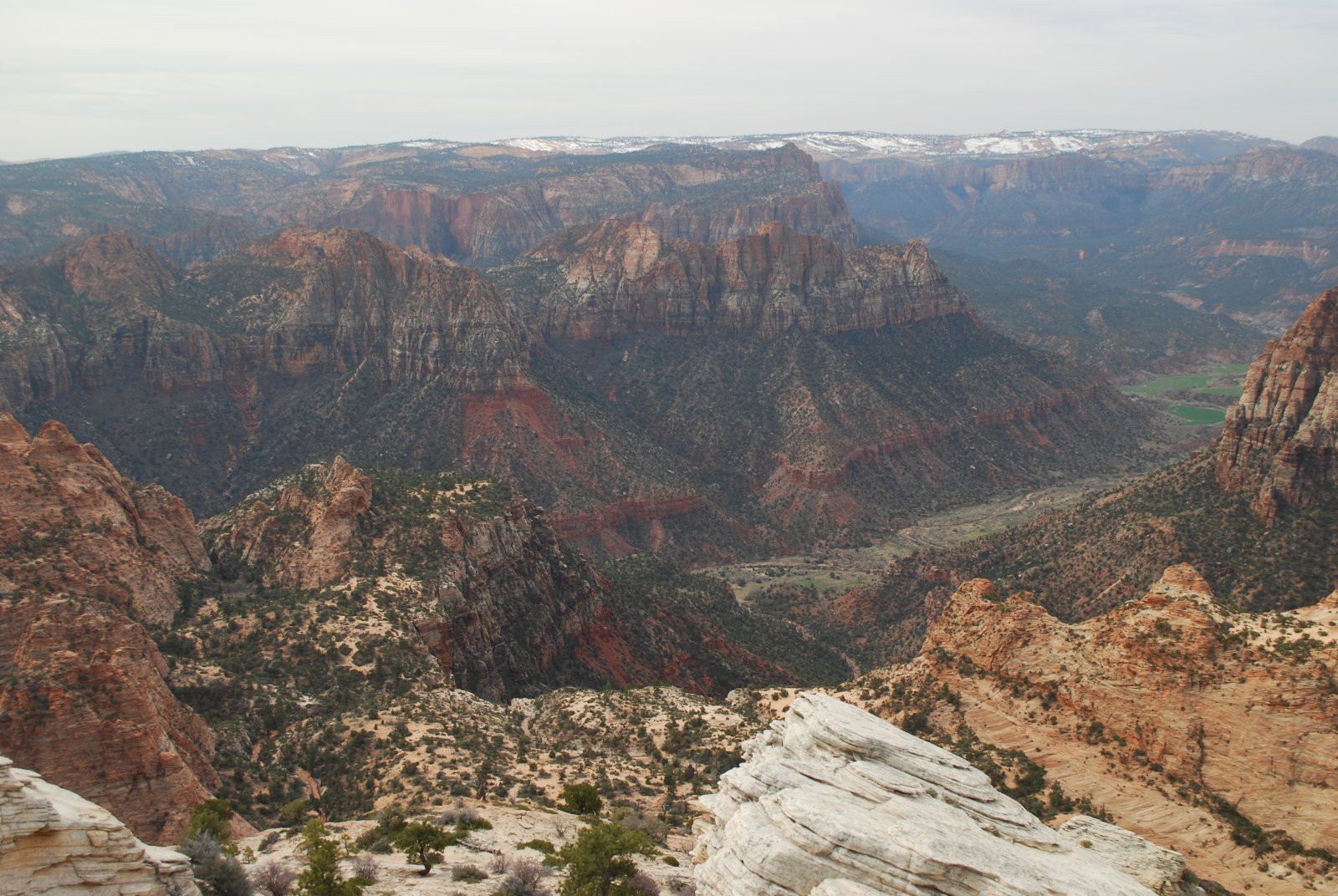 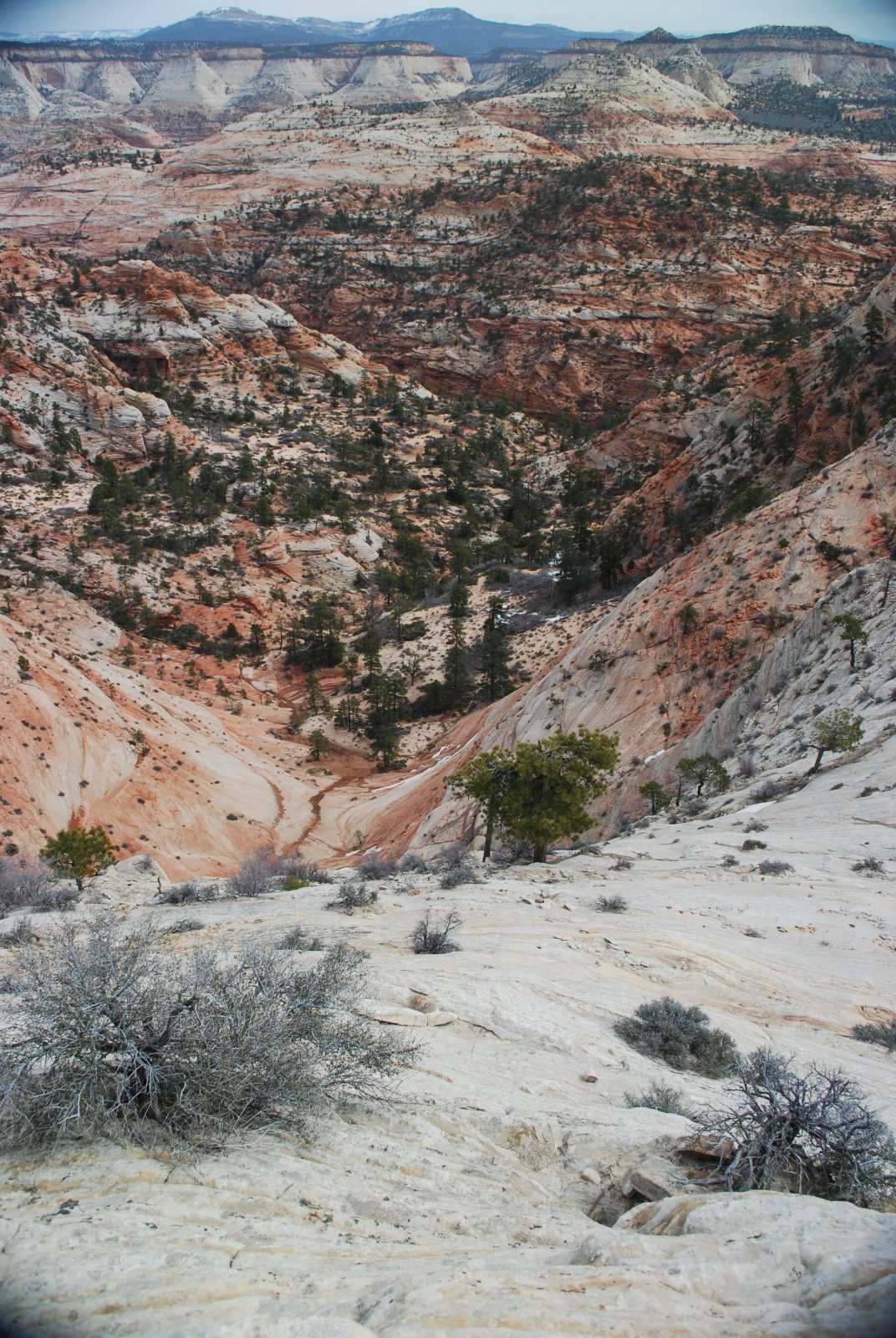 A quick lunch and nap and I was ready to head back. At the base of Roof you encounter lots of colorful sandstone blocks. 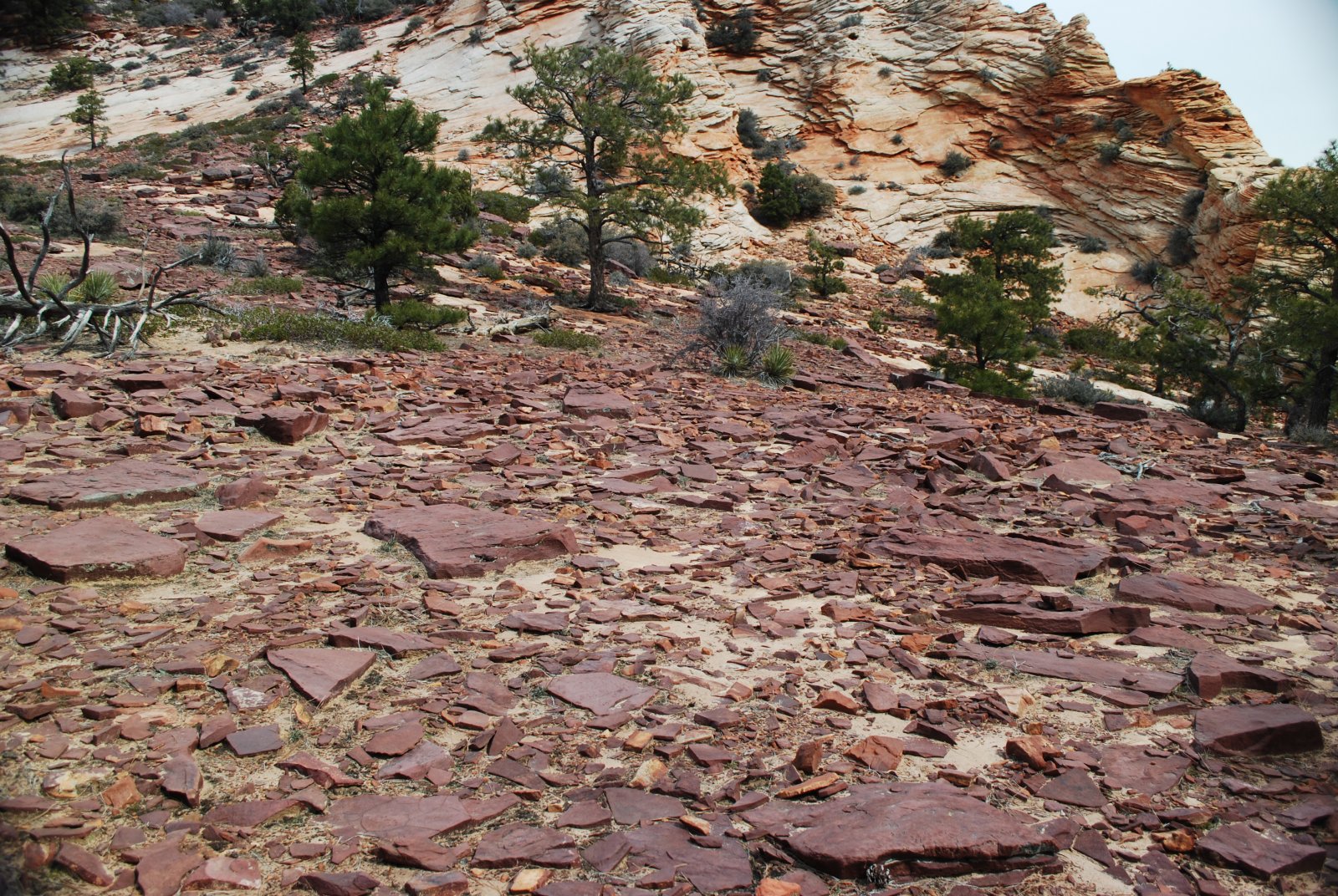 I didn't see any other way to get back to the bowl other than to descend the 80' fall. Once again I stayed on the north side and founded a workable class 3 route down. 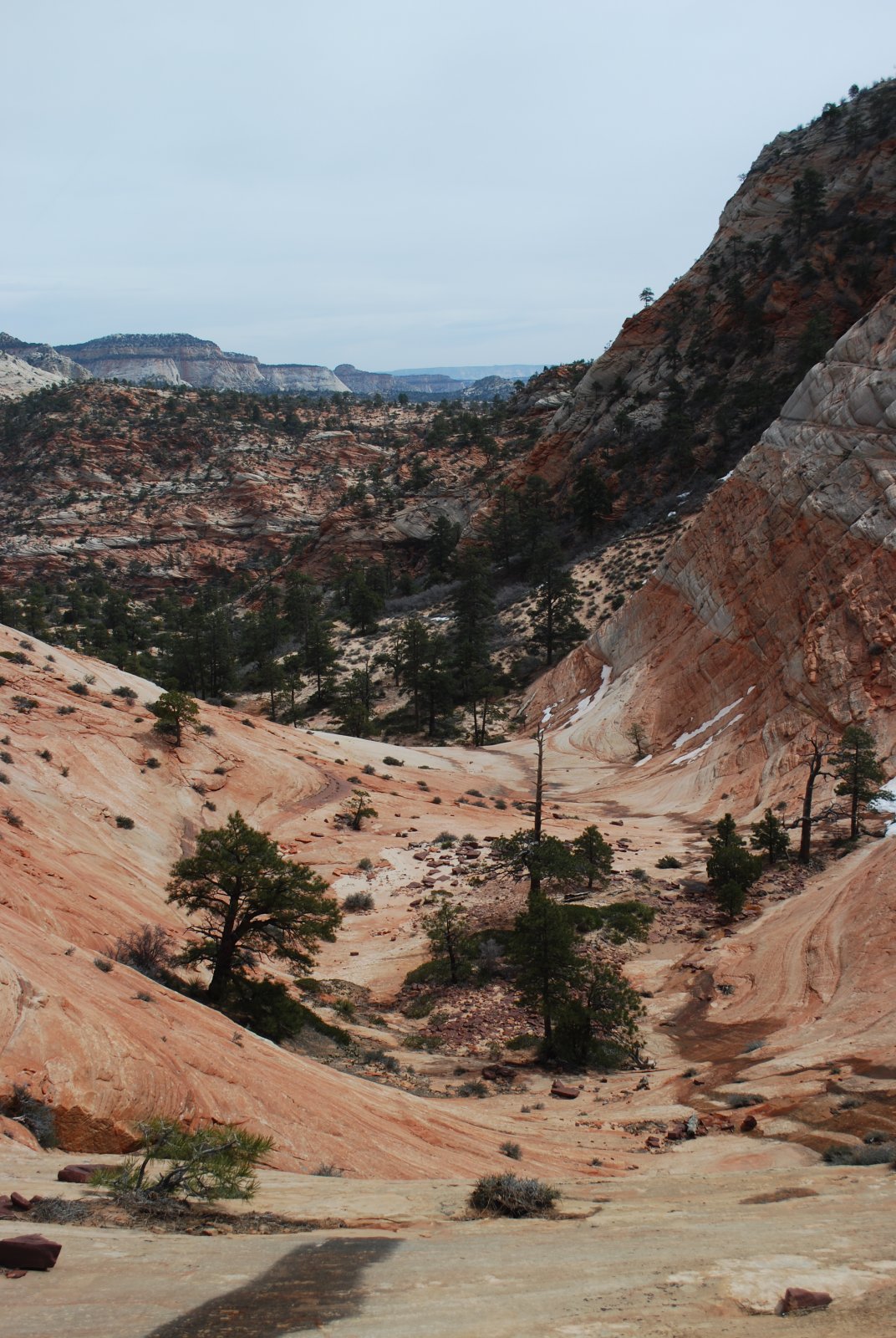 It was early afternoon when I made it back to the car and the sun was starting to peak out so with time to kill I made the obligatory hike out to the canyon overlook. Even with a few clouds; it's never a bad view! 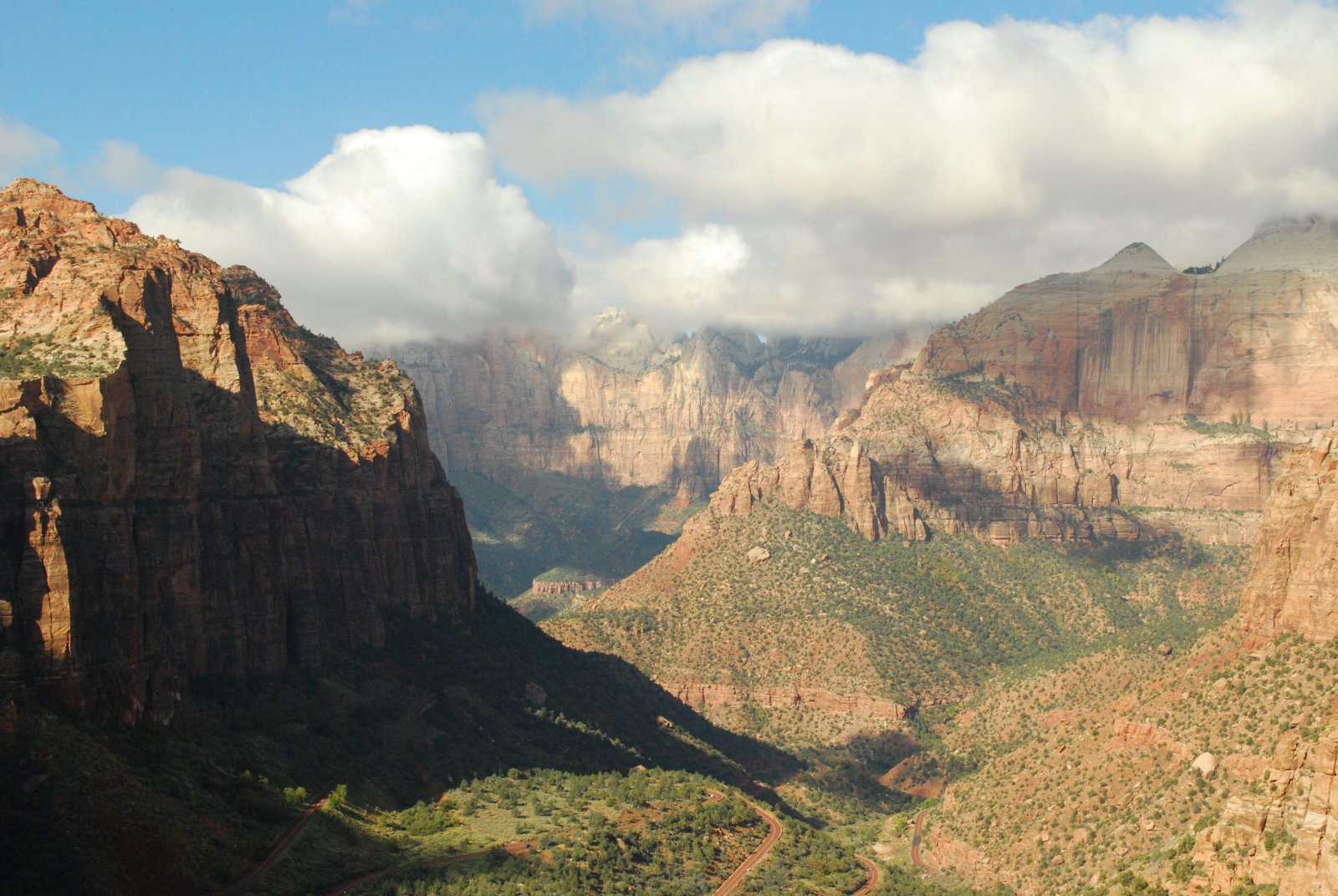 Back to town and an early dinner at Oscar's capped another great day.

I like that you are going "beyond" places I have been. My footwear doesn't have kung fu grip so I freak out too soon on some of these slopes. Have you ever been to Shelf Canyon? It is probably Very wet this time of year but it is a very short and glorious side trip. I thought of this when you ran out to Canyon Overlook as they start at the same place.

Hoping to see more of the off the beaten track Zion Eastside. We have done Progeny Peak and Many Pools, but that only whetted our appetite for more.
https://steveriggs.smugmug.com
You must log in or register to reply here.
Similar threads