This is my first “official" trip report since joining the group last fall. I'll confess I am not a writer but I do hope my narrative adds some context for everyone's enjoyment.

This was my third annual Zion “man-cation” as my wife likes to call it. I'm always drained from a long winter and look forward to this trip to recharge my mental and emotional batteries. Per usual, the first day started early as in 3:30 a.m. About nine hours and 1900 miles later, I touched down in St George Utah. As the plane descended over the kolob terrace , I could see one of my main goals, hiking South Guardian, was in jeopardy. A nice blanket of white snow covered the upper flats above maloney hill. I was hopeful it would be gone by the end of the week. After grabbing my car, lunch, and some provisions, I headed for my first hike: Bighorn Peak in the upper east canyon. I chose this route for several reasons. It looked like a good “ice breaker” for the first day given it was already about 2:00 p.m. I also wanted to scout the first part of the route to Mountain of the Sun (for a future trip), and I knew I could possibly add Shelf Point to the route if I was still feeling frisky. Shortly after dropping into upper pine creek, you come upon this nice little slot water fall. 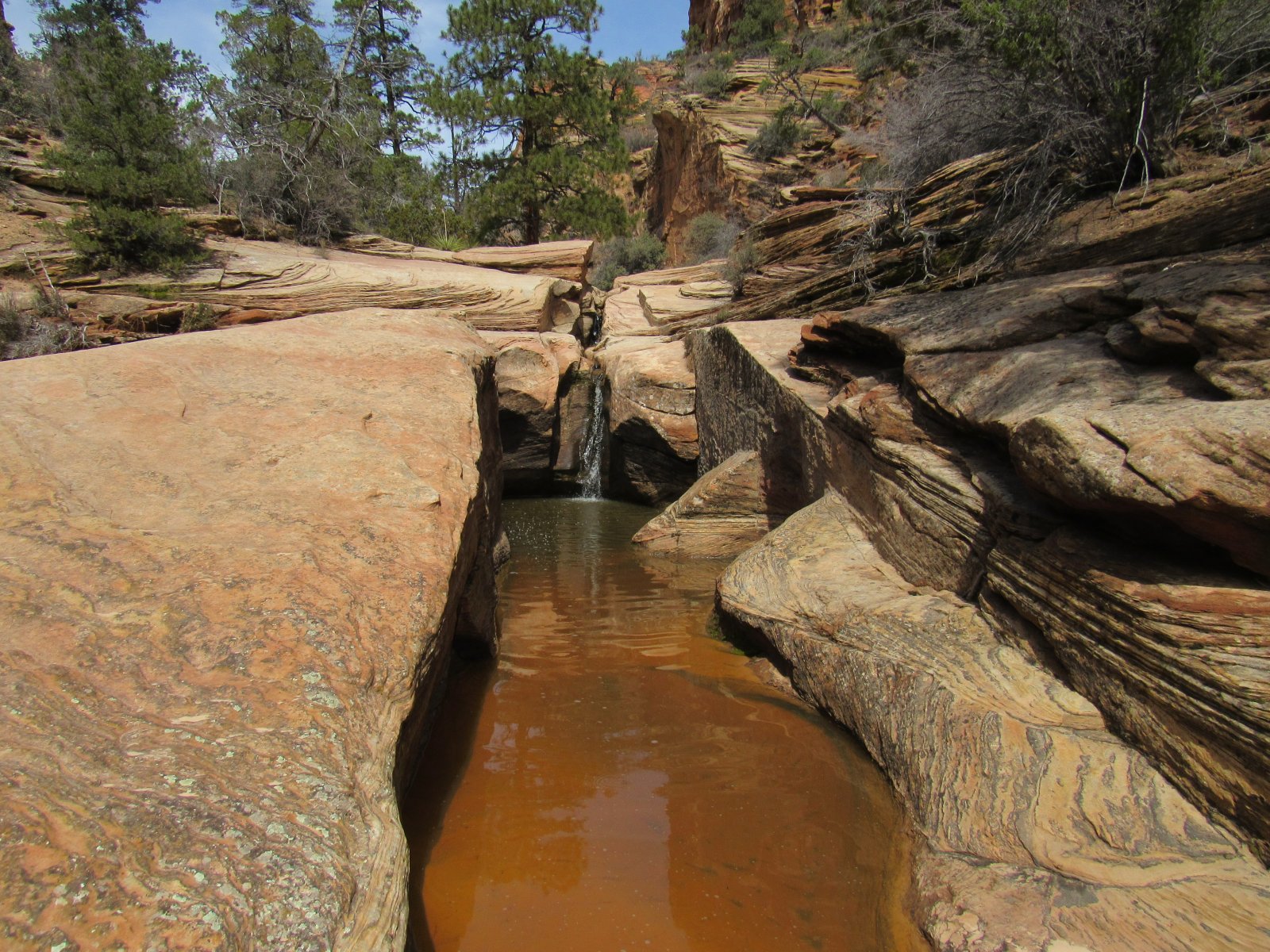 A little farther down I came across four tired-looking hikers searching for two pines arch. I explained they were in the wrong wash but pointed them in the right direction. Those would be the only hikers I would encounter that day. I was surprised there was not more water flowing in upper pine creek given all the recent precipitation in the area. Between firm sand and ample rocks, my shoes barely touched the water. I quickly made it to the climb out point 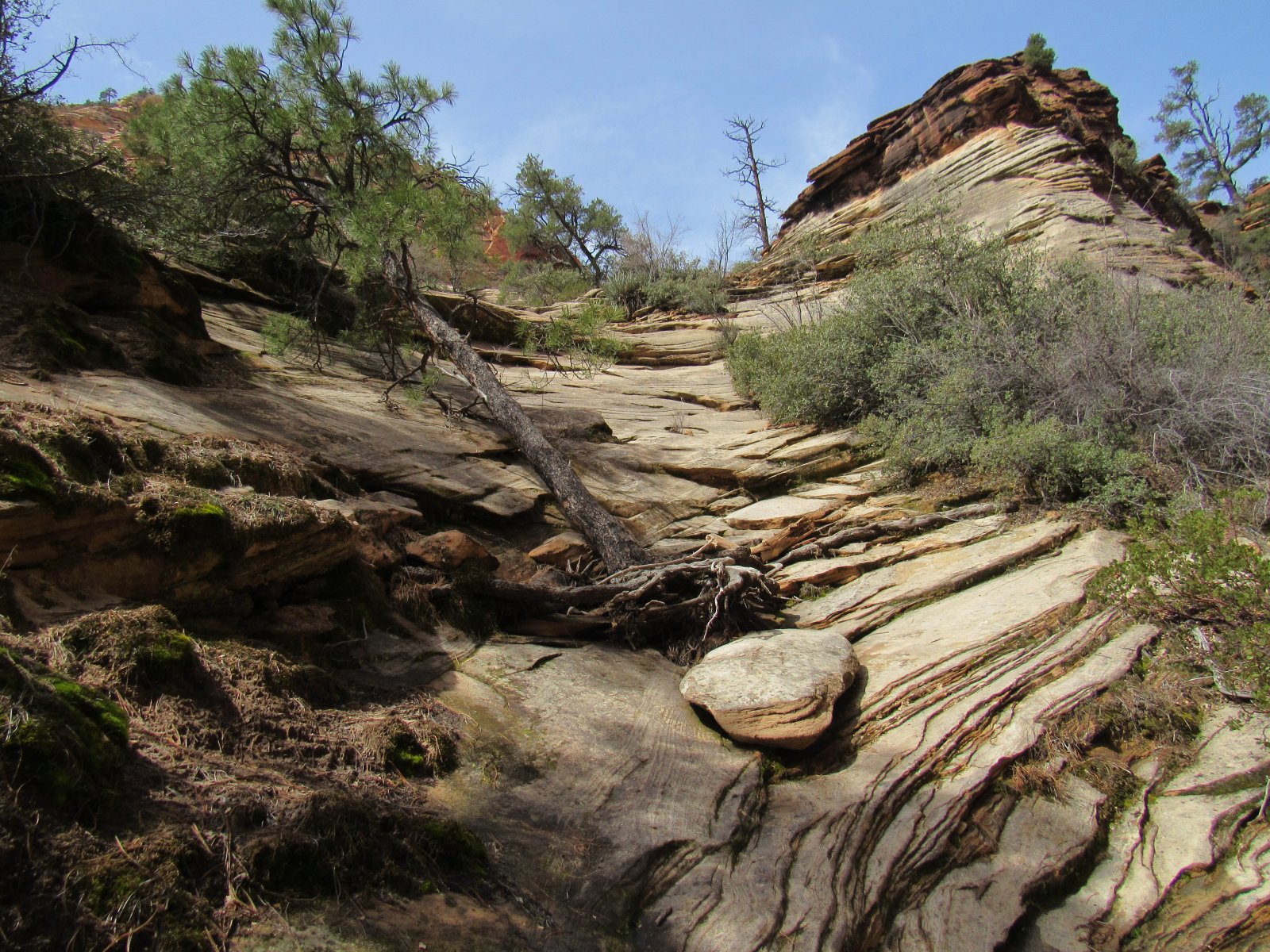 A few minutes later I soon saw what lie ahead of me as I gazed up at the drainage that would take me to the top of the saddle behind Twin Brothers. 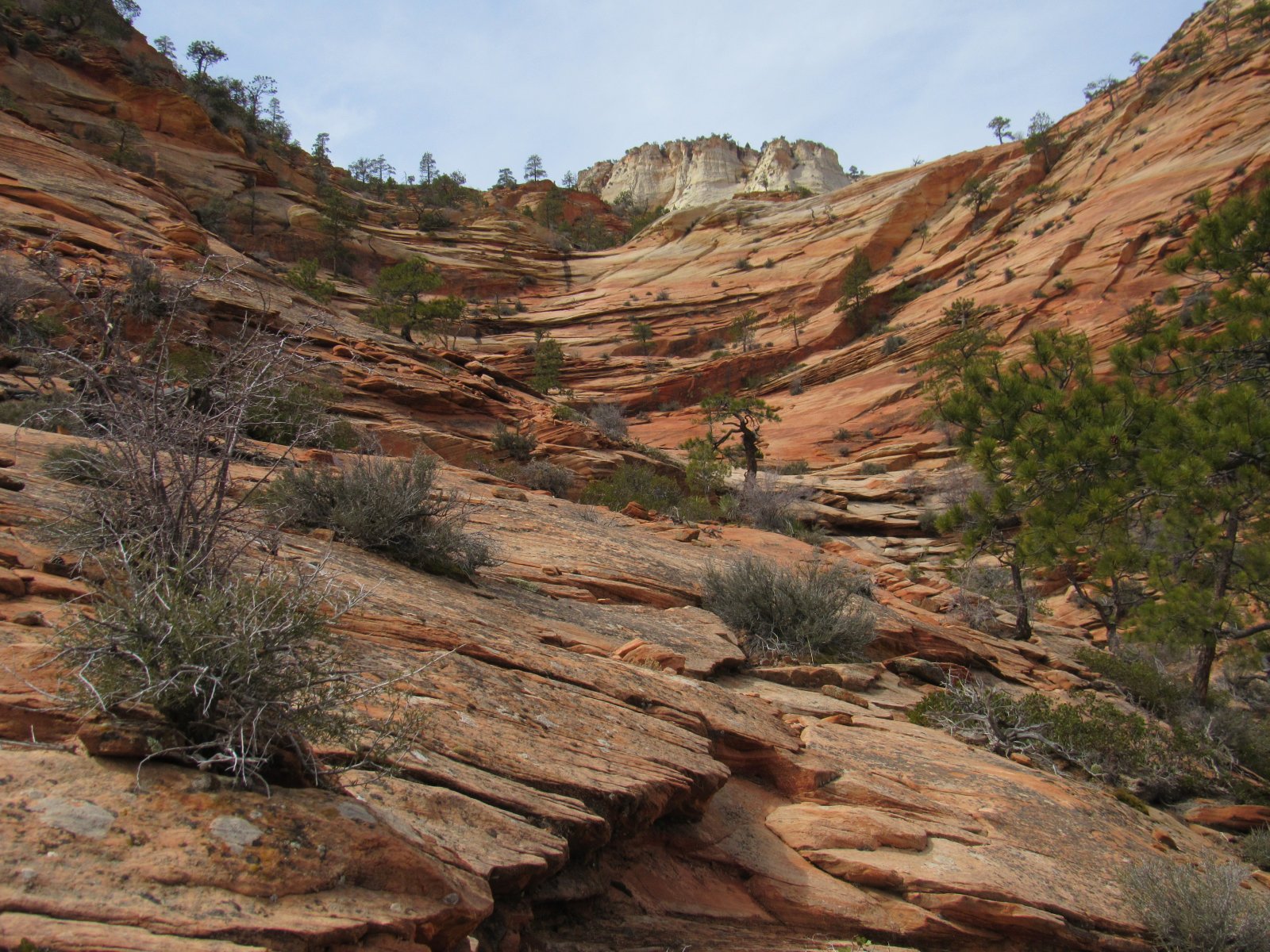 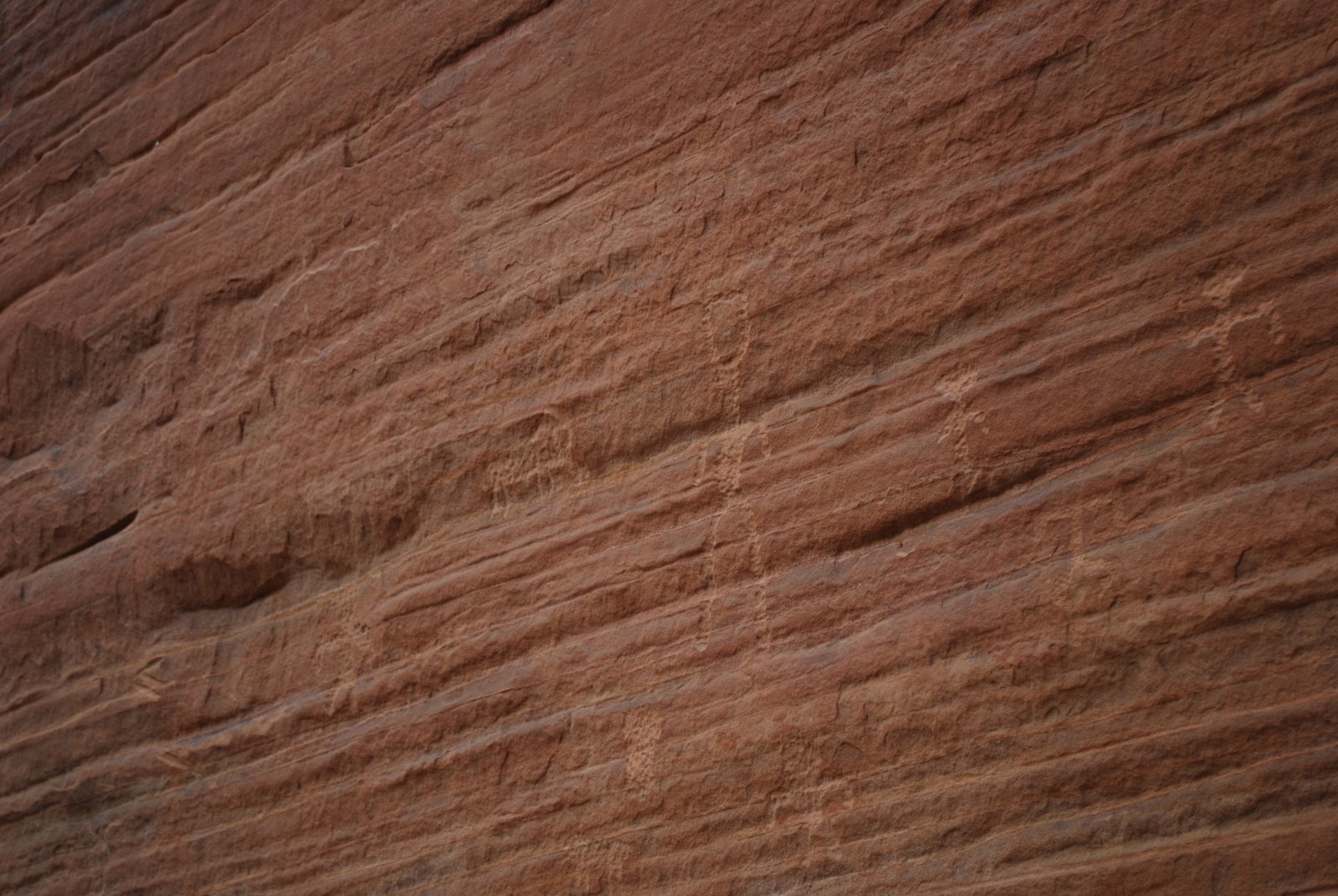 From the saddle I could see the route down into Spry canyon but Mountain of the Sun was hidden behind the western shoulder of Deertrap Mountain. I turned south and followed the ridge up to Bighorn Peak. 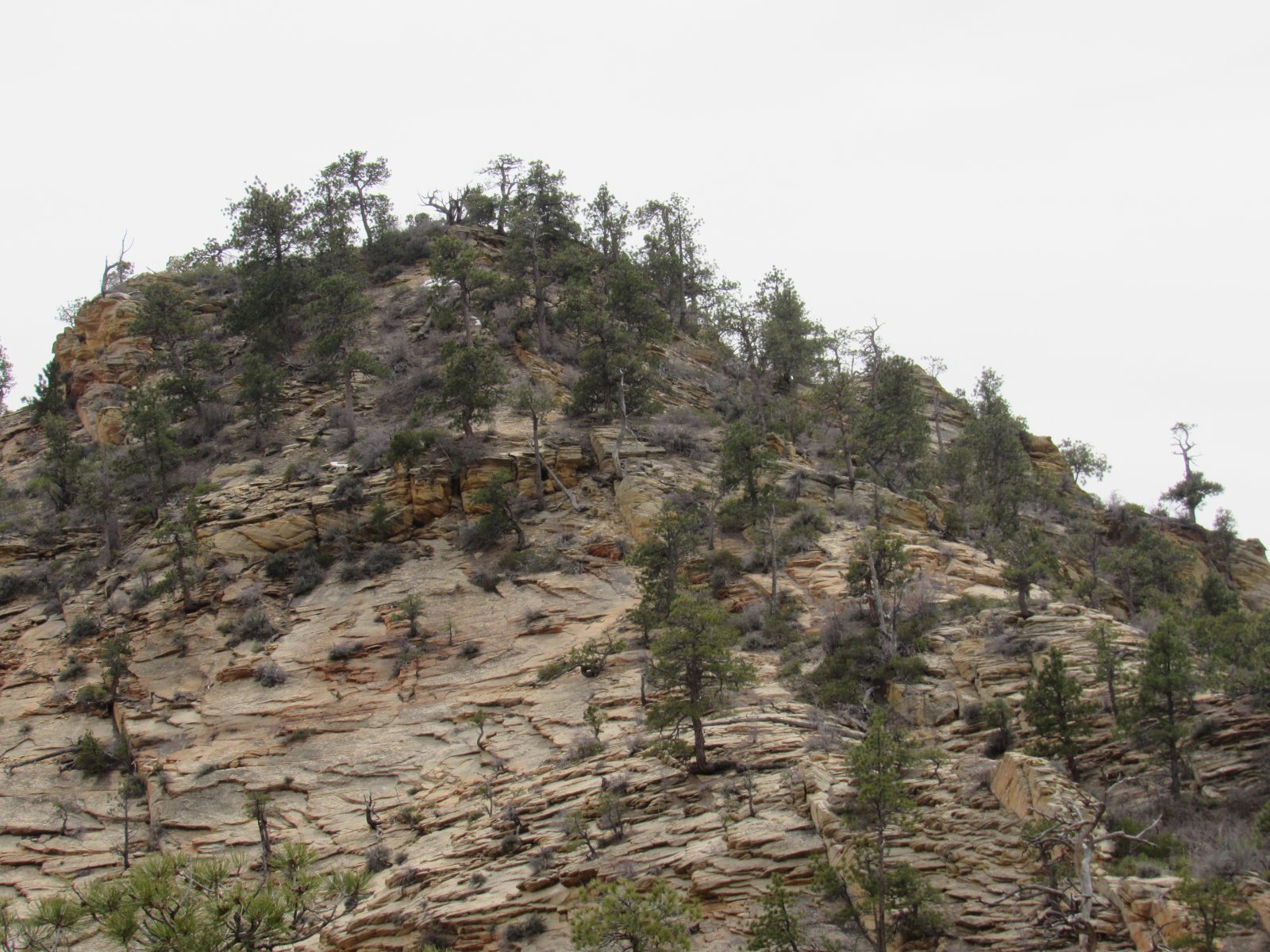 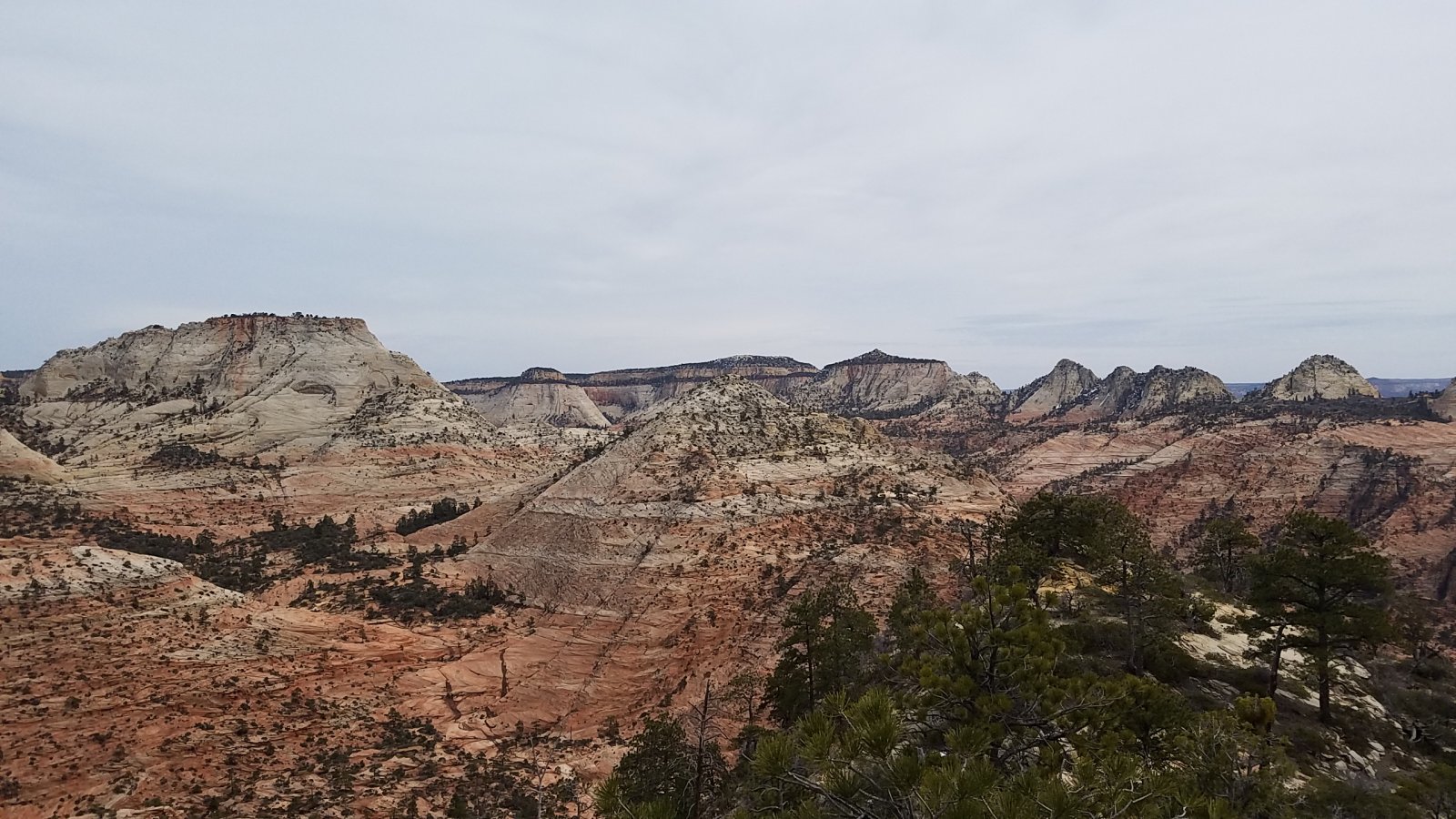 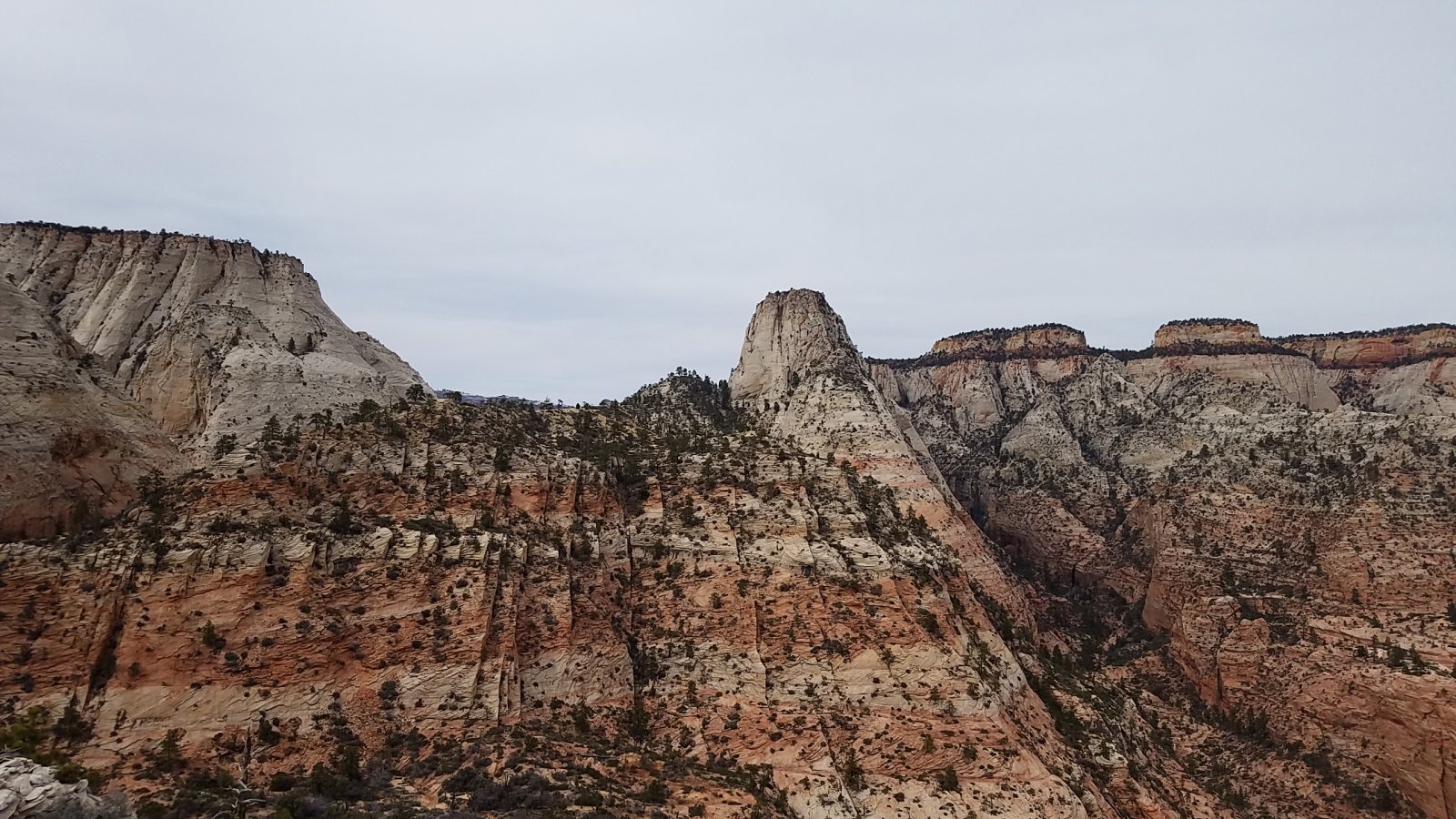 Feeling energized and seeing that I was good on time, I peered over toward Shelf Point to study the difficulty of the route. It looked doable. 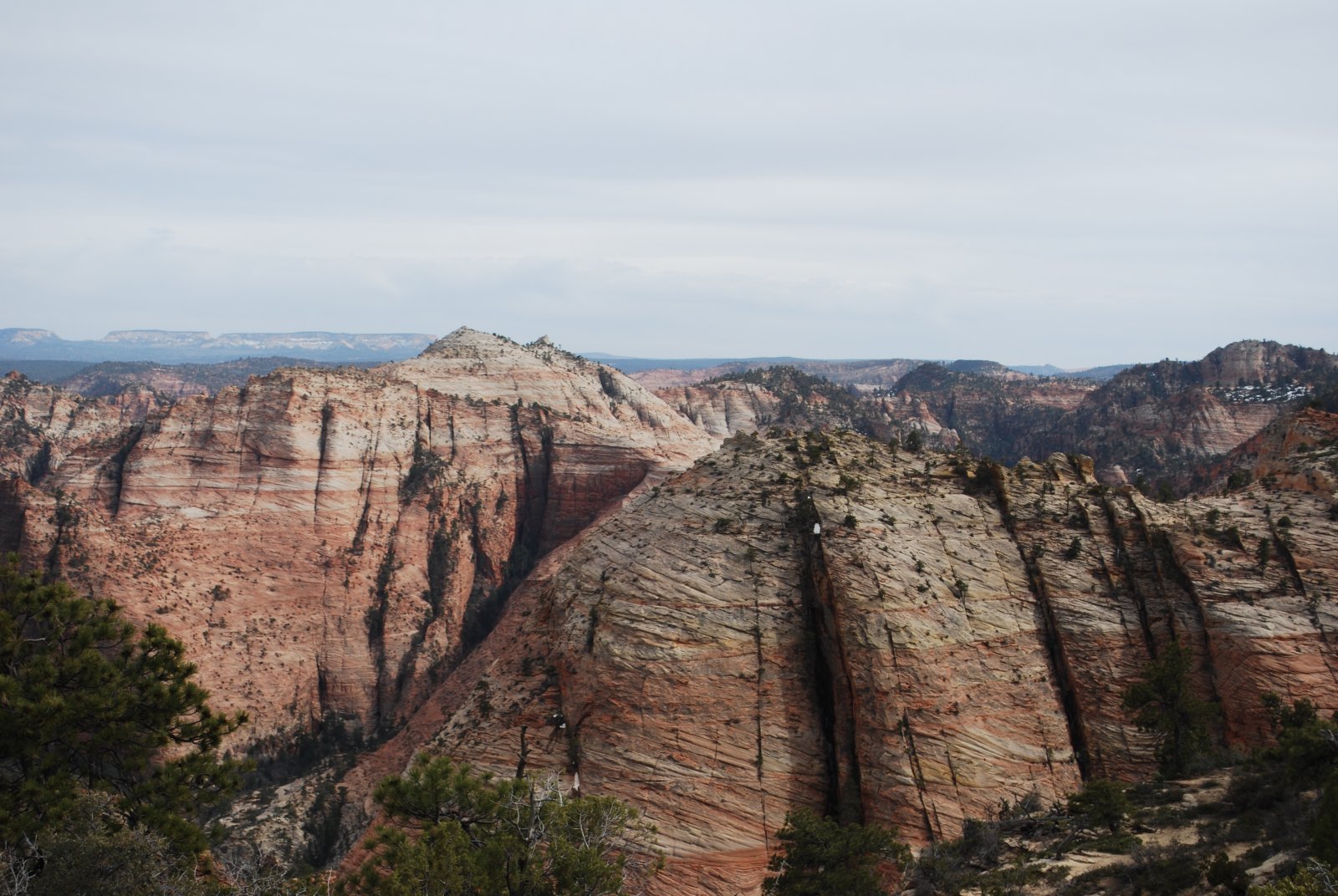 The southern spine off Bighorn was rocky but not terribly steep and soon I found myself at the top of a wash behind the East Temple. From there it was class 2/3 to the top of Shelf Point. The spot provided great views of Bridge Mountain, rarely seen Hepworth wash, Gifford canyon, and the upper east canyon. 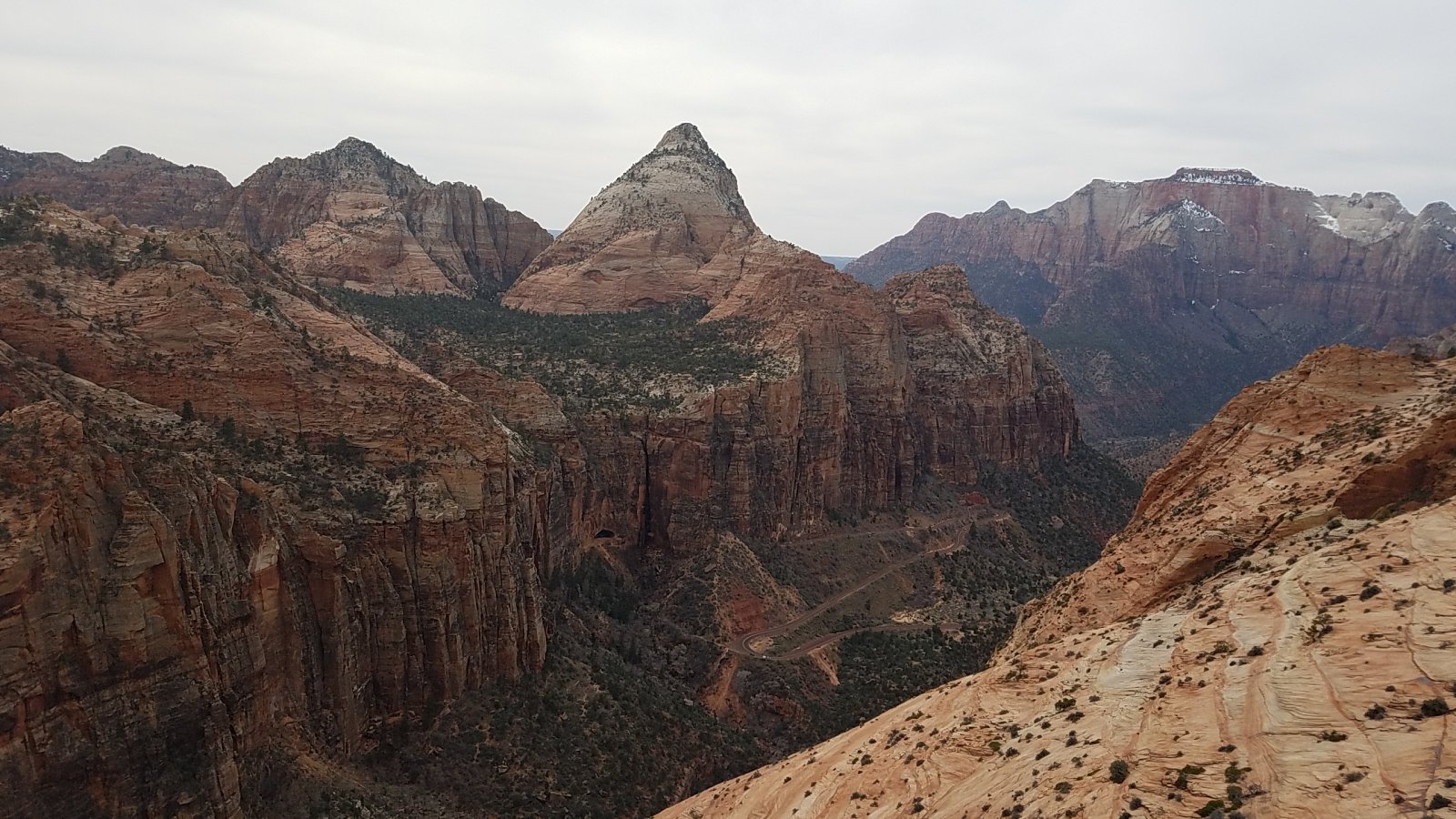 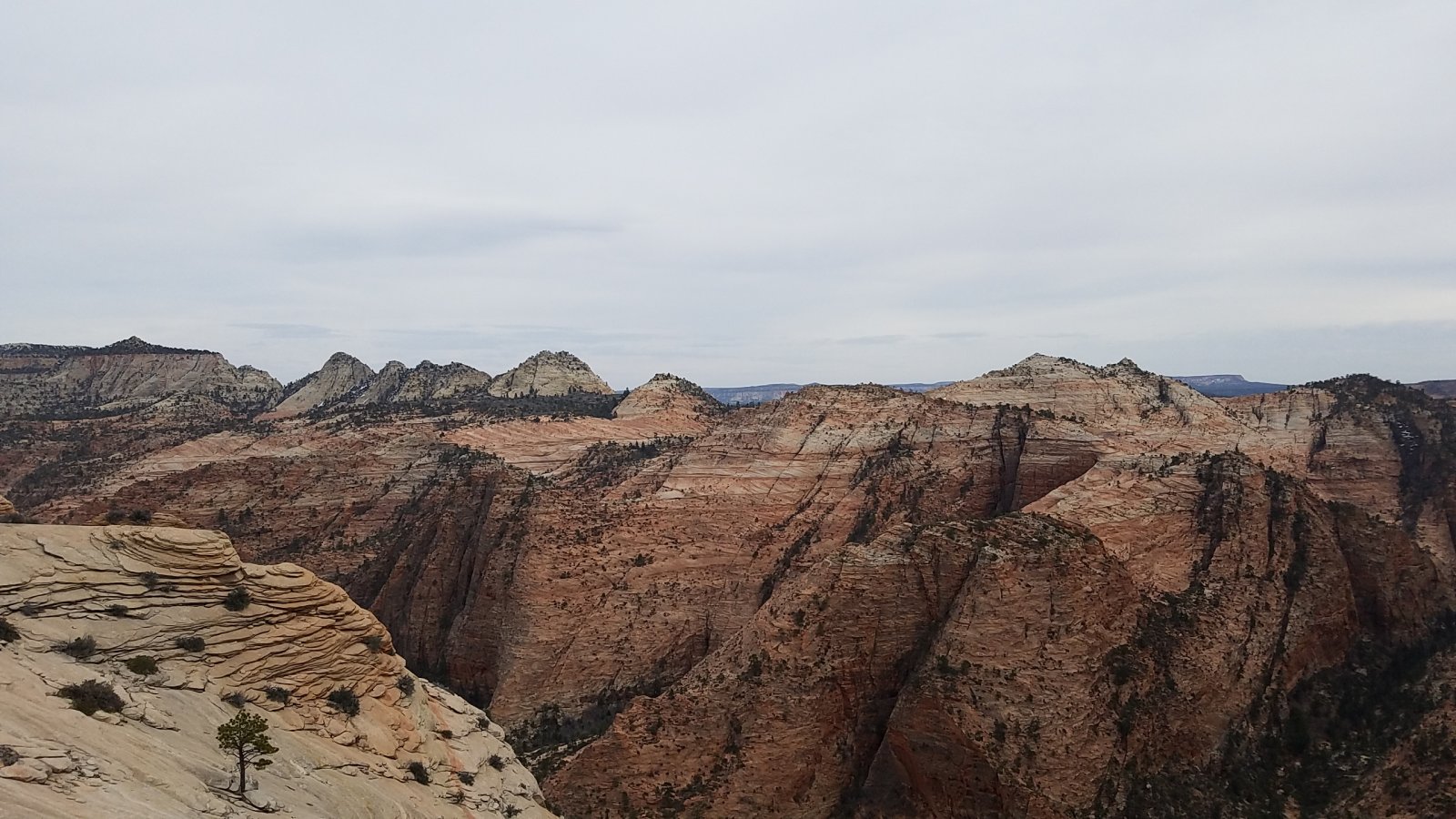 The crowds 900 feet below looked so close thru the telephoto 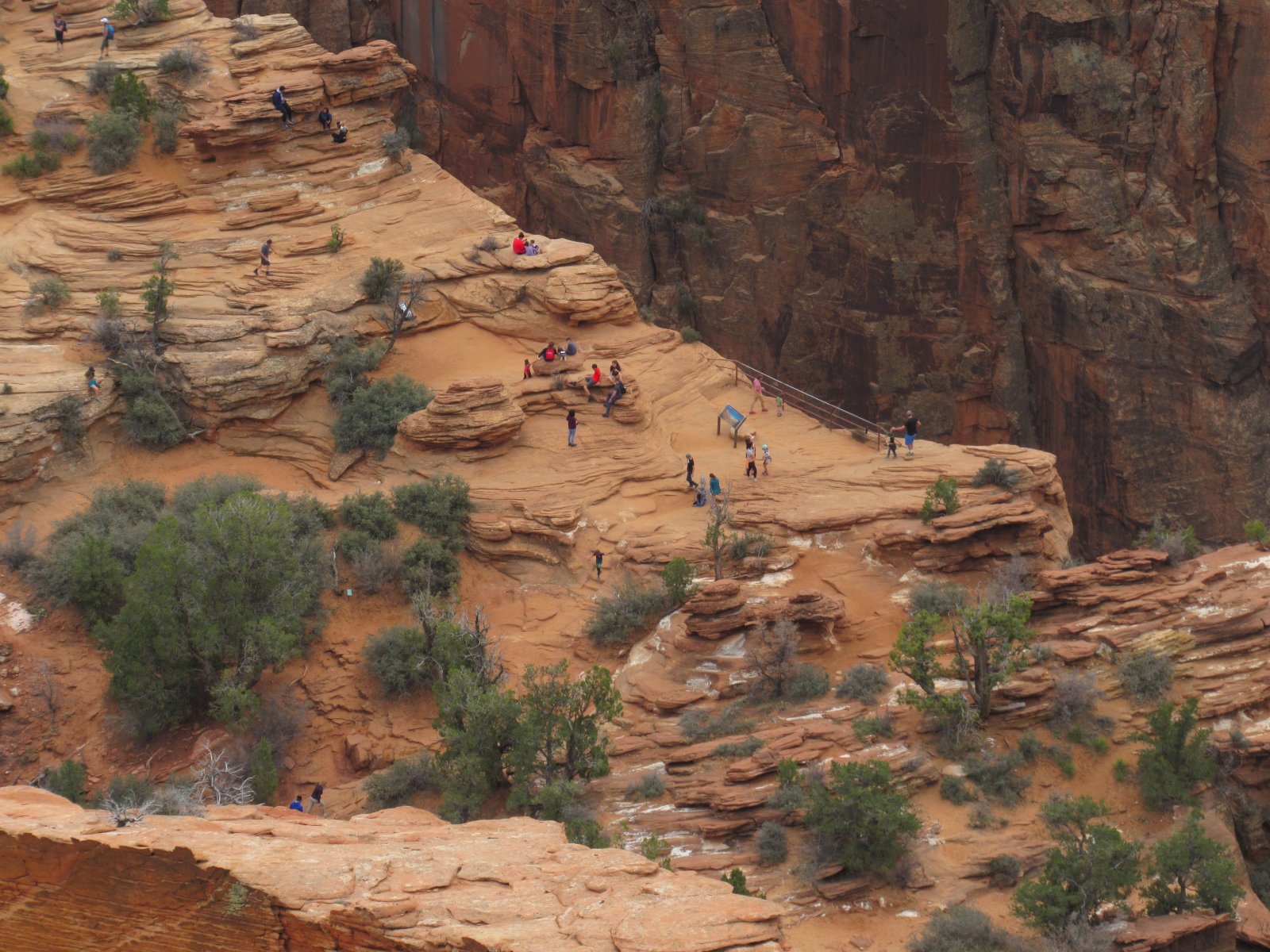 This cool formation sat precariously off the western edge of Shelf 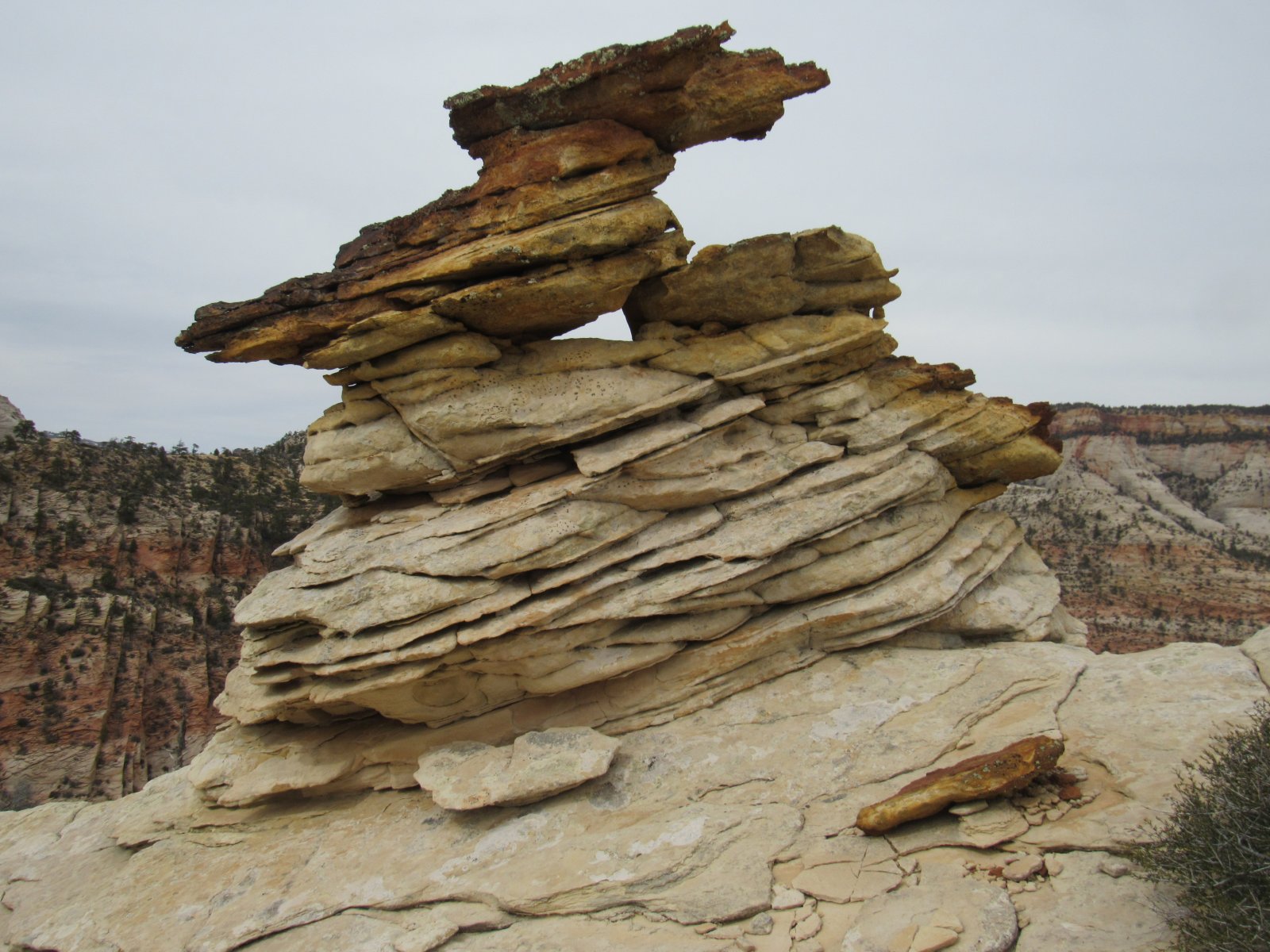 More clouds seemed to be rolling in and light was starting to fade so I retraced my steps back to Bighorn, then down into Pine Creek and back to my car. I could have also just made a loop and descended from Shelf Point directly to the overlook. But for some reason it felt less challenging. A good burger at Blondies capped a long but great first day.

love that area, so much you can do. I never get tired exploring East Zion
http://yvonnebaurphoto.smugmug.com/

Looks like it was a good hike. Zion is always a good place to visit. Thanks for sharing!
You must log in or register to reply here.
Similar threads