Yosemite in the Fall

It was M's birthday, and I and found a campsite available in Yosemite Valley! What are the odds? Well, since we're retired and have some flexibility with dates, and since we only live a few hours from Yosemite, turns out they were pretty good... So on Wednesday we drove into Yosemite--the last day that they were requiring reservations.
Despite taking it easy on the drive up, we were in our campsite by 2:30, and had set up our tent and gear in half an hour. We strolled around the campground, and then decided to hike towards Mirror Lake. 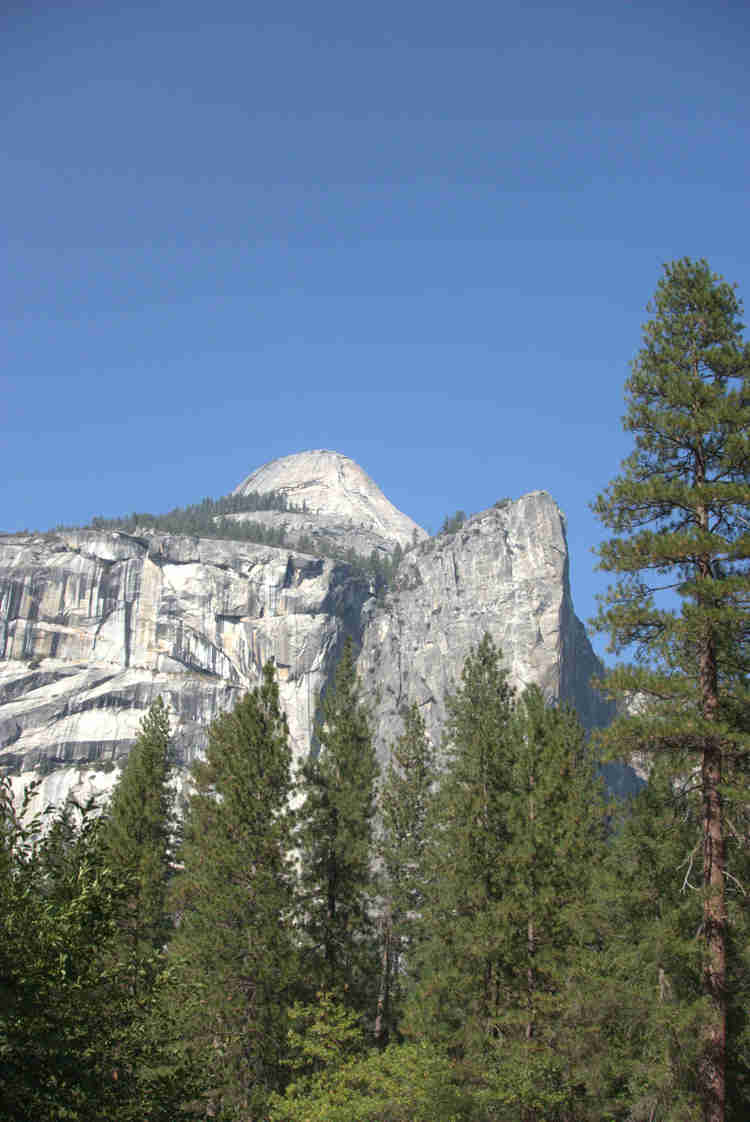 We've used this trail before. It gets a lot less traffic than the road, and the horses only use it in the morning...so off we went, taking it slow, and taking in the views of North Dome, Washington's Column, and, eventually, Mt. Watkins and even Half Dome, directly above us. It was lovely. And then we ran into a couple from Germany who looked a bit out of sorts. Turns out there was a bear around the corner of the trail. We took a look--and it was a small bear, minding its own business and looking for food. Frankly, it looked like it needed to eat a lot more to make it through the winter. But then, winters are getting shorter. sigh. 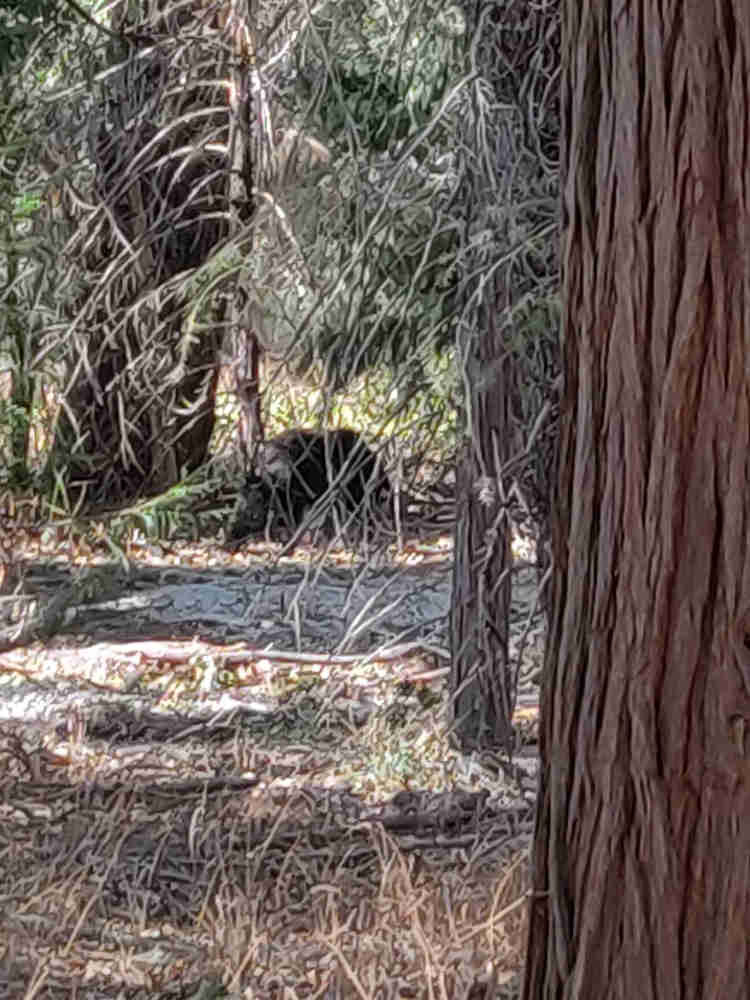 At any rate, that was a good time to stop and take some photos, and turn around. First we crossed the completely dried up Mirror Lake and then took an evening stroll down the road. No traffic. Few hikers. No Shuttle buses. My, what a wonderful place Yosemite Valley is on an off-day in the fall. 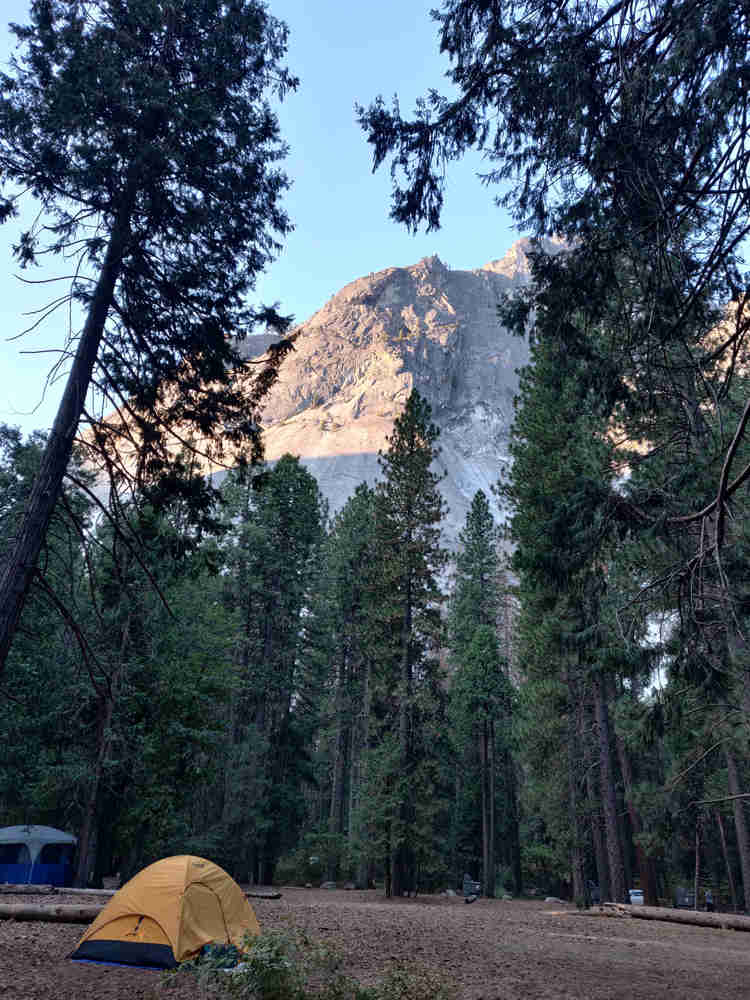 The next day we broke down camp and drove over to the visitors center, where there were approximately five cars in the parking lot. The visitors center was closed, except for the outdoor exhibit on the Miwok and Paiute history of the park, and an information table out front. We walked through the exhibit, being the only people there for twenty minutes, then drove over to Yosemite Lodge to hike down valley on the Valley Loop Trail. 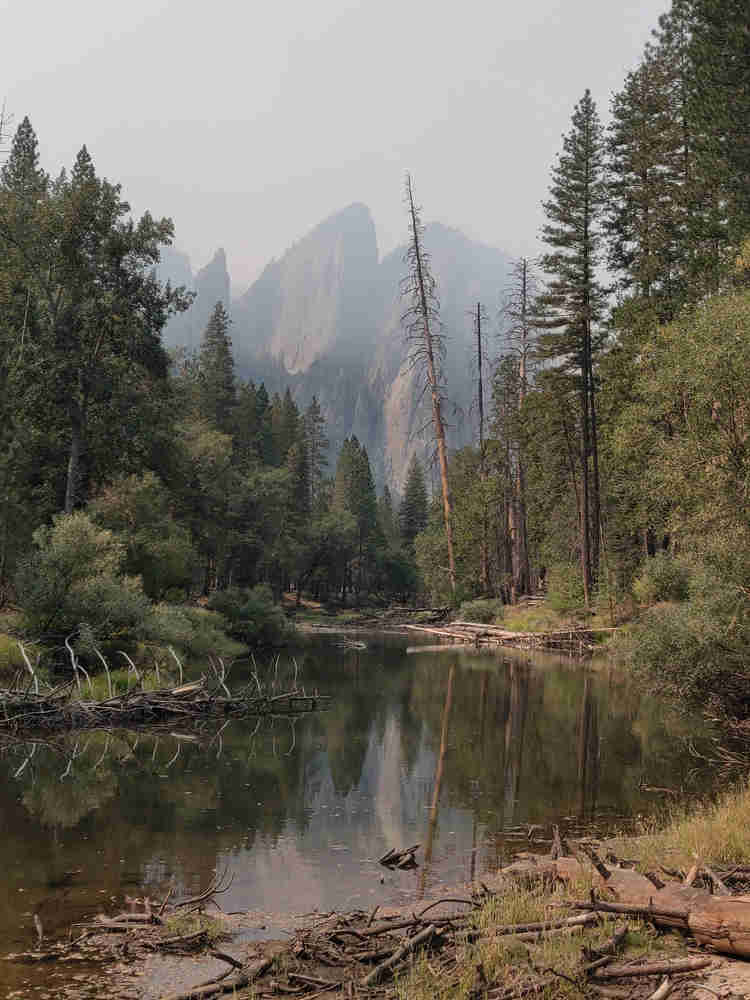 We caught it at Camp IV (and hasn't that gone through some changes!) and hiked down valley for a couple of miles, taking a side trail to eat lunch and check out the river for a while--it was a bare trickle!--and watching the smoke from the fire down south slowly fill in the valley. By the time we couldn't see the tops of the cliffs, we decided it was time to bail. A short walk back to the car, and we were out on the road by 2:30. We would have liked to stay longer, but not with that smoke.

Here's a link to the longer blog post, with more details: https://www.backpackthesierra.com/post/yosemite-in-fall

And here's a link to all the photos: https://photos.app.goo.gl/82sn45fgV47JbpRE9
Check our our website: http://www.backpackthesierra.com/
Or just read a good mystery novel set in the Sierra; https://www.amazon.com/Danger-Falling-Rocks-Paul-Wagner/dp/0984884963
You must log in or register to reply here.
Similar threads