I made it back from Yellowstone and I'm glad to be home! The mosquitoes were HORRIBLE!!!! And the fishing wasn't any better.

Monday - We drove up to the Park and camped at Grants Village on Yellowstone Lake the first night. We had to pick up our back country permit and watch a 20 minute video. After picking up the permit we drove up to Canyon. The traffic was stop and go through Hayden Valley. The buffalo calves where out and I think that's why the traffic was bad. On the way back we spotted a bear. I think it was a grizzly, but it was too far off and in the trees to tell or get a picture.

Tuesday - The next morning we headed out. It was an easy 3 mile hike along Delacy Creek down to Shoshone Lake. A lot of people day hike down to the lake from the highway. We then hiked along the lake through the loose sandy gravel along the beach which was tough walking with a pack on! After that the trail headed back into the woods and was up and down the rest of the
way to our camp. We did see some bear scat on the trail now and then, but we didn't see any animals other than squirrels. My feet were sore by the time we made it to the lake.

There was a nice breeze coming off the lake when we got there so the mosquitoes weren't that bad. After a while the Ranger came by and checked our permits. He told us that we should hurry and cook dinner before the wind died and the mosquitoes got bad. Around 8pm the wind
died and the mosquitoes came out. Two of us stayed out, but the guy and his son decided to go to their tent. By 8:30 the mosquitoes were all over us! I have NEVER seen them this bad! Rob said he'd never seen them like this before either. They were hundreds of them all over us.
Luckily we had our head nets on and they couldn't bite through our mutiple layers of clothes. Around 10pm it had cooled down enough that a lot of the mosquitoes started going away. We waited until 10:30pm before trying to get in our tents as we didn't want a swarm of mosquitoes
following us in!

Wednesday - We tried fishing early the next morning, but the lake is too shallow near the shore. You really need a boat to fish it. Later that day we hiked to the head of the lake where Shoshone Creek dumps in and the Shoshone geyser basin is (4 miles). The gyser basin was the best part of the whole trip. The trail weaves around to all the gysers/thermal pools. There is no board walk, rails, or signs. You can walk wherver you want. We walked up close to some, taking care to stay off areas that could be hollow underneath and could break through.

That evening we decided that we would head back the next day instead of going to our next campsite because the mosquitoes were so bad and we figured they'd be just as bad or worse on the firehole river. Plus my feet were sore from the day hike. My 4 year old hiking boots were too worn out to use on backpacking trips anymore.

Later that night Rob and I tried fishing some more, but didn't have any luck. The mosquitoes were bad again that evening, but nothing like the evening before.

Thursday - The next morning we got the guy and his boy packed up and sent then out ahead of us. We then packed our stuff and cleaned up camp. We stopped at the edge of the lake where Delacy creek dumps in for a break. I had put mole skin on my feet before leaving camp because of the sores my boots were causing. When I took my boots off I found that I had blisters. I patched my feet up some more and we had lunch. After lunch, we headed back up Delacy creek to the highway where I'd left my car. On the way up we saw were a bear had ripped the bark off of some pine trees. You could see where his claws had scrapped the tree. It was pretty cool!

After getting to the car we drove over to Grants Village. Took a much needed shower and put on fresh clean clothes and drove home! We got home about 10:30pm Thursday. We were suppose to get home on Saturday, but I wasn't sad. I won't go back to Shoshone Lake unless I take a canoe and I damn sure ain't going in July! 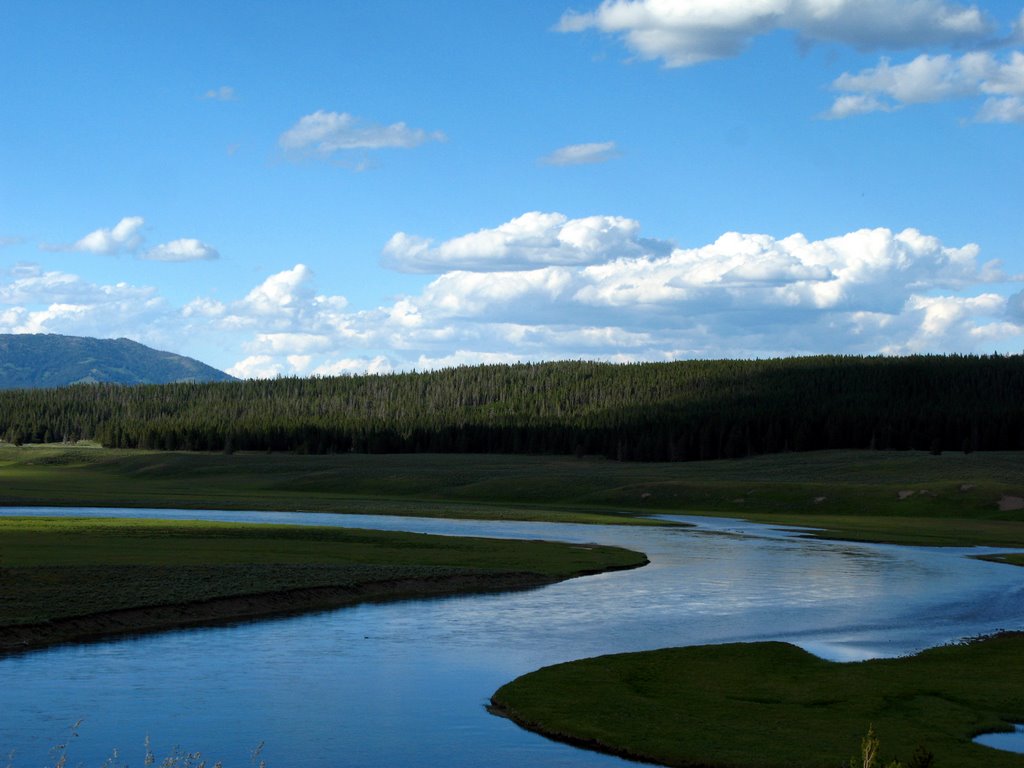 Hayden Valley Buffalo - The light brown ones are the calves! 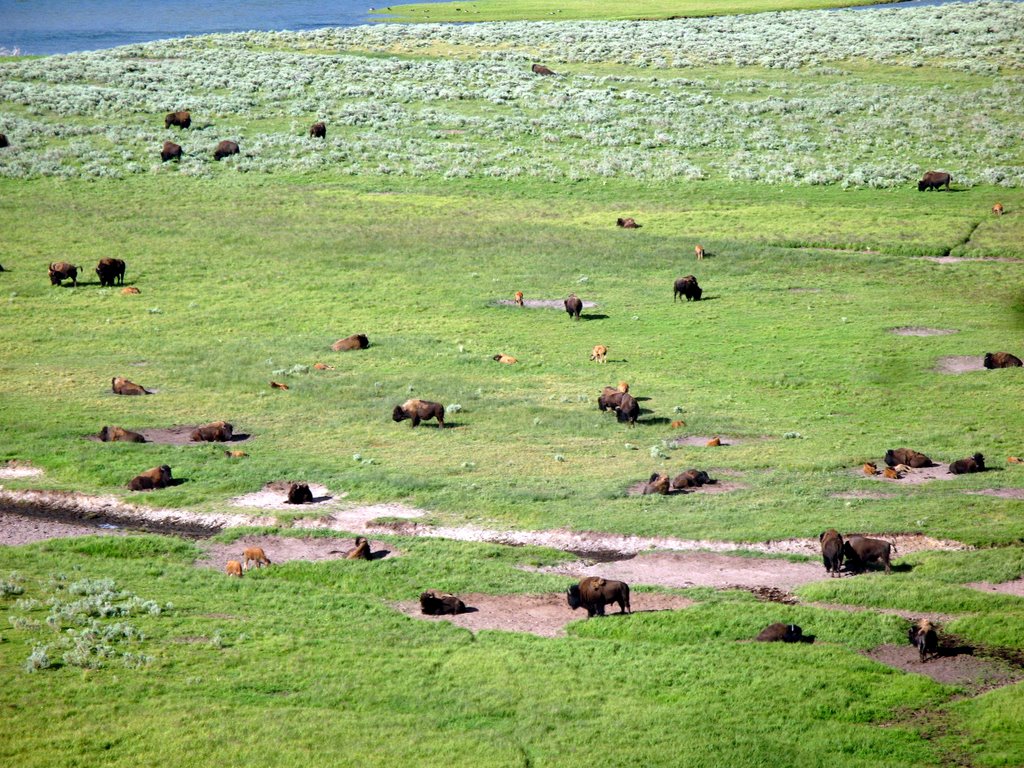 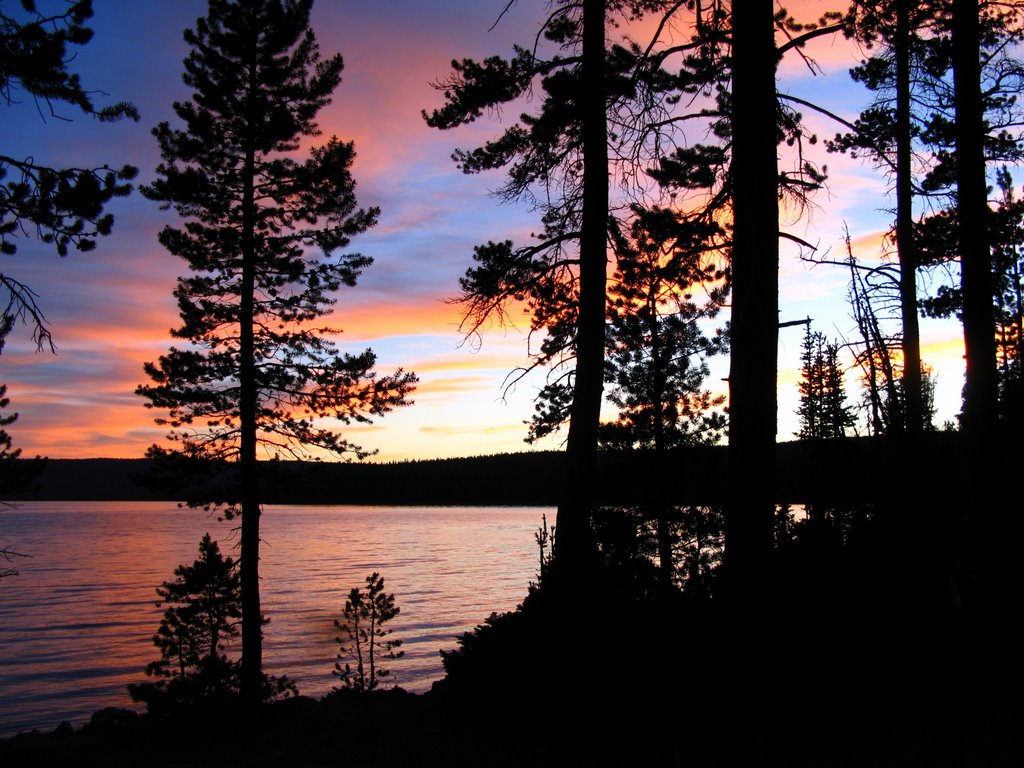 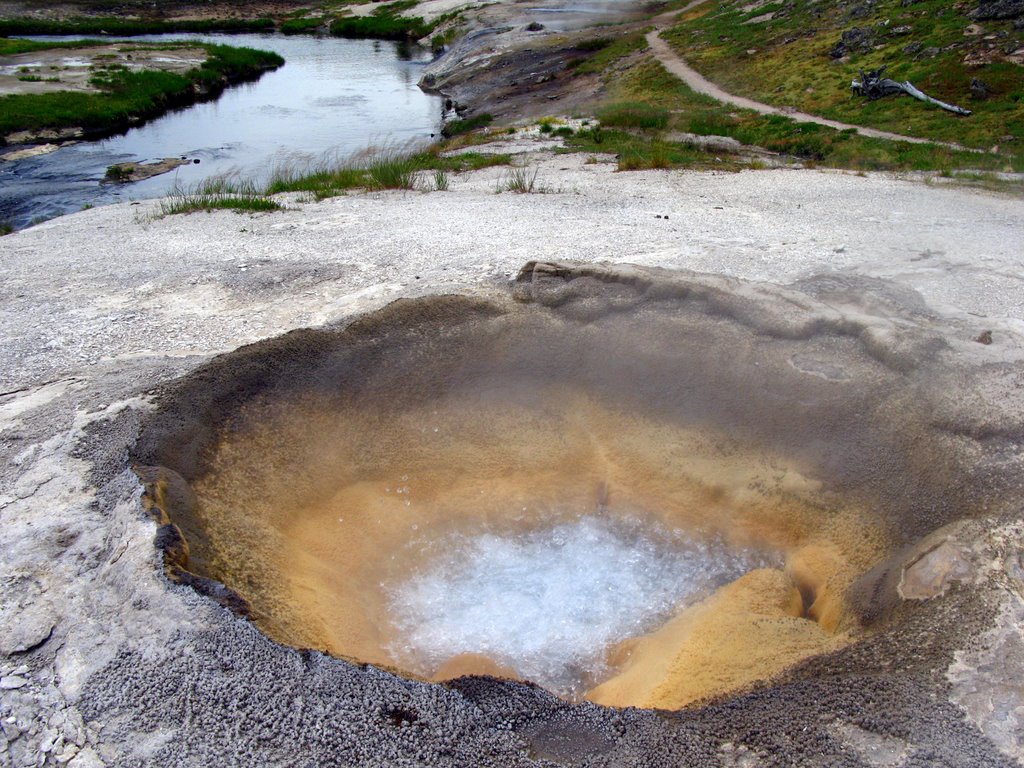 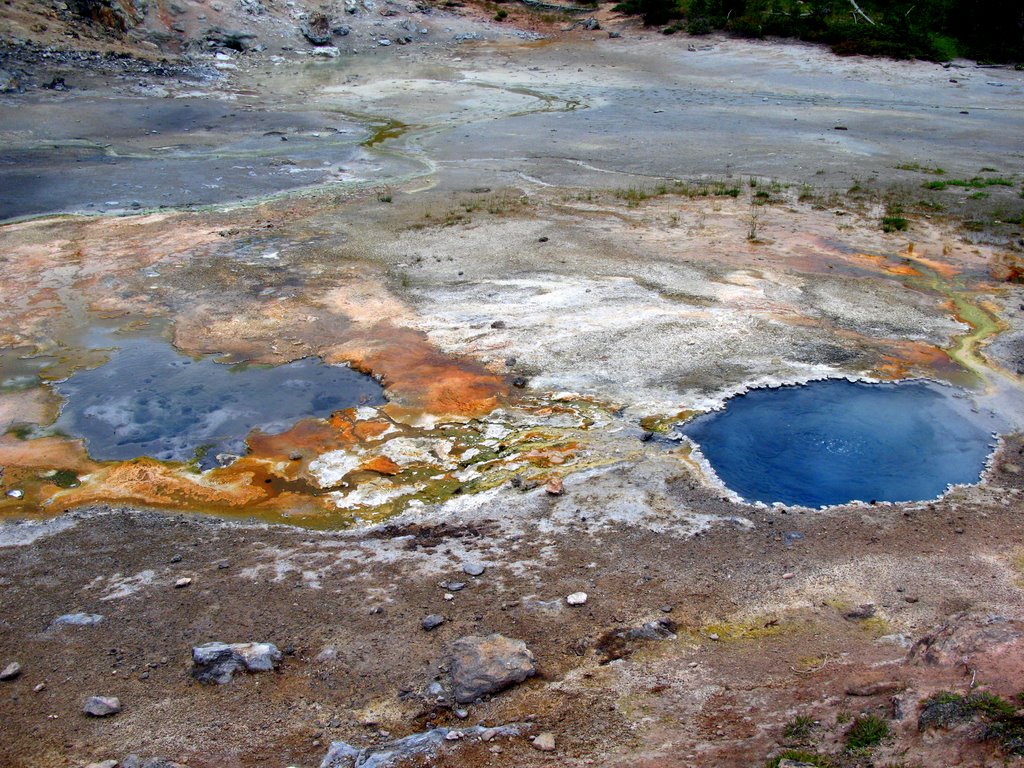 Sounds like a rough trip but at least you got some nice shots out of it!

Has anyone ever read the death in yellowstone book? Ill never look at Shoshone Lake/Hot Springs the same!

Seldom Seen Anderson said:
Has anyone ever read the death in yellowstone book? Ill never look at Shoshone Lake/Hot Springs the same!
Click to expand...

It was good...really shows how many ways you can die in Yellowstone!

Is this the book?

I read that book before our trip to Yellowstone. I was thinking about that poor skier while reading this post, too. It definitely gives you a healthy respect for the heat of the geysers and hot springs.
http://www.lisakellyphotos.com/

ibenick said:
Is this the book?

Yep, there is a Grand Canyon one as well that is a fun/crazy/morbid/scary read as well! I think it is called "Over the Rim: Death at Grand Canyon."

Seldom Seen Anderson said:
Yep, there is a Grand Canyon one as well that is a fun/crazy/morbid/scary read as well! I think it is called "Over the Rim: Death at Grand Canyon."
Click to expand...

There was a guy about 3 years ago that jumped into the river just above Yellowstone Falls and went over. I only read news of them finding his clothes though and never his body.
Those who suffer huge personal blows can either give up or learn and prosper from said blows.
-Donnie-
You must log in or register to reply here.