I don't want to overwhelm with way too many pictures in one trip report, so I'm breaking out my Yellowstone trip into three seperate posts, one for each day in the park. And of course the first part of this trip was spent in Grand Teton. See all of the trip reports at the links below:

After leaving Grand Teton, we continued north into Yellowstone. It was interesting to see the landscape change from the dramatic views of the Tetons to the relatively mellow and dare I say, boring landscape in Yellowstone. Now don't get me wrong, I'm not saying Yellowstone was boring. But as far as landscapes go, it's kinda bland until you get into the geyser basins and some of the other areas of the park. The approach was largely spent winding through pine forests without much of a view. I feel like such a snob saying that!

We decided to head for the Old Faithful area first and search for wildlife along the way. We didn't see anything too special but we did run into a couple of mule deer that weren't the least bit shy. They were busy eating all the grass they could while it's still free from the impending winter snow. 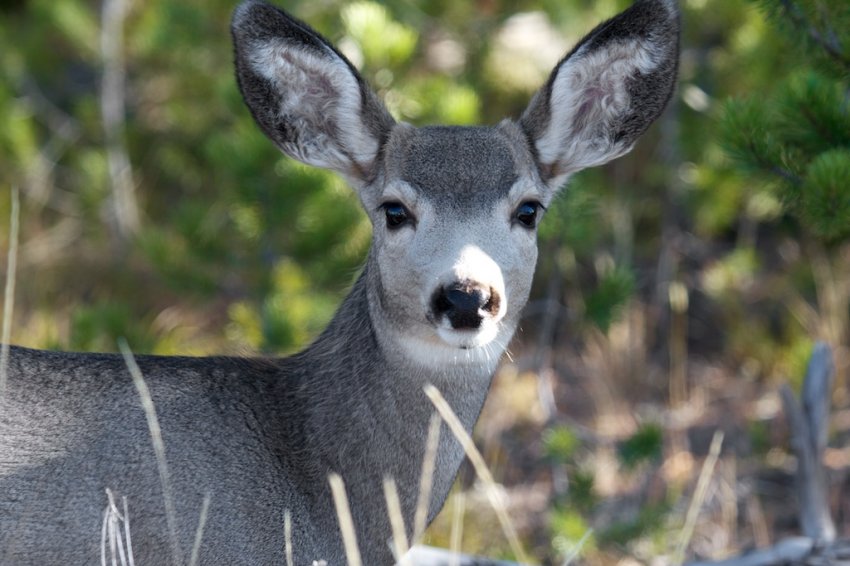 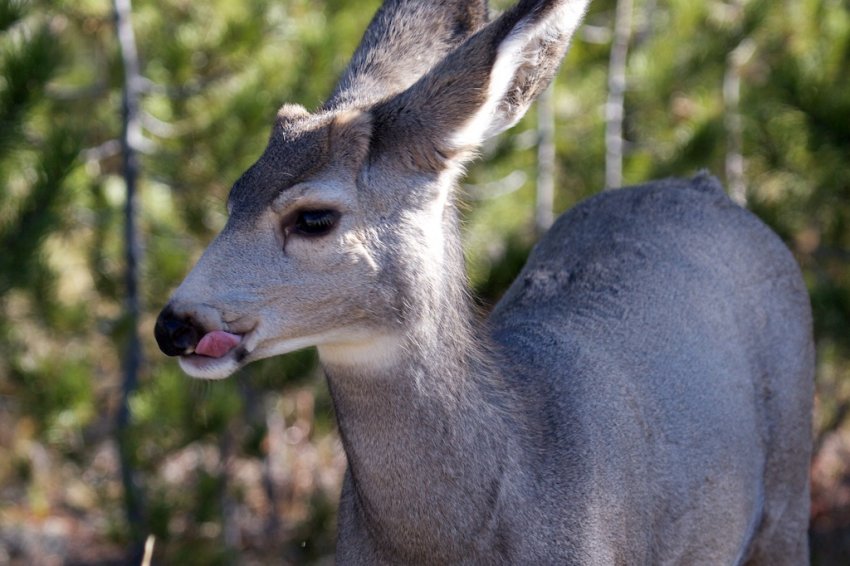 We stopped briefly and took a quick shot of Lewis Falls from the bridge. 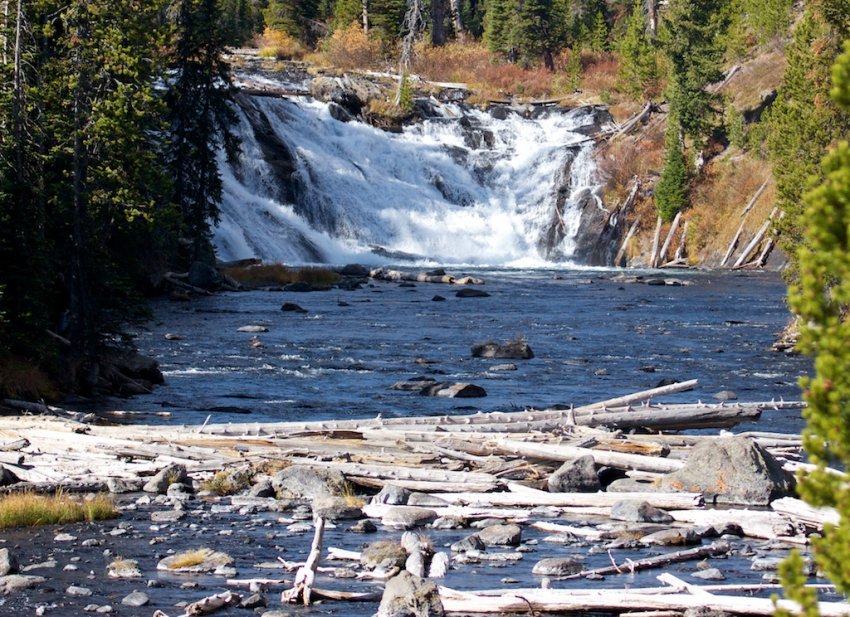 From there we continued on to Upper Geyser Basin and decided to go check out Old Faithful. It's kind of the epitome of the touristy madness that I would typically want to avoid at all costs, but neither of us had seen it (at least that we could remember), so we went for it.

We were a little early for the next predicted eruption so we stopped in at the Old Faithful Inn for lunch and then went out to catch the show. The parking lots were practically empty but there was still a decent crowd out there. 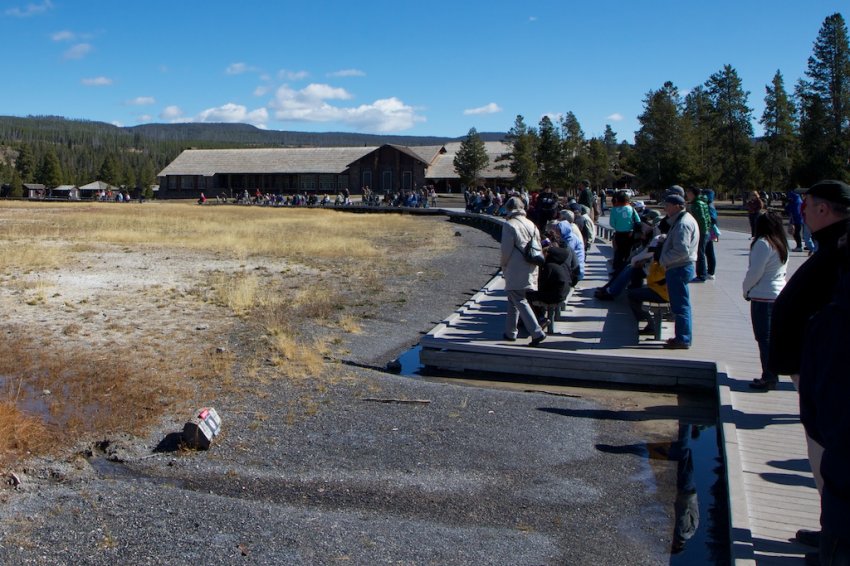 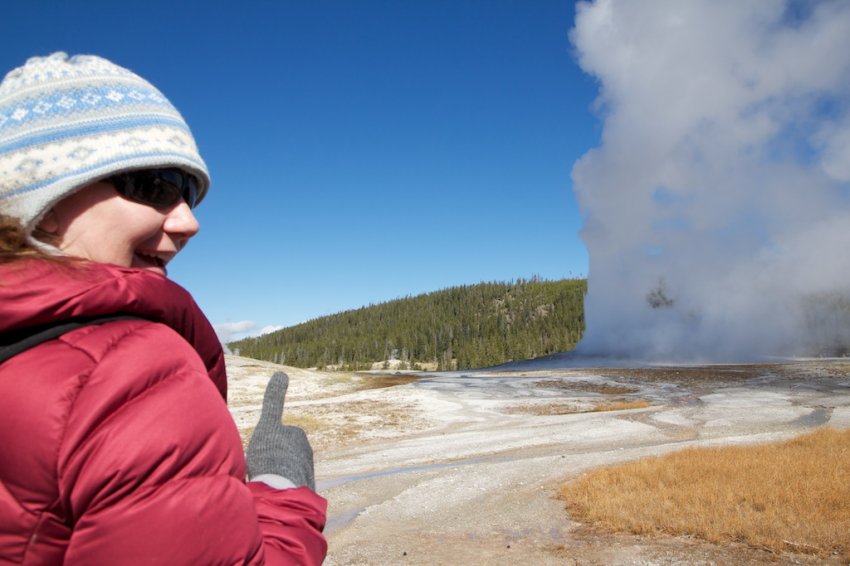 It was a very cold and breezy day and we didn't really have anything in particular on the agenda, so we went down the road and checked out Black Sand Basin. I liked this much better than our stop at Old Faithful. 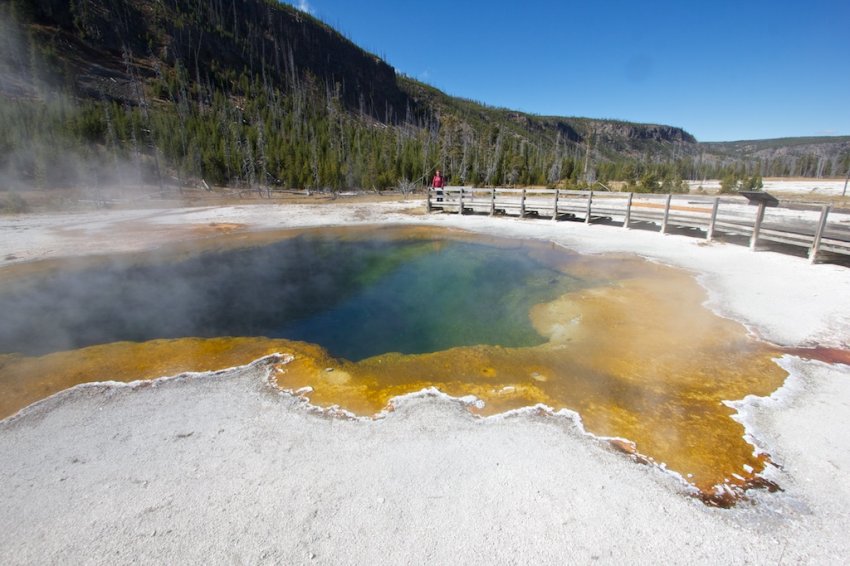 Amazing formations around the geysers and hot springs. 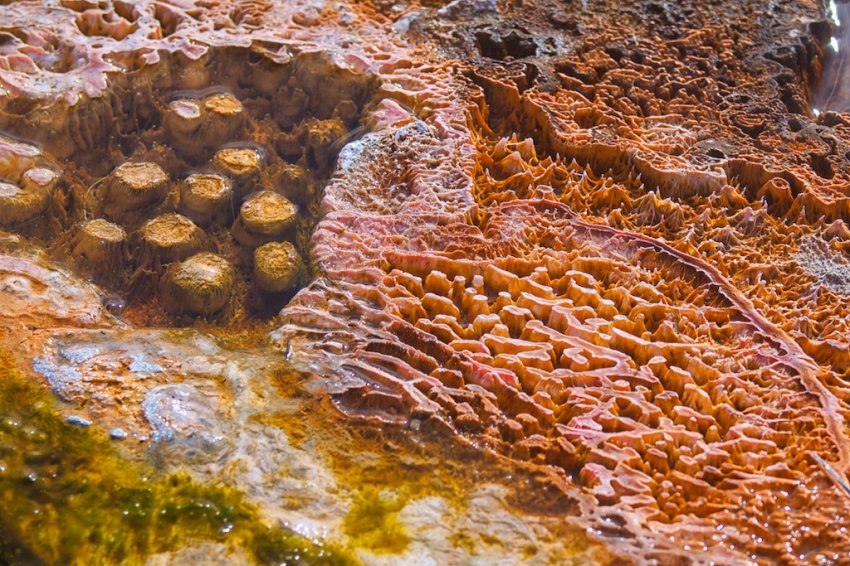 The thermal features were extra-steamy thanks to the cold temperatures. I thought it was very cool how the steam directly above the pools often took on the color of the pool. 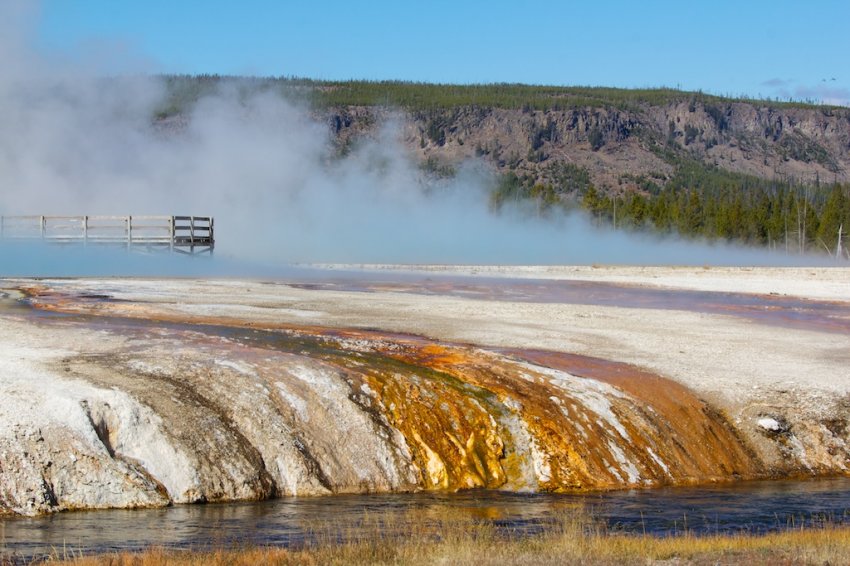 After the Black Sand Basin hike, we drove the Firehole Lake loop and drove around and got the feel of the area. We found buffalo, which at first was amazing until I figured out they are all over the place and not really worth stopping to take a photo of at every opportunity. By the 2nd and 3rd day, it became easy to see who was in the park for their first time. Haha! 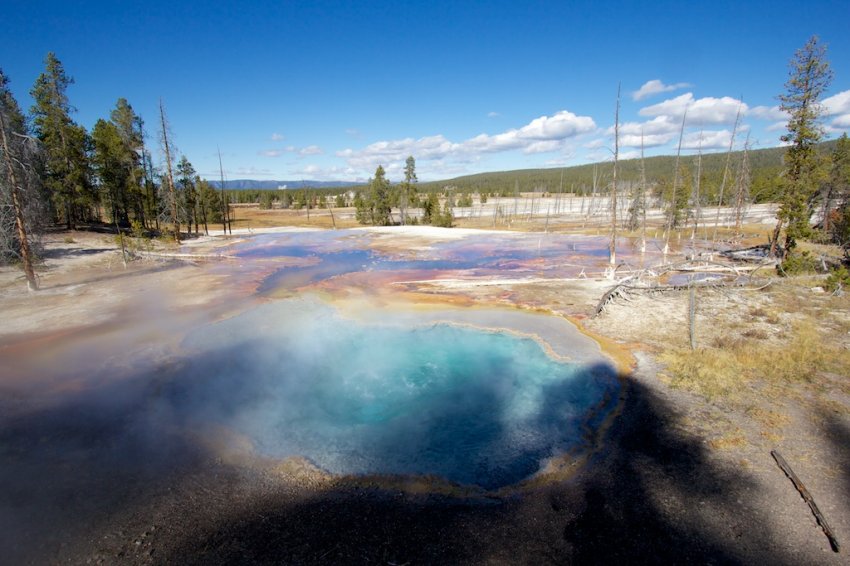 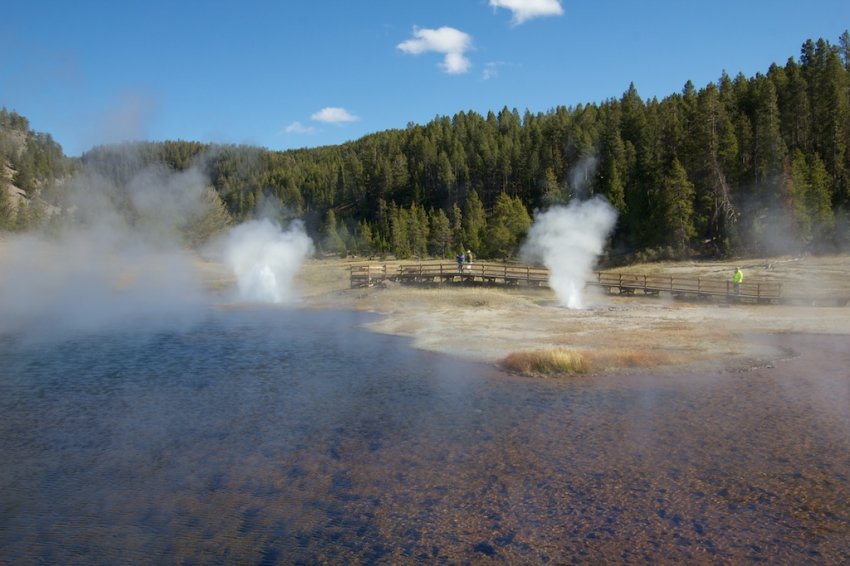 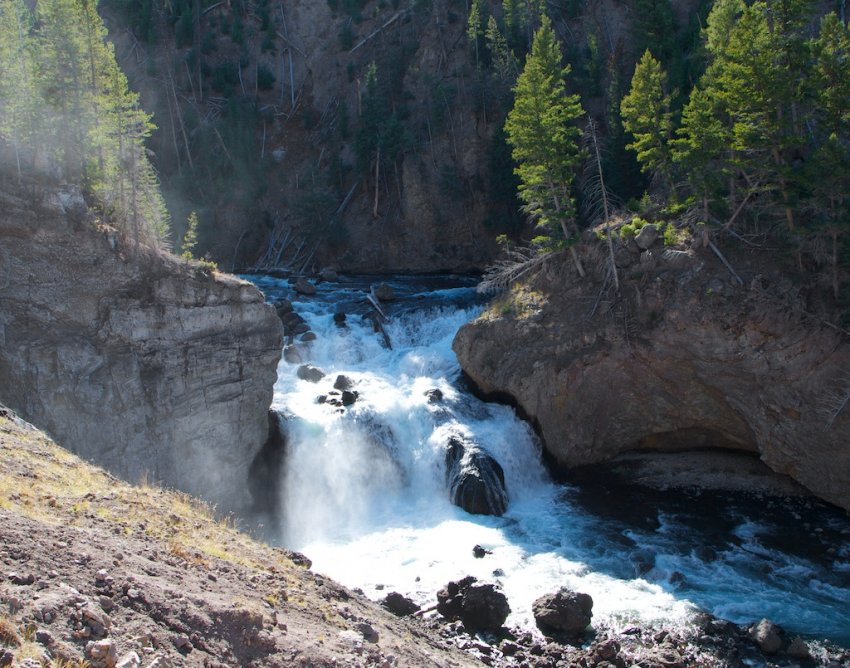 I was really tired from the early morning wake up call and a late night before, so we decided to head into West Yellowstone and check-in to our hotel. Along the Madison River, we saw our first Elk. It was a spike bull with a small harem of cows. One of the cows had a radio collar on which I thought was interesting. 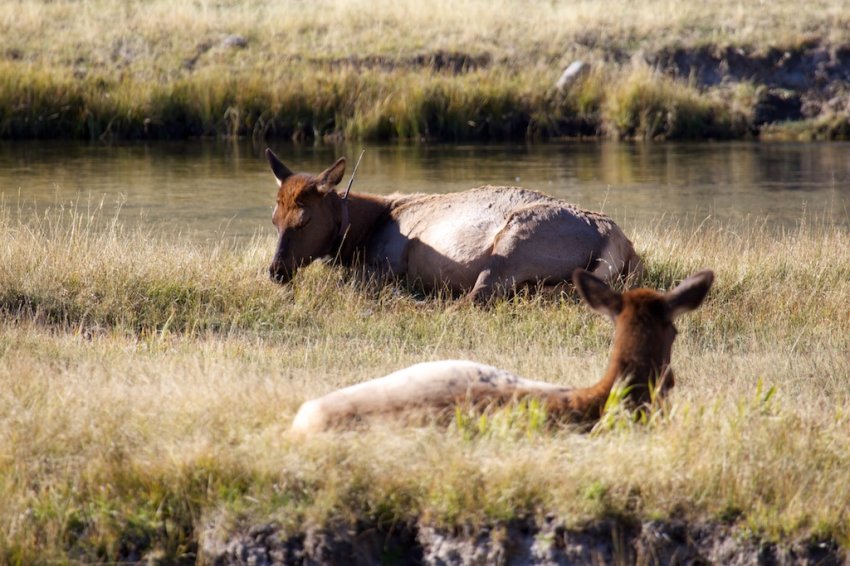 We rested up for a while at the hotel and headed back into the park to catch the evening light and hopefully some wildlife. We saw plenty of elk but no bulls. This one looks almost fake! 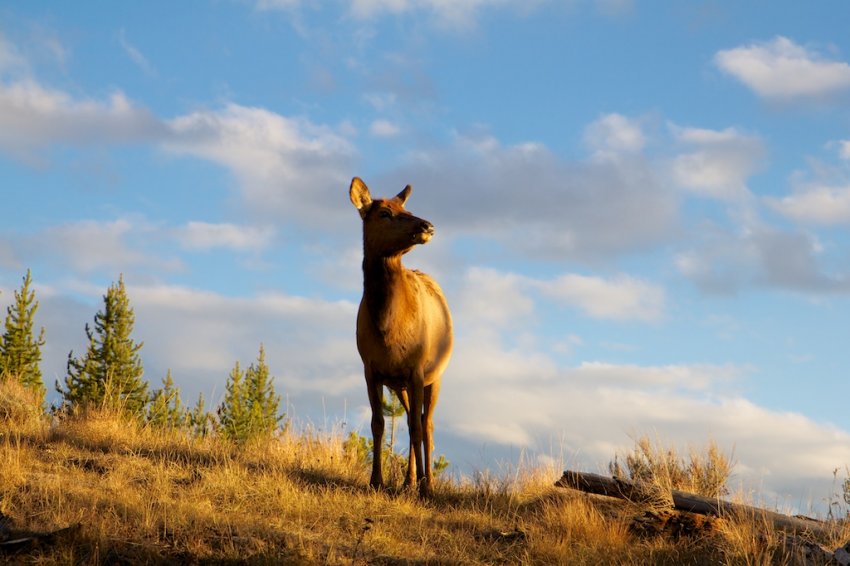 And the buffalo, of course. I know they're pretty much like cows, but they're still pretty amazing to me. 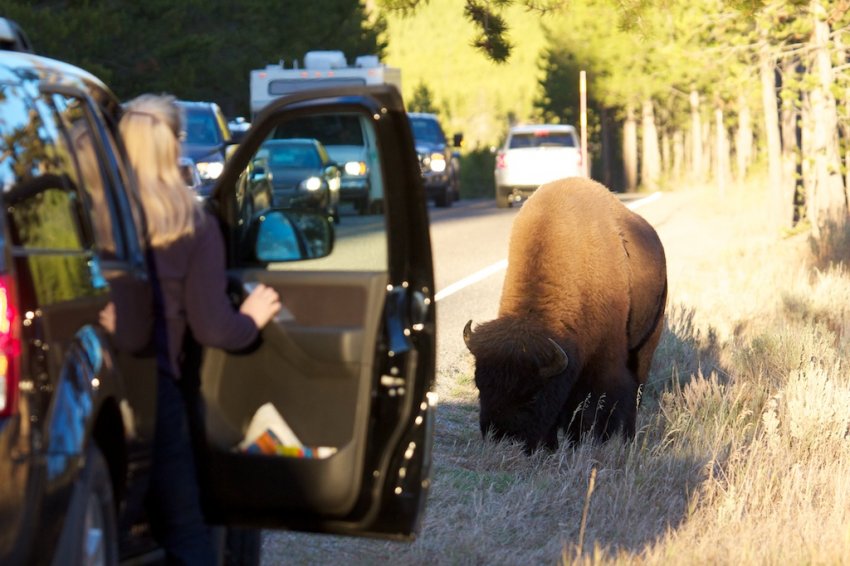 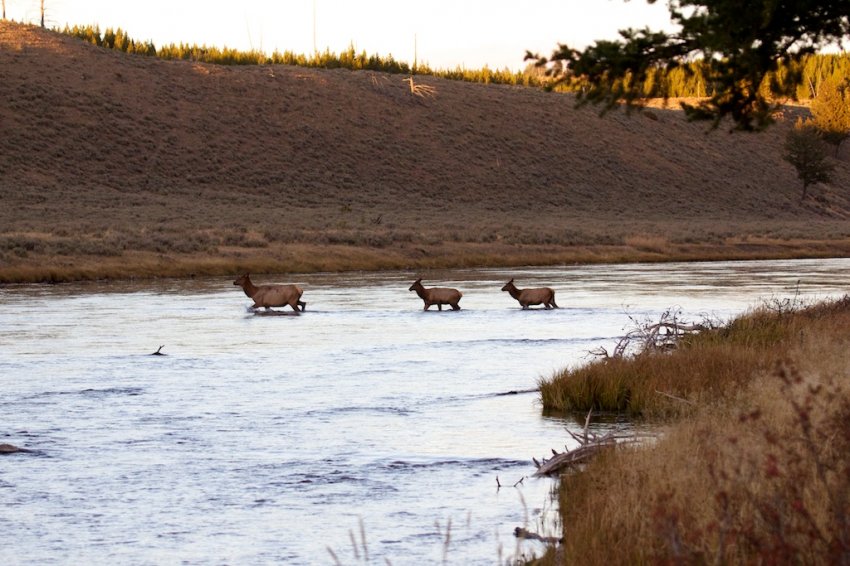 One of the spikes we saw over and over again during the trip. I didn't see any of the big bucks that wes242 had seen just a couple days earlier. 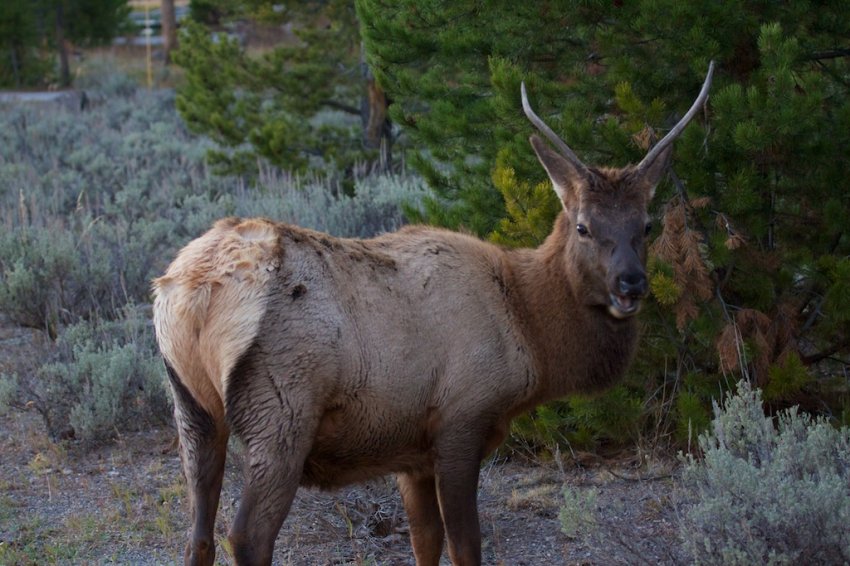 After all the eye candy of the day, we were treated to a nice sunset. 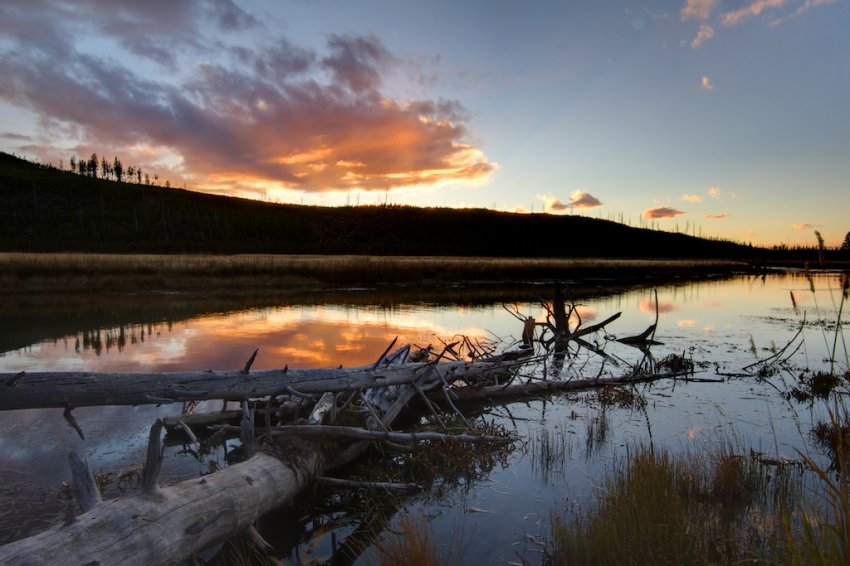 All trip reports in this series:

I am looking forward to the rest of this report! Nice way to capture that sunset and the thermal features Nick.
Those who suffer huge personal blows can either give up or learn and prosper from said blows.
-Donnie-

nick said:
The approach was largely spent winding through pine forests without much of a view.
Click to expand...

LOL! This made me laugh! You should have seen it prior to 1988. It was SOLID PINES the whole way through (well nearly). The fire of '88 opened up a lot more so you could actually see things. IMO, it's much much better now... I'm dreading the day all those new trees block the views...

wonderful!!
I want to go back to Yellowstone one day.
But I'm amazed that there are still so many people.
The thermal pattern looks simply awesome, I've never seen anything like this before or I just didn't find that particular one when I was there.
And I also can't wait for the rest of your report, too.
http://yvonnebaurphoto.smugmug.com/

Fun stuff! I'll have to make a late season trip up there sometime. It looks a lot less crowded at Old Faithful than when we were there, if you can imagine that.
http://www.lisakellyphotos.com/
You must log in or register to reply here.
Similar threads