It's taken me a while to get to part 4 probably because it's a wee bit anticlimatic after achieving my goals for the trip. However, just as hiking out of a beautiful area must be done as part of a great backpacking trip so must completing the trip report. Friday morning the plan was to spend time at Island Lake take in its beauty and do some fishing. Then we would make our way to either Barbara Lake or Eklund lake thus leaving only a short 5.5 mile hike out for Saturday. We awoke to beautiful views but the clouds were moving in quickly. We wanted to get things dried out from the night before so we could get on the trail before the rain hit us. Thus we had to break camp earlier than planned. It was sad to leave beautiful Island lake with no time for exploration or fishing but nevertheless there are always many more adventures on the horizon.

One last pose in front of beautiful Island Lake. 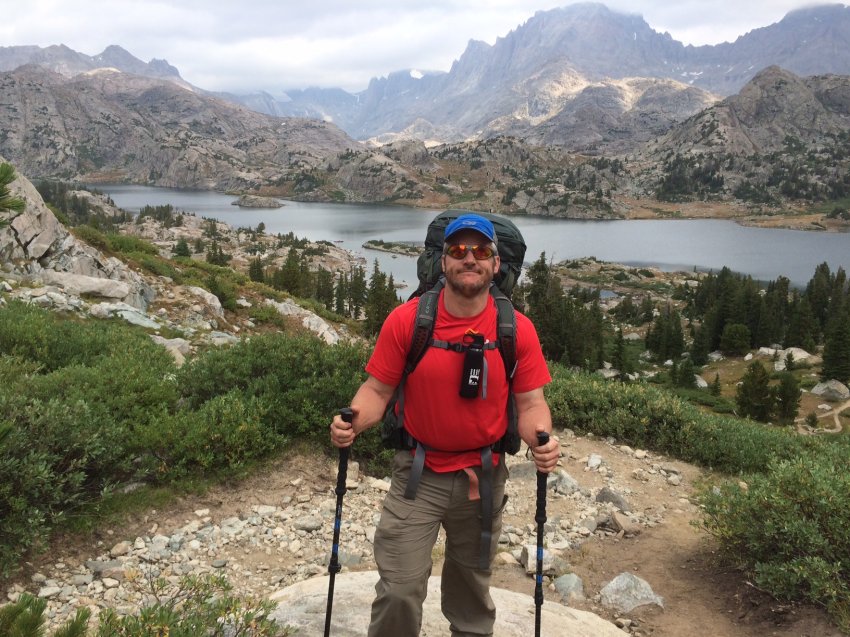 As we started hiking we donned our rain suits and the rain hit us pretty hard most of the way out. By the time we got to Barbara lake the sun was shining and the sky was blue. It turned out to be a beautiful day. 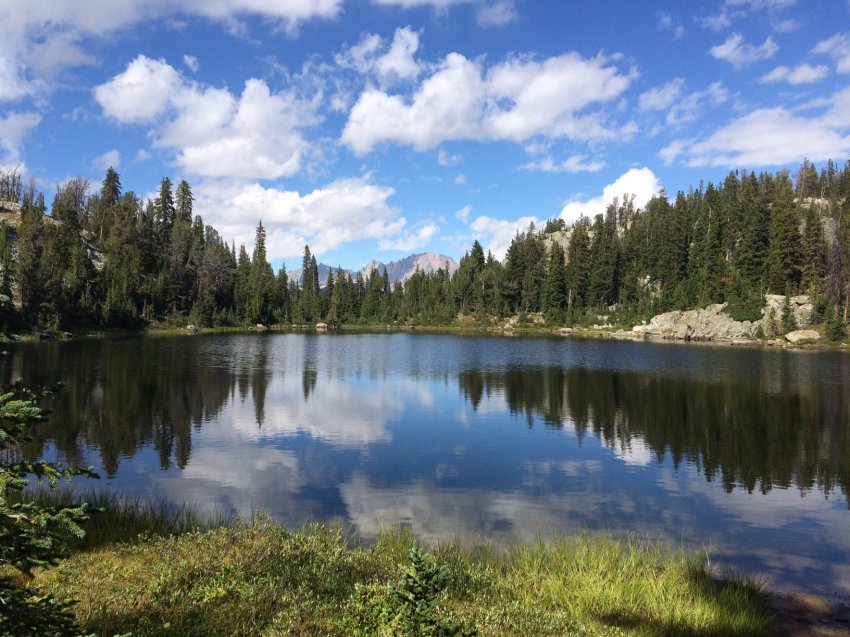 In hindsight I should have stopped at Barbara Lake to do some fishing. It was the only lake we passed on the way out that had fish jumping. I had however read there were good campsites around Eklund and since we could see Barbara from the trail we decided to try somewhere new. On the way we talked to a very nice guy who was backpacking with his grandfather. They had hiked up to the twin lakes glacier around summer ice lake. They showed us pictures of their adventures around the glacier which were spectacular. They also climbed Bonnie pass which inspires me to get back up to this area again.
Eklund had lots of good campsites but since it is closer to the trailhead also had more people. There were a could of large noisy groups camping here. My buddy liked this area the best we were camping back down in the trees and it was more of a traditional campsite. I myself was longing to be near the beautiful peaks. He sat and relaxed in camp while I went to try fishing. Eklund was a beautiful lake but I had no luck fishing. So I decided I better check out the nearby two top and Marys Lakes. All were beautiful but no luck fishing. The views however more than made up for the it. From Eklund to two top lakes there bit of an elevation gain. It was an unexpected surprise to be able to see the beautiful peaks I had just left from the trail between Eklund and two tops. 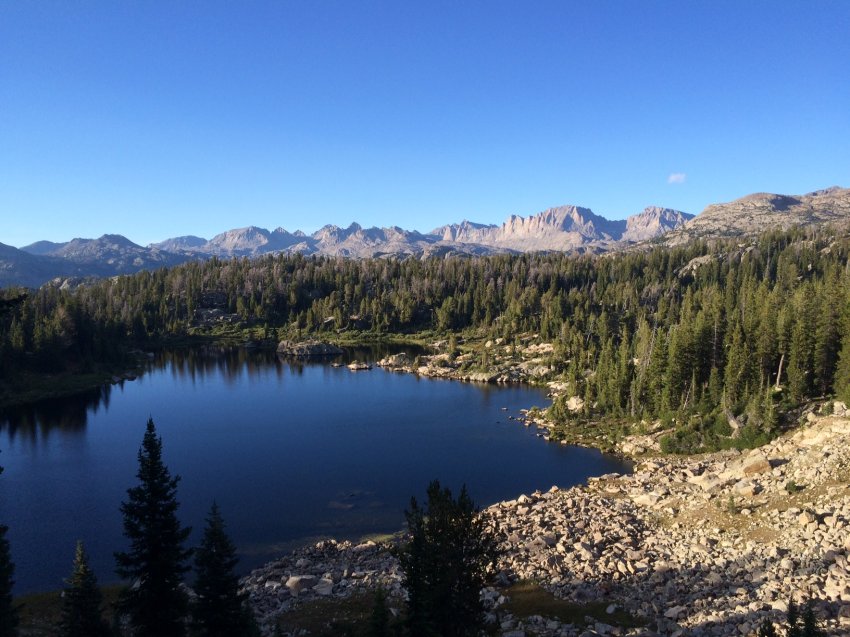 The first of the Two Top Lakes 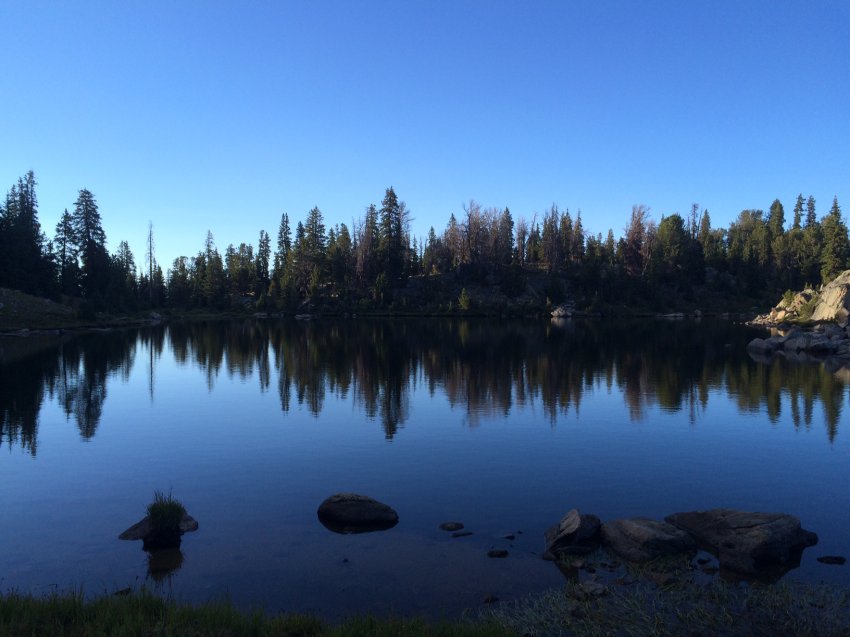 The second of the Two Top lakes 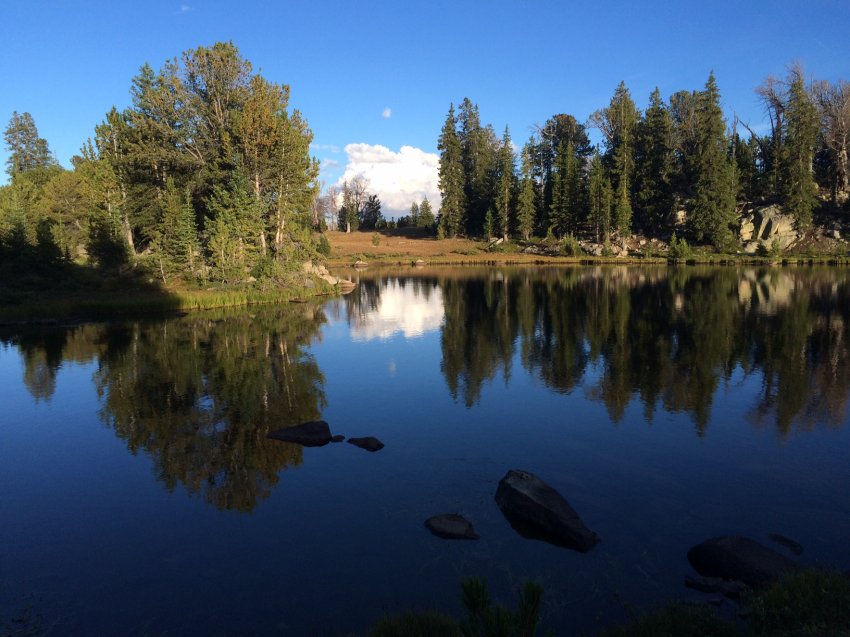 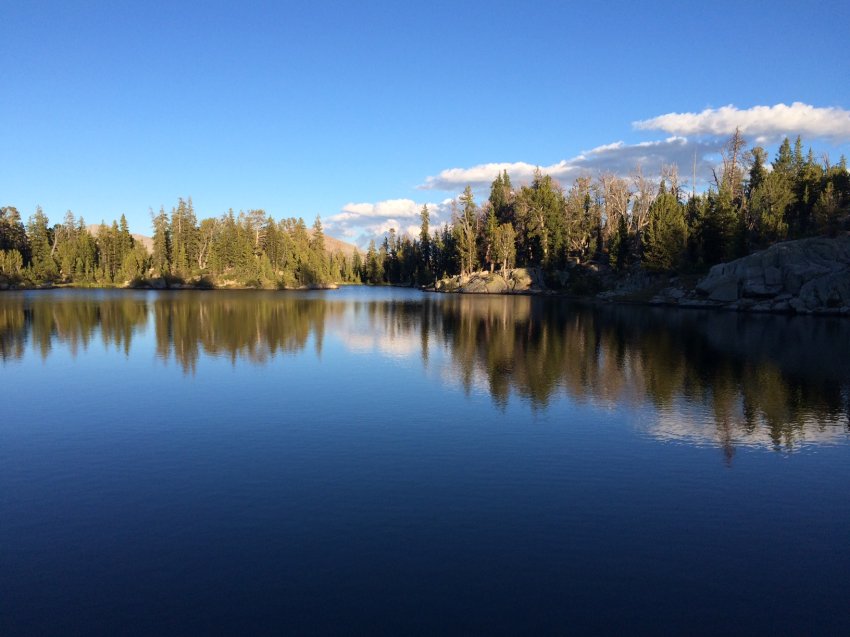 Having had a chance to explore the area and with the fish not cooperating, I decided I would hurry back to watch the sun setting on the beautiful mountain peaks. From high on the two top trail I had a great seat to watch the sunset and the beautiful alpenglow hit the mighty Fremont Peak above Eklund Lake. 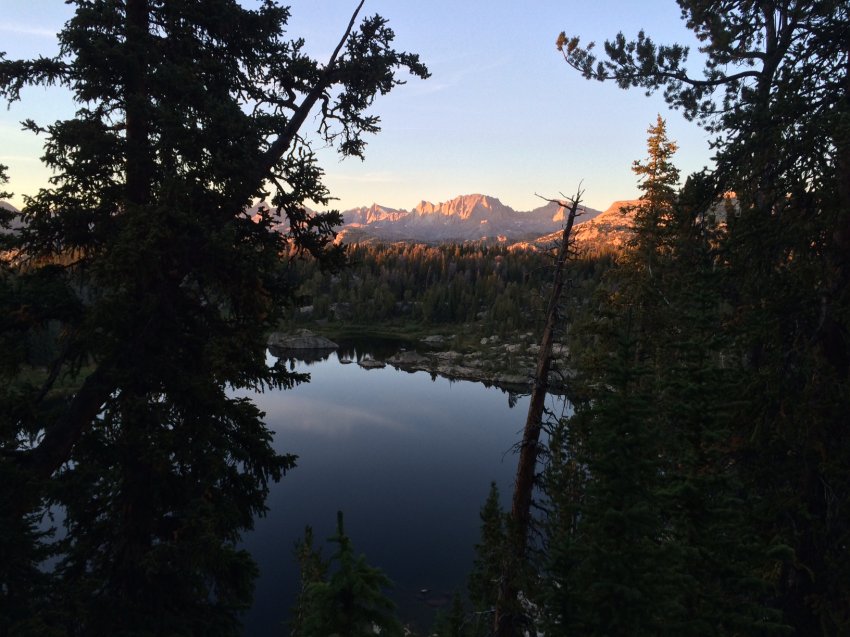 I enjoyed just sitting on the trail reflecting on the trip and watching the sun set for a good 45 minutes. It was a beautiful way to end a great trip. One last look at the beautiful Titcomb Basin and surrounding peaks basking in the setting sun. 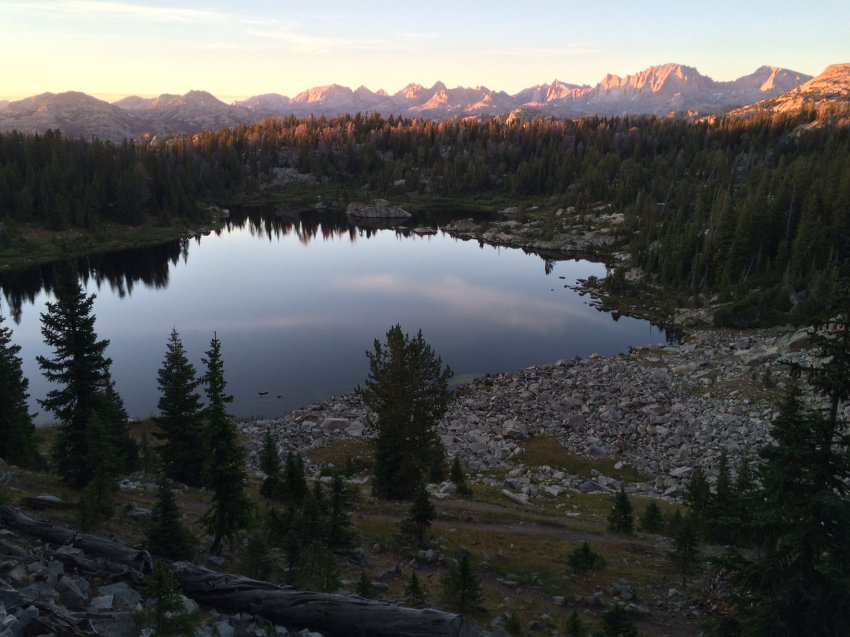 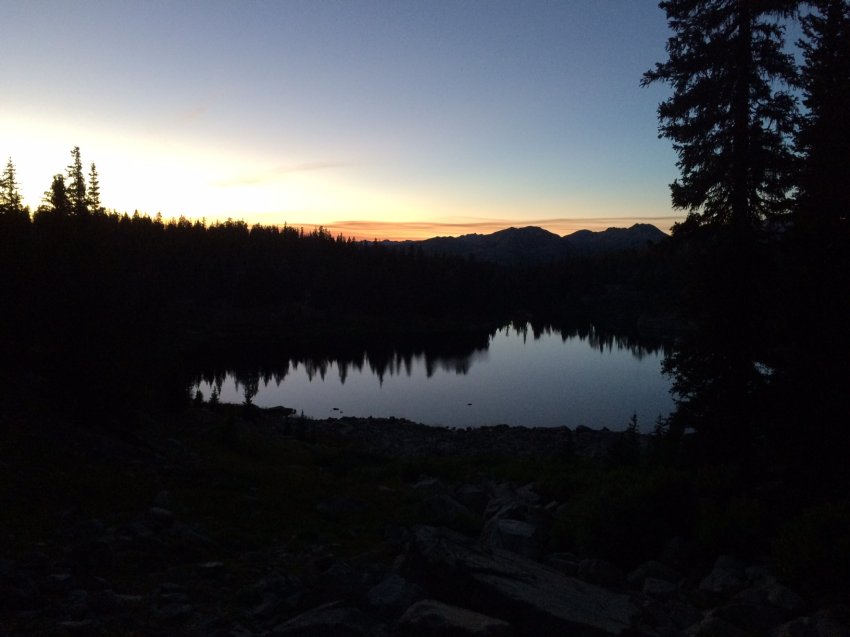 Saturday morning we woke up and only had a short 5.5. miles to hike out to the car. We met lots of nice people on the trail. Upon arriving back in Pinedale I had a delicious chocolate shake, deluxe burger, and onion rings at the Wrangler Cafe. I highly recommend it.

Wow, Beautiful!
You must log in or register to reply here.
Similar threads