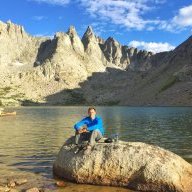 We set out to the Winds last Wednesday after work to the Big Sandy Trailhead. This is a trip that I have been looking forward to all year. It has been about 6 six years since I had been up there and I just could not wait. It was all I was able to think about leading up to it. My work probably took a hit due to the amount of thought I put into this trip. Unfortunately, the trip didn’t end up as I had hoped. (More on that.)

The original plan was to hike from Big Sandy Trailhead and stay at Shadow Lake the first night. Then get up in the morning hike over the pass and down into Lonesome Lake. The first day was an incredible day with beautiful scenery and great weather. The hike to Shadow Lake seemed like it just kept going and going but we finally made it.

I don't know the names of all the peaks, passes, lakes and rivers but here are a few pictures of my trip. I had the intention of taking as many pictures as possible and documenting this trip. I wanted to put together a thorough trip report for you guys to enjoy, but the trip didn't end as I had hoped so I'm not as motivated to write much about it. I hope you enjoy the pictures of our first day. 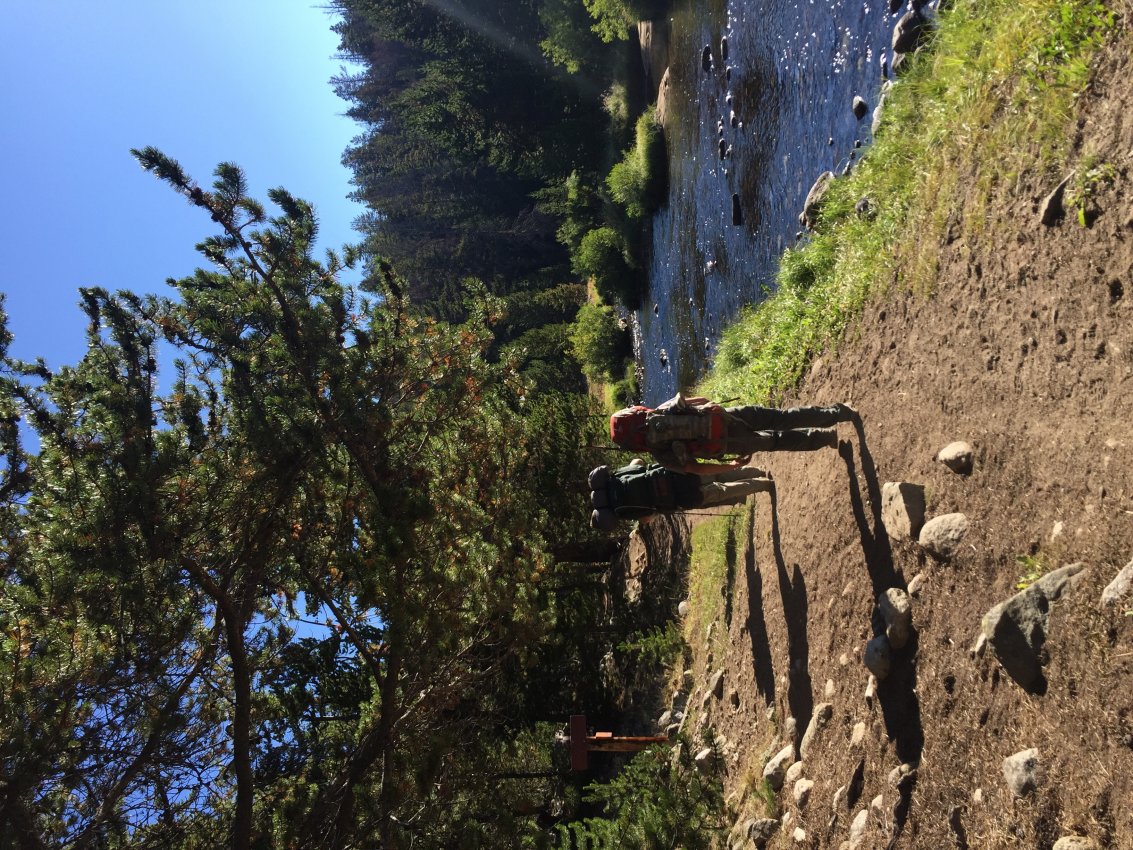 On our way to Dad's Lake. 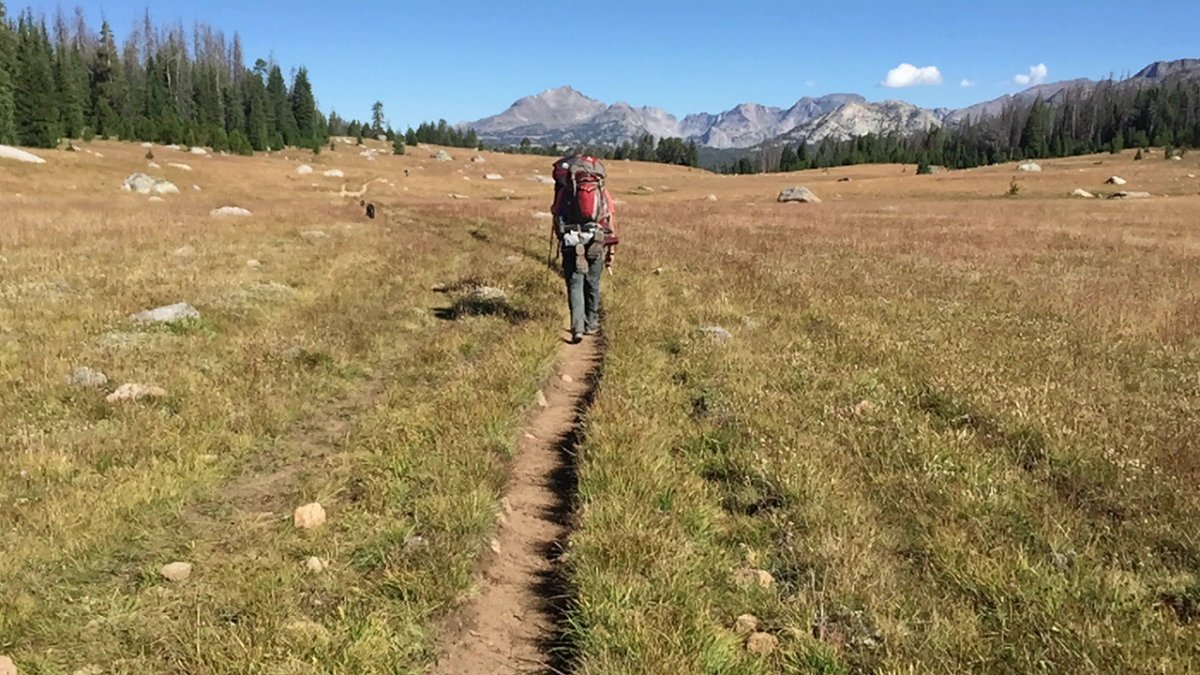 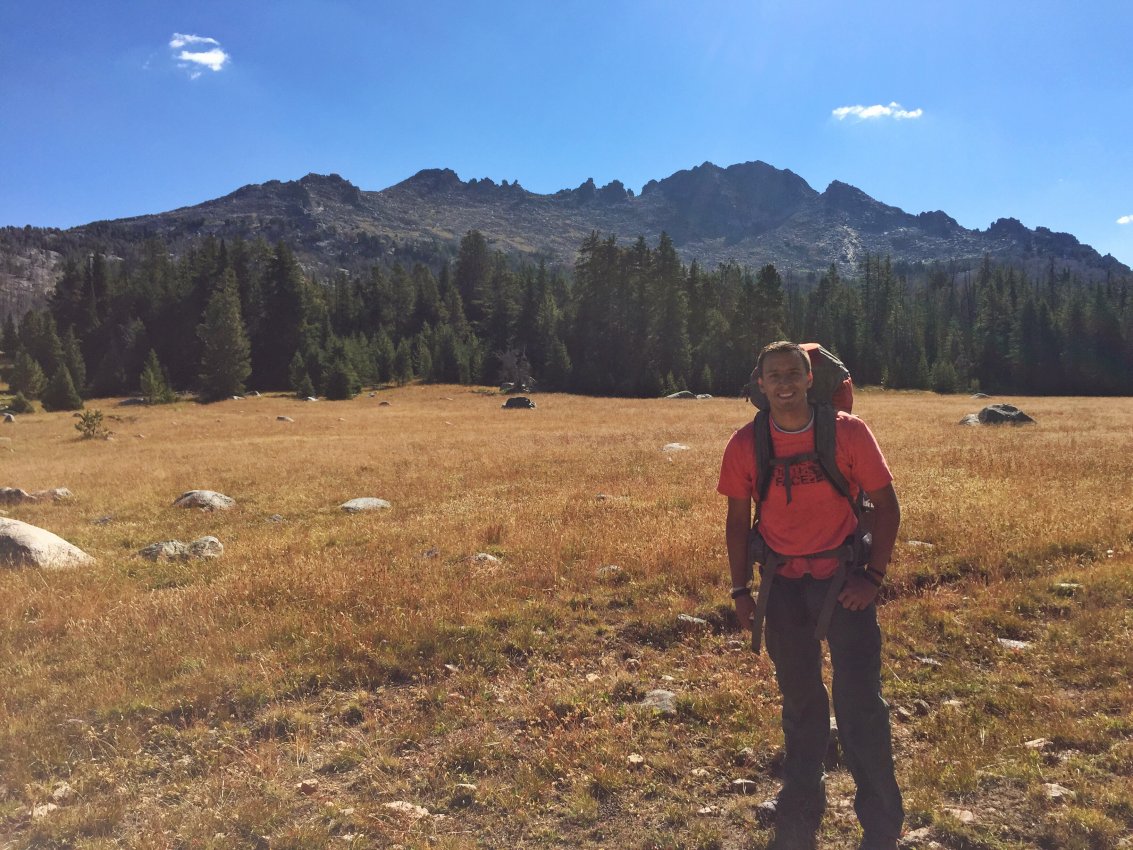 Finally made it to Dad's Lake about six miles in. We stopped here for lunch and did a little fishing. I caught three decent sized fish in about 20 minutes and we decided to get a fire going and cook them up for lunch. Paying $14 a day for an out of state fishing license, I was going to get as much out of it as I could. And there is nothing better than having a fish fry in the winds. 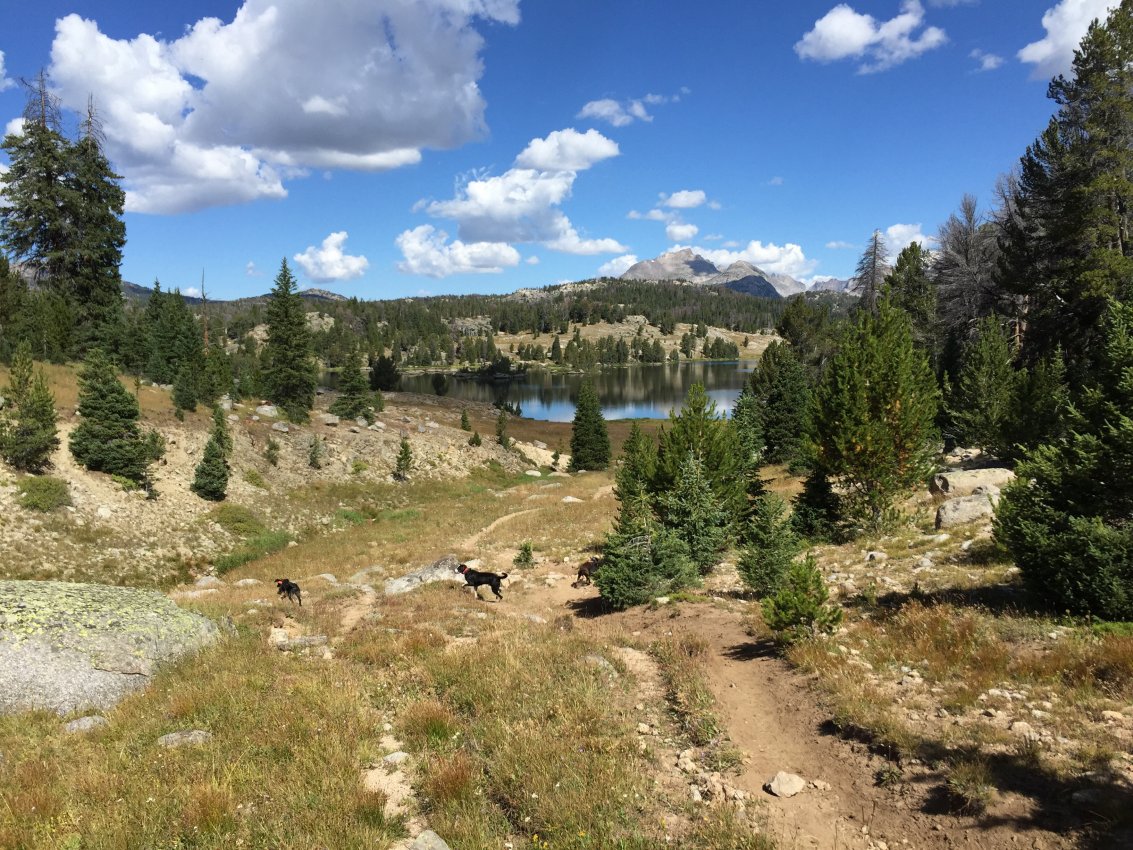 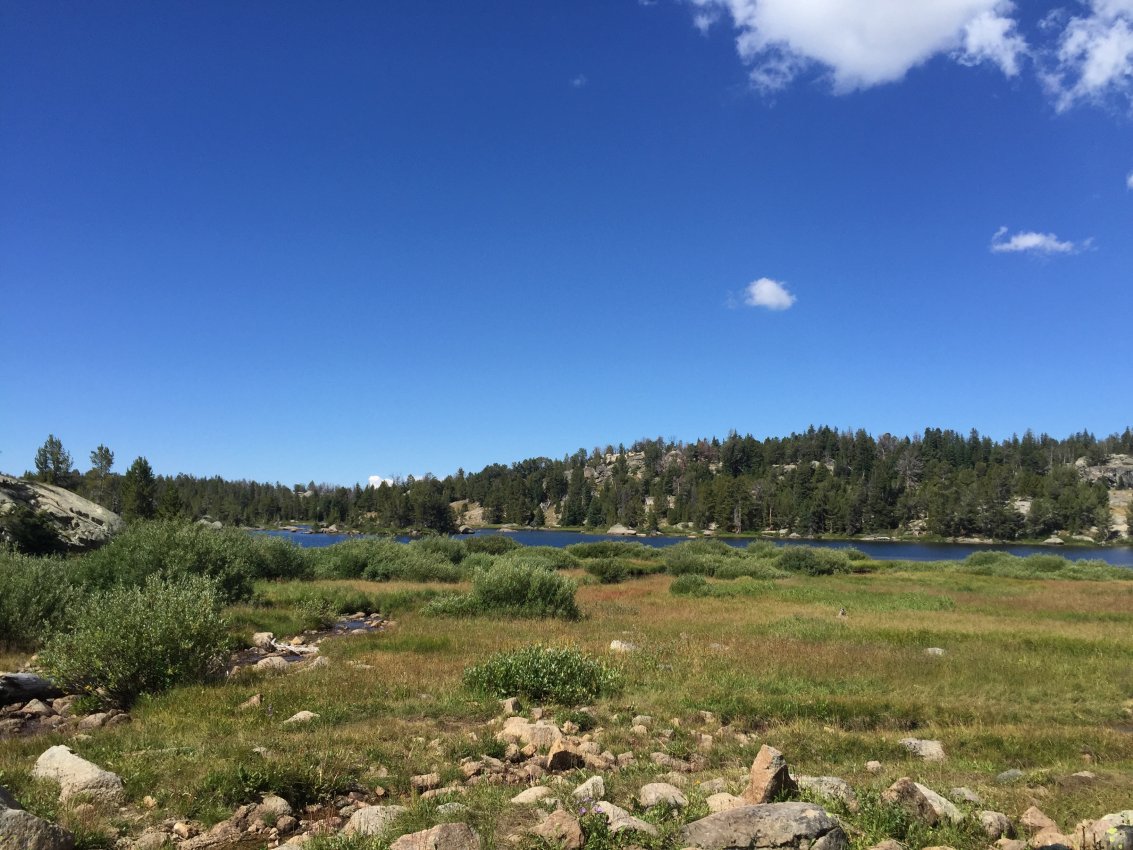 After lunch we continued on and made it to Maurm's Lake.? 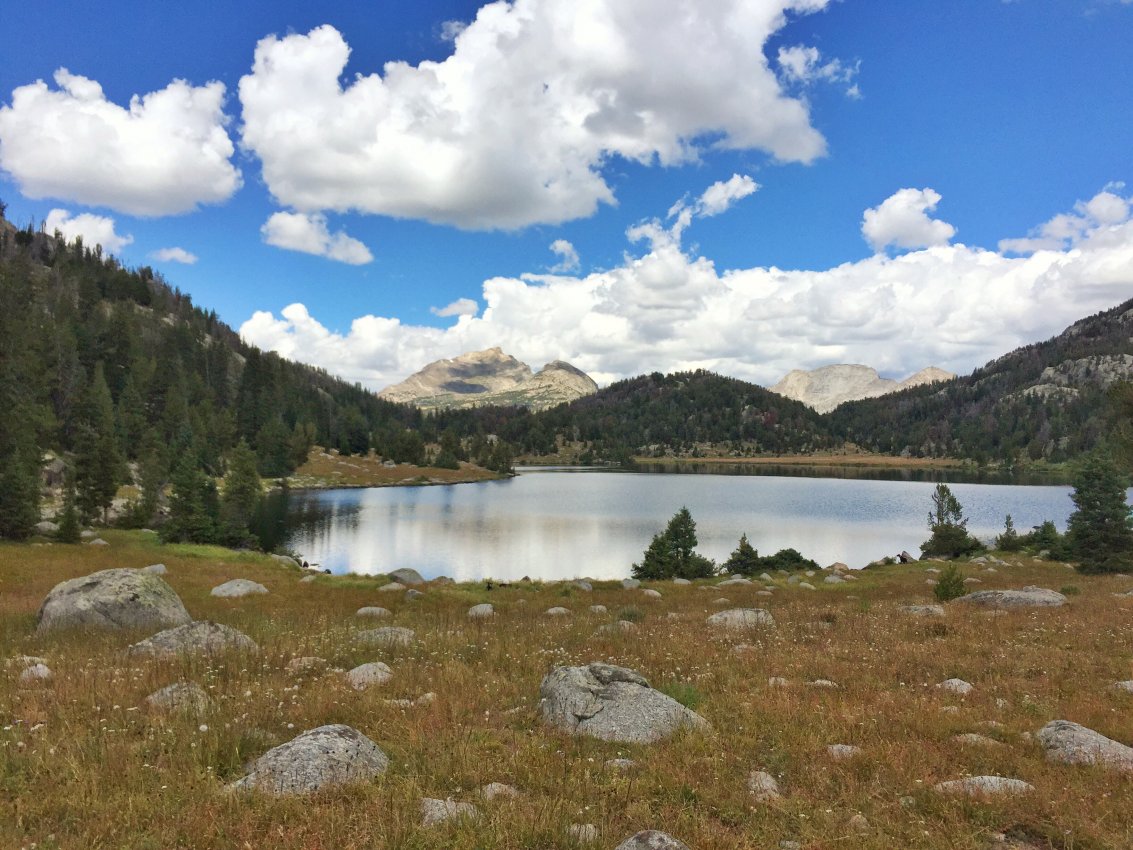 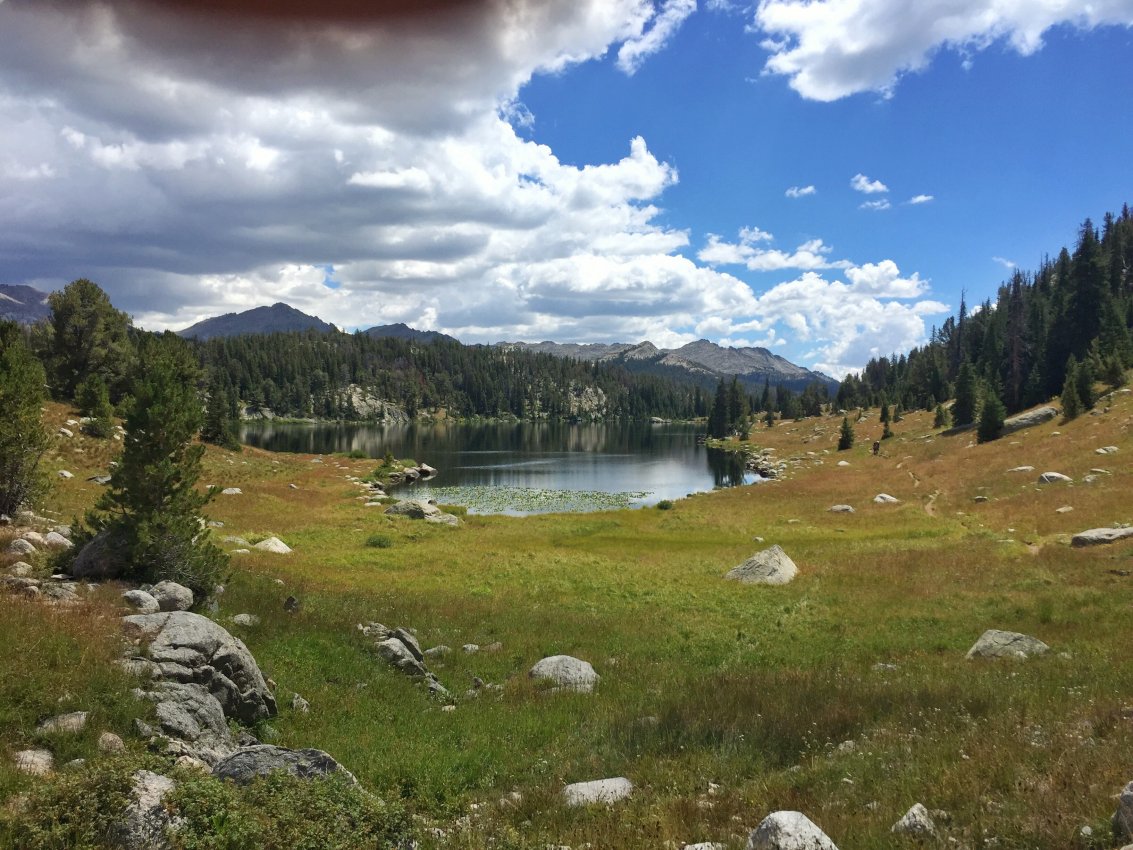 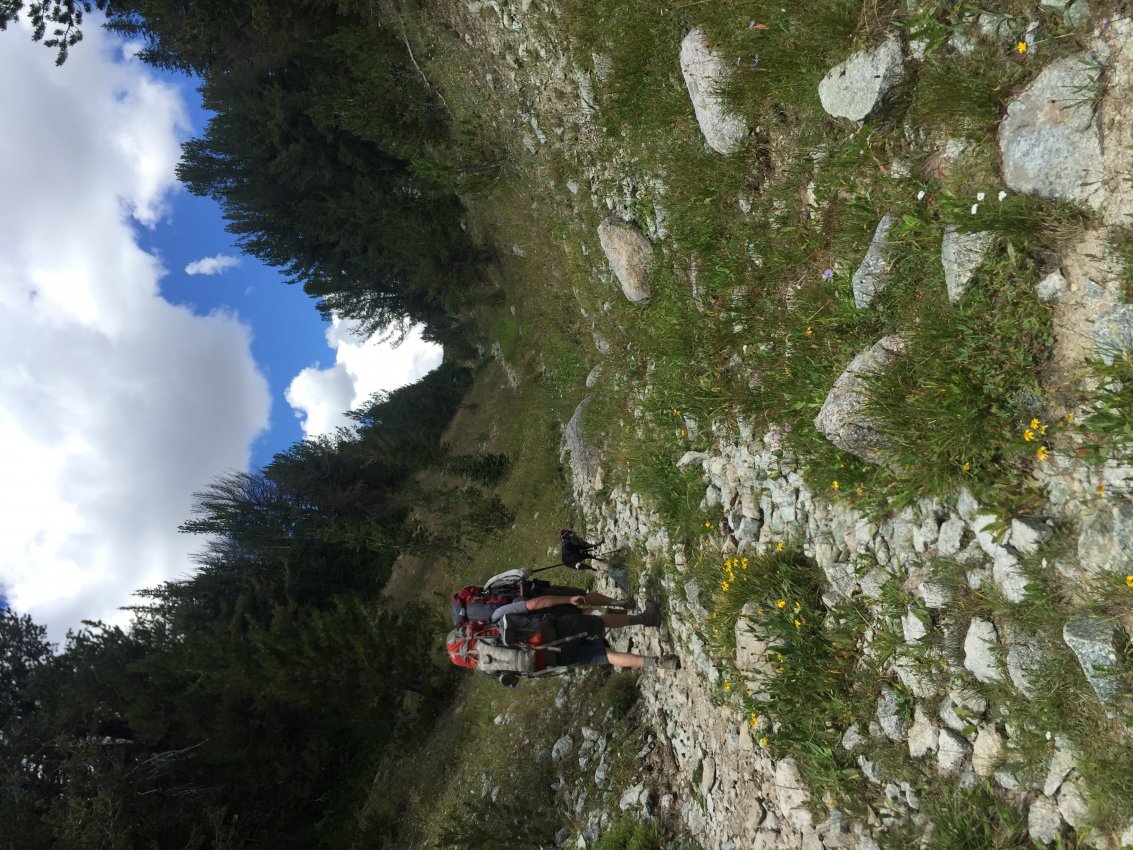 Hiking in the long valley up to Shadow Lake where camp would be for the first night. 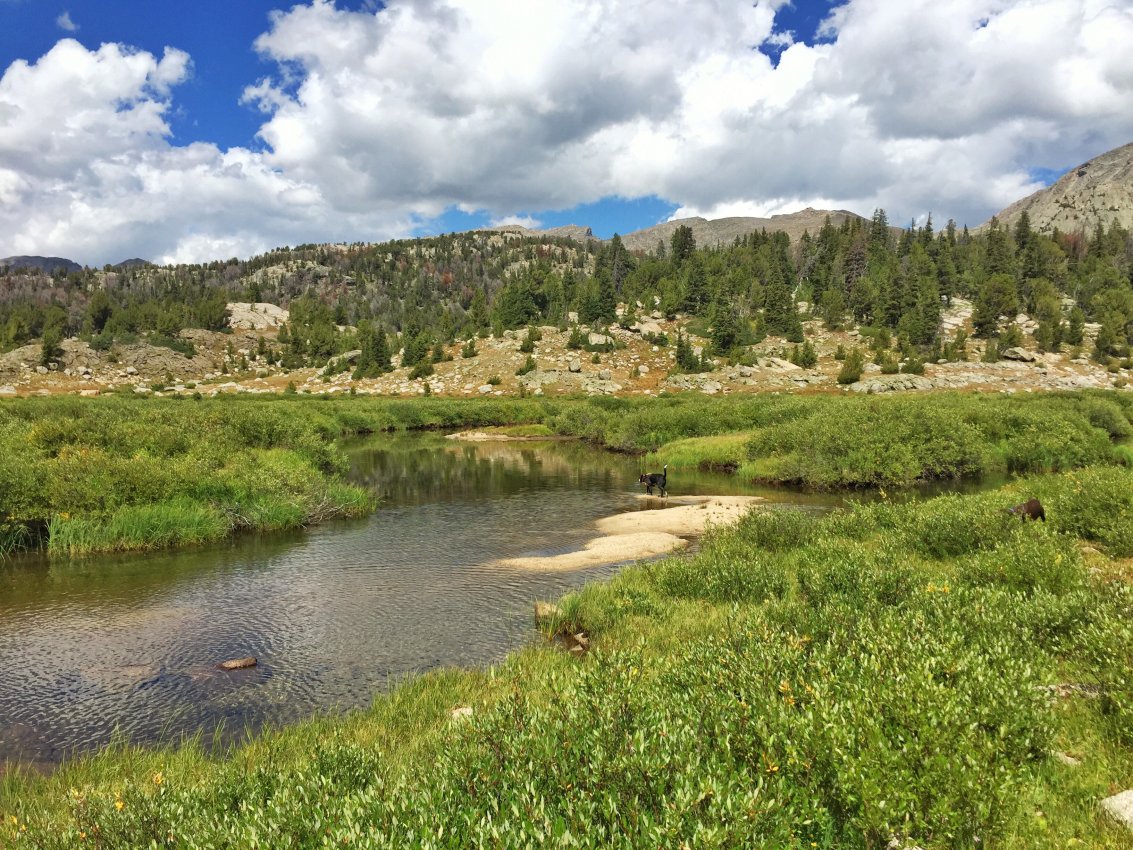 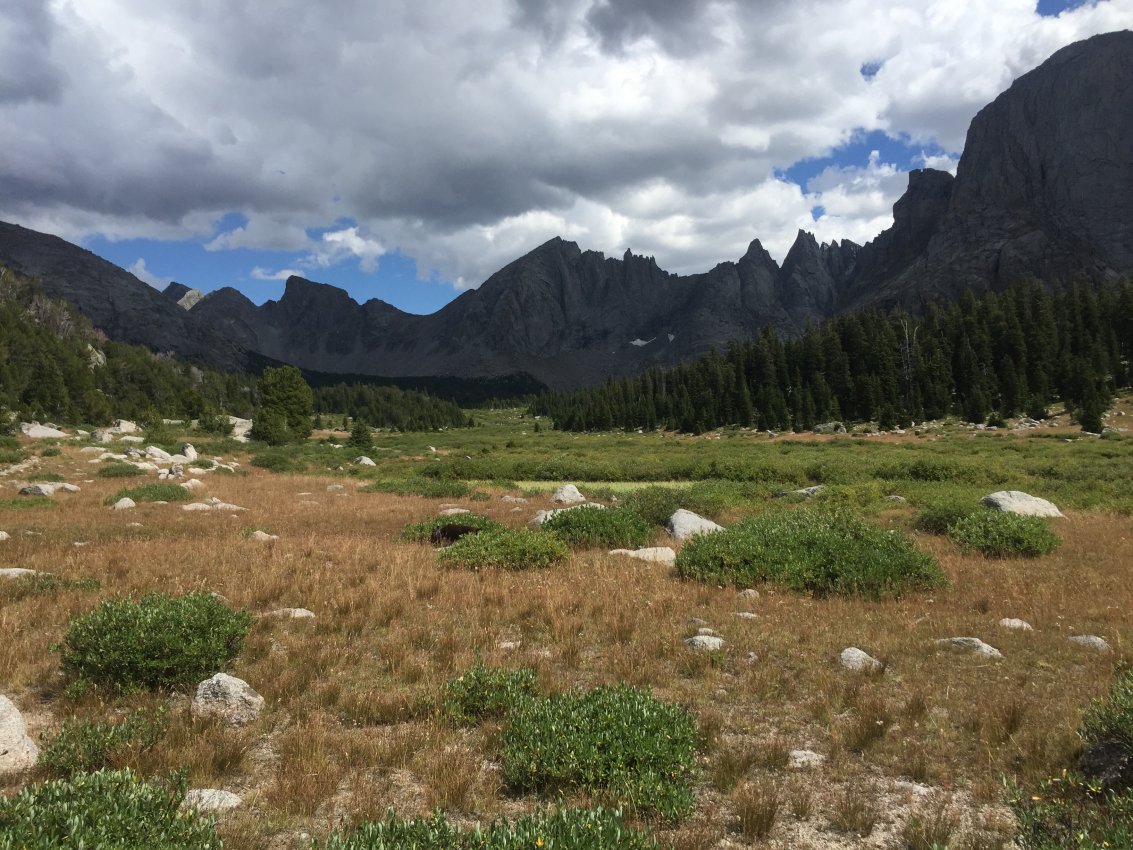 Selfie! Shadow Lake is just ahead at the base of those peaks. Anyone feel free to share the names of the peaks. 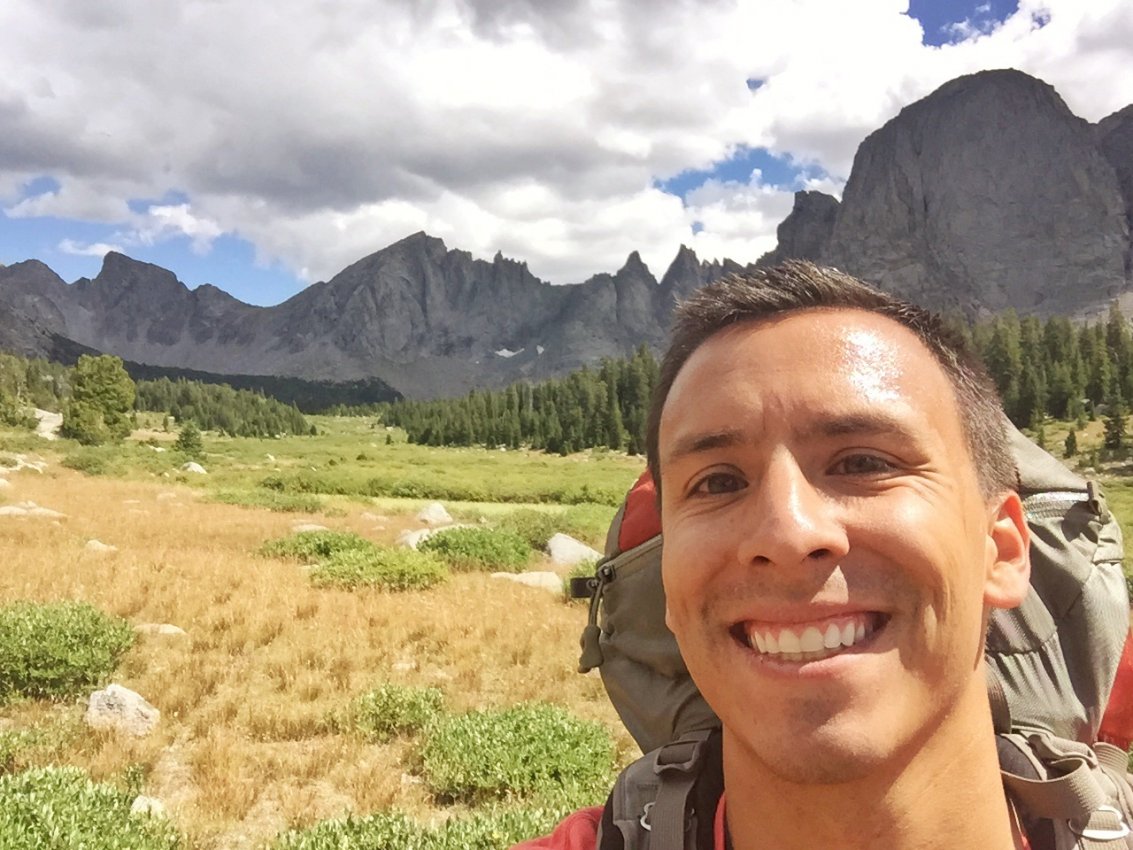 Shadow lake was beautiful! There were not a ton of places to set up camp but we found a nice spot that had easy access to the lake. I love these lakes that sit at the base of these peaks. 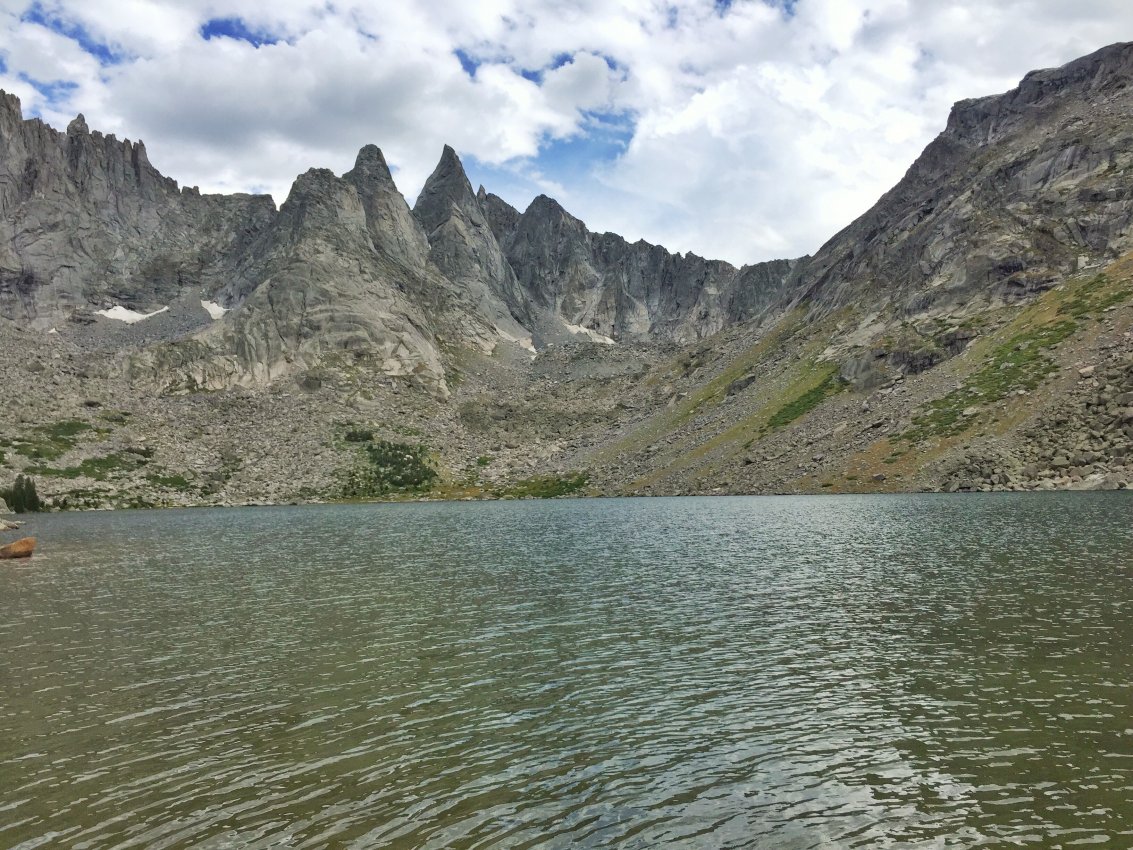 The weather was perfect Thursday night. I wish I brought my good camera to really capture the beauty of the sunset. The sun was out all evening as it just kept lowering but never went behind the mountains until it fell below the horizon. 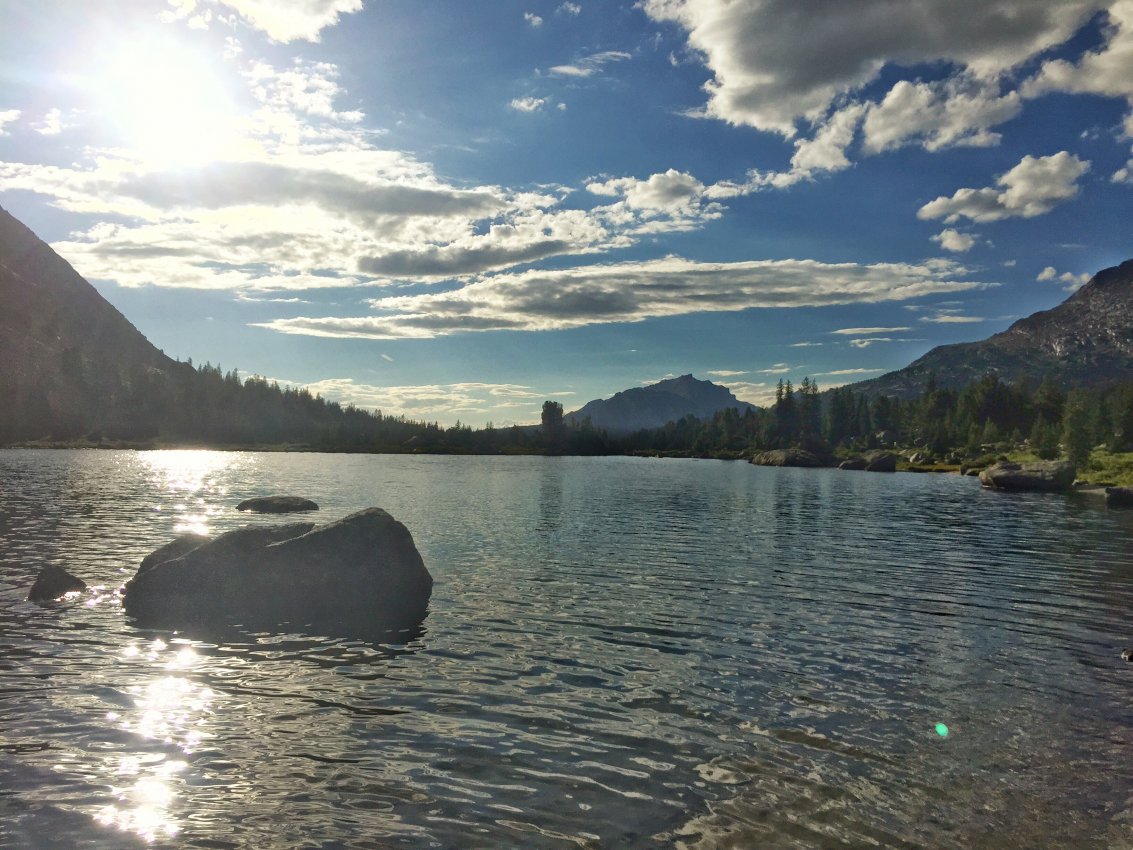 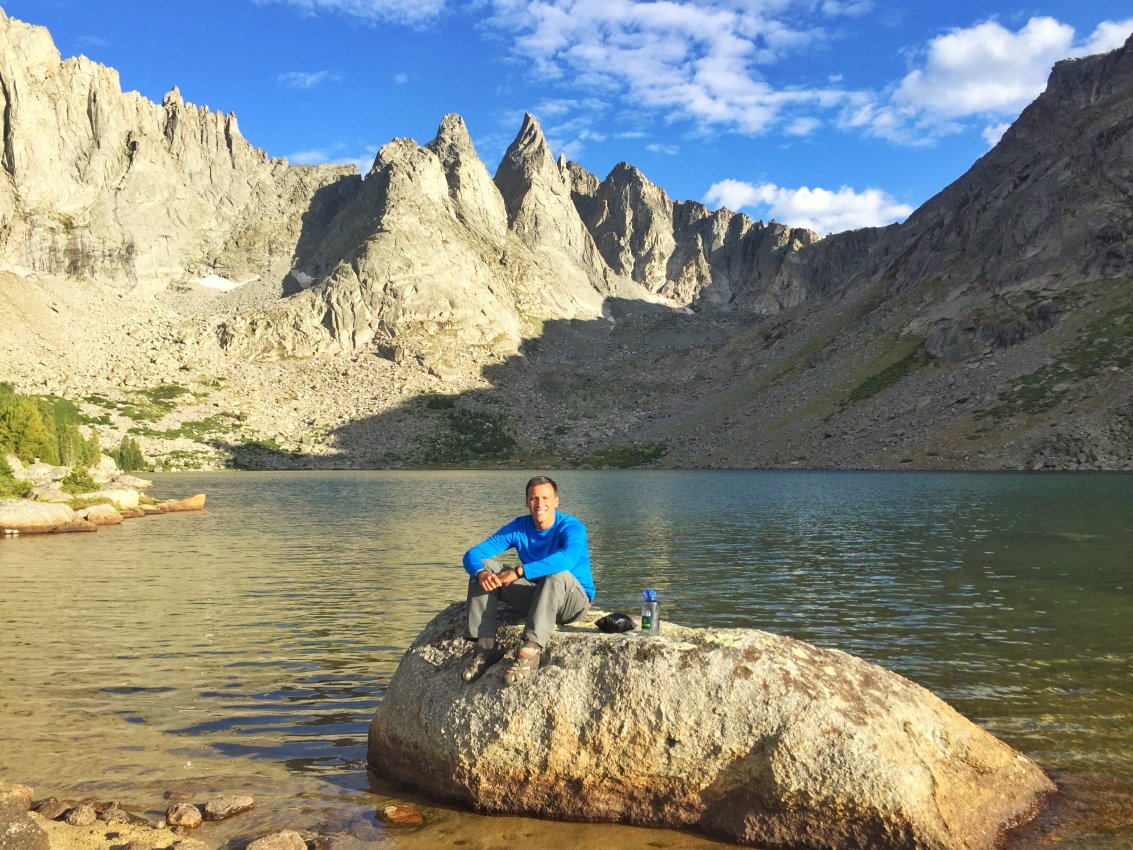 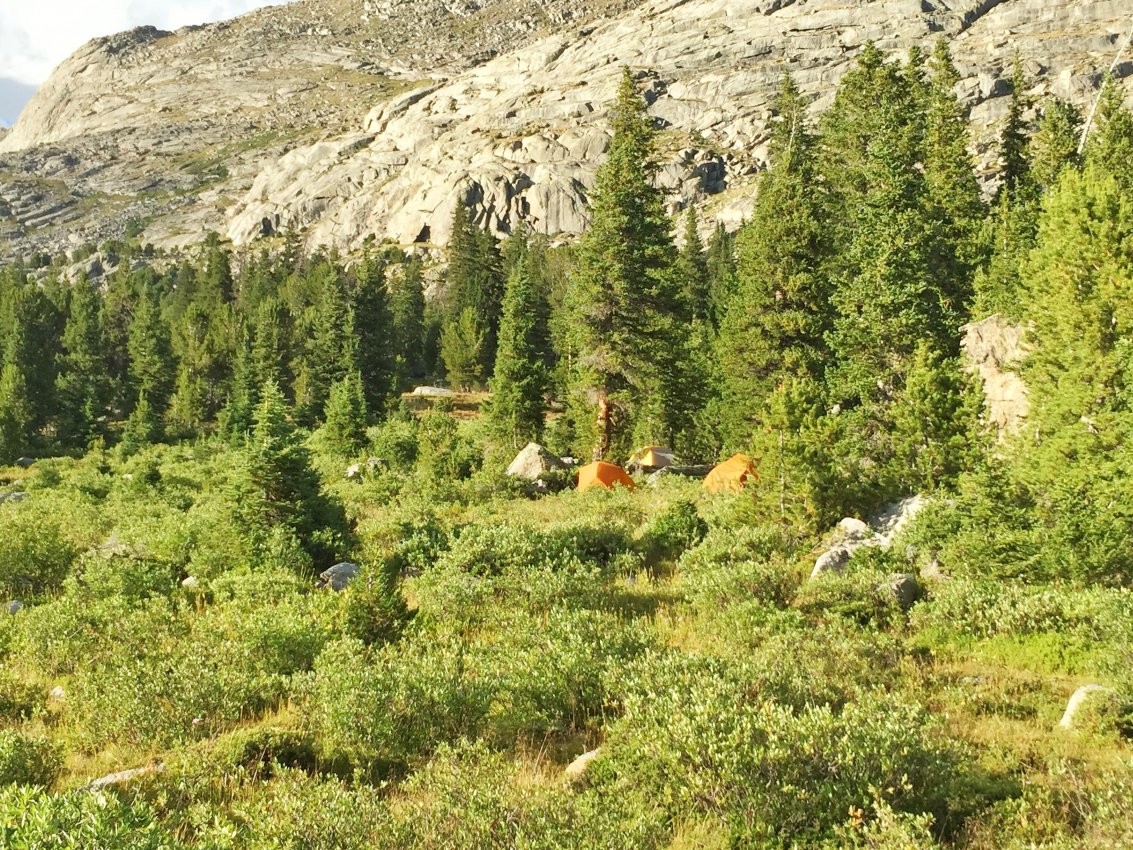 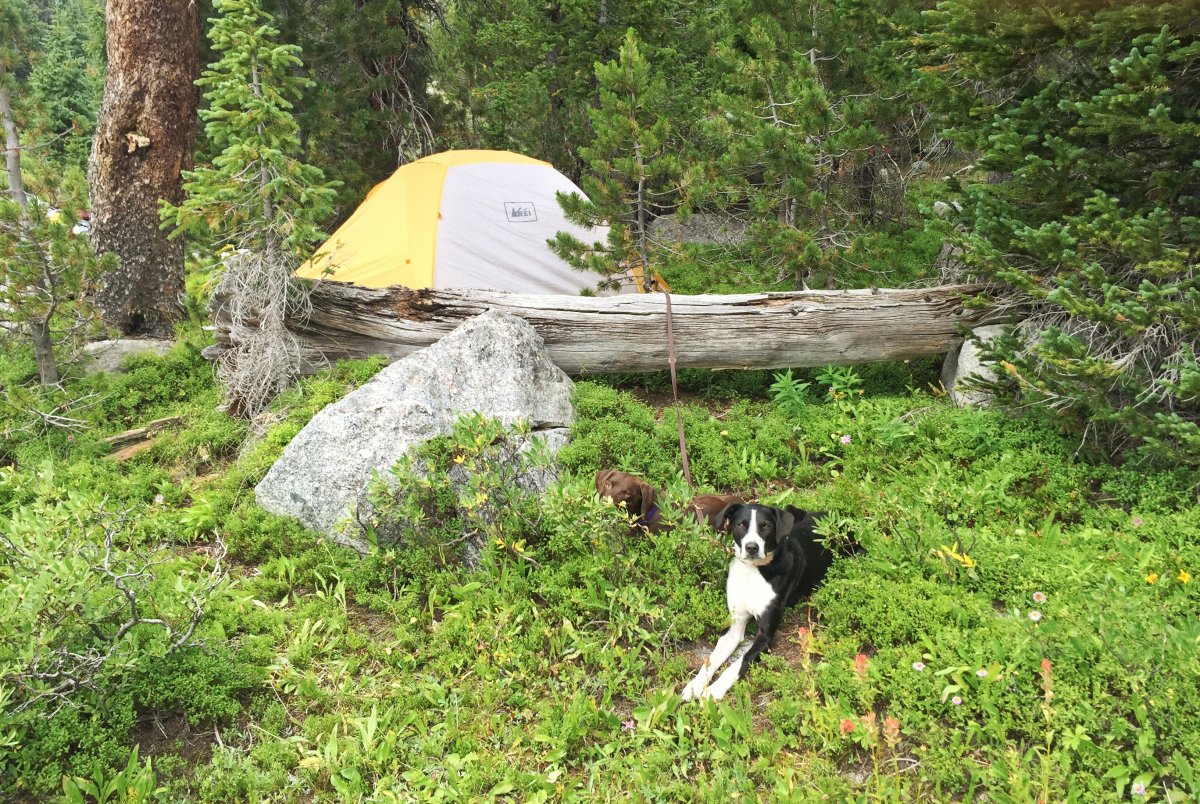 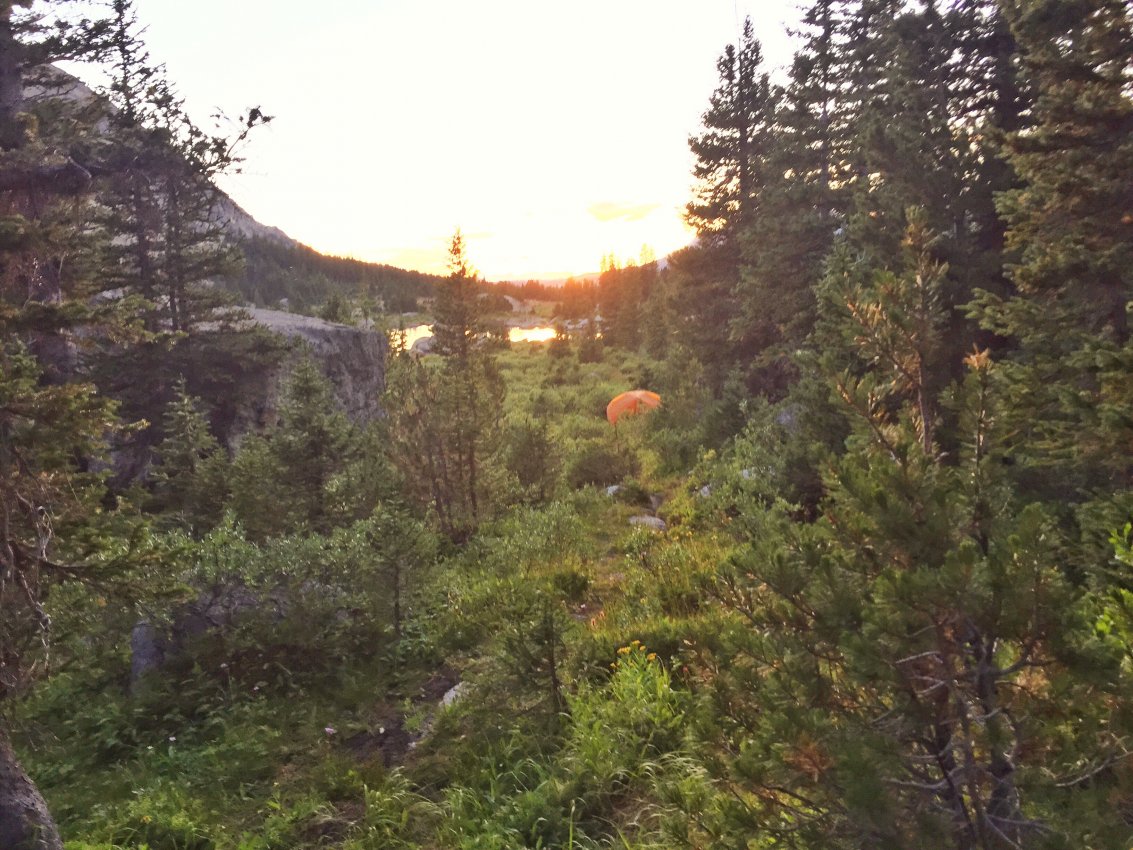 I probably had my best night of sleep I have ever had in the mountains that night. I was sleeping on my new ThermaRest Neoair Xlite pad for the first time, took some Benadryl and passed out for the night. 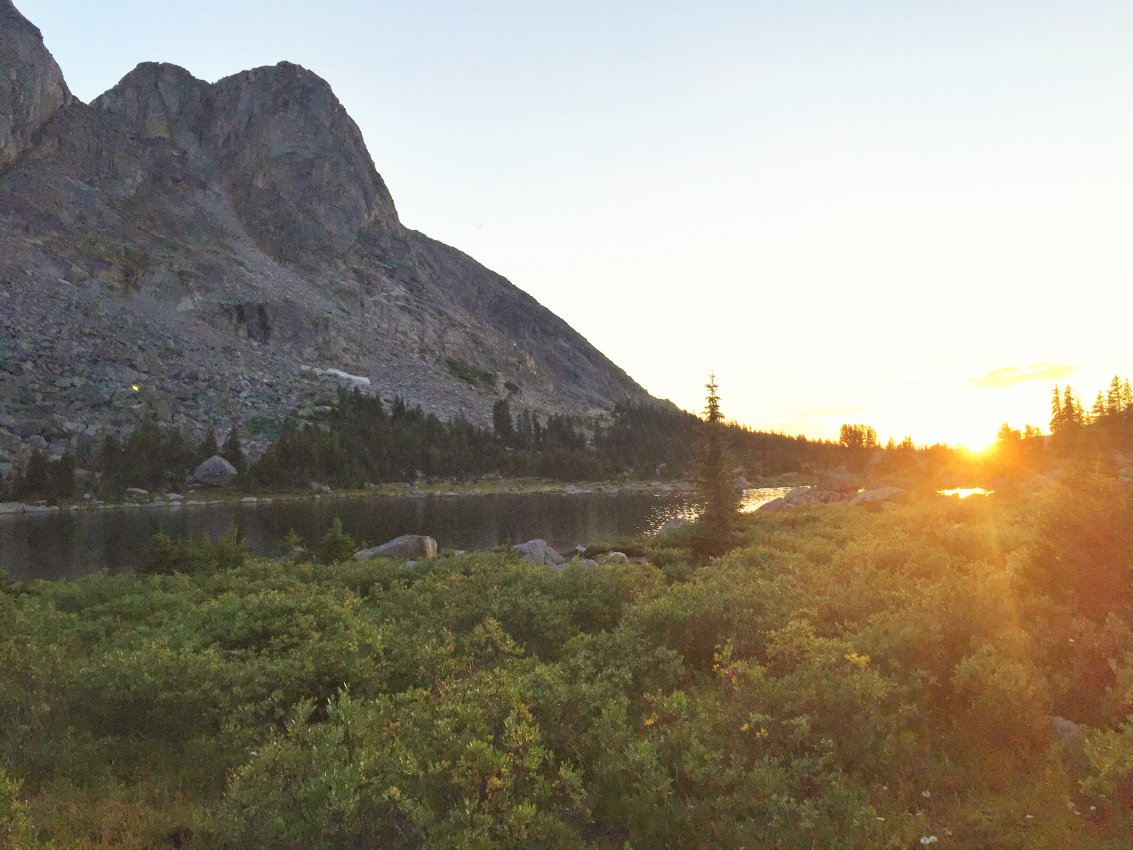 I woke up in the morning refreshed and ready to go as we were planning to hike over the pass and down into Lonesome Lake where we would make camp for the next night. We see out and about 1/4 mile into the hike we came across this stream where we thought we be a good place to stop and take a picture. As you can see in the picture below I have one dog in the picture but my other one is missing. All of the sudden we hear a loud yelp from my other dog just behind the Boulder to the right. I called for my dog Chance and I could hear him making his way over to me. He was carrying a pack so I thought maybe he got stuck or something. 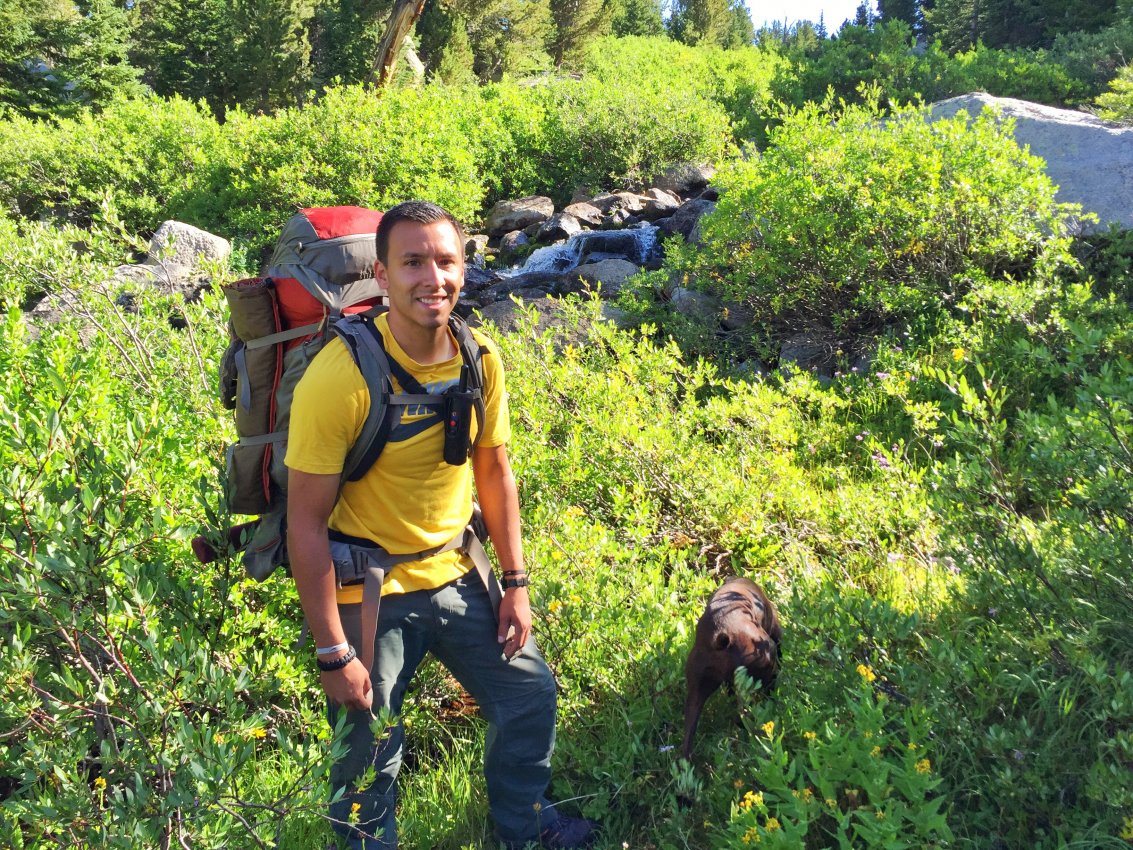 Then he came around the corner with about 25 porcupine quills in his nose and neck. Fortunately, we had pliers with us. Unfortunately, my dog was a rescue dog and has always had problems when it comes to anything with his mouth, he won't even let us brush his teeth. We tried everything for about an hour to try and tie him up and pull them out but he wasn't having any of it and I don't blame him. 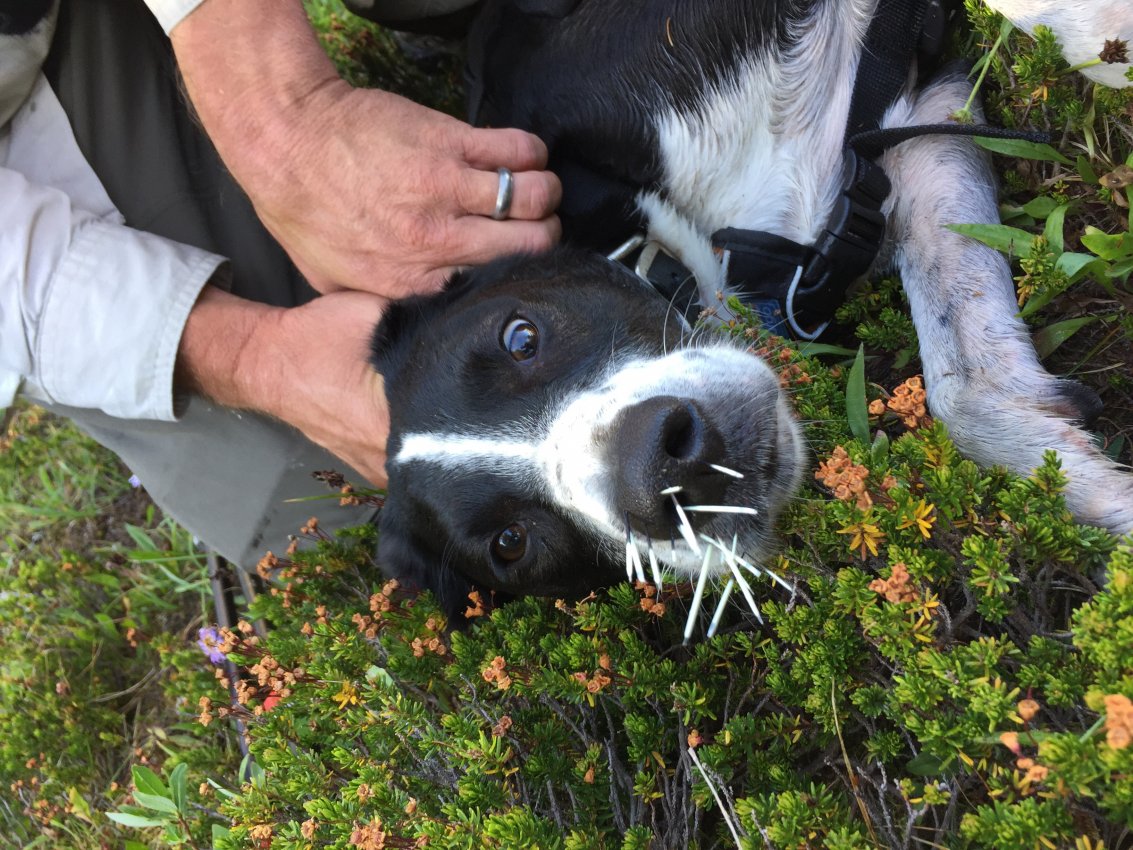 After an hour or so of fighting him and not removing a single quill we made the decision that we had to head back and get him to a vet. So we started the long hike back out to the trailhead and headed home. We got to Big Piney around 6:00 and luckily the vet was at the clinic. They closed at noon but he said to bring him in anyway. He was a super nice guy and didn't charge me any emergency or after hour charges, just charged me for the sedation.

It was a beautiful 2 day trip, unfortunately it had to be cut short. We were planning on spending Friday, Saturday and Sunday in the cirque, one of my favorite places on earth, but it didn't work out that way. I am super bummed and just can't stop thinking about things I could have done to prevent this from happening, but things happen I guess. Hopefully I will be able to get back up there soon and not have to wait another 5-6 years, 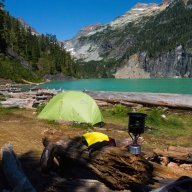 Sorry your trip was cut short. Poor buddy, Chance. At least you got a couple days in.

Bummer about the pup and the porcupine. That was shaping up to be quite the amazing loop. Good to get him taken care of though.
IG: @backcountrypost

Dang. Poor doggie! I hope he learned not to do that again.
Art

@trasmuson3, you did the right thing hauling out of there. Every dog I've been owned by has gotten quilled. Only one or two were quilled twice. Early on with one of my first ones I was bound and determined to take the quills out. Those barbs are effective. Two of us put a blanket over my dog and attempted to hold him steady while we yanked them out with pliers. It was pure torture for him as it was for us. There were painful yells, bodily fluids all over and enough angst we finally gave up. Since then, every encounter is a trip to the vet to be sedated and removed with pliers/hemostats. I sometimes help the surgeon but sometimes pass out just attempting it.

Luckily, as you discovered, the dogs are relatively peaceful after getting quilled and getting over the shock. There is a great picture of my Luna with a face full of quills in the dogs thread here. Good on ya for taking care of him. Chance owes you one. Perhaps slip your scotch into his backpack next trip to carry?
Art
You must log in or register to reply here.
Similar threads