This isn't much of a report, but rather just a note in case anyone's north of Baggs, Wyoming and looking for a cool place to camp.

I arrived in Baggs late afternoon with no idea where I was going, eccept north. About 10 miles (MOL) north of town, I saw a sign that said "Wild Horse Road" on the east side of the highway, near an old Quonset hut, so I turned off. It was pretty desolate country, which is my style, as desolate = few people. I climbed a long ridge and finally stopped on a small crossroad (more like an ATV trail) and pulled into a spot next to the road where the sagebrush wasn't as thick and set up camp. Checking the map later, it looked like the road went up onto a big rise called Wild Horse Butte.

It was nearly dark and I was surrounded by a pack of coyotes singing to my three dogs: "Come on out and we'll play - heh - heh." My dogs know better and crawled into the back of my truck and curled up in their sleeping bags. It was a beautiful quiet night with stars galore, the kind of place where you really feel the emptiness in a good way. No gnats, no skeeters, no nuthin' but a big sky full of tiny pin points of light far far away. 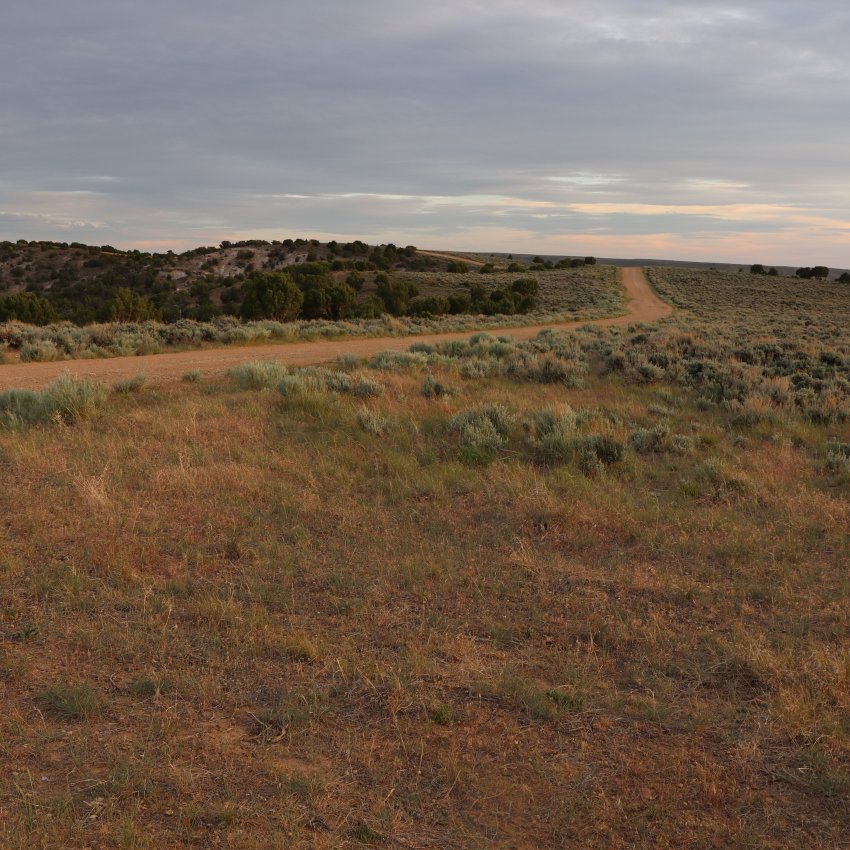 Above: The road as it follows the ridge, a few miles off the highway. I camped here in this open spot. 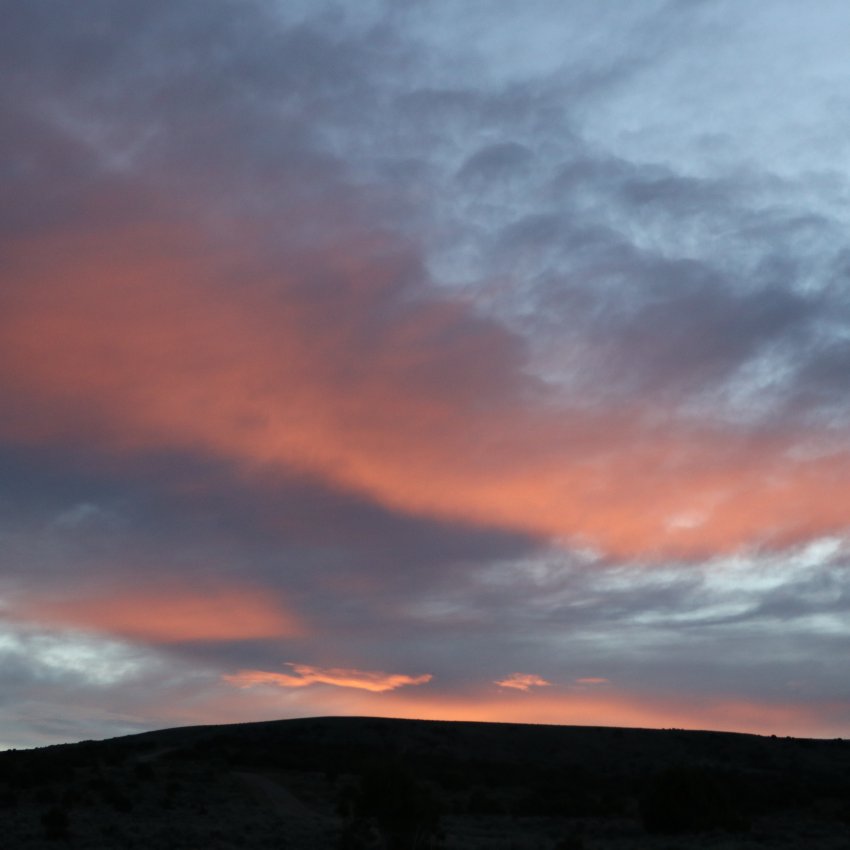 Above: A nice mellow sunrise. 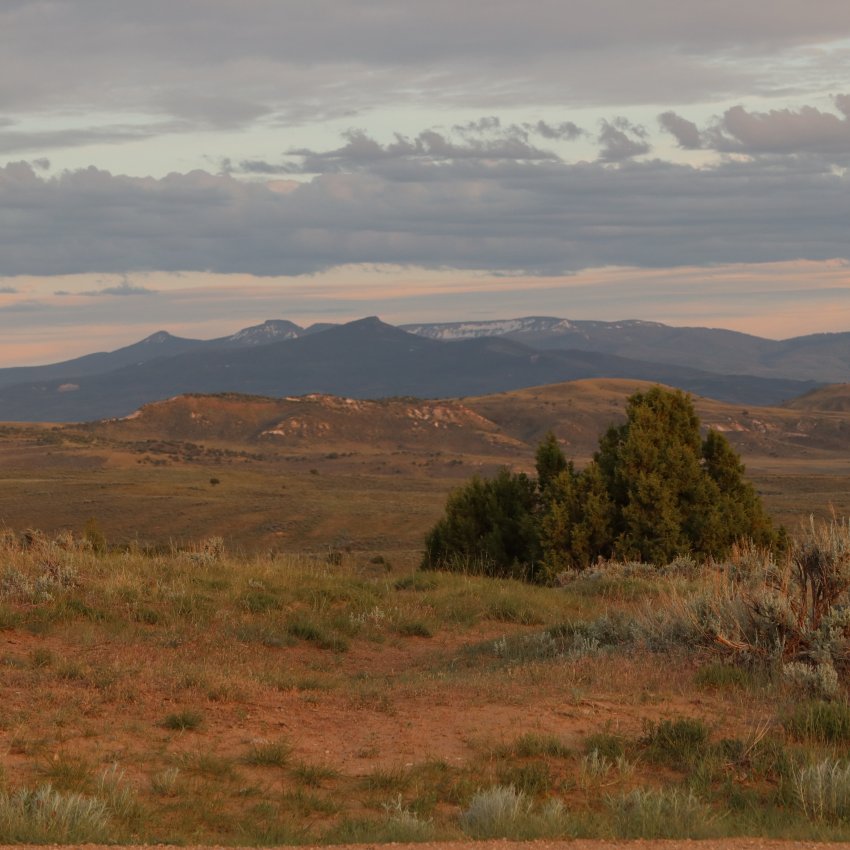 Above: The evening view to the south - Baker Peak, Black Mountain, and the back side of the Bears Ears, all in Colorado. 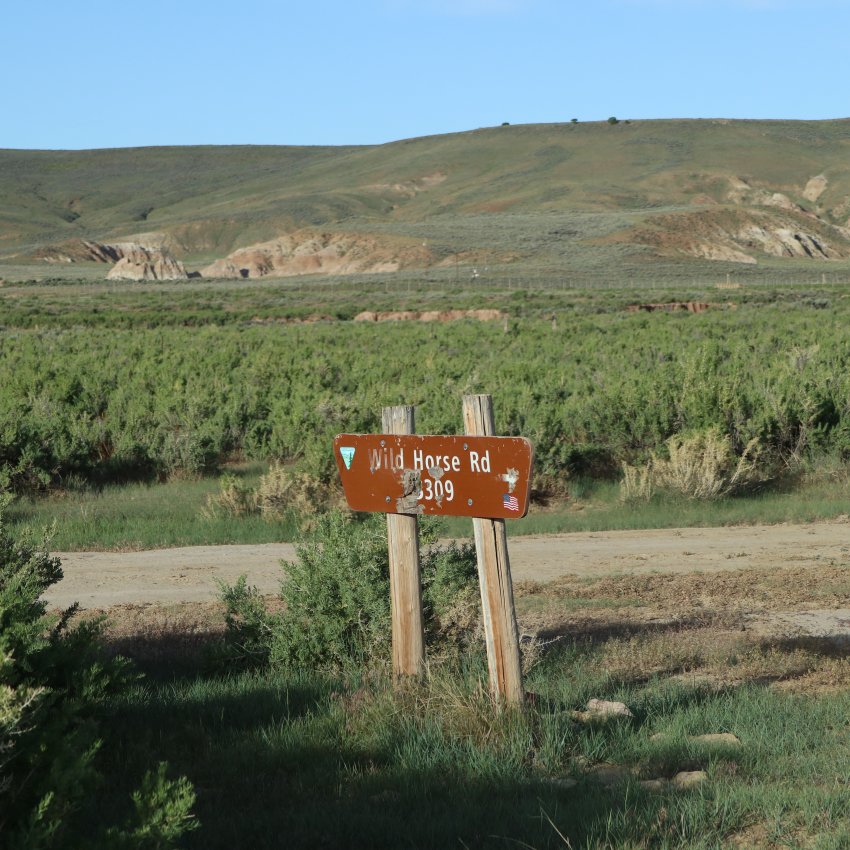 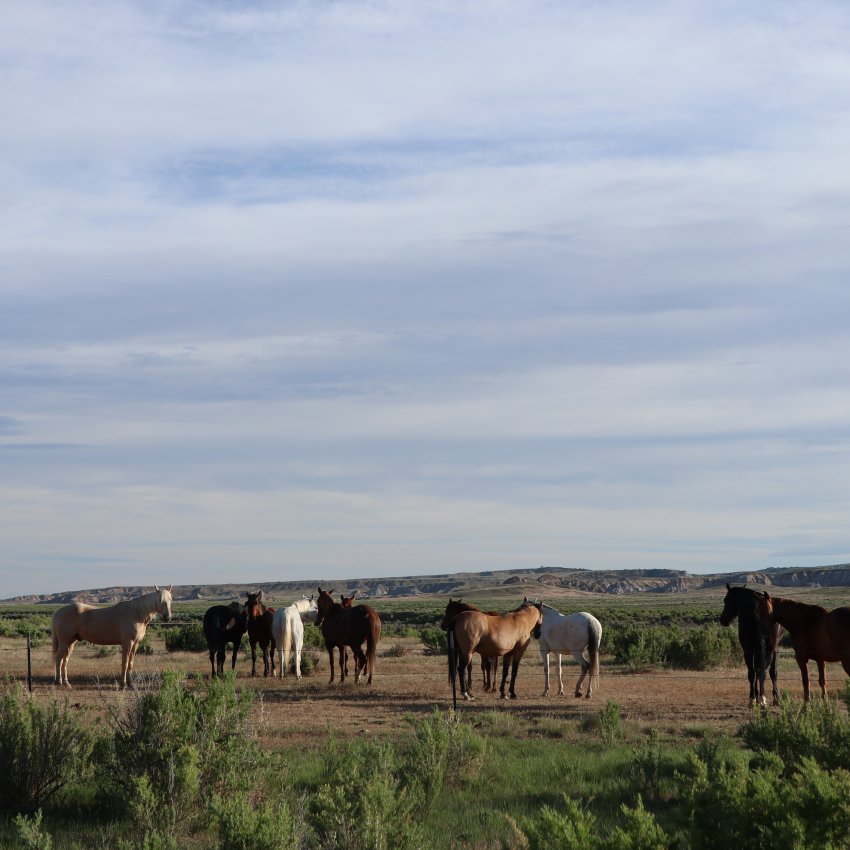 I don't think these horses were too wild, but there are supposed to be lots of wild ones near where I camped. This small herd was standing next to the highway.

Alright, Rock! Your first TR! Sorry It took so long for me to find it. Keep it up please.
Art
You must log in or register to reply here.
Similar threads