Why you shouldn't trust your GPS

Seems like Shafer was closed for awhile yesterday...the comments are pretty good:

BREAKING NEWS UPDATE - ISLAND IN THE SKY
All visitors to the Island in the Sky District of Canyonlands National Park need to avoid Shafer Trail as it descends toward Potash.

According to the National Park Service, the trail is currently closed due to a large semi truck trailer blocking the road. The park is working to clear the road and does not have an estimated time for when it will be cleared. We will update as soon as it is open.

ORIGINAL POST
The Island in the Sky visitor center is reporting that a trailer and tractor are stuck at separate locations on the switchbacks. All park guests with plans to use Shafer Trail should inquire at the visitor center before attempting to negotiate it. 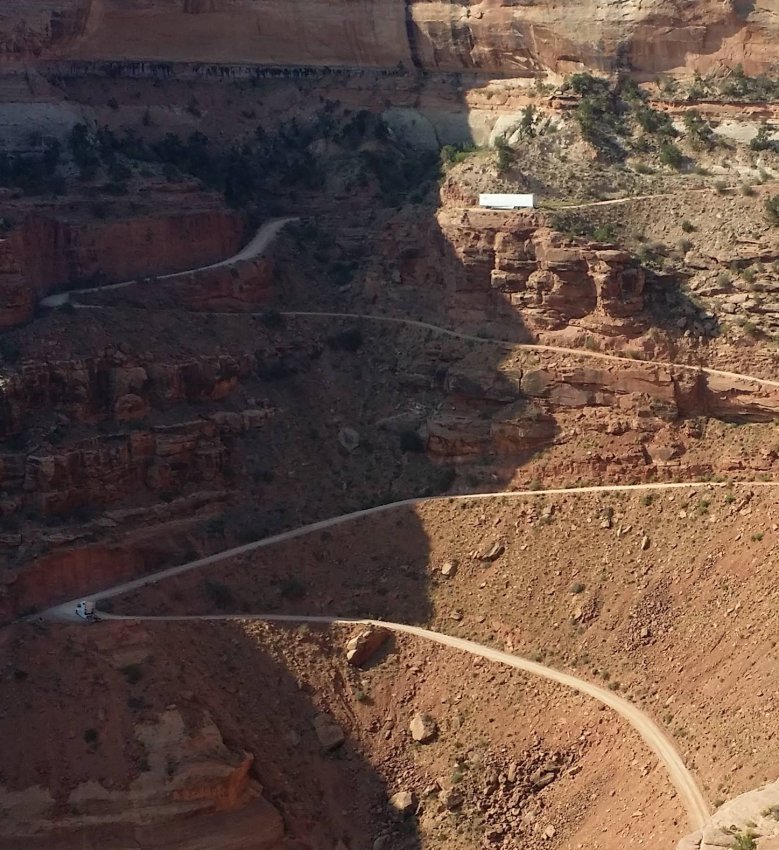 Yes. The talk of town today.

@Kullaberg63 Do you know anything about how they got the rig out of there?

Is this really a case of a driver blindly following GPS directions? I haven't read anywhere that that's the case.
Blog | IG | FB

No idea, just a rumor, but it does make sense. Only someone who trusted their GPS could stand at the top and look at those switchbacks and then proceed downward. You can see a good portion of Shafer from the top, and it looks pretty hairy, IMO. Someone in the FB comments said he was trying to get to Potash, but you know how rumors go. I dunno, maybe he was just crazy.
Last edited: Sep 2, 2017

I'm just wondering if they usually let semi traffic into I-Sky. Considering the direction the trailer is facing (coming in from the top), the driver would have gone through the entrance station. Unless he made it through before they opened for the morning.

Reminds me of the time I took my full-sized diesel pickup over the Flint Trail. 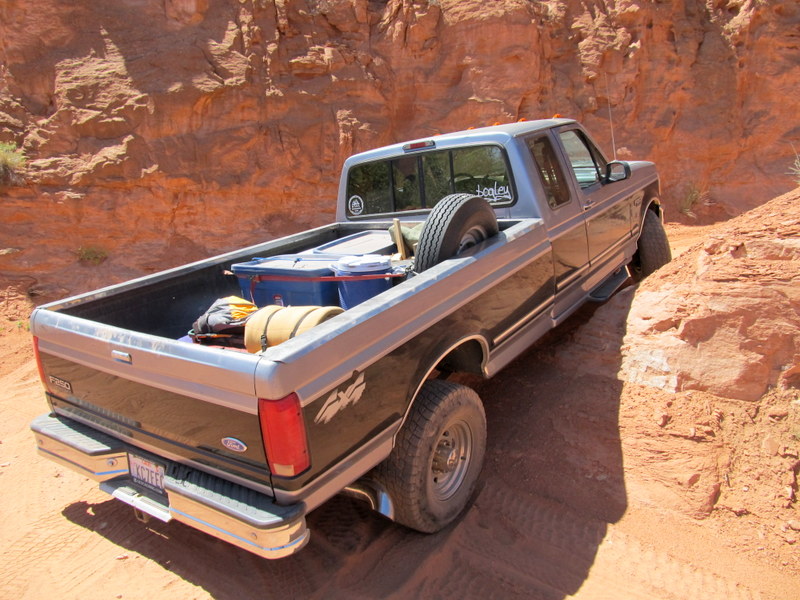 Now I know where those grooves in the sandstone came from.

Coming in while it's dark would explain why he went on down the trail. 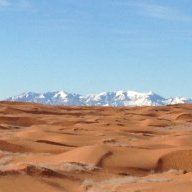 This is just baffling (and hilarious). So many questions, If said driver was coming from the top, wouldn't he have to of cleared the park service booth? Did the Park Service just let him in?(find this hard to believe). Wouldn't he have seen the warnings signs? I like the idea of him driving in at night because it makes this slightly more forgivable. Or can someone just blindly follow their gps in this way in broad daylight.

I would like to see the tow bill. I bet it's several thousand dollars, maybe more. And then there's the park fine…

Reminds me of this FB post from a while back: 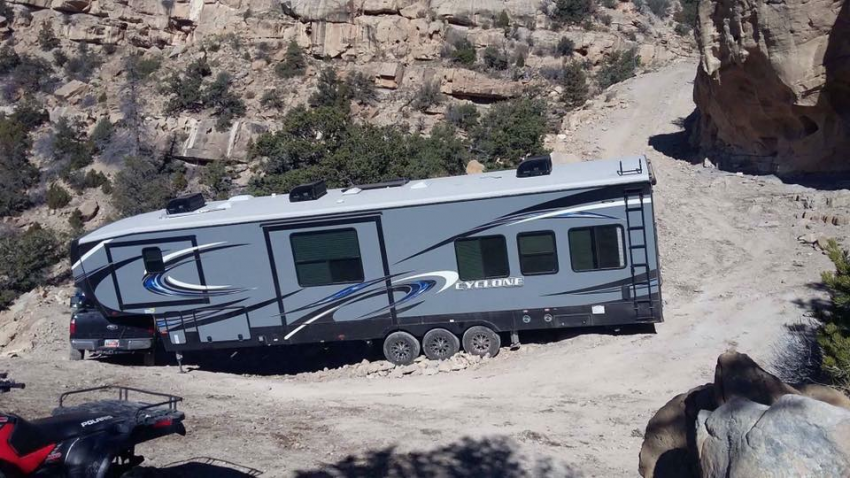 Well, it's official. The guy was following his GPS.

The National Park Service (NPS) is shedding some light on the semi-tractor and trailer that got stuck on Shafer Trail in Canyonlands National Park on Friday, Sept. 1 — and according to the park’s chief ranger, Scott Brown, the errant driver’s reliance on GPS resulted in the truck blocking visitor access for a number of hours.

According to Brown, the truck was operated by Bright Freight Solution of Stockton, Calif., and was headed from the west coast to the Intrepid Potash facility for a pick-up. The driver of the truck, which was empty when it turned onto Shafer Trail, claimed that his GPS unit instructed him to take the route on U.S. Highway 313 that led to Shafer Trail and then down to the potash facility.

That route, as it turns out, was not the best way to go.

The driver, who managed to detach his tractor from the trailer and venture down the trail before getting his rear axle stuck over the edge of a cliff, eventually called for help and, after an assessment by NPS rangers and Moab-based Nations Towing, the vehicle was turned around and backed up, clearing the trail for use.

The driver, who NPS officials declined to name, was not issued a citation in relation to the incident.

I am truly shocked he was not issued a citation! Sure the towing bill was a fortune though

Do you really expect someone that has probably never been to the area before to know the best way to get to the Potash Plant without following his GPS, though? In this day and age, the GPS is a trusted device that gets people to the places they need to go.
Randy Langstraat | ADVENTR.co

Nick said:
Reminds me of this FB post from a while back:

Wonder if that was the same guy who nearly ran me off the side of the road up to bears ears. He was cutting that corner too.

Nick said:
Reminds me of this FB post from a while back:

Nothing a little dynamite wouldn't fix.

Jmr said:
I am truly shocked he was not issued a citation! Sure the towing bill was a fortune though
Click to expand...

2 Summers ago I did a bike trip on the White Rim Trail. Got 2 flat tires on a full-size GMC Truck.

Towing company charged $900 dollars to bring a spare tire so we had two spares and could change
both flats and drive the truck out and spend another $1000+ on new tires.

It was then I realized I went into the wrong profession.
Do not pray for easy lives. Pray to be stronger men. - JFK
Orem Chiropractor

Another installment in the series.

I can't imagine a semi attempting to maneuver through some of the hairpin turns on that road.

Jackson said:
Another installment in the series.

I can't imagine a semi attempting to maneuver through some of the hairpin turns on that road.
Click to expand...

What was he carrying in that truck that he was afraid of being eaten by mountain lions? LOL
You must log in or register to reply here.
Similar threads