There are a few different ways into White Pine Lake, the most popular and easiest is from Tony Grove Lake. The trail to White Pine Lake shares the same trail head as the Mt Naomi trail, but the trails very quickly split. The trail is 3.8 miles to White Pine and is very easy with one short steep section just before the lake where you drop down some switch backs about 500 feet. Going down is easy, but you have to climb back up to return. The trail sees a lot of use, especially on the weekends. Lots of scouts backpack into White Pine as its a fairly easy hike. Sometimes finding a campsite can be difficult on a busy weekend. If you can swing it, the weekdays are so much better.

I'm combining my two backpacking trips into White Pine Lake as they were a week apart to save from repeating things. The first trip was with a bunch of friends and their wife's and kids. The youngest being just 4 months old! The 2nd trip in was just me and a buddy who had never been backpacking before. He wanted to "get his feet wet" before heading into the Wind Rivers the following month.

The wild flowers were out in force and were very pretty. Unfortunately it was mid afternoon and the light wasn't the best for photographing. 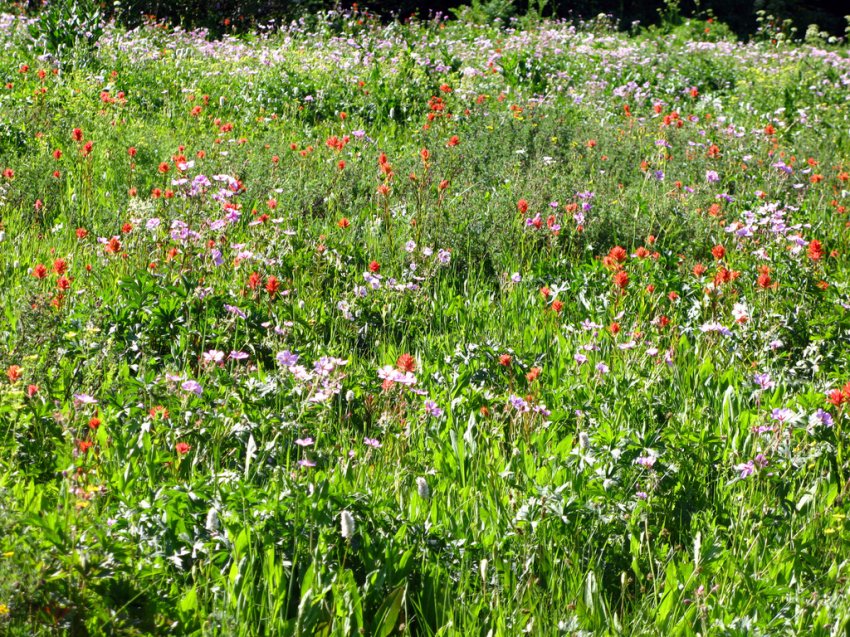 Mt Magog between through the pines!

Taking a break in the shade along the trail. You can barely seen my friend sons head poking above his pack (red pack)! He did awesome! 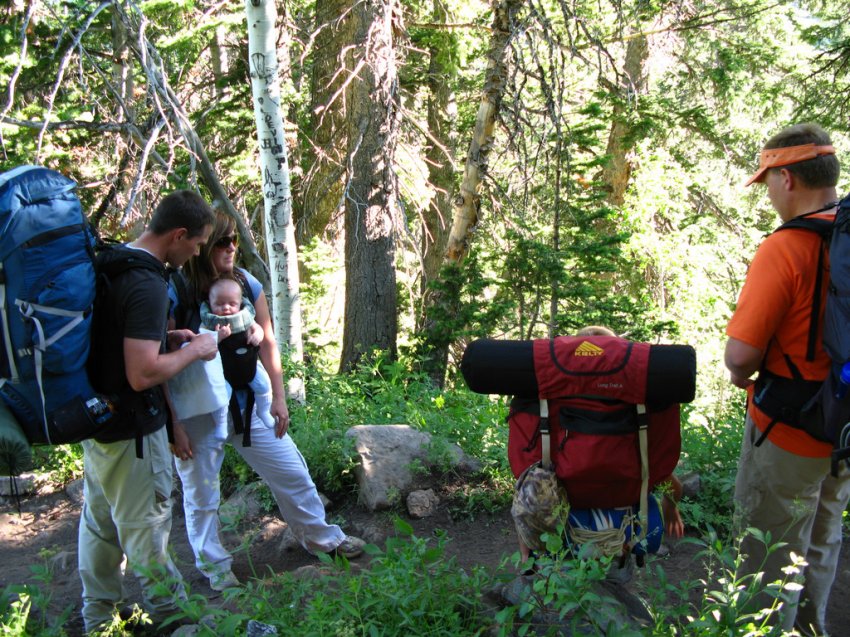 At the ridge just before the trail drops down into White Pine Lake. Mt Gog is on the left. 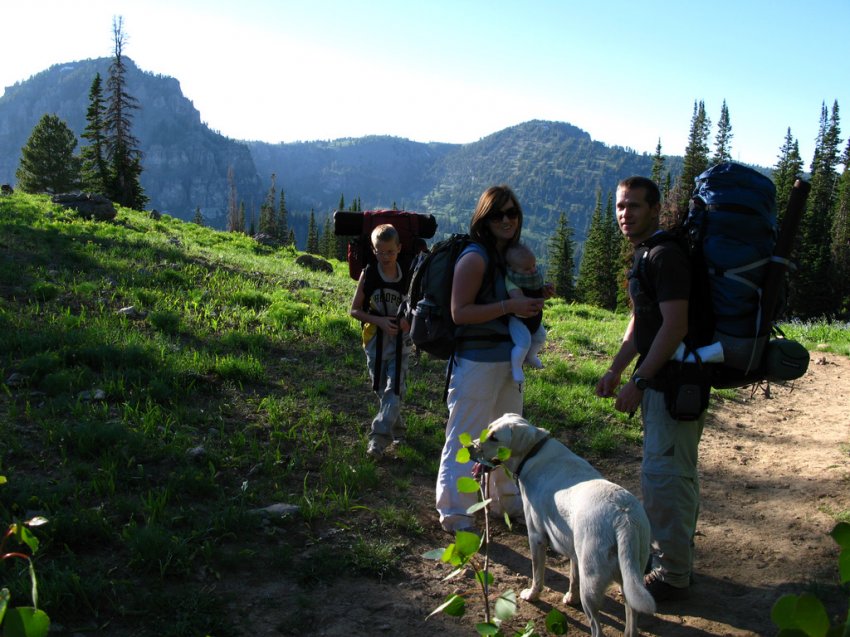 We eventually made it to the lake, claimed a campsite, as they were filling up, and setup camp. After camp was setup we headed out to do some fly fishing at the lake. The fishing was slow so we took a few pictures and then worked on gathering some wood for a campfire. You had to walk a couple hundred yards to find dead wood as all around the campsites had been burned up. 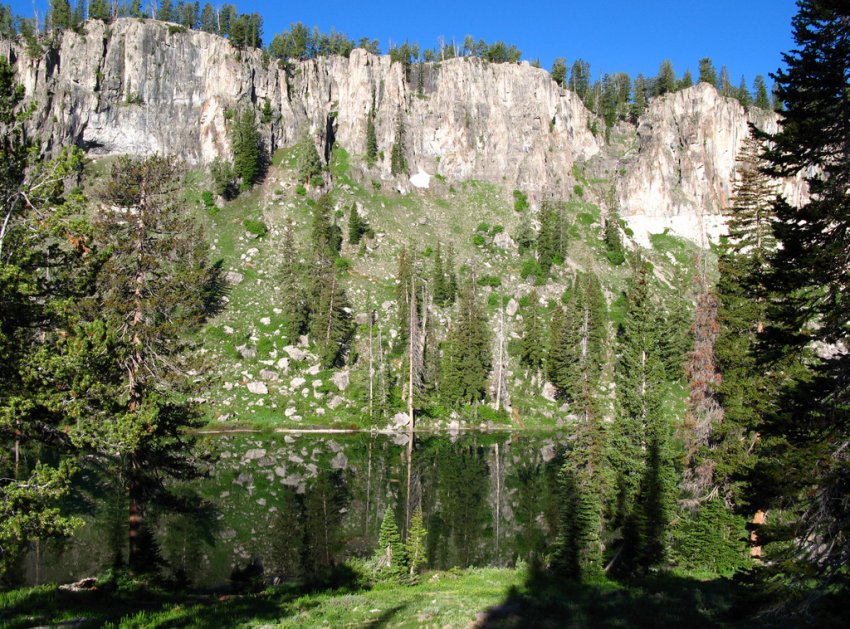 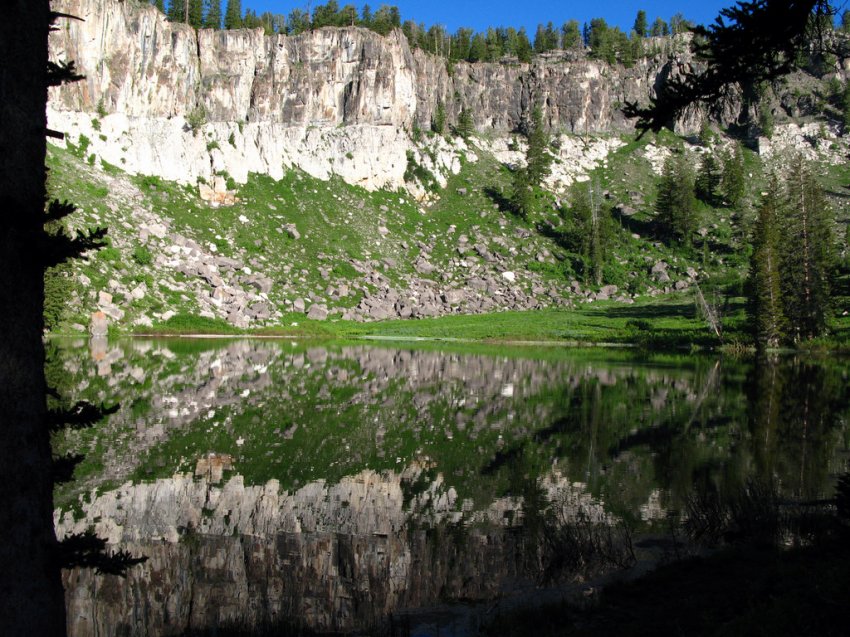 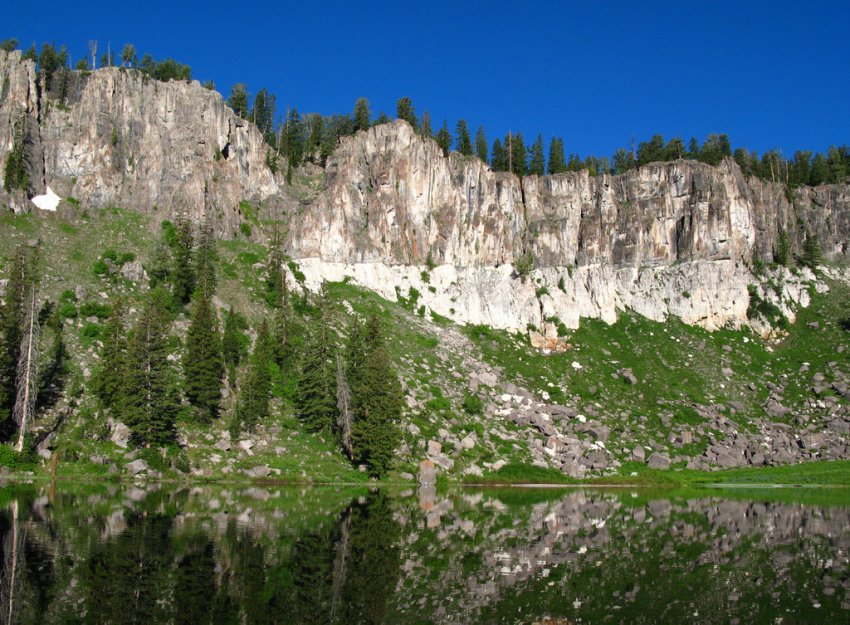 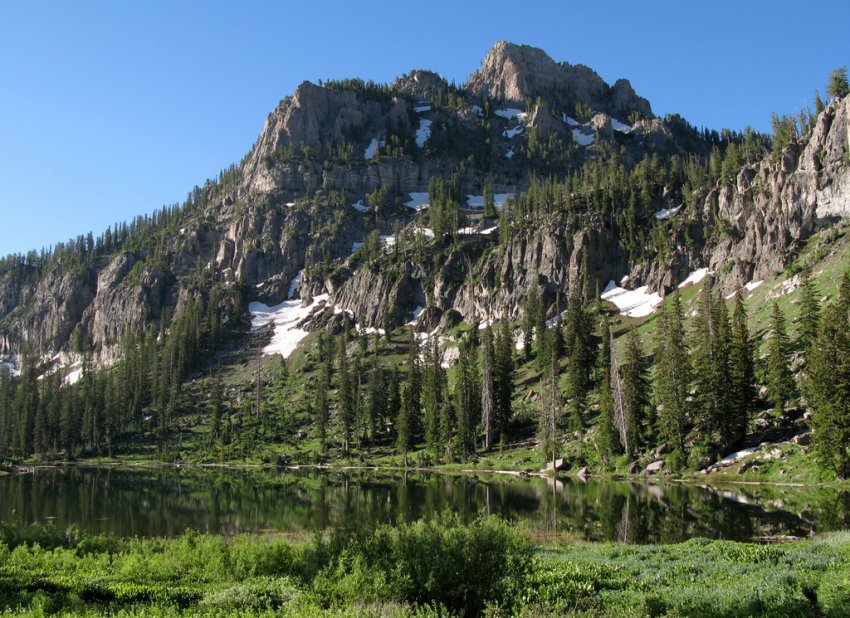 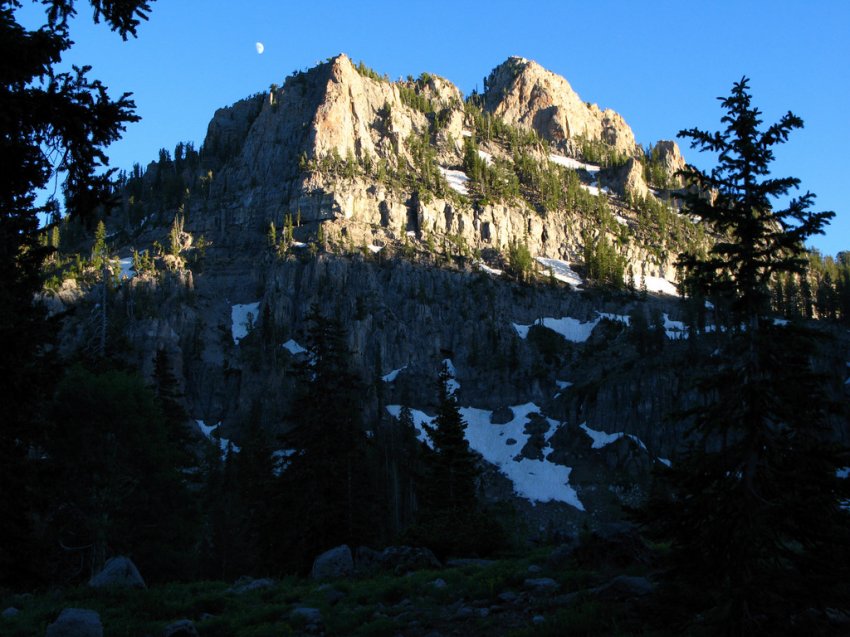 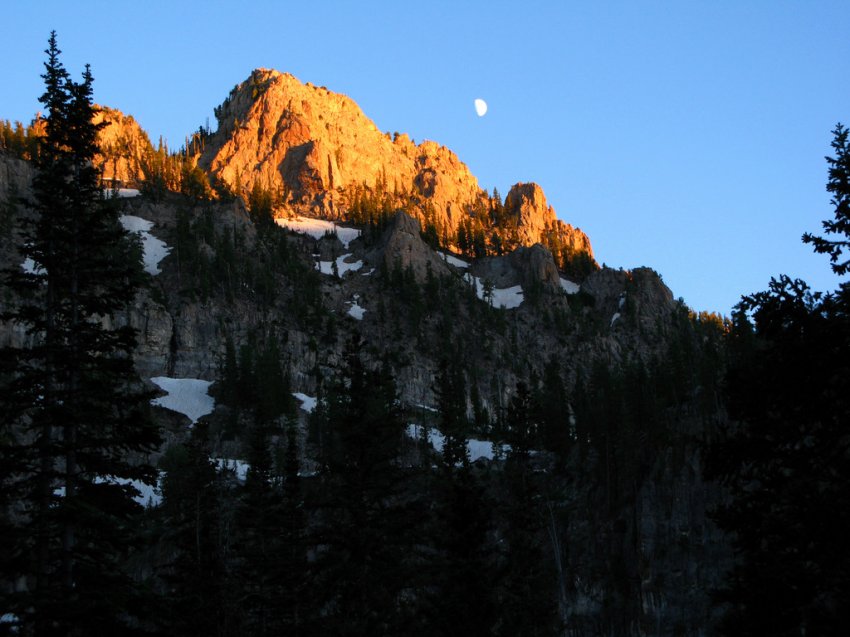 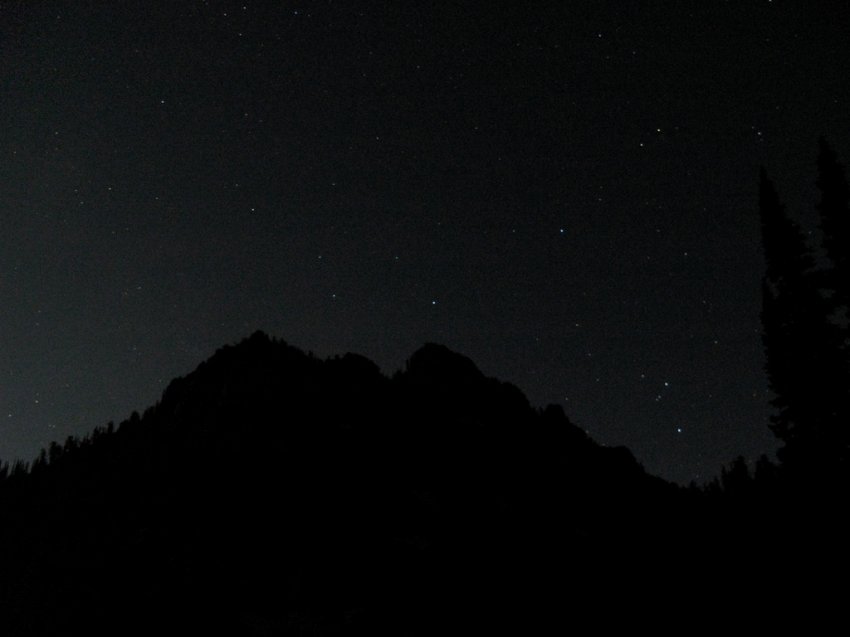 Chilling around the fire! 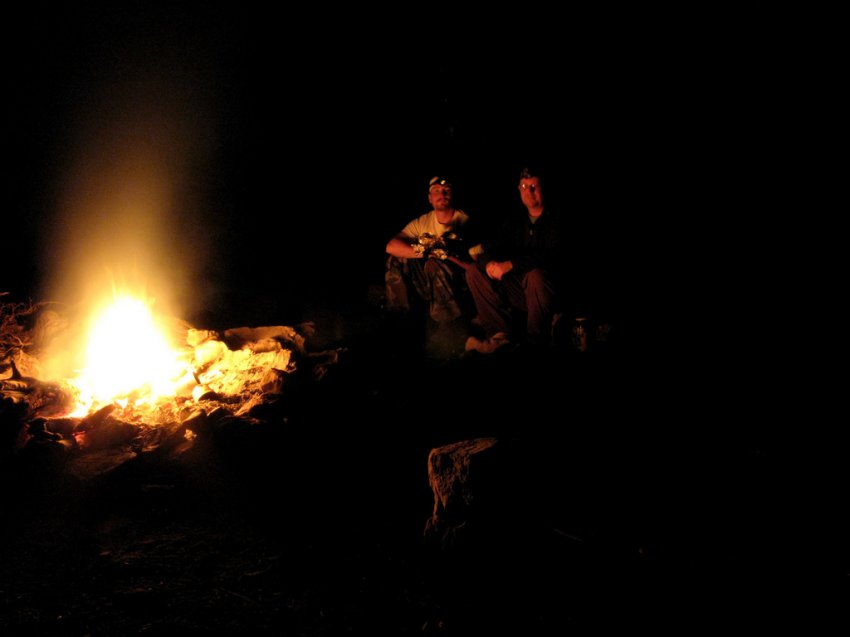 After breakfast the next morning we tried our had at fishing again. I think we only caught one fish the entire time. Soon we were bored and decided to pack up and head out.

White Pine Lake is a great backpacking trip for those wanting to "get their feet wet" before heading further into the backcountry.

I still need to make a trip back to this lake. Here's an interesting story about this area. The Crookston's have some property and a cabin near here. I wonder if they purchased the land after finding out about the gold. I grew up fishing this area quite a bit.

Oh man, I backpacked into Steam Mill Lake last August! I should have been looking for gold while I was there! :twothumbs:
“We don't stop hiking because we grow old - we grow old because we stop hiking”
― Finis Mitchell
You must log in or register to reply here.
Similar threads