Again on a Wednesday after work the coworker group and I hopped in and drove on up Little Cottonwood Canyon. A little later than we wanted and under a flat gray sky.

dwarfed by some pines... 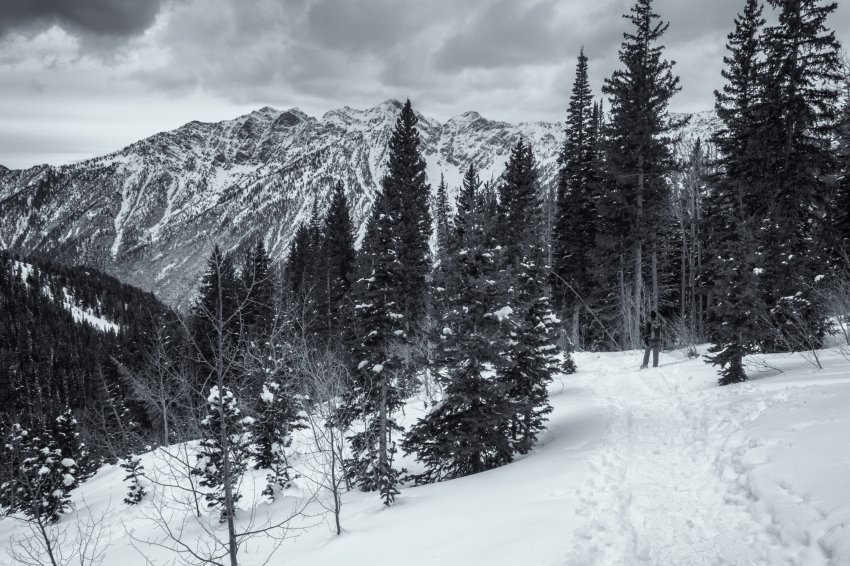 The original intent was to get to Maybird, but we had a few things working against us. Time constraints for some who had to be home early. Starting a little late. Wind that started howling...
So instead, we hit our turnaround point right at the bridge to Maybird. Still not a shabby 5+ miles and 1600+ feet of elevation gain. What a great way to again break up the week.

I only took a few pics. The feel of these pics are similar to the Silver Lake Flat trip a couple of weeks ago. The weather was about the same, so it is not surprising. We passed on group of students coming out and a couple other pairs of people, but it was blissfully empty and wonderful. 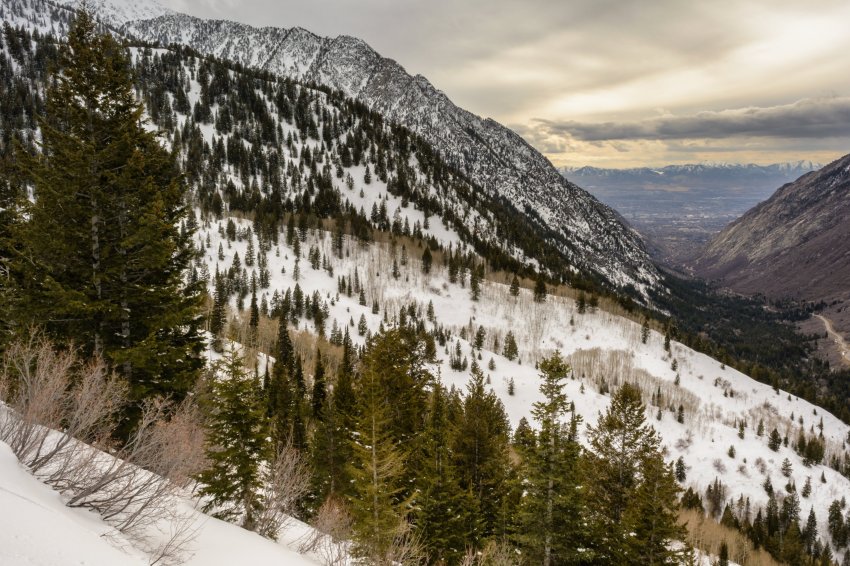 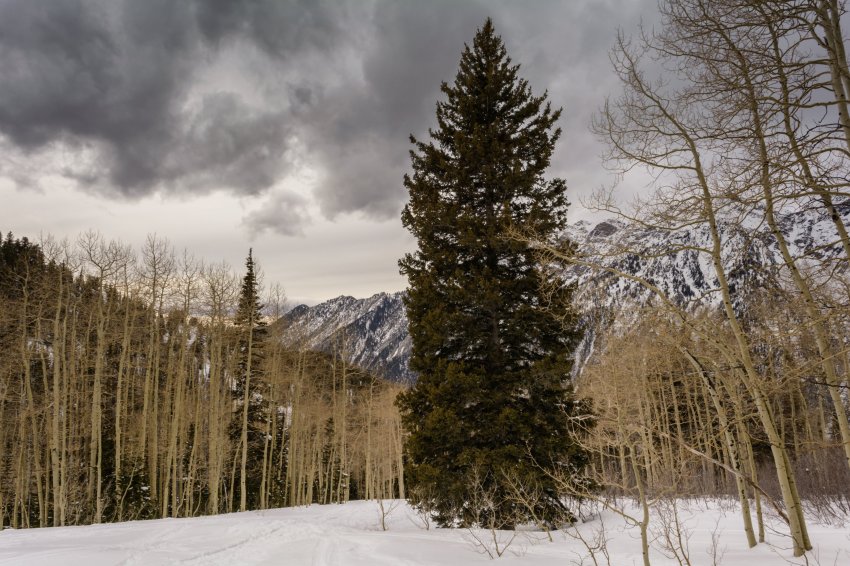 Snow covered creek near the bridge to Maybird. 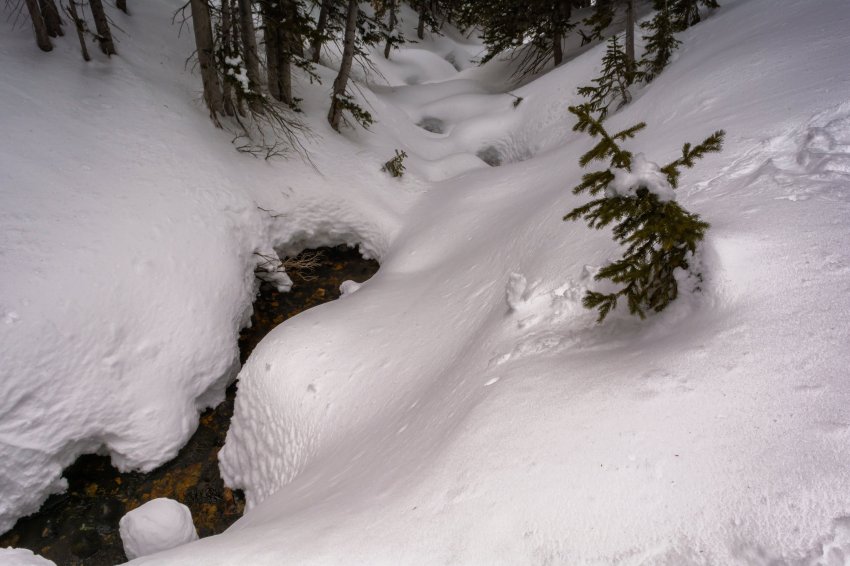 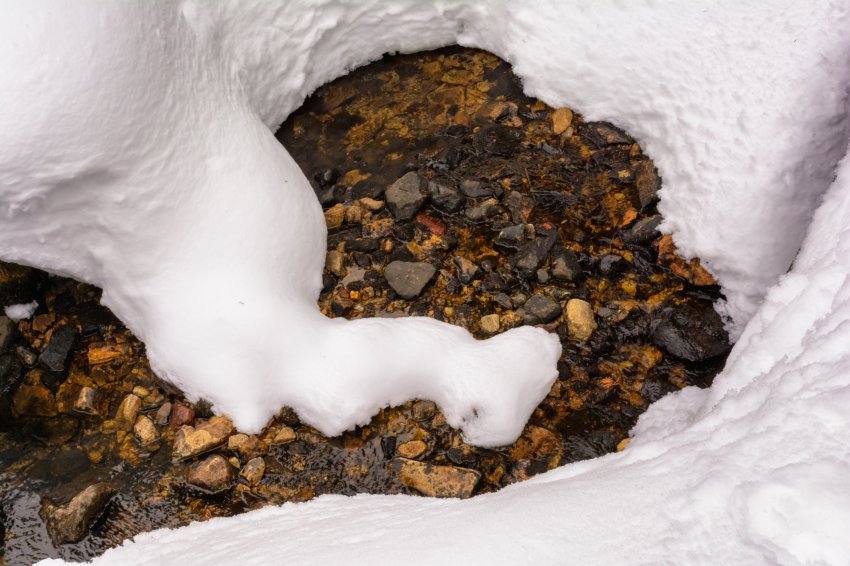 Loose snow. I believe this is sluffing? 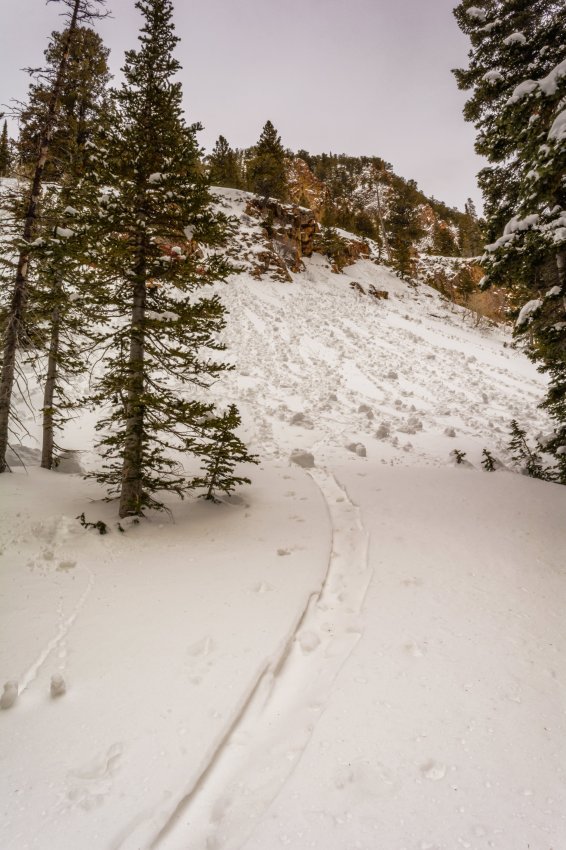 A final shot as the clouds started to collide overhead and the wind picked up. 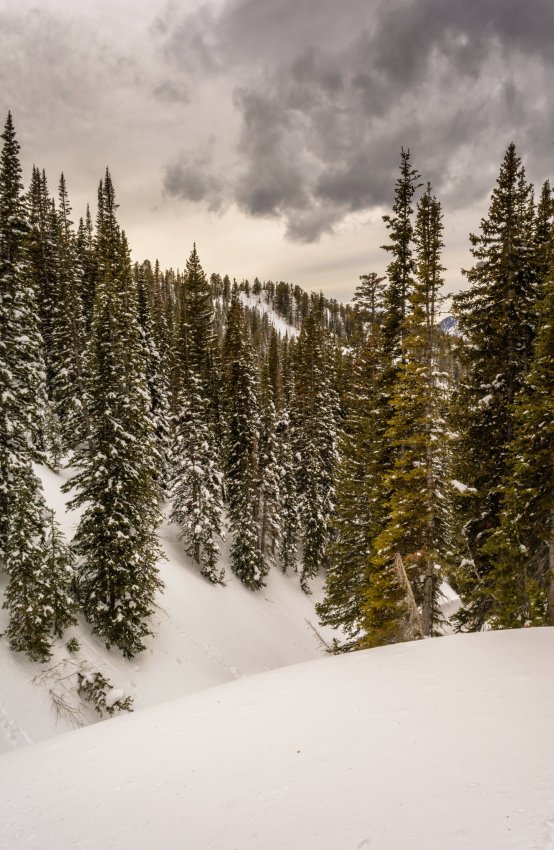 On one of these Wednesday trips I may just be mountain sick and not go back to work until Monday. The howling wind and growling stomach though proved this was not going to be one of those times.

Looks like fun and that spring has sprung! Lots of wet activity after the weekend storm. I had friends who ski toured up there on Monday and they got it before the melt/freeze thing.

Dr Nebz said:
Looks like fun and that spring has sprung! Lots of wet activity after the weekend storm. I had friends who ski toured up there on Monday and they got it before the melt/freeze thing.
Click to expand...

Plus the mix of whatever today brought... or blew through.
It's just good there's actually been snow lately.
You must log in or register to reply here.
Similar threads