Usually the "Fee Free Day" holidays keep me away from the national parks. They are a pretty good way for a park to over-crowd in the off season. But the big storm that descended upon the area the day before had dumped 4-5 inches of snow on the mesa. How could I not go out and see The Island In The Sky in that?

So I made the couple mile drive from Dead Horse Point to the national park. Being a small federal road, the plows left it alone. A good scrim of snow still sat on the road with a couple melting out tracks to make the driving easier. Well, easier for me. I quickly hit a bunch of cars crawling down the road. Ugh. But it gave me more time to look at the pretty snow world.

Once in the park, the line of cars in front of me all stopped at the visitor center. Sweet! From there I had the road to myself.

Stopping at The Neck, the canyon views were pretty nice. Snow juxtaposes well off red cliffs. 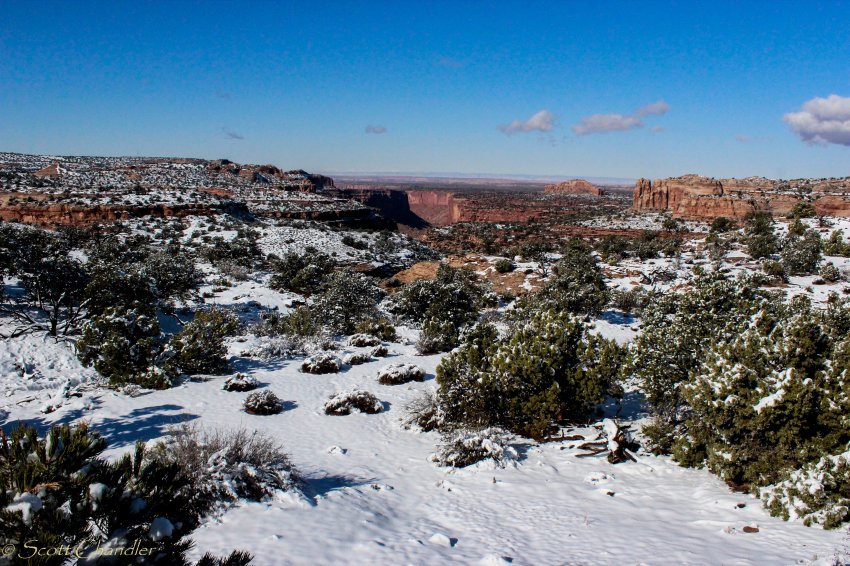 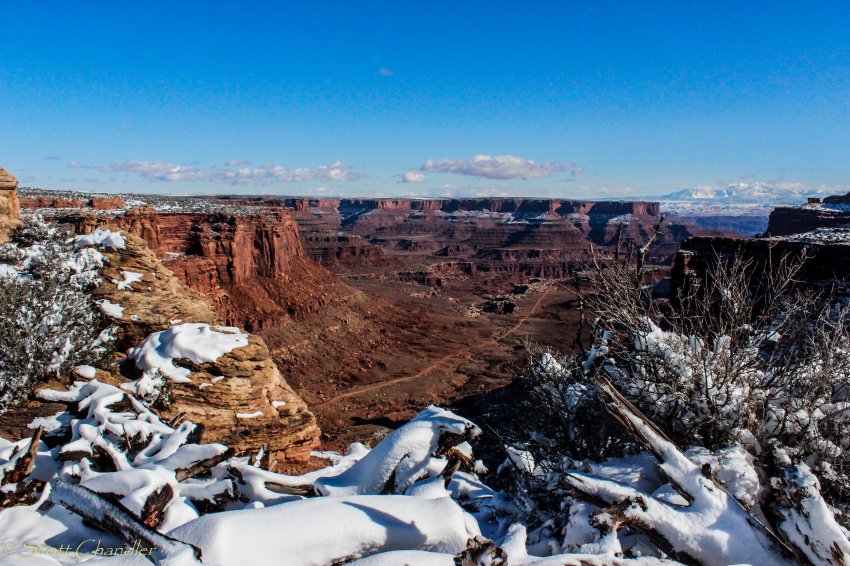 I debated with myself as to where to go to see rock and snow. It appeared that the snow did not reach the basin floors so staying higher seemed a good idea. I headed to Upheaval Dome.

Snowy Pinon at the parking lot 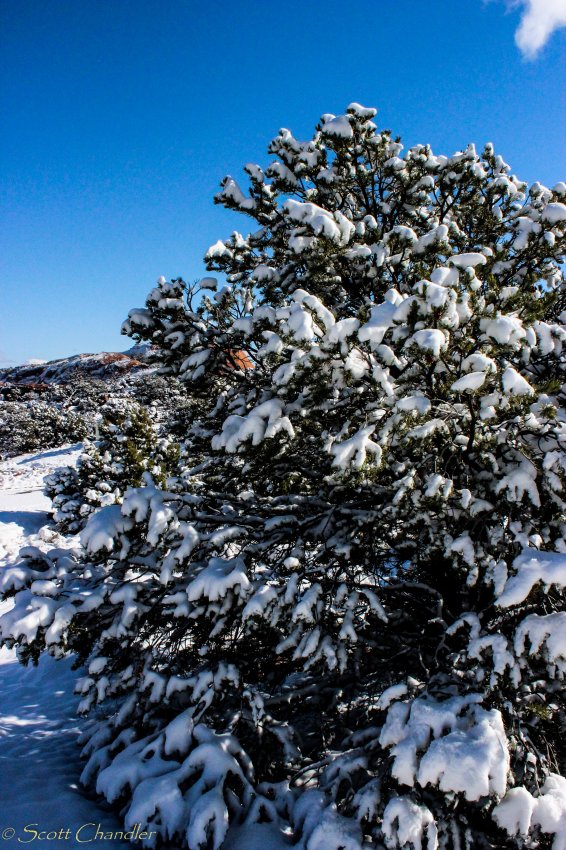 As thought, the hike was pretty nice. Watching people crawl up the snowy, muddy, puddly trail added to the fun. 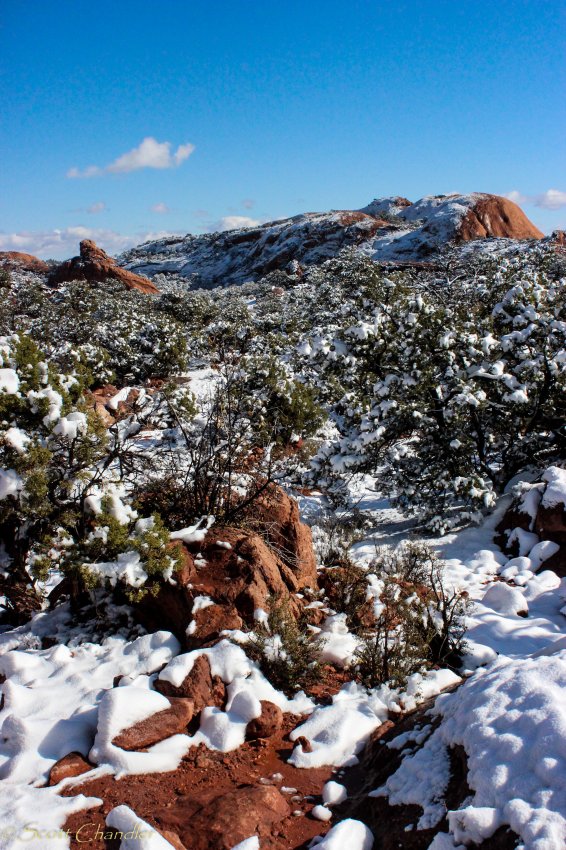 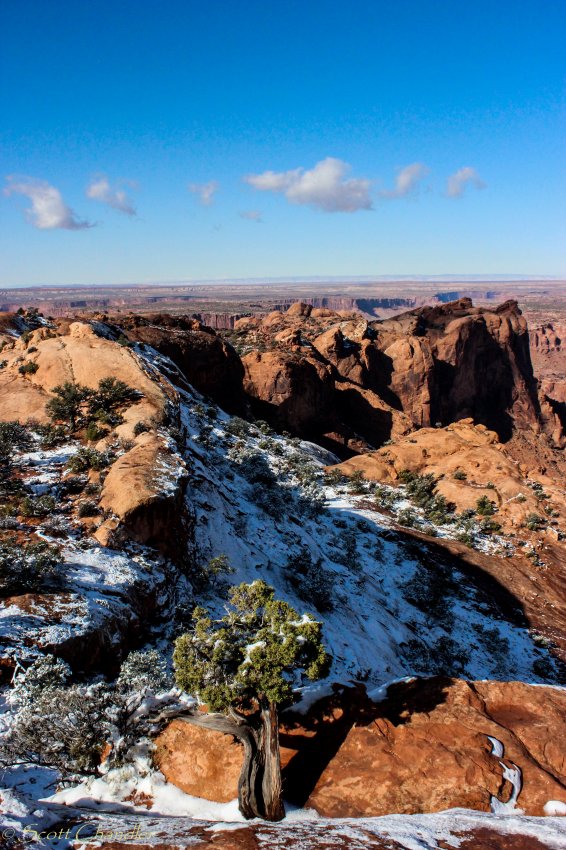 Going to the "second overlook" was admittedly a little sketchy with the snow. I decided to bail a little early on that objective and had a viewpoint to myself until someone glommed onto me like I totally didn't mind them being a gnat. Holidays in the parks are the worst... But snow in them is the best, so it evens out. 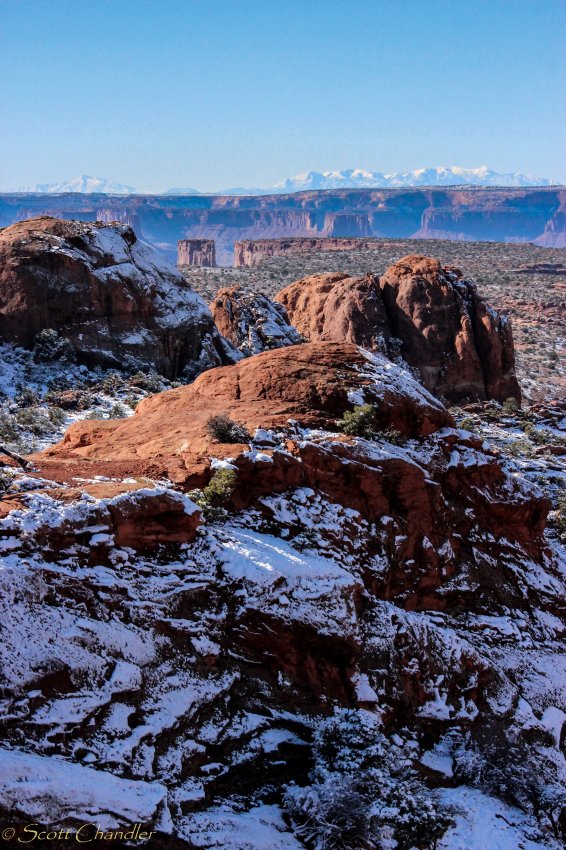 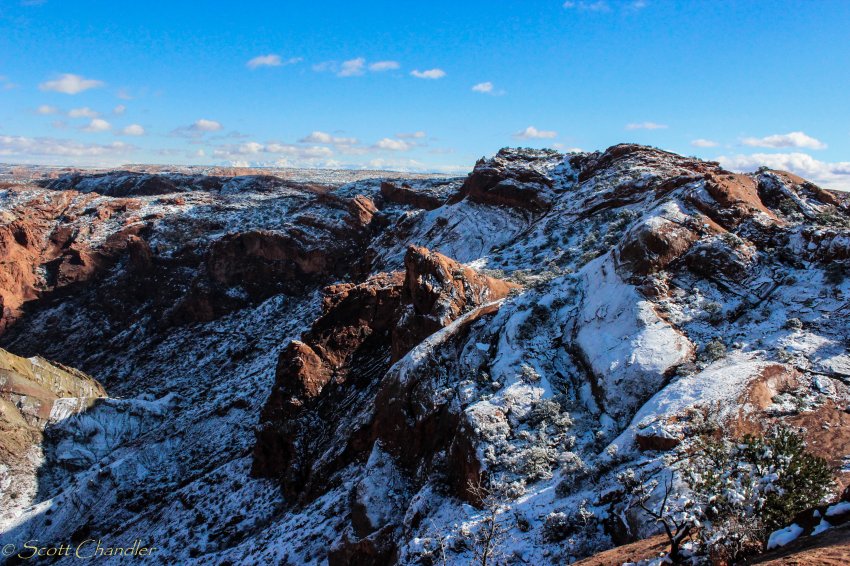 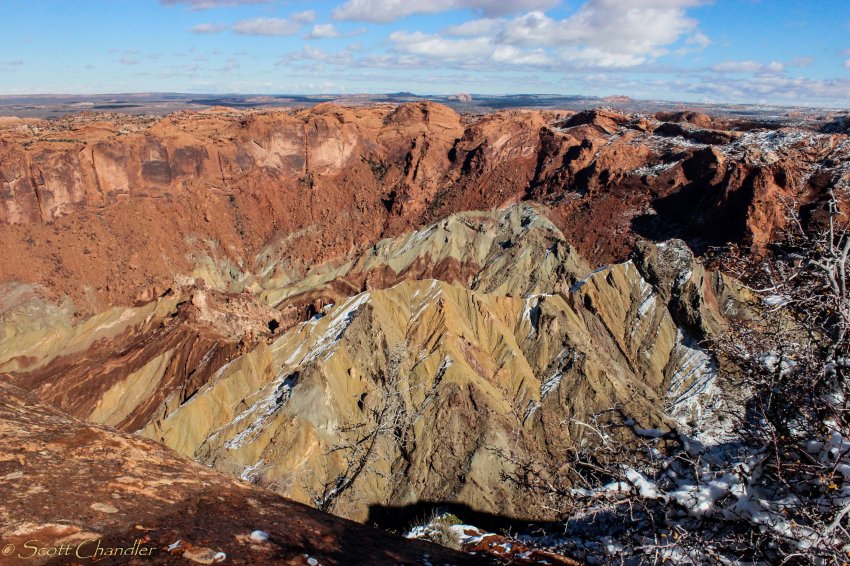 Reaching the parking lot I debated how much more to do. With a tank of gas nearing that critical point where I wouldn't be able to get down to Moab, I decided to just head home. But as the sign to the Green River Overlook appeared, I decided I could afford that great view.

One of the best views around. 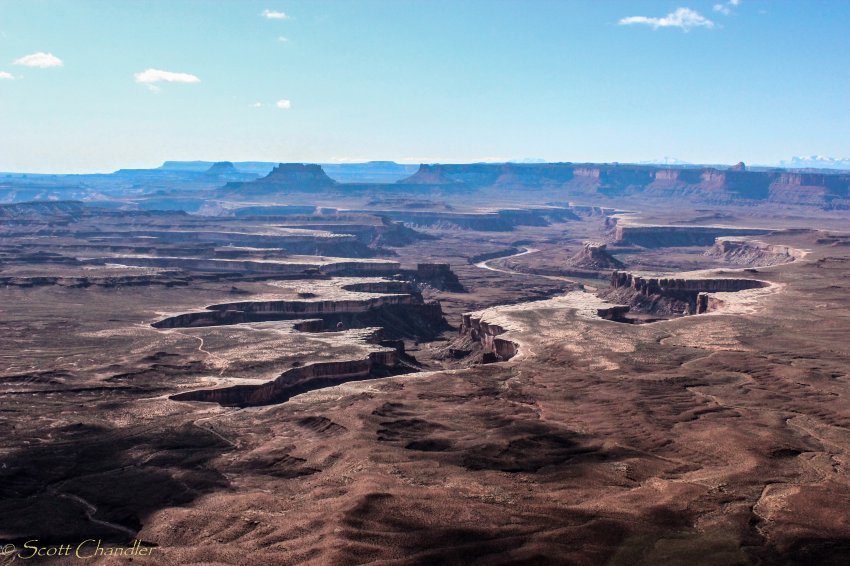 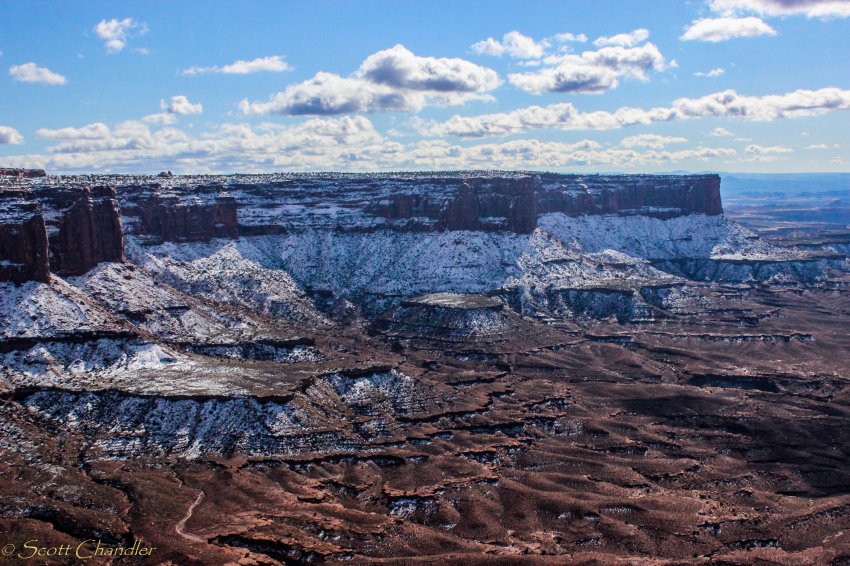 After hanging out in the apartment for a bit, I decided my day wasn't over. I went out to the Point of Dead Horse and see the sunset. I had been here for a week and still hadn't done that. 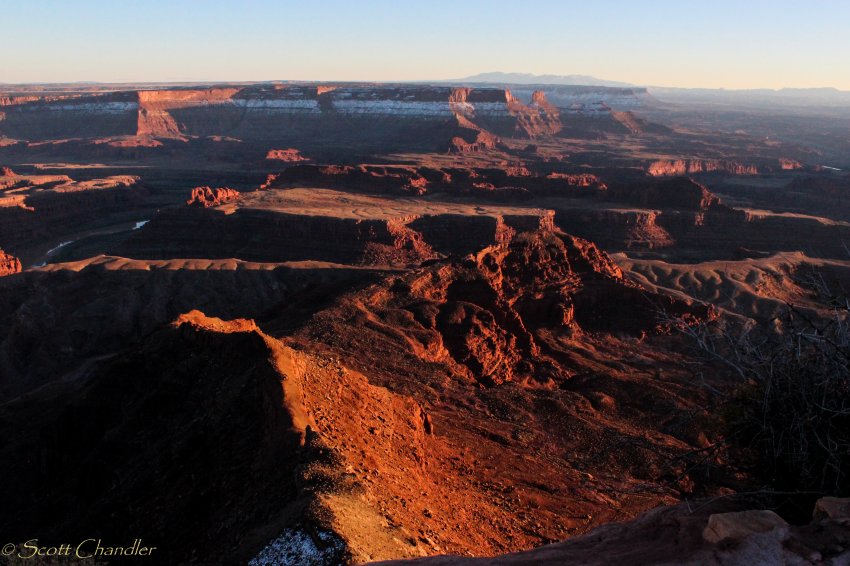 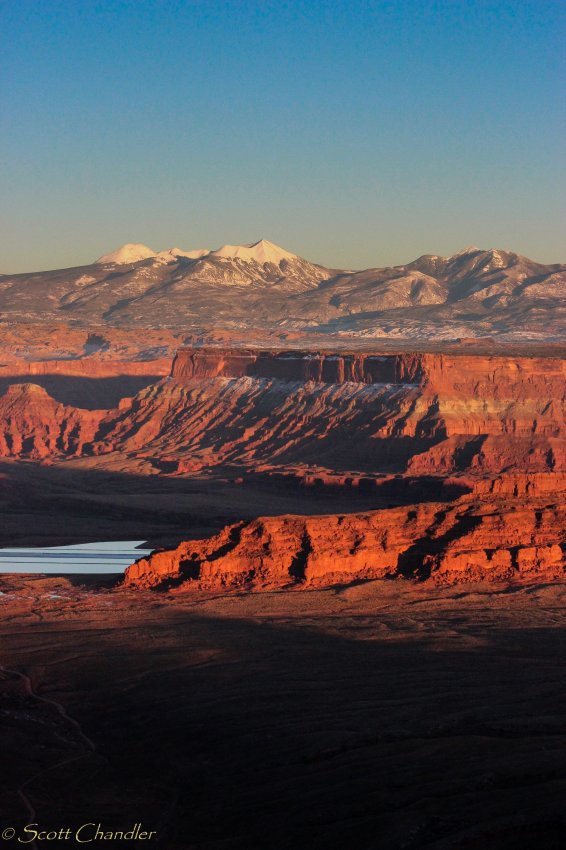 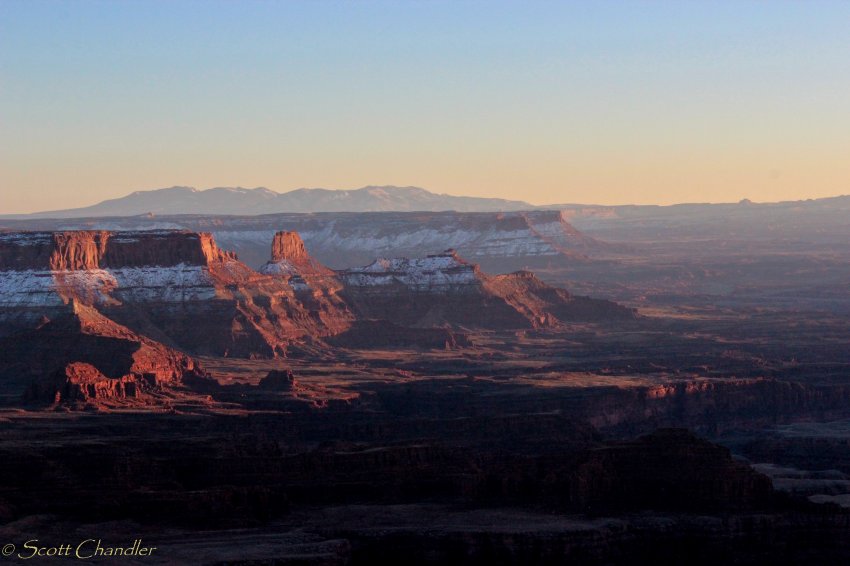 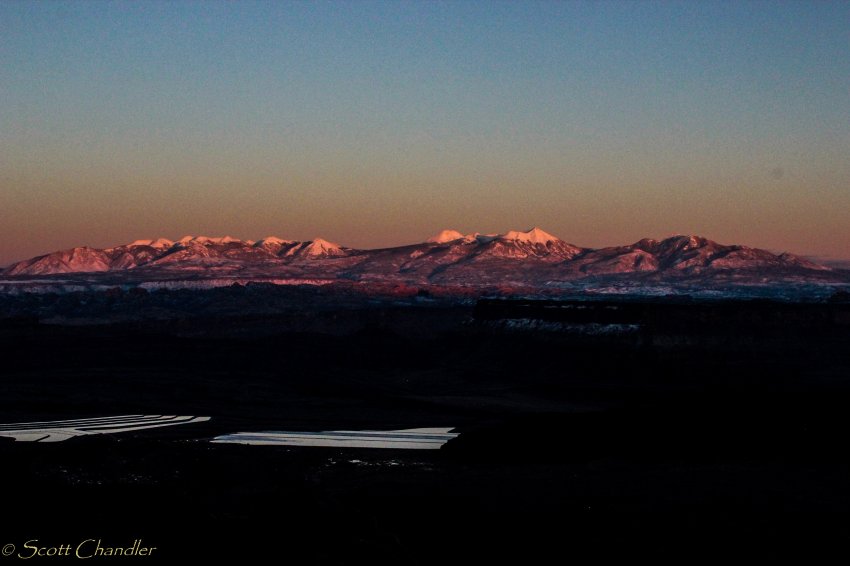 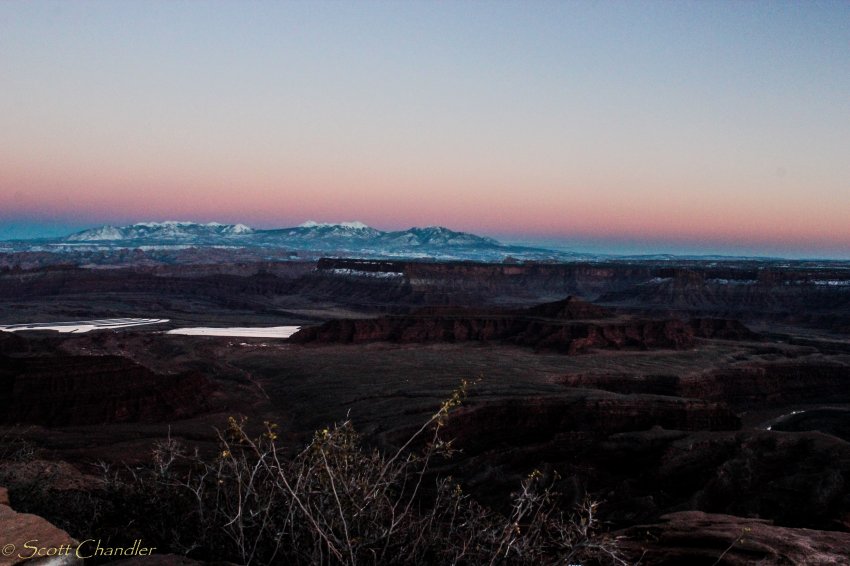 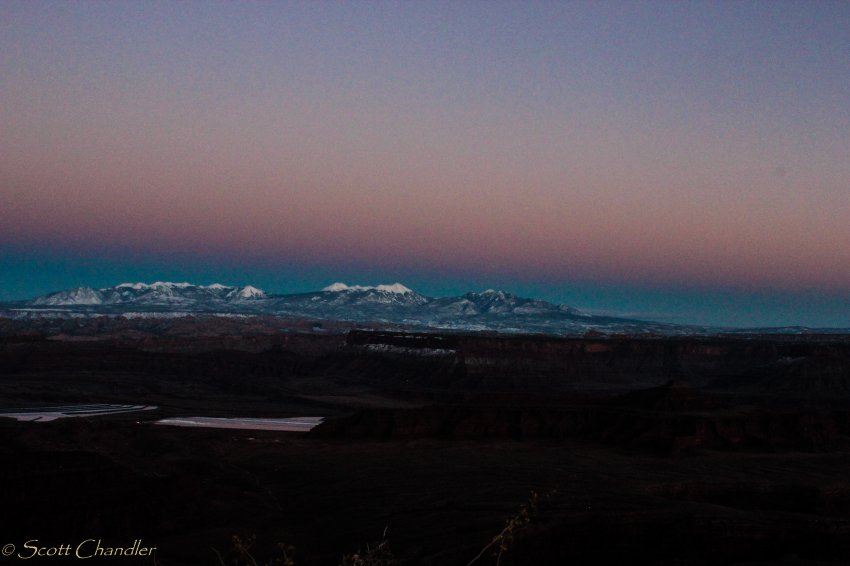 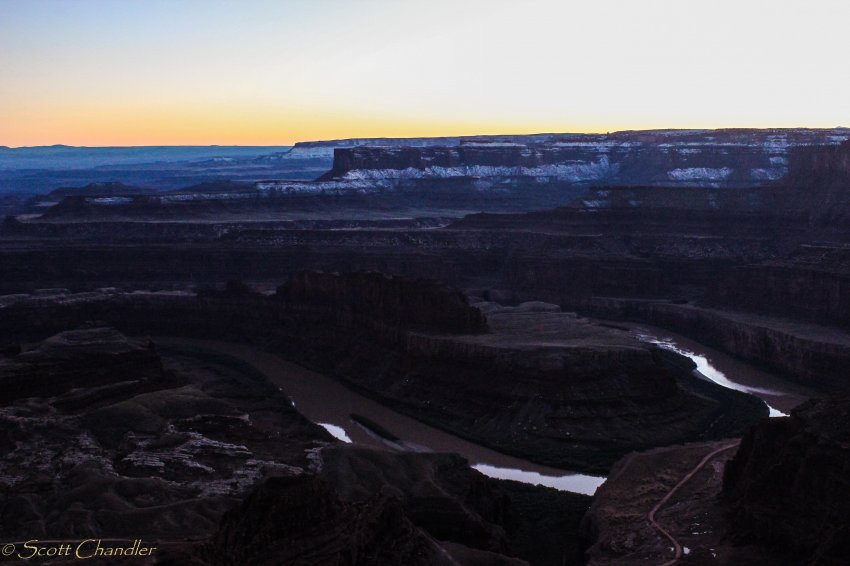 So not a bad Veteran's Day.

I love Island in the Sky when there is snow. The white layers add depth.

Awesome shots and love the commentary, lol! It killed me to hear you only had to drive a few miles to get to Canyonlands. It's 12 hours away for me!

Awesome report Scott. That's a lot of spectacular views for one day. Doesn't get much better than that.
You must log in or register to reply here.
Similar threads