I've been too busy the past month or so running around the mountains to get my trip reports done. I spent all weekend trying to get caught up...I'm almost there. Here is one from my trip to the Weminuche in Colorado:

From 30 Aug 12 to 3 Sep 12, I took a four day backpacking trip in the Weminuche Wilderness in Colorado with two friends. We originally planned to do five days on the trail, but, as many longer trips usually go, the plan was modified as we went. I picked one friend up at the airport on Thursday afternoon, and we drove to Grand Junction. We got up on Friday morning and drove to the trailhead at Squaw Creek where we met the other friend. We were a little late due to trying to figure out why in the world there are so many Texans in the Lake City, CO, area, but this is a phenomenon I have noticed before, and I still don't have a good explanation. We then drove to the Ute Creek Trailhead. The plan was to start here on Friday and end at the Squaw Creek Trailhead on Tuesday. We hit the trail around 1 pm, and immediately crossed the Rio Grande. Even though we weren't far below the Rio Grande's headwaters, it was still big enough to require a wade...and because we were near its headwaters, it was cold. 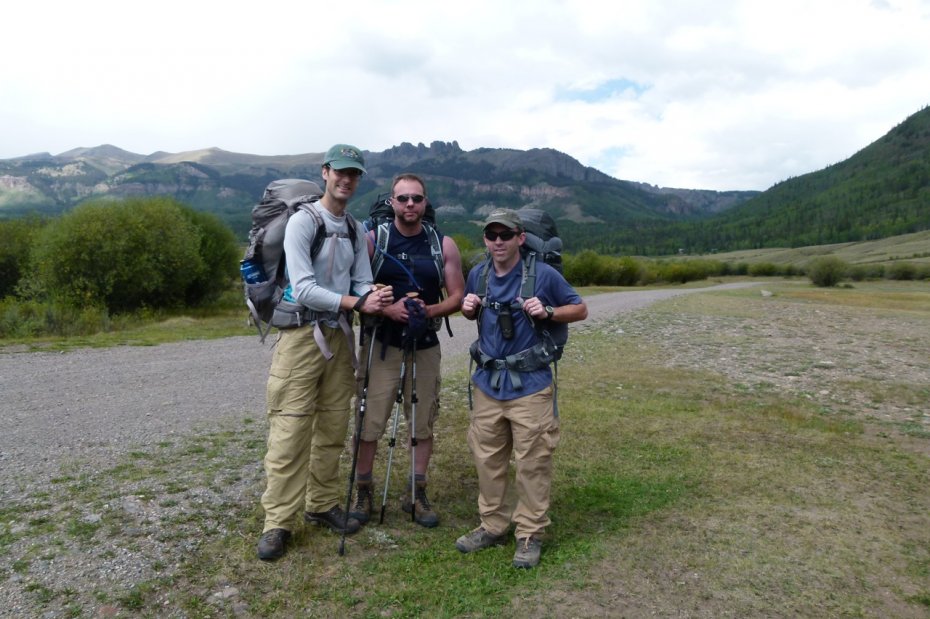 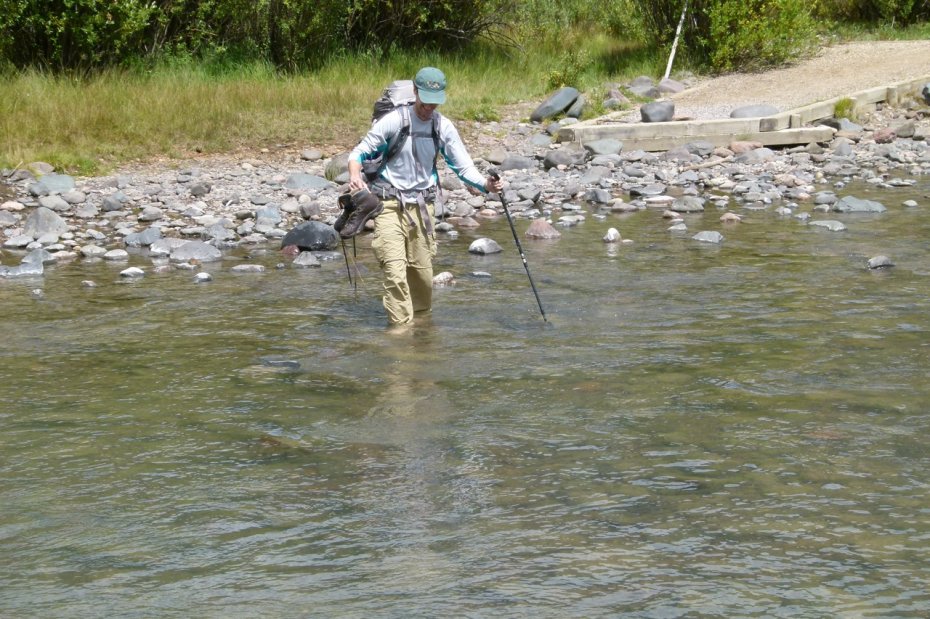 The rest of the day was mostly just forested through a canyon of Ute Creek. I had expected an open meadow like Squaw Creek, but it was more of a canyon. There was one significant climb just before getting to Black Lake at about 10,800 feet, but the hiking wasn't too bad. We only saw one group of bow hunters all day, and we decided to camp at Black Lake.

The next morning we dropped down to the confluence of East, Middle, and West Ute Creeks, and the creek opened up into a really pretty meadow. 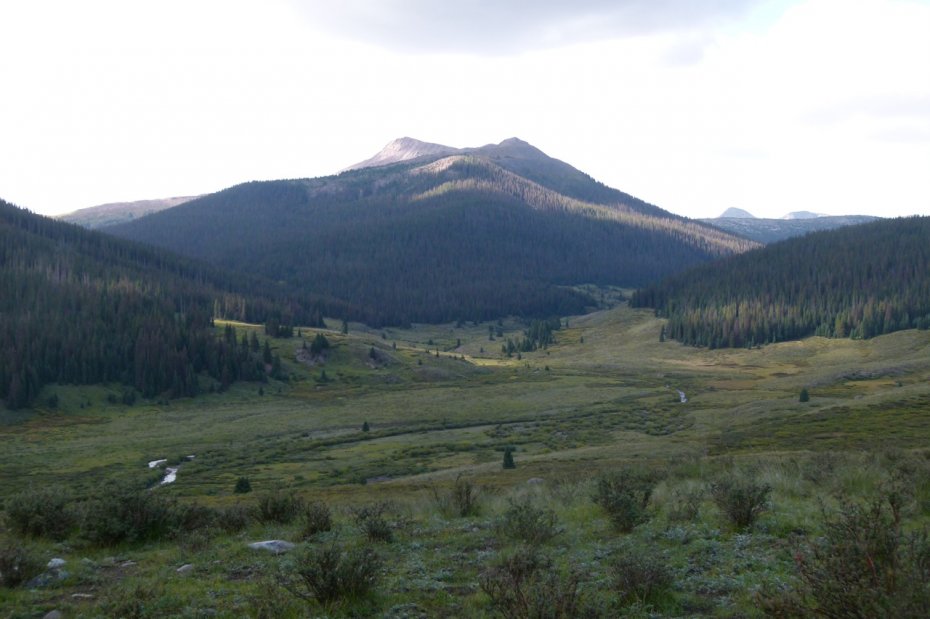 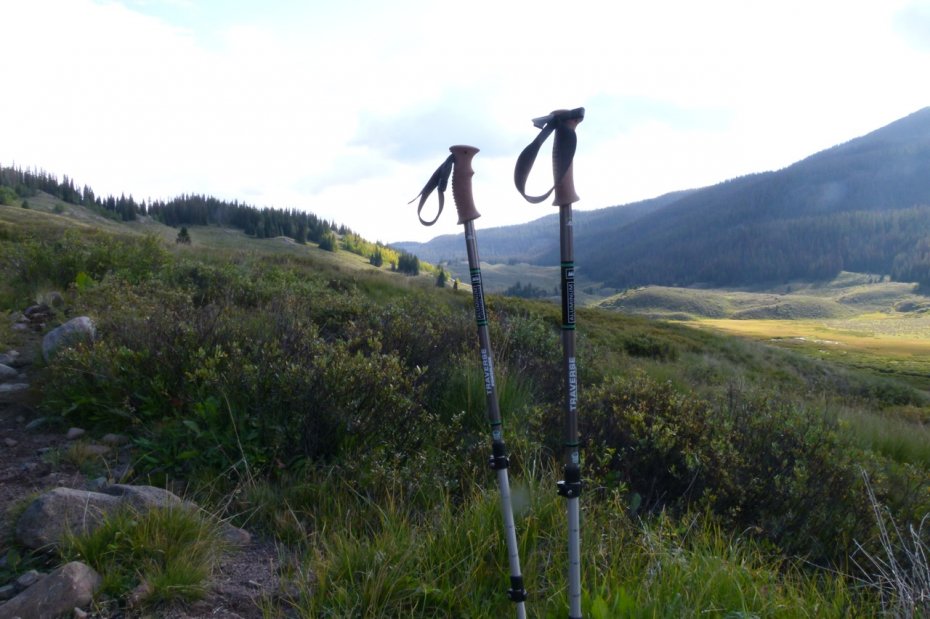 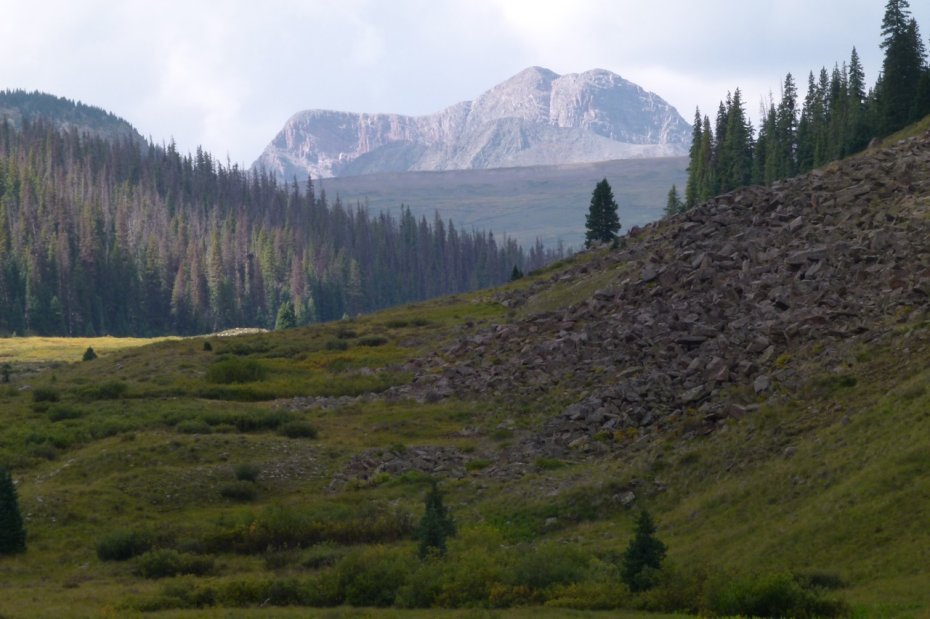 Once at the confluence of Middle and East Ute Creeks, we had a decision to make. The plan was to head up Middle Ute and hit the Continental Divide Trail, hoping to camp around Ute Lake for the night. However, we were getting a little worried about our pace, and the Middle Ute route was something like 9 miles further to get to the same place as the East Ute route. After some debate, we decided to take the East Ute route, so we headed up that way. There was another short climb, and then East Ute opened up into really nice meadows below the Continental Divide. We saw a lot of bear scat along this section of the trail, and we had seen a lot of bear tree scratchings on Ute Creek, but we never saw any bears. 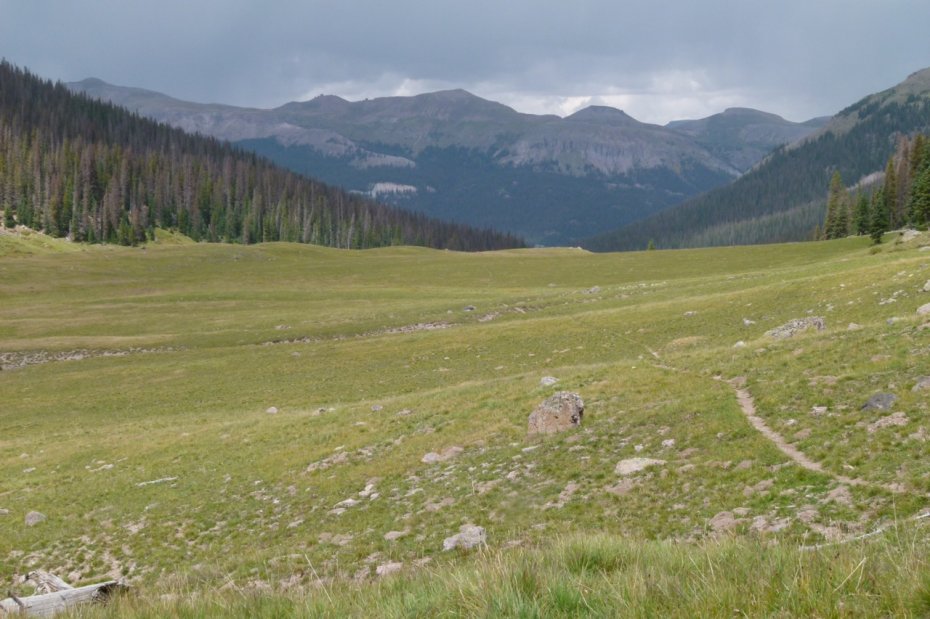 At the end of East Ute, we made the climb up to the Divide at about 12,000 feet. The view from up top was nice, especially down into the Rincon La Osa valley on the opposite side of the Divide. 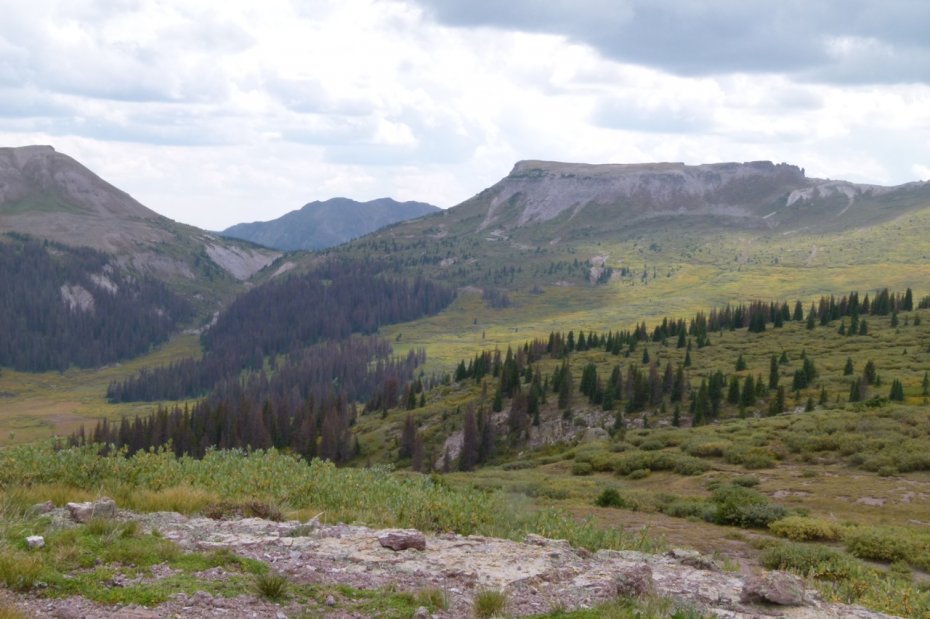 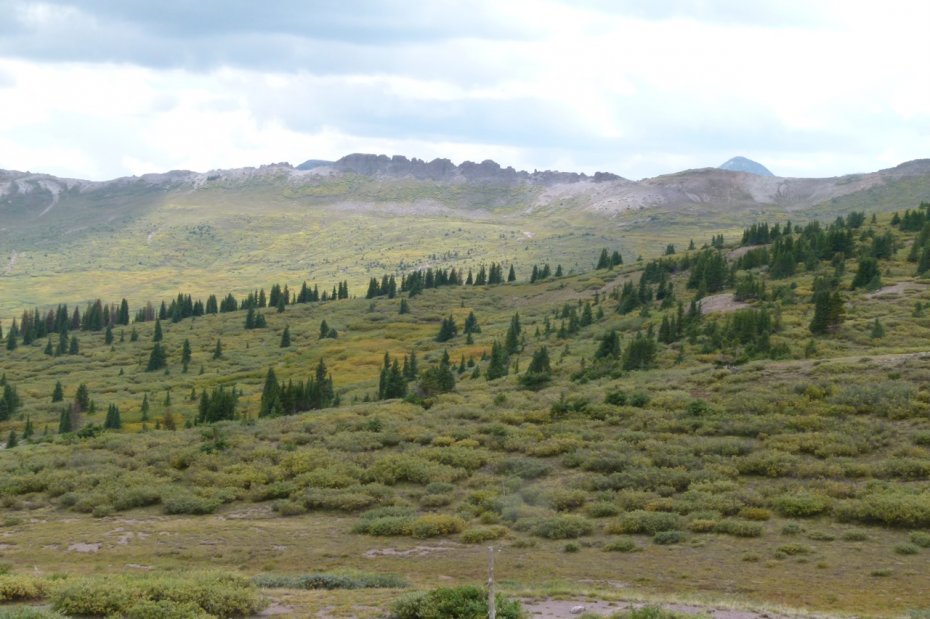 The plan from here was to turn south (left) onto the CDT and hike it all the way to Squaw Creek. Looking at the map, though, we realized that we had really only done about half of the day's climb, and there was still a good ascent coming up. I also realized, for the first time, somehow, that the CDT was going to drop nearly 2000 feet down to the Pinos River the next day, and then we would have to regain all of that 2000 feet back onto the Divide to continue on to Squaw Creek. That seemed silly. And as I was looking down into the pretty valley of Rincon La Osa, and then back at the map, I came up with a new plan: head down to Rincon La Osa to Pinos River, then Pinos River to the Weminuche Trail, and take the Weminuche out to the Squaw Creek Trailhead. Awww...that omitted every single one of the upcoming ascents. My friends liked the idea, too. So we dropped our packs and spent an hour or so hiking around on the Divide, and then we headed down to La Osa. We found an early campsite above the valley that was really pretty, and settled in for the evening.

We got some rain overnight, and spent some time in the morning drying out our gear. We then headed down to Rincon La Osa. The valley at the bottom was absolutely beautiful. We spent an hour or so just sitting in the grass enjoying the valley. We had heard coyotes the night before, and we saw one down in the valley. 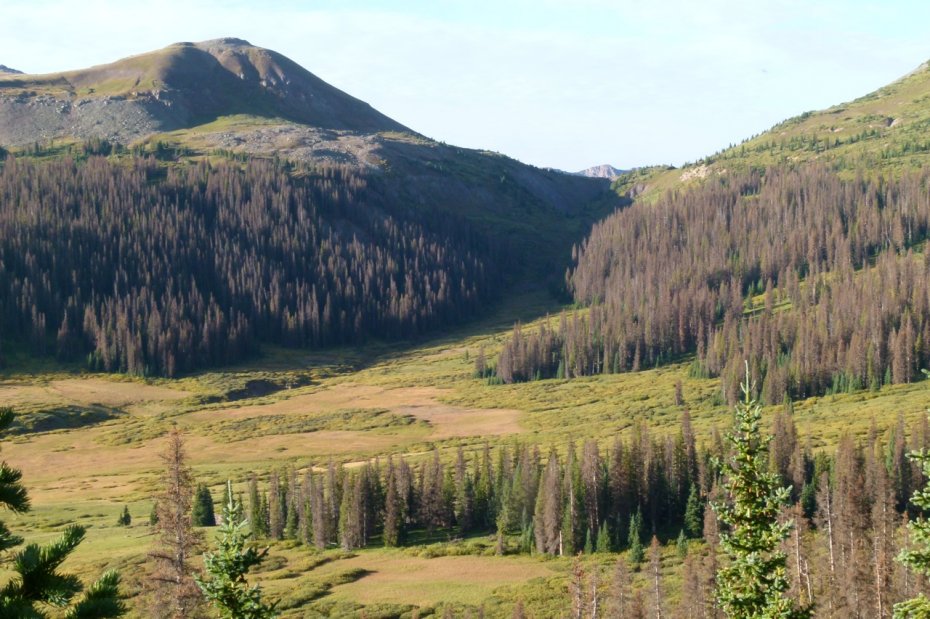 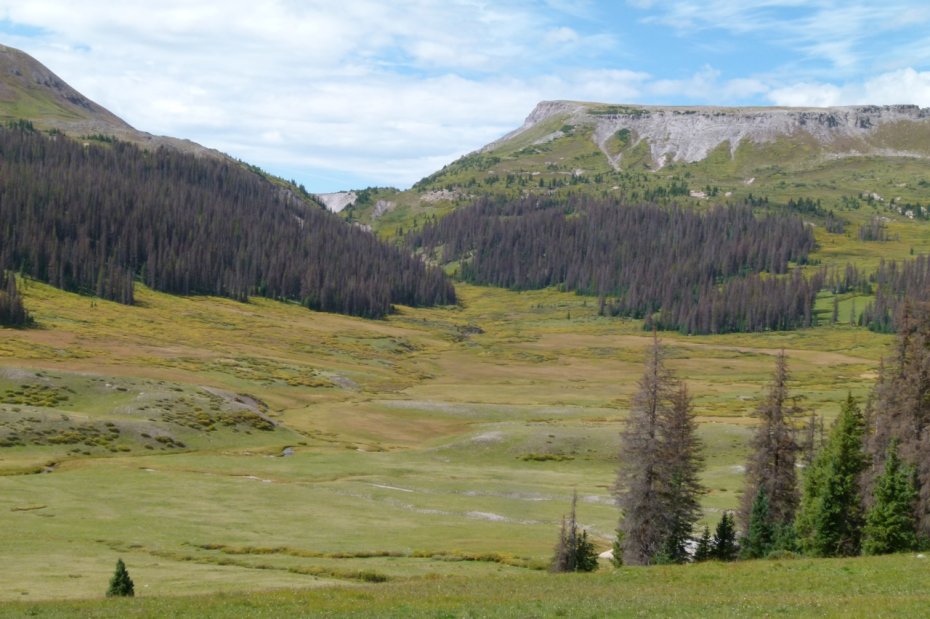 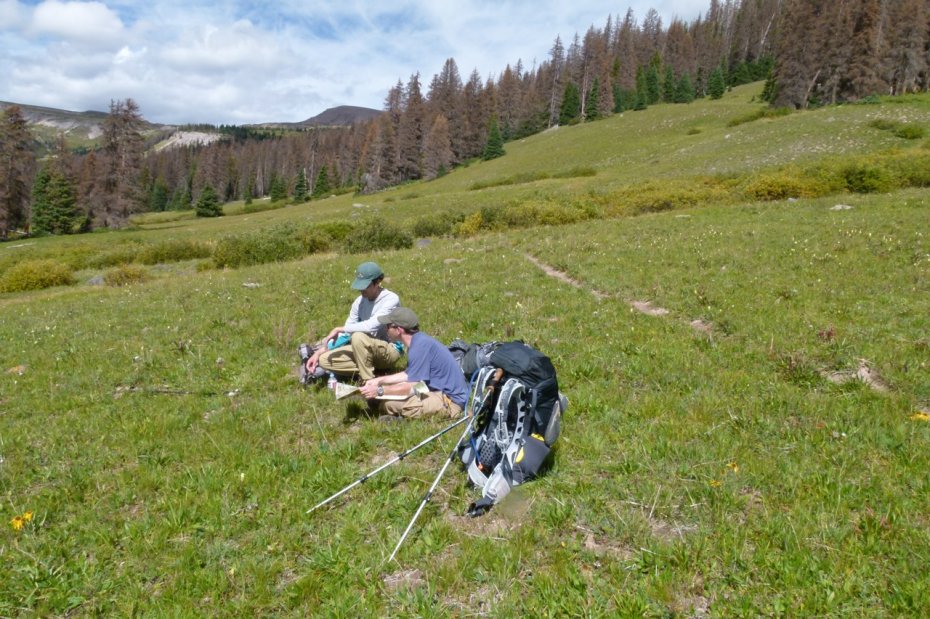 Eventually the valley closed in, and there was a lot of granite that just seemed more like it should have been in Wyoming than in Colorado. We eventually reached a very steep descent down to Pinos River. The descent was really long, and fairly steep in places...it would not be a fun ascent to make. Once we reached Pinos, we were greeted by a nasty hail storm. We took cover in the trees, glad we weren't up on the Divide, and continued on once it passed. 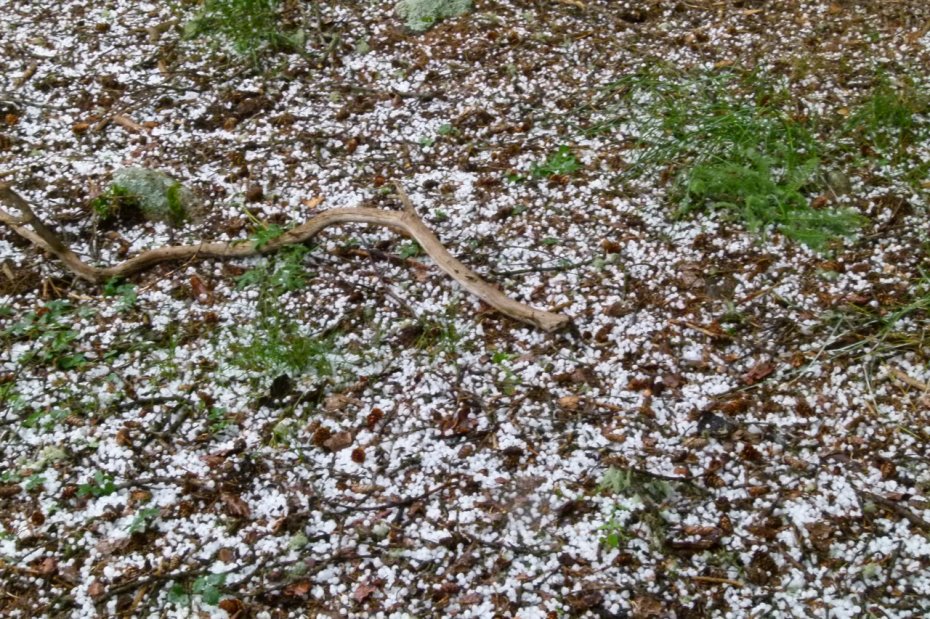 We were now on a trail that connected directly to a trailhead, and it was the weekend (and the Labor Day weekend), and while we had not seen more than one group per day up to this time, we started to see a few people. We only saw three groups, but I knew it was portending what was to come. After a short climb, we eventually found a campsite above the river. The forest around our camp was very wet and mossy...it seemed more like something from the Olympics than the San Juans. We even thought it rained some overnight, but I think it was dew falling.

The next day, Monday, was the last day of the trip. We continued to the Weminuche Trail, which intersected where we had originally planned to come off the Divide, and were glad that we weren't climbing the 2000 feet back up onto the Divide. 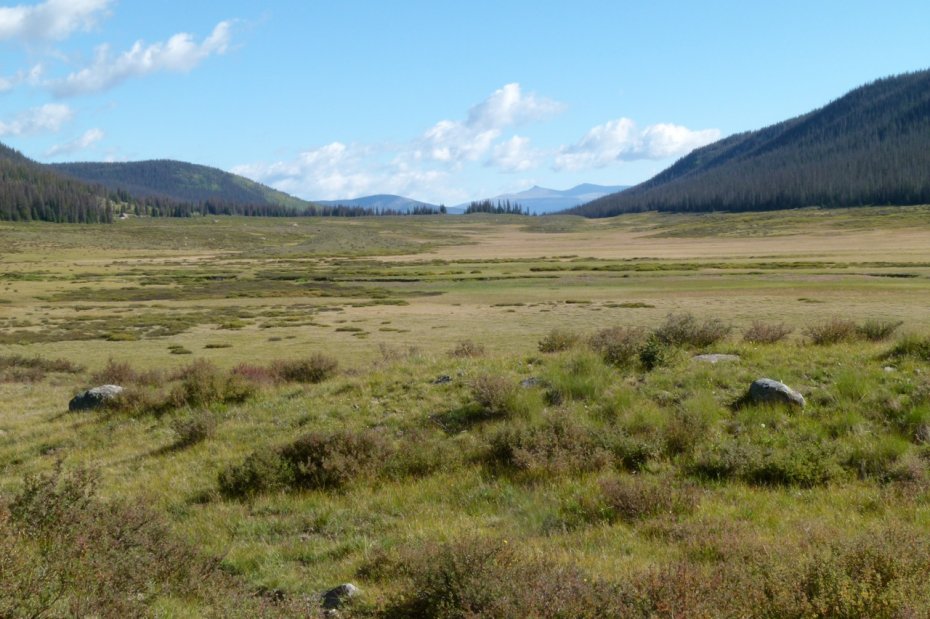 We also saw quite a few more people, including hunters ferrying in gear. We even saw one guy who had already made three trips of over 7 miles each way with gear for his week long hunting trip. There was also a guy doing about 8 miles in wearing cowboy boots. I just don't get it. We eventually got to the descent down to the Rio Grande. This was another long descent that I would not want to make as an ascent. We saw several dayhikers who were doing the ascent, which surprised me, because the ascent would have been long, tough, and completely without views until the valley at the top. 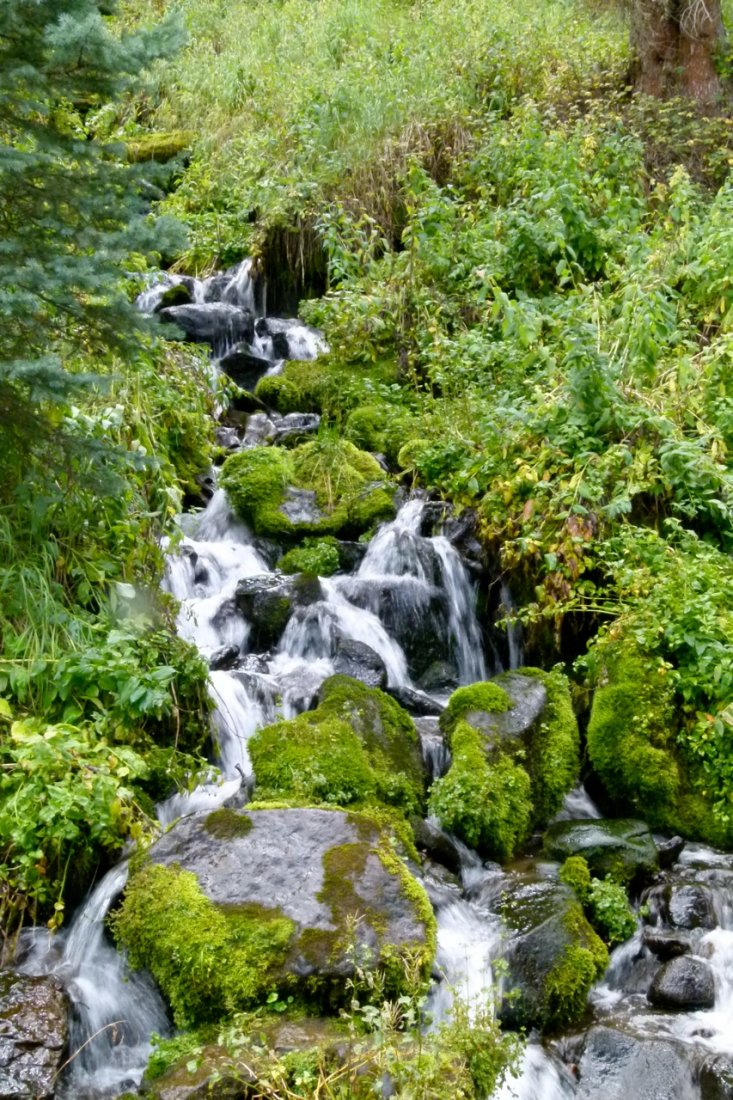 But we made it down and back to the car. After getting back to my truck we headed towards Durango, and spent Tuesday driving the long way through southern Utah to get back to Salt Lake.

We saw almost nobody for three days of the trip on a Labor Day weekend...it's hard to beat that. Looking out toward Chicago Basin from the Divide, we knew it was likely a madhouse down in there around the 14ers.

Just another great trip in Colorado!

Cool trip....I'm hoping to spend a little time in the Weminuche next year
Randy Langstraat | ADVENTR.co

Nice report Aldaron ! This adds to all the cool places in Colorado that IntrepidXJ has posted previously. Thanks for the report.
Those who suffer huge personal blows can either give up or learn and prosper from said blows.
-Donnie-

The beetle killed trees are pretty bad! It's amazing how they turn red, grey, and dead.
www.simpleweekends.com

Very cool. I had never even heard of this area before. Thanks for posting!
IG: @backcountrypost

It's nice up there. And since it's so far south, I think it tends to melt out sooner in the spring than Utah does.

And I'm just glad that no one has asked who the short guy is in the group picture!

And, yeah, the beetle kills are depressing. It's really amazing how extensive it is. And it's sad to think that we'll never see those forests alive in our lifetimes.

nick said:
Very cool. I had never even heard of this area before. Thanks for posting!
Click to expand...

It's only the biggest wilderness area in Colorado!
Randy Langstraat | ADVENTR.co

IntrepidXJ said:
It's only the biggest wilderness area in Colorado!
Click to expand...


What is this 'colorado' you speak of?
IG: @backcountrypost

Is there a head-in-hand emoticon? Oh, yeah, there it is: 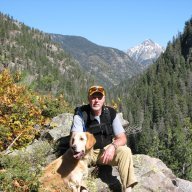 Unfortunately this area was hit hard by the West Fork Complex fire over the past week. Thirty Mile campground is gone. Last report they are trying to keep the fire from the dam on the Rio Grande reservoir. With all the beetle kill in the area this fire complex has spread fast. Sad.