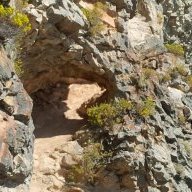 I took two of my boys, ages 10 and 7, to Erickson Basin Aug. 3-5. This was the first backpacking trip for Fisher who is 7 and the third trip for Justin who is 10. Both boys did great!

We drove to the Upper Setting trail head on Thursday morning. The last couple of miles of road to the trail head is pretty rough and was slow going. When we reached the trail head at 11 am, there were only two other vehicles parked there. We threw on our packs, and got started.

Justin and Fisher at the trail head 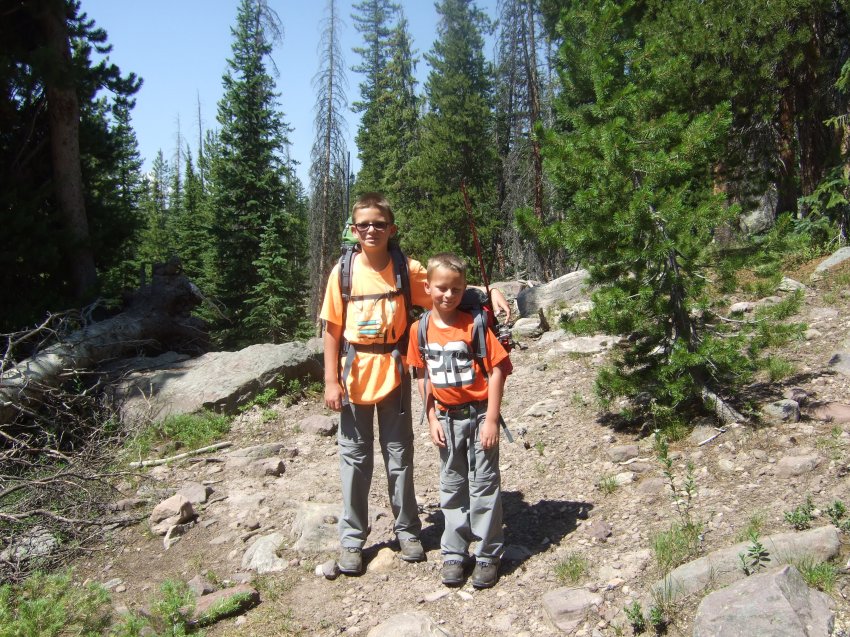 We decided we would hike to East Shingle Creek Lake where we would stop for our lunch. The hike from Upper Setting trail head to East Shingle Creek Lake is a nice easy hike. There is pretty good shade along the way. About half way to ESCL you pass by a pond covered with lily pads. My boys were hoping to see a moose here, but unfortunately no luck. 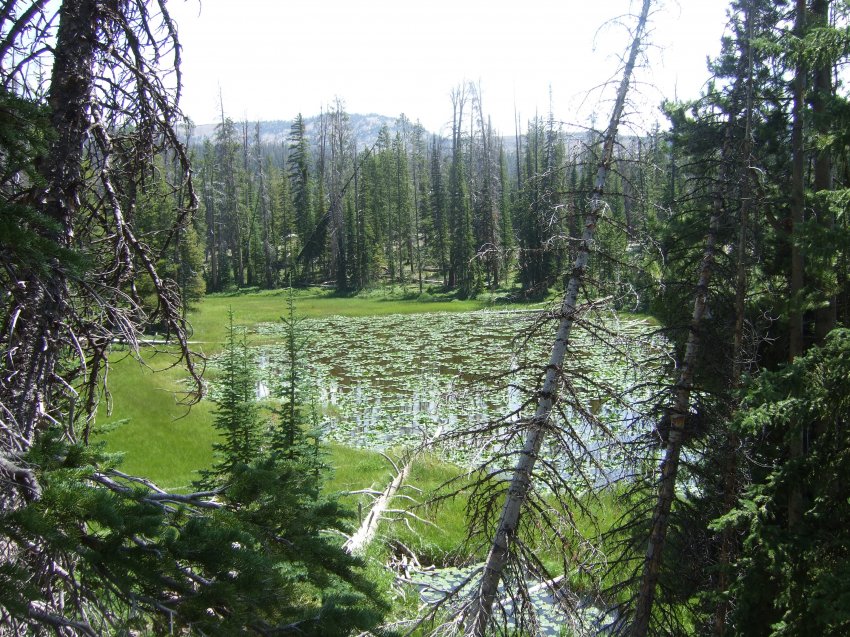 My boys hiking along the trail. 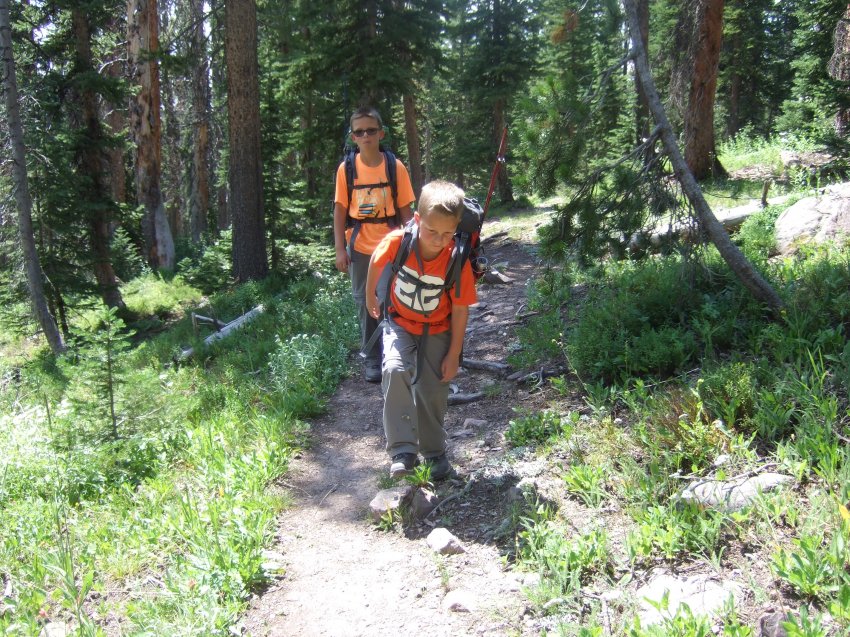 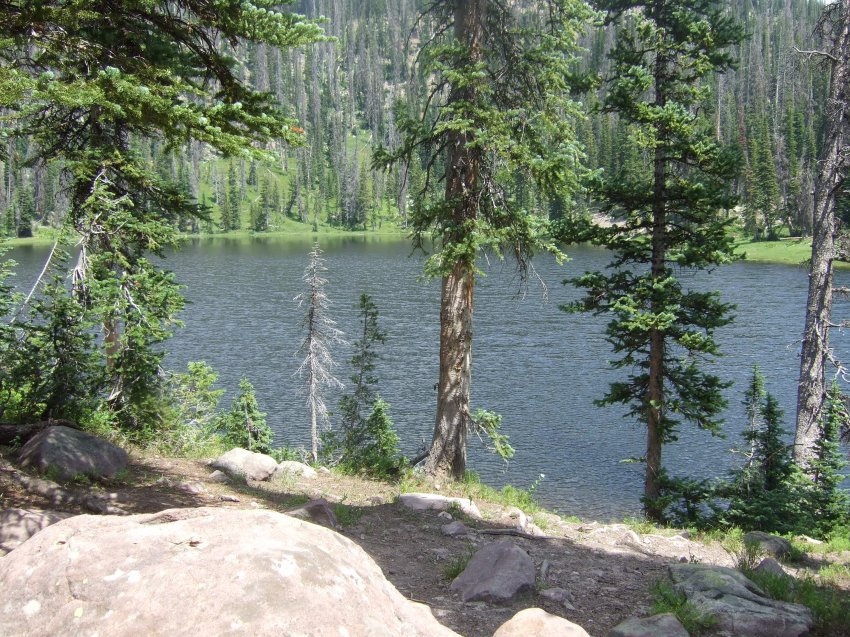 After lunch at East Shingle Creek Lake we headed up over the pass into Erickson Basin. The half mile from ESCL to the pass is the steepest part of the hike, but it was not bad. One in the basin, the trail is fairly level to South Erickson and North Erickson Lakes. We had planned on camping at North Erickson Lake, and when we got there, no other people were camped at the lake. 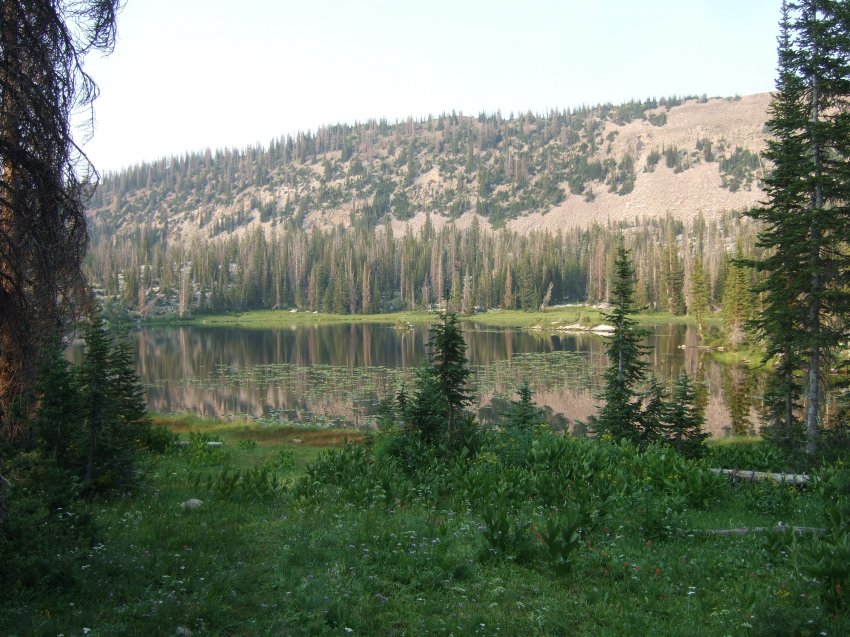 Our camp. Three of us in a three man tent was a little tight. I'll have to start looking for a four man tent before next years trip. 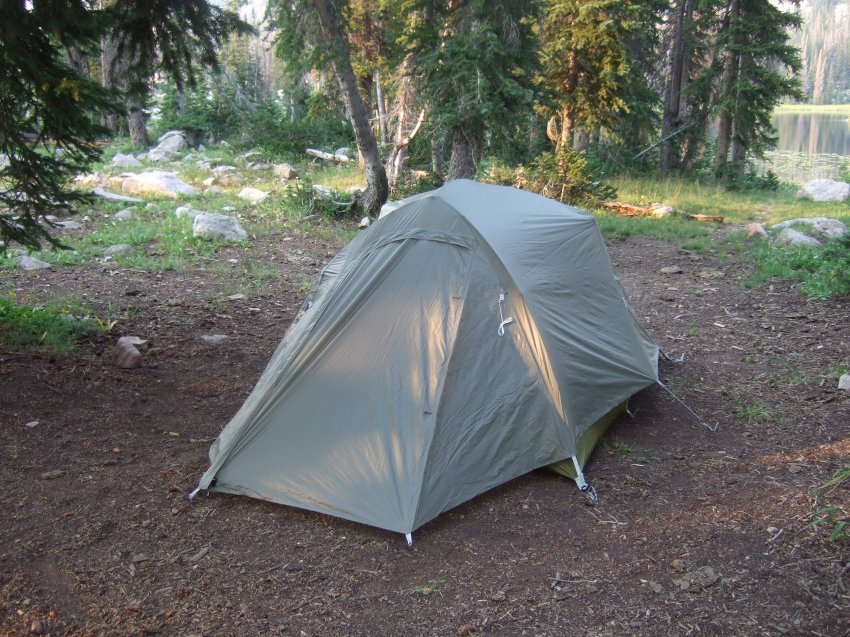 For the next two days, we hiked around the basin and fished at North and South Erickson lake. The fishing was not great, be we did manage to to catch a couple. We didn't see any other people until Thursday night when a group of scouts came by on the trail. We saw a few other groups on Friday and Saturday. I was concerned since this basin is on the Western edge of the Unitas and short hike that it might be really crowded, but at least on this weekend it was not. 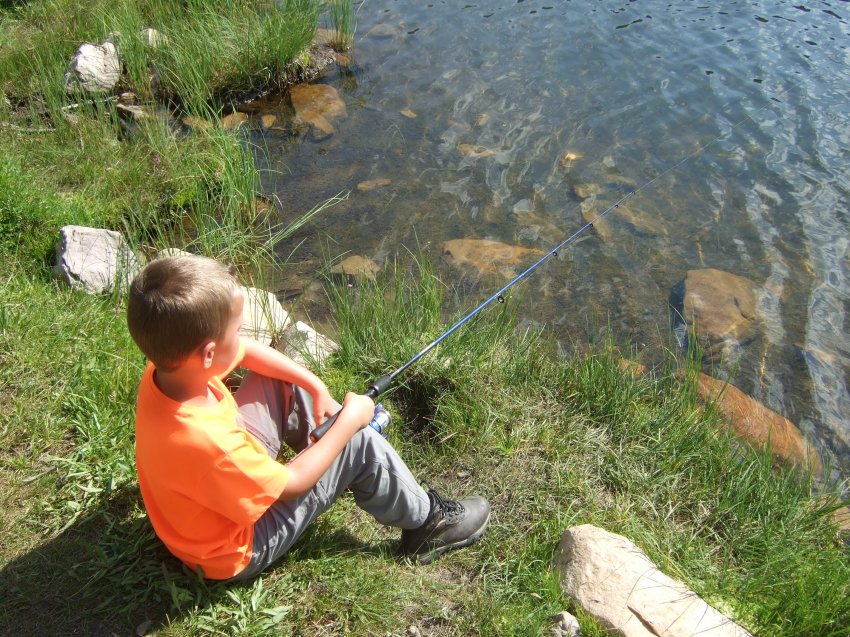 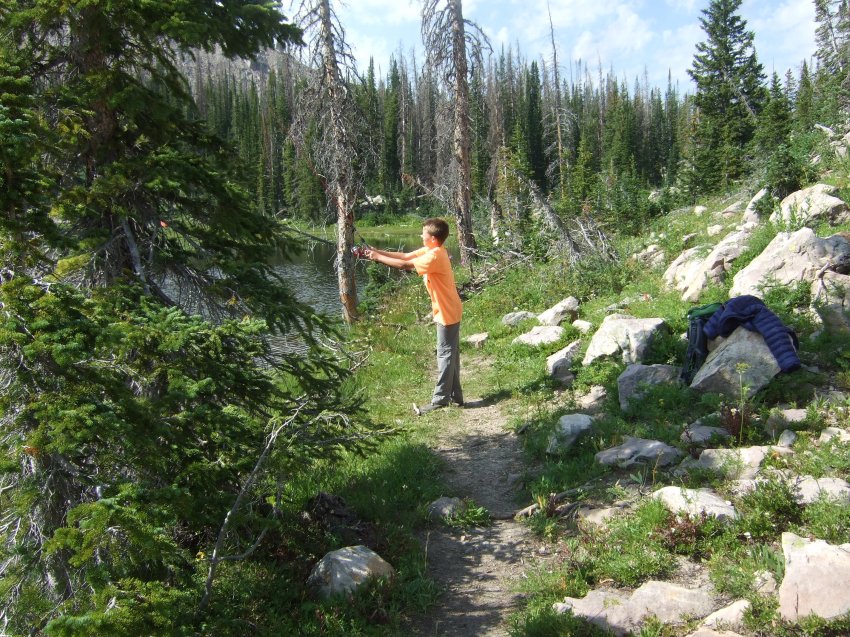 Justin proudly showing off a fish he had caught. 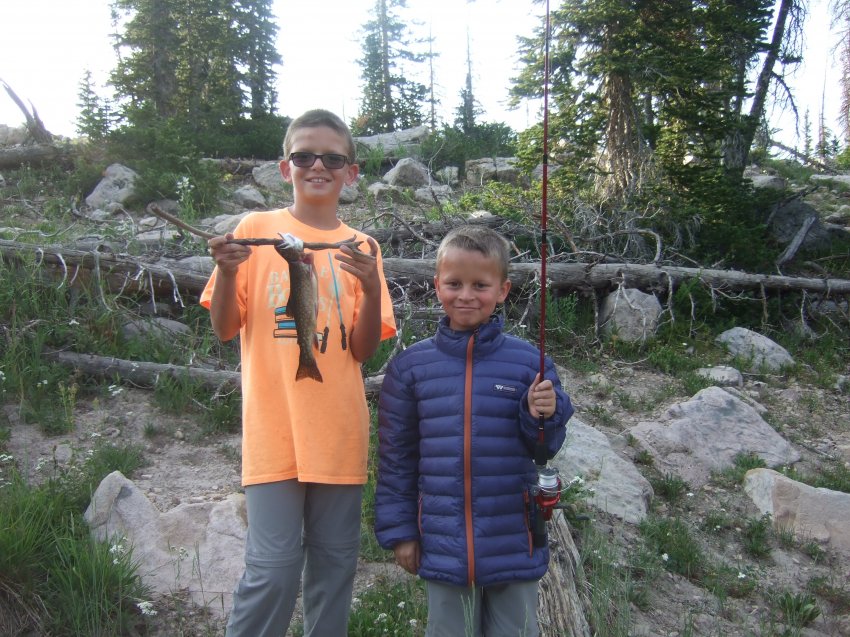 He wants to eat every last little bit. 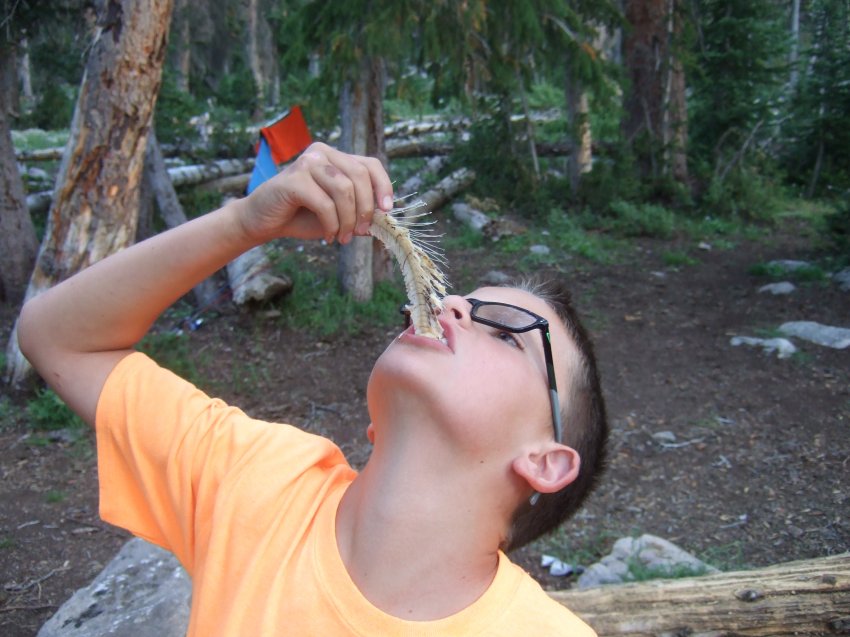 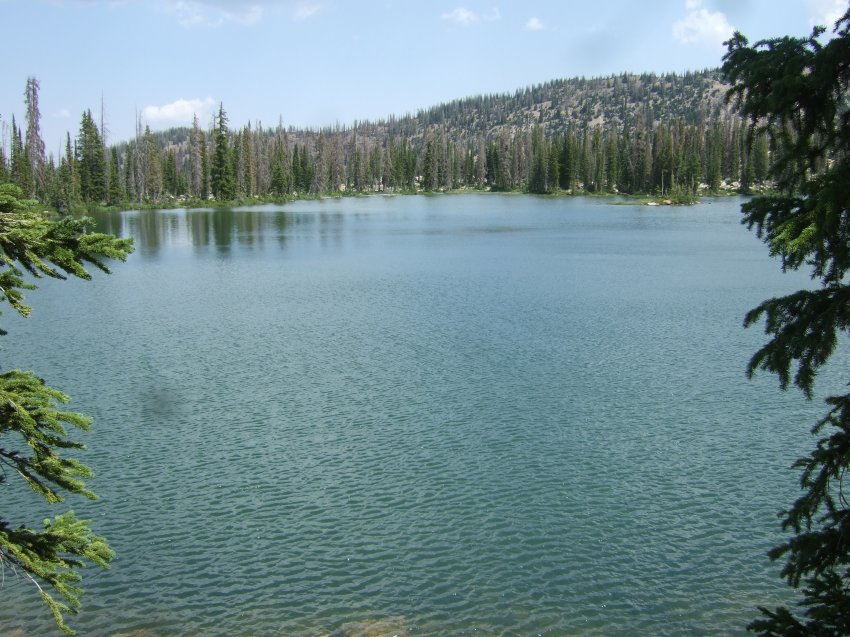 The fishing at South Erickson was not very good, so Fisher decided it was way more fun to through rocks in the lake. 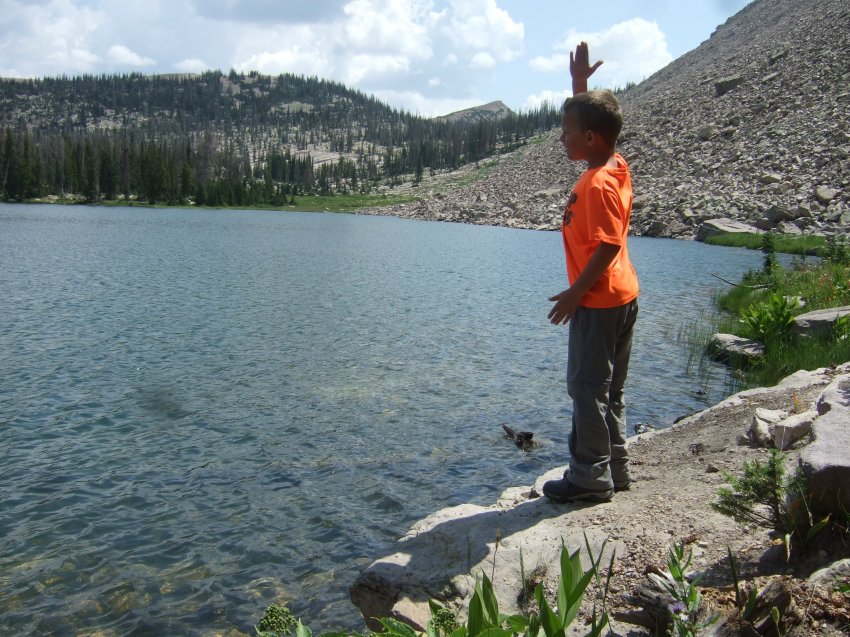 This is one of my favorite pictures. I love when they don't know you are there, the pictures are more genuine. 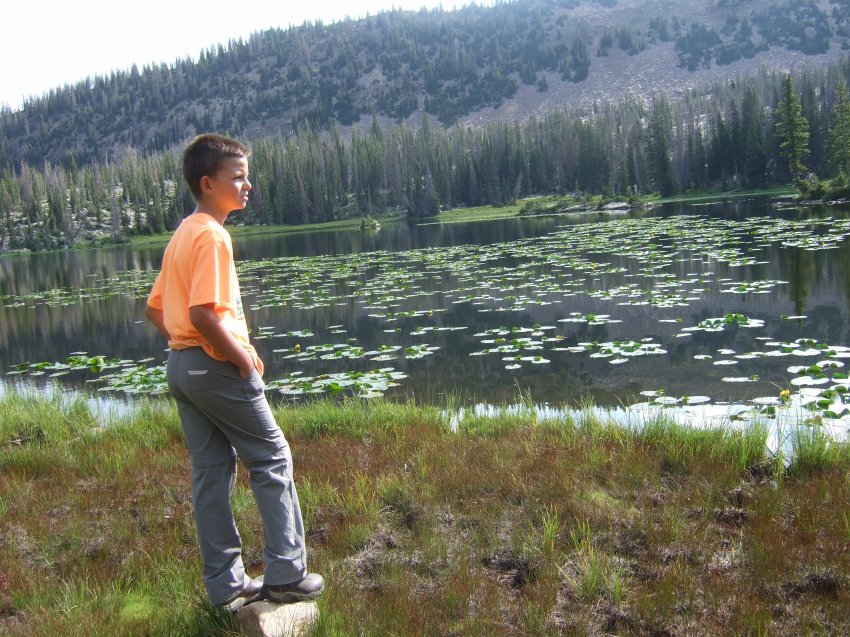 Saturday around 1pm we headed back towards the trail head. I love the opportunity I have to share these experiences with my boys. It's a fun tradition that we've started that I hope will last for many, many years.

Way to get those boys out. Just what I like to do with my kids. Looks like they had a great time with some great memories made. 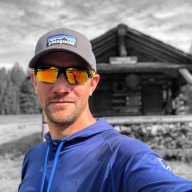 Looks like a fun time. I love seeing parents getting their kids out into the Uintas. 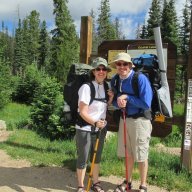 It is so good to see you get your boys out there, we have made the same tradition (mom comes too) for several years. The boys enjoy these trips more than something say, Disneyland. Your boys will never forget these trips. Good on ya!
You must log in or register to reply here.
Similar threads