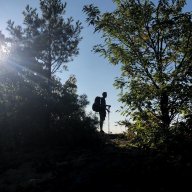 I've been lurking on this site for a couple of years and have learned a lot of great information that helped me plan trips to the Winds and elsewhere, so I figured it was about time I posted but I wanted my first trip report to highlight something from my neck of the woods. Last weekend we made it up from our home in Madison, WI to the Trap Hills segment of the North Country Trail in the UP.

Not as popular as the Porkies or Pictured Rocks, the Trap Hills are arguably just as beautiful and, with overgrown trails, no developed campsites and no permits, don't feel nearly as domesticated. And while the Midwest is flat, this trail is decidedly not. According to Caltopo we tallied a total elevation gain of over 5800 feet in 28 miles. In many, many increments of 150-300 feet each. The trail profile resembles a heart rate monitor.

Weather was humid but otherwise perfect and the fall colors were just starting to show but still a couple of weeks from peak. Perhaps the best part was that we saw no other people in 3 days except for a glimpse (and noise) of ATVers when we crossed an ATV trail on day 2. 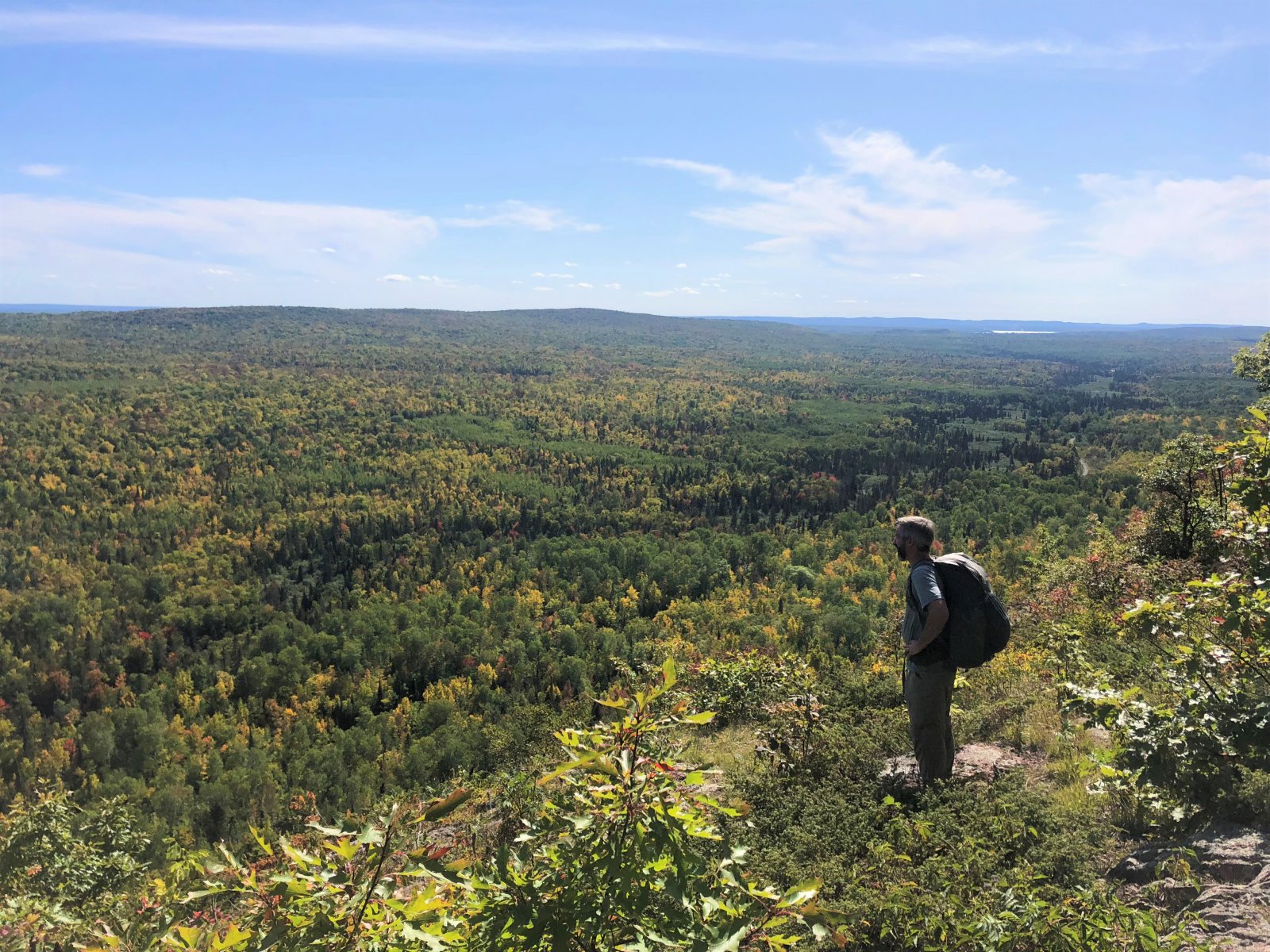 No major wildlife sightings, but we saw plenty of interesting prints in the fresh mud along the trail. We also listened to the howling from a resident wolfpack on the first night. 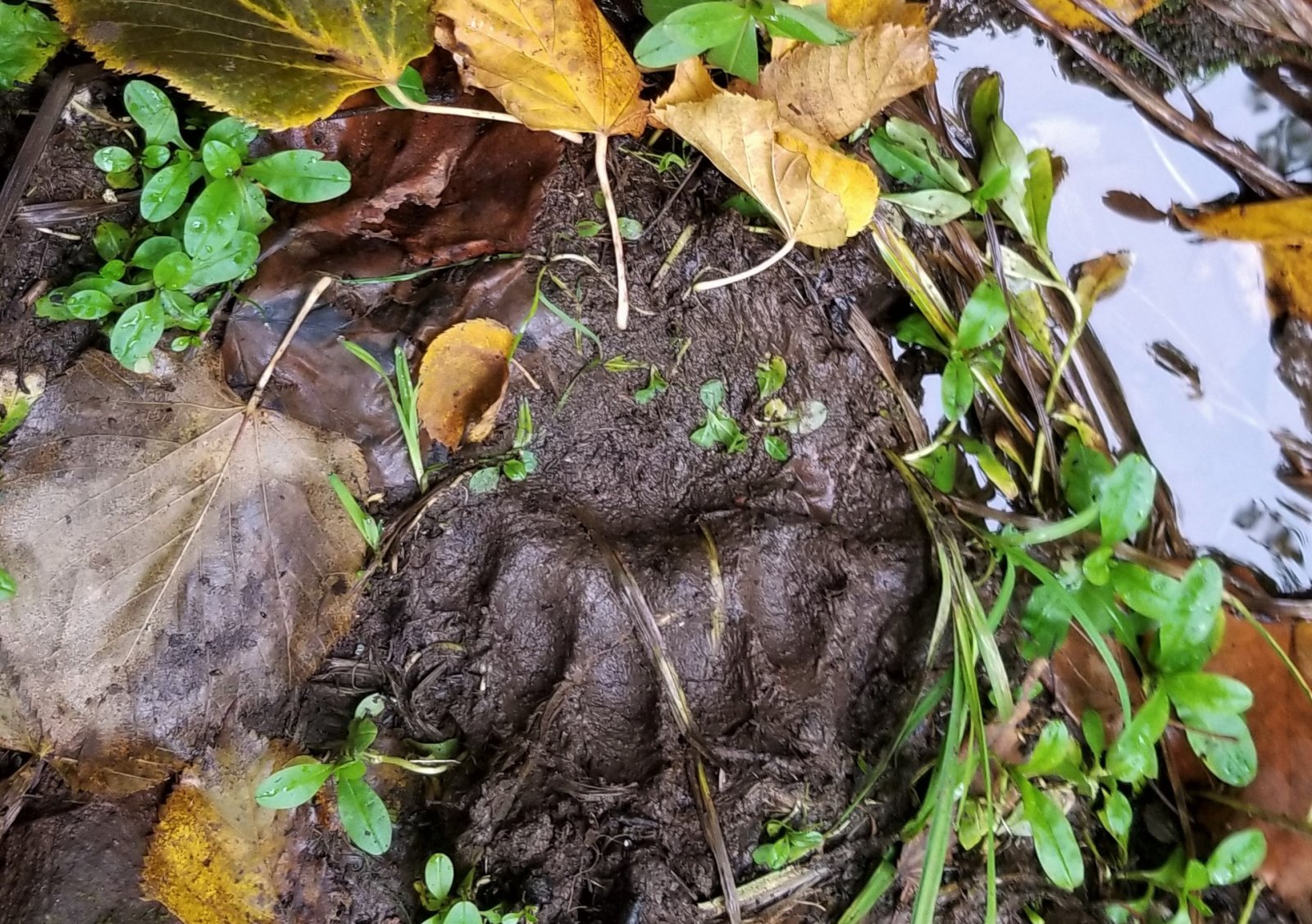 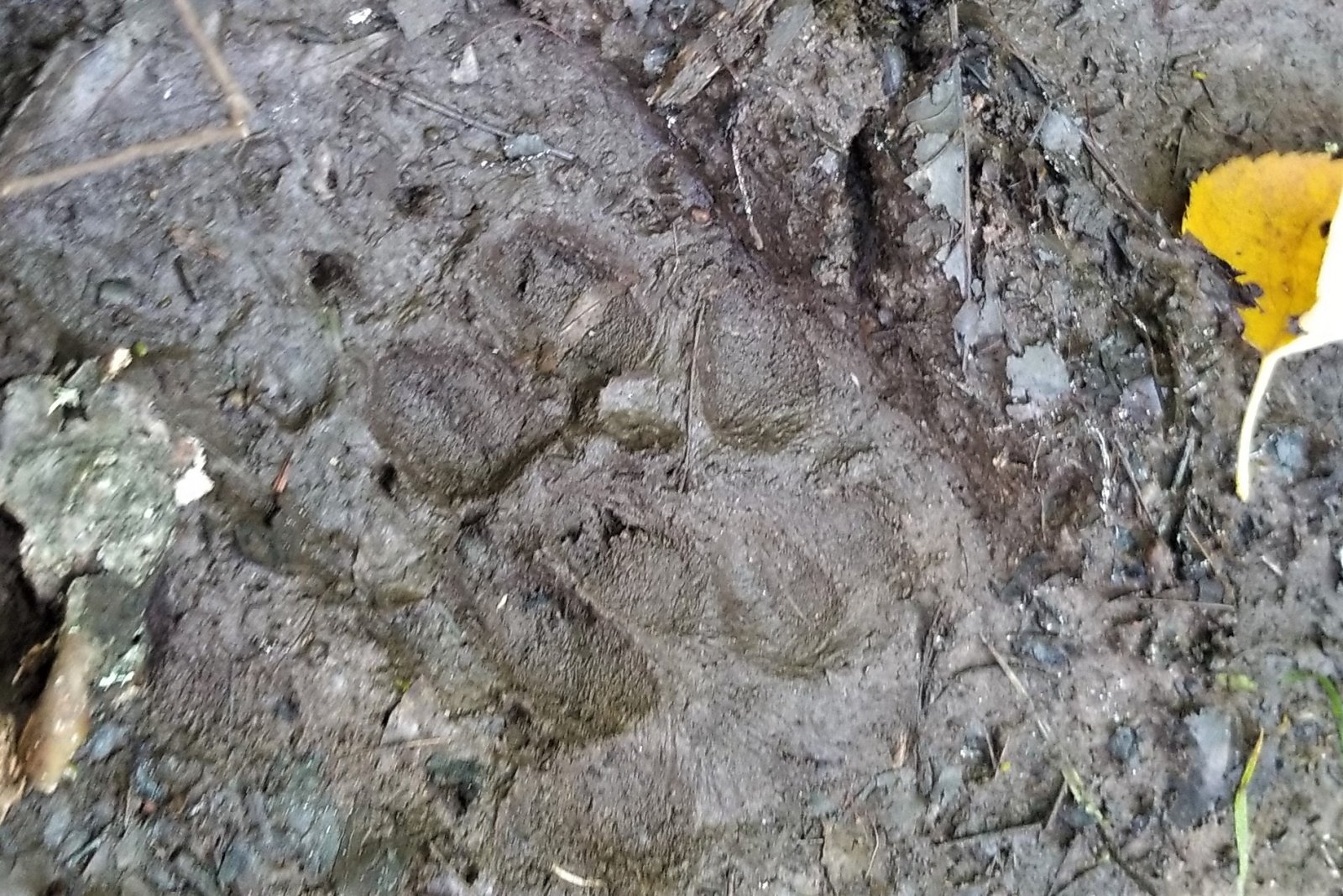 Lots of beaver activity as well. You can just make out the large beaver house in the below picture, among a massive set of beaver ponds. I am always fascinated by the ways beavers can radically transform their environment.

Since the leaves turn at the top first, as we walked through the forest it was incredibly green, but then we would pop out on the top of a bluff for spectacular views of fall color among the sea of trees as far as the eye could see. 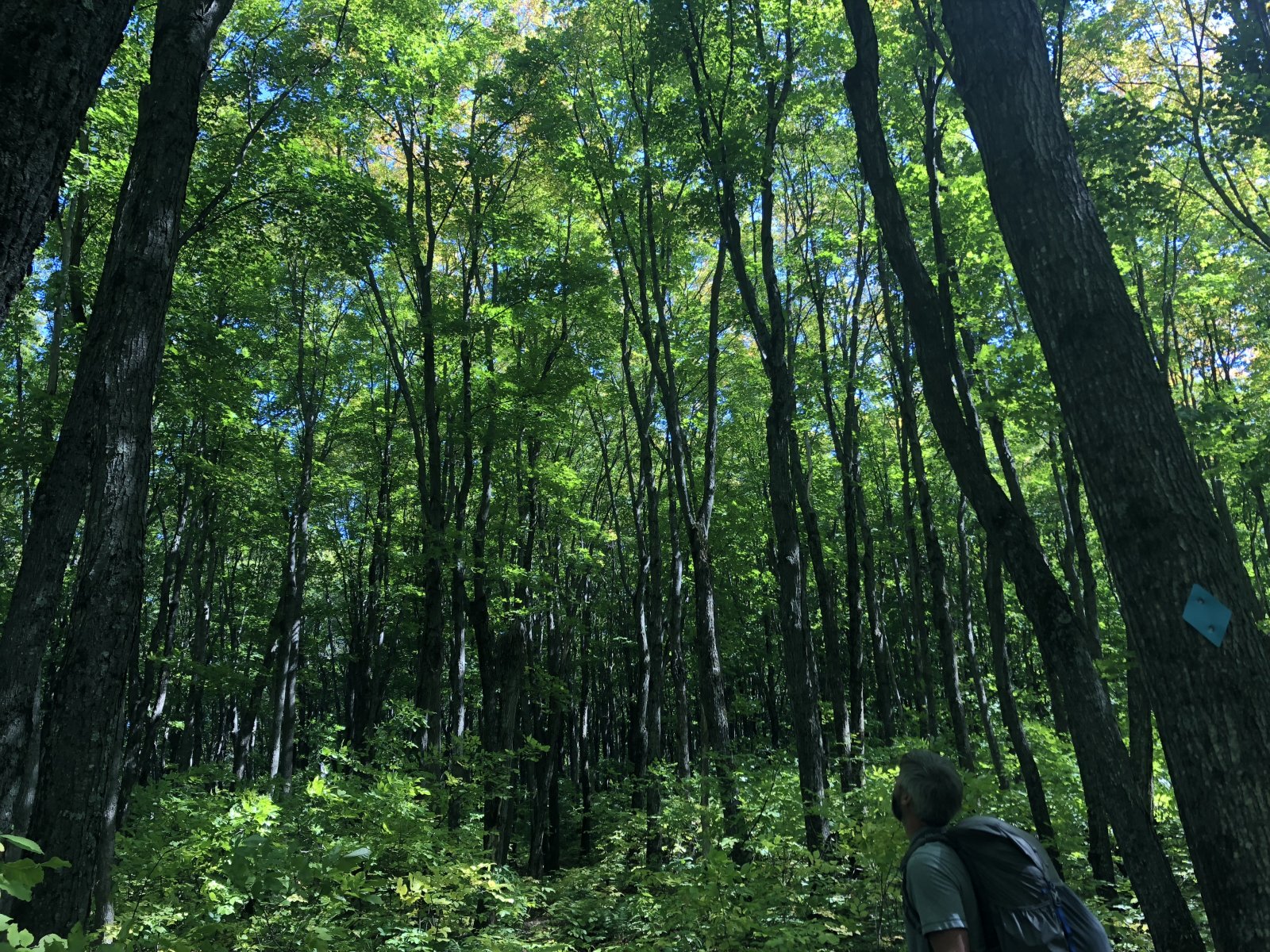 We crossed numerous mossy creeks and camped next to to of them, Bush Creek and Whiskey Creek, pictured below. Alas, Whiskey Creek holds only water. 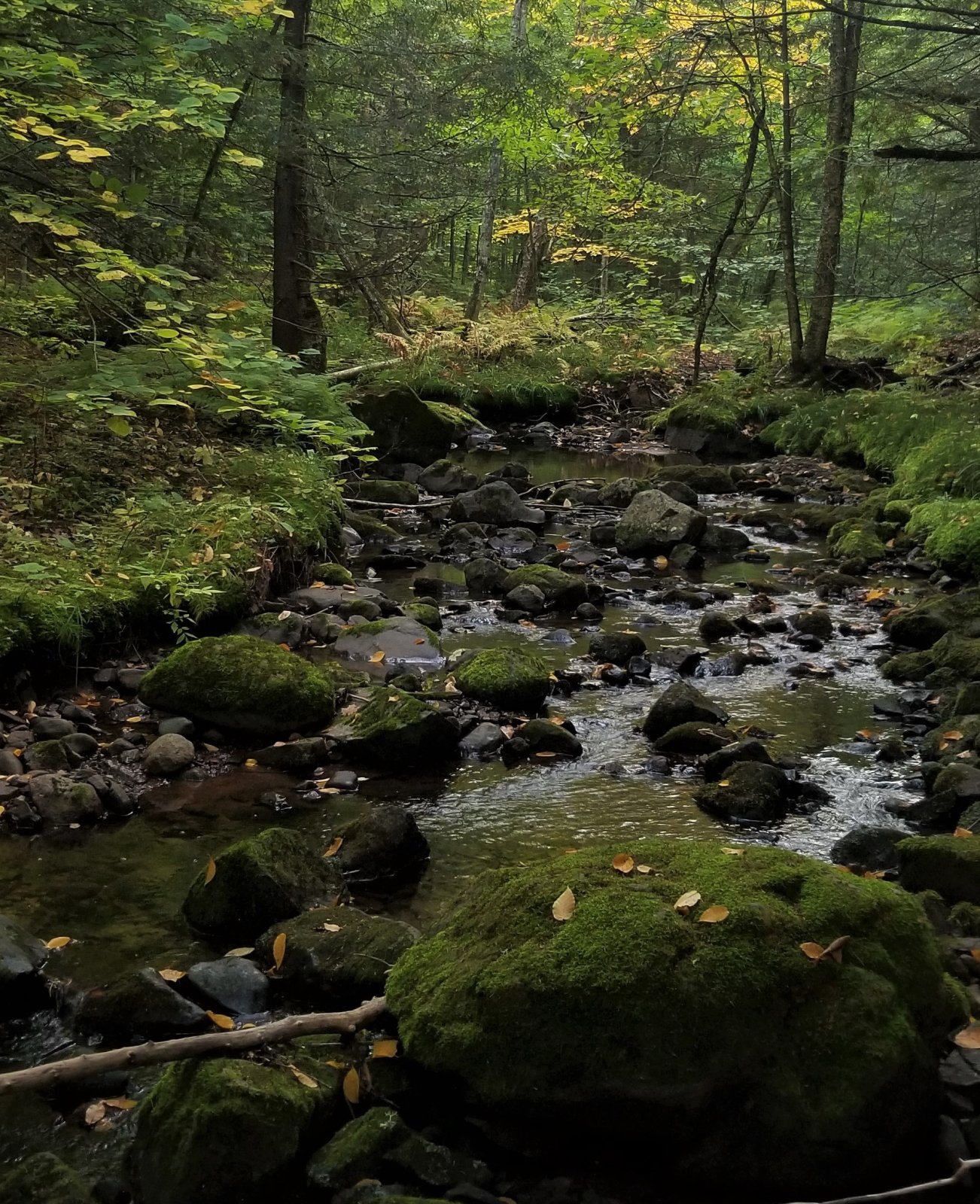 I also saw more varieties of fungi than I have ever seen, including some enormous mushrooms and this set that was growing in a perfect circle. 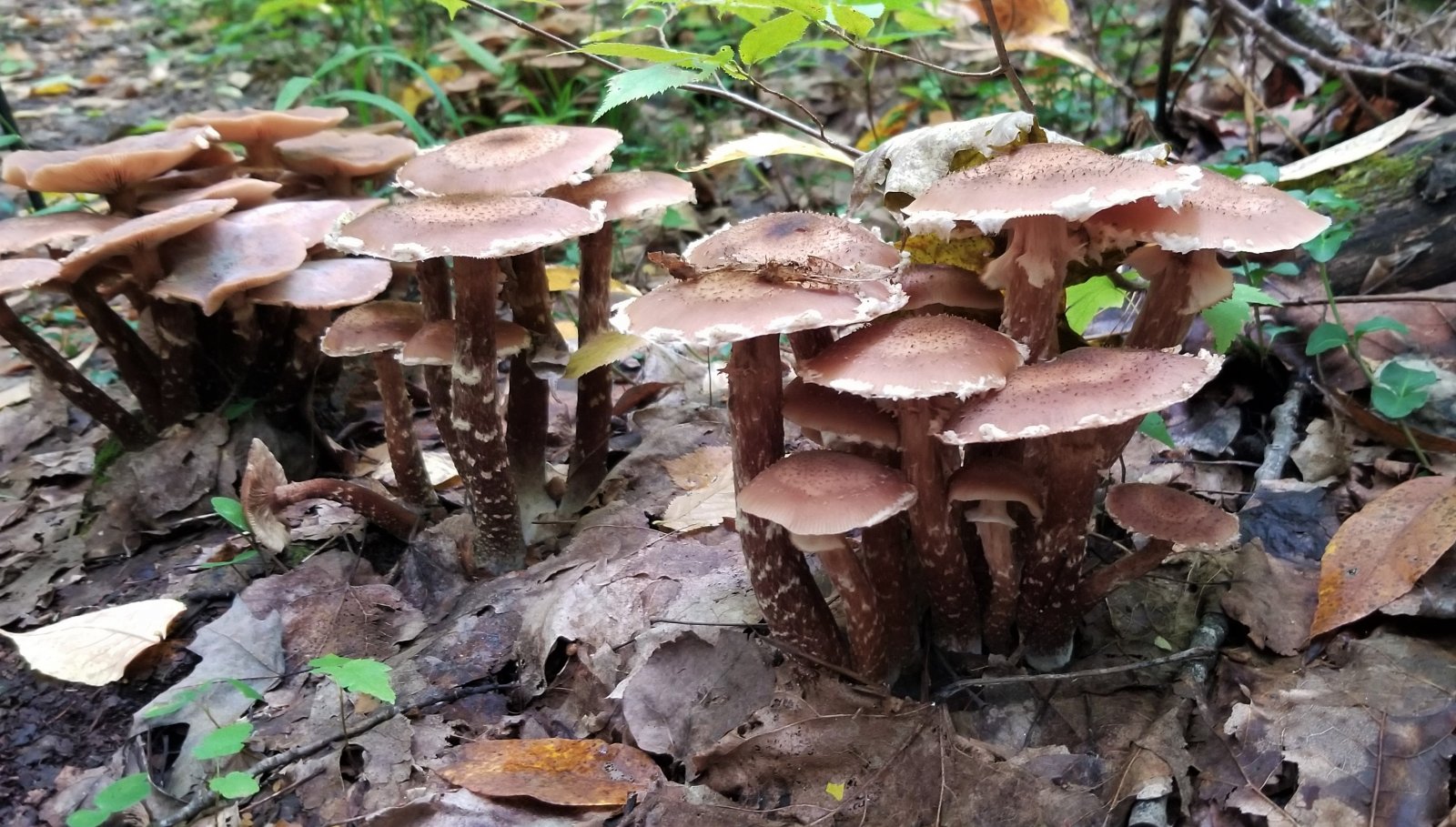 The morning of day 3 was glorious. 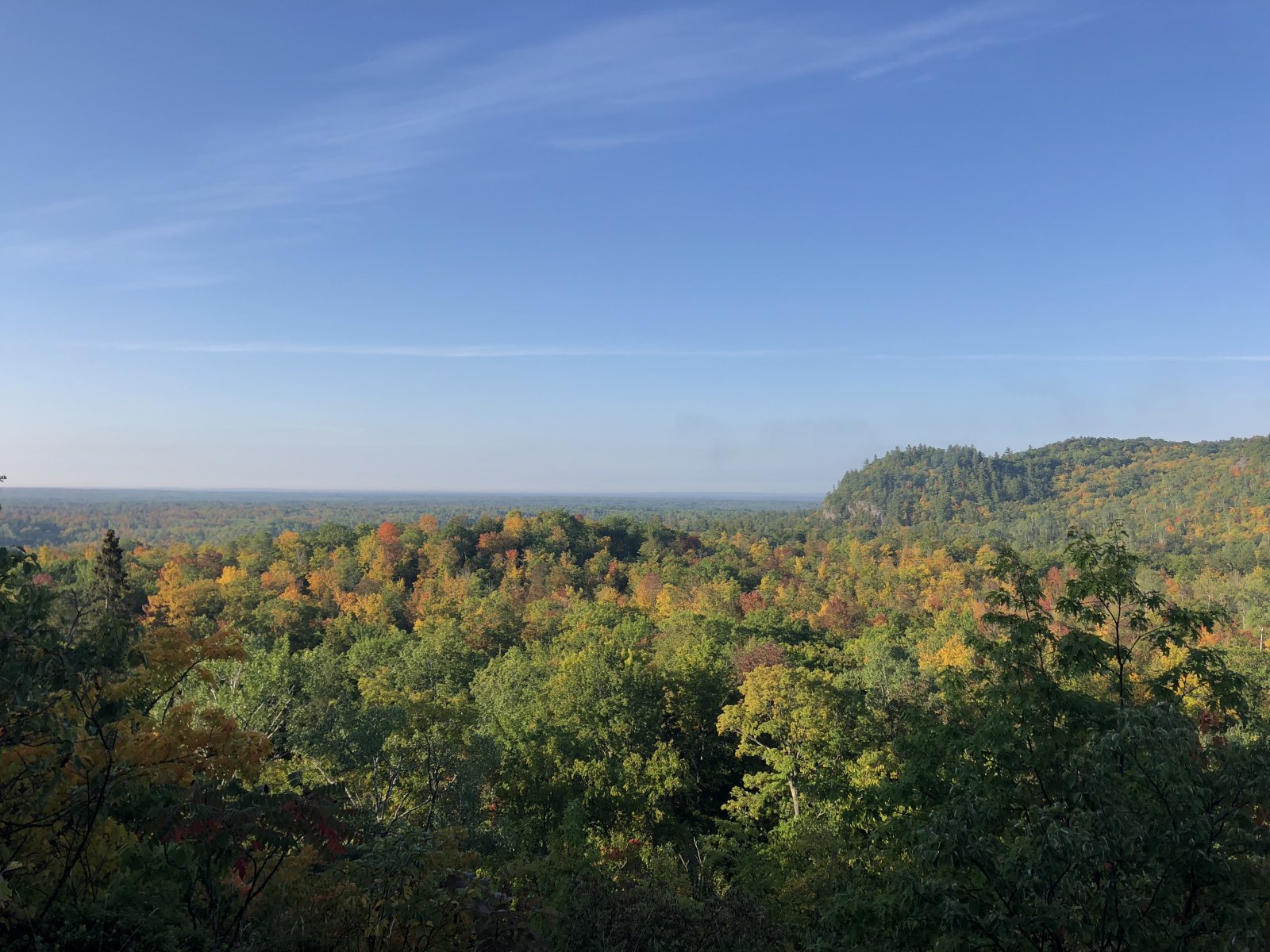 Yes, we even have talus fields in the Midwest.

It felt like the colors were changing even as we walked. 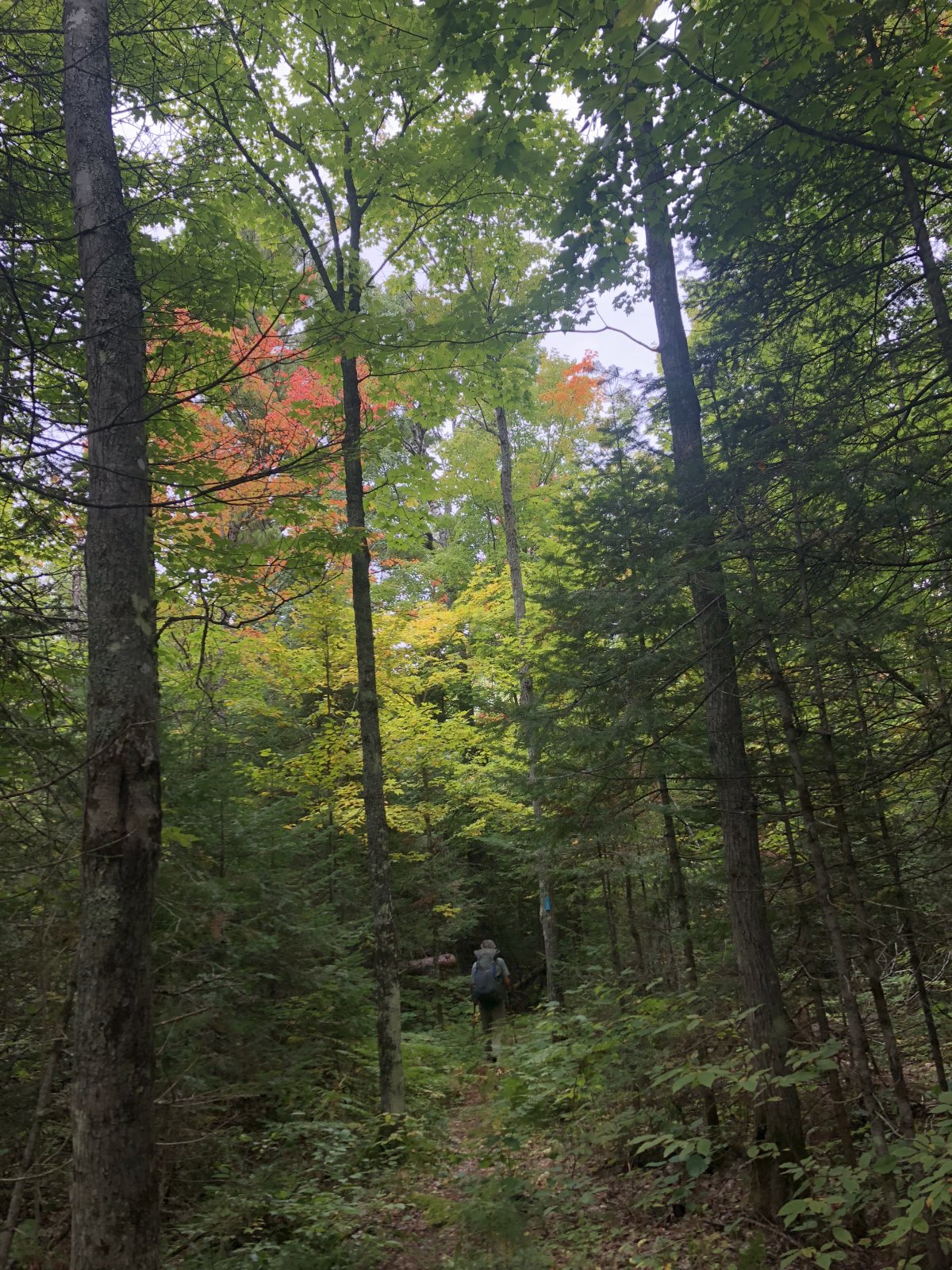 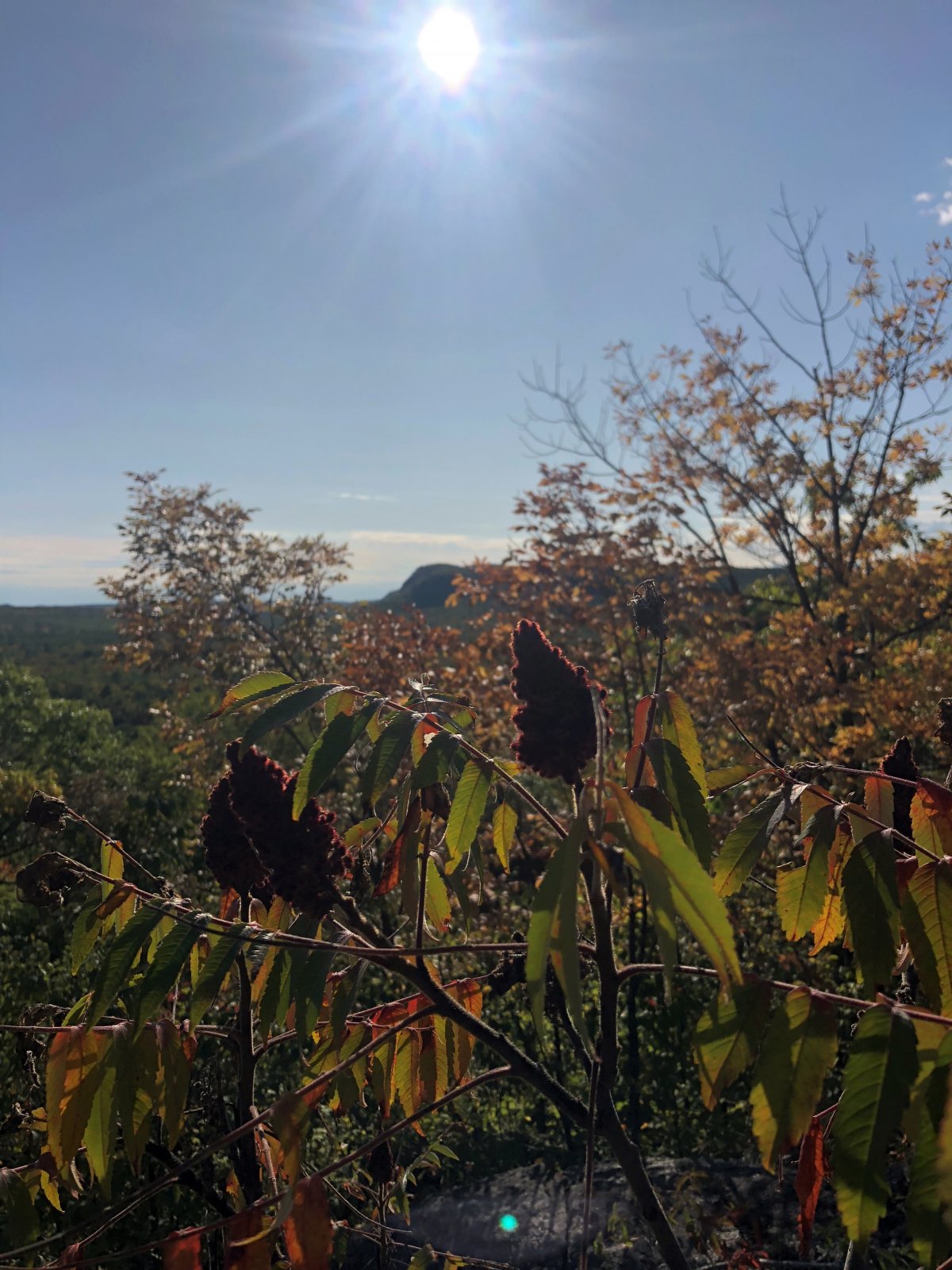 The many peaks of the Trap Hills in all their glory. 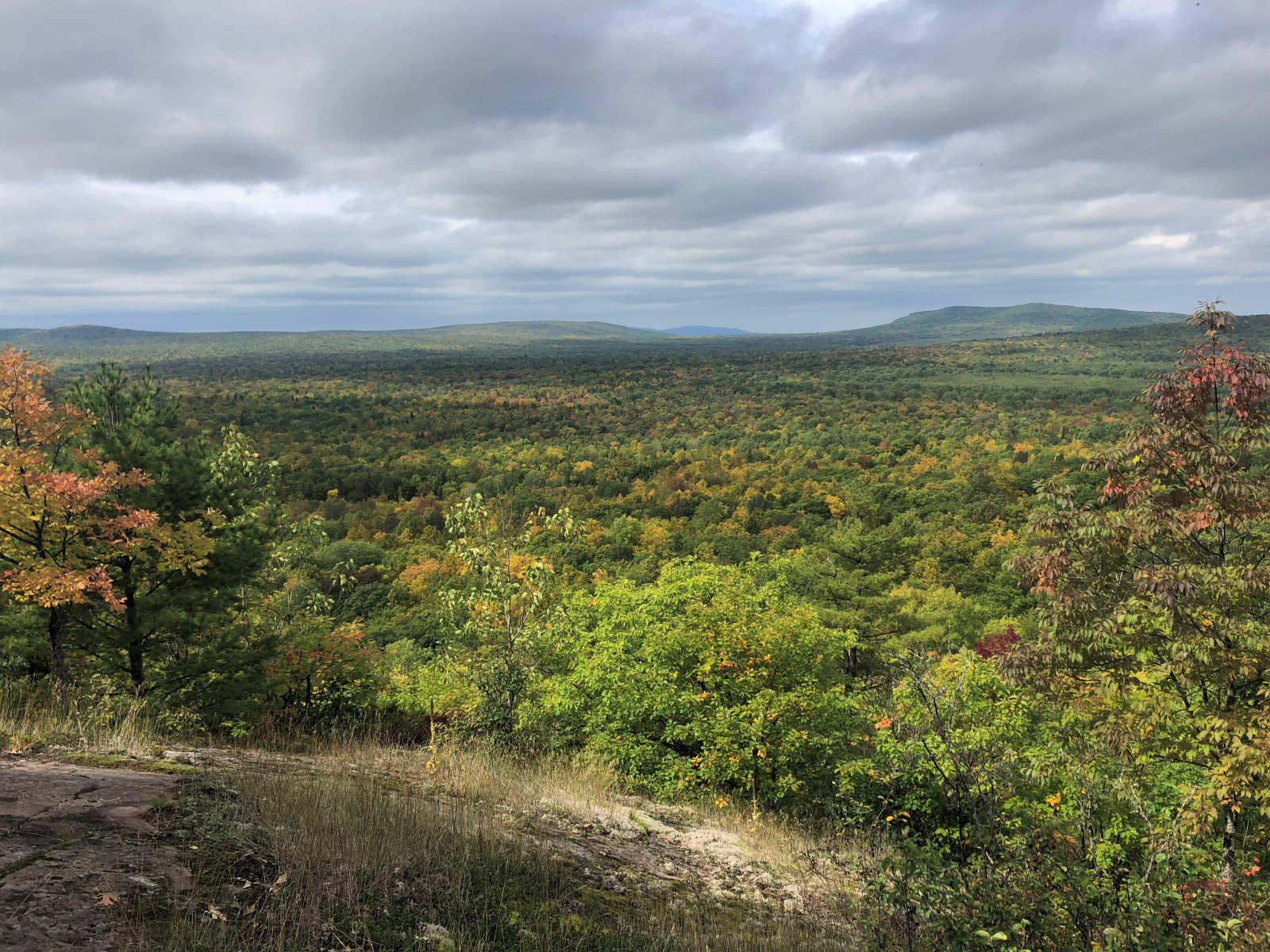 Victoria Lake, the final view before heading down the bluff and the end of the hike.

thanks for adding another sort of east coast trip
My trip reports: backpackandbeer.blogspot.com

Beautiful country! Thanks for sharing.

Nice pics. Thank you for sharing. Made me a bit homesick for the hardwood forests and the fungus.

I miss four things about Michigan. Family. The big water. The spectacular hardwood forests of the UP. A good Coney Island loose burger.
Onward through the fog.

Great report! Looks like a wonderful trip. I'd love to make it to Michigan for some backpacking someday. Still a long drive even when I'm visiting family in Indiana.

First picture looked to me like Morels. Some of the finest eating mushrooms you fan find.

slc_dan said:
First picture looked to me like Morels. Some of the finest eating mushrooms you fan find.
Click to expand...

I wish those were morels, but they did not look like it up close, much more spongy and somewhat spiky. Not sure what they were. There are always moments on a trip when I wish I had someone to explain the nature I am looking at and this was one of them. I also always wish I could take a geologist along with me on every trip.
P

Thank you for sharing the pictures. I miss the UP, the hardwoods, and Lake Superior. This brought back great memories. Pringles

Love all the colors! Thanks for the share!
You must log in or register to reply here.