Summer in the CPW- The Final Tour

The beginning of September marked the end of guaranteed work for my summer in the Cloud Peak Wilderness. My final tour was to be on the eastern side and the weather was forecast to be as awesome (sarcasm) as it was last time I was in this area. Changes in scheduling shortened my plans but resulted in a very nice visit to this area.

After an "end of season" meeting in the office I set off up trail 88 to Lake Angeline. This trail doesn't kid around as it cruises up into the mountains; its one of those "four hours up, two hours down" types. Luckily it is pretty the whole way, with big views down to Buffalo and the lake is of course gorgeous. Windy as could be, but gorgeous.

Burn from the '88 Lost Fire results in far views as one hikes. 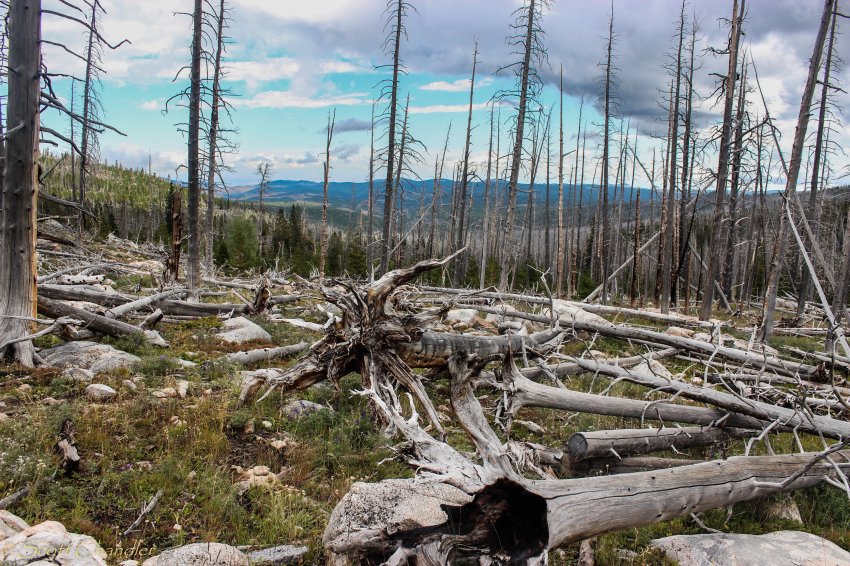 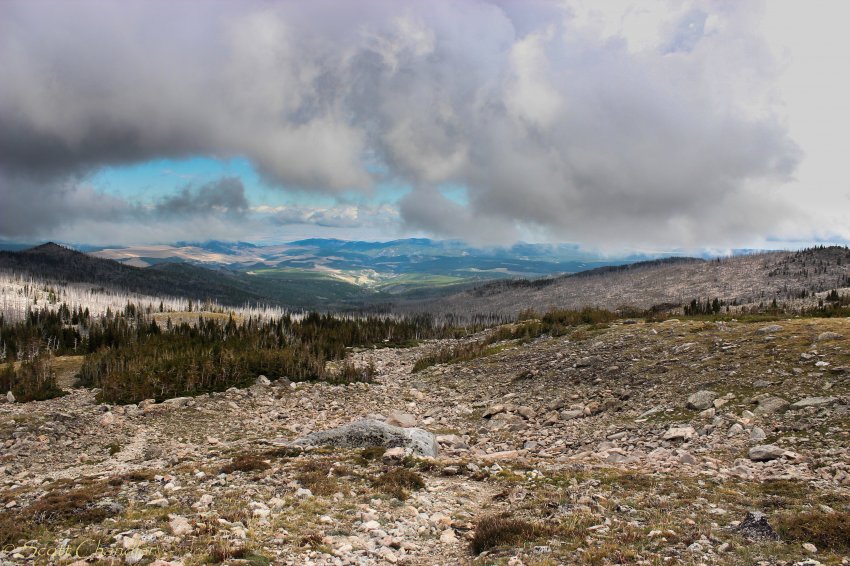 While I'd hate to be at Lake Angeline for any time longer than a couple hours (windy, cold, exposed), it sure is pretty. 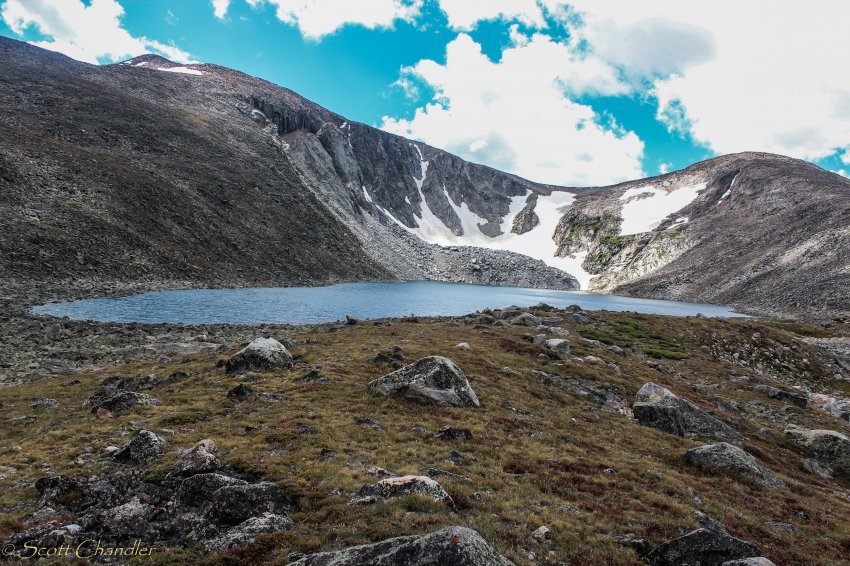 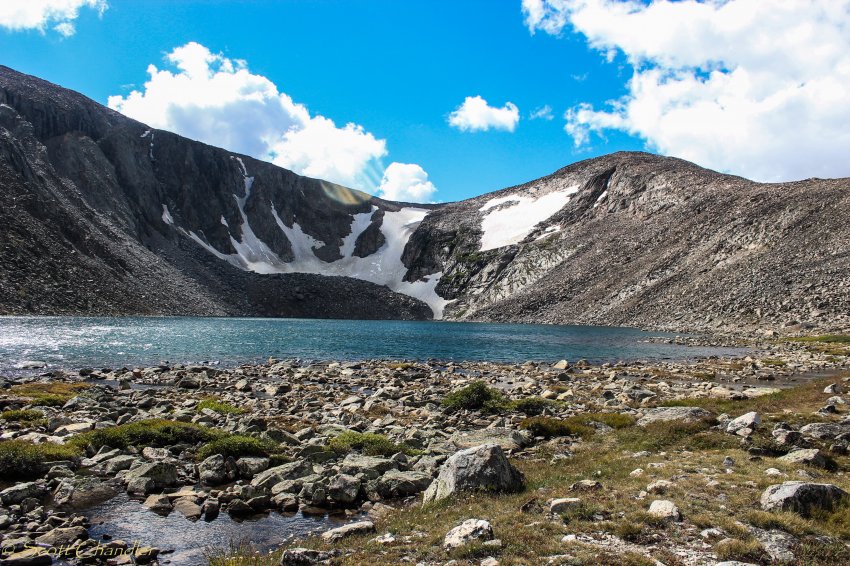 If not for the meeting that morning, I would have ventured to the Frozen Lakes, maybe my favorite spot in the CPW, but as it was I only had time to go to the overlook of the lower one. 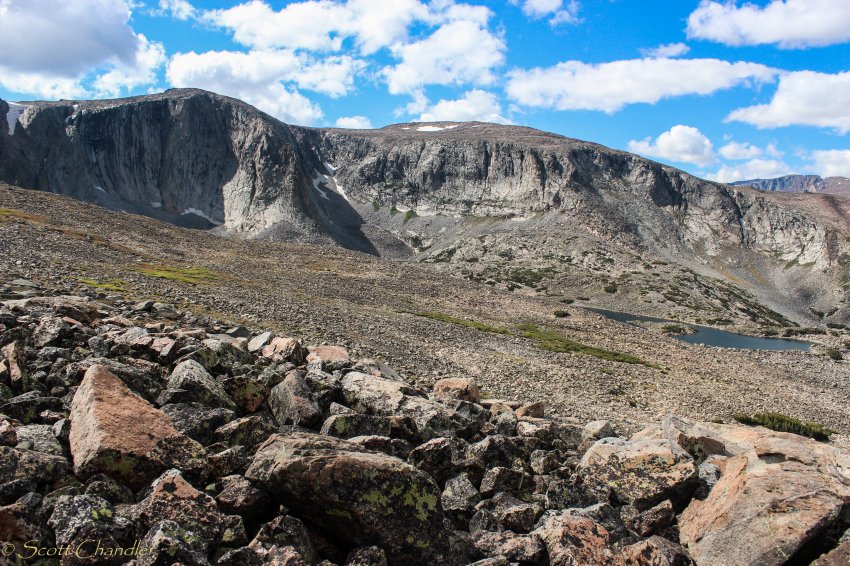 Looking at Seven Brothers from the overlook was pretty sweet because of the clouds. The weekend was marked by quite a few epic cloud moments. 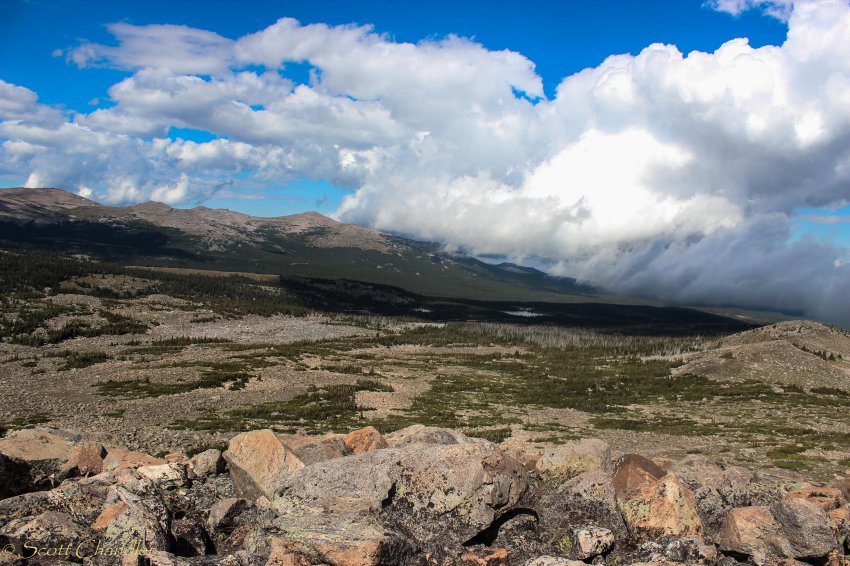 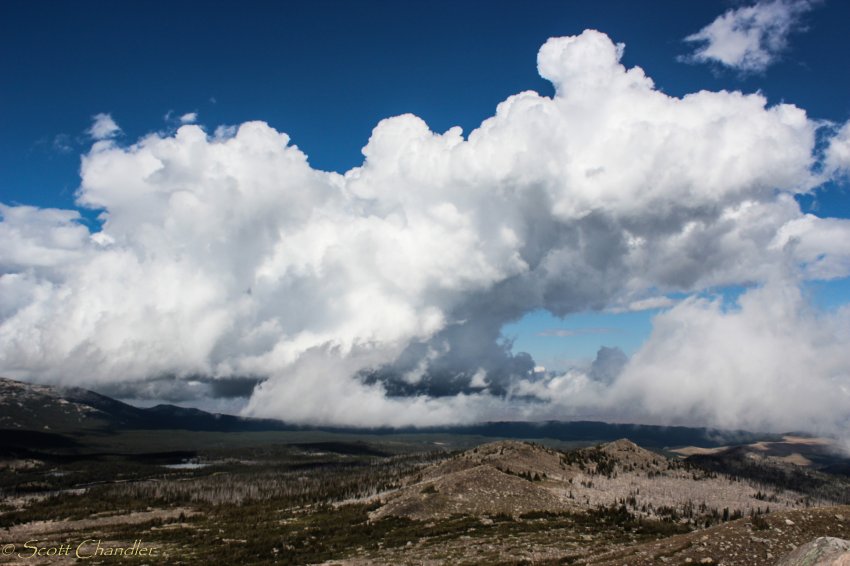 For my second day I decided to do an adventure I've wanted to tackle since my first tour to this side. Looking at a map, an off trail trek between Willow and Ringbone Lakes in Circle Park wouldn't be too bad. According to registrations, people would even sometimes camp at Romeo Lake between the two. Since I had to burn a couple credit hours I'd accrued over the summer, I figured I'd spend some time fishing while I made the journey.

The customary Rainy Lake picture. The sky was threatening on and off all day. 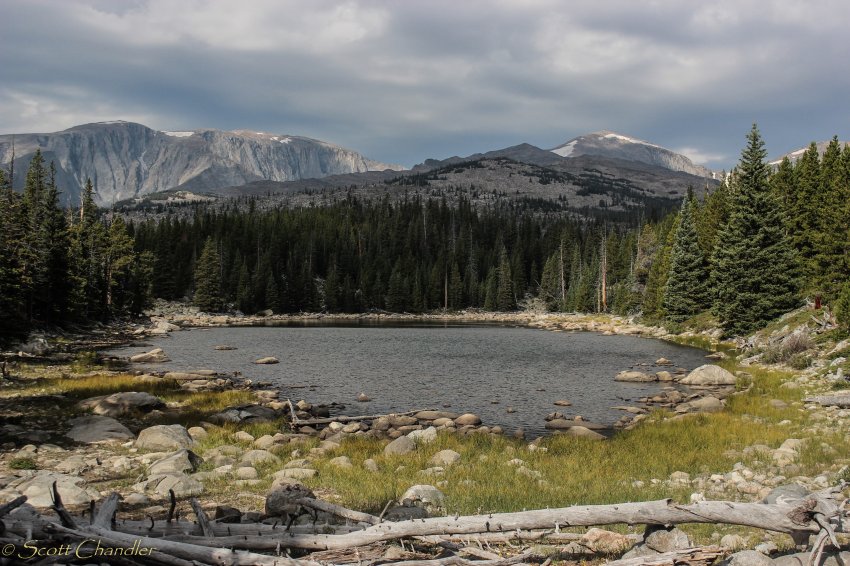 Getting to the eastern side of Willow finally made it a worthy destination. Just had to rock hop over the inlet and break through a willow thicket to get there. 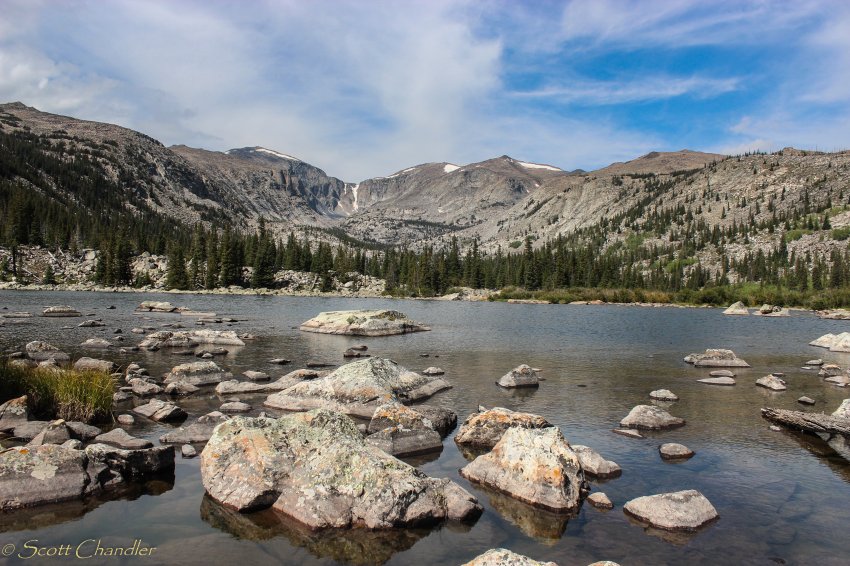 Lots of people come to Willow to fish because it is stocked with Grayling. Having caught native grayling before I don't see the draw but it was nice to see them again. 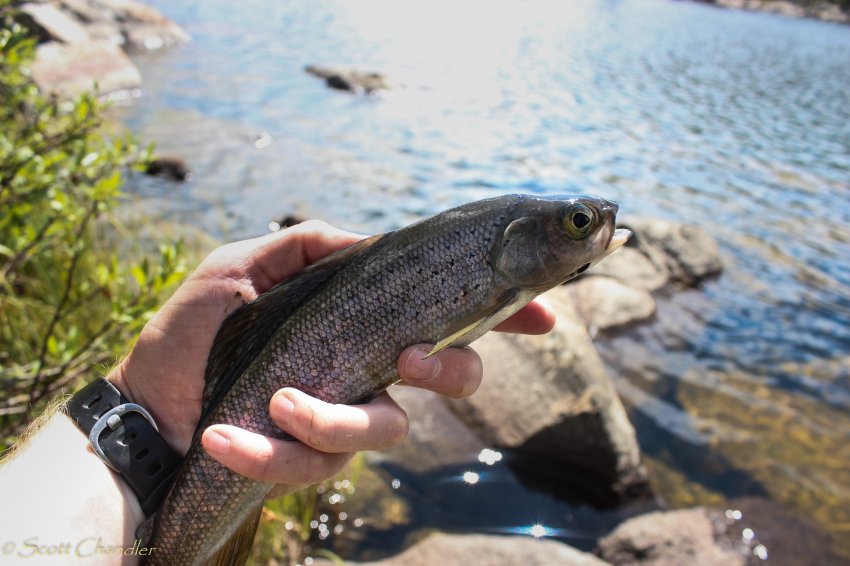 Willow also has a population of some other salmonid. I'm not a fish expert but I think they were splake. 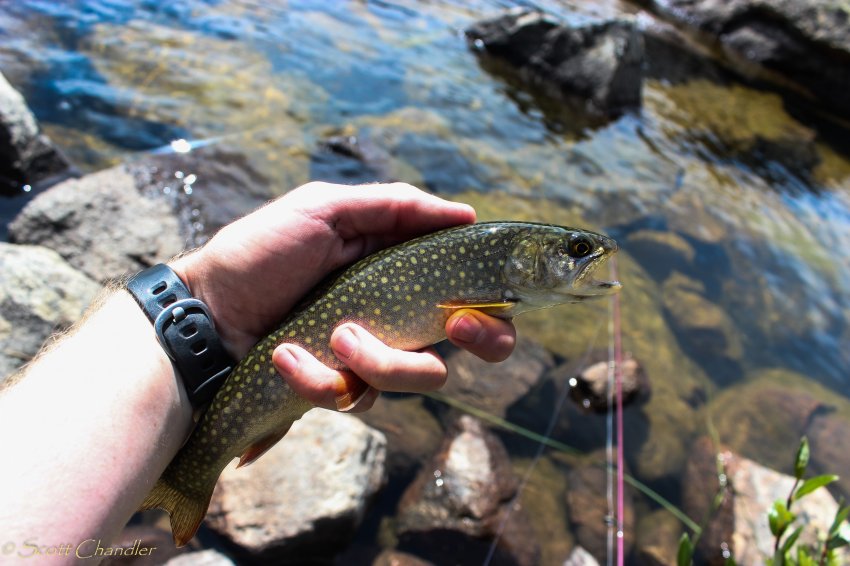 It turns out the rock hop between Willow and Ringbone is one of the less pleasant ones I've done in the CPW. The boulders never seemed to line up right for quick travel and treefall added to the complexity. I also took my first fall of the season when a rock that probably weighed as much as me slipped from under my feet and dumped me on my butt. Luckily a scrape on the hand and elbow are all I sustained instead of a broken leg or something.

By the time I got to Ringbone and Long Lakes I was happy to be done with the off trail stuff. 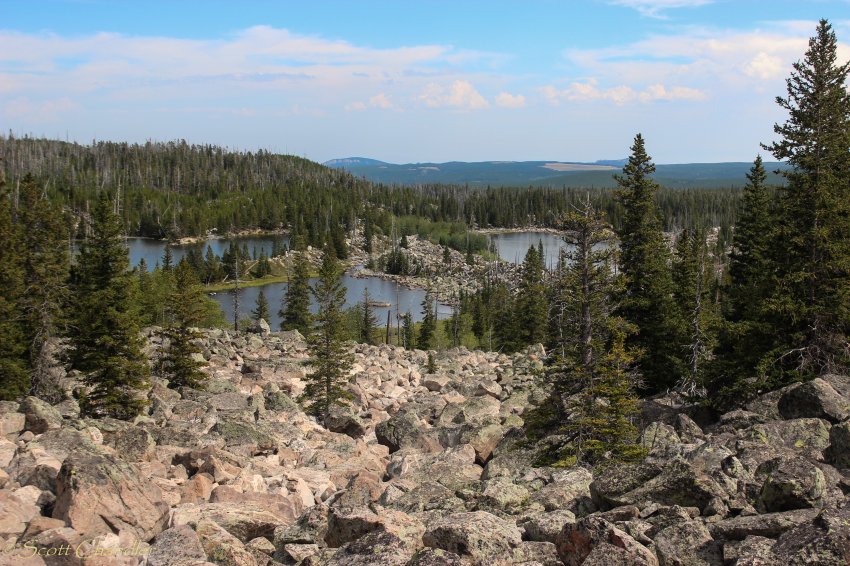 That night we had the most fierce storm of the summer blow over. I was happy to be spending the night in my FS cabin when a flash bang went off as I was visiting the toilet.

The weather never really recovered after the storm of the night before. After a couple wet, soggy, frozen, etc tours I guess I've become desensitized to it because I decided I'd go spend a night out at our east side base camp and patrol 7 Brothers.

It was nice to find only a couple parties out and great conditions resource wise out there even though the weather was crummy. 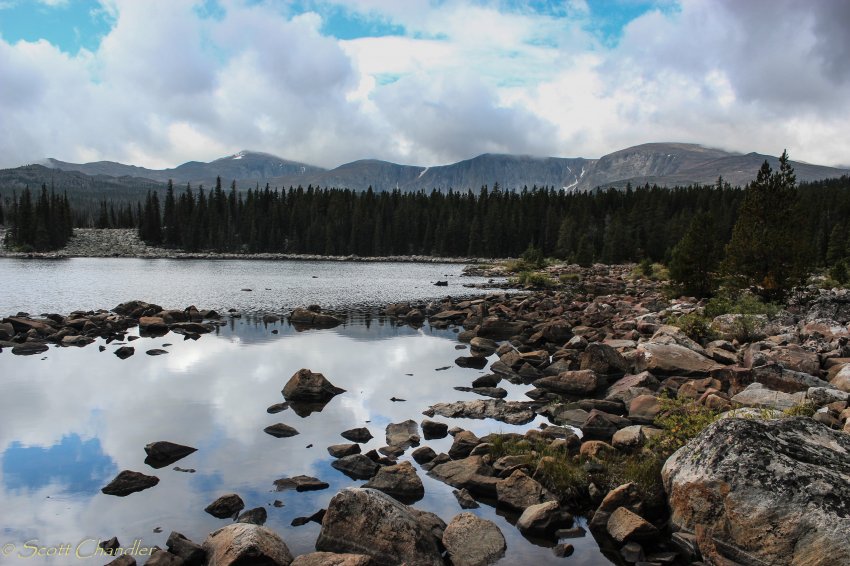 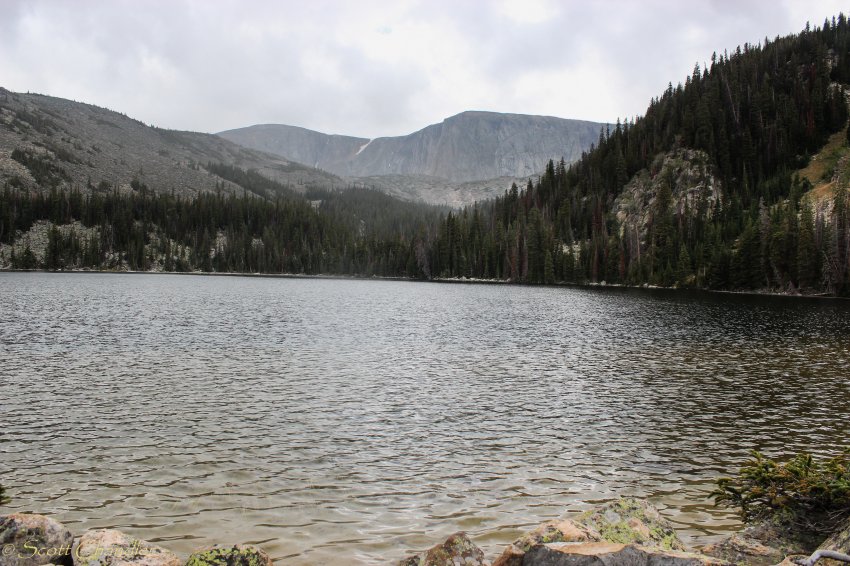 That night had another ripper of a storm blow through and I was thankful for the shelter of the tent when it did.

The storm of the night before had dropped temperatures. While the day before had experienced nearly constant drizzle, Labor Day was characterized by on and off snow showers until I had to leave. I cut a couple trees out of the trail that the storms of the past couple days had knocked down to a pleasant, flaky snowfall. I then hiked up Florence Canyon a bit to inventory an outfitter camp to the more pellety kind. That type kept coming in waves until I left the mountains that afternoon.

Fresh snow on the peaks of Florence Canyon was sweet to see. 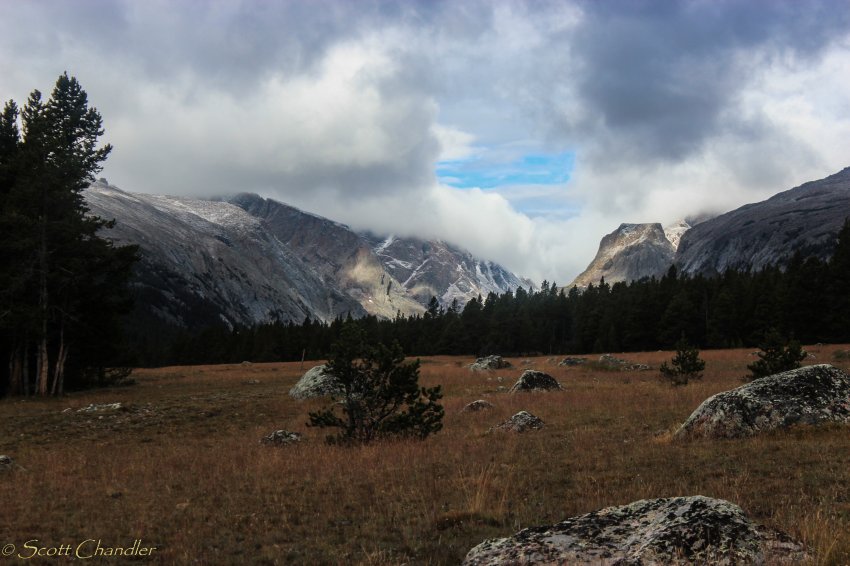 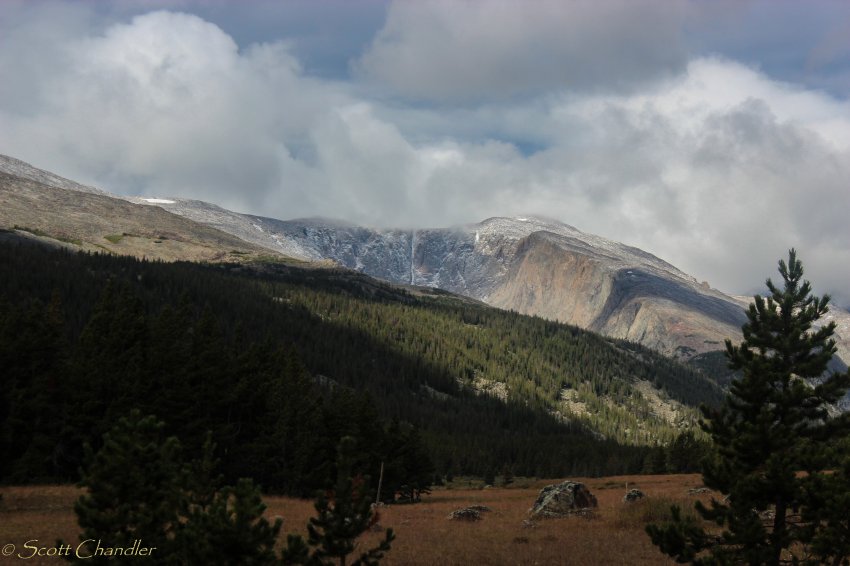 While the snow would quickly melt when the September sun hit it (it is still summer technically after all) the view from that outfitter camp was awesome. 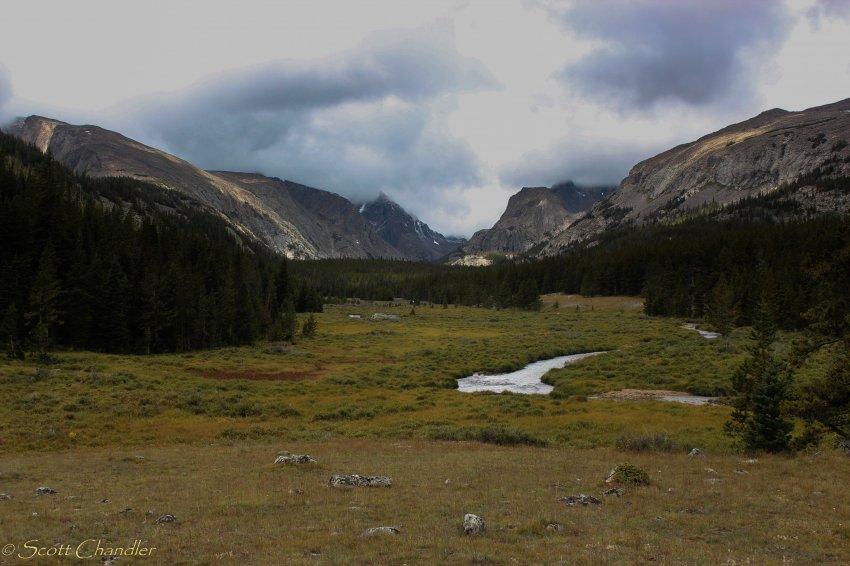 After checking out the campsite I hiked up the trail toward Elk Lake to chop out another tree and watch the waves of snow blow over the mountains before leaving. 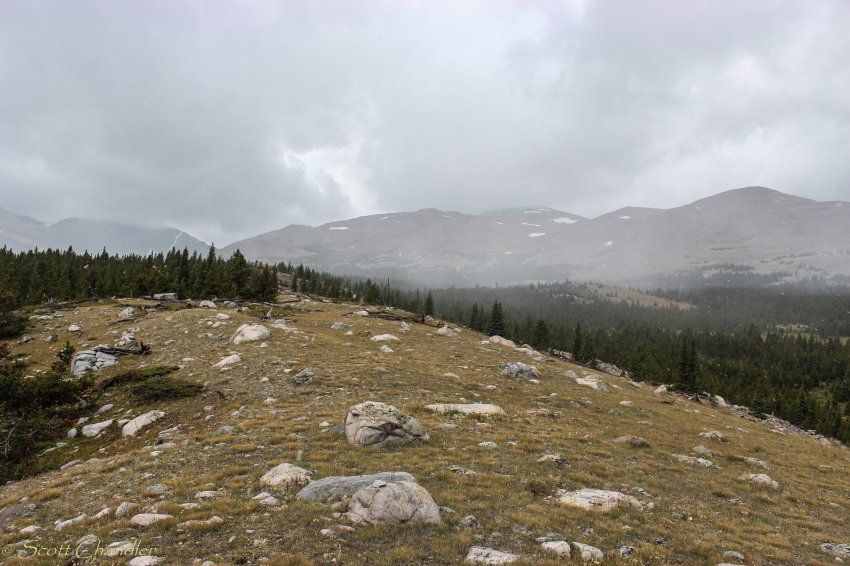 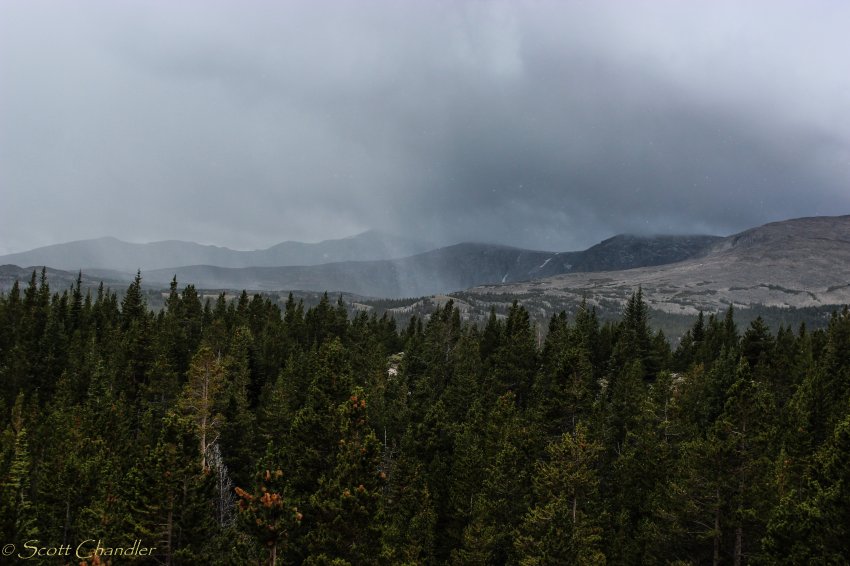 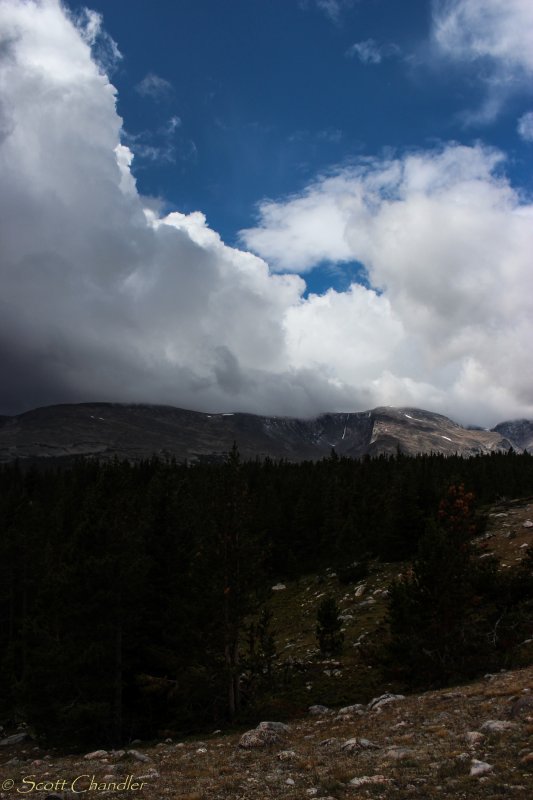 And thus ended my last tour. Now I've got another month to work with the other wilderness rangers to finish projects, do odds and ends, and watch my office of the summer turn into the hibernating bear it is for the winter. We'll see how much more adventuring we get to do before the snows we've been having start to accumulate but I hope for a few more pretty and cool experiences.

Congrats on a great summer walking the wilderness. It's been awesome reading through your reports.
IG: @backcountrypost

Thanks for sharing so much of your summer with us. I've looked forward to every one and now that the summer is over I think withdrawals are going to ensue.

Thanks again, and hopefully you'll have some fall/winter/spring adventures to keep us all going.

Great photos and nice write up, Looks awesome!
You must log in or register to reply here.
Similar threads