It has been suggested that I post some trip reports so people can get to know me better. Last August I did a loop route in the Southern Winds with my 20 year old son and one of his friends. My son and I have done multiple trips in the Winds but this is the first time we have explored South of Big Sandy Lake. We started at the Big Sandy TH. The first day we hiked to past Big Sandy Lake then Clear Lake and Deep Lake. The scenery at Deep Lake was stunning, of course that is the par for the course in the Winds. After eating lunch at Deep Lake we hiked over to Temple Lake and up to the pass between Temple Peak and East Temple Peak. We shed our packs at the pass and did an out and back to the summit of East Temple Peak. The views were incredible. After getting back to our packs we talked with a small group that we met at Deep Lake earlier in the day. They were the last people we would see for over a day. We headed South on the Little Sandy Trail. After hiking along Little Sandy Creek a ways we left the trail and went over an off trail pass to Coon Lake. This is were we spent our first night. We were serenaded by Elk as we went to sleep that night. The next day we were still off trail and hiked around Coon Lake and headed North till we hit the trail going to Tayo Lake. The Tayo Lake basin was beautiful. From Tayo Lake we started our long ascent to the summit of Wind River Peak, also off trail. It seemed like it took forever to get to the pass between Wind River Peak and Chimney Rock. From the pass we did an out and back to the summit of Wind River Peak. Absolutely stunning views from the summit. As many times as I've been in the Winds the scenery still surprises me sometimes. From Wind River Peak we dropped down to the North and picked up a trail by Deep Creek Lakes. We hiked North from Deep Creek Lakes to the Pinto Park Trail and took that to the North Fork Trail. We camped by the North Fork of the Popo Agie River the second night. The third day we hiked up the Popo Agie to the Cirque of the Towers. From the Cirque of the Towers we went over Texas Pass. We ate lunch shortly after starting our ascent to Texas Pass. We were entertained by watching climbers on Pingora. It had been about three years since I had been over Texas Pass. I was surprised at how many people we ran into on the pass this time. It's use is definitely increasing. We dropped down to Texas Lake and then made our way to Shadow Lake. I had planned to camp at Shadow Lake to give my son's friend an easier day since he was not as used to hiking as we were. But both the boys decided they wanted to go all the way out to the trail head. It was 4pm and it was still 11ish miles to the trail head. I told them if they were game I was. Shadow Lake to the Big Sandy TH is easy miles and we hiked along at a good clip. We arrived at the trail head just as it was getting too dark to see. About 22 miles that day. It took as 3 days to cover the 52ish mile loop. A good portion of those miles were pretty tough miles. Below are some pics I took of our trip. Some of the pics are a little hazy due to smoke from wildfires. Enjoy! 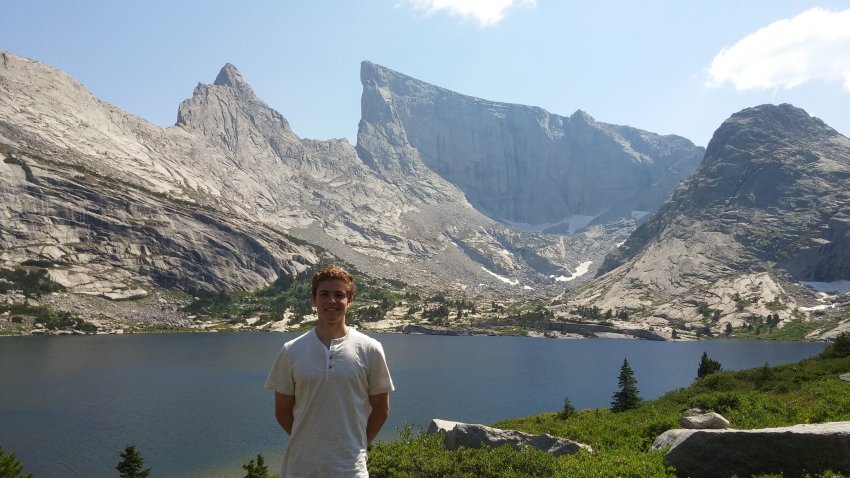 My son Kaleb with at Deep Creek Lake with East Temple Peak in the background. 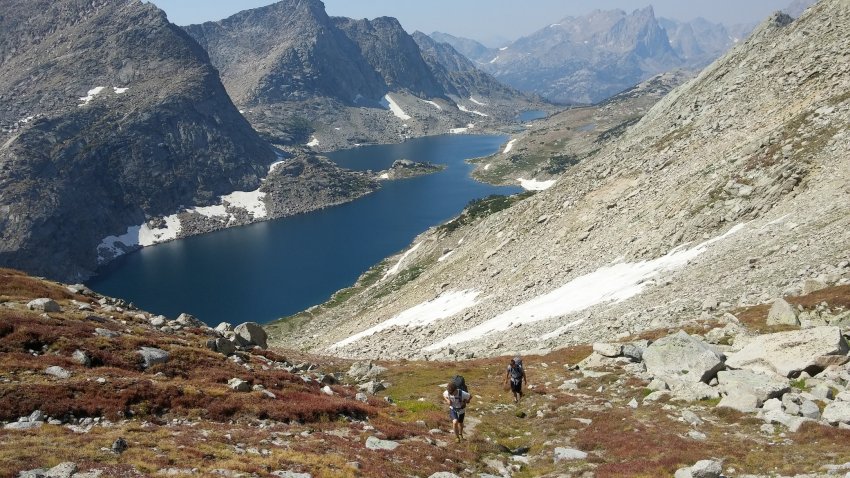 Climbing to the pass below East Temple Peak. Temple Lake below. 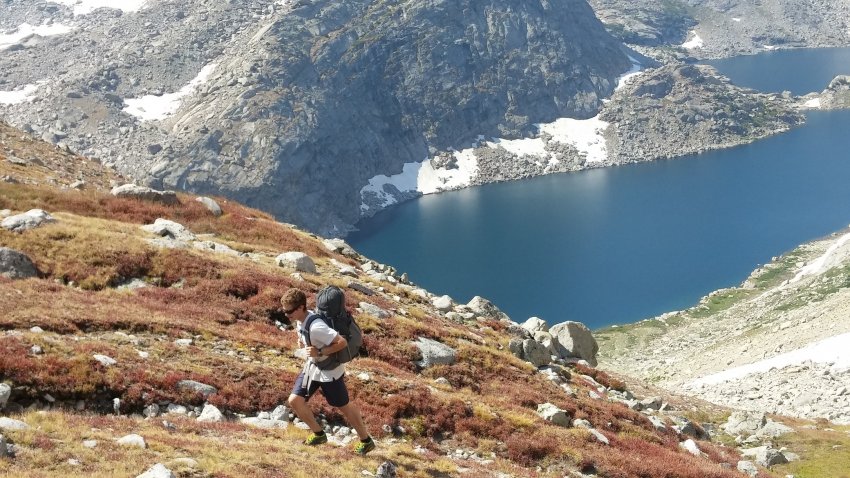 Kaleb powering up the pass. 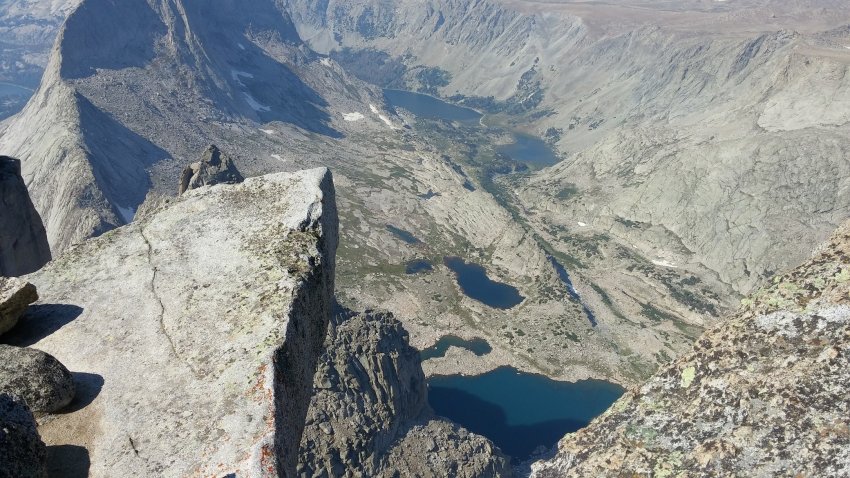 View from the summit of East Temple. 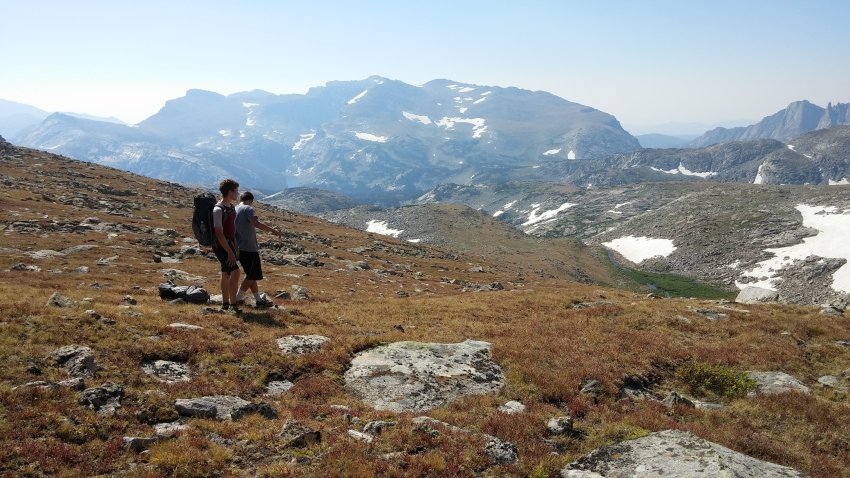 On the way to Wind River Peak. 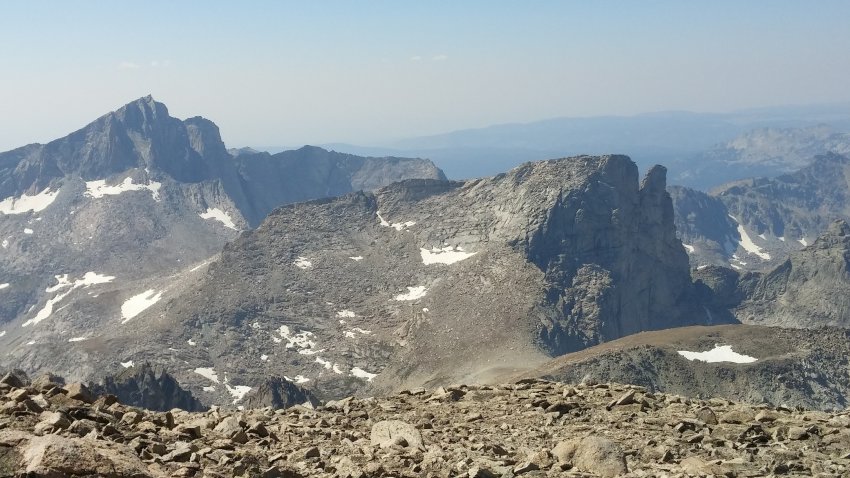 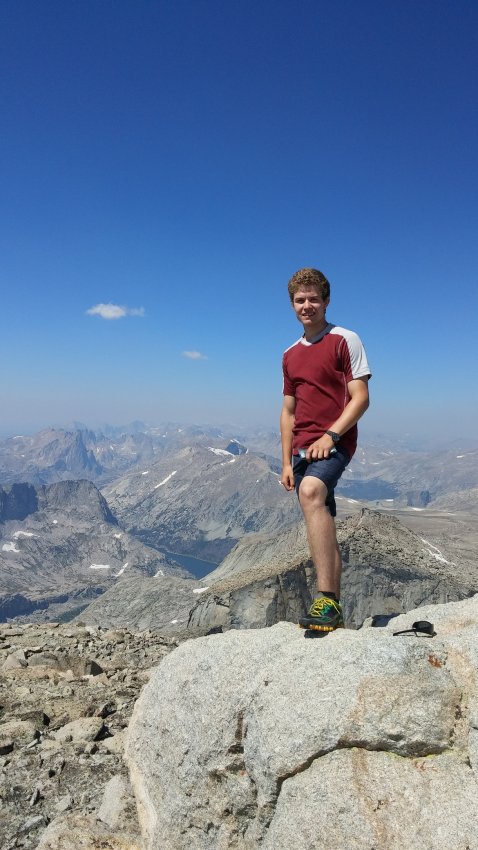 Kaleb on the summit of Wind River Peak. 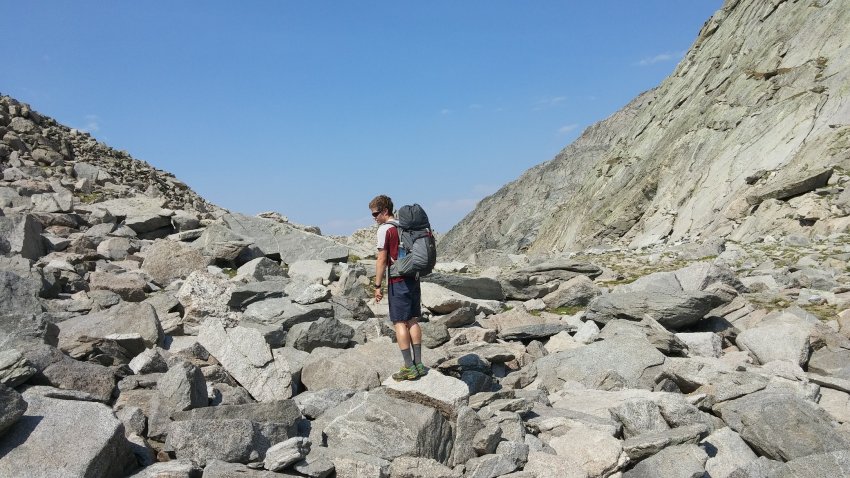 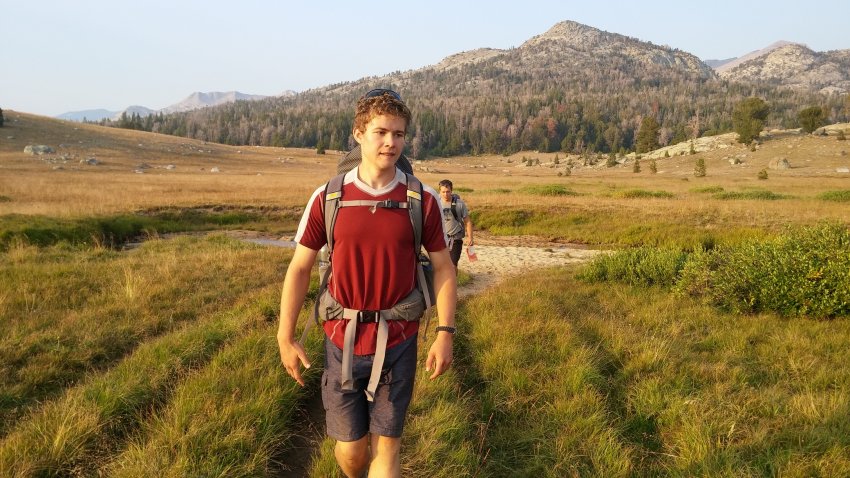 Evening light. Almost back to the trail head.

Wow! Those are some great views. Also, you guys did some impressive mileage for a 3-day trip. Very cool trip. Thanks for sharing.

I did a very similar trip a couple years ago over labor day. Woke up to several inches of snow just below lonesome lake. Cool trip and thanks for posting

20+ mile days in the Winds is hard work! Great route - thanks for sharing. I might try something similar with my nephew this year. I had planned to go to Deep Lake for an overnighter with my girlfriend last year but the weather after Sept 20 was just too cold and wet to be much fun.

amazing views! Love the shot of Deep Creek lake, what a stand out area!
-----
My favorite part about mornings is greeting every spider that traveled across the trail that night, with my face.
Check out my Video Trip Reports and Timelapse videos!
You must log in or register to reply here.
Similar threads