Solo Uintas Loop From East Fork of the Bear 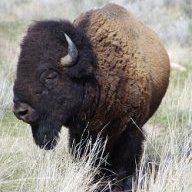 After lurking around this forum for several years, and thoroughly enjoying the vicarious pleasures of reading about your varied and exciting experiences, I've finally found the ambition to contribute a post of my own.

Labor Day weekend, 2013 found me deep in the High Uinta Wilderness on a solo backpacking excursion that GPS logged just shy of 40 miles - starting and ending at the East Fork of the Bear River trail head. I began the trip on Friday, August 30. All my best intentions aimed at getting an early start on the day came to naught. It was a little after noon when I signed the trail register. I camped the first evening in a small meadow just below Priord Lake.

Saturday, August 31, I crossed the crest of the Uintas to the south slope over Ostler Pass (as advertised, the trail is almost non-existent!) From there, I wandered through Upper Rock Creek. The second night was spent just south of Deadhorse Pass where the last of the tree line conifers are anchored on a bench overlooking the Highline Trail.

On Sunday, September 1, I crossed Deadhorse Pass, descended through Buck Pasture on the West Fork of Black’s Fork, then traversed back into the East Fork Drainage using the Bear River – Smiths Fork Trail. My truck rumbled off the mountain just as the last light was fading in the western sky – putting me home on Labor Day to enjoy activities with my family.

Being a holiday weekend and the last weekend of summer, I expected to share the trails with a lot of human company. Surprisingly, I saw fewer than a dozen people. Almost all were near the West Fork of Blacks Fork trail head engaged in day hikes to fish the river. I saw at least twice that many goats, the largest mule deer buck I've ever seen, and one very curious squirrel.

The weather was beautiful. Other than a few spitting sprinkles, I endured no rain. There were no mosquitoes. Temperatures were mild both day and night.


I have attached a few samples of the scenery. 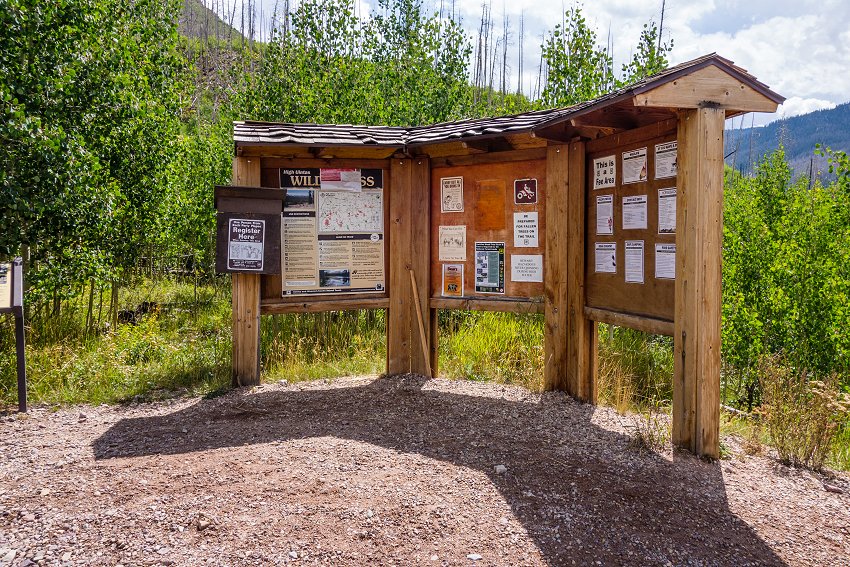 Lingering Effects of the Fire 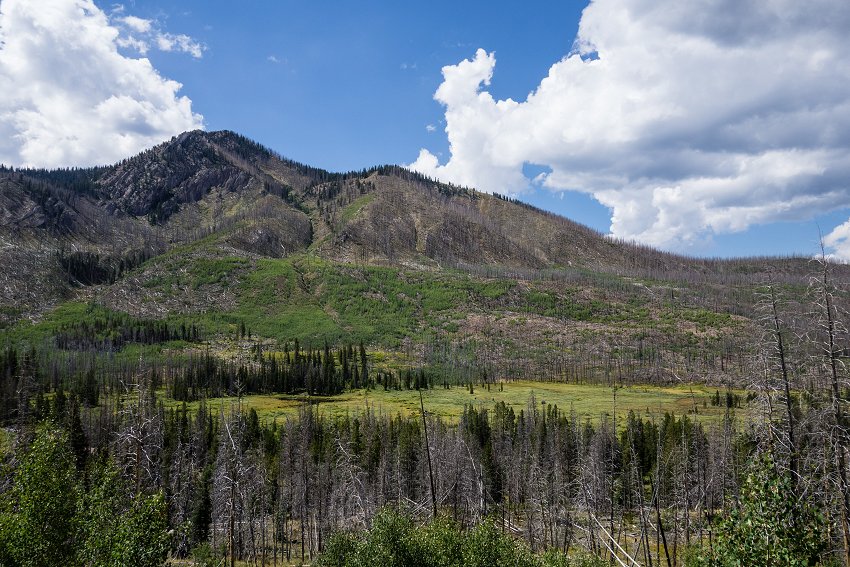 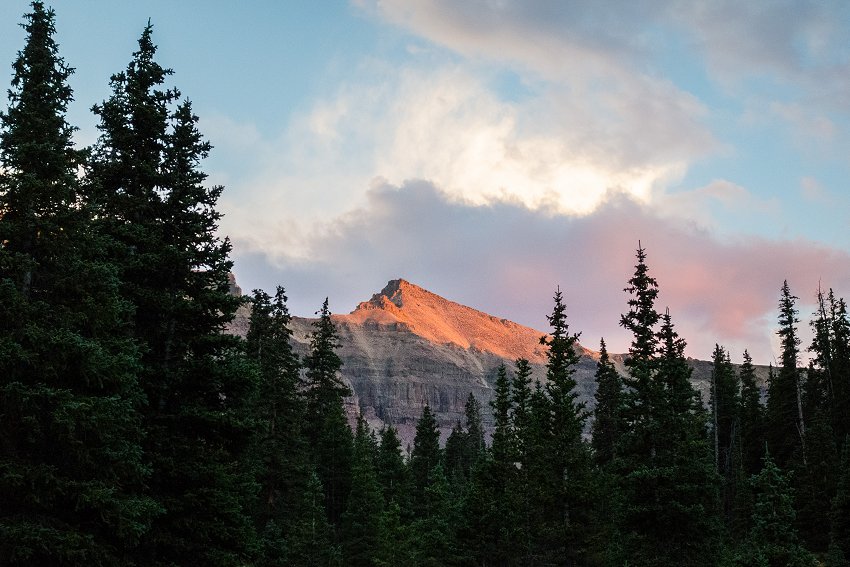 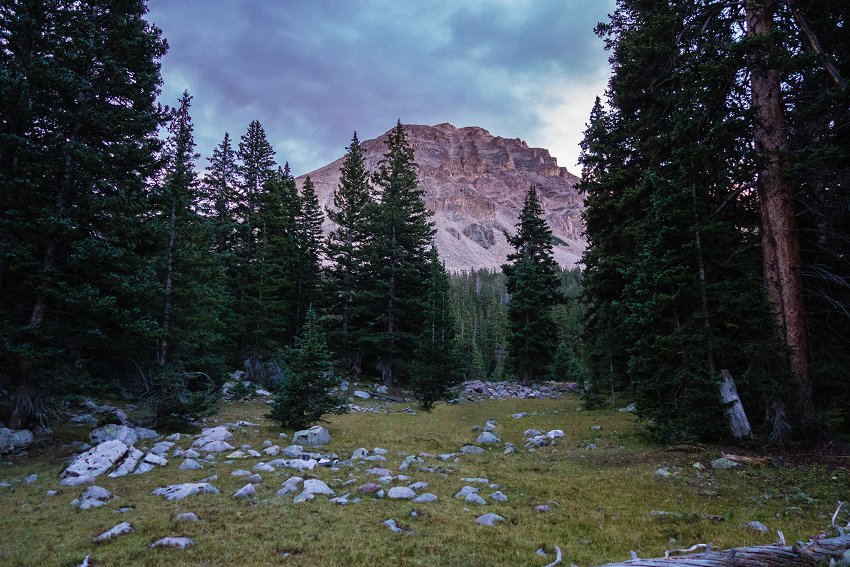 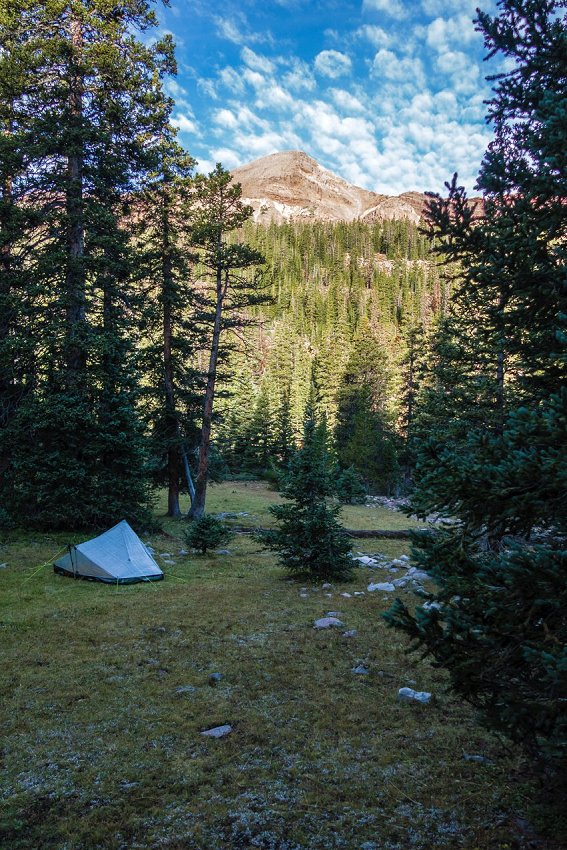 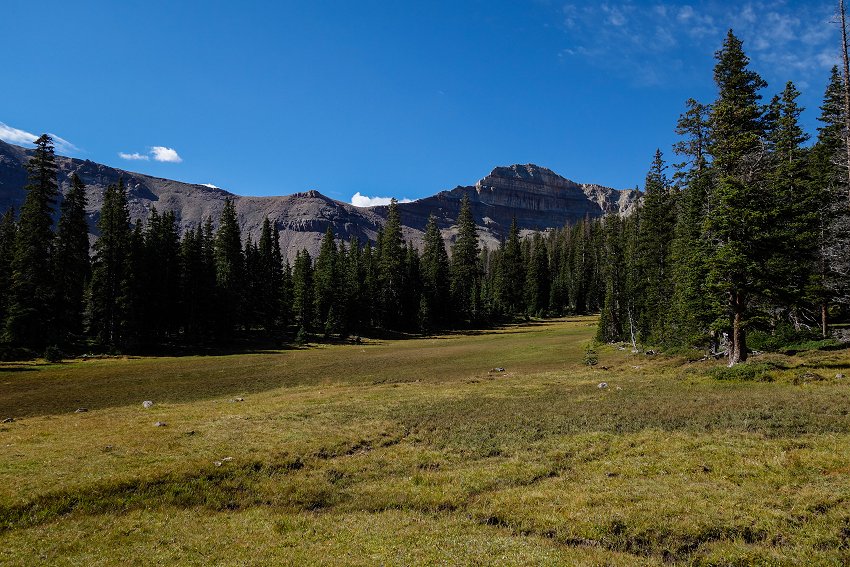 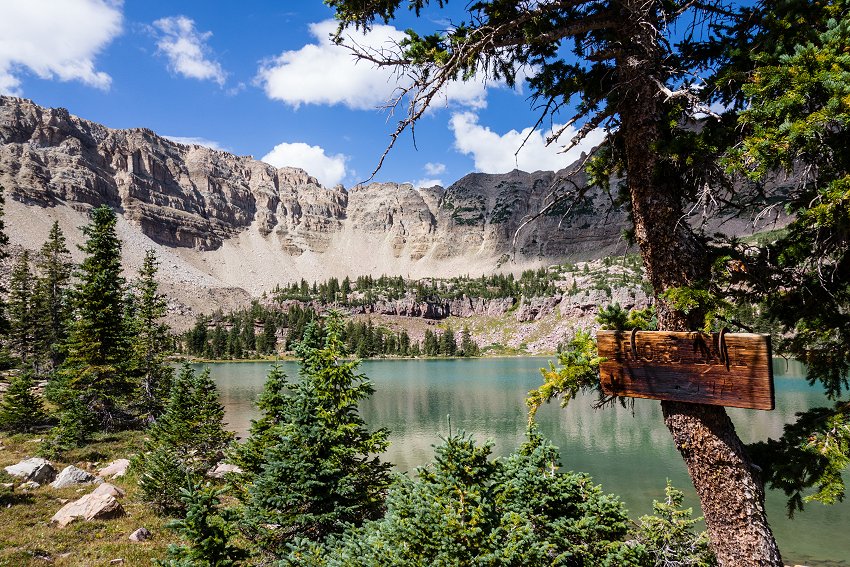 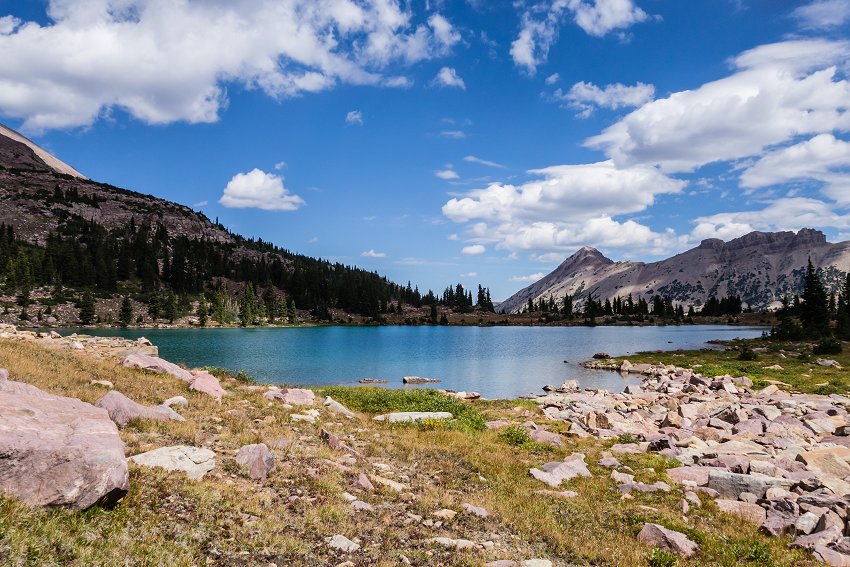 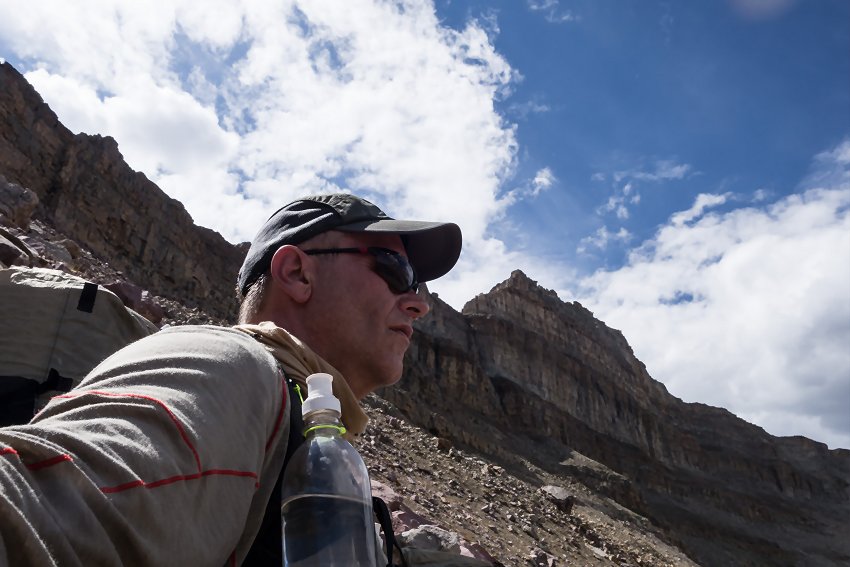 Not Much of a Trail 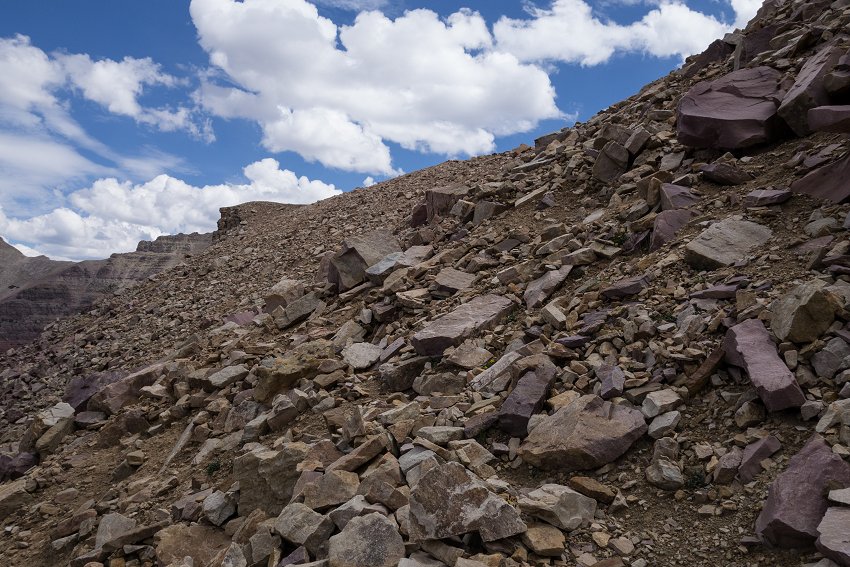 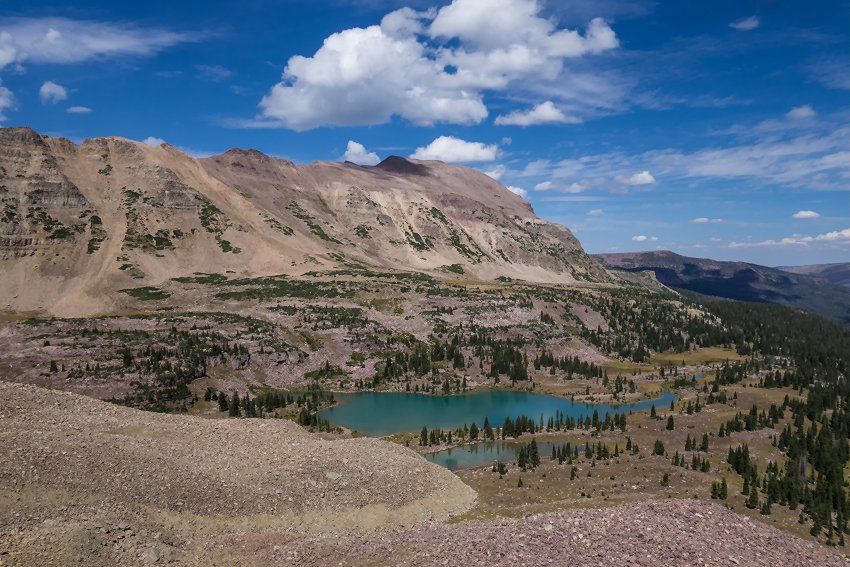 Down the Basin Towards Norice Lake 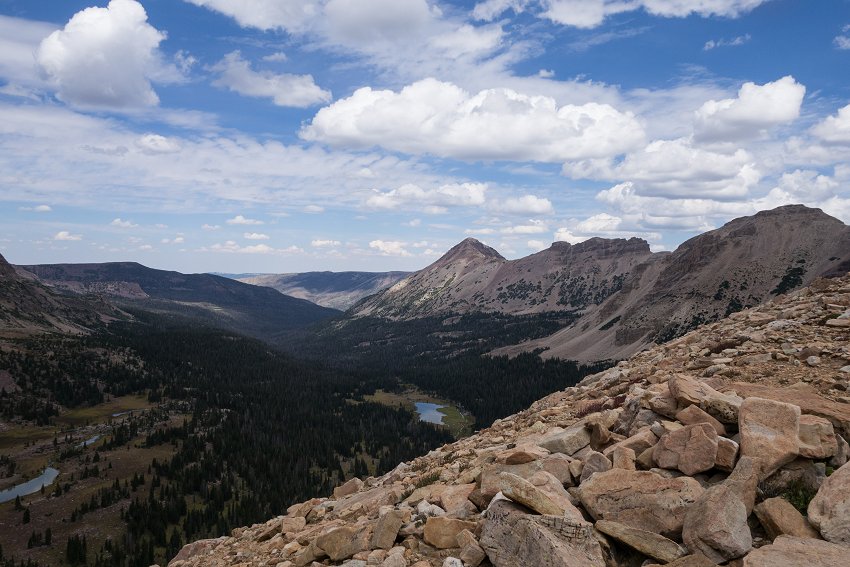 Upper Rock Creek from the Pass 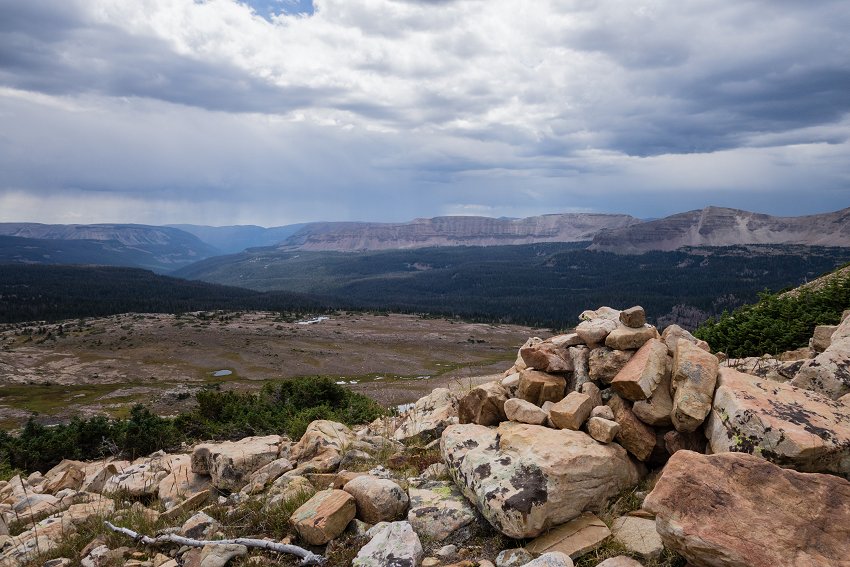 Cliffed Out - Spent an hour climbing down from here and spotted the largest buck I have ever seen! 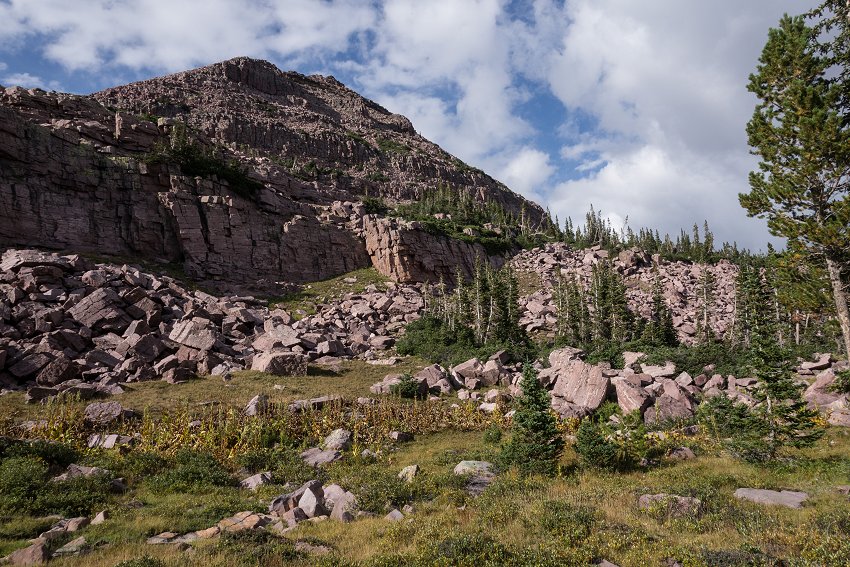 Second Camp - What a View! 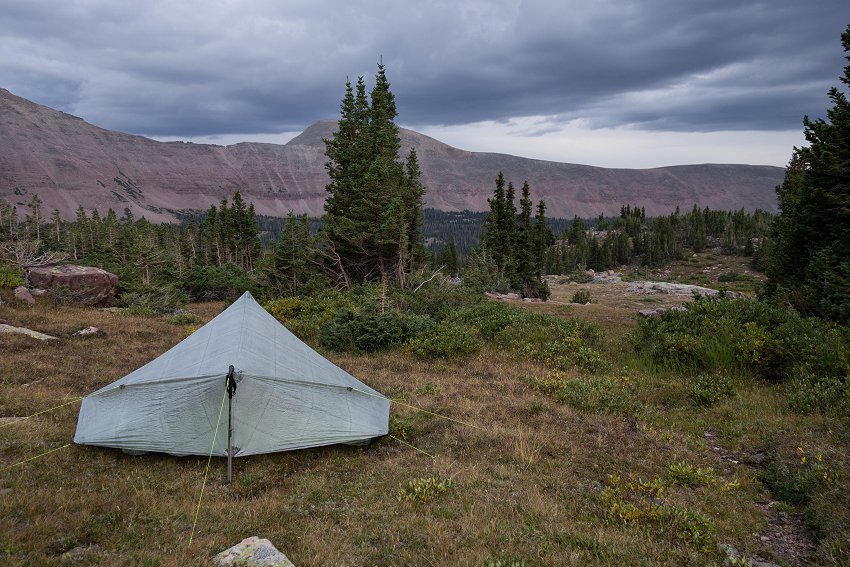 Packed for Home on the Last Morning 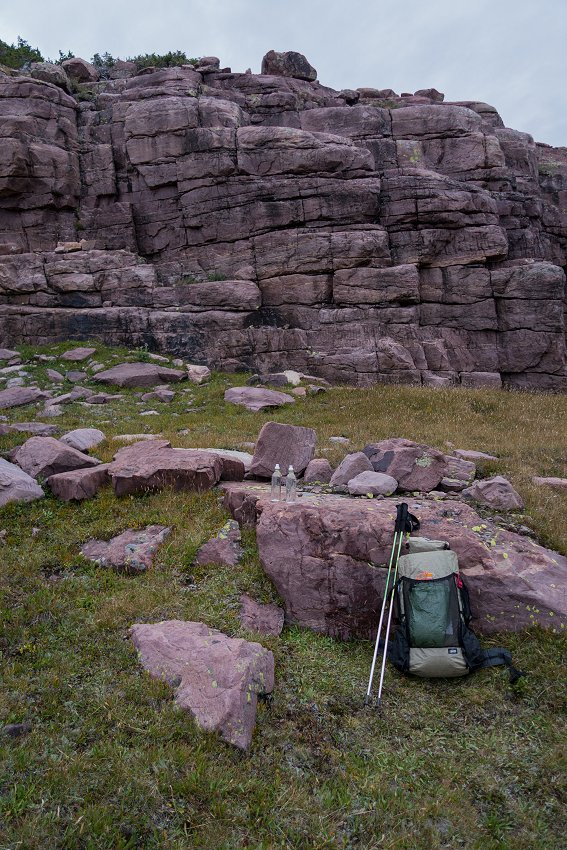 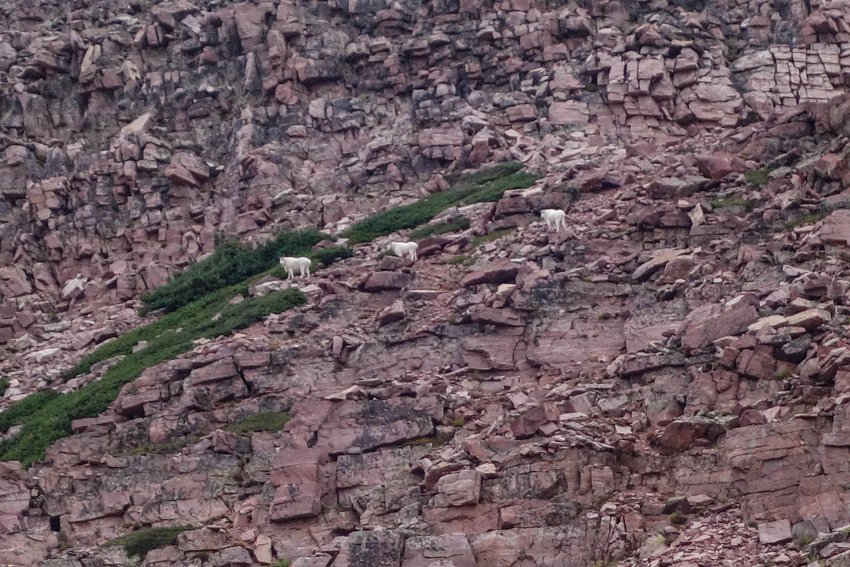 At the Top of Deadhorse Pass 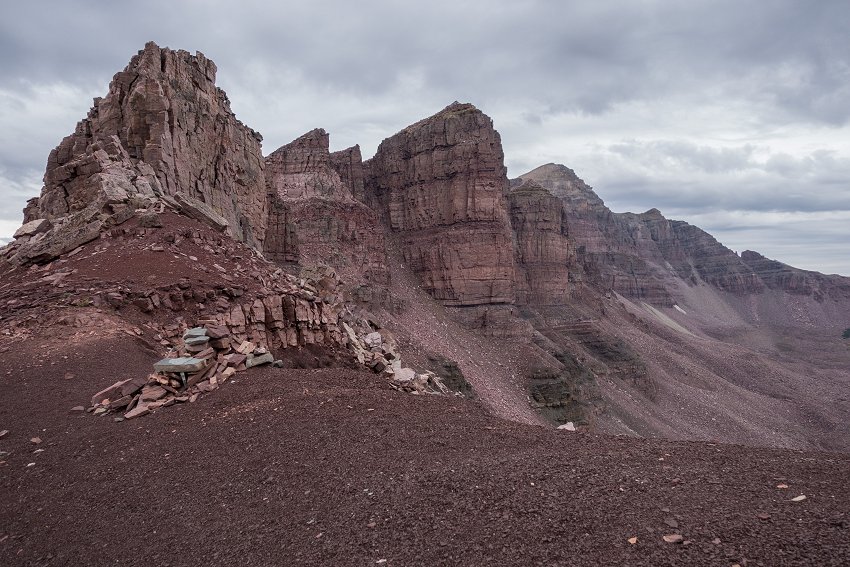 The "Dead" in Deadhorse Pass? 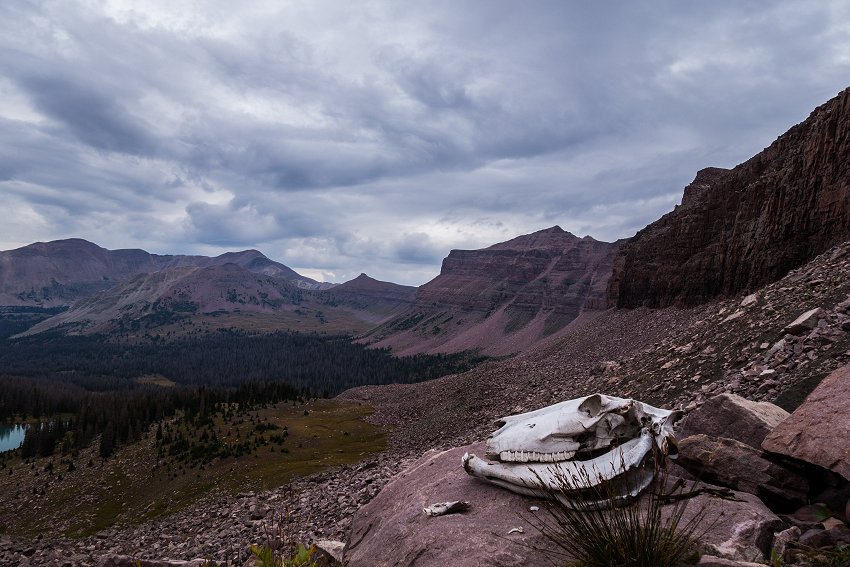 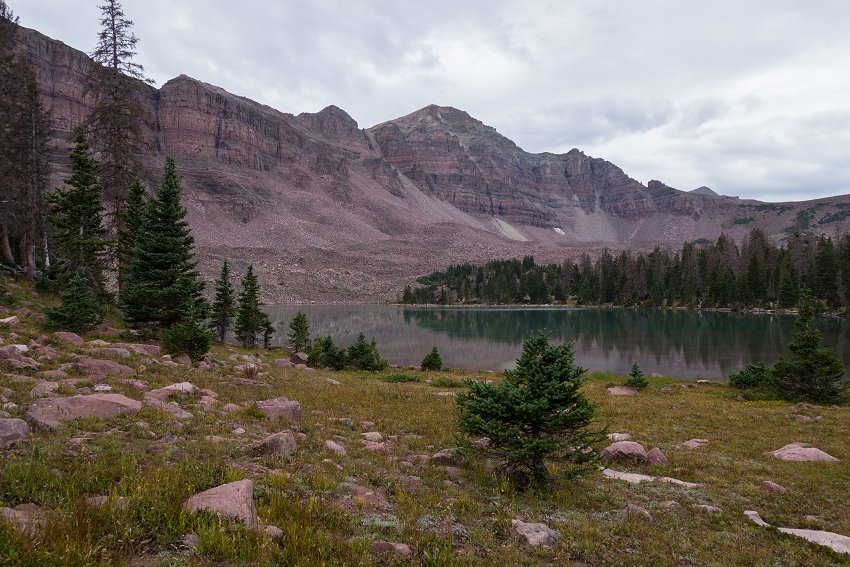 Where I Came From - Looking Up from Buck Pasture 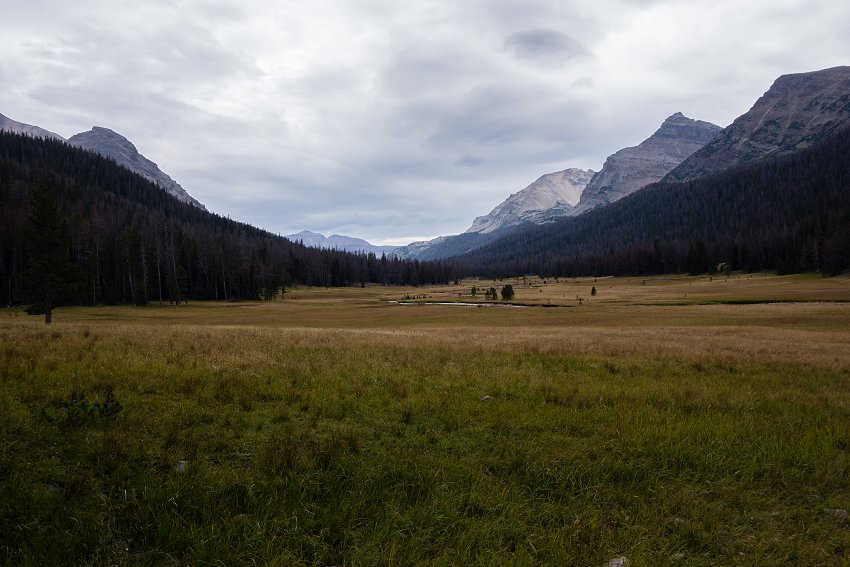 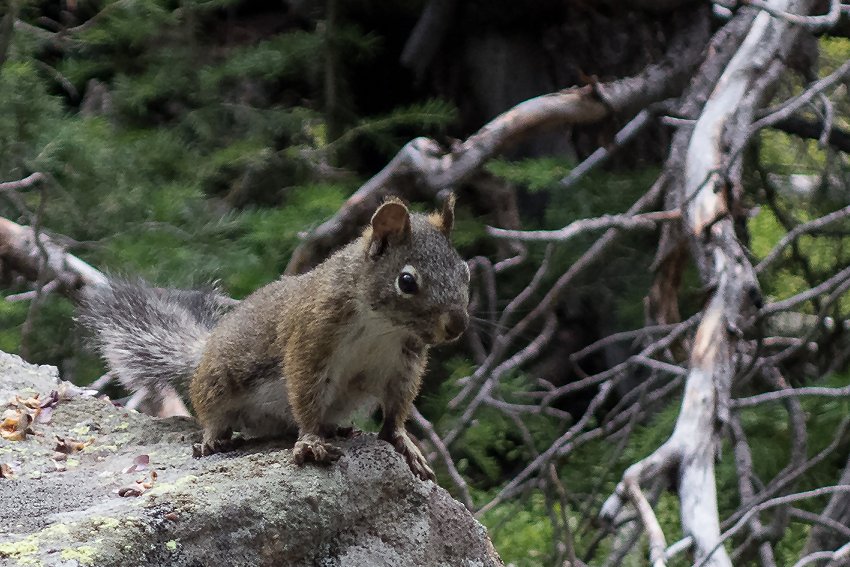 The Last Climb - It's Downhill from Here - Dead Man Pass 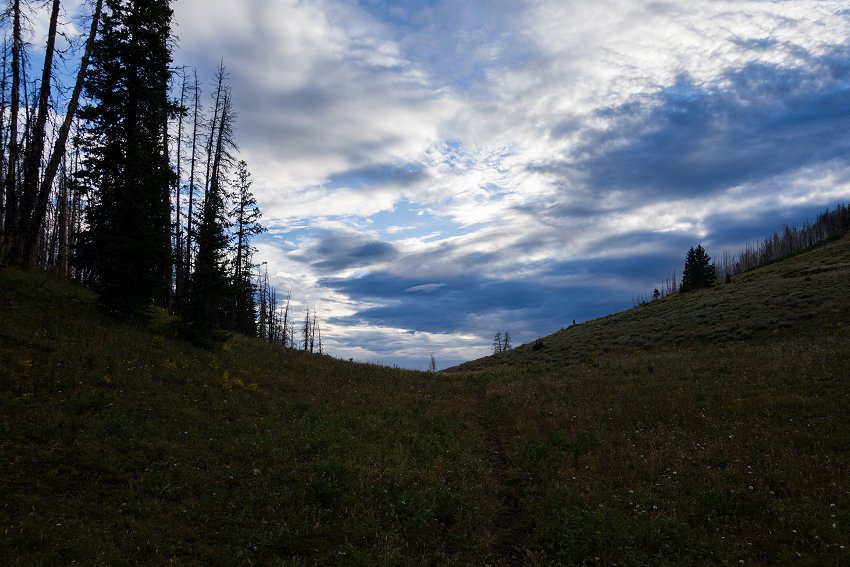 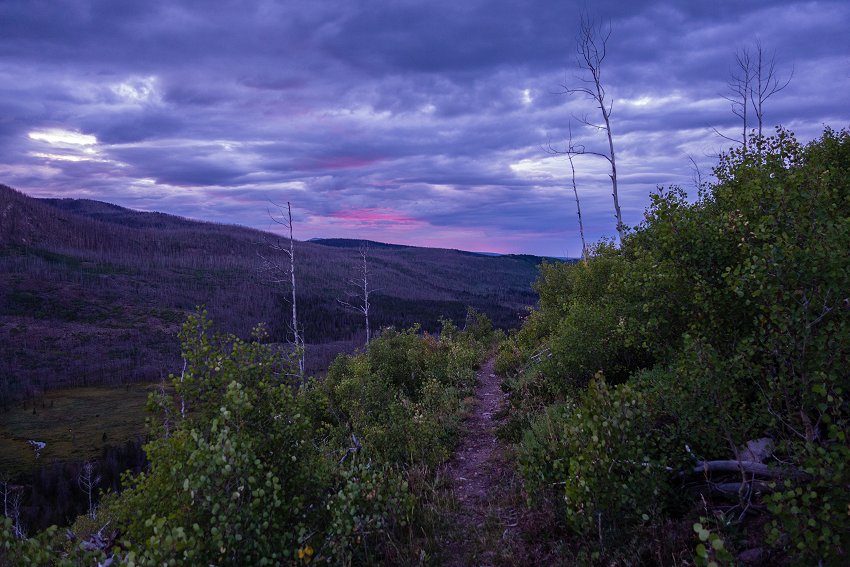 I would definitely do this trip again... although with a variation. Next time, I would cross over the ridge west of Deadhorse Lake to Allsop Lake and descend back down the East Fork of the Bear drainage to the trail head.

Going down West Fork of Blacks Fork became brutal with the final leg over the Bear River Smith's Fork trail. This trail passes through a lot of burned areas with many elevation gains and losses... Half the distance parallels a road with obviously heavy ATV traffic. I passed through late enough on Sunday evening that most of the traffic had gone back to their camps - I could only hear them in the distance through the trees - but it still wasn't the wilderness experience that I had during the earlier part of the trip.

Nice report, Eagle! Thanks. How steep is the north side of Ostler pass? 20 degrees, 30? Is it stair-step steepness? I turned around at the pass in the winter due to avalanche conditions, coming from the south up Rock Creek, and always wondered.... Looks quite steep in your photo.
Art

langutah said:
Nice report, Eagle! Thanks. How steep is the north side of Ostler pass? 20 degrees, 30? Is it stair-step steepness? I turned around at the pass in the winter due to avalanche conditions, coming from the south up Rock Creek, and always wondered.... Looks quite steep in your photo.
Click to expand...


Thanks! I would guess it's probably about 30 degrees in most areas...possibly a little steeper in places. Like much of the Uintas, it looks steeper than it actually is. It was challenging but not particularly difficult. I just took it slow, watched for remnants of the old trail and the few cairns that exist. I also found the footing to be better than it looked from a distance. There wasn't as much loose scree as I expected.

Fantastic trip report! That is such an awesome route you took. I've been wanting to tackle Ostler pass for years so it's especially awesome to see it done. And I think I got cliffed out in the same spot as you one trip. Beautiful country to walk through in upper Rock Creek. One question - if you had two vehicles, would you still slip back over into the East Fork at Dead Horse or would you then go down and just end at WFBF TH? I ask because out of those two drainages, I found WFBF to be many times better than the trail up through EFBR. I'd hate to miss that part but crossing over that last chunk sounds pretty lame after all the goods you would have just gone through.


uinta_eagle said:
After lurking around this forum for several years, and thoroughly enjoying the vicarious pleasures of reading about your varied and exciting experiences, I've finally found the ambition to contribute a post of my own.
Click to expand...


And thank you so much for this. It bums me out sometimes that so many people use BCP but not that many actually post their own trips for some reason. So thank you! BCP wouldn't exist if it weren't for trip reports like this!
\
Follow me on IG: canyon_country_groovers
/

Thank you Nick - I've made a resolution to start recording and sharing my trips... so expect to see more

Thanks for providing such a great forum.

Actually, given a car shuttle, I would probably do as you suggest and just end the trip at WFBF trail head. That drainage is one of my favorite hikes. The scenery is spectacular and it's such a gentle slope that the downhill trip to there was very enjoyable. However, I still have an urge to cross that pass between Deadhorse and Allsop just to say I've done it 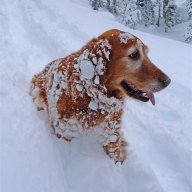 
Nick said:
And thank you so much for this. It bums me out sometimes that so many people use BCP but not that many actually post their own trips for some reason. So thank you! BCP wouldn't exist if it weren't for trip reports like this!
Click to expand...

More prizes
You must log in or register to reply here.
Similar threads