Show off your gear!

I'm a bit of a gear junky so I thought it would be cool to have a thread where we can all post new gear items as they come along and maybe show off a bit. If it's something really out of the ordinary that warrants a good discussion, post a new thread.

Audra just gave me an early birthday present to use in The Wind Rivers this week.

Mountain Hardware Phantom 32, 1 lb, 7 oz, rated to 32 degrees (I'll be able to rock it to 20 easy) and packs down crazy small. Any worries I had of being able to use my 36-liter day pack for the 85-mile Highline in a few weeks just disappeared. 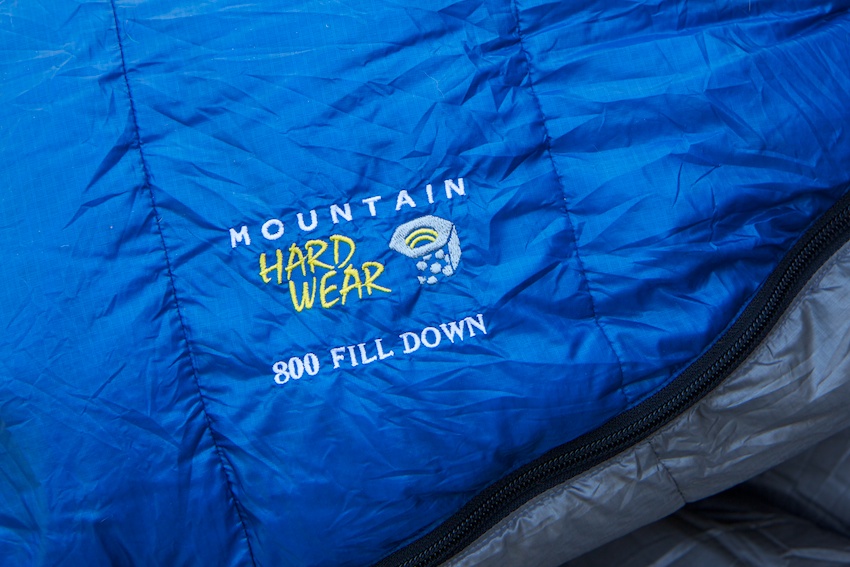 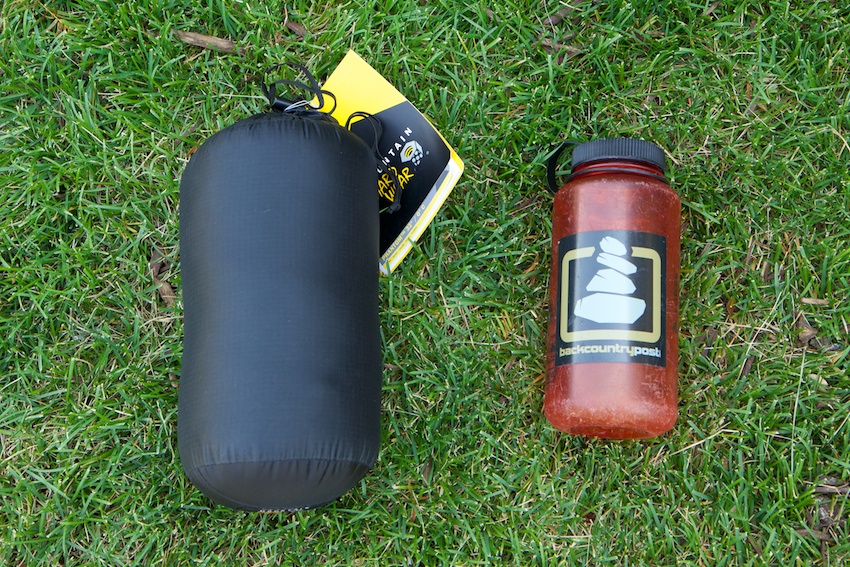 nick said:
Audra just gave me an early birthday present to use in The Wind Rivers this week.
Click to expand...

HomerJ said:
Winds this week? Where you going?!!!
Click to expand...


Definitely starting from Elkhart Park or that vicinity but not sure exactly where. Maybe Cook Lakes, maybe Titcomb Basin, maybe... ? suggestions?
IG: @backcountrypost

nick said:
Definitely starting from Elkhart Park or that vicinity but not sure exactly where. Maybe Cook Lakes, maybe Titcomb Basin, maybe... ? suggestions?
Click to expand...

I think you should go into the Titcomb, then you can tell me where to go when I go there in Aug!!! LOL! :twothumbs:

If you want a little of everything: I'd try and make a loop out of the Cook Lakes, Titcomb. You can hike over from the Cook Lakes to Little Seneca Lake via Lester Pass or you could go up to Wall Lake and over to Island Lake. I have read a few trip reports of people using the "Wall-Island Lake pass" route.

If going solo: If I were going in solo I'd probably just hit the Titcomb, but that is because I have never gone solo and I would feel safer if I were to break a leg or something there would be others around that could get me help. We are planning on camping at Seneca to avoid the crowds I hear Island Lake/Titcomb gets. We'll take a day hike into Titcomb while in the area.

nick said:
Definitely starting from Elkhart Park or that vicinity but not sure exactly where. Maybe Cook Lakes, maybe Titcomb Basin, maybe... ? suggestions?
Click to expand...


I'm headed to the Winds this week also! I'm going on the Lander side though. I agree with HomerJ, Go for the Titcomb basin. I have it on good authority that fishing for a certain fish is very good right now in that Basin... I'll be tracking down my own legends near the Southern end of the range. Awesome bag! I'm definitely jealous.
Hamblin Photography

Ugh... that was an expensive trip to REI. Finally getting Audra back to backpacking now that she's done with school. I'm trying my hardest to make sure she has the best of the best gear to make sure she's super comfortable and stoked on backpacking since she's had such a long break. Today it was a Thermarest NeoAir All Season, Thermolite Reactor Compact Plus sleeping bag liner, a mosquito head net and some nice backcountry attire... $400 . 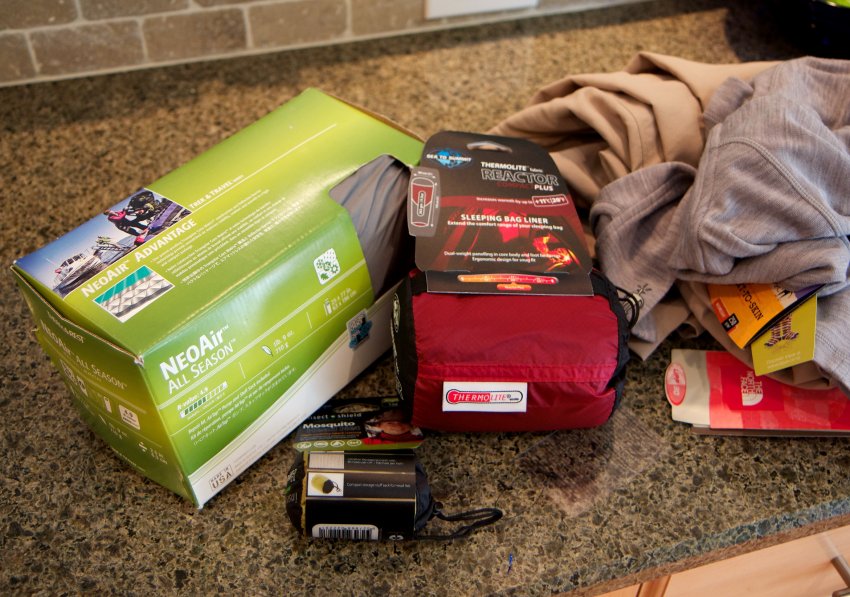 I love the Thermolite sleeping bag liner, bought one for myself last year and used it with my 15 degree bag before I got my 0 degree down bag. It really helped a lot to raise the temperature a few degrees.
http://yvonnebaurphoto.smugmug.com/

Here is my newest purchase. It's a Spyderco Ladybug3 Hawkbill Salt. I have about 5 Spyderco knives and they are by far my favorite brand. I've never seen knives that come out of the box sharper than Spyderco. I also really like the aggressive teeth on their serrated blades. Their "salt" versions like this one are completely rust resistant and the H1 steel sharpens up very nice. I like this knife because it is really compact but when in use it handles like a bigger knife. Specs are: Folded length- 2.438" ; Overall length- 4.313" ; Blade length- 1.875" ; Weight- 0.6 oz; I also like the yellow color 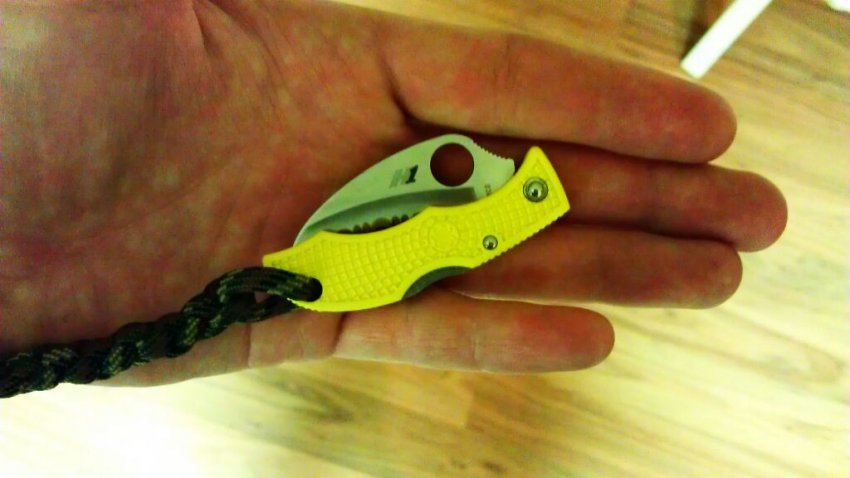 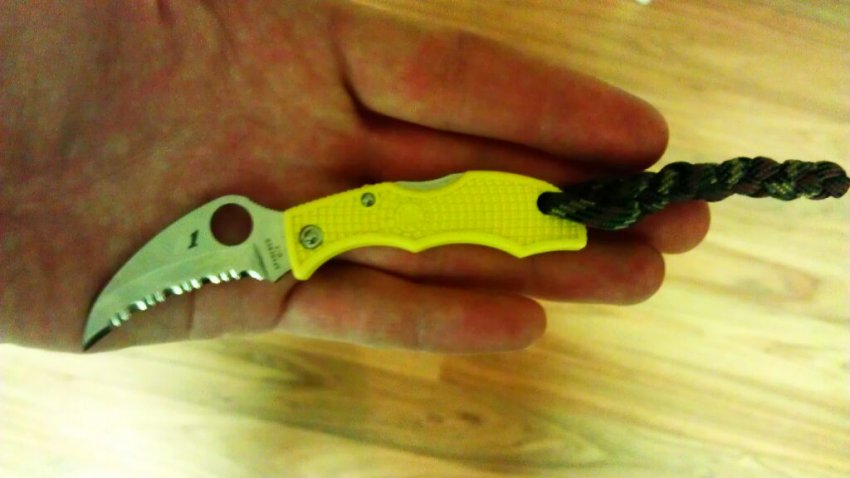 I know this isn't technically pure backpacking gear but I did get it mainly for backcountry trips since it's a 4 piece rod. Plus, it's too beautiful not to show off. Custom TFO BVK fly rod. Guacamole colored thread wraps with metallic burnt orange accent stripes. Myrtle wood reel seat insert and chrome hardware. These pictures don't really do it justice either. 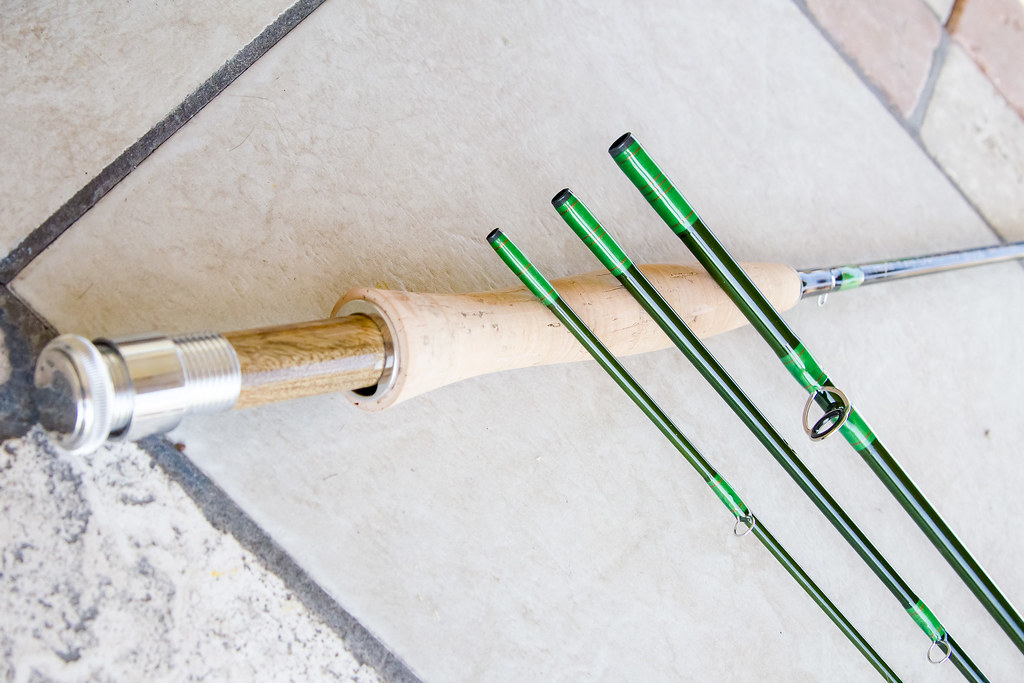 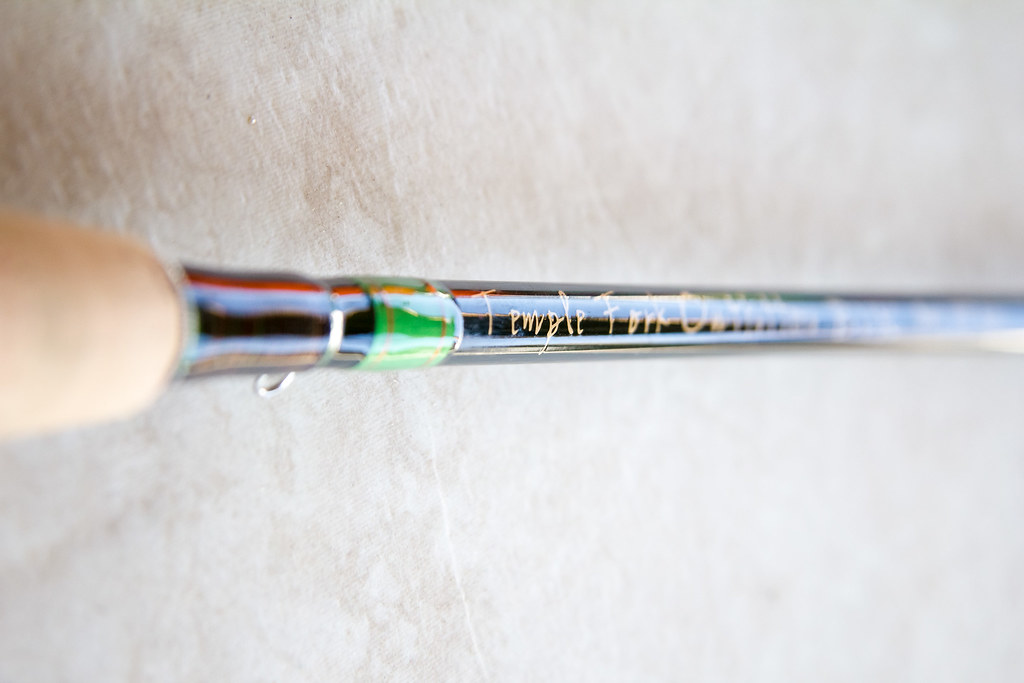 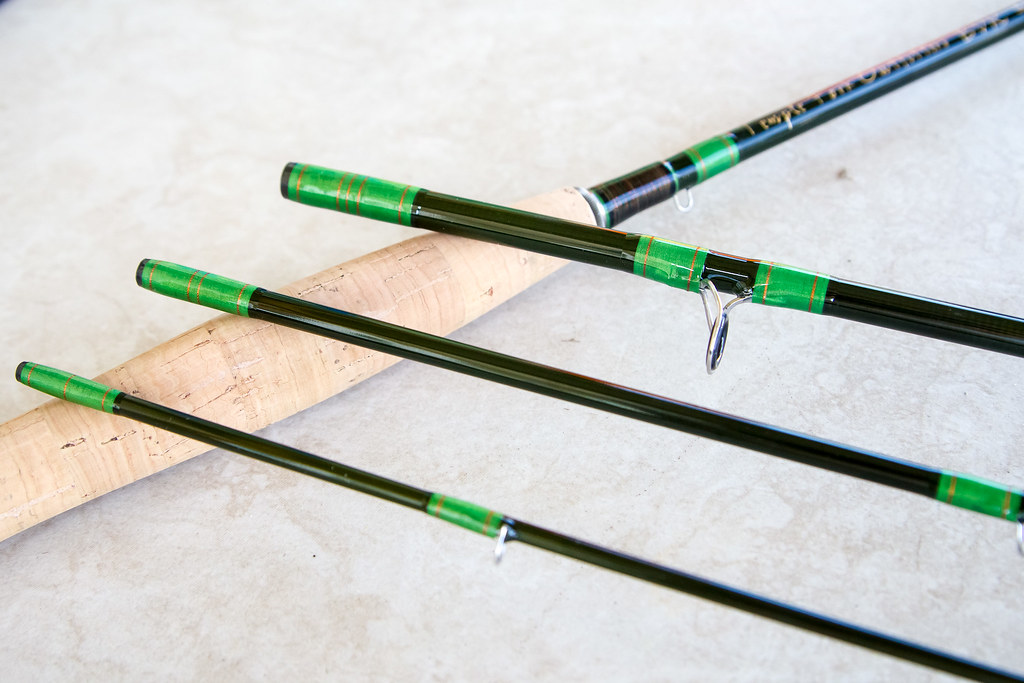 Deadeye008 said:
I know this isn't technically pure backpacking gear but I did get it mainly for backcountry trips since it's a 4 piece rod. Plus, it's too beautiful not to show off. Custom TFO BVK fly rod. Guacamole colored thread wraps with metallic burnt orange accent stripes. Myrtle wood reel seat insert and chrome hardware. These pictures don't really do it justice either.
Click to expand...


Very nice man. And who said anything about backpacking gear, any gear you use outside counts!
IG: @backcountrypost

I used my Marmot Grid 2 4season tent the first time this weekend. I got it on a sale a few weeks ago and since then I had no chance to use it.
Right now with the hot temps here in the East there is no need to use that kind of tent, but it was a fun first experience.
As a storm passed by with a gust front and 64mph winds I could sit it out and the tent was like a bomb shelter. Perfect for winter camping in stormy conditions or some later mountaineering trips.
Ventilation is good, even with the humid and sweltering temps we had and the good thing is I can pitch the fly first and then attach the inner tent sheltered by the fly. Good for rain and extremely wet conditions.
So far I'm happy and can't wait to use it for some winter trips or cold weather camping here in Western New York 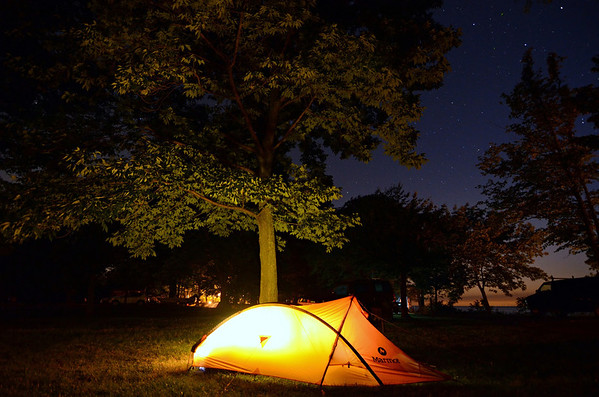 http://yvonnebaurphoto.smugmug.com/
You must log in or register to reply here.
Similar threads