Plans to backpack thwarted by some great Final Four Basketball, Lori and I took a leisurely sightseeing tour of Hovenweep, Natural Bridges, and Cedar Mesa.
No pics of Hovenweep visiting the Towers and Lowry Pueblo on April 4.

A hike down into White Canyon and Armstrong Canyon viewing the "sites". 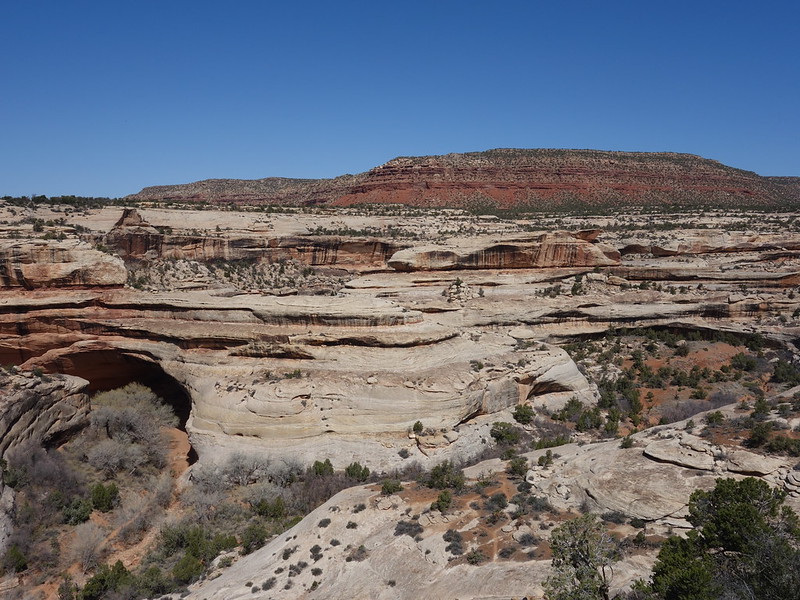 Descending to Kachina Bridge by John Morrow, on Flickr 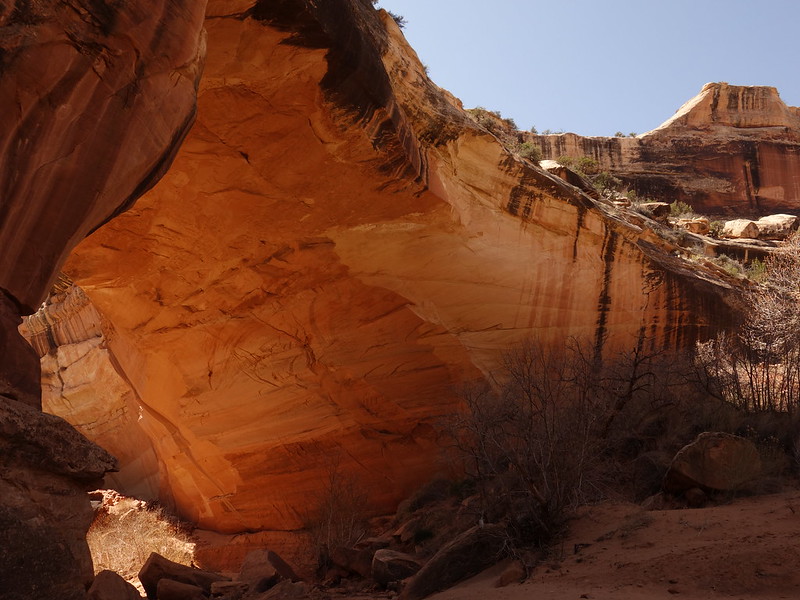 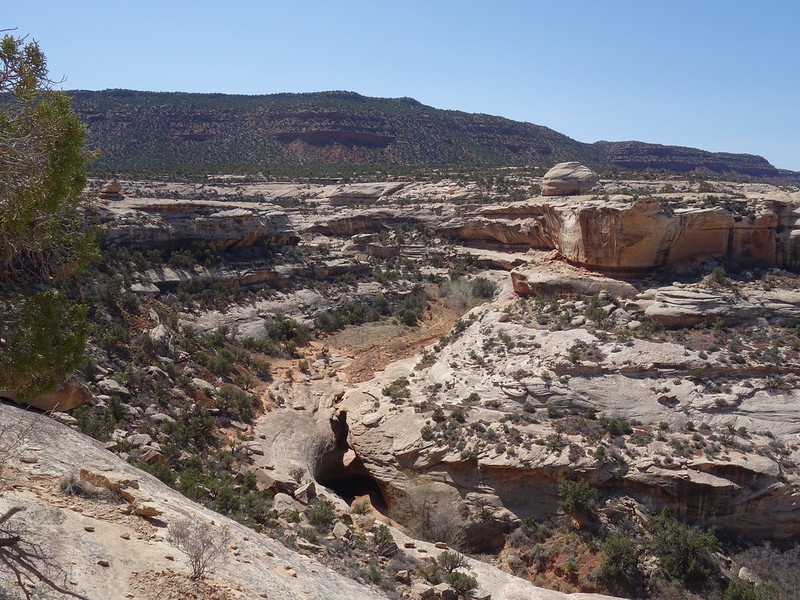 Connecting Slickhorn One and Two as a fine loop. One note: there are several necessary dryfall or boulder jam bypasses going upcanyon in Slickhorn 2. They go upcanyon left and are intuitive. Souldn't be a issue for any familiar canyon hiker. Unfortunately, the NCAA Championship game that night was a big disappointment. 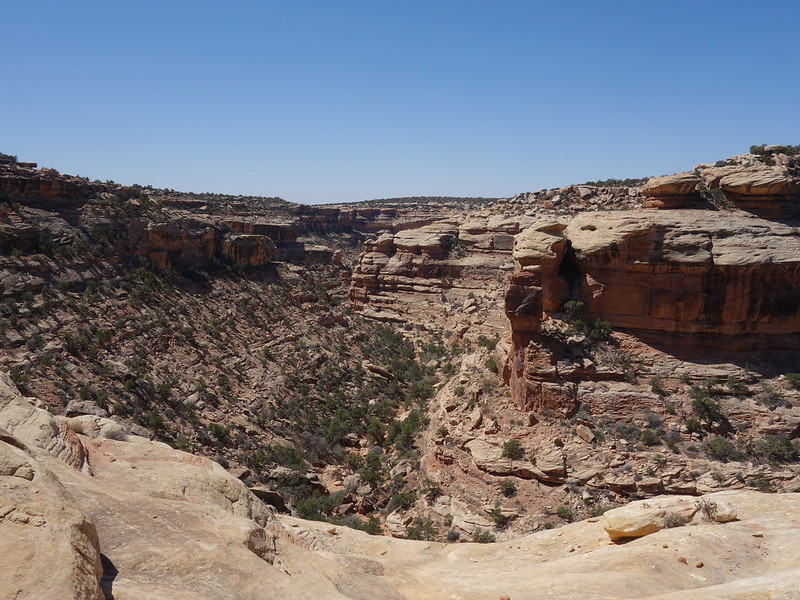 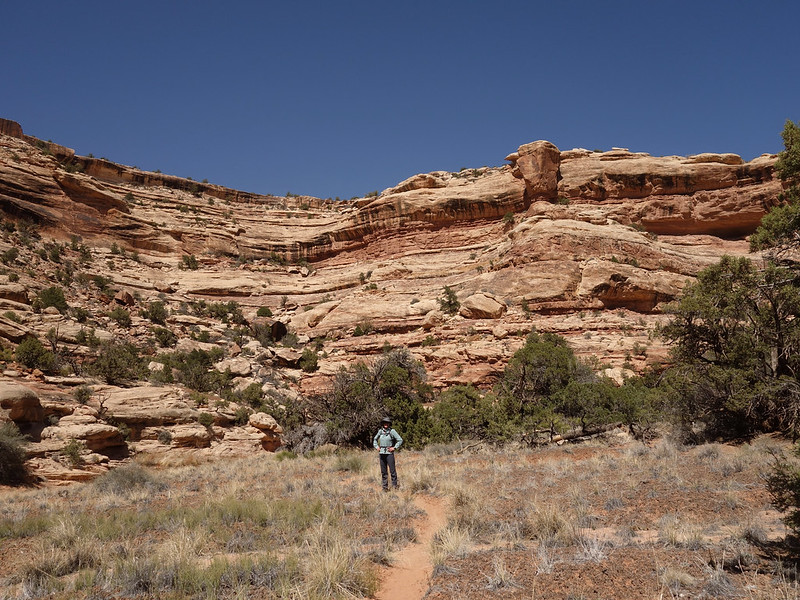 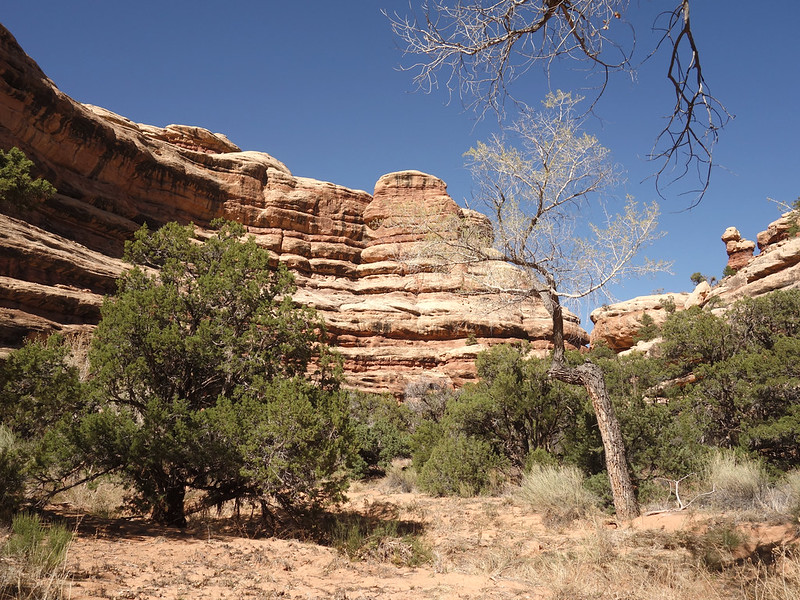 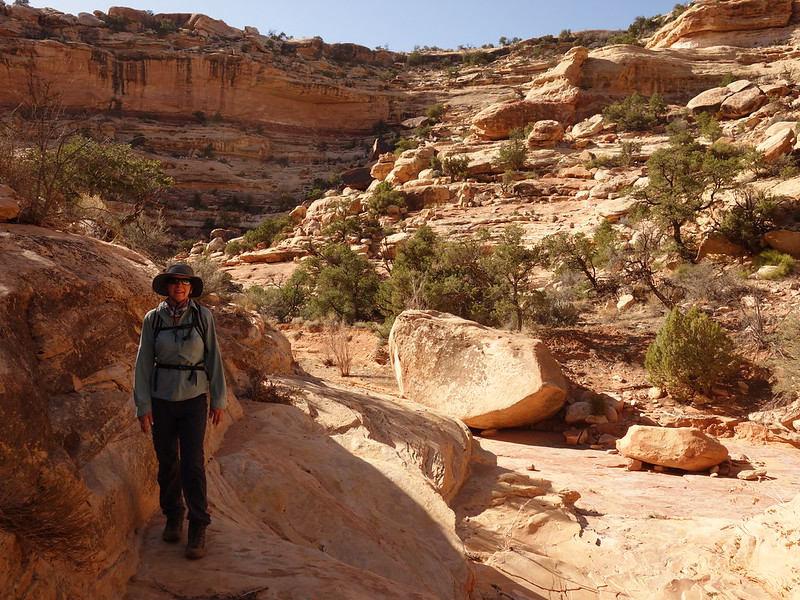 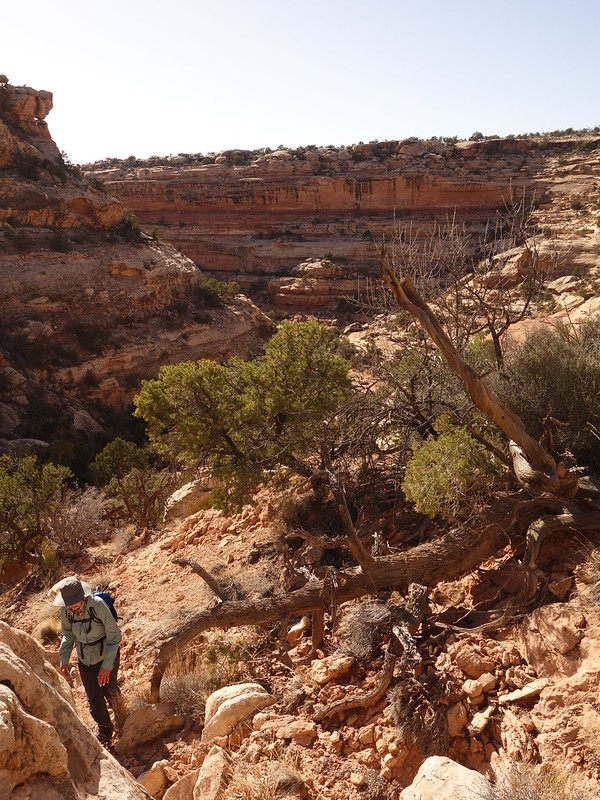 Almost out of Slickhorn 2 by John Morrow, on Flickr

Slickhorn has been on the list, and "leisurely sightseeing" by hiking many miles is not bad at all.
I am liking these reports.

Just missed you by a few days. I was in a lot of that area the next week. Almost running into the whole Secretary of the Interior delegation that Thursday- except the wife did not want to hike Arch canyon that afternoon, after almost stepping on a rattlesnake at Cave Towers. Probably for the best, since I doubt they would have let us hike Arch with all the UT politicos following around the Secretary and the Press. We also just missed her press conference by mere minutes in Blanding that day too... all unknowingly until after the fact when I read the news.
We also did Hovenweep and Lowry on Friday, among others which were new visits for me. 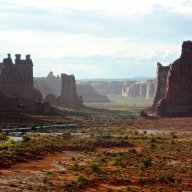 Beautiful! Looking forward to getting back to that part of the world.

I agree. As one who was cheering on the Zags, the championship was big time disappointment. I do wish I lived closer down south sometimes. Would be fun to do lots more exploring down under the Mesa there.

Awesome! Slickhorn is a place I have wanted to go for a while. Tried it on a hot day and got a little stumped on the down climb in Slickhorn 1. The first marked climb looked a little too steep for a return on such a hot day and so we turned back. Found out later we needed to go further on before heading down.
You must log in or register to reply here.
Similar threads