Second Journey into The Maze : Butterfly Bend and Chaffin Geyser

Having been occupied most of this past fall and winter with our move from Phoenix to Grand Junction, we, uncharacteristically, hadn’t planned out our 2019 spring adventures. We came to this realization one day in February, quickly jumped on the Canyonlands website, and grabbed campsites in the Maze District that were still available. We’d been wanting to revisit the area since our first trip there in October of 2017. We ended nabbing two nights at Golden Stairs, followed by two at The Neck, and then two at High Spur. We felt quite lucky that we managed to get consecutive nights with only moderate travel times between sites. No criss-crossing the Maze because we’d failed to get a permit further in advance!

Having secured our campsites, I proceeded to map out our daily plan and grew excited to know that this time we’d reach the Harvest Scene as well as see new (to us, anyway) parts of the Maze. However, as the time to depart neared I grew quite concerned about taking our “square-drop” trailer up the Flint Trail. We’d not yet traveled those infamous switchbacks before so, without firsthand experience, we just didn’t know how bad they’d be. The thought of multi-point turns on the skinny road or, far worse, the idea of having to unhitch the trailer to manually maneuver it weighed heavily on my mind. So, we finally made the decision to reconfigure the itinerary such that we’d only travel Flint with the FJ and leave the trailer up above. It meant we’d miss out on some planned sights on the front end of the trip, but it also meant we could do something else that we’d heard about several years ago.

We took off from Grand Junction late on Easter morning. It was grey, gloomy, and pouring rain. I’m pretty sure we were both questioning the wisdom of starting out our trip in wet conditions. No, I’m sure Blake was. I could tell by his demeanor. I was like a little, impatient kid, though, and was anxious to get started on our upcoming adventure. Luck was on our side again and the weather cleared up as we approached the Utah state line. Blue skies and sunshine were abundant as we sped west on I-70. We topped off our gas in Green River and then headed south on 1010.

First up on the itinerary was hiking to the petroglyphs at Butterfly Bend. We could see from the parking area where we needed to get to, but it wasn’t a straight shot. The hiking was mostly easy, but there were some sections of descending loose, steep slopes to get closer to the Green river. There were times we felt as if we were hiking through Artists Palette in Death Valley what with the chalky, changing colors of the earth. At other times we felt as if we might have been on Mars given the stark, sterile nature of the badland-like terrain. Occasionally we would kick thin slabs of rock that sounded as if they were made of metal. Just plain weird.

After about a mile and a half of hiking we came to the area in which the petroglyphs are found. Here are some of the ones we liked the best: 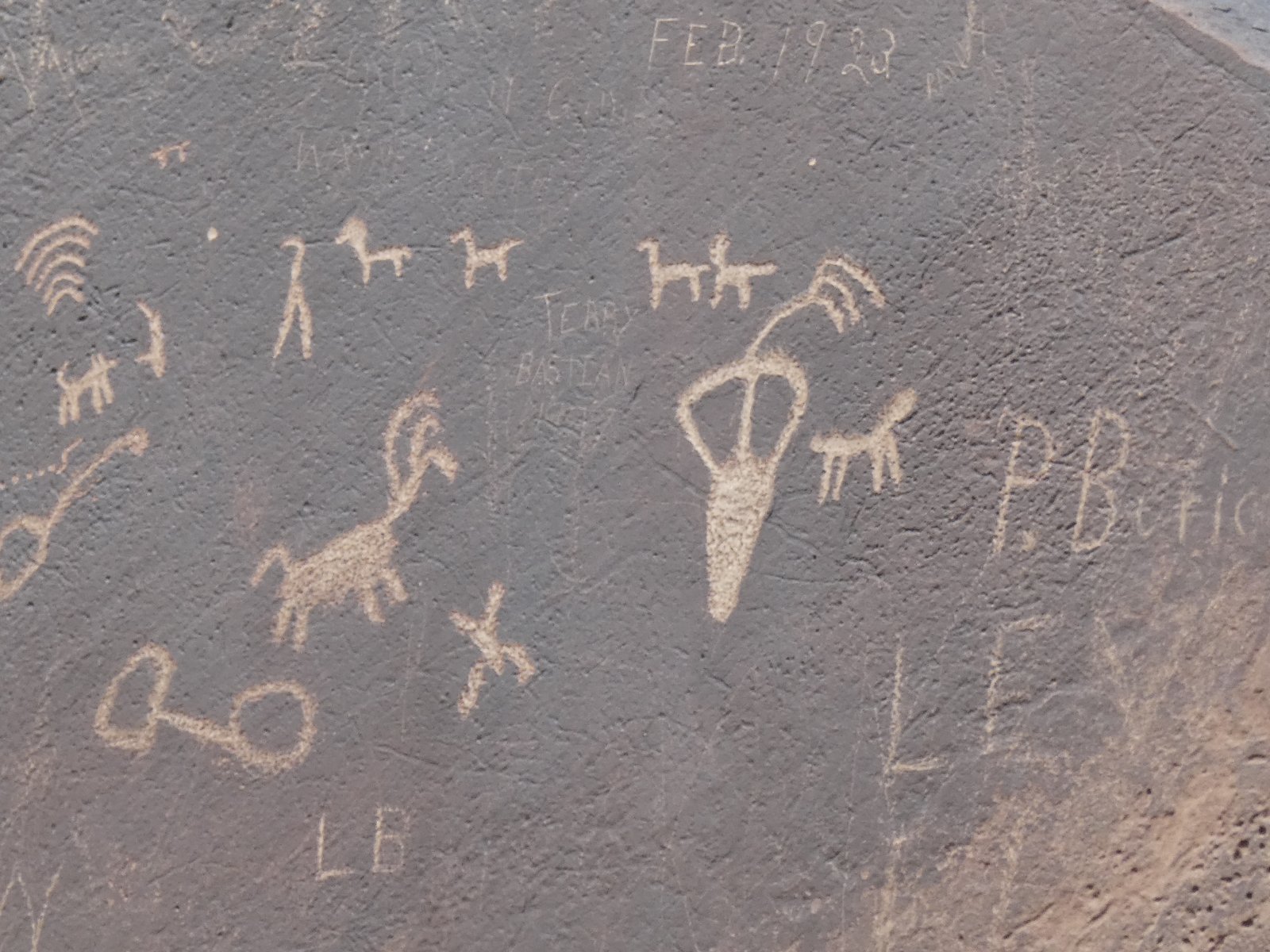 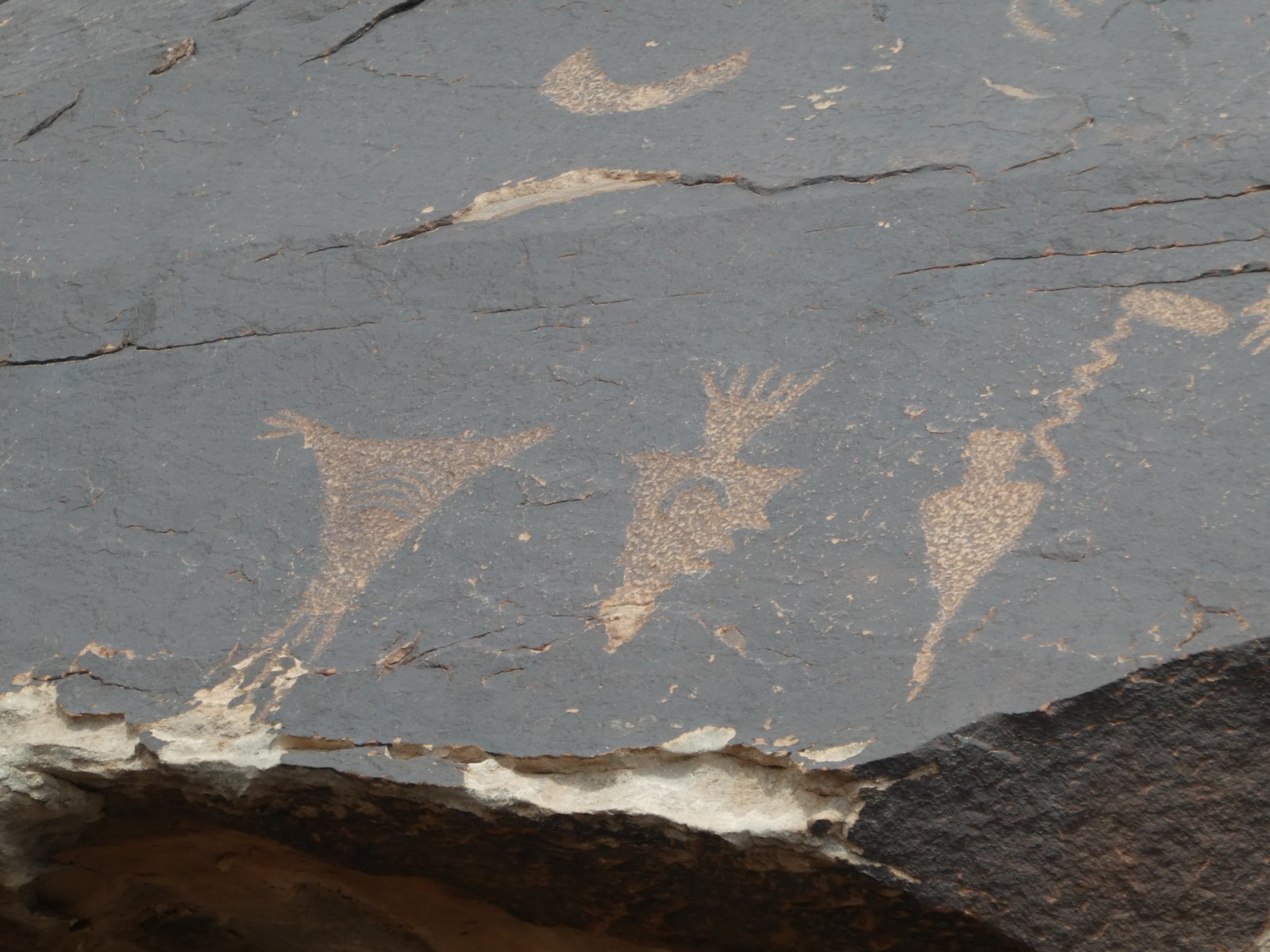 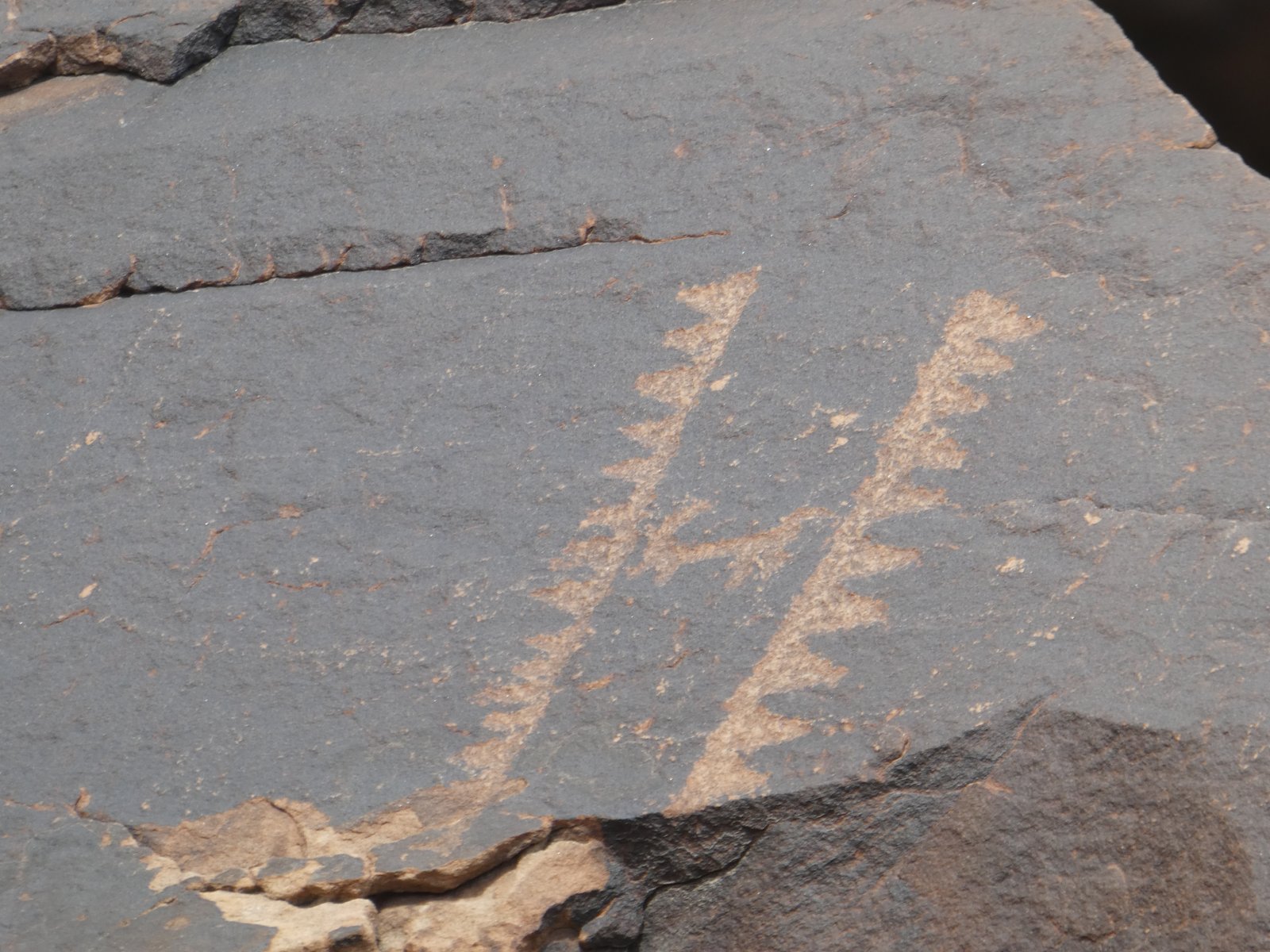 From there we continued south on 1010 to find that night’s campsite. Along the way, we checked out Chaffin Geyser. Having been to Crystal Geyser earlier this year we thought we’d find something similar in nature. But, honestly, we were a bit disappointed. Crystal Geyser didn’t erupt when we were there but the ground around the “hole” was such a fascinating, colorful deposition of minerals that we didn’t really care if we saw it erupt or not. Chaffin Geyser, on the other hand, was far more muted. We found the old, rusty cars around Chaffin to be considerably more interesting than the geyser.

We proceeded south a short way and found a delightful campsite tucked back off the road with nice views in most directions. 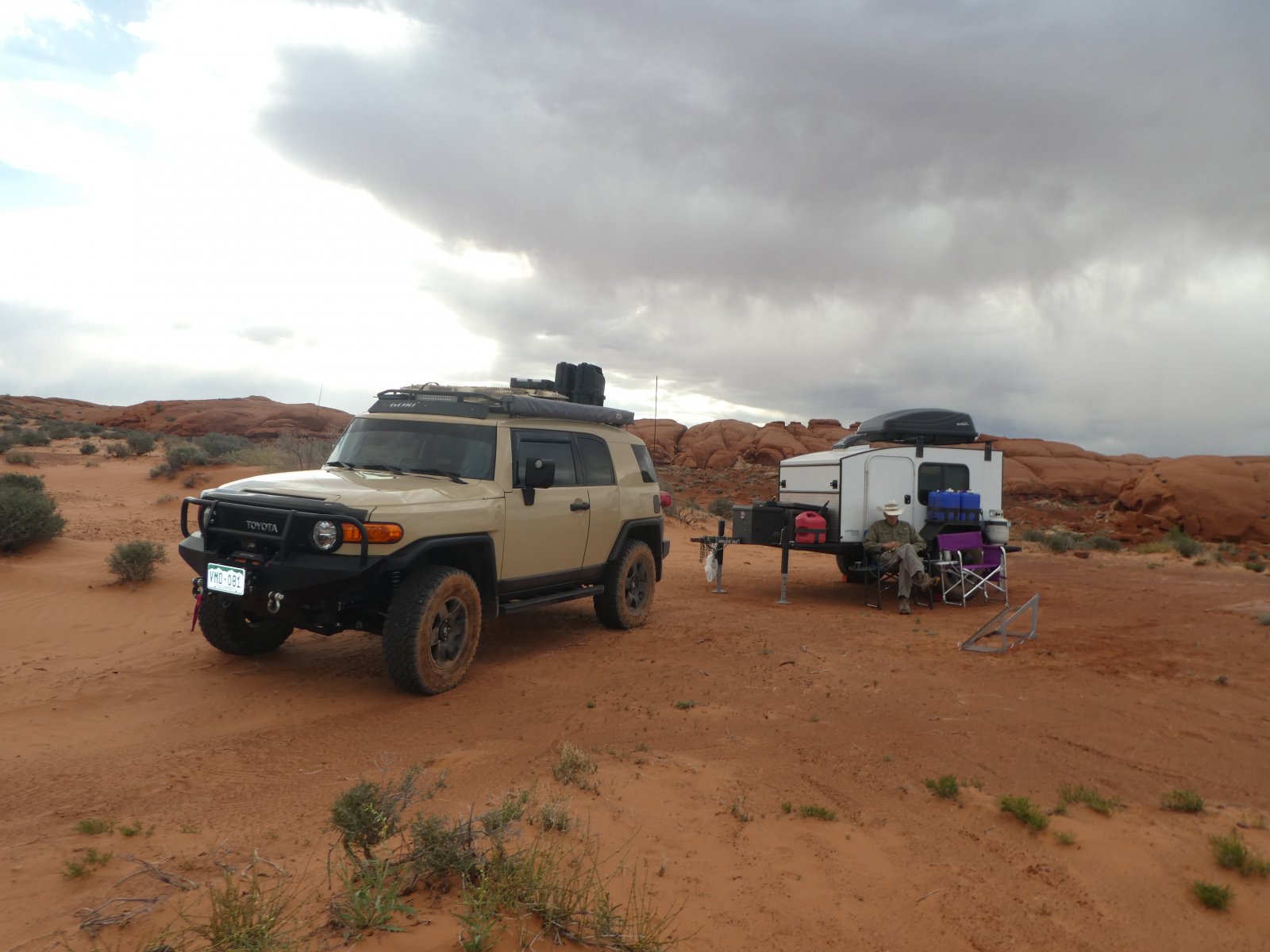 To be continued...
You must log in or register to reply here.
Similar threads