With a free day, I took a solo adventure into the
Cuberant Basin on Friday, September 1.

The Cuberant Basins is one of those areas I have
needed to knock off my list for some time.

The primary purpose of this hike was to find the
Mystery Trail in the meadow above Cuberant,
with a secondary purpose of getting a sense of
where and how Garrett Bardsley disappeared.

And if I happened to meet up with a Big Foot,
well, that would have made the day complete.

Family commitments required that I leave after
8:00 AM and be back by 6:00 PM. With 2 hours
of driving each way, I was going to have to be
fast and focused.

Reids Meadow with Reids Peak in the background. 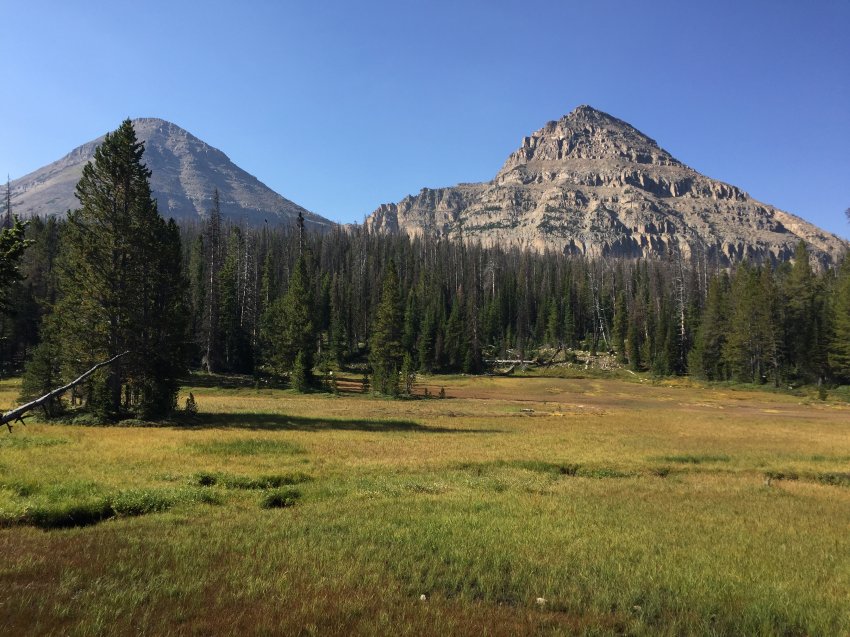 The temperature was perfect and the trail comfortable.
This allowed me to make good time and I made it into
the basin in an hour. 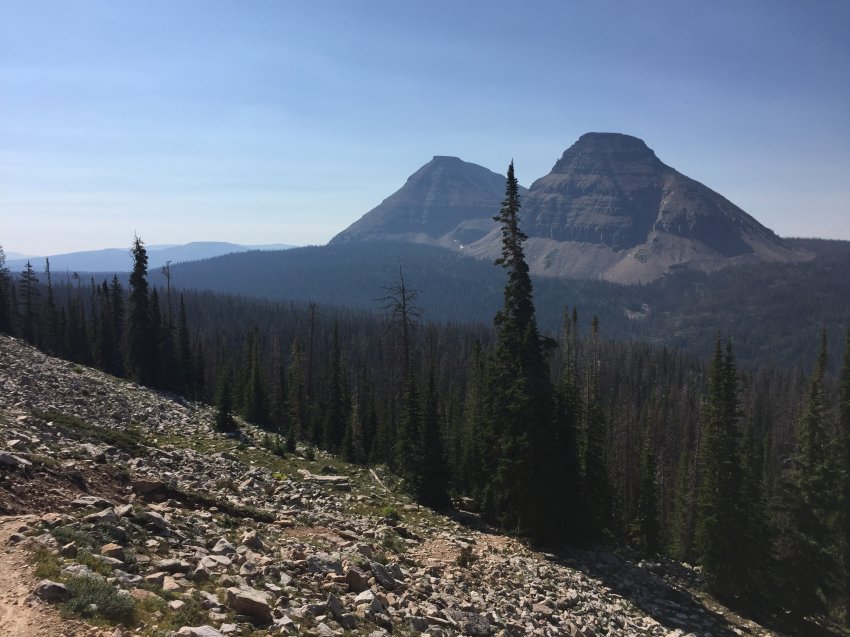 I had read that Garrett and his dad had been fishing
at Cuberant #4 and their group was camped at #1.

So I stopped at #4 to try and see what Kevin Bardsley may
have seen as his son disappeared. 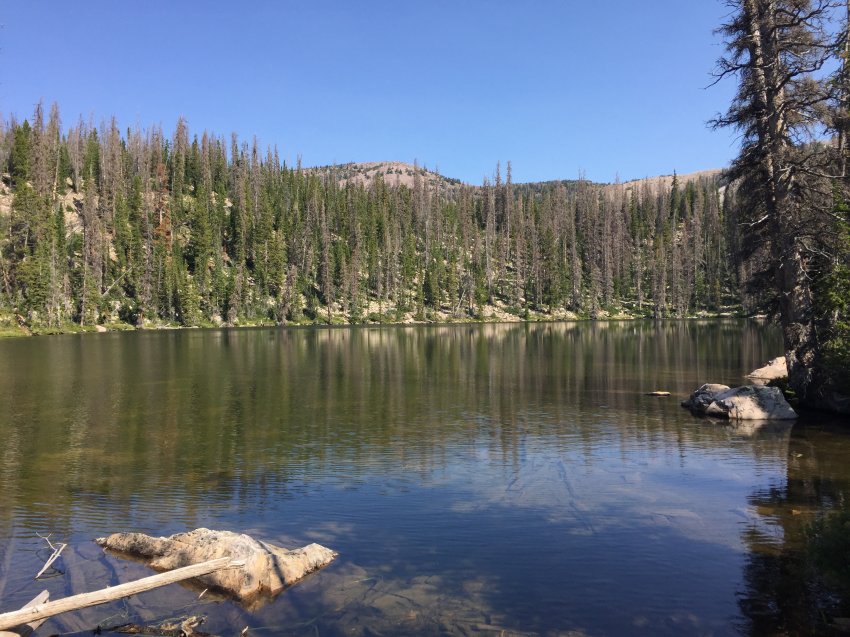 Having now stood here I don't think this is where they were fishing. You would lose someone on the trail in about 20 yards. I need to get correct info on this.

From here I went off trail following this line of travel up. 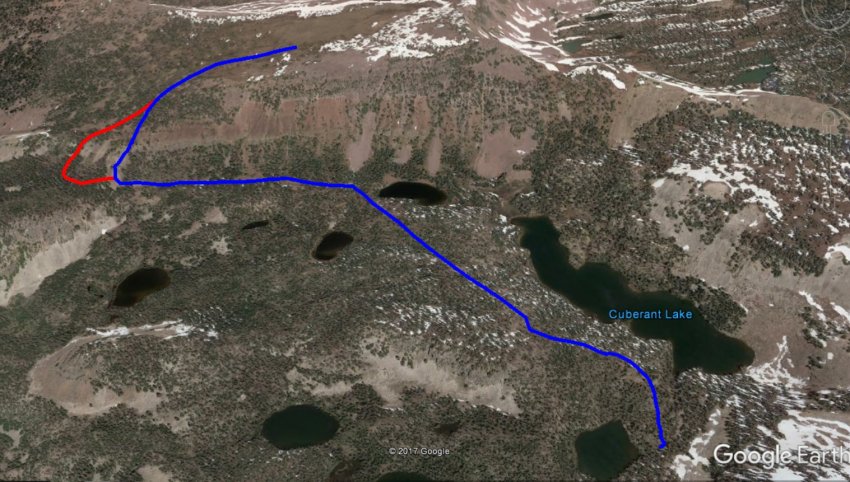 Looking at the big lake, Cuberant #1 I believe, as I head northwest. I noticed there were several camp sites along the south side of the big lake. It's my guess that it's one of these sites that Garrett and his group were camped. 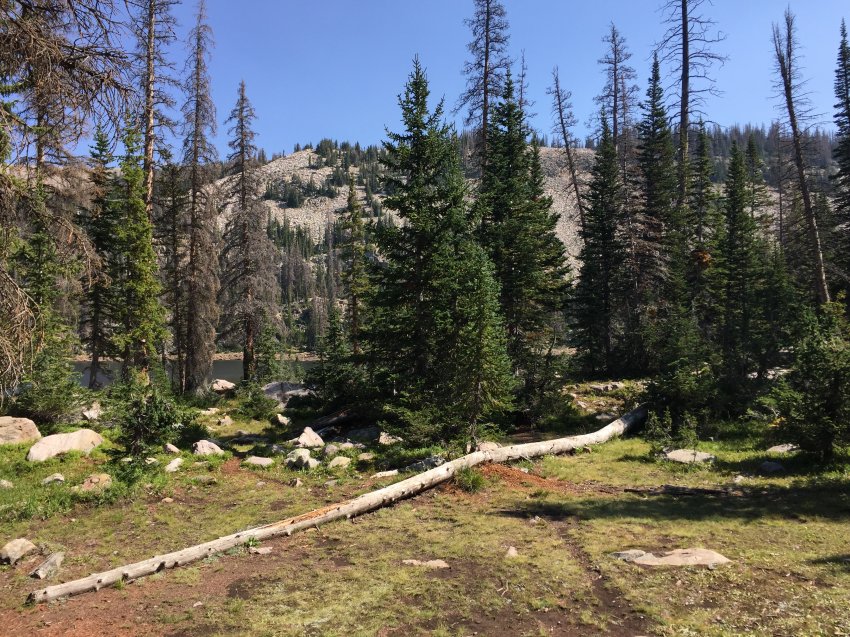 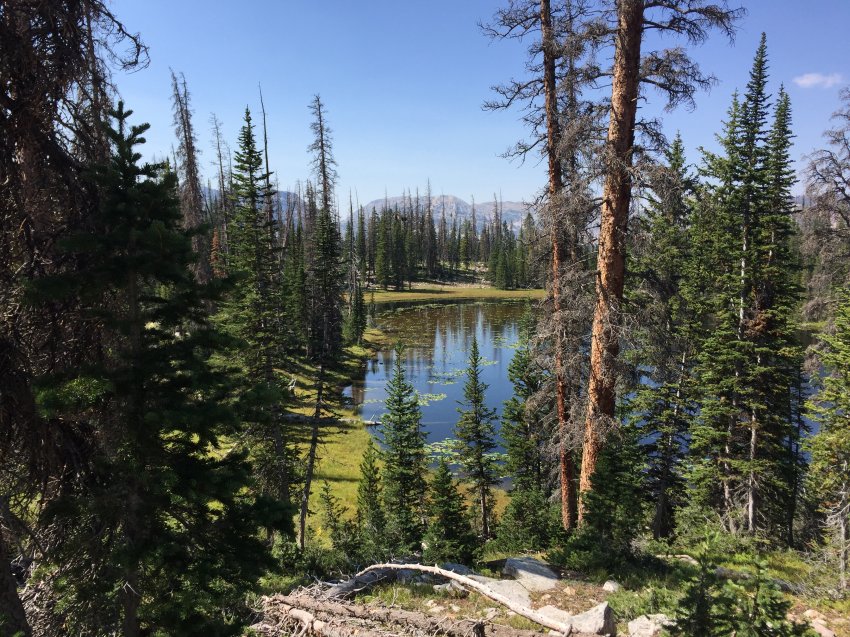 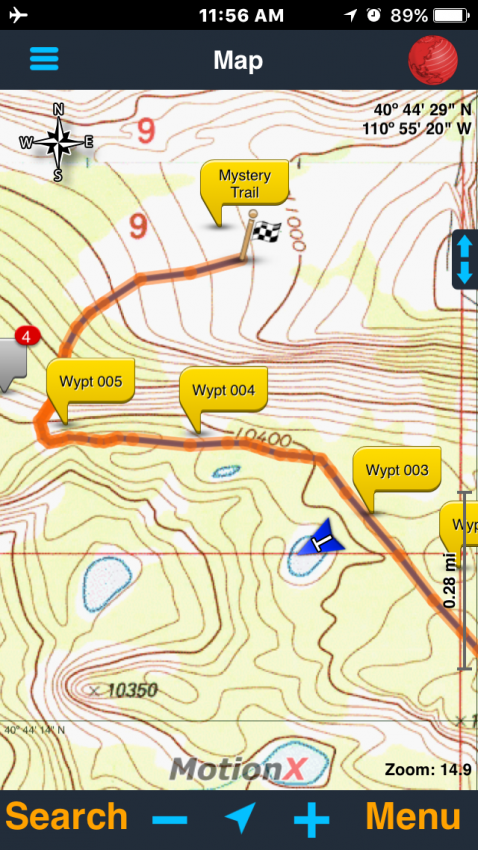 Looking down during my ascent. 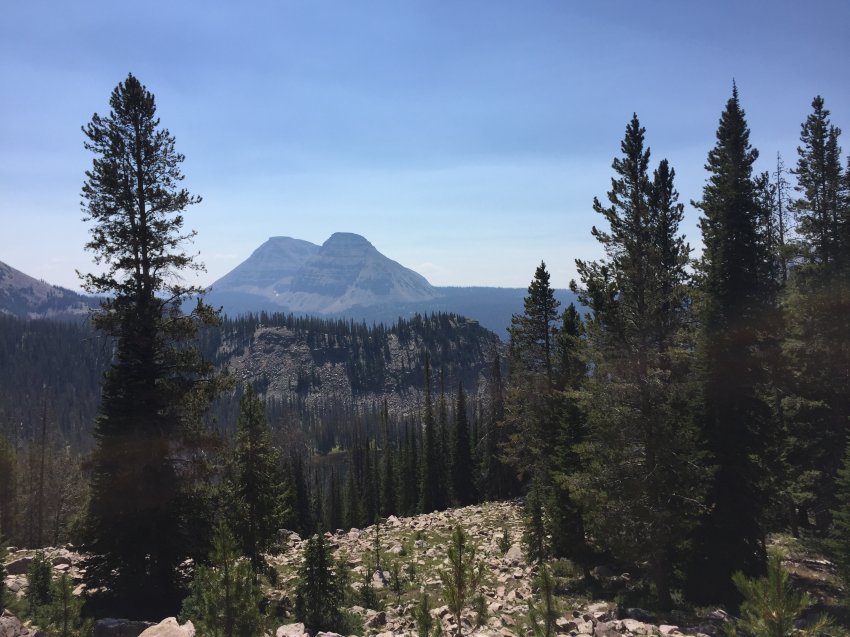 The ascent ended up being much easier than I anticipated. While I never was able to stay on any particular trail on the way up, there were sections where I found cairns pointing the path that someone previously had taken.

The way up was a mix of rock hopping and simply walking up hill.

This is when I knew I was getting close. 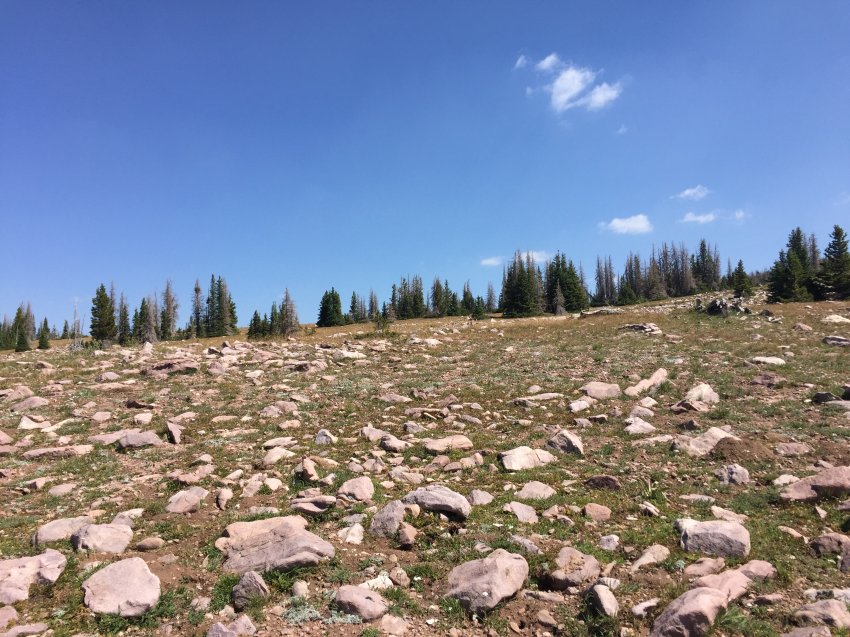 Finally reaching the Mystery Trail. This is looking to the north or towards Fish Lake, I don't know the basin name. 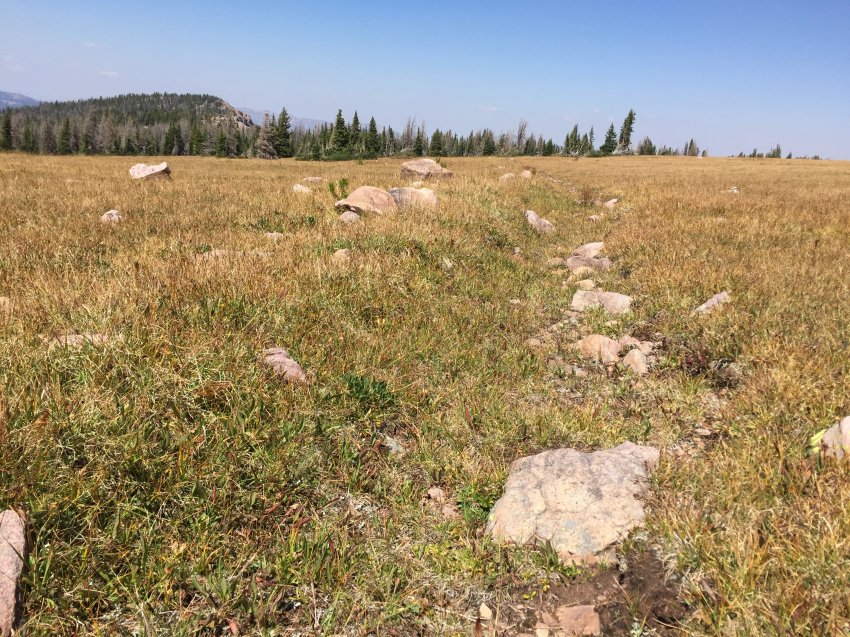 This is looking towards the south. Going over the ridge in the distance would drop you into the Cuberant Basin. 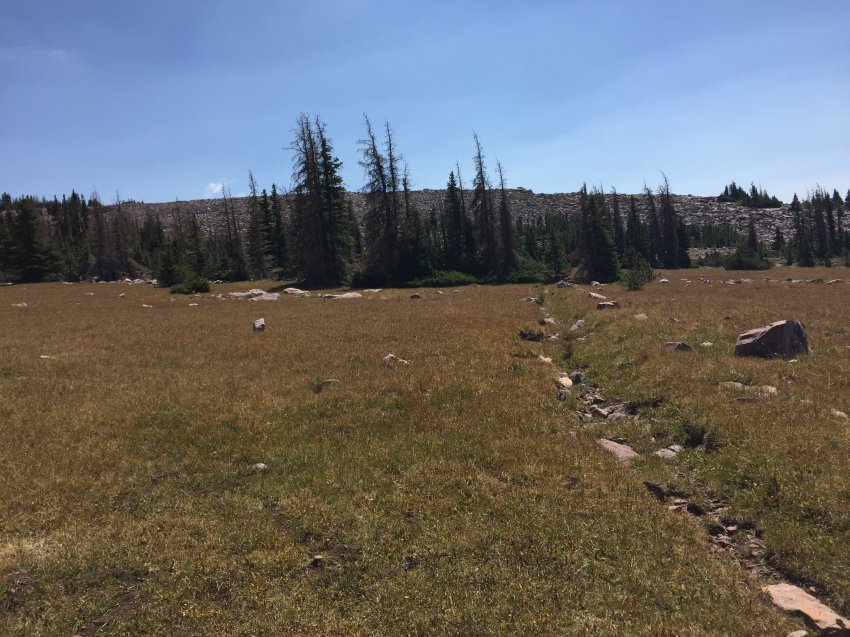 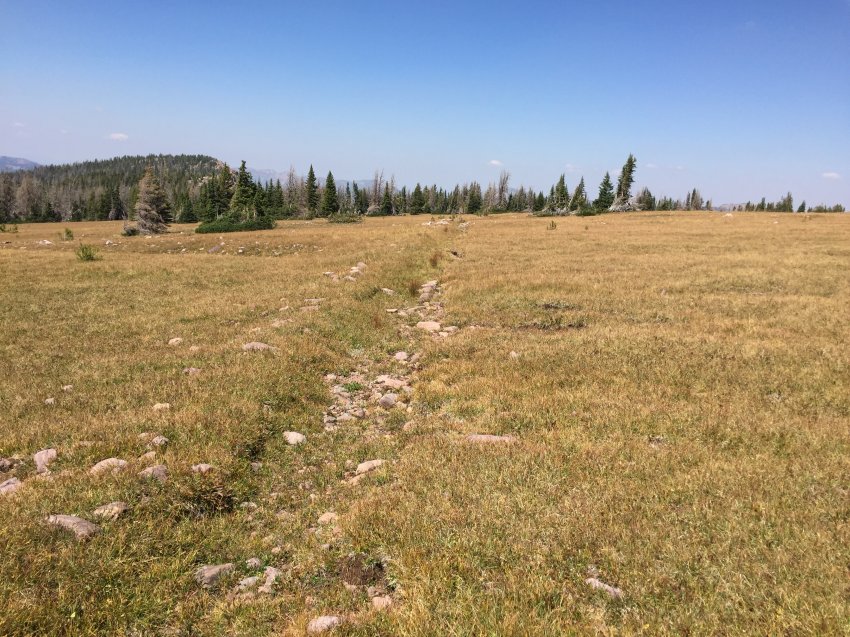 Having been there now it's more mysterious than ever.

Is it man made? Is it natural? If man made what was its purpose?

Since it runs a mostly straight line and keeps a mostly standard width throughout its length
it's probably man made. 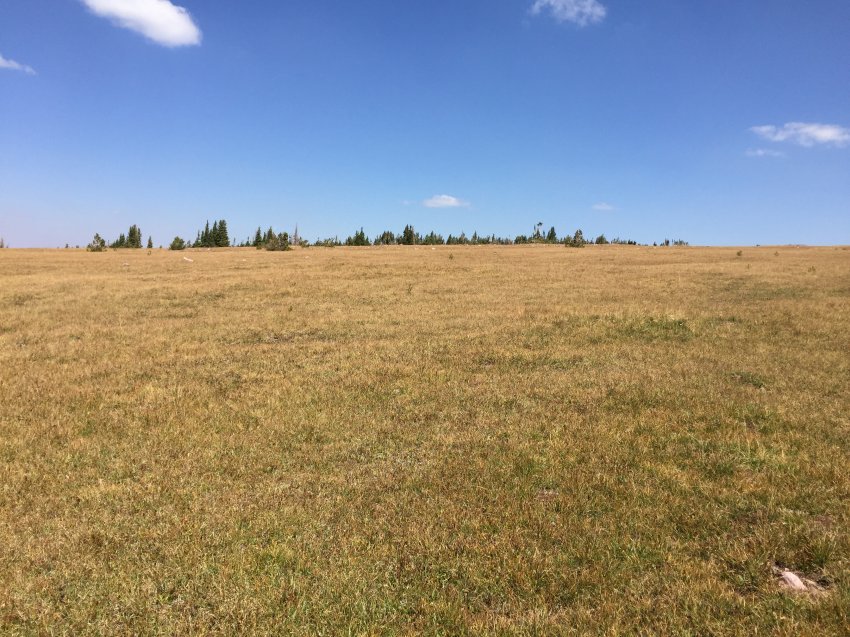 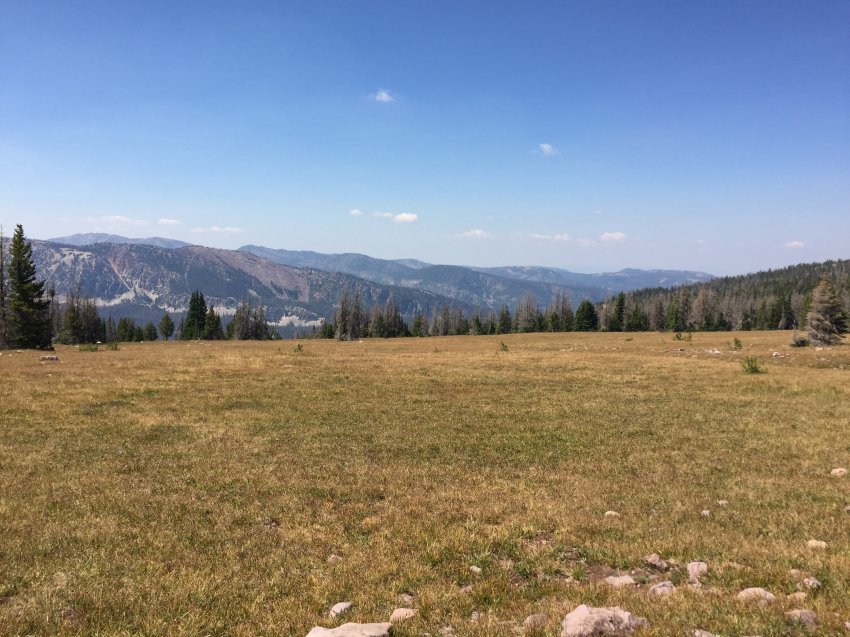 This is really a massive meadow. My time was limited so I quickly began my return.

The ease that I enjoyed on my ascent led me to be a little more aggressive on my descent.
So I took a line down that was steeper and kept my closer to the edge. In hindsight this
was much slower, but I did get some great views across the basin. 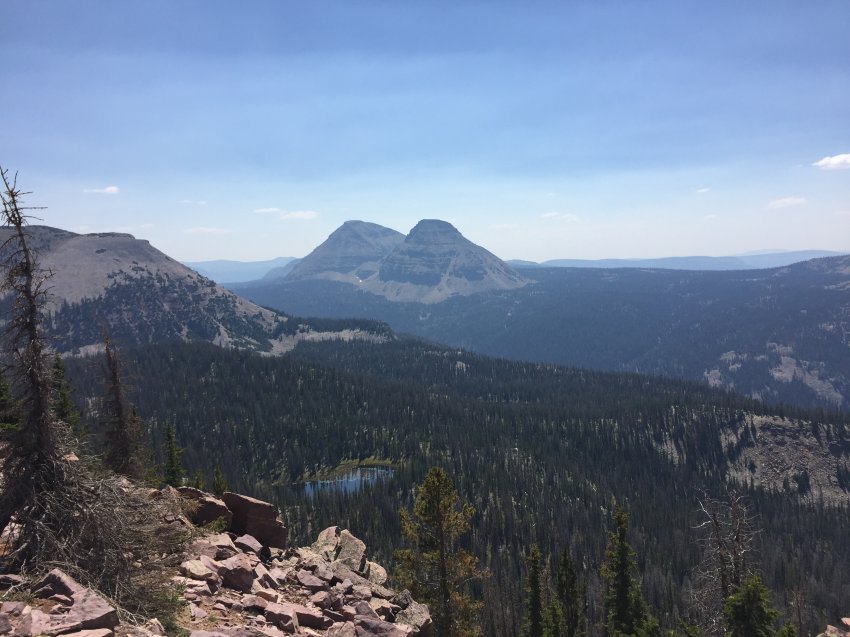 I believe that is Meadow Lake in the center and the Notch to the left. 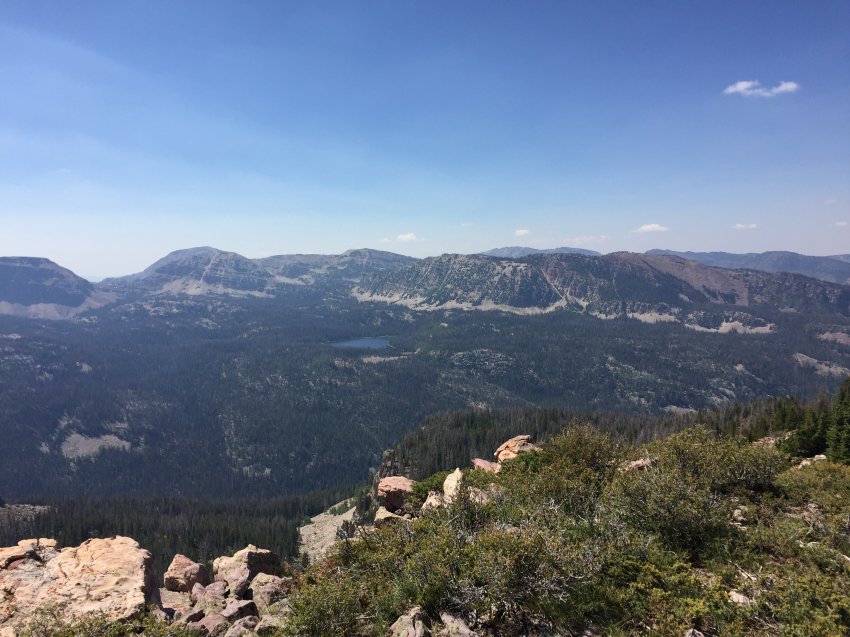 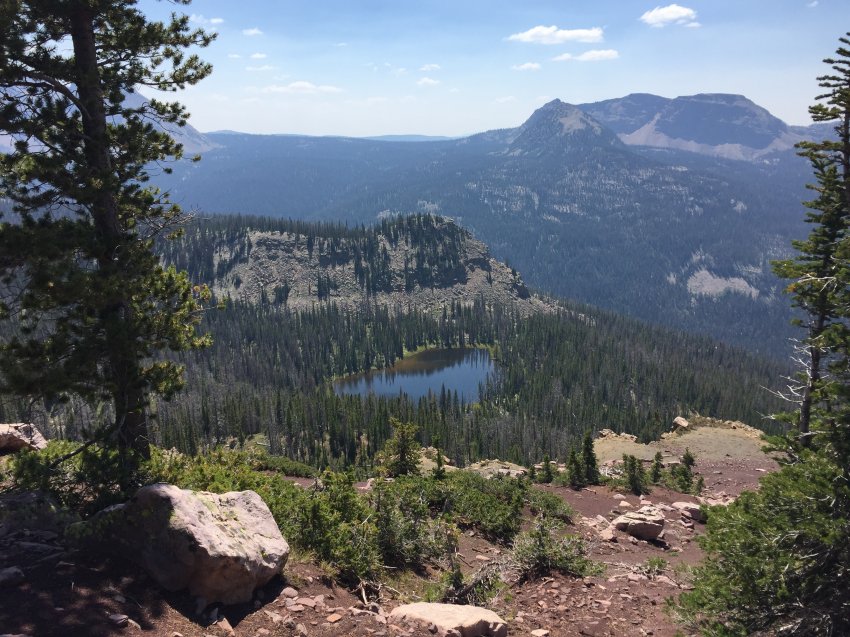 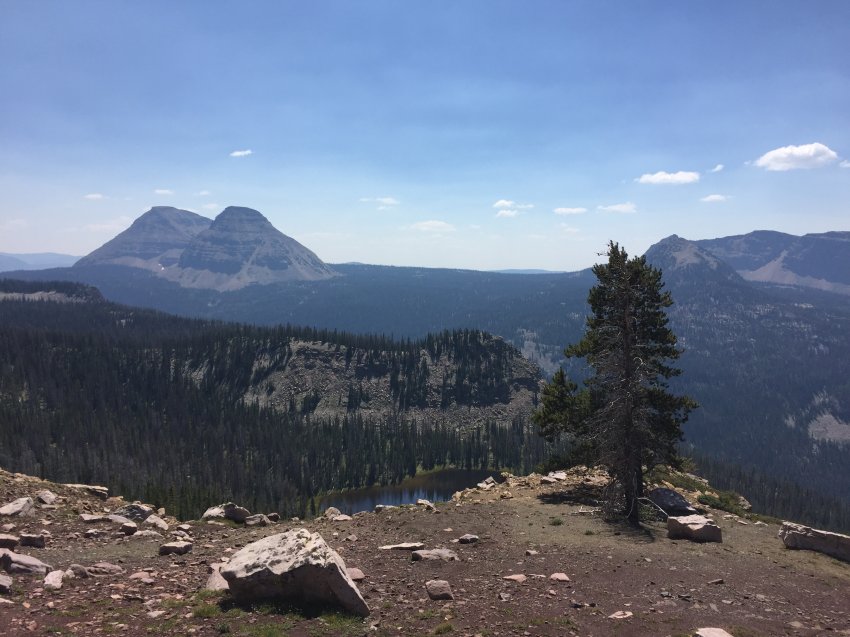 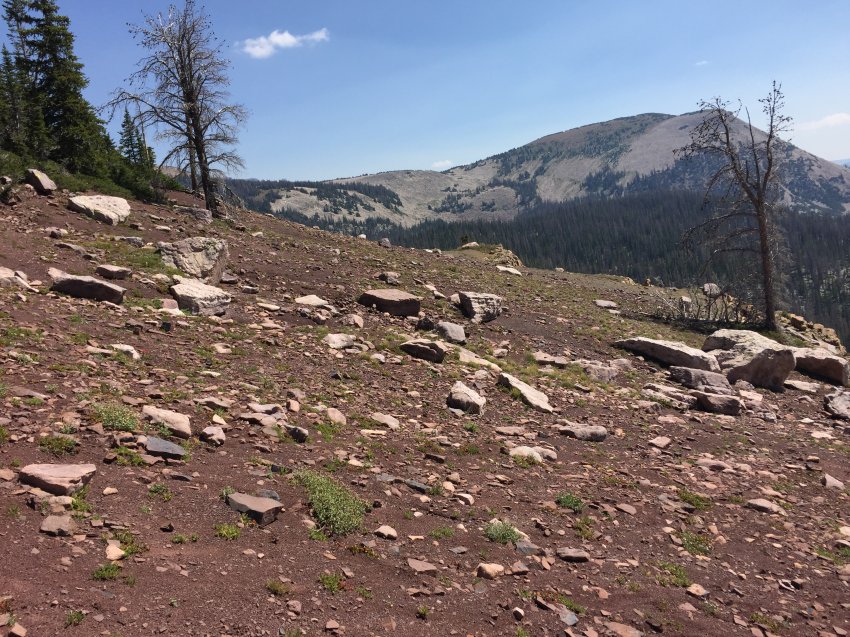 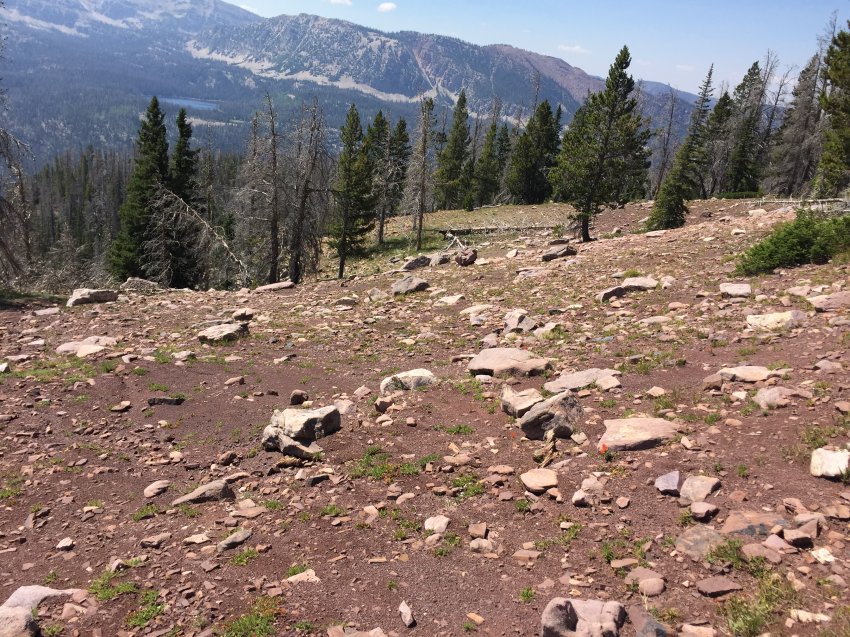 The whole hike I was looking around and thinking how was Garrett so thoroughly lost
and how come nothing has ever been found?

It is my understanding that he never made it to camp and that he was being searched for within an
hour. Why did he never hear those calling for him?

I've come to some of my own conclusions on this. I heard Kevin Bardsley speak a few years ago and
my thoughts don't match his so it's likely I'm way off base.

All and all it was great day and a great hike.

Do not pray for easy lives. Pray to be stronger men. - JFK
Orem Chiropractor

Loving the info here @DrNed. Mystery trail seems even more of a mystery yet. I tend to agree with you that it looks man made. Did it seem more like a trail than some kind of ditch to you? .... or something else?

It's possible that the mystery trail is an old eroded earthquake fault. A lot of rivers etc. follow such. You can find lots of similar ones on the net, as in the above photos. The fact that it's so straight and goes nowhere are good indicators.

You guys in the SLC region are close to one of the world's premier seismology research institutions - the U. of Utah. Maybe send one of the earthquake geology profs there the photo and see what they think.
Last edited: Sep 3, 2017

Cuberant said:
Loving the info here @DrNed. Mystery trail seems even more of a mystery yet. I tend to agree with you that it looks man made. Did it seem more like a trail than some kind of ditch to you? .... or something else?

Definitely more ditch than trail.
Do not pray for easy lives. Pray to be stronger men. - JFK
Orem Chiropractor

Interesting stuff. I figured from the satellite image that the feature on the ground would be much less visible from the air. Based on your initial speculation in the other thread, I assumed it might be some kind of trench left over from the CCC days.

That pond you marked with the Lilly Pads is where we found the intact Deer Leg, meat still on it, and a gigantic bush sized grey hair ball on the west shore of that pond in 2009. We were all a little freaked out seeing that, and we properly named it the "Spooky Pond"

Mystery trail is sure weird, but looked like some great views!
You must log in or register to reply here.
Similar threads