As my earlier trip planning thread indicated, I had a little time in Colorado recently, and enough time to fit in an overnighter. So, after some consideration, I decided to do a hike to one of the Sand Creek Lakes via Music Pass.

I got to the trailhead the evening before I intended to start hiking and camped at the Grape Creek trailhead. It was surprisingly quiet there, I was the only one that camped there that night and only a couple vehicles drove by. 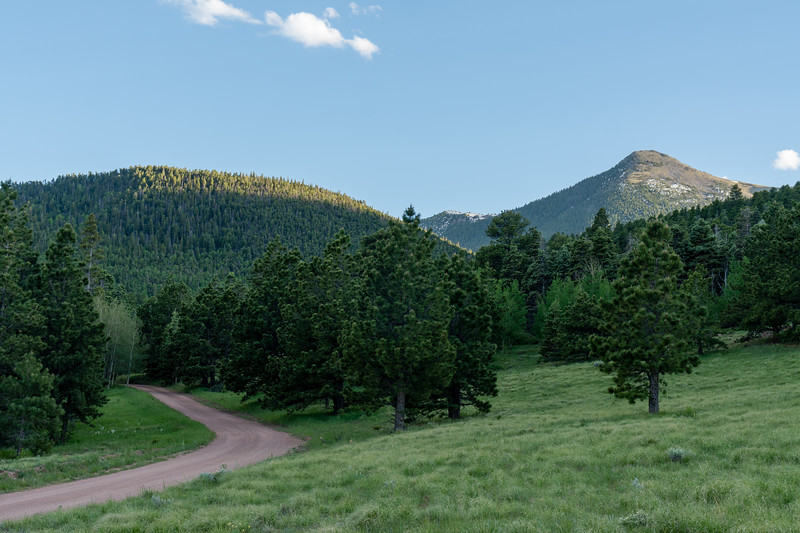 I wasn't sure what the condition of the road up to the Music Pass trailhead would be, and besides wanted the extra hiking to get in shape for Wyoming next month, so I started hiking from Grape Creek trailhead toward Music Pass. Didn't have to get going super early in the morning. The downside is that it was pretty warm for the hike at lower elevations. 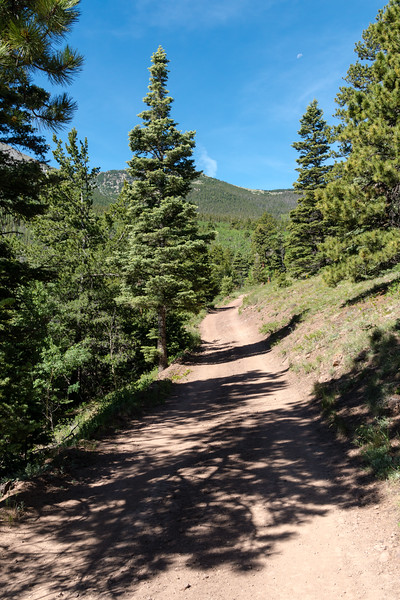 Views got better as I got higher. The elevation was also a bit killer, Music Pass being something over 11,400ft. 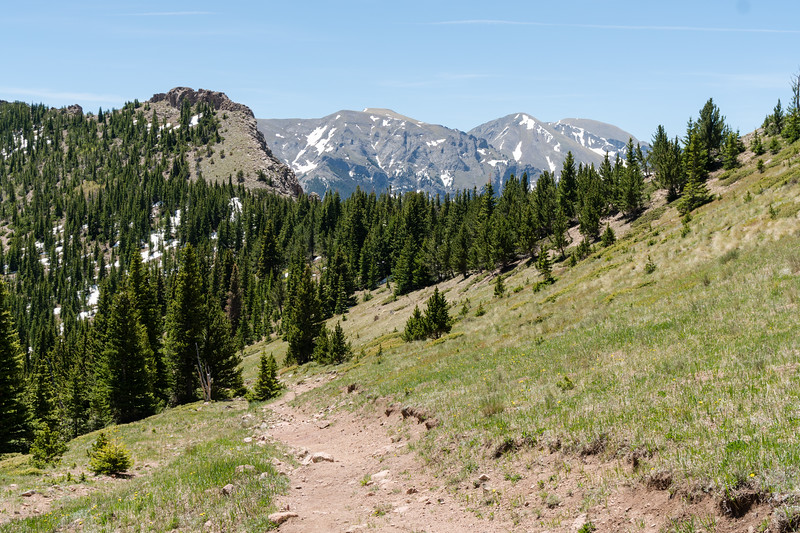 The view from Music Pass is epic. I spent quite a while here, and spent some time glassing the area with binoculars to look for animals. One one of the high mountains in the pic I spotted maybe 30 elk grazing. 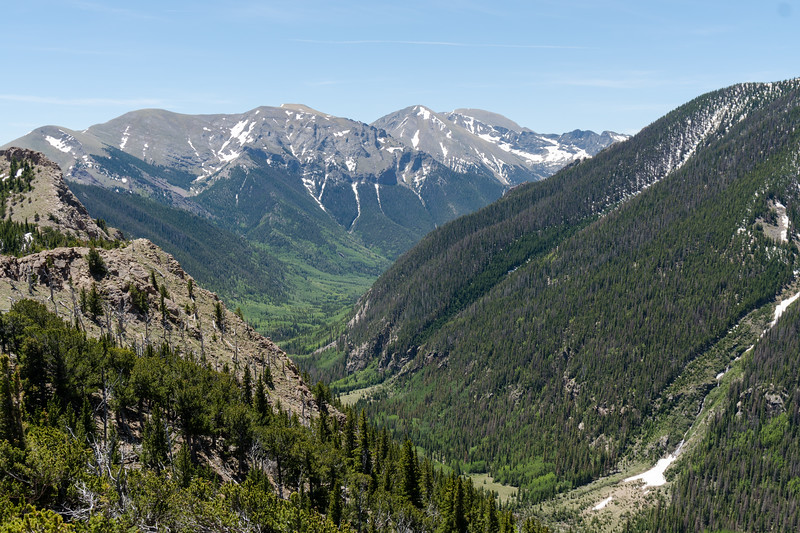 A bit of foreshadowing of what was to come. Some snow at the trailhead as I crossed into Great Sand Dunes National Preserve. 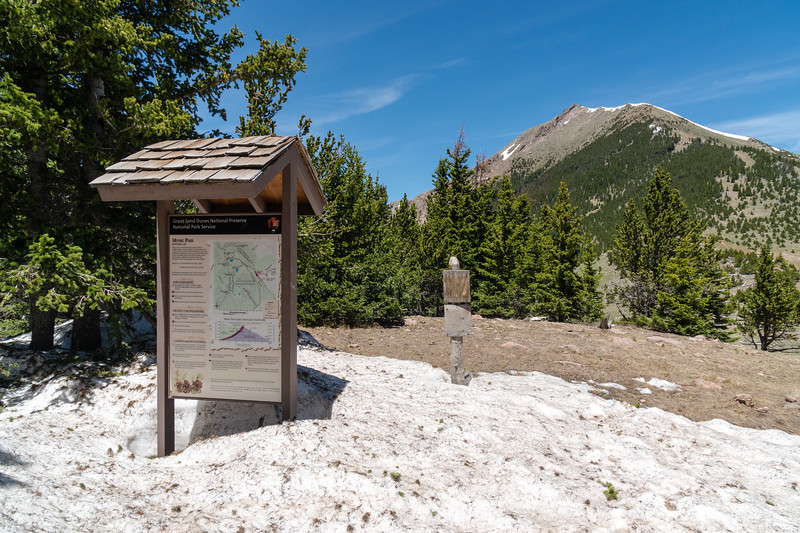 The downhill to Sand Creek was much appreciated after so much up. Kind of a sketchy crossing though. 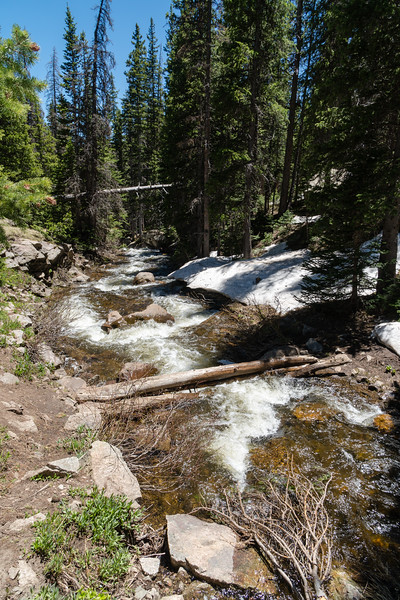 Originally I wanted to hike to the upper lake, but reports of a couple other groups headed out were that it was still mostly iced over, so I headed to the lower lake. They warned rightly that there was a lot of snow. The last mile was busting through drifts up to about 3ft deep. The going wasn't terrible, but the altitude again took a toll on the flatlander, especially combined with the extra effort of tromping through snow. 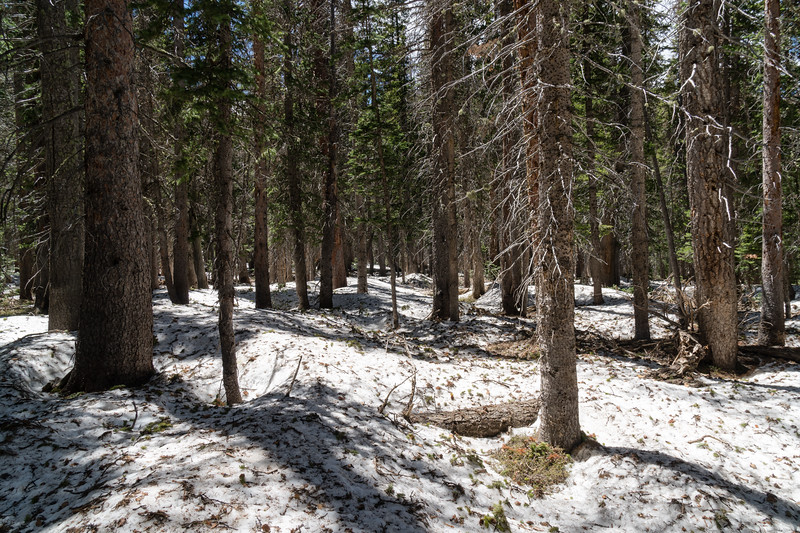 The reward was more amazing views at the lake, with Tijeras towering above. 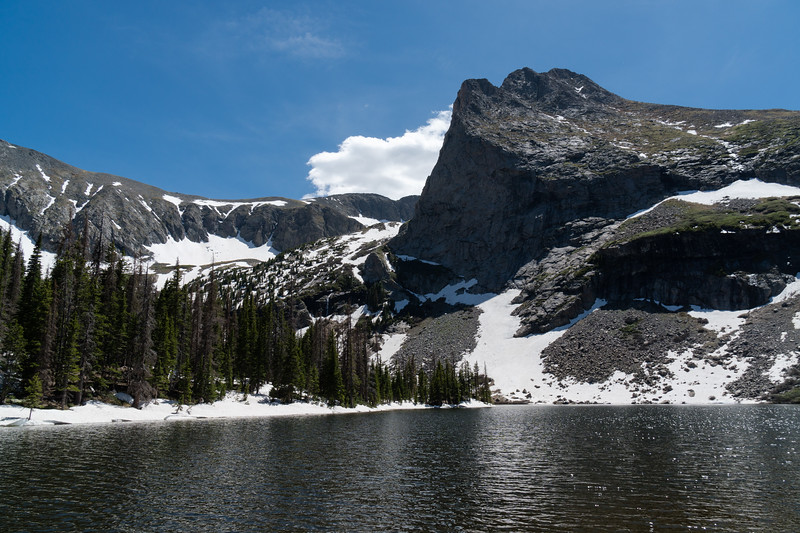 I set up camp then fished my way around the lake. Not much luck until I got to the rockslide on the far side, then the cutthroats became eager. 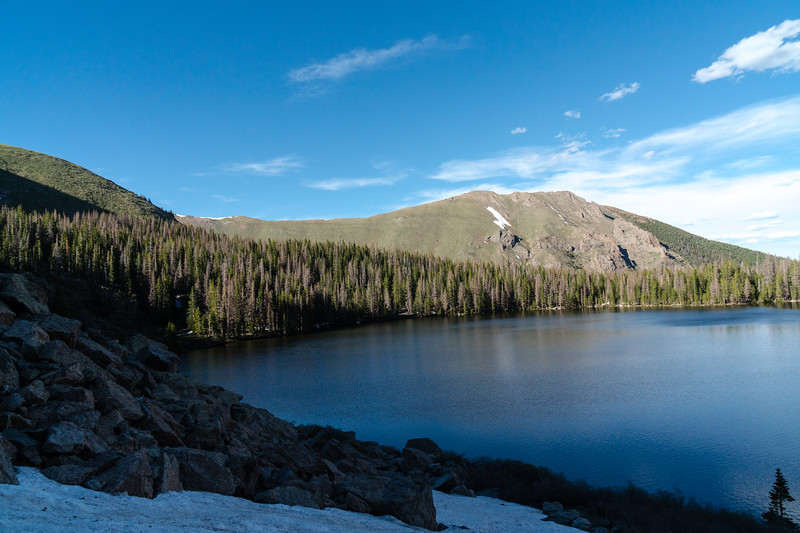 I turned in early, intending to get up early to hike out the next morning. The plan was to drive at least to western Nebraska and camp at a lake there. The night was not as cold as I expected, and was pretty comfortable overall. The first sunlight on the peaks was very nice, and I was glad to be able to see it. The sunset here is OK, but just because of the orientation of the range, it's not as good as sunrise. 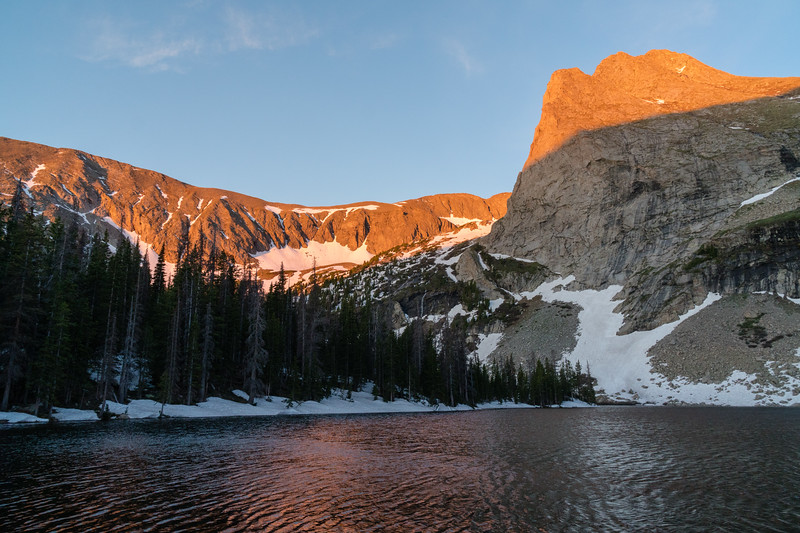 The hike out wasn't terribly eventful. Lots of weekenders were showing up since it was Saturday morning, and I talked to at least 2 other groups headed to the Sand Creek Lakes to fish. The reports I got while hiking in were that the fishing was very poor, but apparently I was there at the right time as the fishing really turned on in the evening. 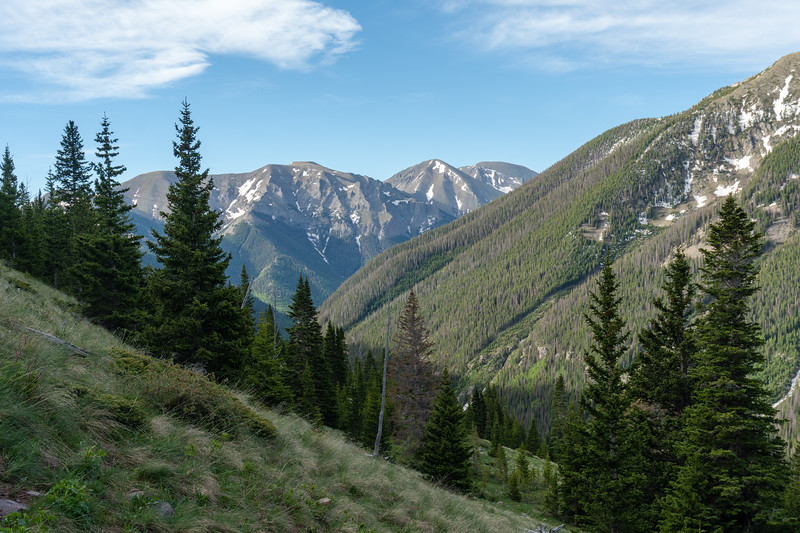 Overall a very nice couple nights out. The Sangres are probably the most visually stunning range I've driven up to, at least coming over from the East via Highway 96. Glad I got the opportunity to spend a little time there, they've been on my radar for years but I almost never go to Colorado so had to make the most of it.
I've never been lost. A bit confused for a month or three, but never lost.

I went up here with one of my kids when she was in high school. We went in late summer and there was no snow. We camped at both lakes and both were nice. We also did the road walk mainly cause I didn't have a high clearance 4WD. At that time the road went nearly all the way to Music Pass with a big parking lot right below the pass. Was the road closed because of snow?

Really enjoyed looking at your pictures. Some familiar sights. Love the Sangres. 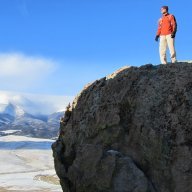 I live at the base of the northern Sangres below Bushnell Peak and the Twin Sisters. I've hiked many of the basins from the Crestone's north on this side of the range but never been to this one but it's on my list. Looks like classic jagged Sangre landscape.

Curt said:
I went up here with one of my kids when she was in high school. We went in late summer and there was no snow. We camped at both lakes and both were nice. We also did the road walk mainly cause I didn't have a high clearance 4WD. At that time the road went nearly all the way to Music Pass with a big parking lot right below the pass. Was the road closed because of snow?

Really enjoyed looking at your pictures. Some familiar sights. Love the Sangres.
Click to expand...

Dang, I was going to email you and ask about the Sangres before I left since I know you've talked about them, but never got around to it. The road was open up to the parking lot, no snow. There's a parking lot maybe 1.5 miles from Music Pass, then it's trail from there.
I've never been lost. A bit confused for a month or three, but never lost.

Gorgeous looking area. Love that morning shot of the lake!
You must log in or register to reply here.
Similar threads