This is an old story out of 2006. Pictures are scanned analog slides (grainy!) with limited quality. Therefore the size is limited too.

There were stories in a book and a black and white picture from the Lower Black Box of the San Rafael River and an old sheep bridge. (We got a glimpse of the Upper Black Box years ago on a trip from the river bridge towards Mexican Mountain.) Especially the tale about jumping over the chasm on a horses back made the place interesting. 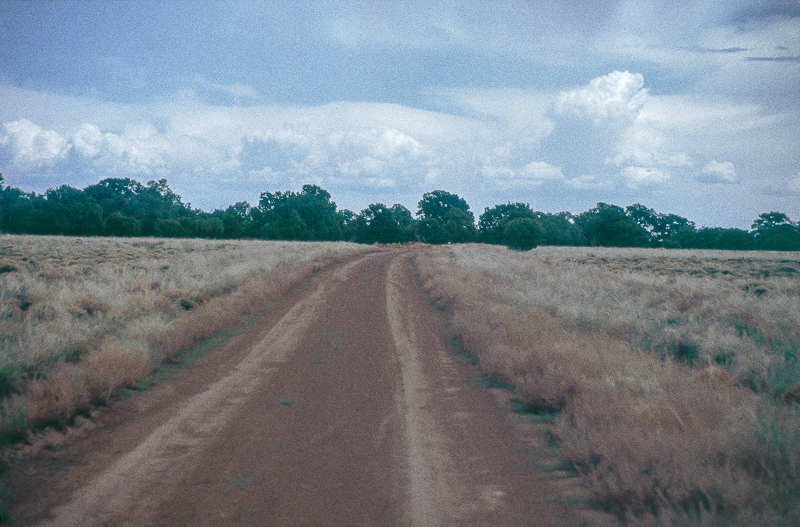 Down to the trailhead means to navigate through a lot of different roads and trails. A list of coordinates and what to do there: 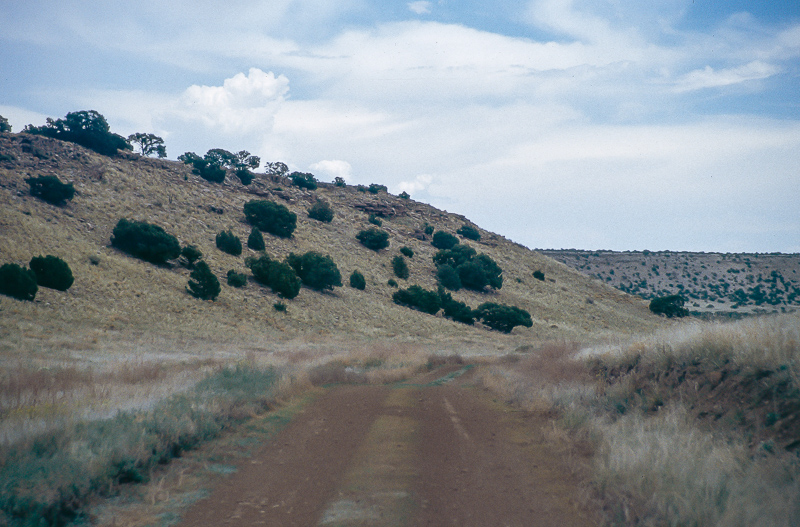 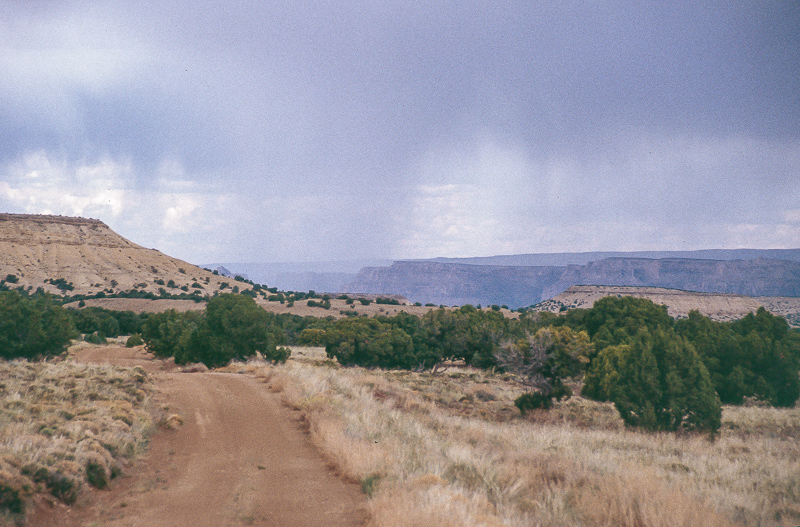 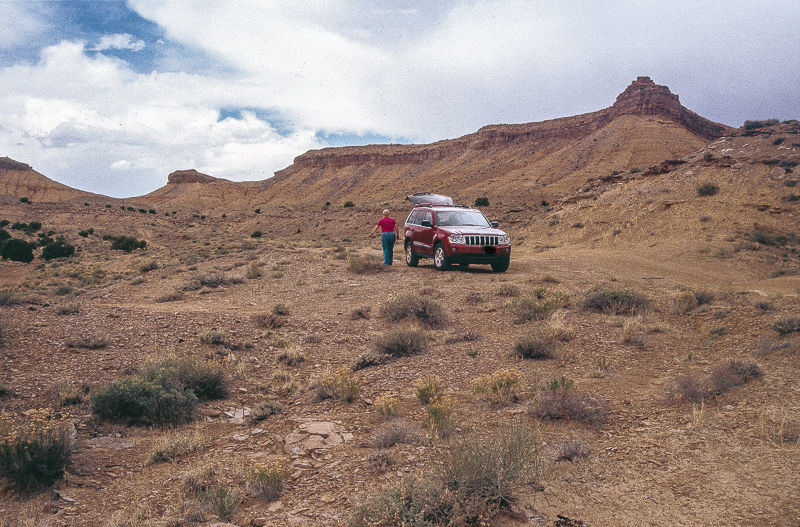 The length of the foot trail to Swaseys Leap is approximately 4 miles one way. 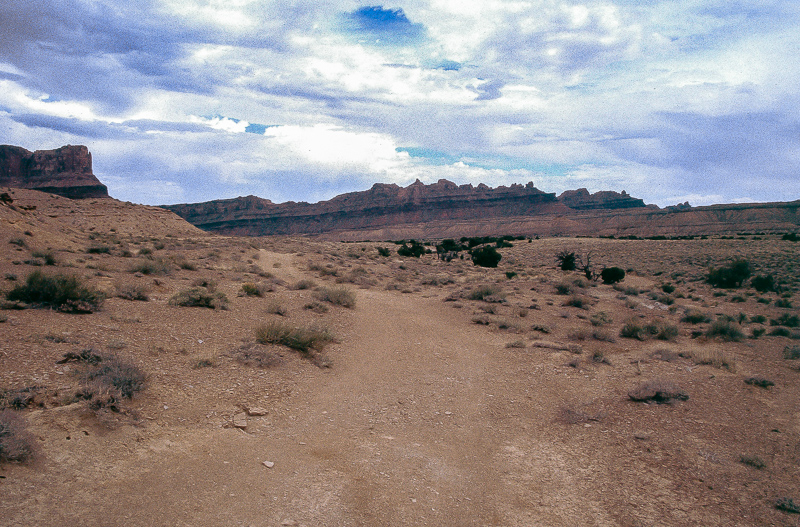 Still something like a road but closed to motorized traffic 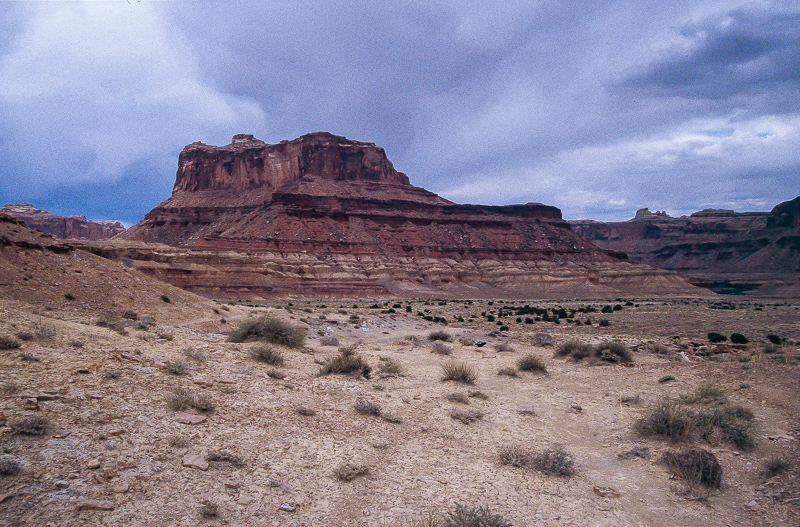 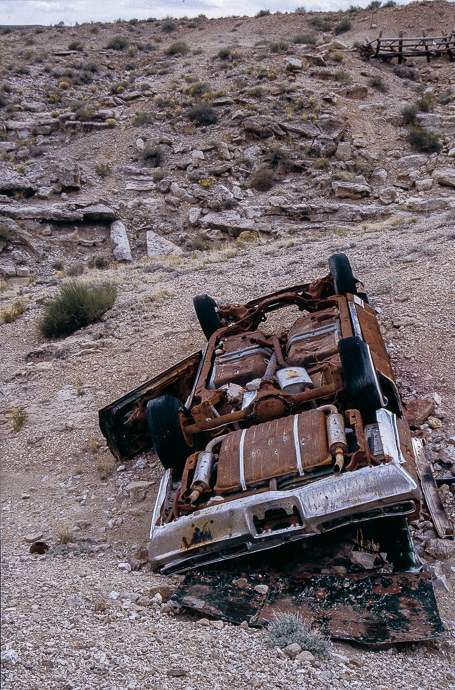 Point of no return

There is a second barrier that blocks the old road. On USGS Topo Maps it still run down to some point 120 feet above the river. 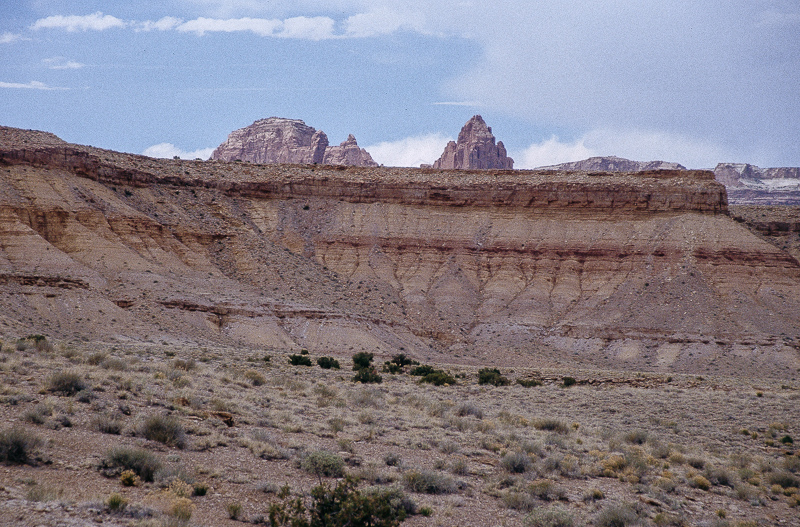 Behind the bench but in front of the peaks in background San Rafael River is running. 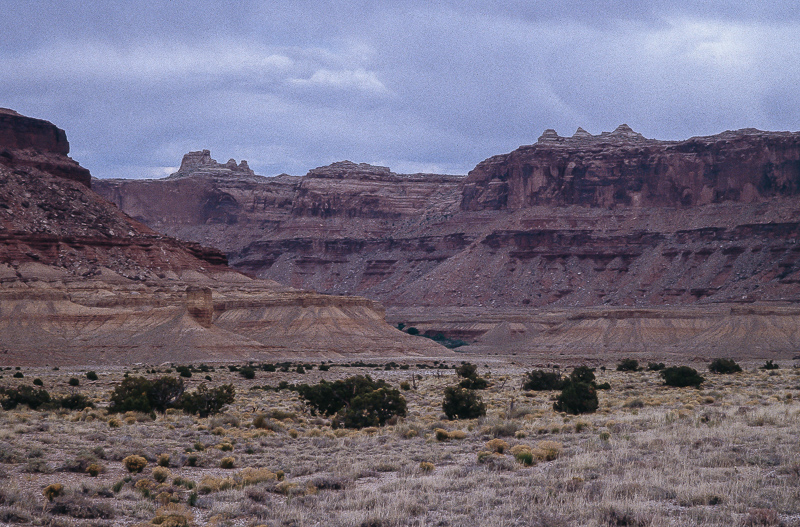 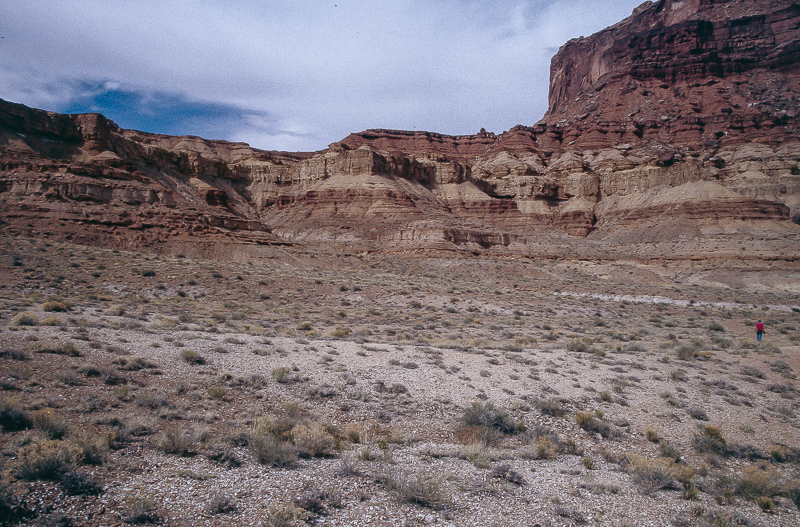 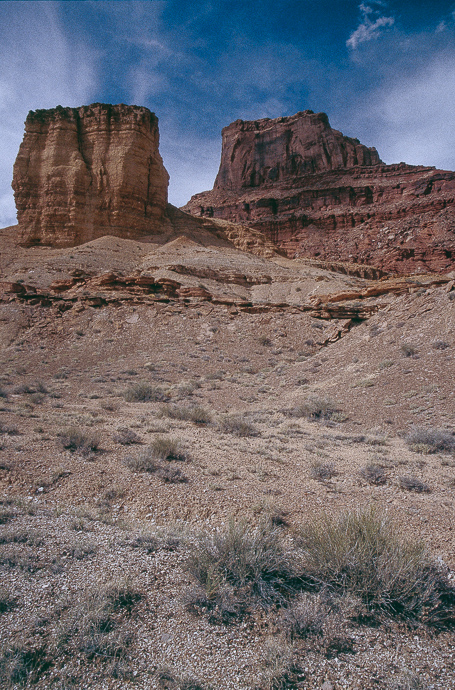 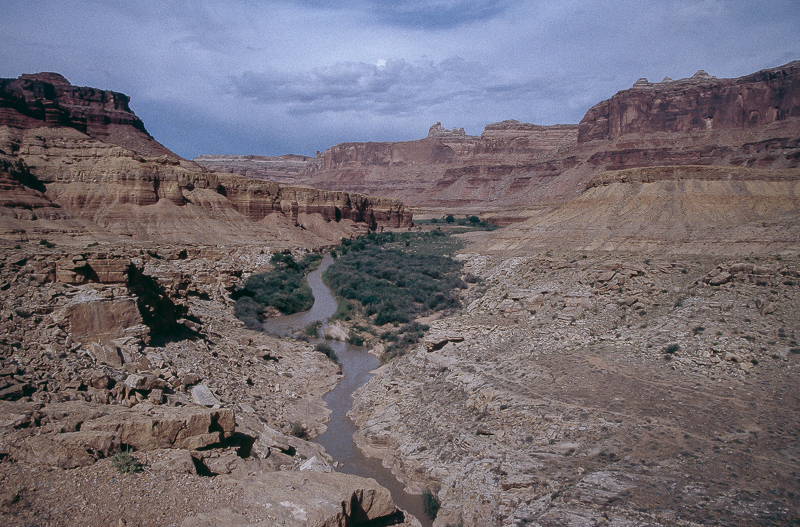 At the end of the closed 4WD road 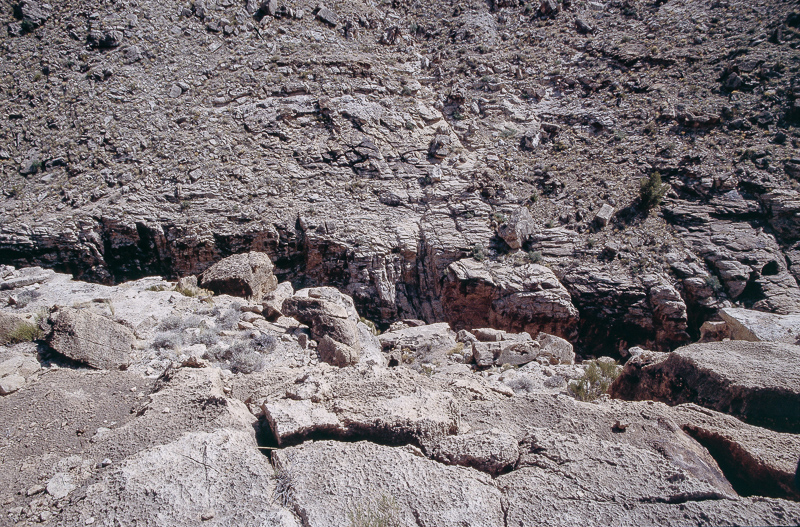 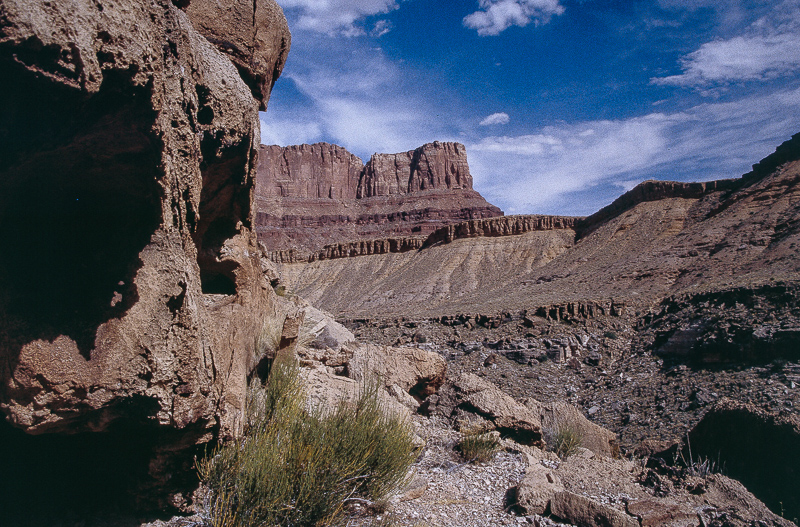 Black Box and some cliffs of the reef 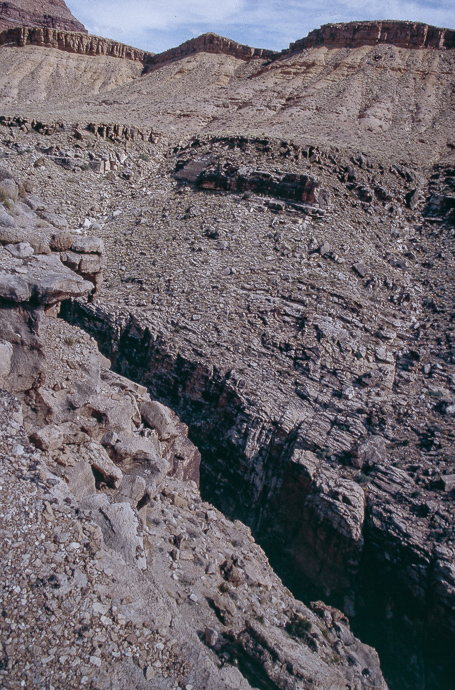 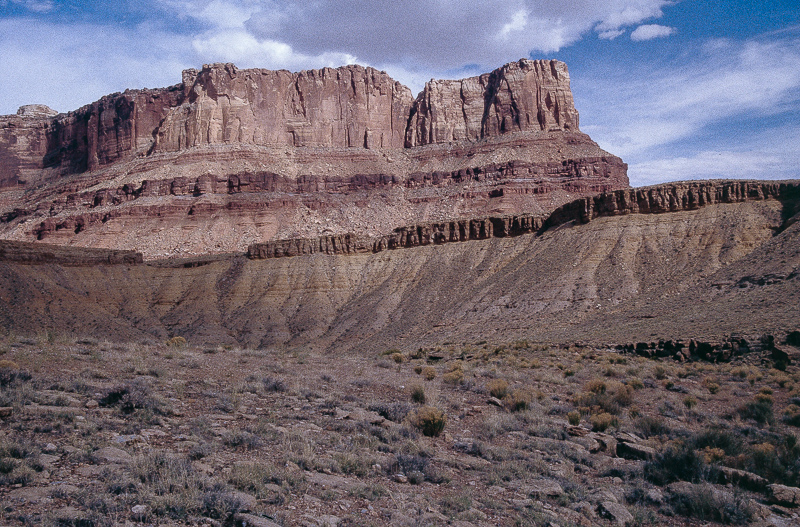 Standing 100 feet away there is still the fissure but one can't see it. 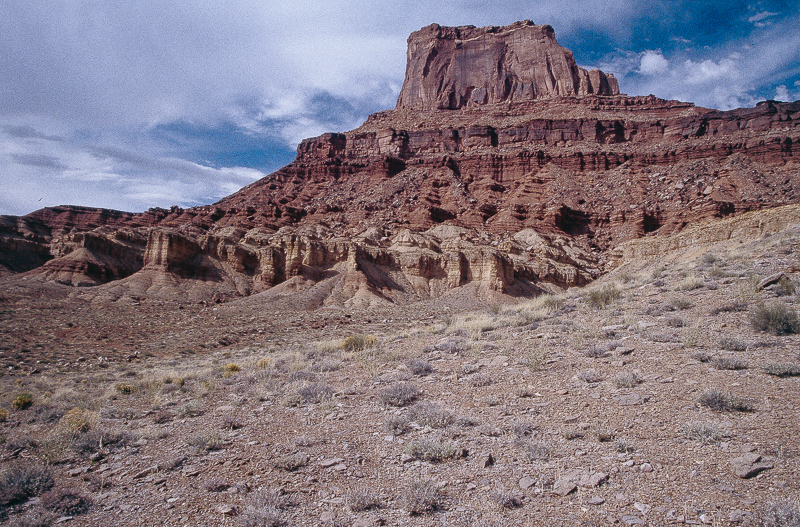 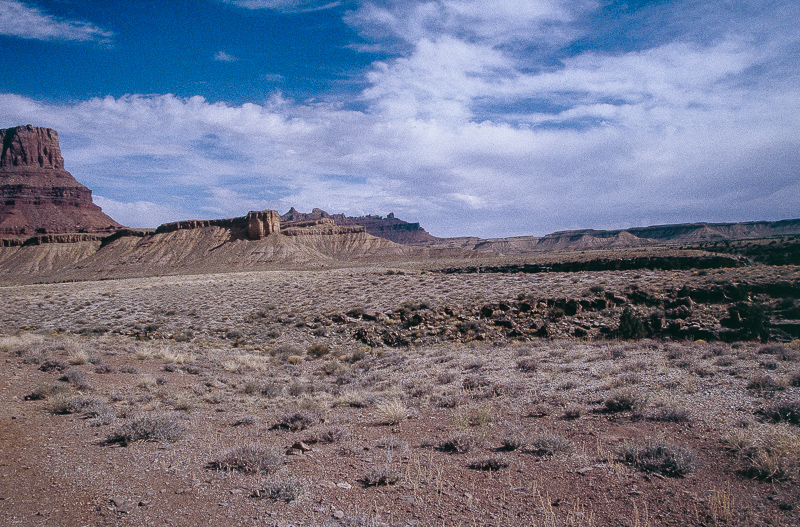 On our way back to the car 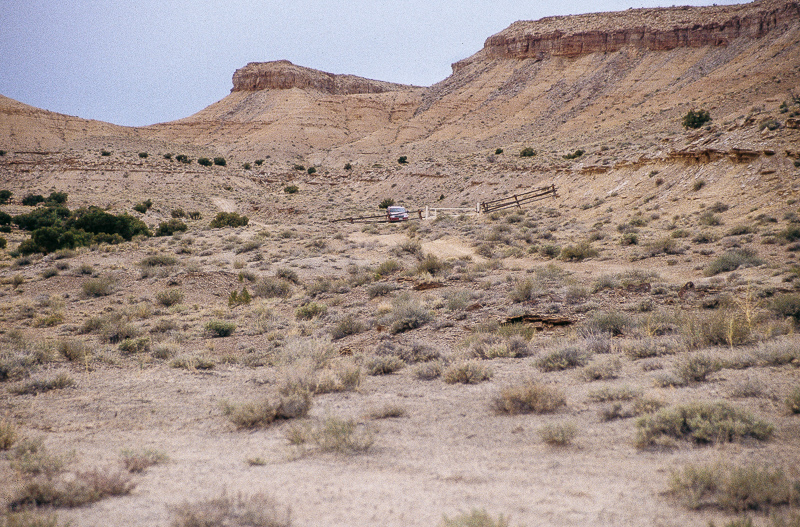 I just walked this! I was circumnavigating Mexican Mountain and ran into that rolled over car. Great part of the Swell.

slc_dan said:
I just walked this! I was circumnavigating Mexican Mountain and ran into that rolled over car. Great part of the Swell.
Click to expand...

Have you seen these mufflers next to the gas tank? Wonder what happened if one of these became rusty and leaky heating the gas?
Desert Drunk and Red Rock Crazy Southwestern Tales

I found this shot of yours truly sitting on top of that car in 1993.
At least i think it is the same car, right next to the car park. 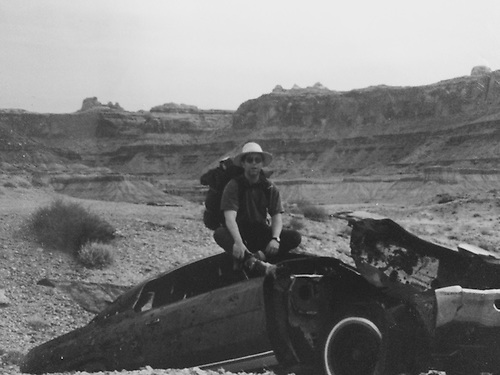 I could've sworn there was a thread on this site where people had posted photos of this car over the years in various states of upside-down and right-side-up, but I can't find it now. Anyhow, I'm catching up on trip reports from last year and here's how the car was sitting in May 2020. 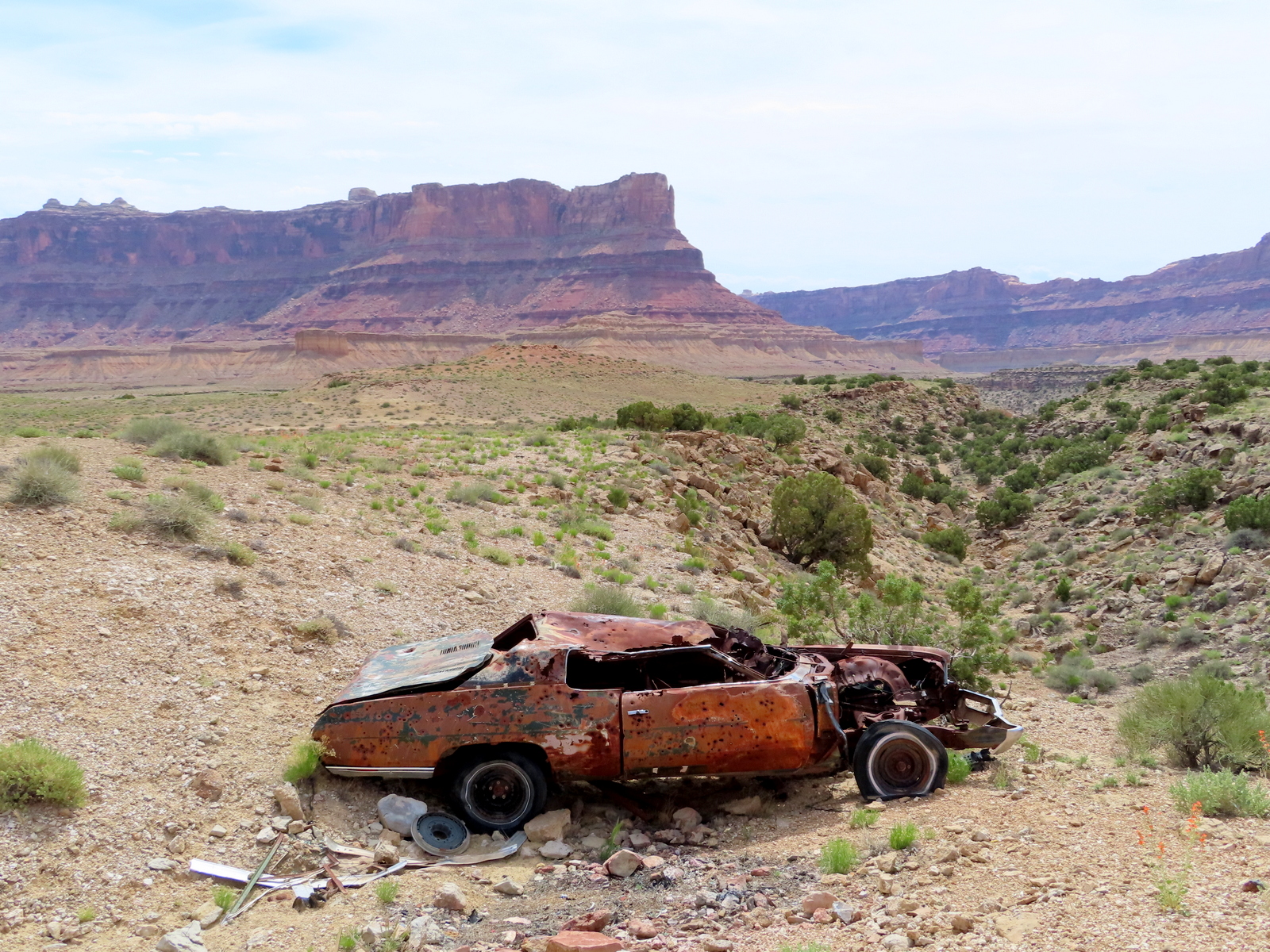 Blog | IG | FB
You must log in or register to reply here.
Similar threads