We froze the previous night and Bailey slept well. We were so worried about both her and Caiden that they were going to freeze to death and we would never know it, but they were fine. Since it was so cold on Saturday morning, we just stayed in the tent for a good hour trying to stay warm, hoping the sun would break through and help us out. I finally got the courage to climb out of the sleeping bag and get some breakfast made along with a fire.

After that we decided to head off to Ding canyon, which is another great canyon. Someday I'd love to do the whole loop (up Ding and down Dang), but Bailey can only do so much. We packed her in her Kelty carrier all the way to the canyon opening (about 3/4 mile), then she got out and did all of the hiking the rest of the way.

I forgot to mention how well the dogs were such good hikers too. There are about 7-8 climbing obstacles in this canyon and they were relatively good about allowing us to pick them up and hand them up to continue on. Bailey was able to hike the entire canyon all the way to the back of the canyon. 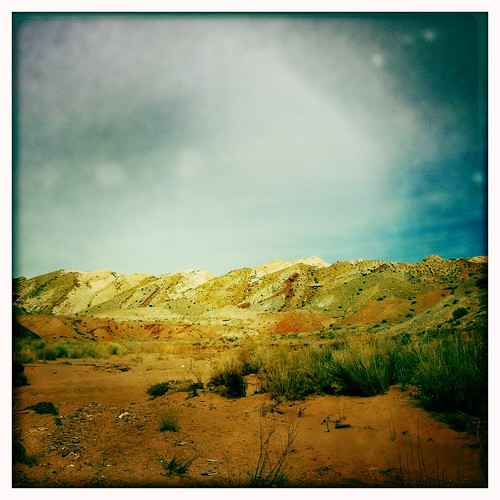 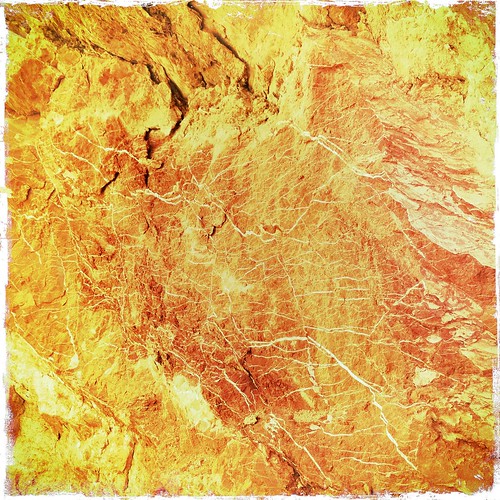 Alene with Dexter and Debra 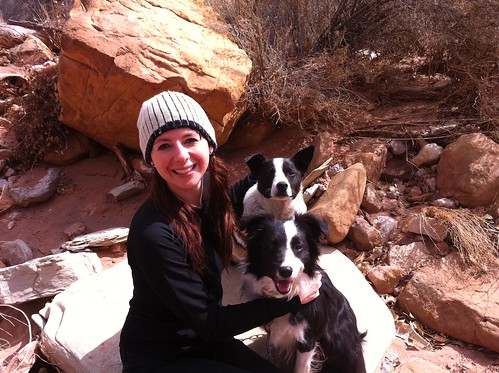 Alene and Bailey found a bed 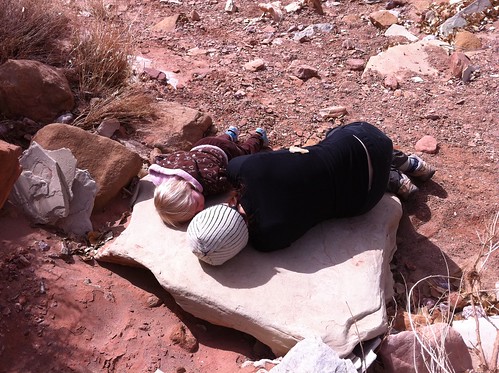 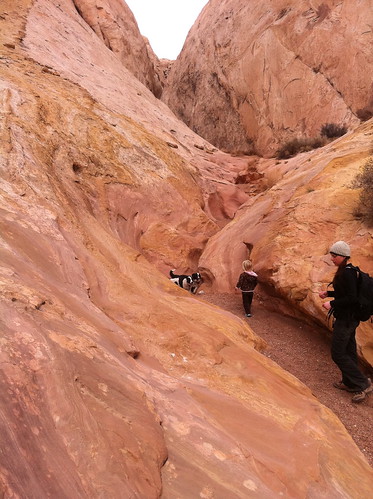 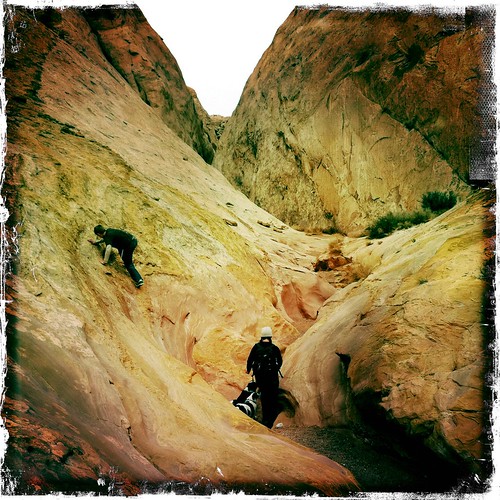 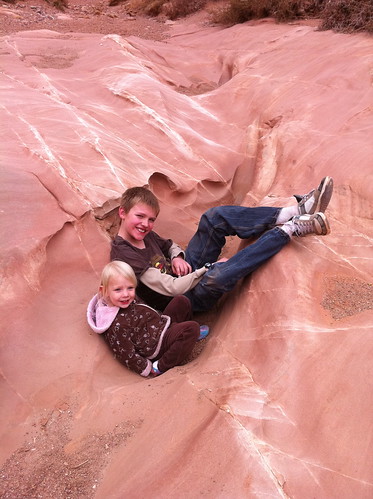 We showed Bailey how to make bridges

Bailey's attempt at making a bridge under Caiden 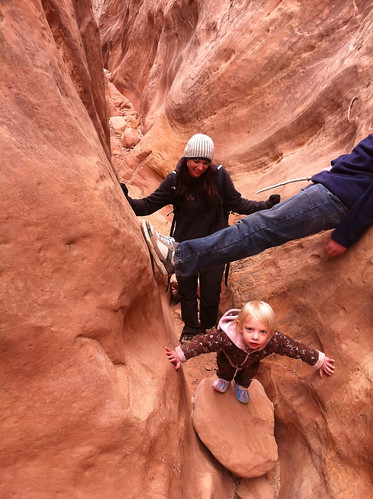 More of the slot 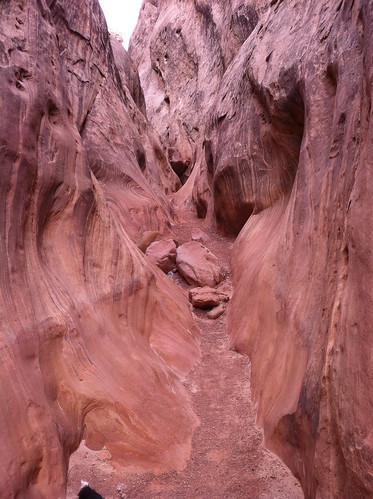 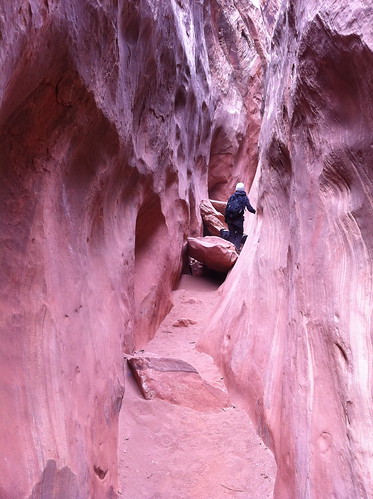 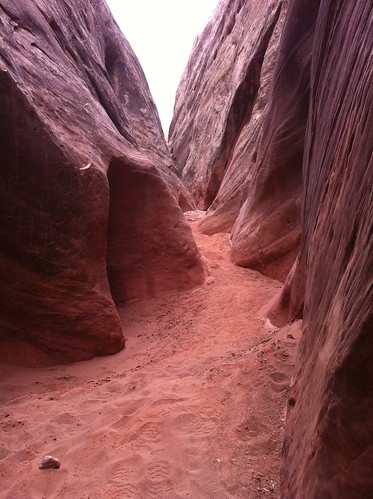 Me, chilling with Debra 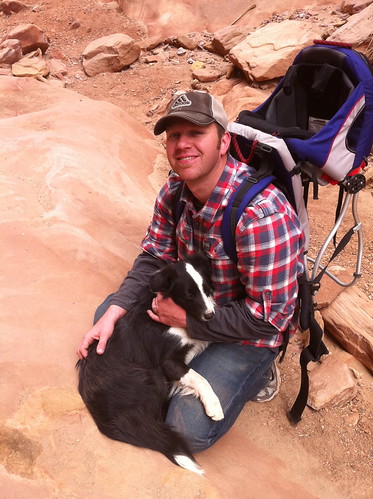 Passing by the big pothole section 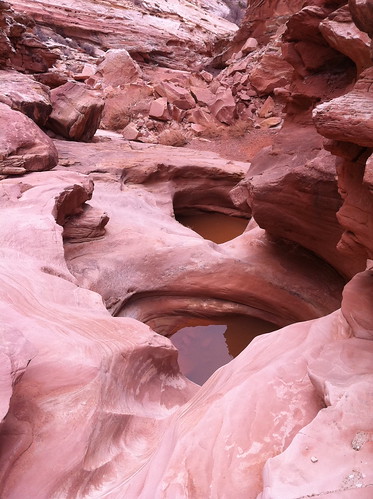 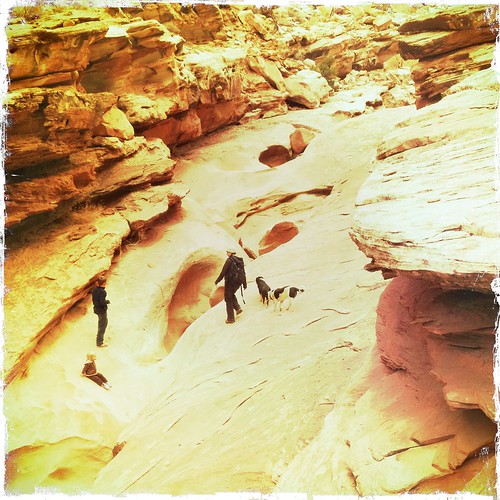 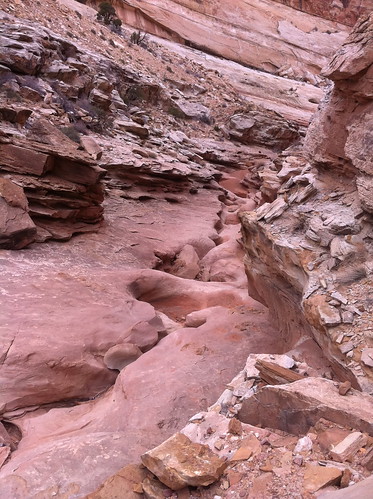 Dexter, sacked out at the back of the canyon before heading back 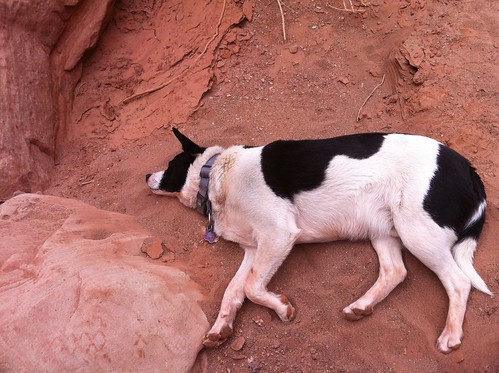 The dogs finding a nice drink in a pothole 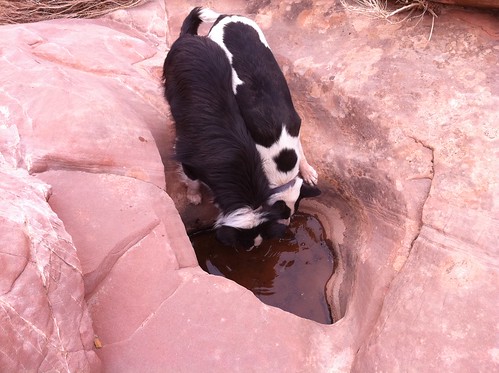 After getting back to the truck we had been expecting to meet up with some friends, so we drove to an area with good cell phone coverage. They were not able to make it due to multiple issues, so we considered the fact that the weather was getting worse, that it would be best if we just went to Goblin Valley, back to camp for dinner, then head home. It ended up being the best decision because for the last 20 min or so of putting camp away, it started to snow. It would have been miserable to stick around

Bailey climbing on a goblin 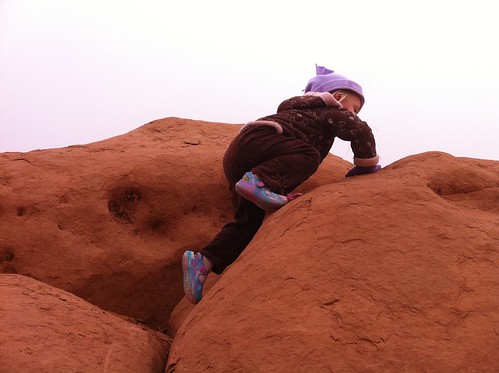 Bailey and daddy not happy about the rain at Goblin 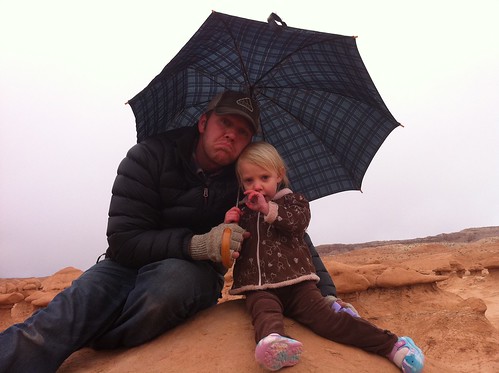 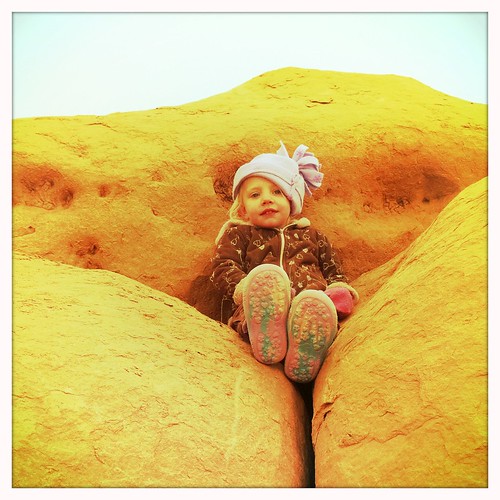 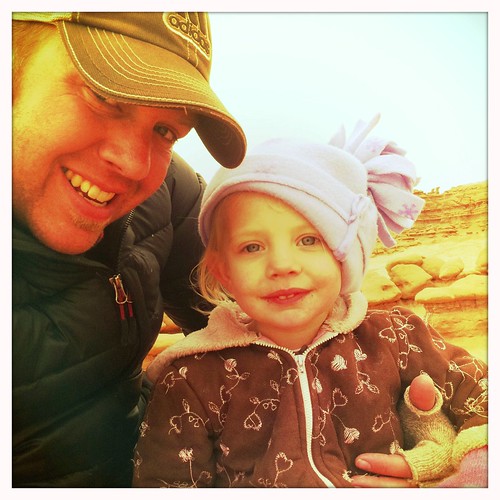 Bailey wanted to carry the umbrella and she wanted everyone to get under it....at the same height she was standing. (side note, after singing "under my umberella" by Rhianna, 5000 times and annoying Alene to death, Bailey started singing it. It was the best part of the day. 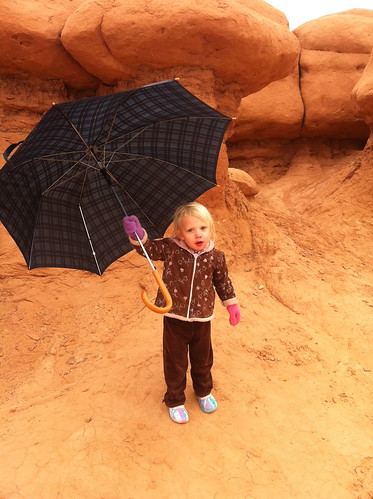 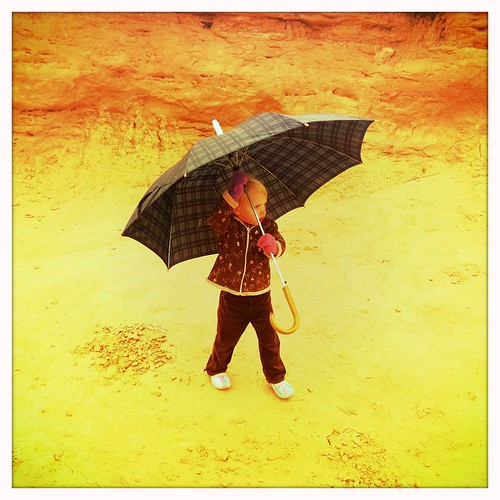 Bailey loving the view from above 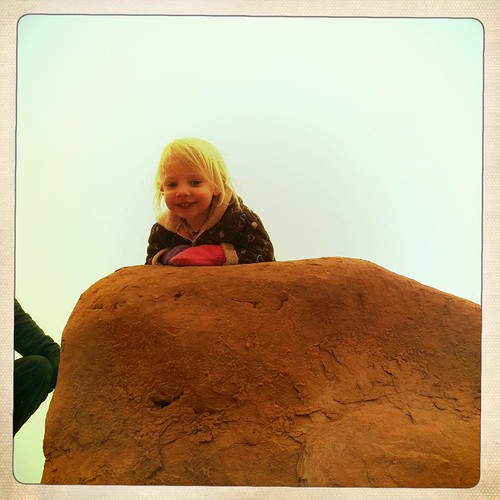 Caiden jumping off a rock (backward) 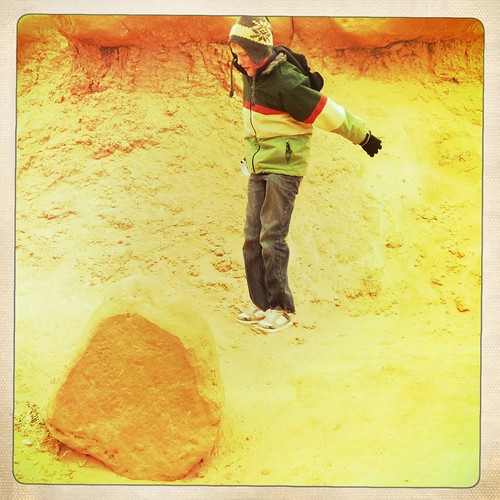 All in all, it was a good trip. I would have loved to be able to stick around and do more on Sunday, but it all was for the best.
"This is where my favorite quote will go someday" - Tyler

My blog
You must log in or register to reply here.
Similar threads