or to be more precisely: Right Hand Tusher Canyon for most of the time spent.

Years ago we visited Left Hand Tusher Canyon for some pictograph panels but pictographs are not our primary interest. This time we decided for Right Hand Tusher Canyon and the road that goes up to 7,500 feet. Our maps told that it ends at a gas well. From there a pack trail continues into Nutters Hole on more than 8,500 feet.

Starting point is in Green River at the intersection of Main Street and Hastings Road on the east side of the Green River (12S 0575064 4315991). Hastings Road runs up into Gray Canyon. These days it is blocked not far away from the so called Nefertiti, a natural rock sculpture resembling Egyptian pharaoh Echnatons wife. (Distance from Green River to road end: some 18 miles)

This time we use Hastings Road for the first seven and a half miles only. After crossing Tusher Wash the intersection to Tusher Road is at 12S 0576041 4326969. 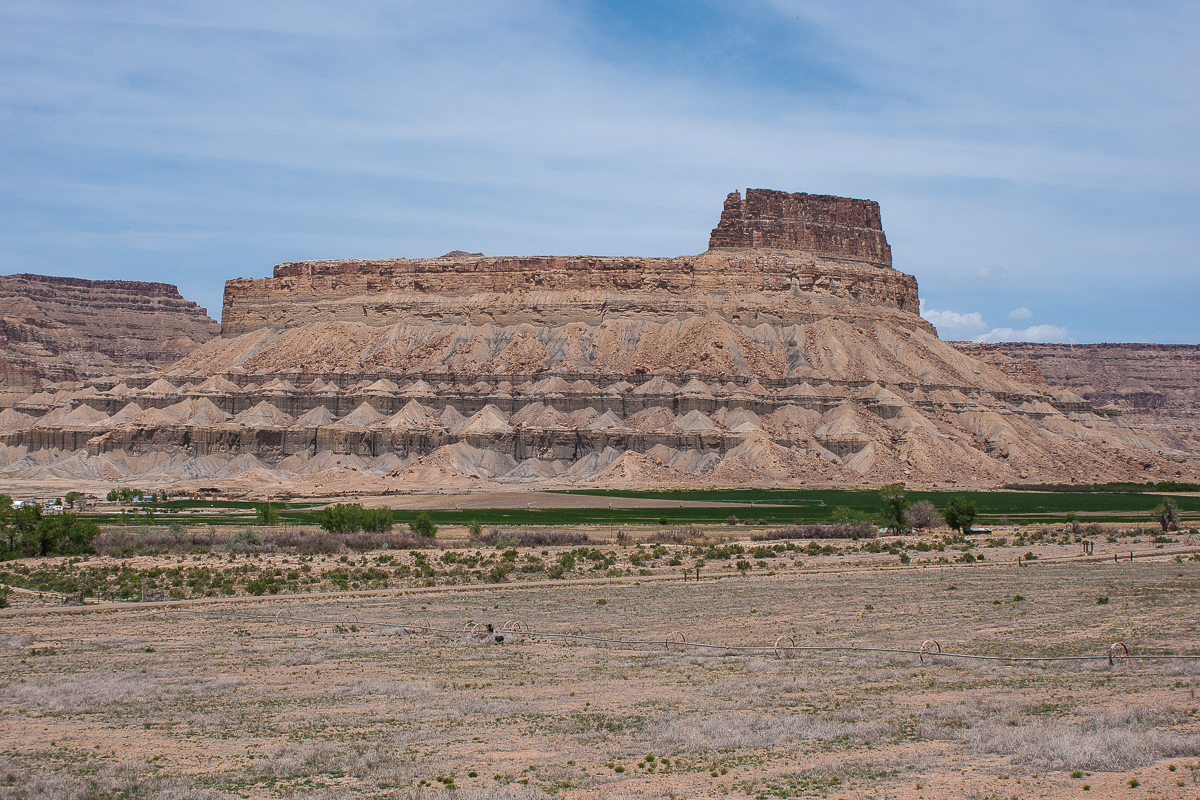 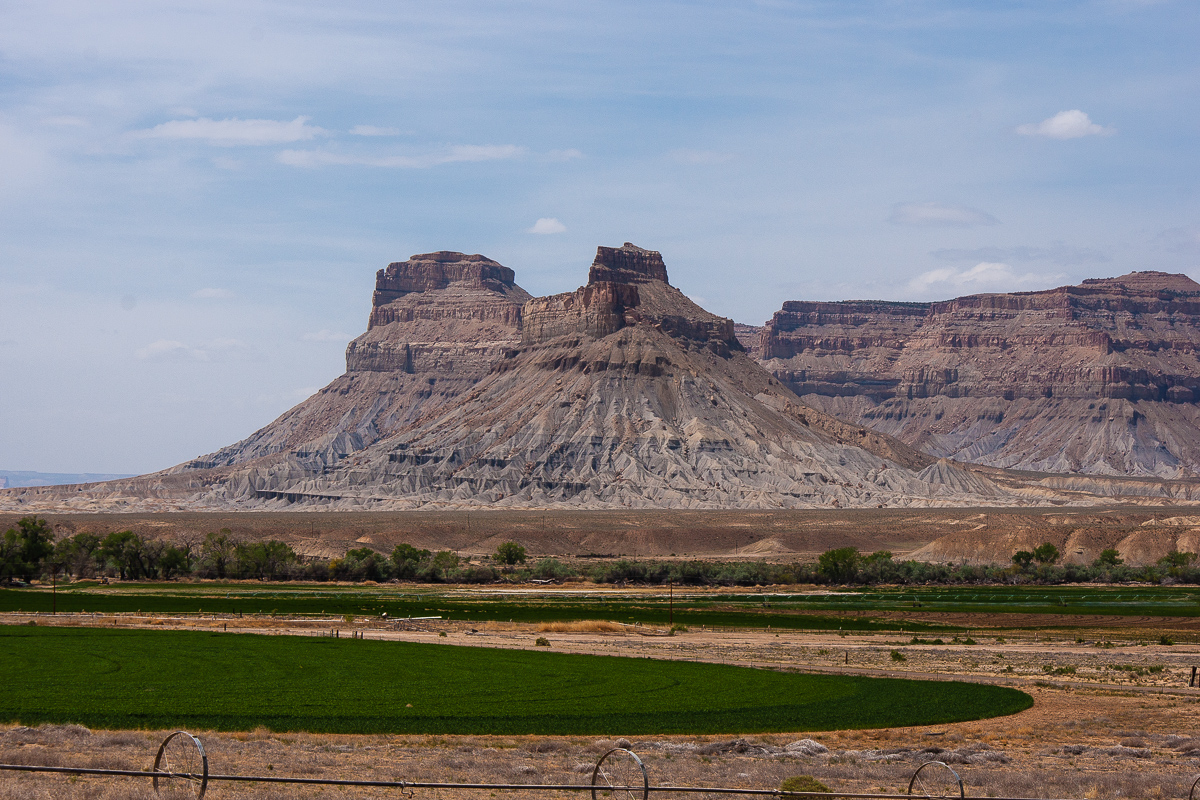 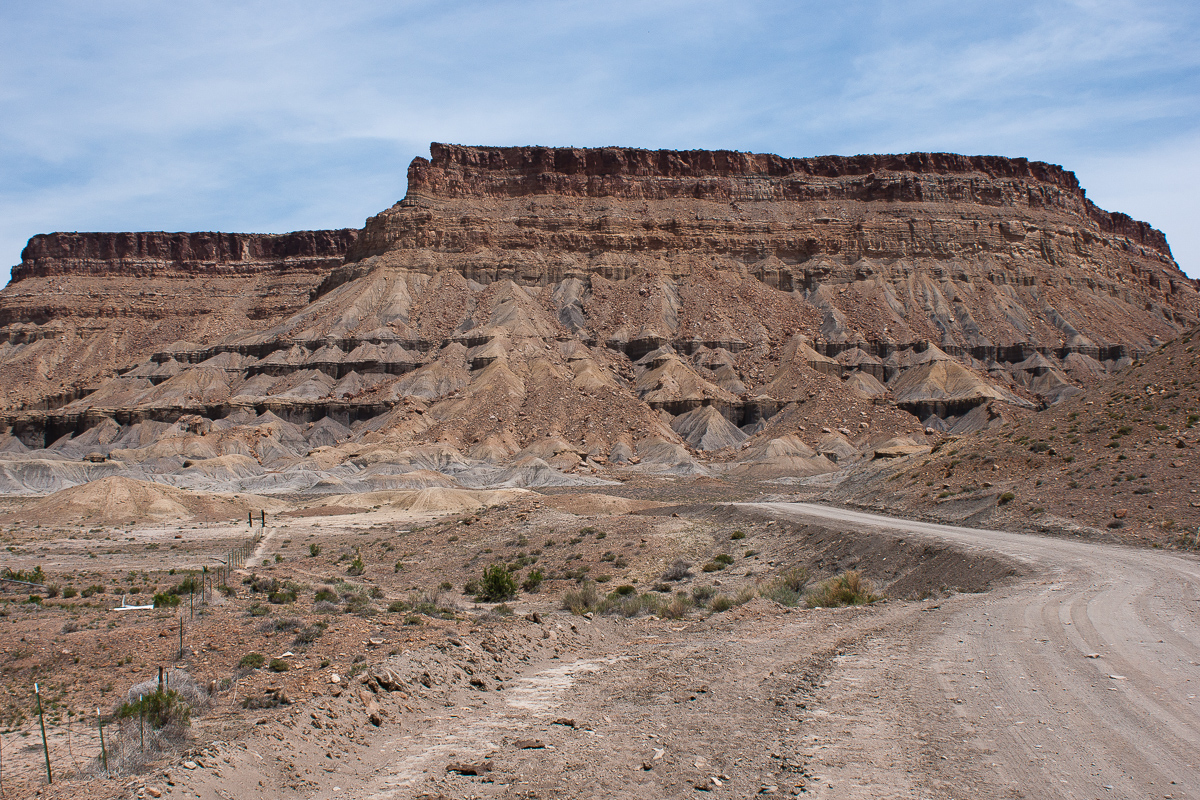 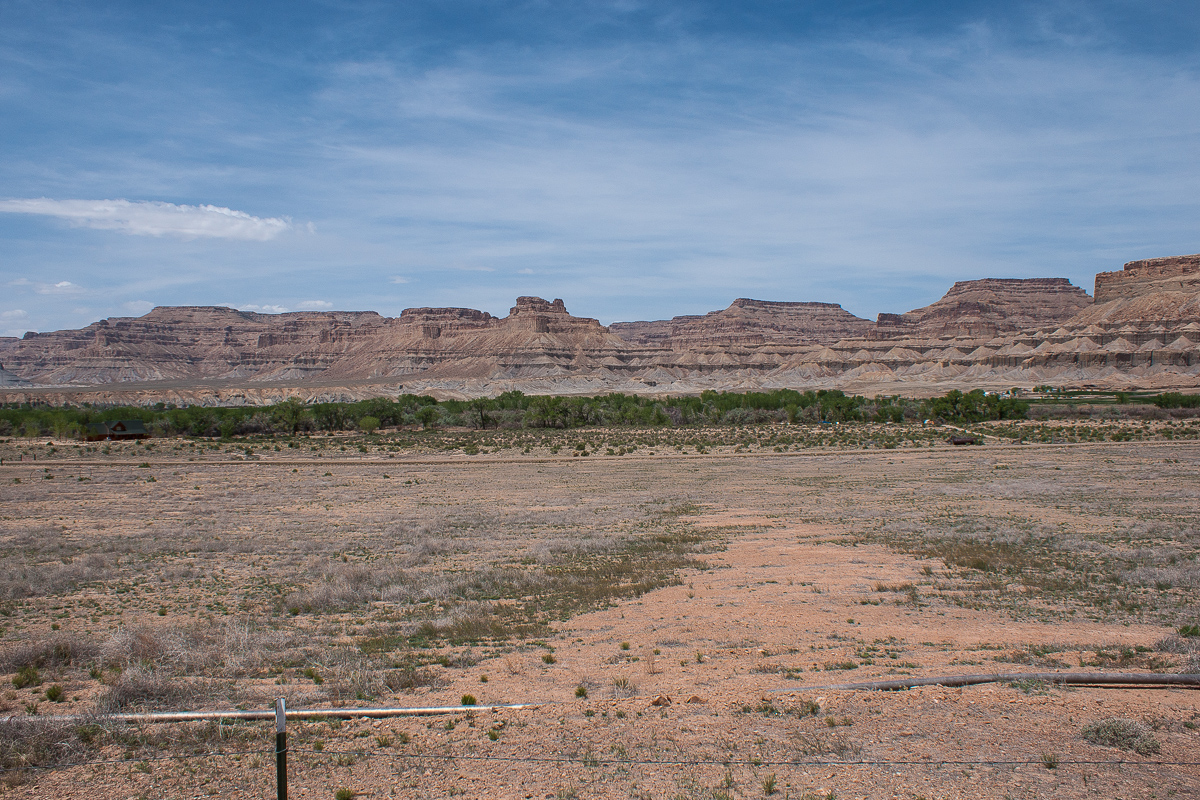 The pretty good road proceeds south east (at the beginning), circles around a hill and reaches Tusher Wash after about one and a half mile. 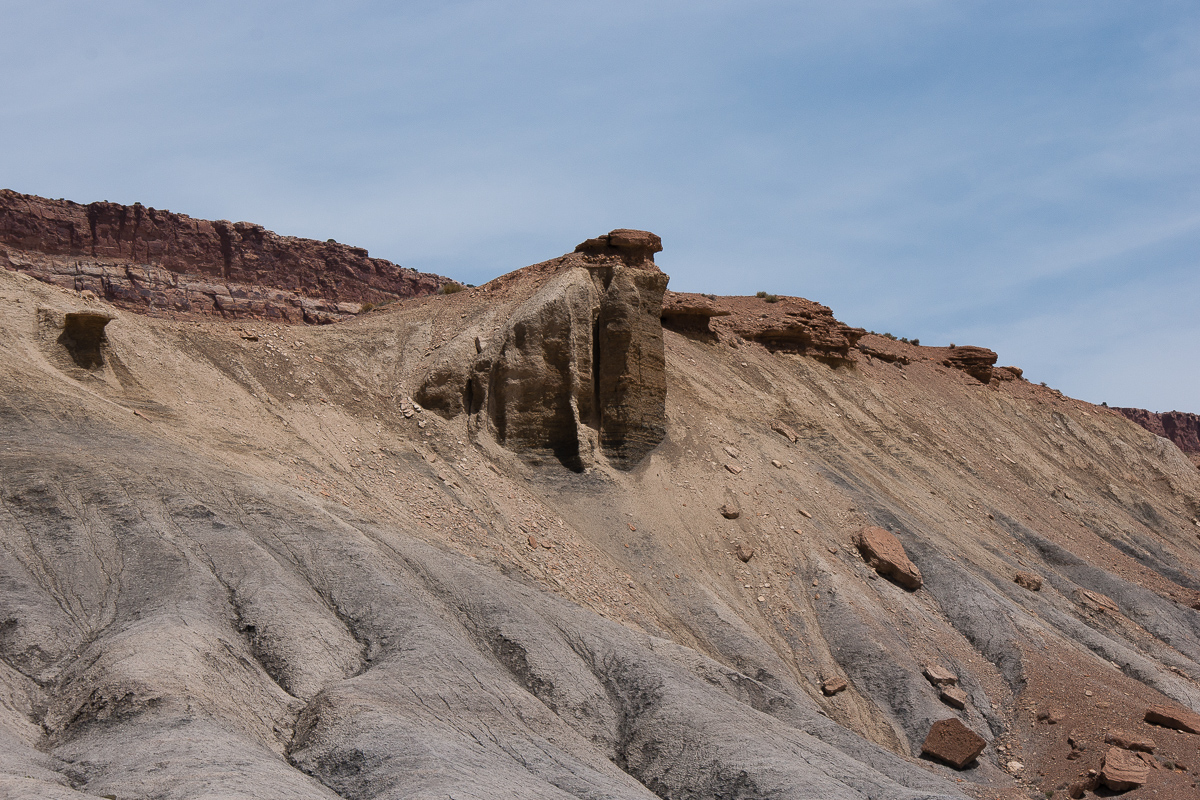 Some scenery besides the road

This is not Red Rock Country. It is grey and tan brown at most. Sediments near the Green River Valley are mainly Mancos and from the Mesa Verde Group. 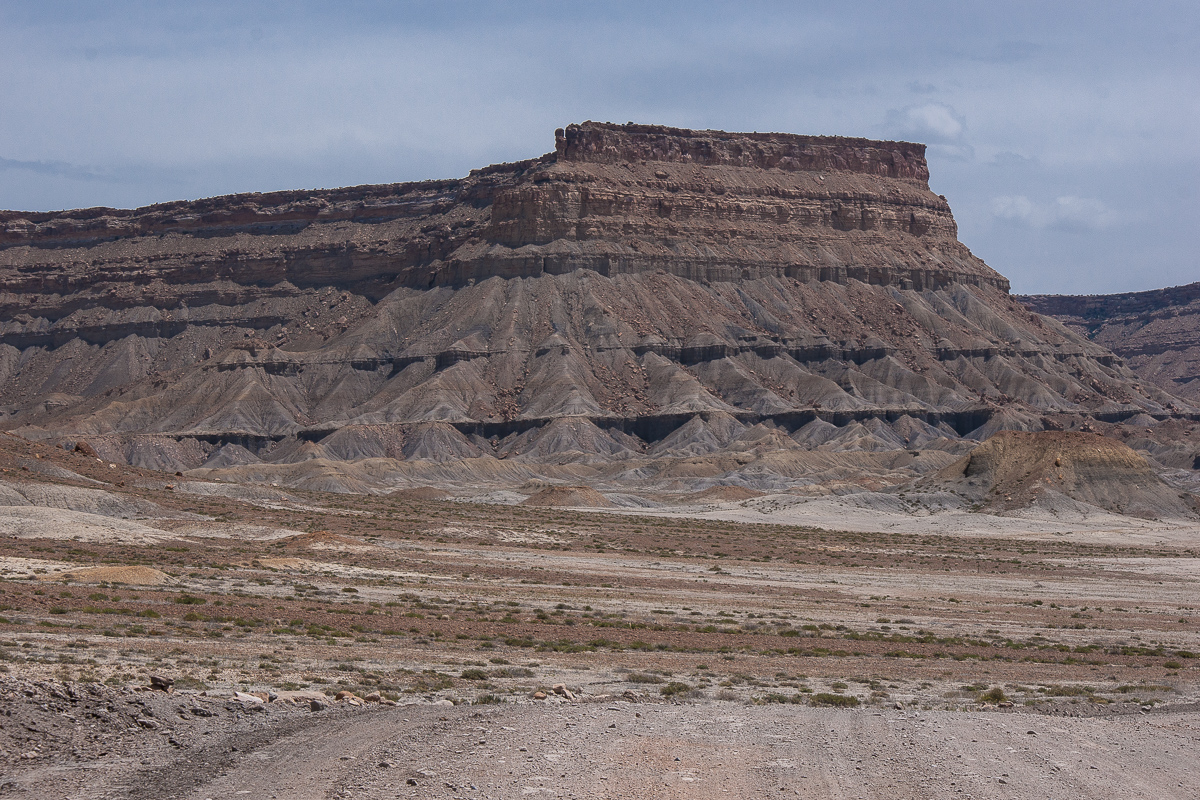 The low lying sediments are soft but separated by some distinct harder layers separating then into several storys. 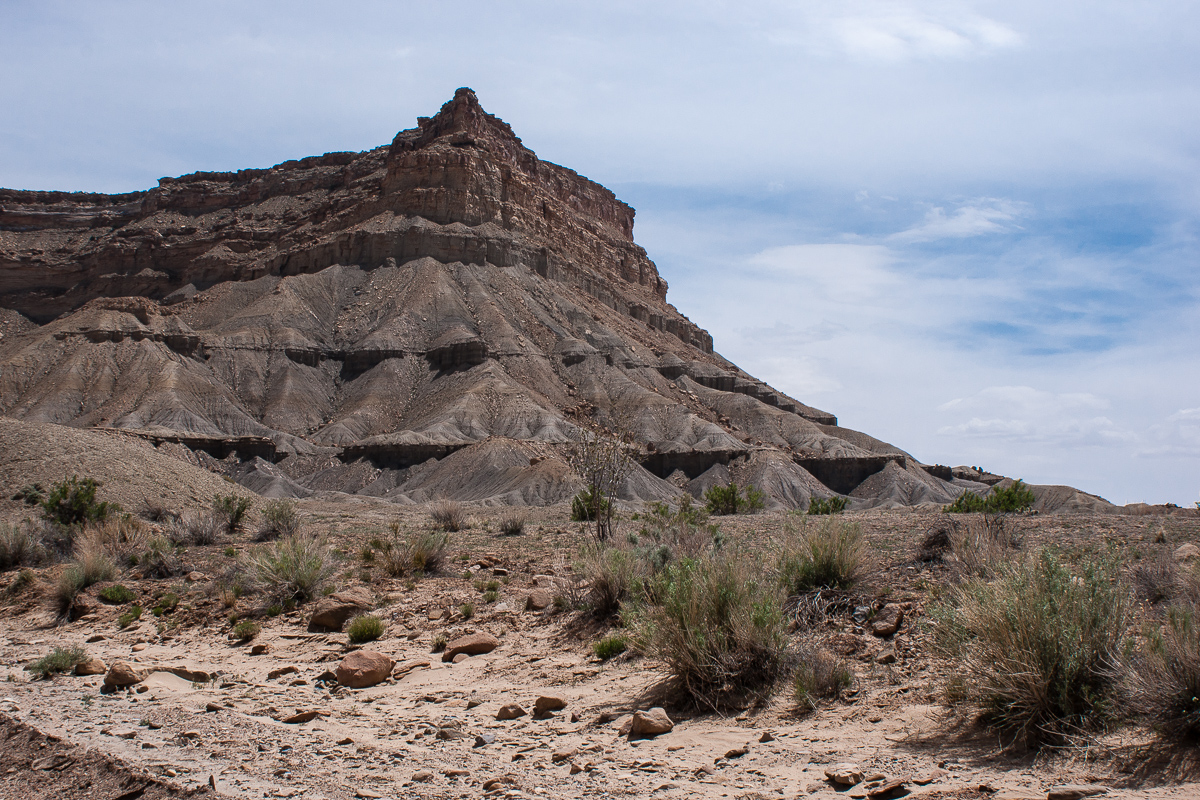 The sandstone on top is much harder 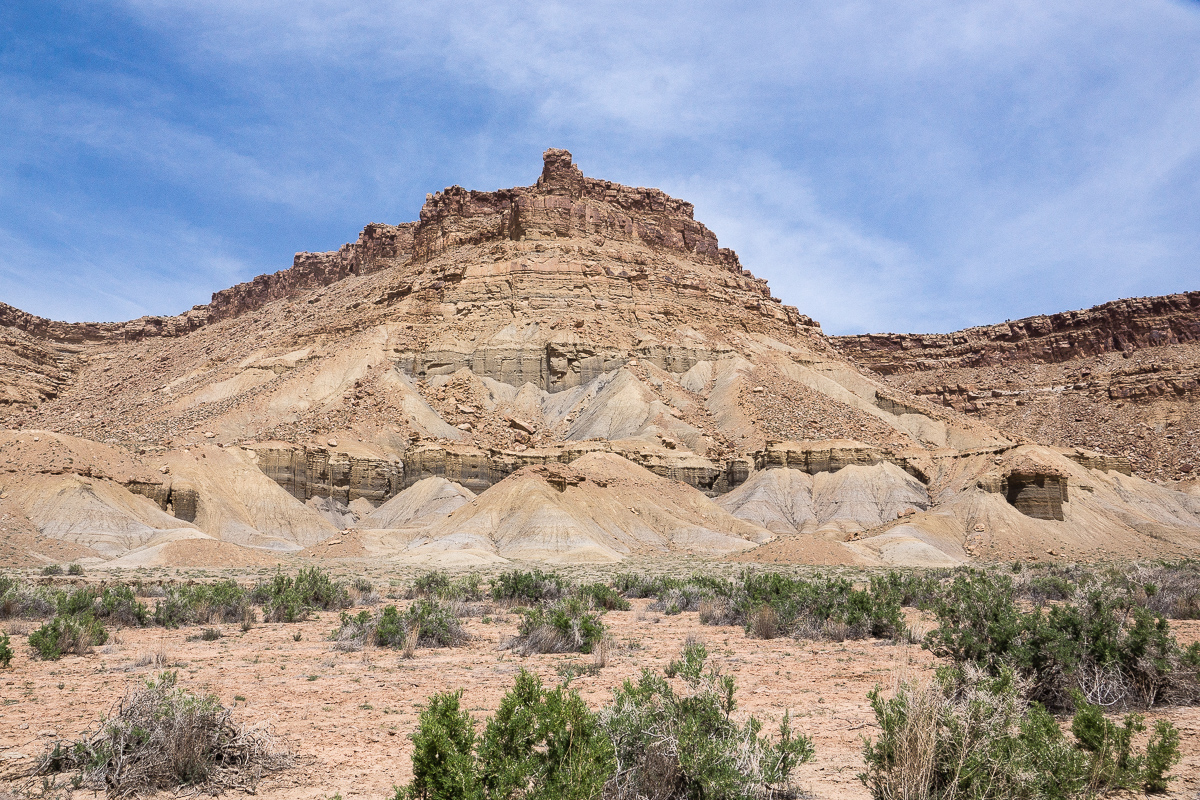 Lower Tusher Canyon is framed by the Tusher Canyon Bench on both sides. This nearly level bench rests about 600 feet above the canyon floor in the lower canyon. 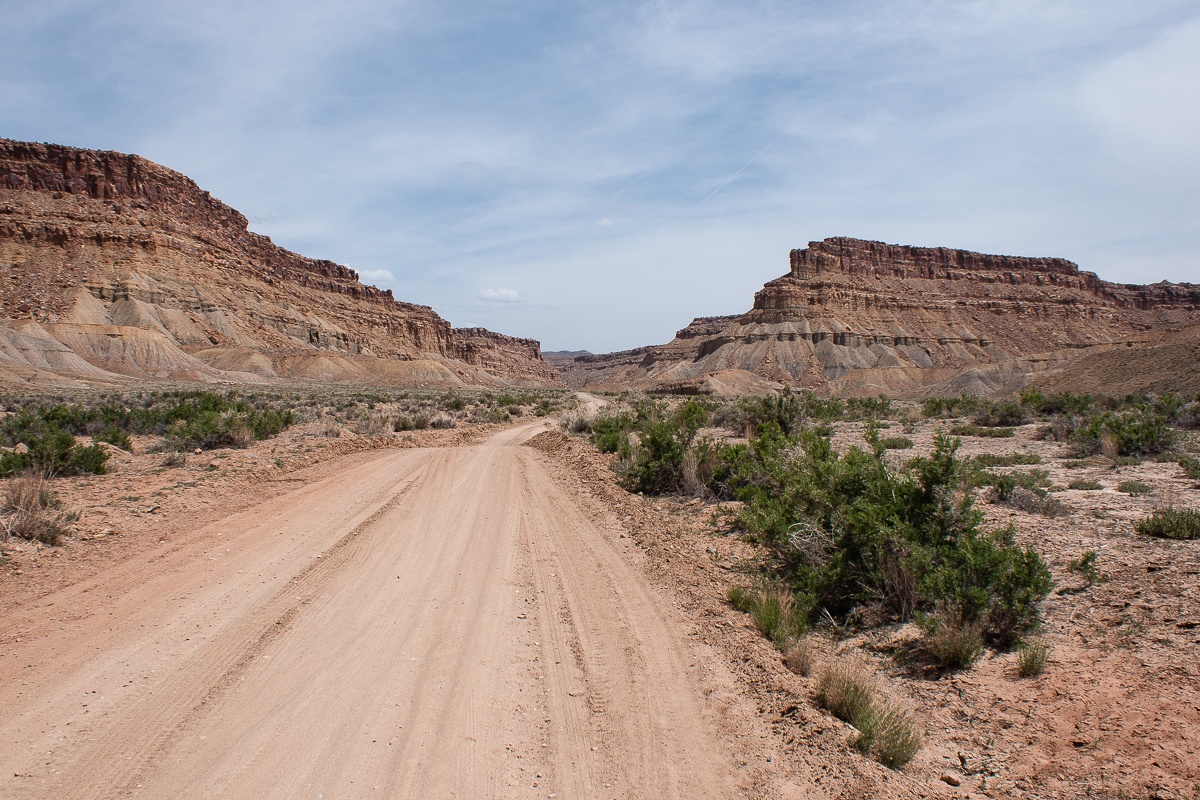 Tusher Canyon Bench on both rims 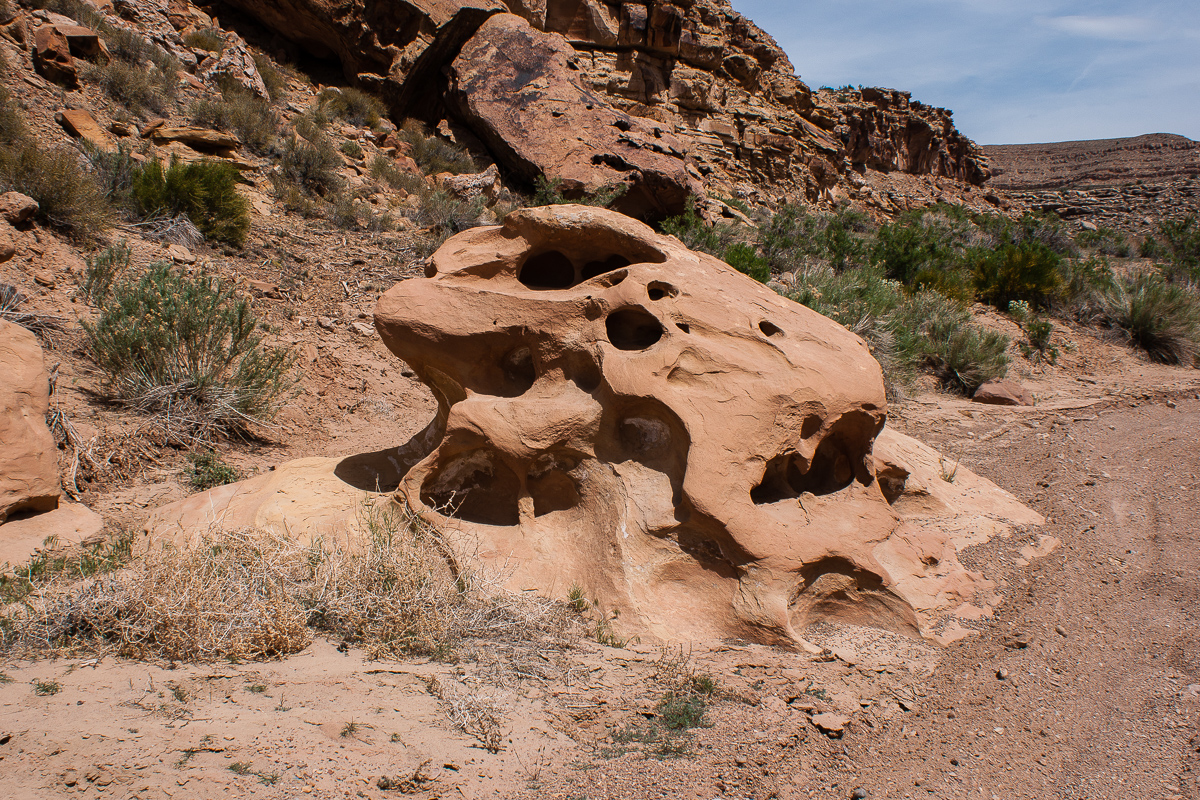 Seems to be a fallen rock from Mesa Verde levels. 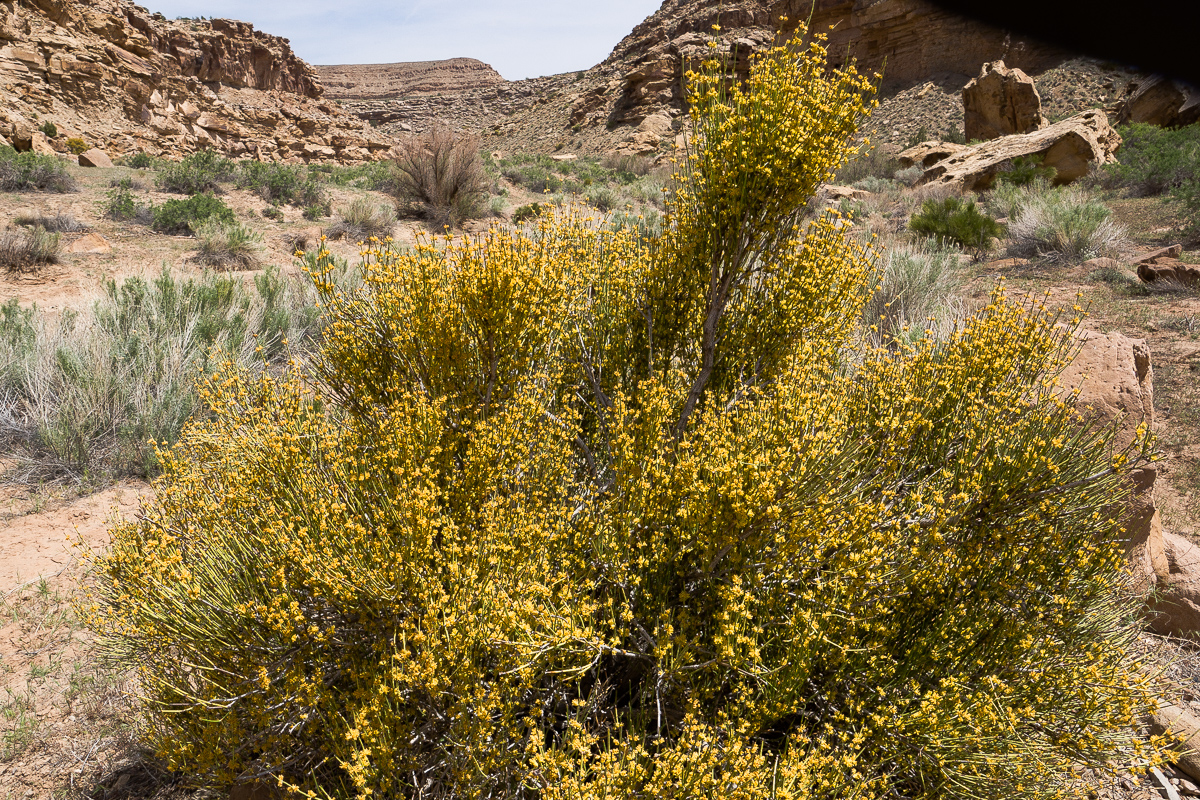 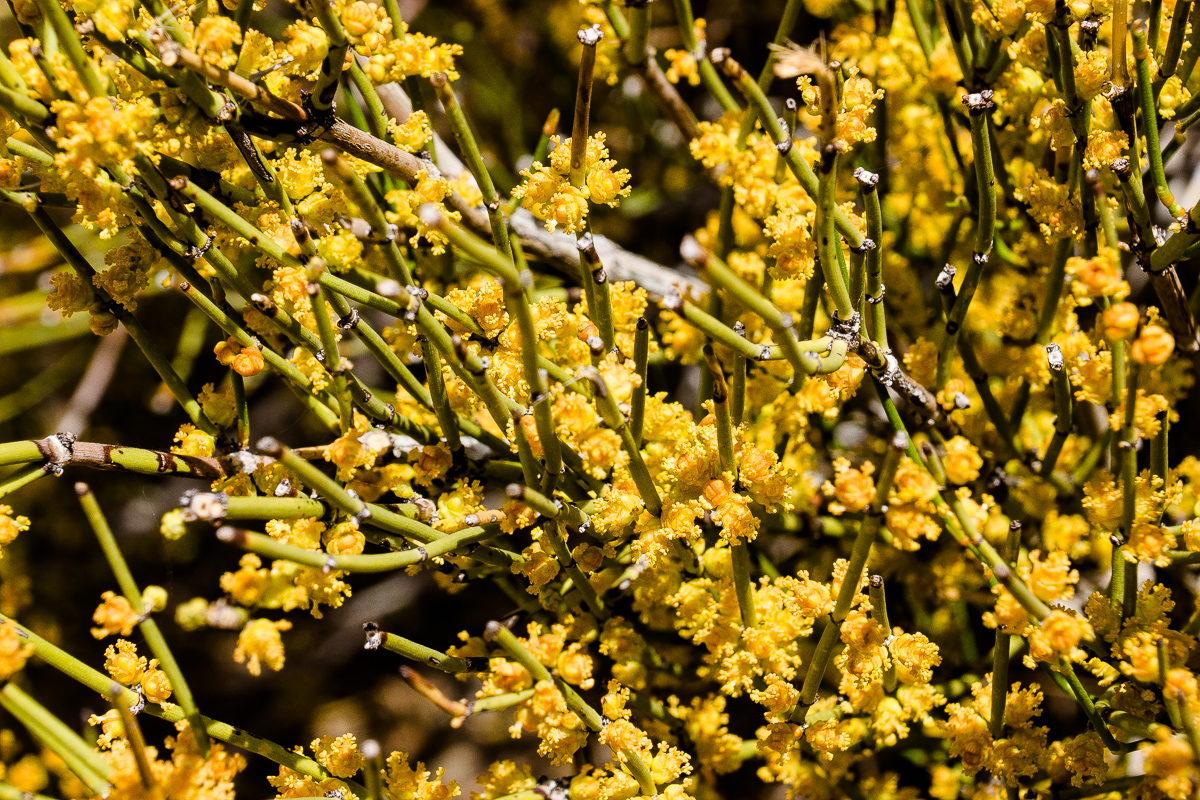 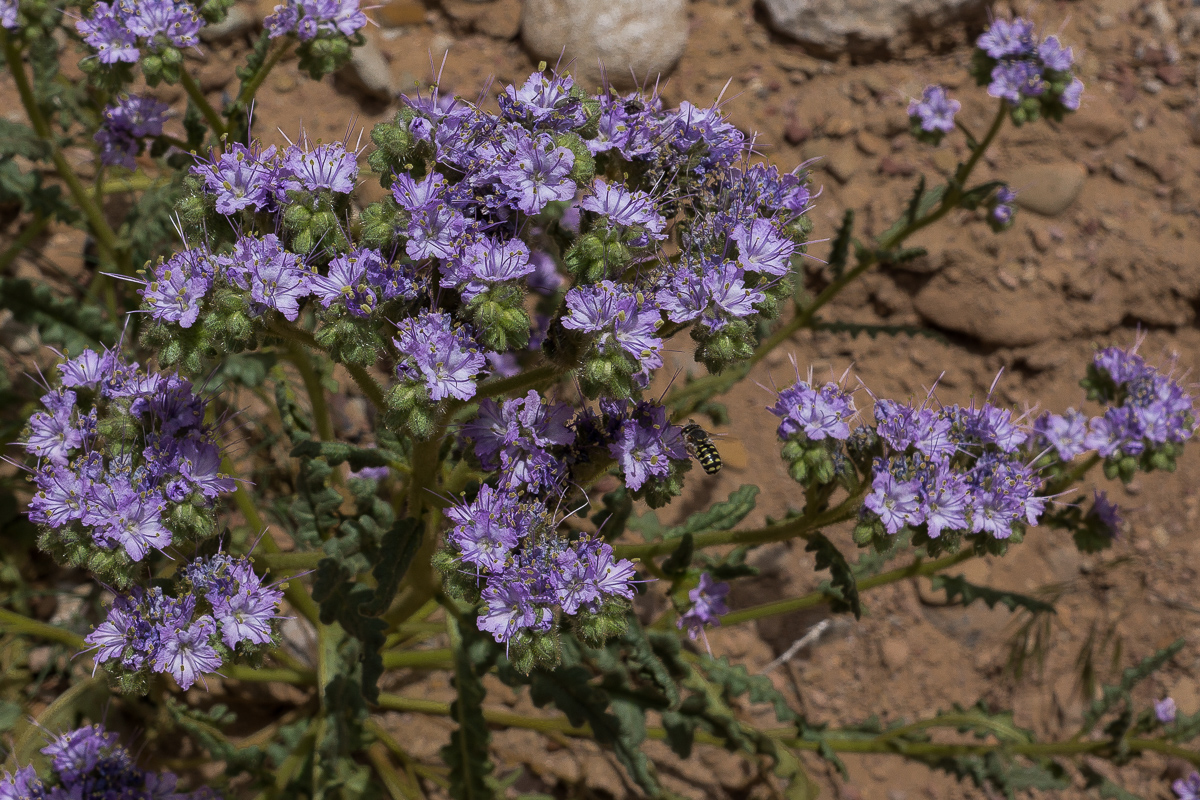 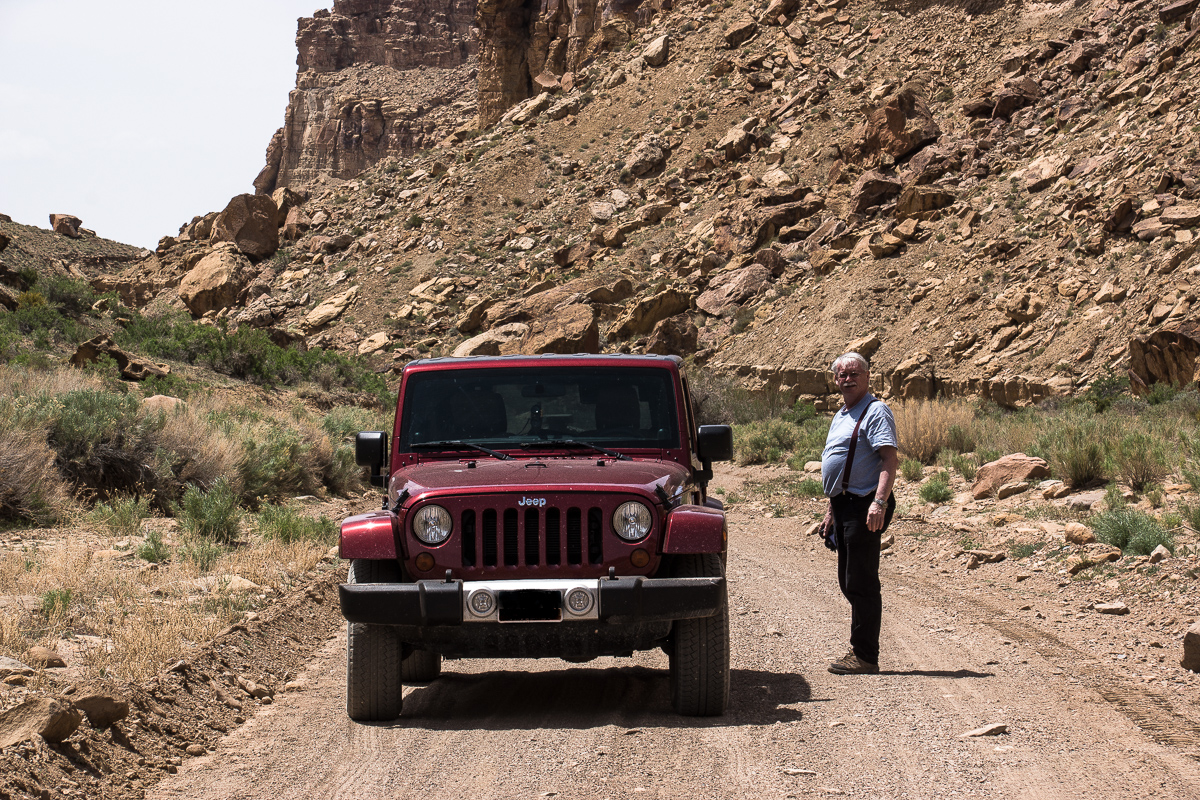 You don't need a Jeep Wrangler to travel this road

Now we are not far away from the place where the canyon separates into Left- and Right Hand. We visited Left Hand Tusher Canyon years ago. 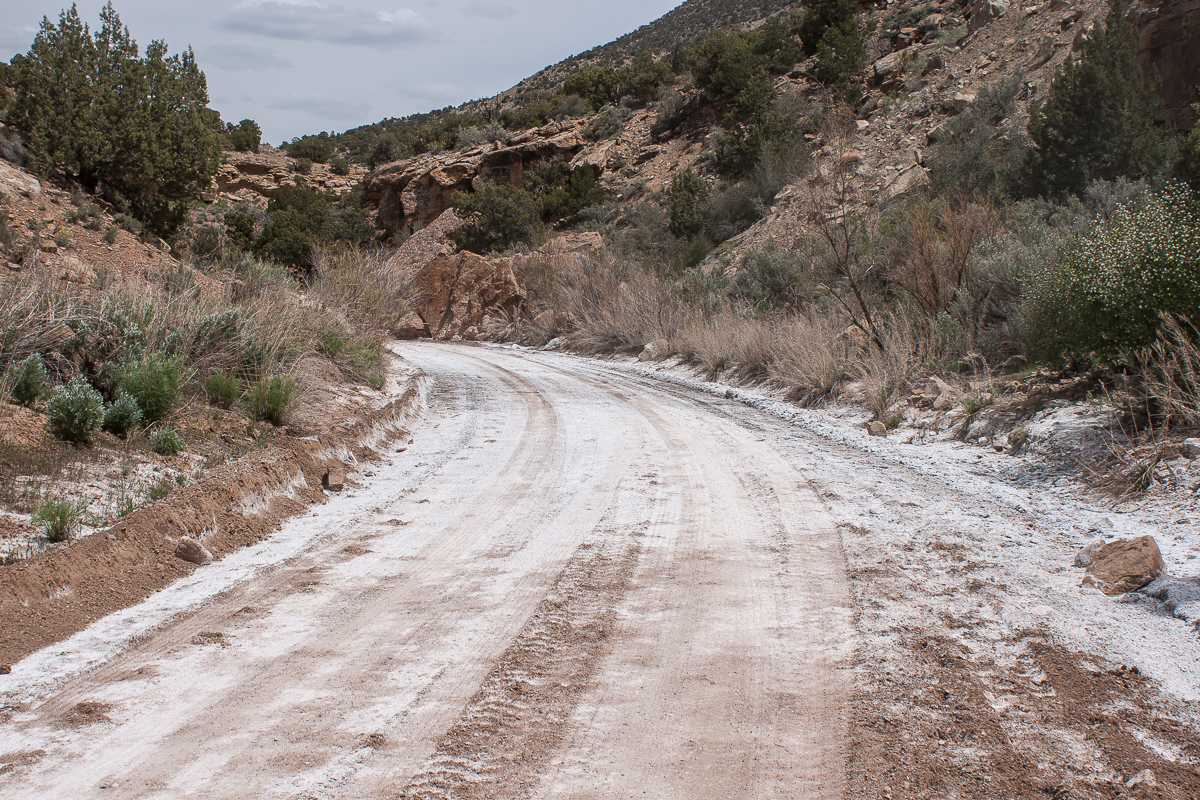 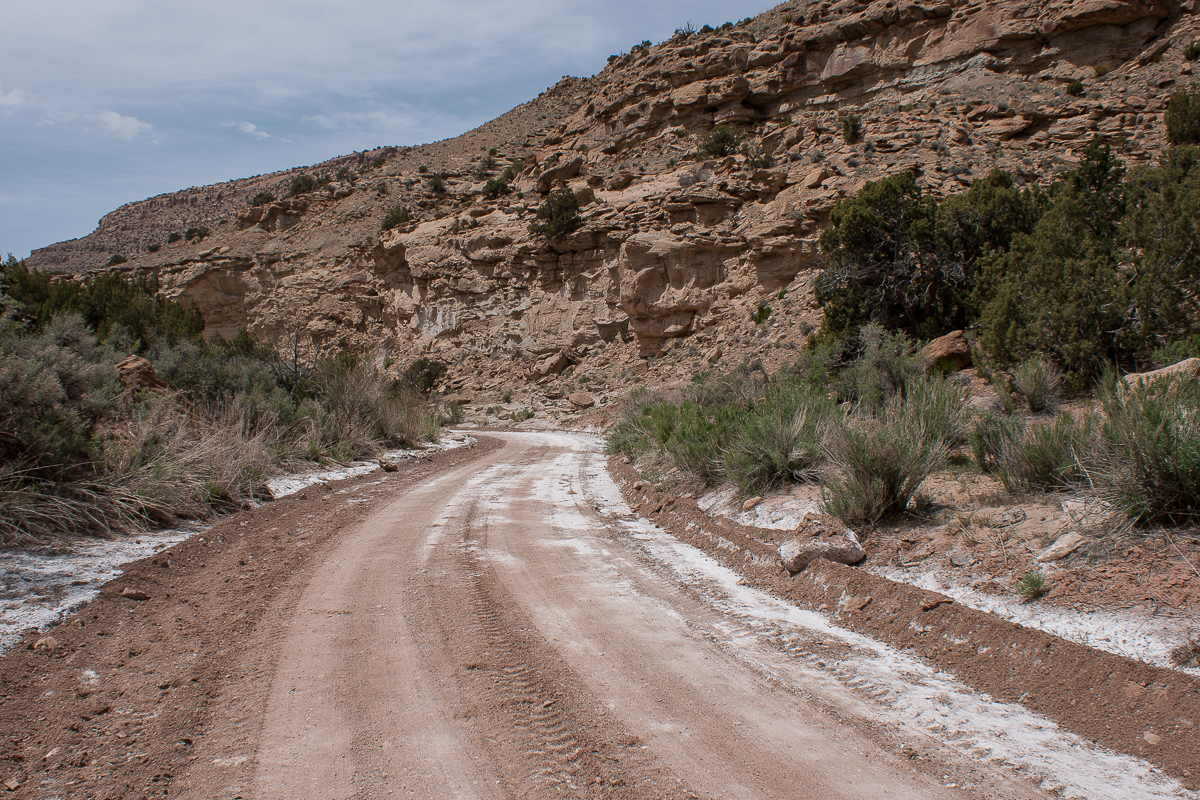 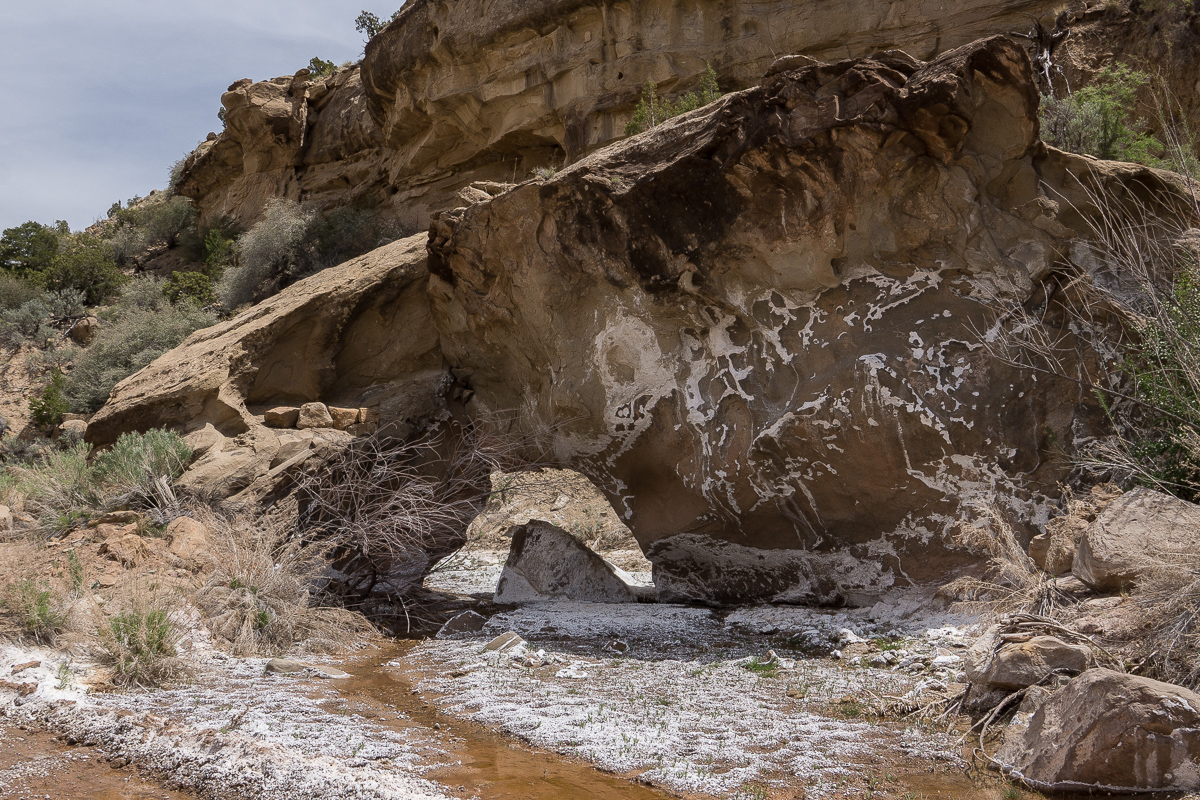 Not an official name: We call it Boulder Bridge

Another Jeep is coming down the road. The couple tells us there is not much change in scenery traveling farther up. They found something like a campsite where the road ends. We meet these nice people again some days later at the Westwind Gas Station in Green River.

Their report does not discourage us immediately. The map shows a Showerbath Canyon (and Spring) some miles ahead. Give it a chance! 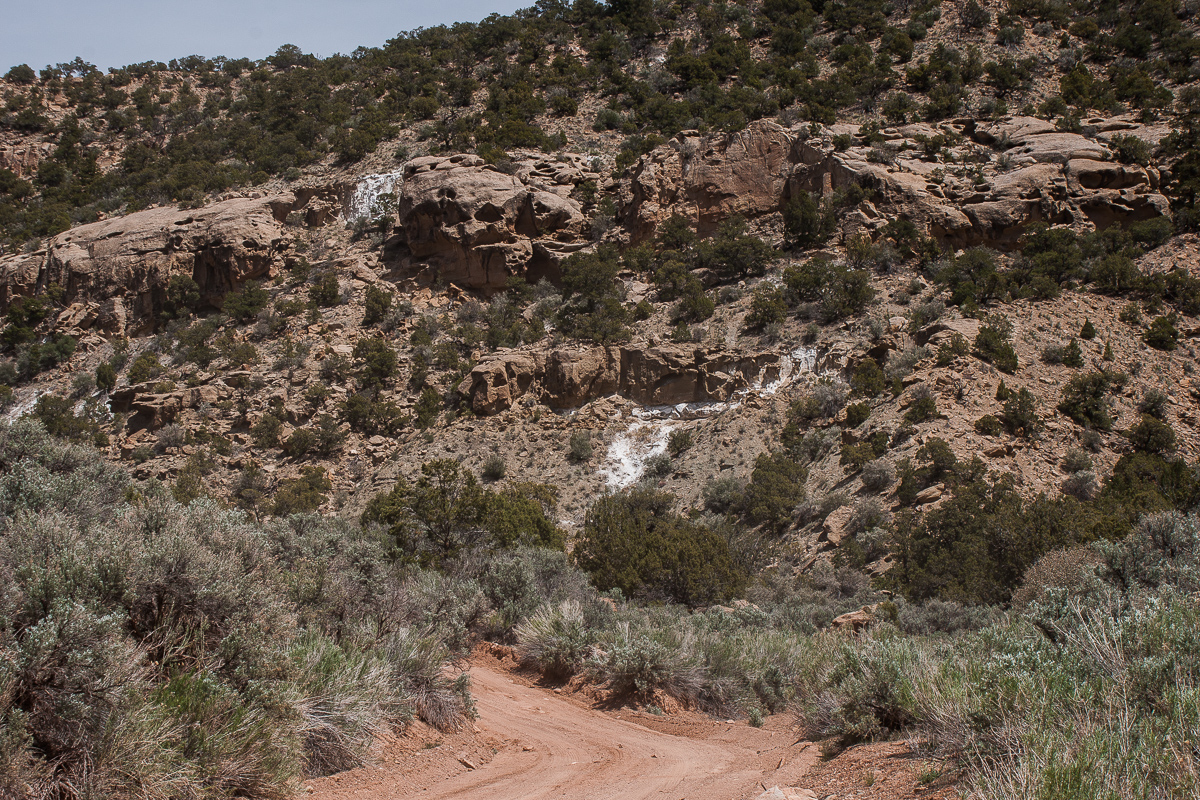 We are at the mouth of Showerbath Canyon and nothing has changed. We feel this is hunters territory only. It is early in the afternoon and we decide to turn around. 12 miles down the canyon there was another promising trail.... 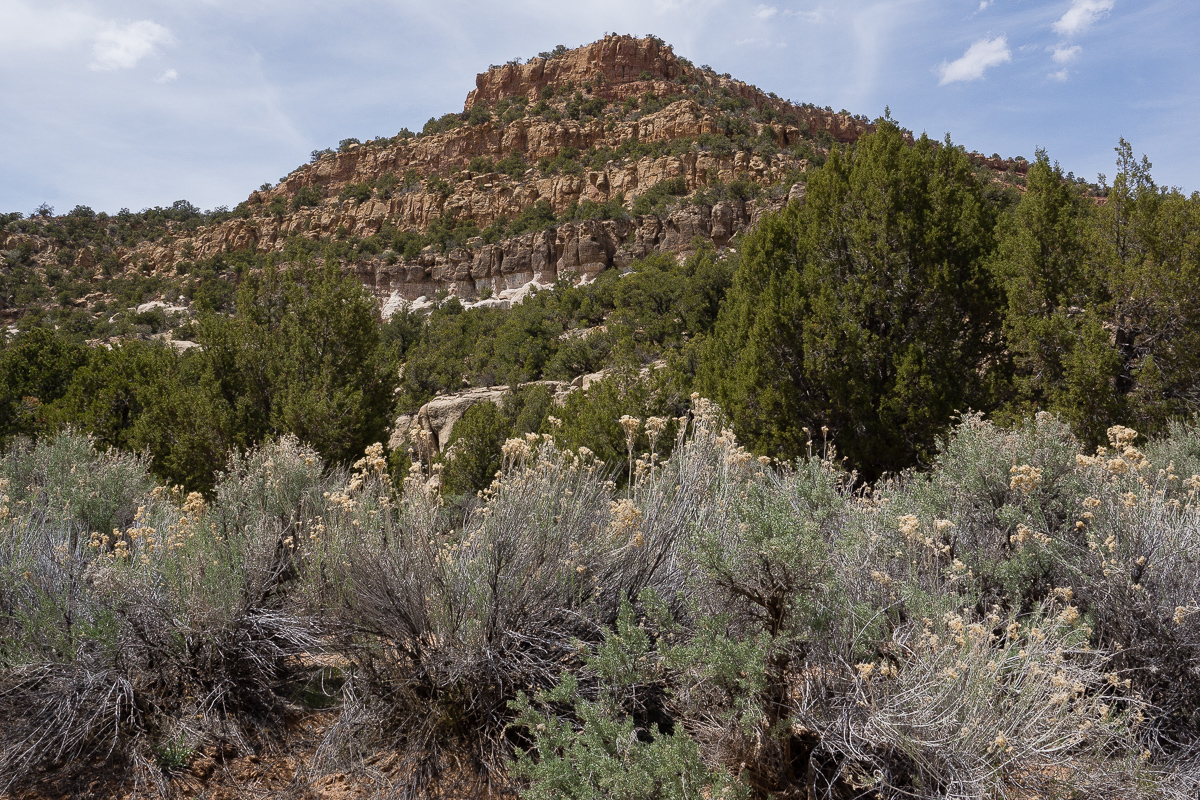 Not far away from Showerbath Canyon
Last edited: Feb 7, 2015
Desert Drunk and Red Rock Crazy Southwestern Tales
You must log in or register to reply here.
Similar threads