Home sick with abdominal pain, dreaming of the Mojave desert. Thought I'd pass the time with a retro trip report from last fall.

First Kraft Mountain 4714': The leftmost gully on the south face when viewed from Sandstone Drive TH is 700 vertical feet of beautiful solid and sustained Class 3. West Ridge descent had lots of sandstone pinnacles to work through. 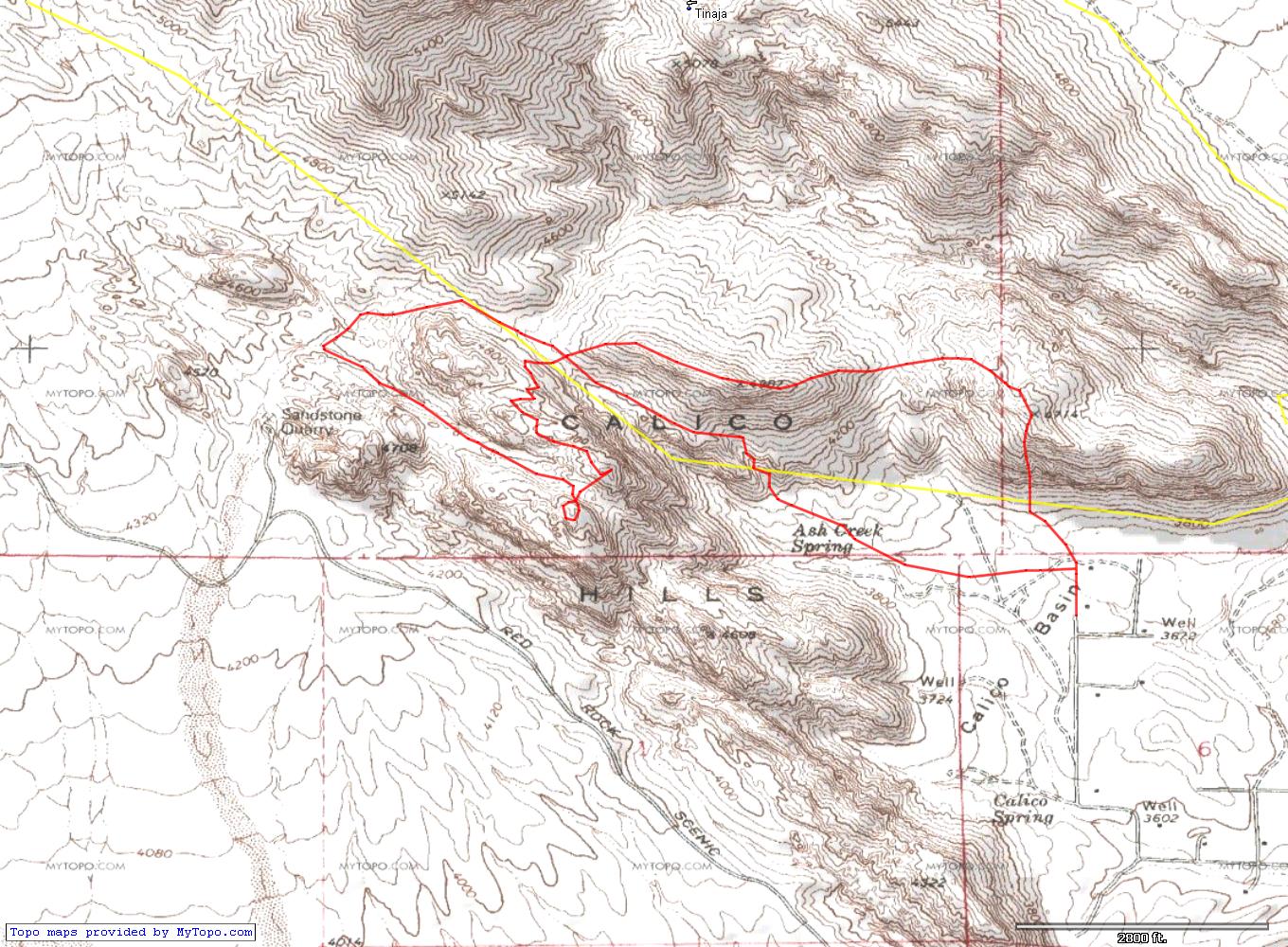 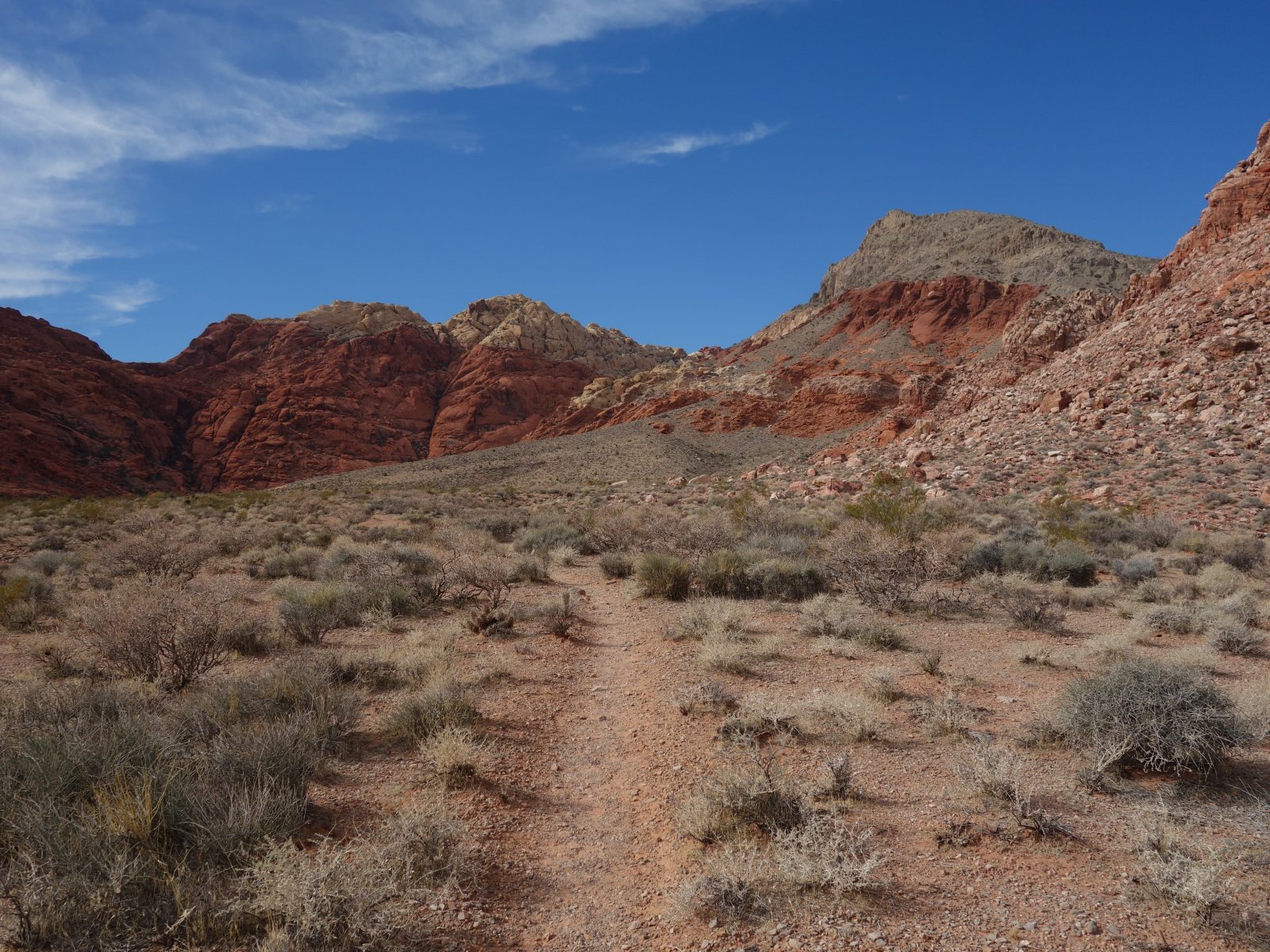 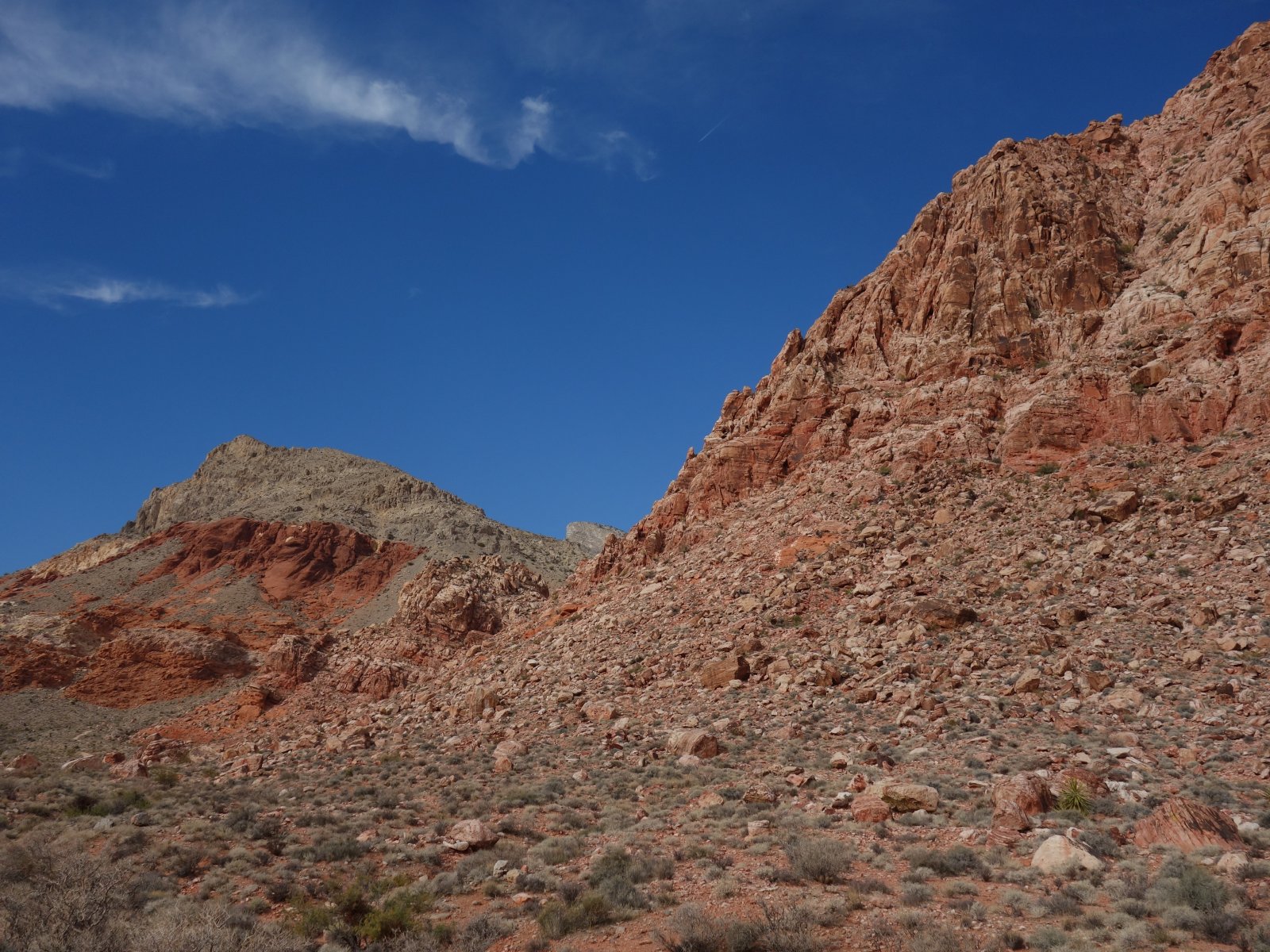 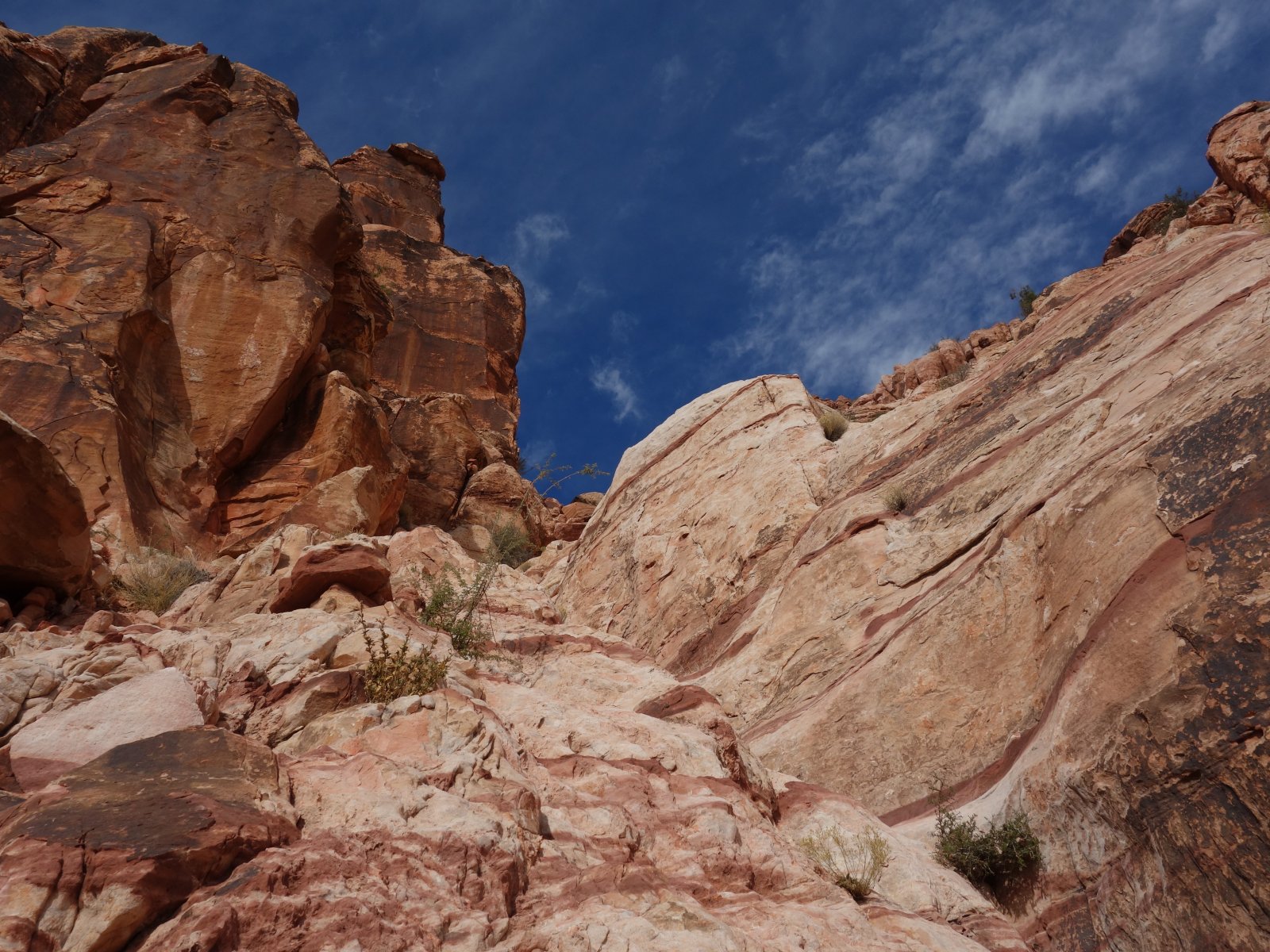 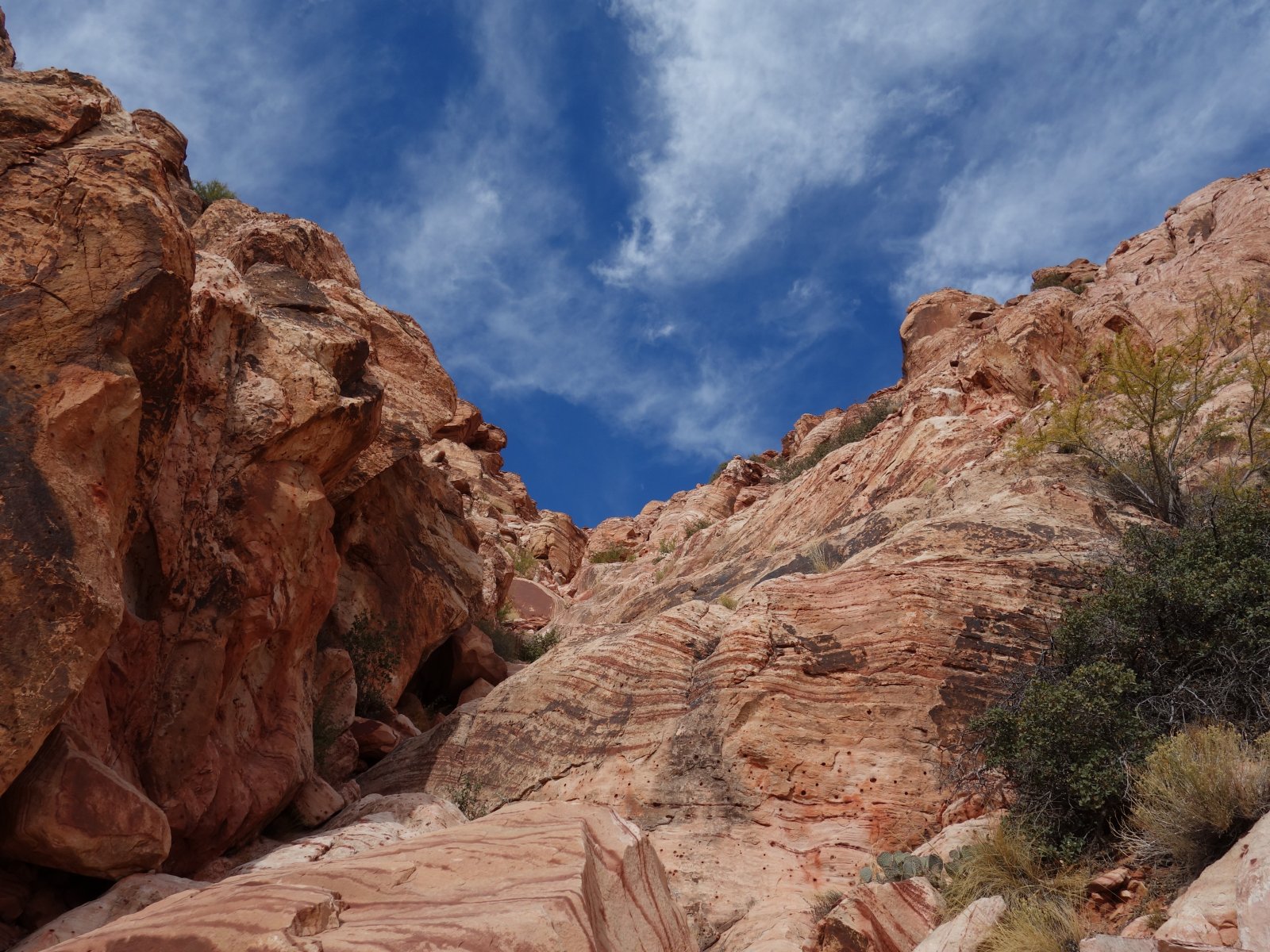 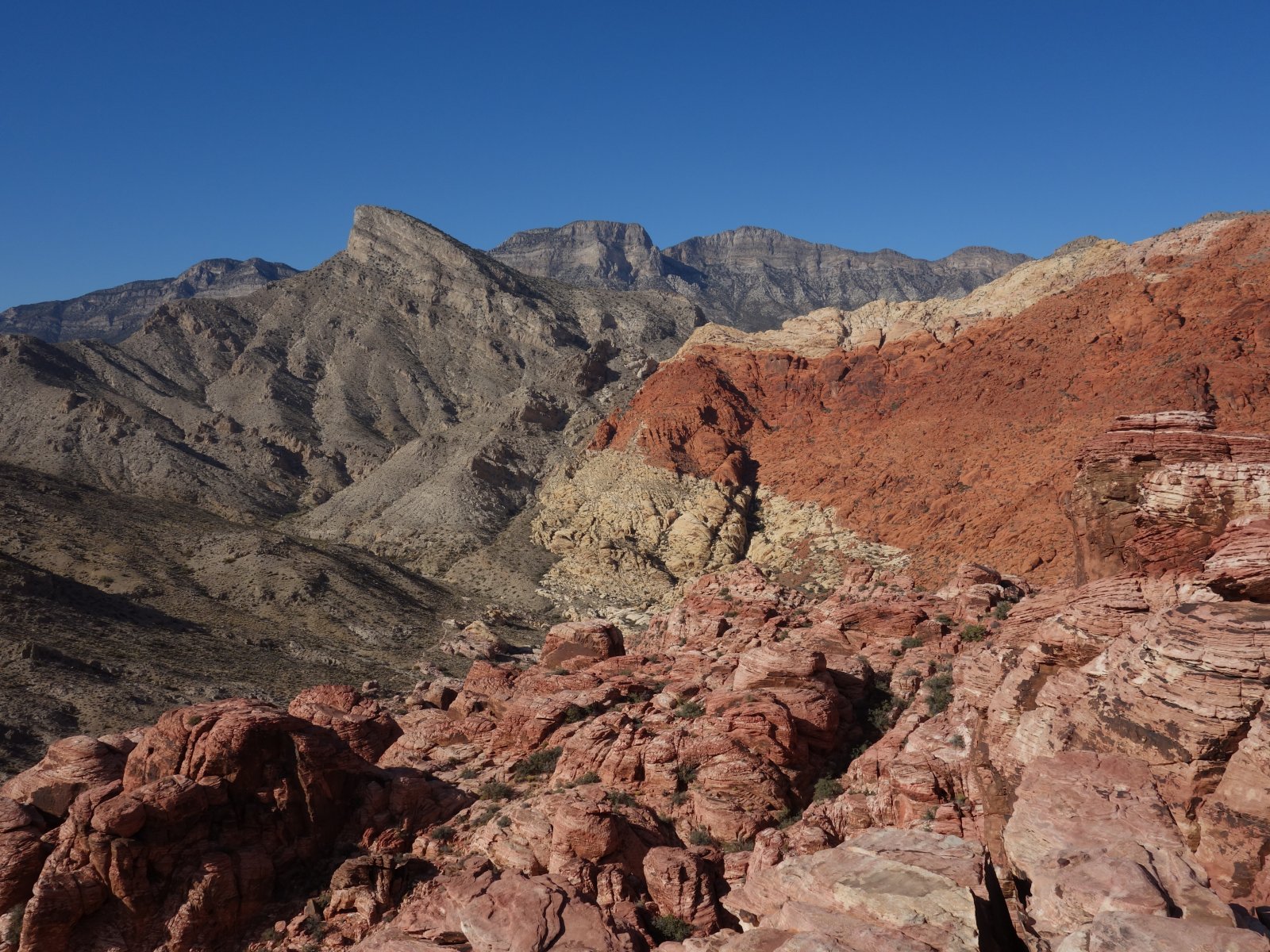 Then on to New Peak 4987': Up East Ridge, which provides fun limestone ridge scrambling if you stay on top of the ridge, down west ridge to Ash Canyon saddle. 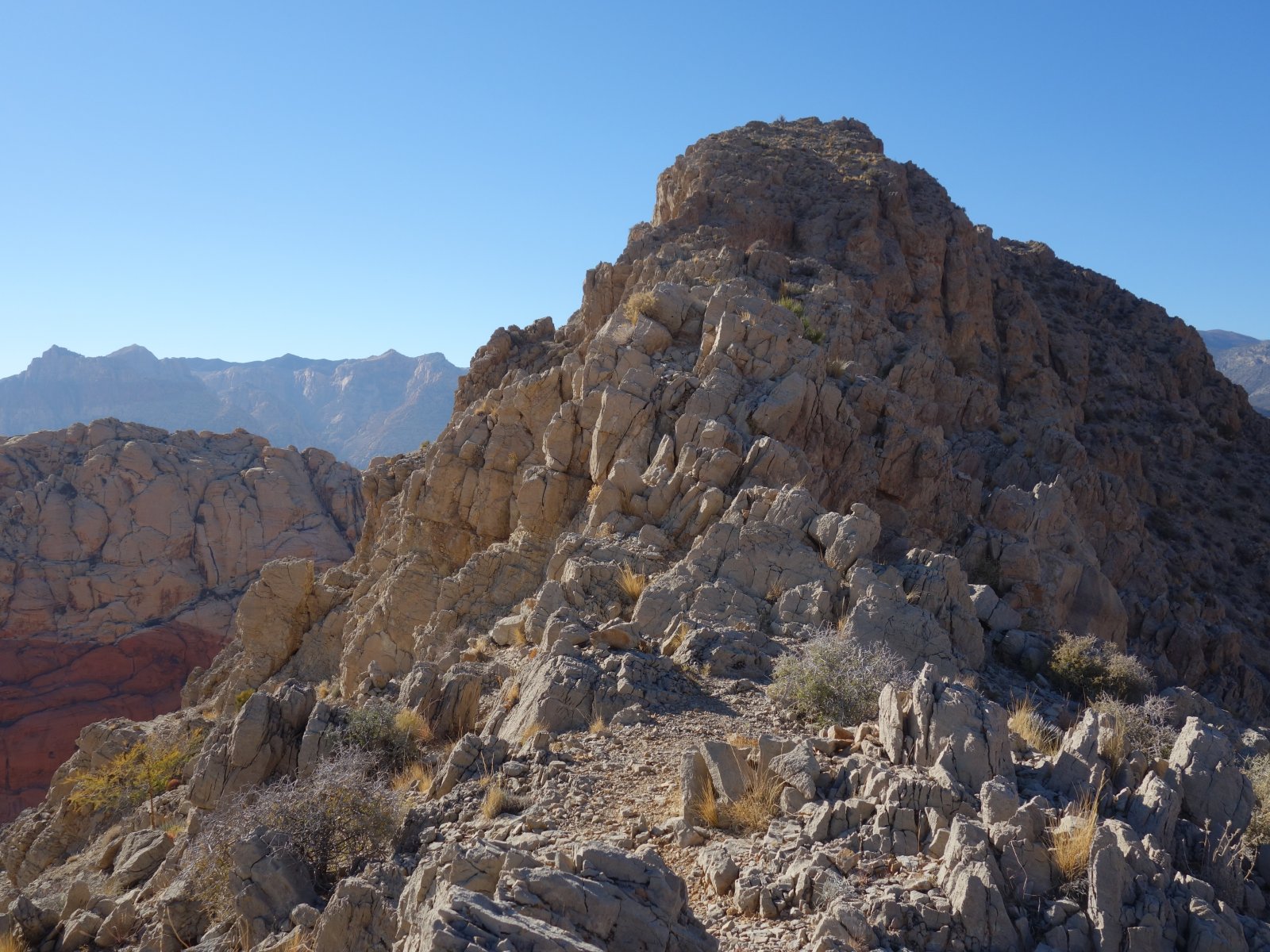 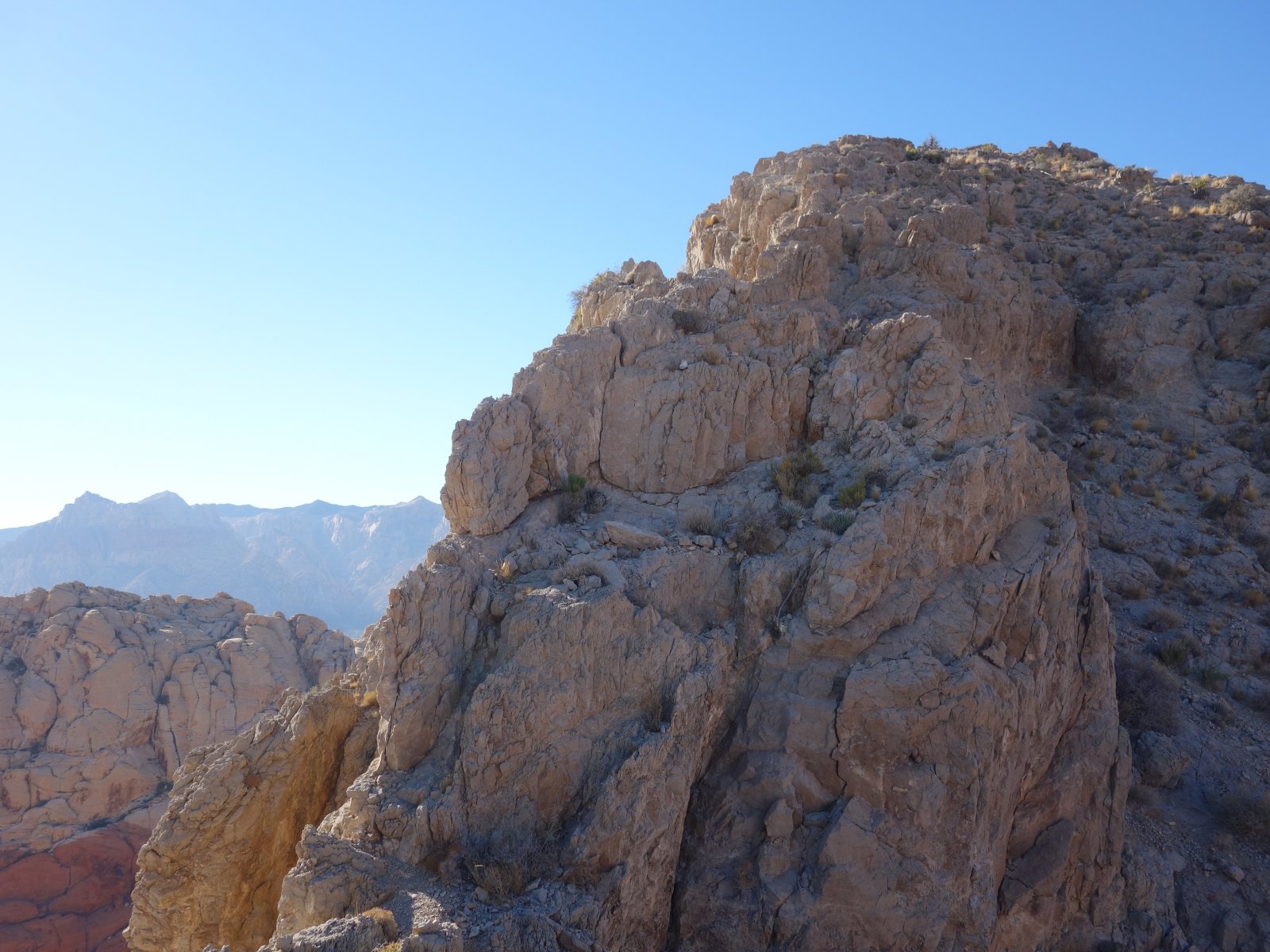 Then a finish in the Calico Tank Peaks which began with an interesting route find out of the Ash Canyon Divide. After New Peak, I worked my way up the NE Face of the Red Cap/Calico Tank ridge zigzagging ramps and ledges and a small tight gully. At the saddle it was convoluted routefinding around, through, over sandstone blocks to reach the summit of Calico Tank Peak 4880'. 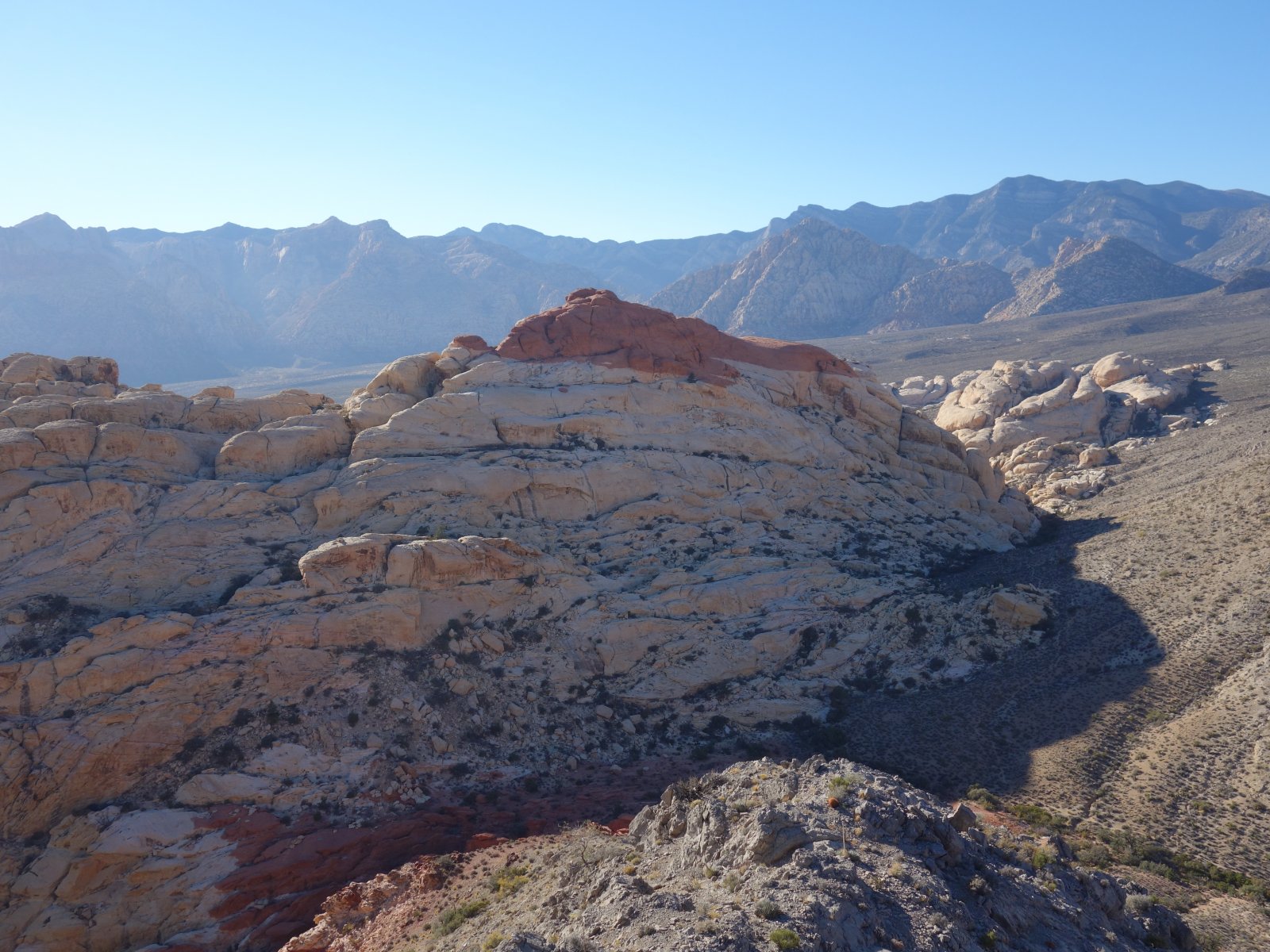 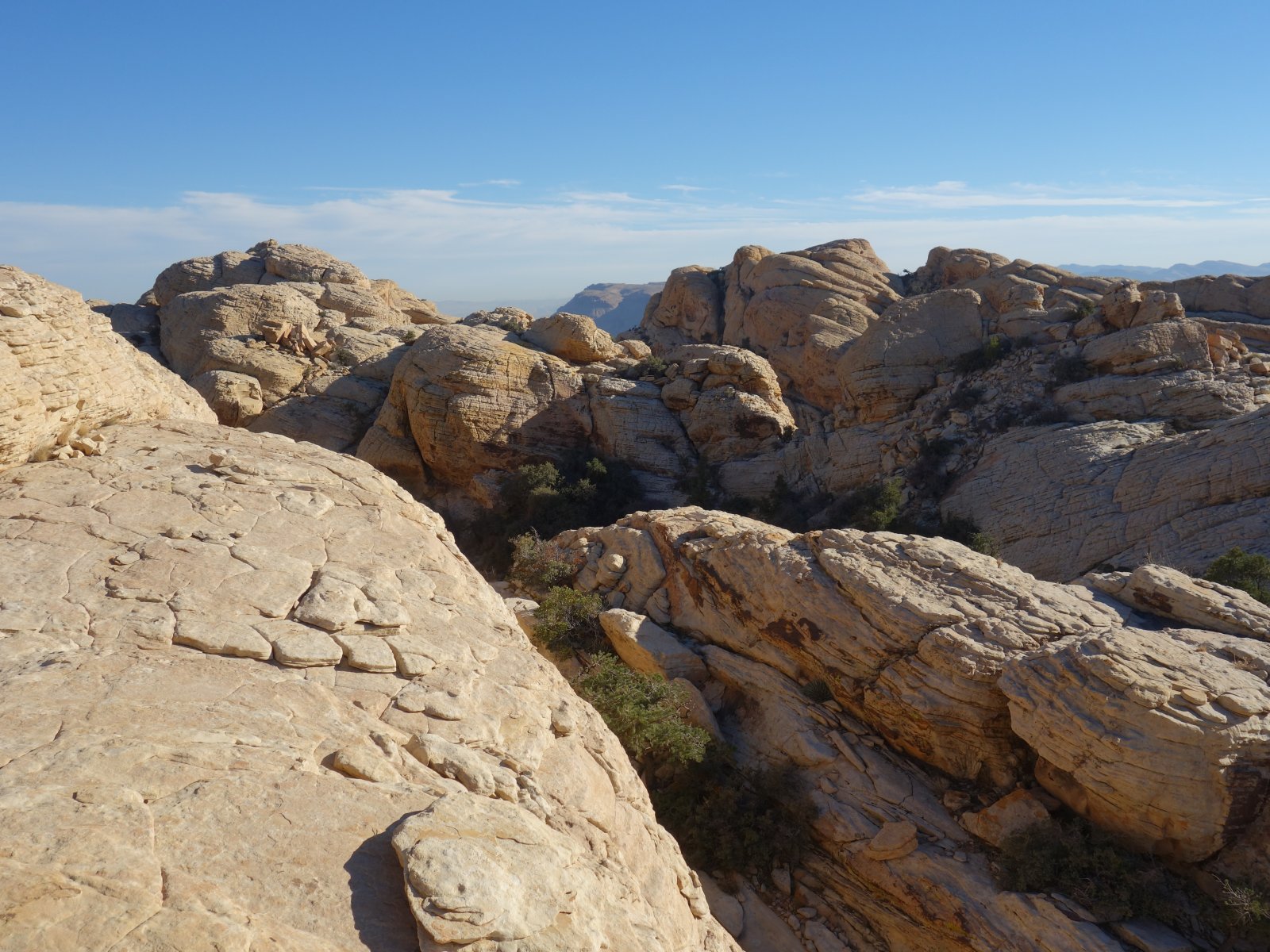 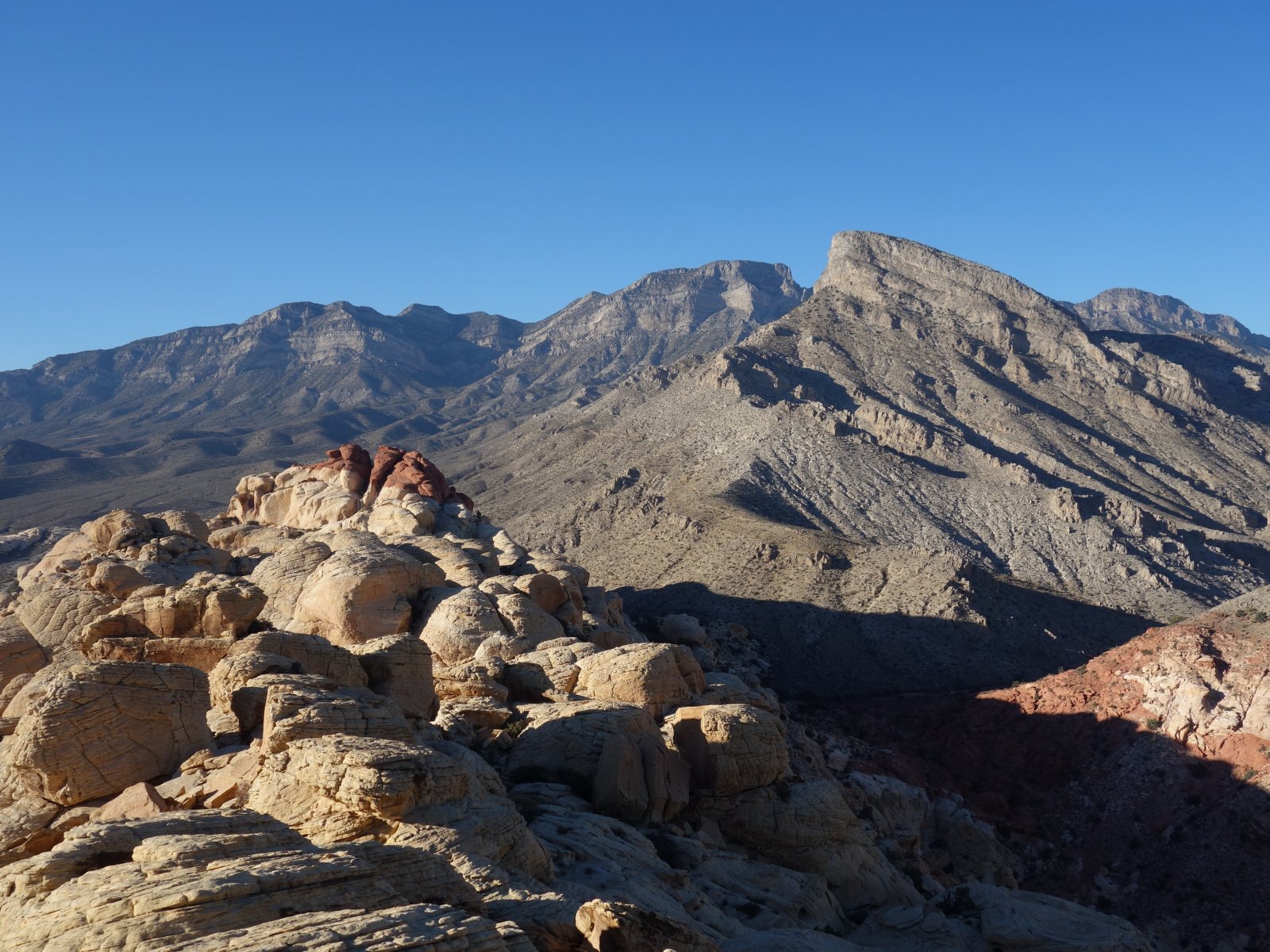 Surprisingly, the descent to the Tanks Trail was easy on a big diagonaling ramp all the way down to the trail. I was expecting complications. This put me right before the West Peak 4850' climb. After Calico Tank Peak, the route up the North side of this one was fun Class 3 up a diagonaling right blocky gully to a fine short low angle open book of desert varnish faces. Then work it to the top. An obvious deep dirty brushy gully worked for the descent right back to the trail. Would be easy on ascent. 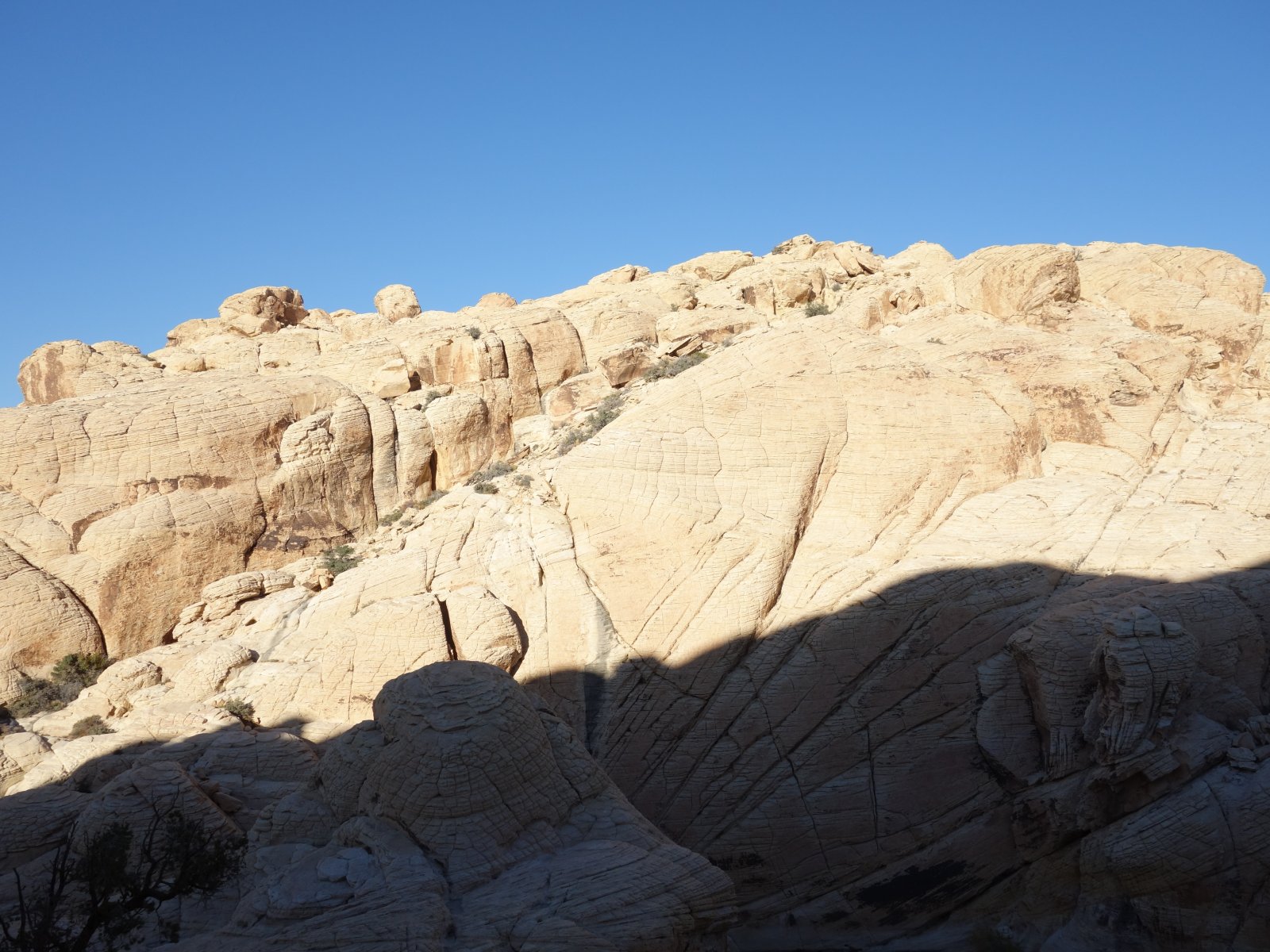 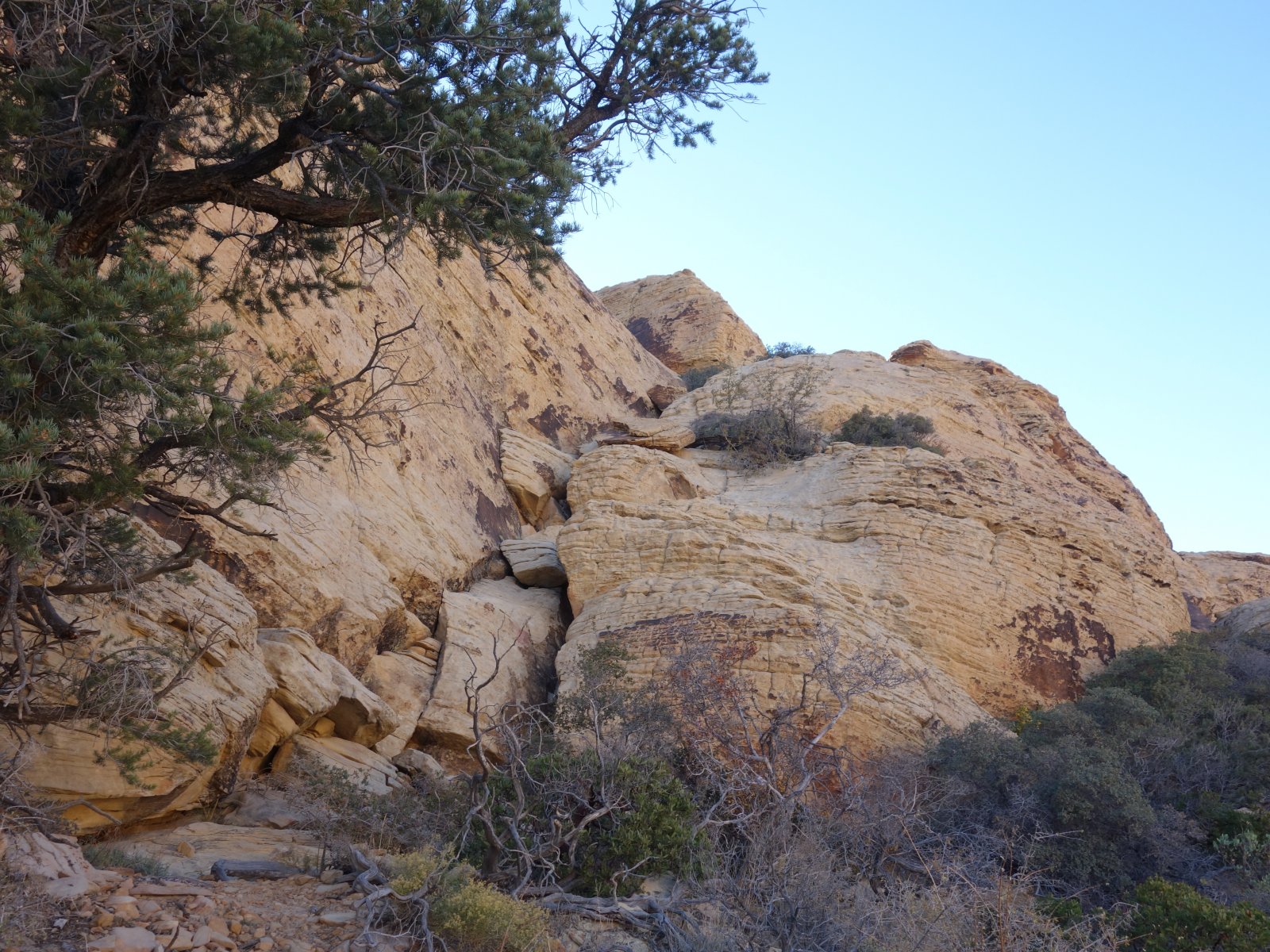 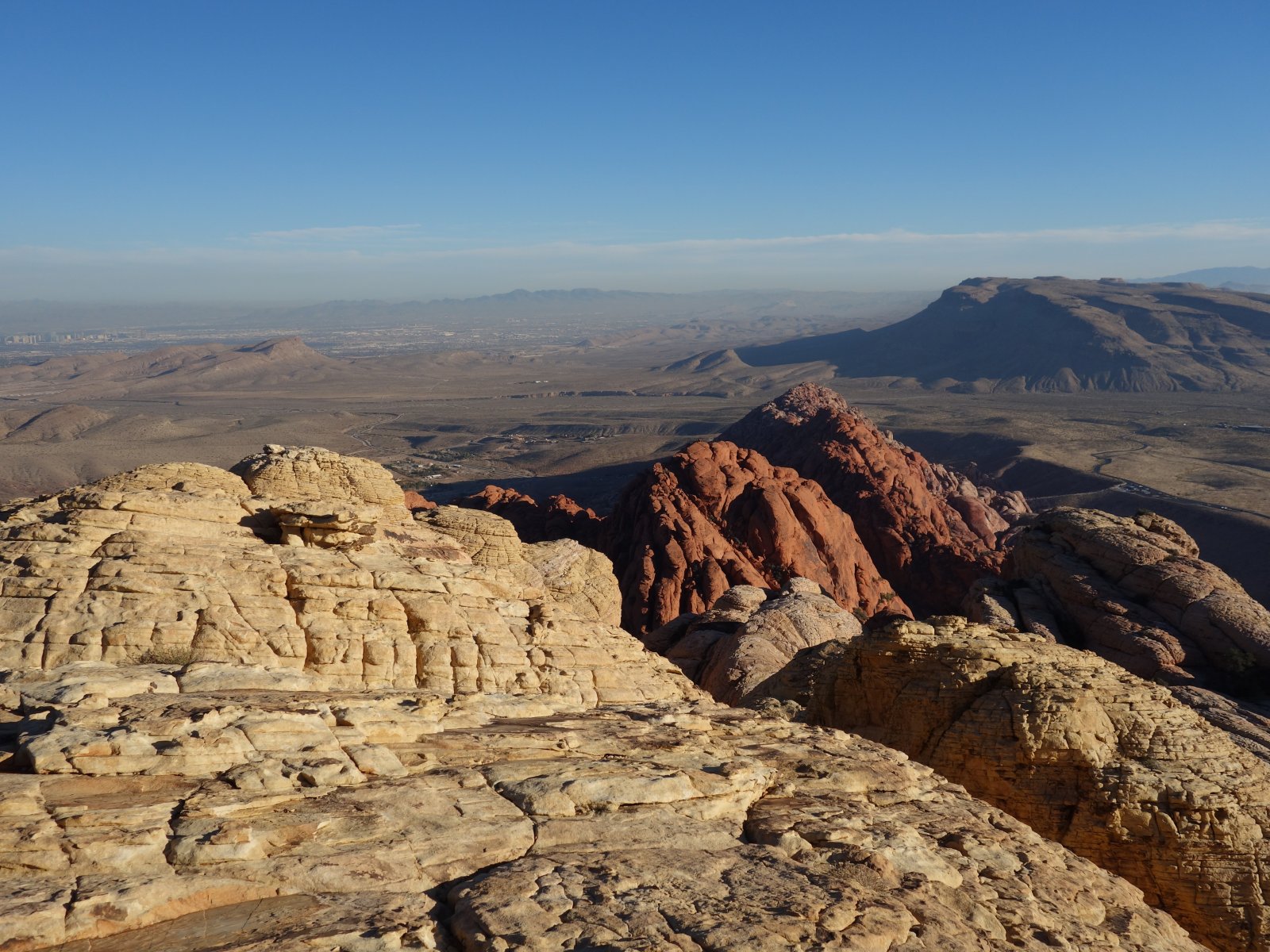 I returned to the TH by descending the Tanks trail and turning right in the unnamed draw back up to the Ash Canyon Divide. Then the Ash Canyon user trail down to the TH. The loose gully descent of this route had me wondering what a direct Ash Canyon descent would involve. Future perhaps? 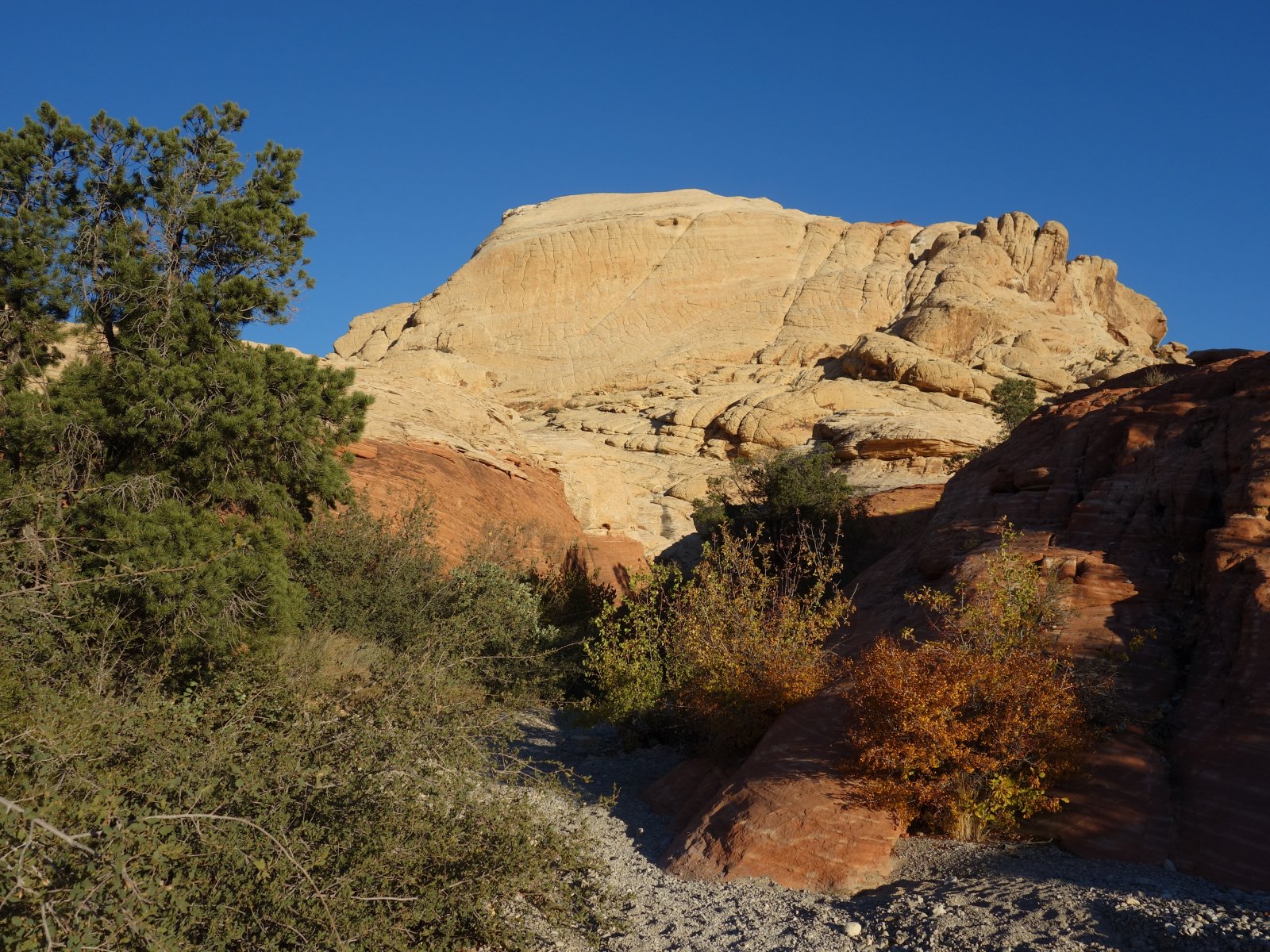 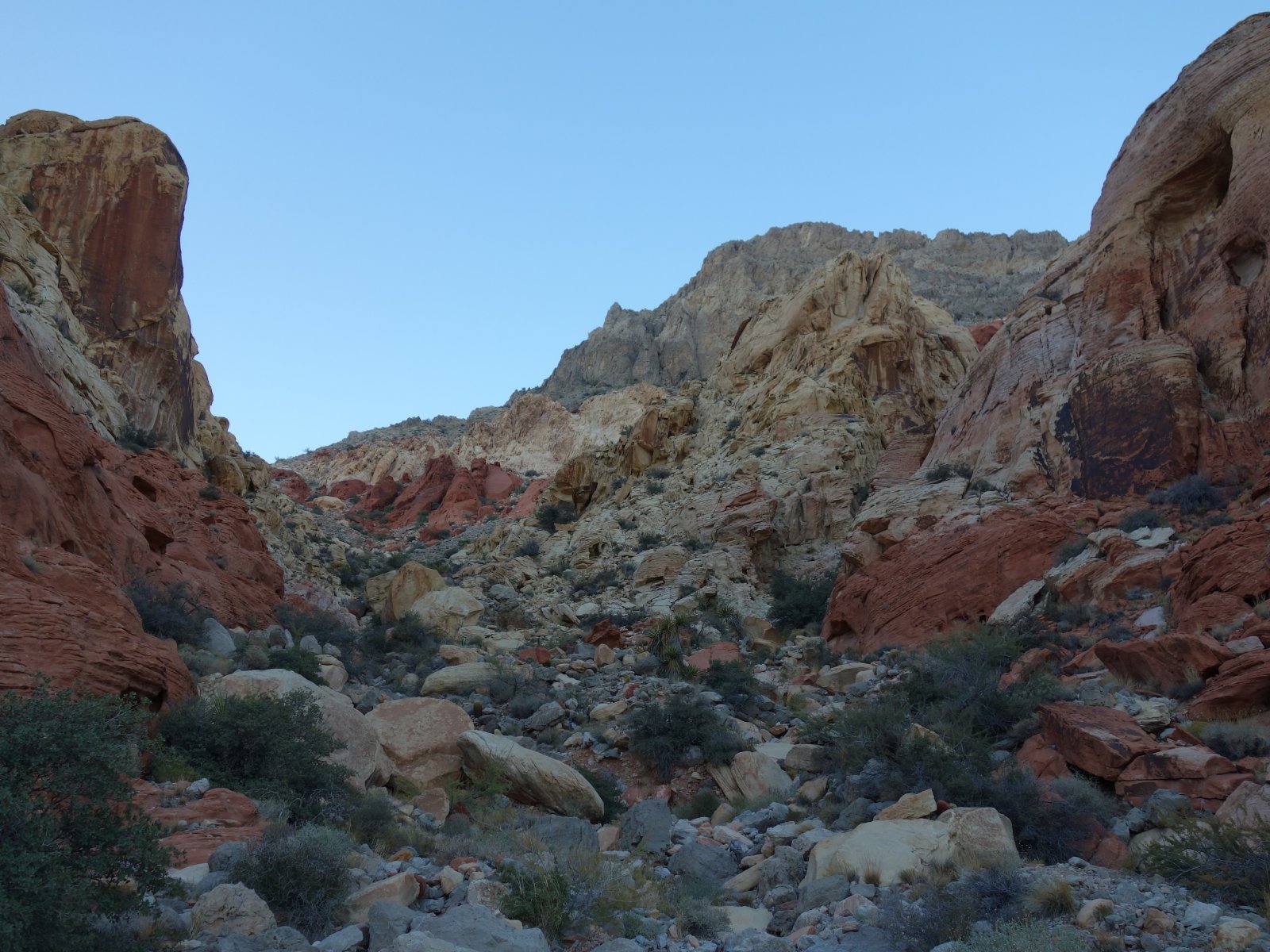 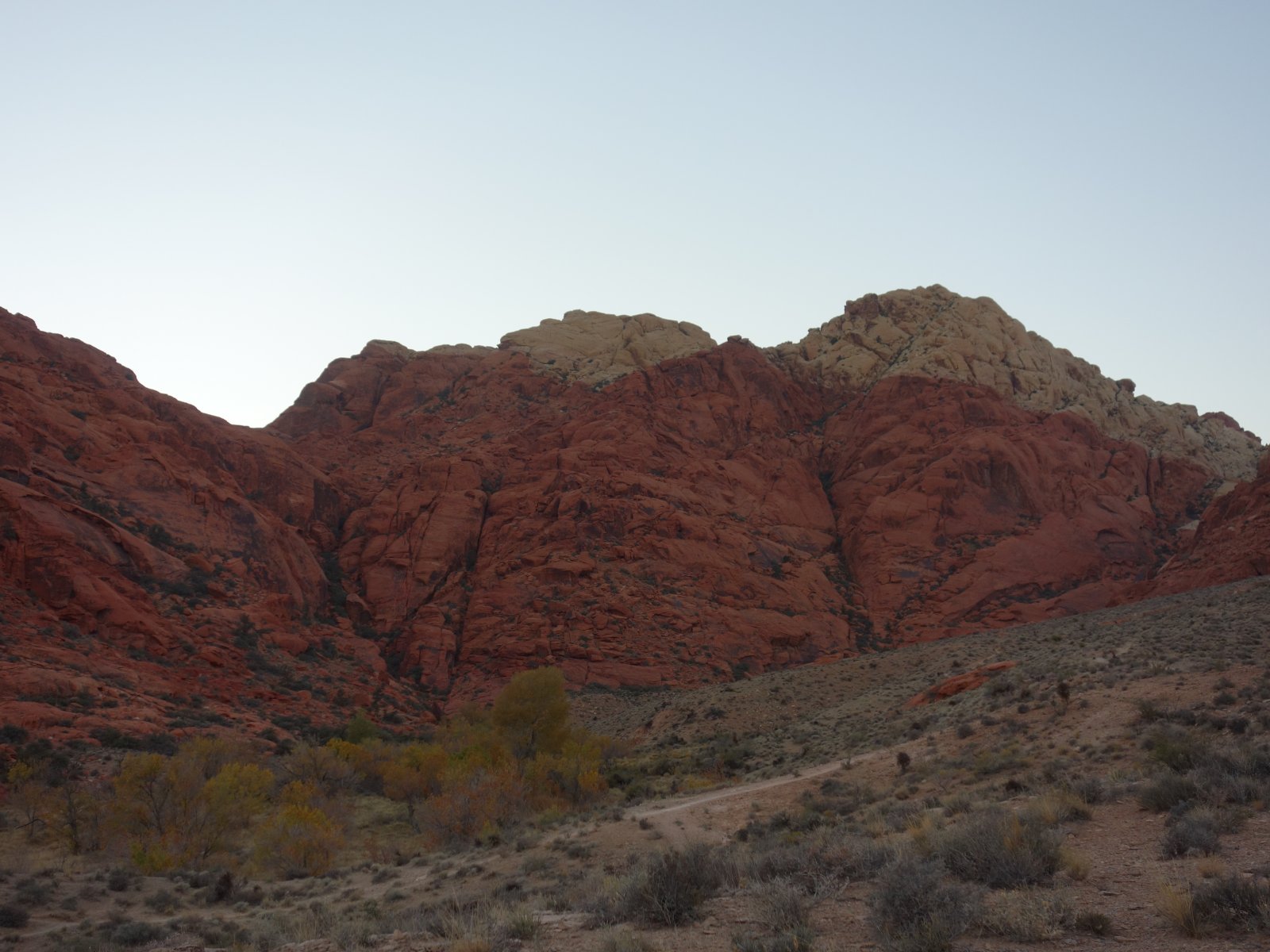 Nov 16: 50 mile gusts predicted proved true so I was lucky just to get this simple scramble Class 2 to the smaller of the 2 White Rock Peaks, known as White Rock Springs Peak 6003'. Apparently the west one is 3 feet higher. Did one Class 3 move coming from White Rock Spring Peak dropping into a notch that could be avoided by a low tread detour. A nice little easy Class 2 scramble otherwise. Aborted the traverse to White Rock Peak due to high winds of up to the 50 mph gusts! My tent poles were bent and tent laying sideways with broken guy lines when I got back to the campground. 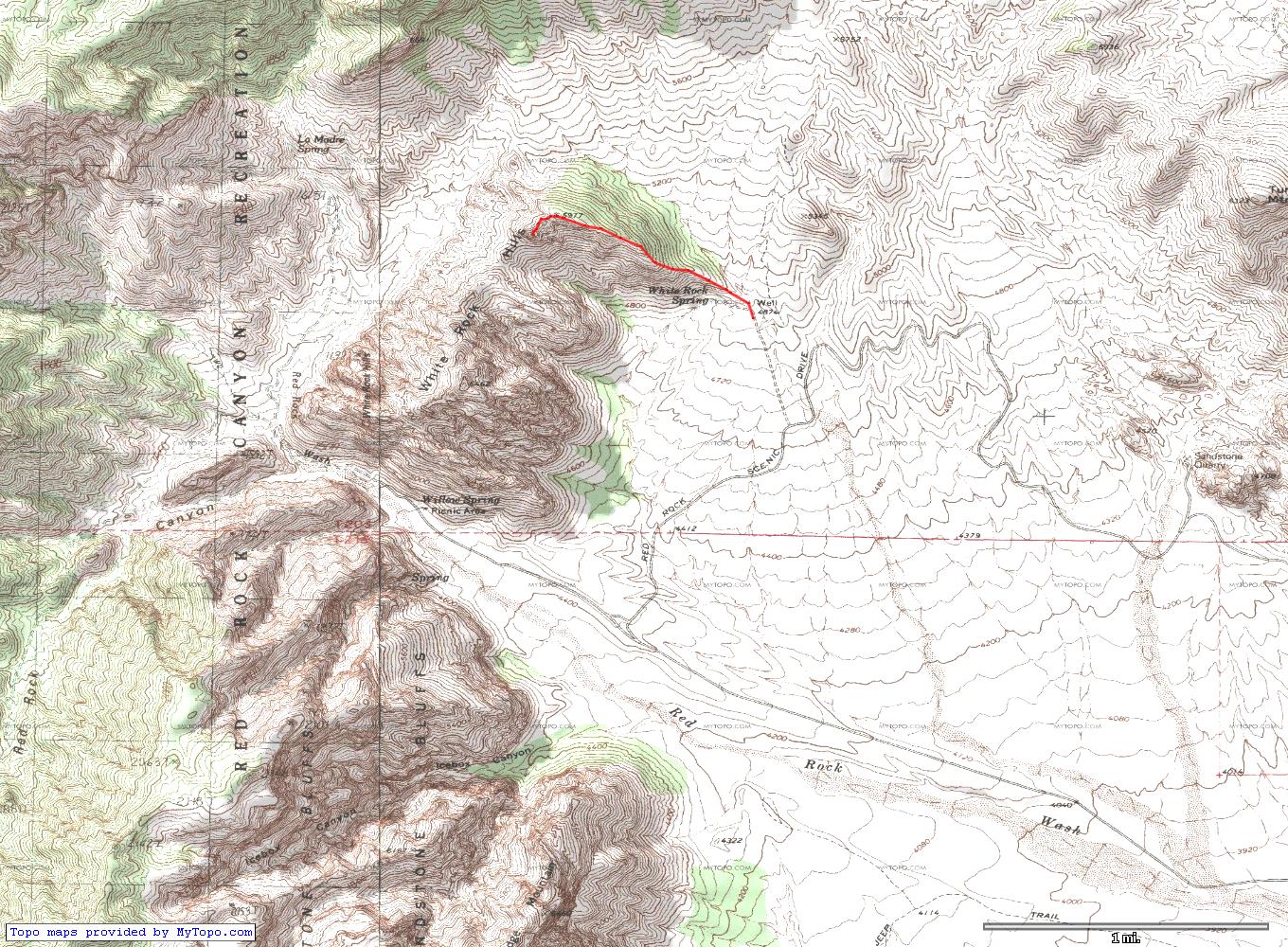 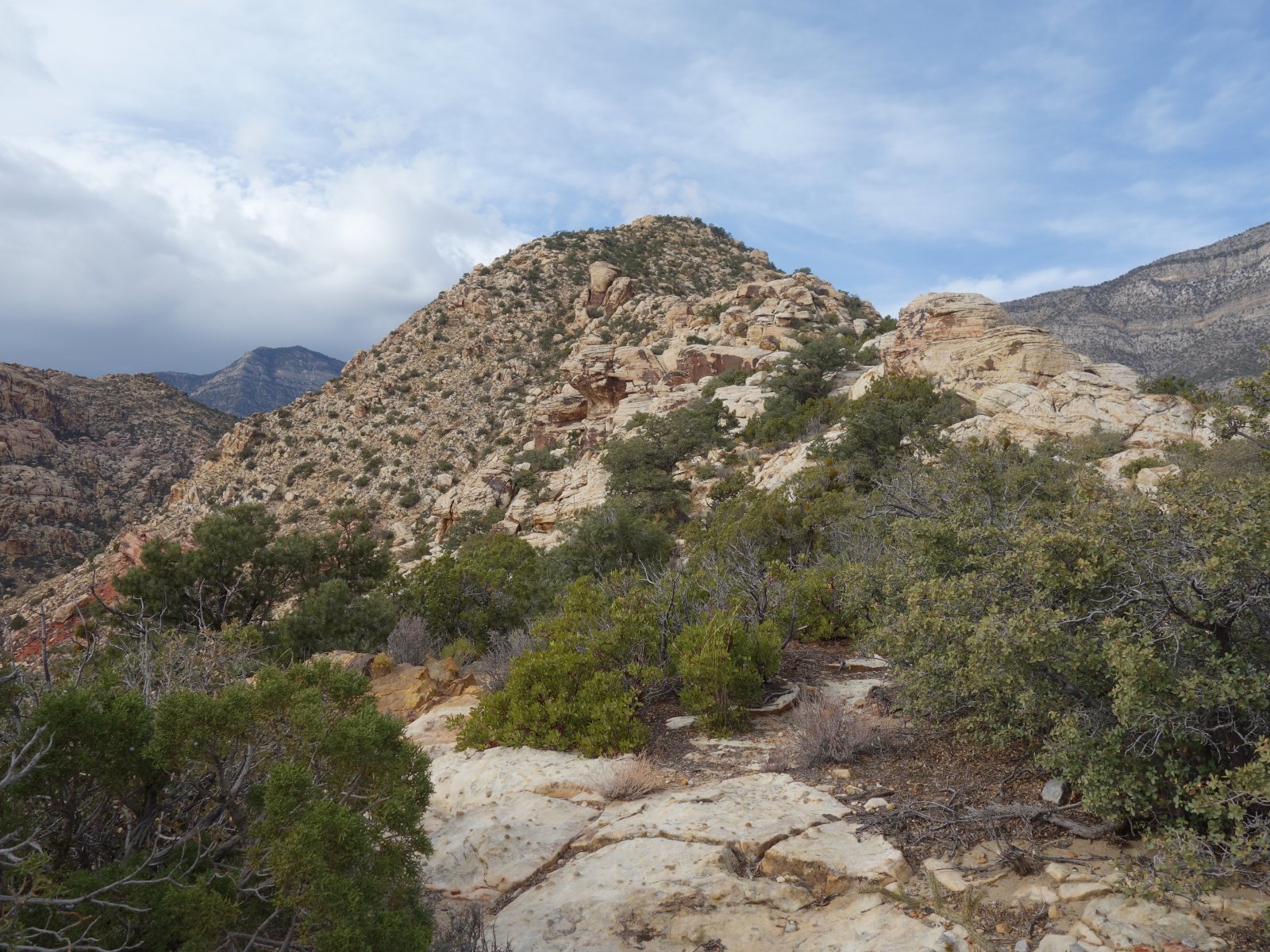 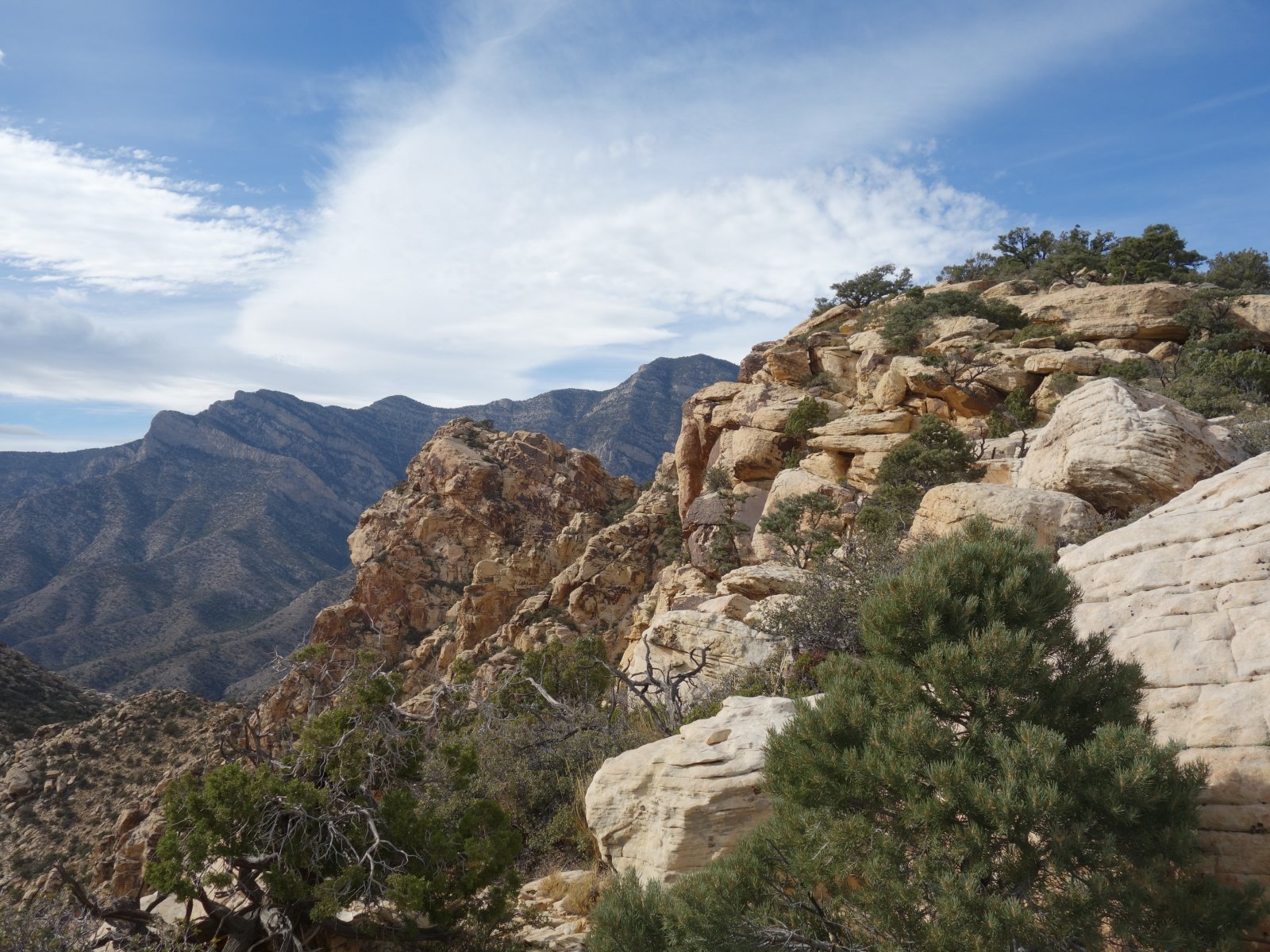 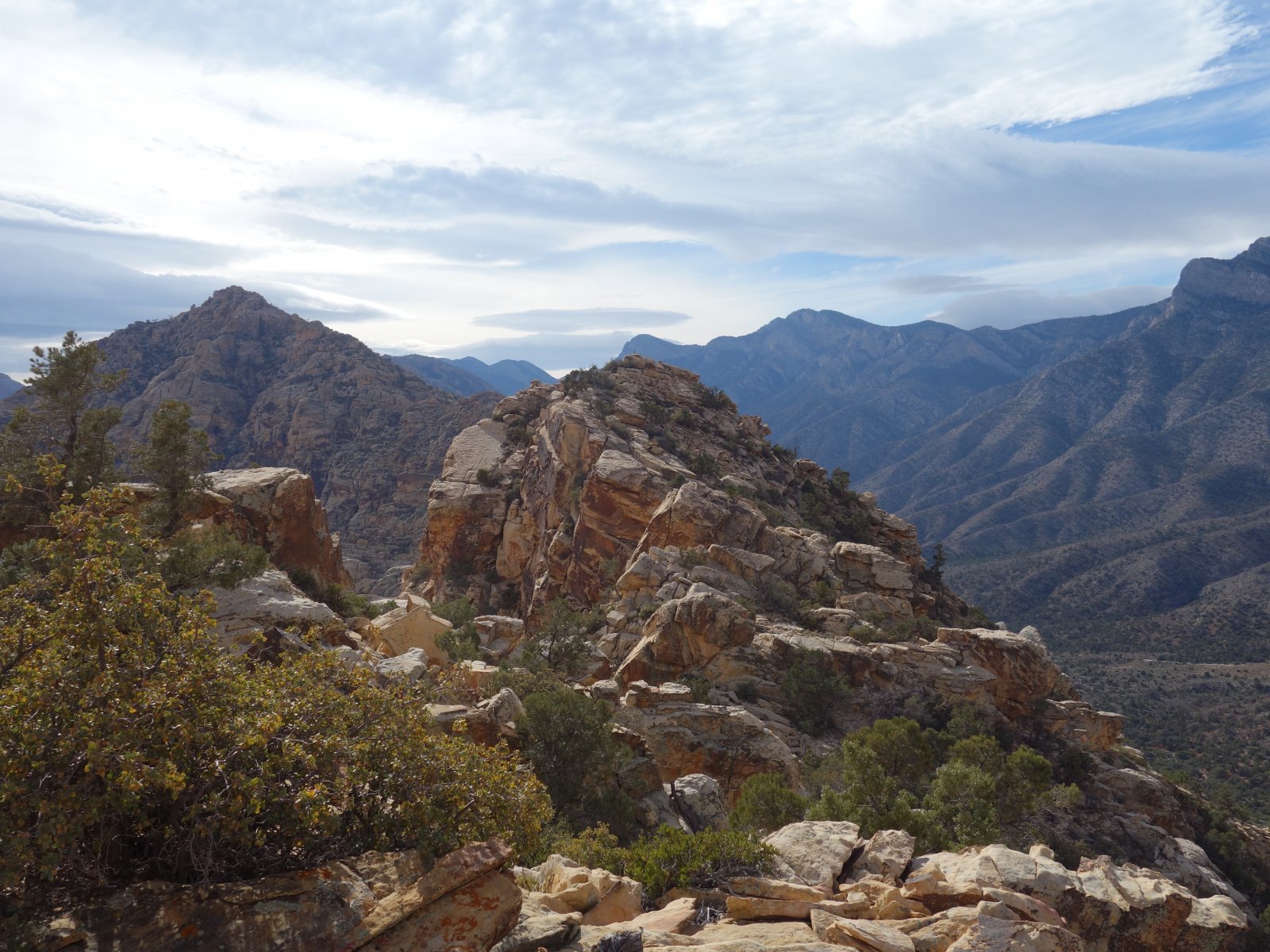 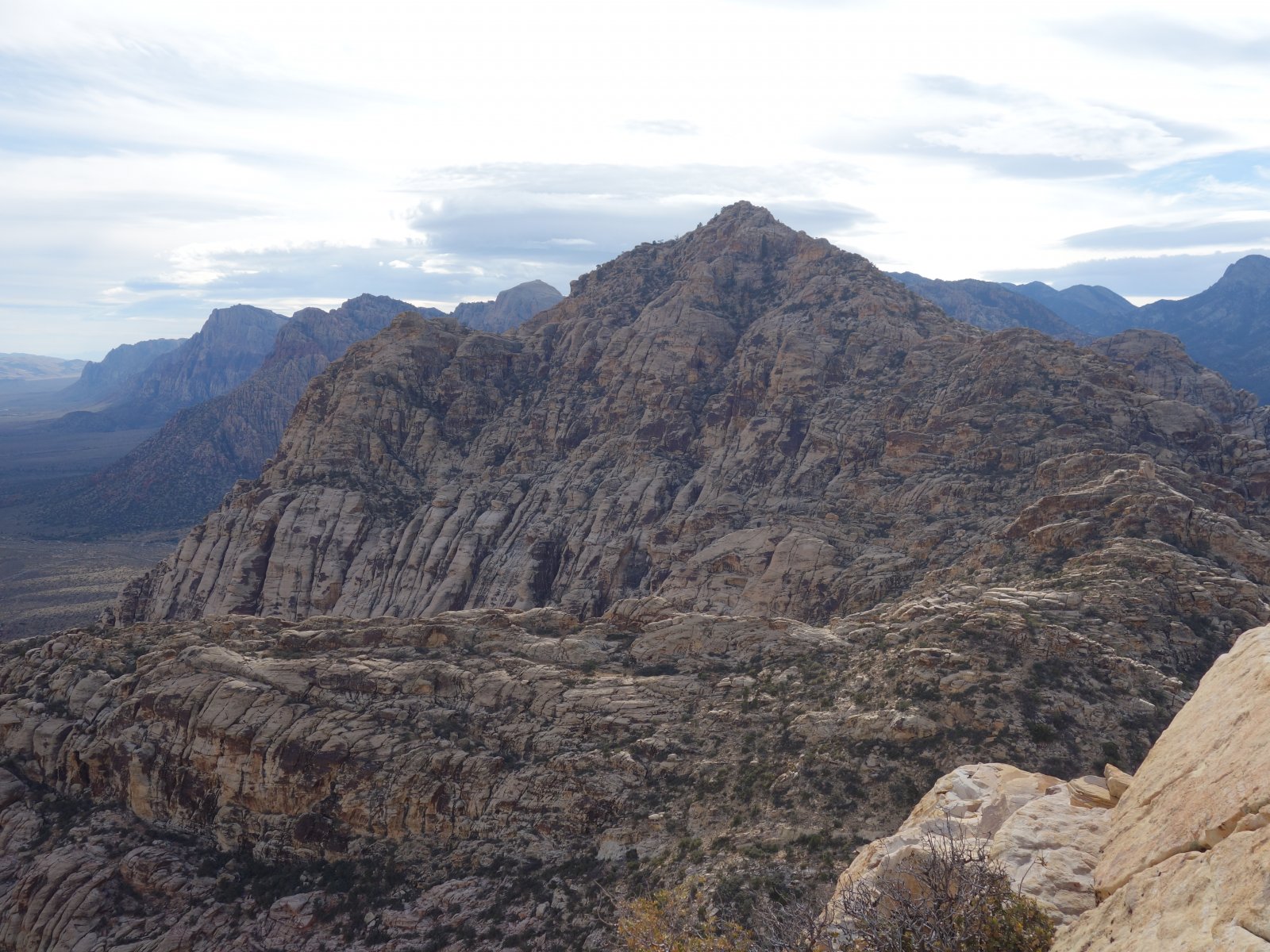 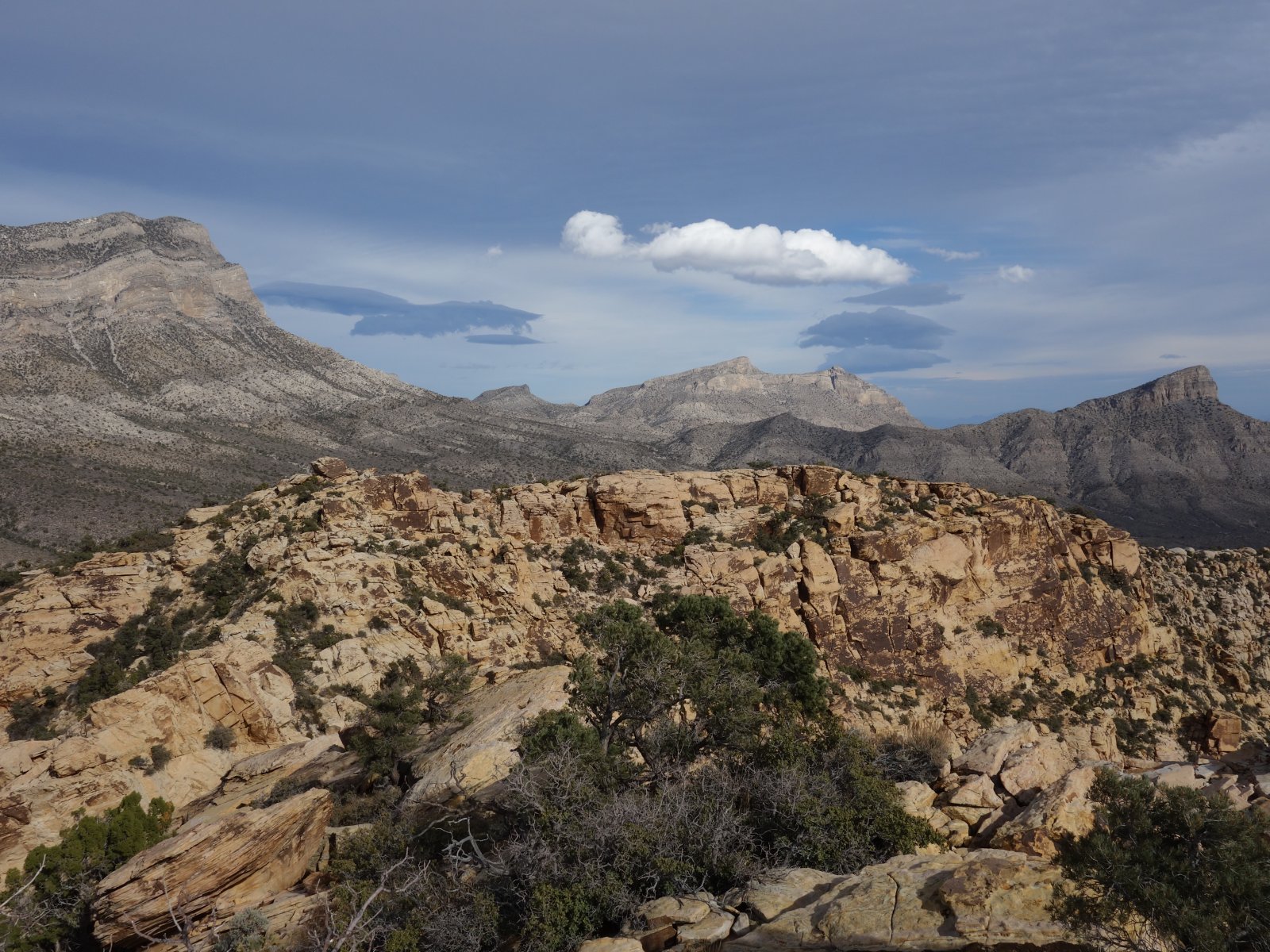 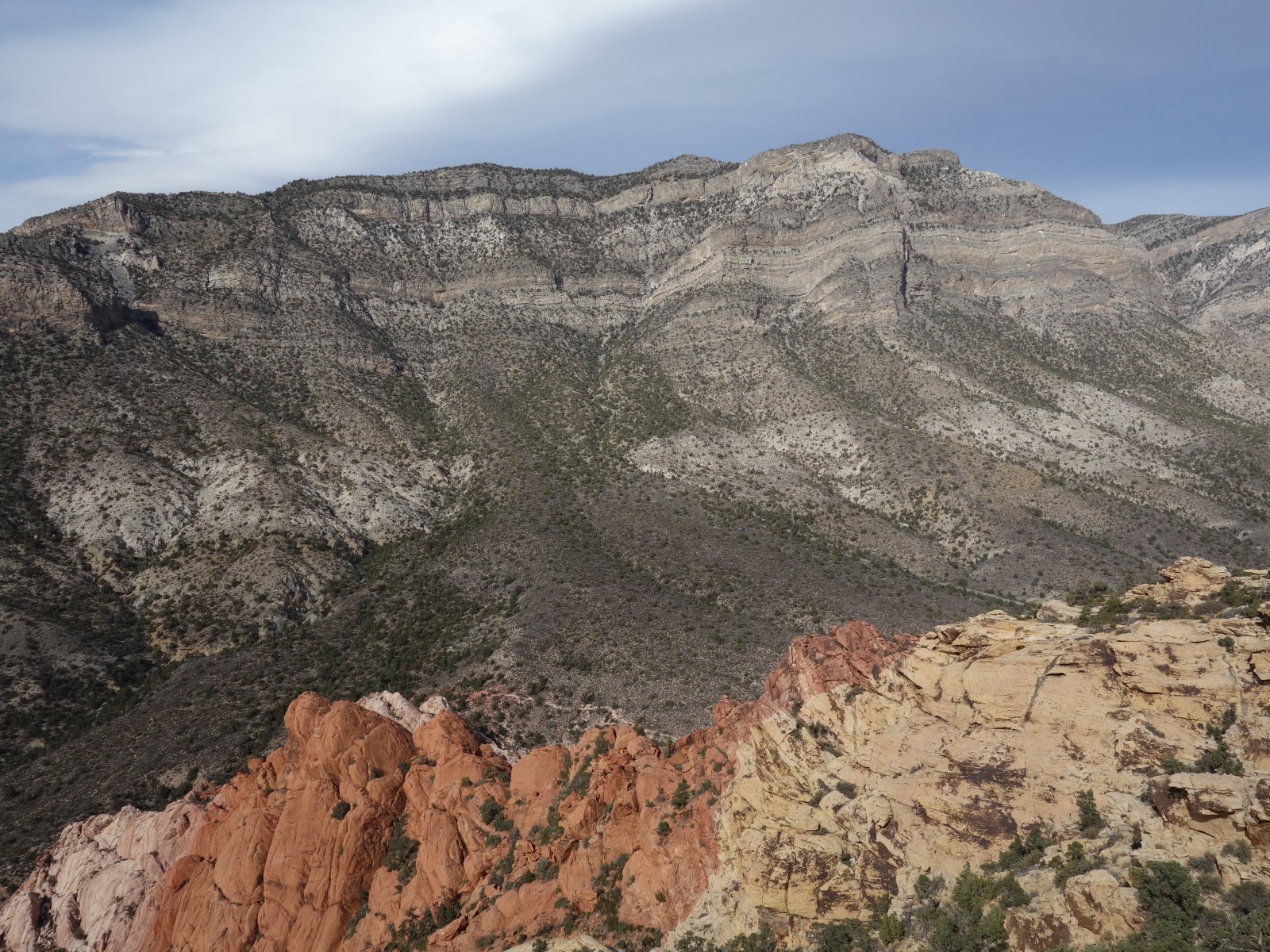 Brief Class 3 step to get to highpoint: 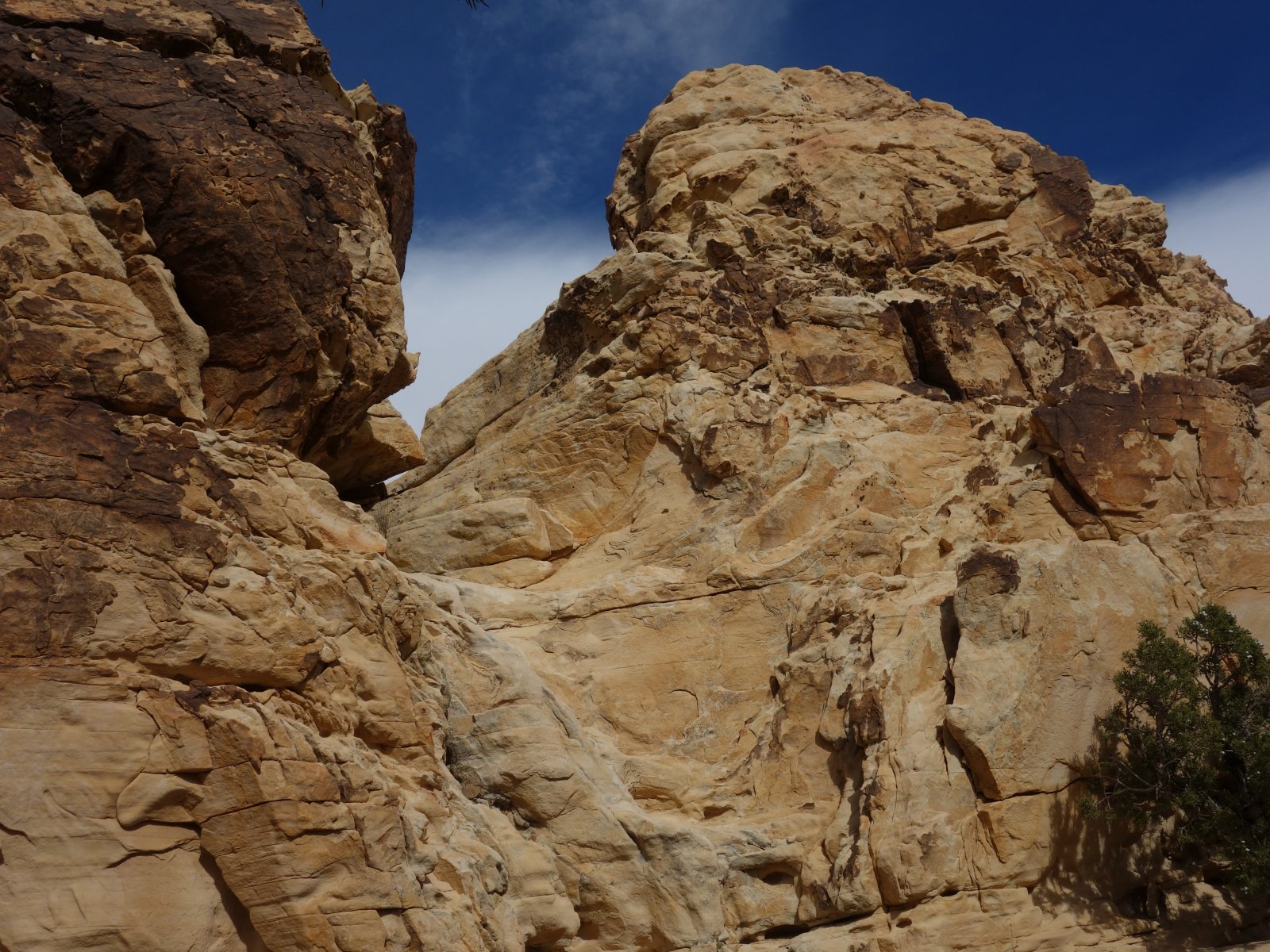 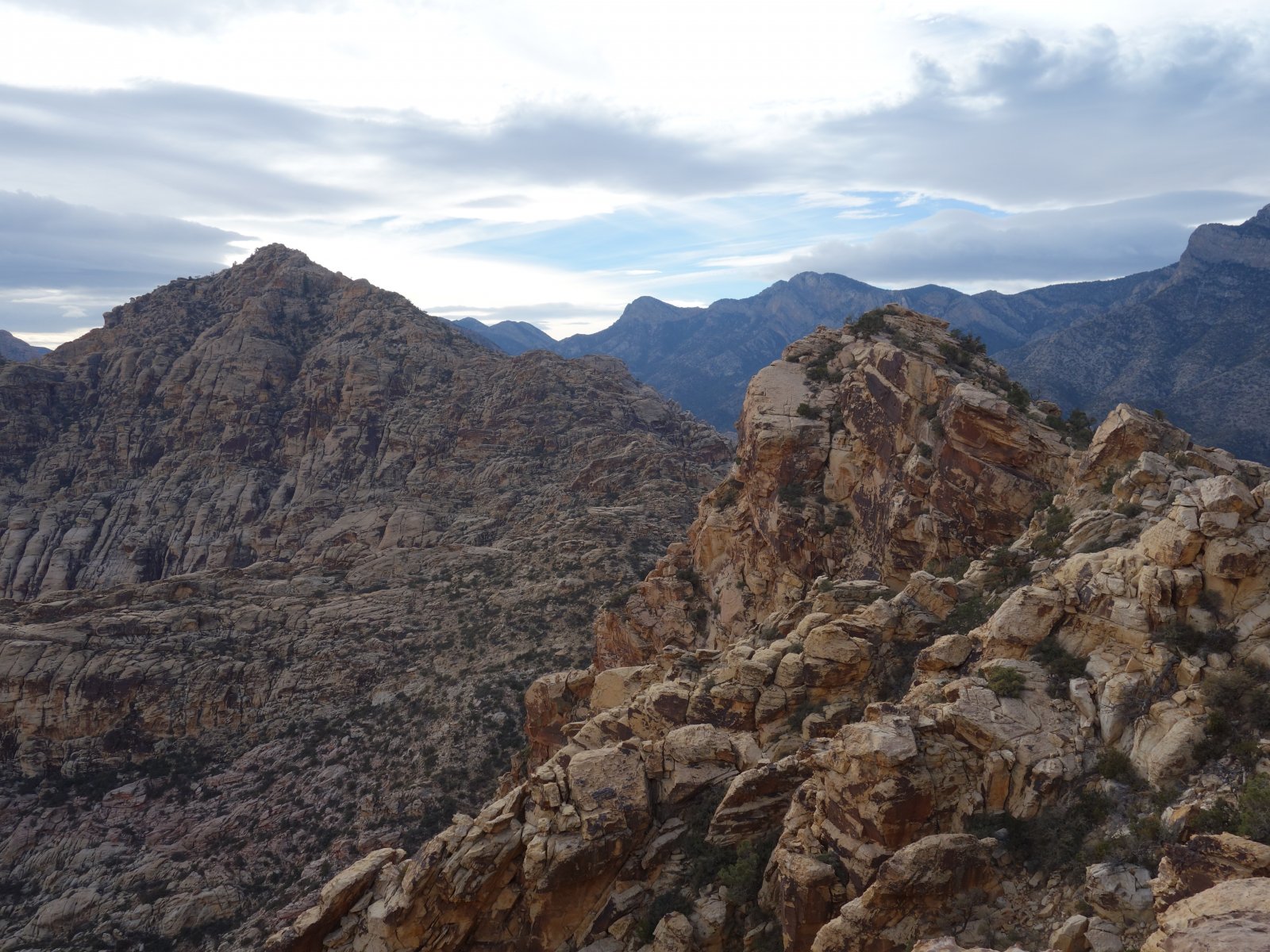 The traverse from yesterday: 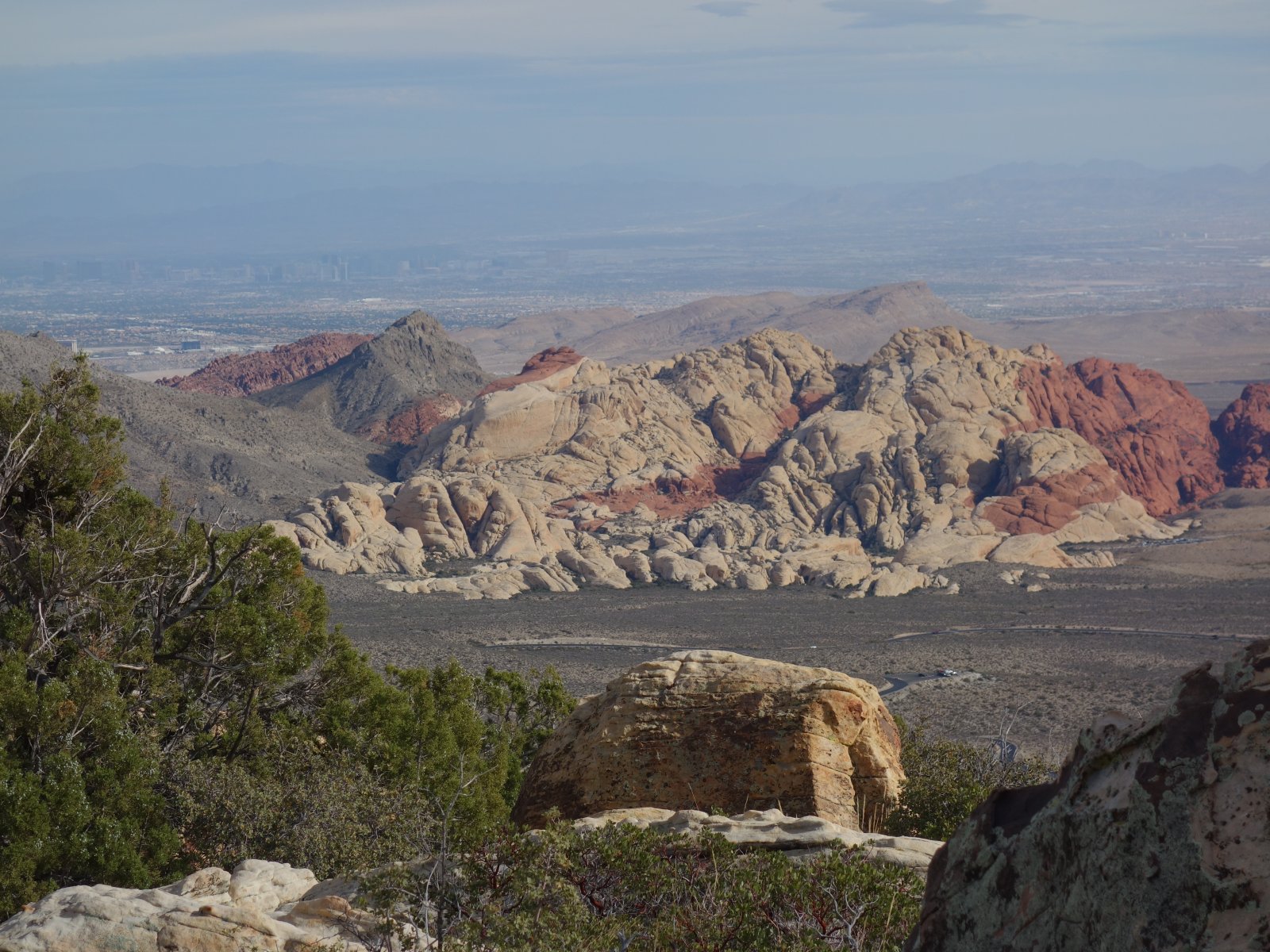 Last edited: Sep 28, 2018
You must log in or register to reply here.
Similar threads