Quandary Peak is a 14er a few miles south of Breckenridge. With a forecast for a spring storm heading in the night before, we planned to get up it and hit the bowls which would be loaded up with wind blown powder. I drove under bluebird skies to the trailhead. Bluebird skies. Everywhere west of the divide. Perfect, beautiful, cloud free skies... 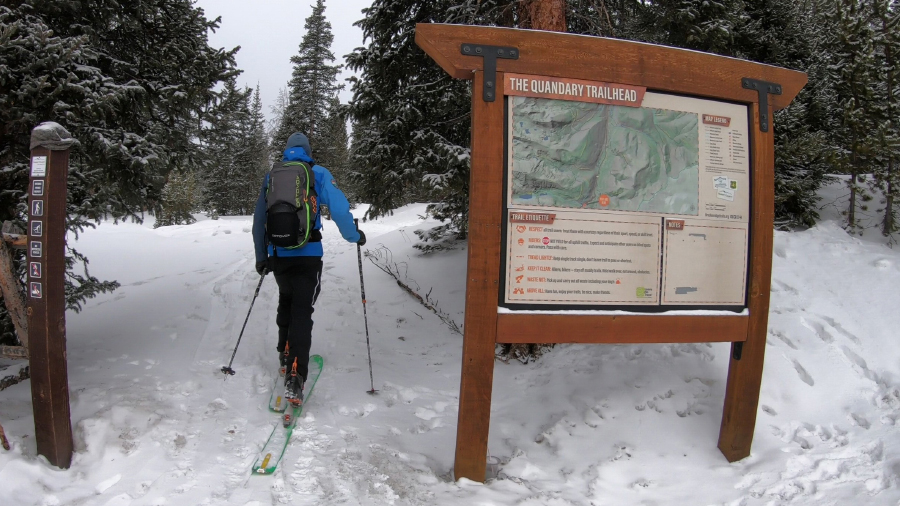 It hasn't been the biggest snow year and the melt has gotten off to an early start. Trail was a bit scuffed at the start... 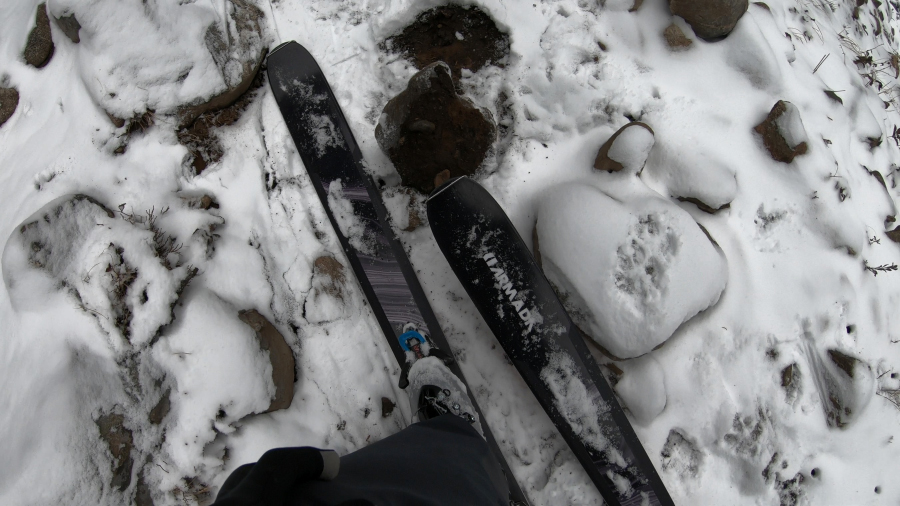 But soon enough we were skinning up through the trees. Very pretty with the snow covering the trees and no one else around. 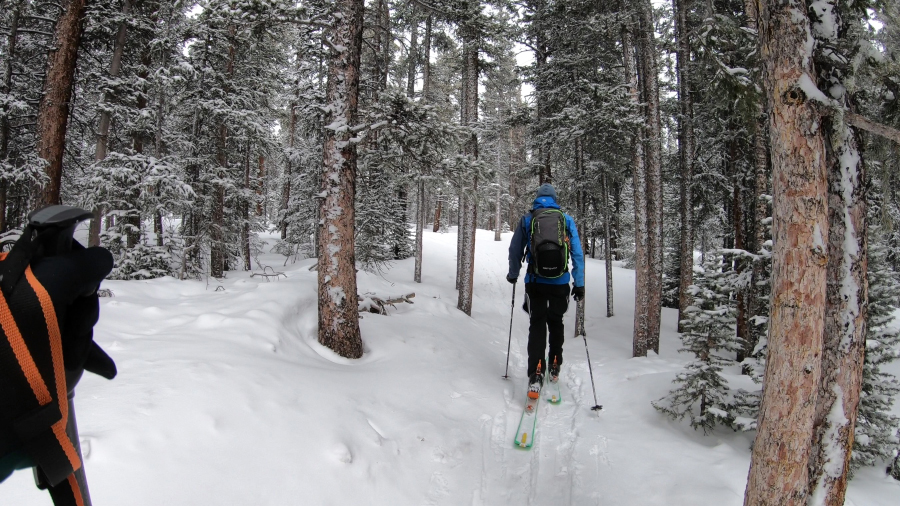 With the trees thinning out, it became apparent that the bowls were the one patch of ground not basking under those pretty blue skies. Seemed to be a combination of one low cloud and ground fog coming off the new snow. Even some pretty gusty winds didn't seem to be budging it. 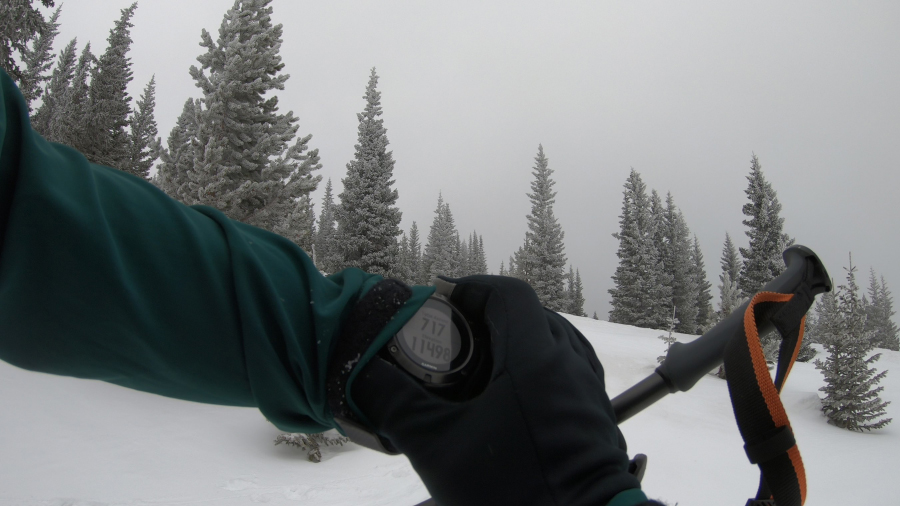 A bit further up one well-geared grumpy fellow and his under-geared pleasant friend were heading back down. "Can't see shit, no point in going further" was the beta. 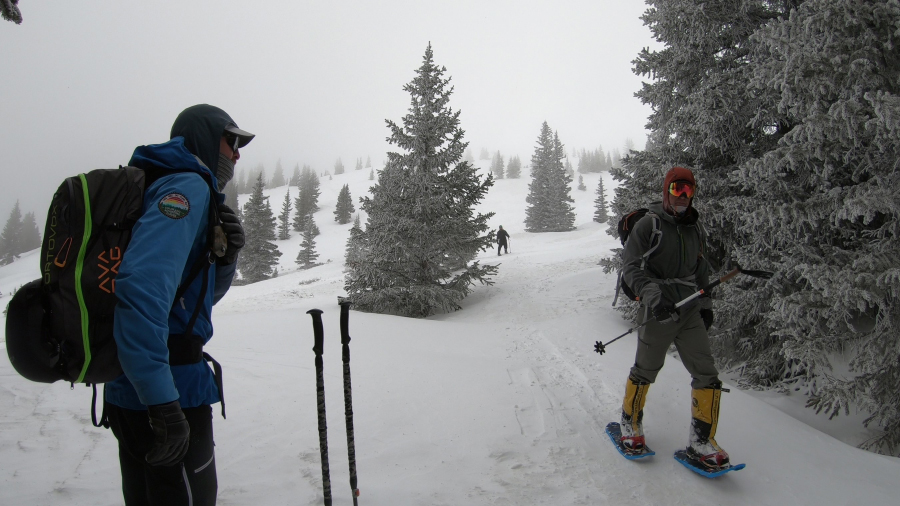 We pushed on but it was obvious that we weren't going to be making it up much further. 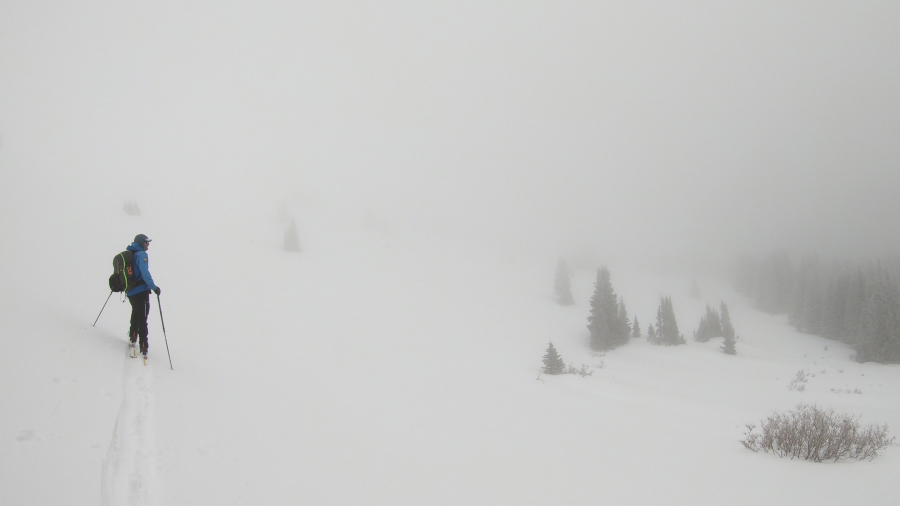 This is me telling myself that every situation has some value so suck it up and try and learn something. Maybe I should learn to heed the advice of random passersby's? 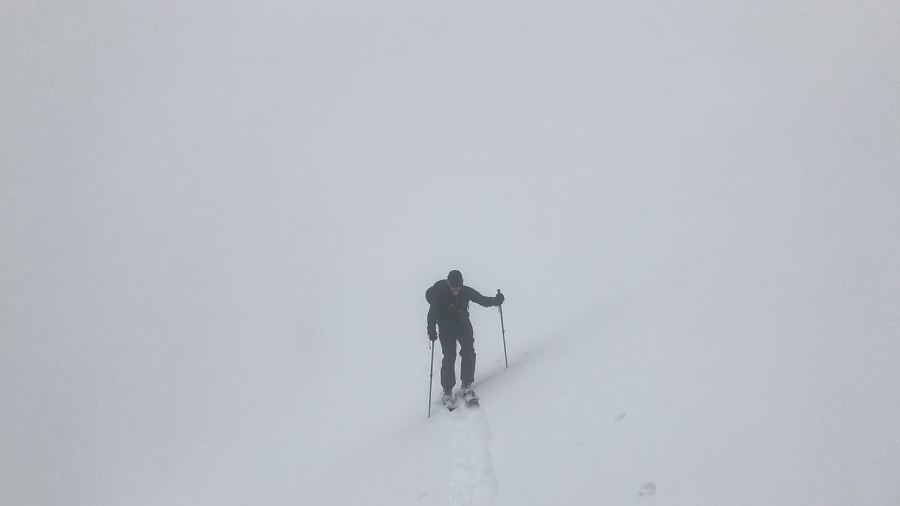 Around 12,200 we called it. Skiing blind sucks and for every ripe patch of deep powder we passed through there were random patches of chunky ice chowder waiting to jump out of the fog and take a bite.

Really a bummer because the snow was great and the base had firmed up to the point there was no need to try and transition while balancing on one ski for fear of sinking up to your waist. 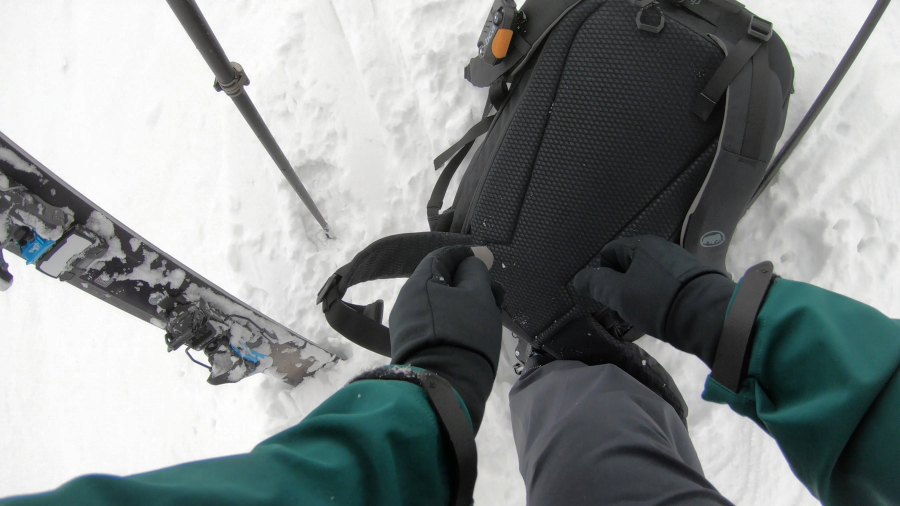 This isn't me looking at my skis, this is me making turns while trying to differentiate between ground and sky. 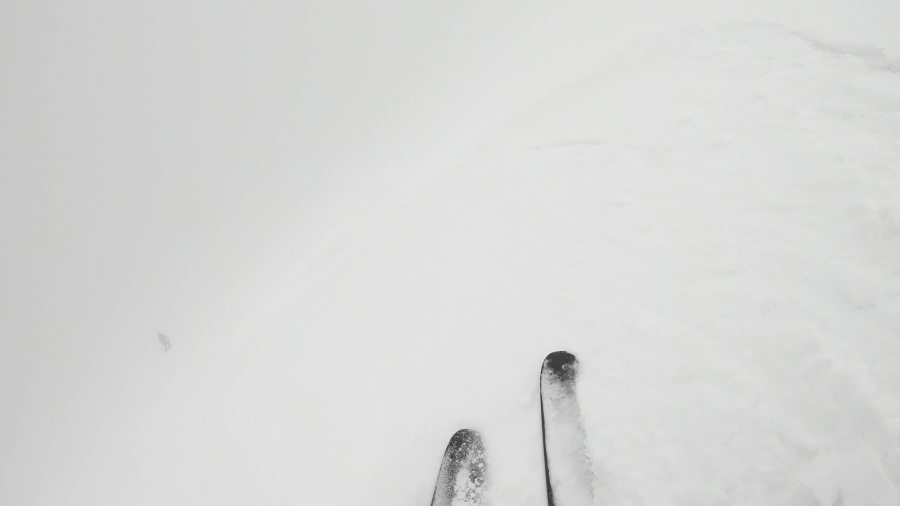 It's a very strange thing having all frame of reference removed, being unable to tell if you are stopped or still moving. Fortunately the fall line in the lower bowl is fairly obstacle free. 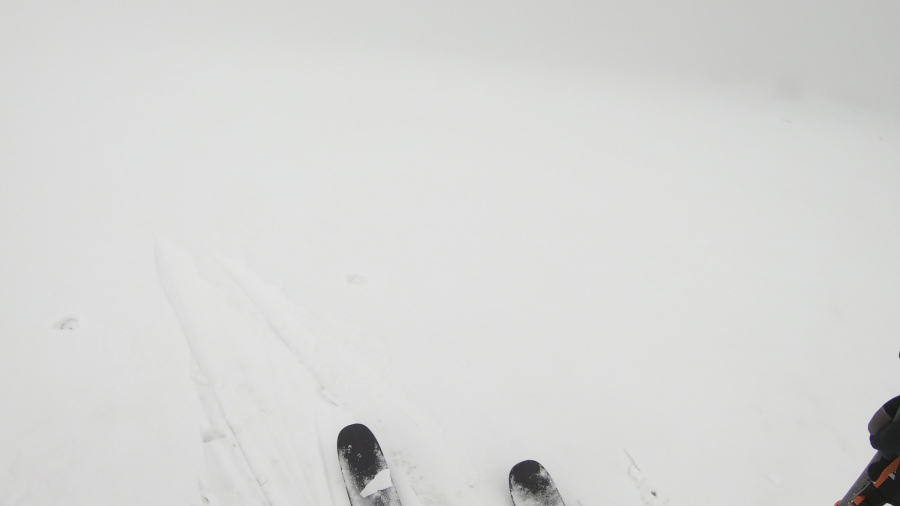 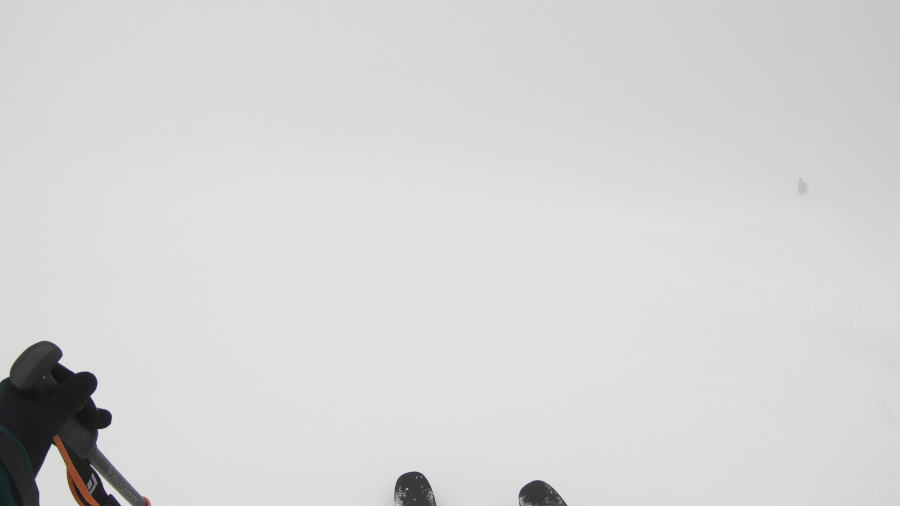 Never been so happy to see some trees! 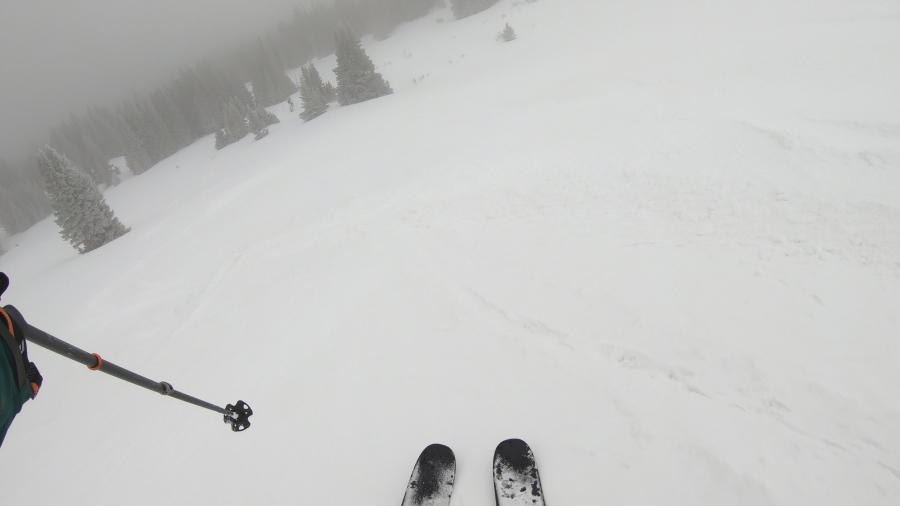 Time to get after it! 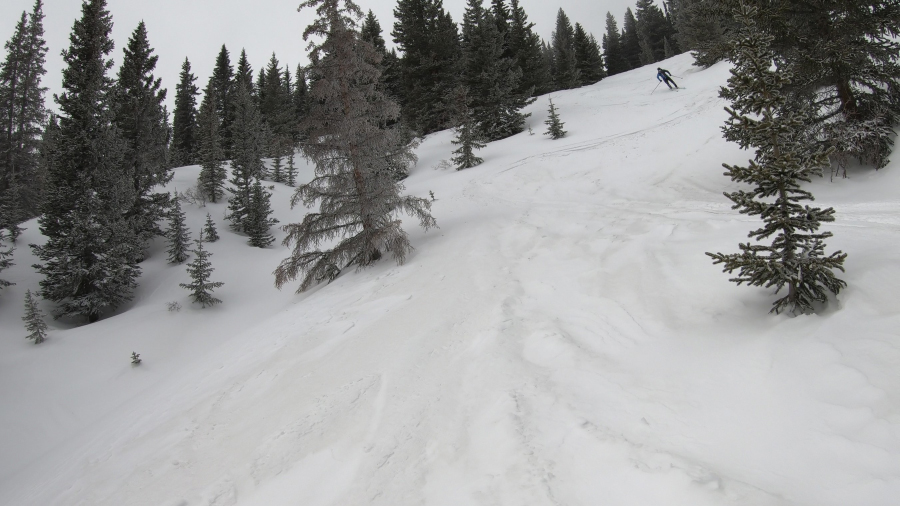 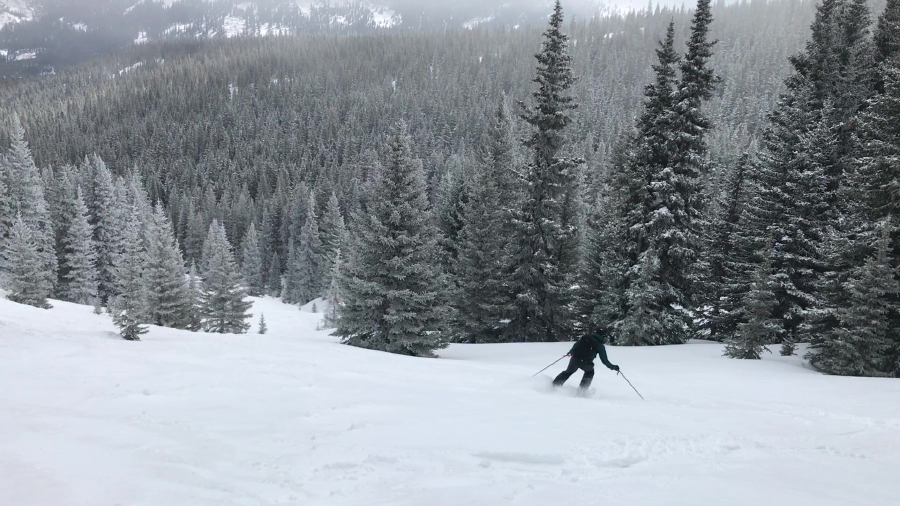 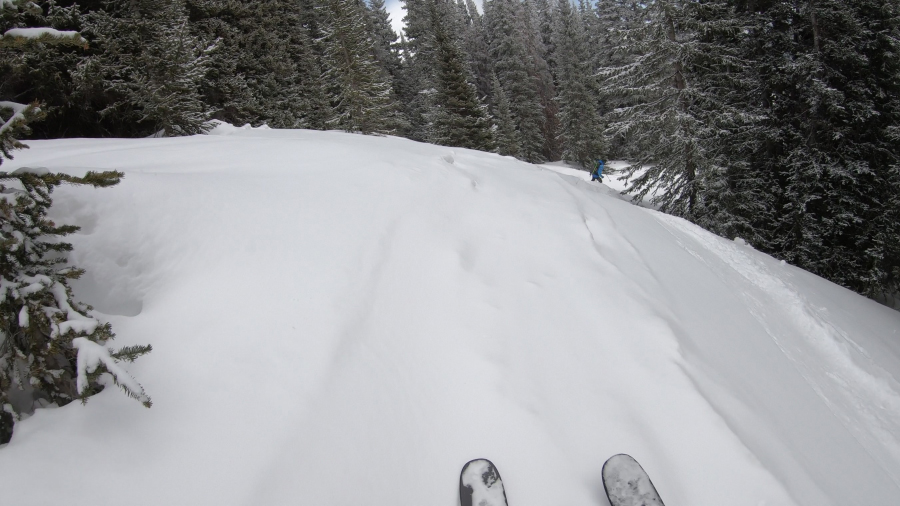 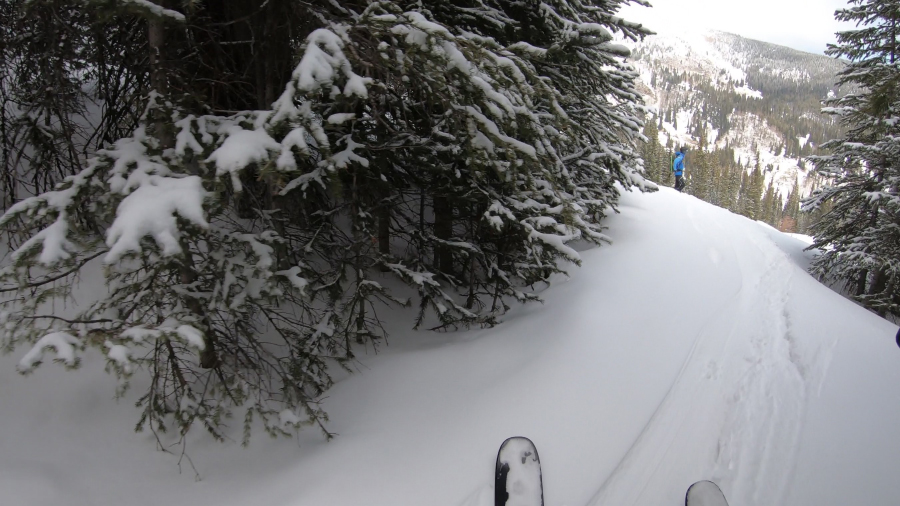 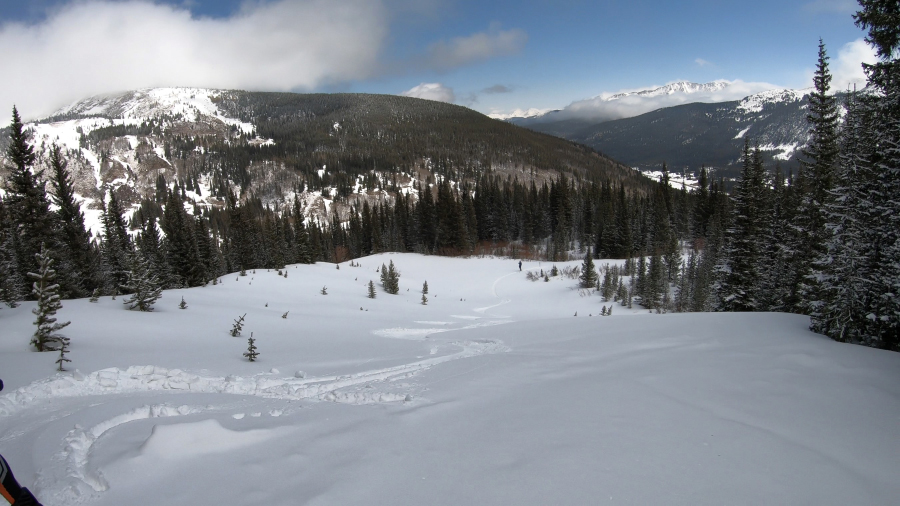 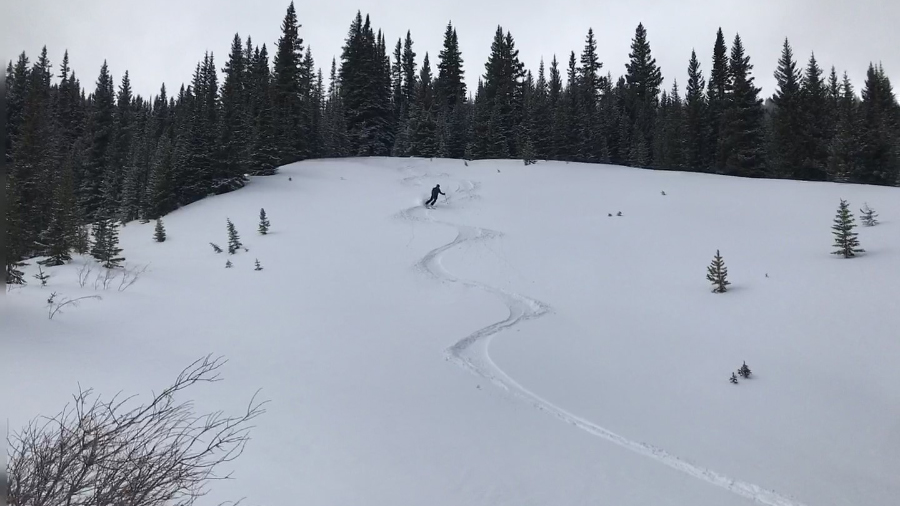 We were down and no one felt like skinning back up just to suffer through it again, so we headed back out to the trailhead. 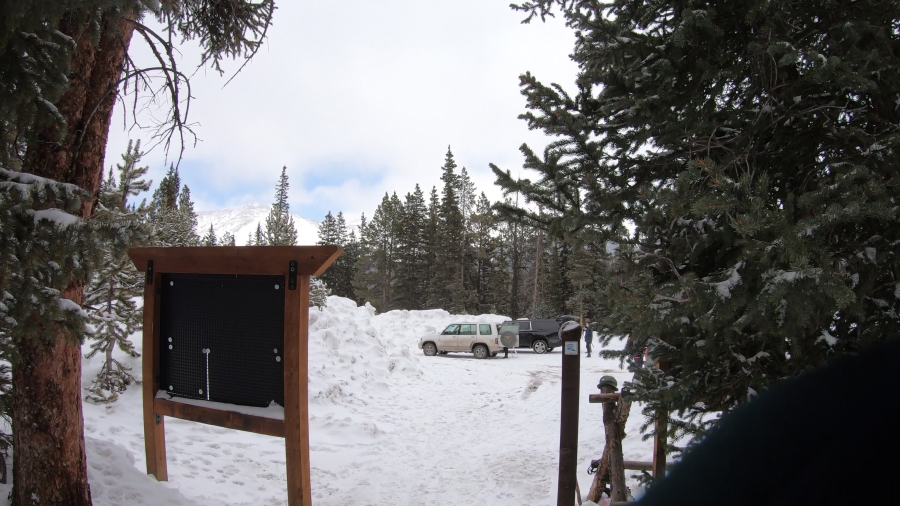 You go in with a plan but nature sets the agenda, but overall it was still a fun morning. And if you didn't end up on the evening news it couldn't have been that bad, right? 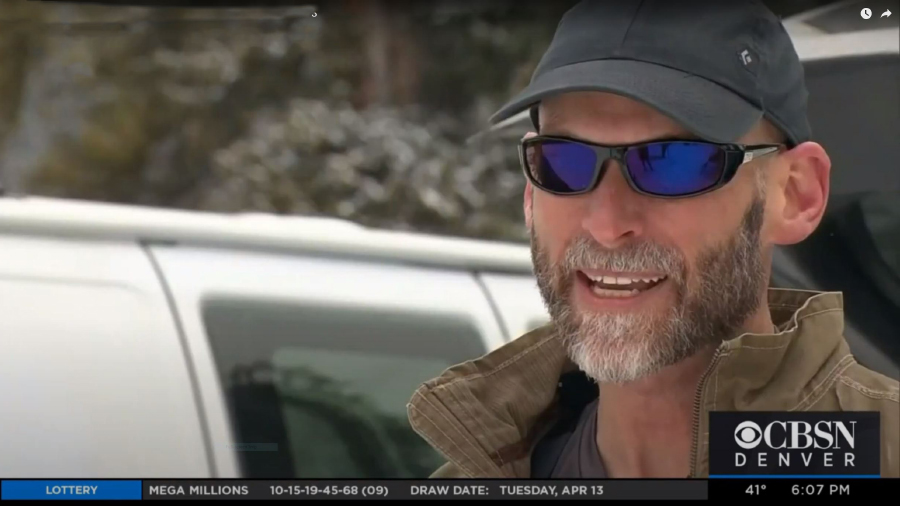 Well we did end up on the evening news! Lol. You can see a reporter and her camera guy unloading their stuff out of the black suv above. They were trying to get opinions on ideas being floated re: trying to get some sort of control over the insane crowds showing up at places like Quandary.

We gave our two cents, but I was very disappointed to see they left my best response on the cutting room floor.

When asked what I thought the solution was to this or that, I couldn't help but deadpan "Well, that's quite the Quandary"....


Last edited: Apr 15, 2021
Here we find Nature to be the circumstance which dwarfs every other circumstance, and judges like a god all men that come to her.

I've never been in a whiteout, but I think I'm more terrified of whiteout conditions than anything else in the outdoors. Probably to an irrational point. Anyway, I've done Quandary twice (both times on warm winter days) and both were extremely crowded. I can't even imagine the crowds during the summer.

Had me laughing out loud with your last line. What a shame they didn't air it. And what wild conditions! Hard to imagine skiing with such low visibility.

My friend and I got whited out on late season climb of the NW Face of Little Bear (originally planned to do LB > Blanca) when a freak storm rolled through. The visibility was so low, we ended up having to look at the photos I had taken from the base to match up features in direct proximity to work our way down. The terrain was sketchy (snow over verglas), so it was slow going. Needless to say we were ecstatic to reach the base without a shiver bivy.
You must log in or register to reply here.
Similar threads