I was doing some digging around about Zion NP Research Natural Areas this weekend based off a note in Courtney Purcell's Zion NP Summit Routes book and thought I would share the info since it's buried online and somewhat vague. Previously I knew about Parunuweap from Joe Braun's site, but not the others and I've seen various TRs (on other sites) where the authors unknowingly hiked or put up a climbing route in the RNAs.

Shune’s Creek: Shune’s Creek Canyon below the Navajo Sandstone cliffs along the southern boundary of the park, excluding the administrative zone around the water right diversion.

Goose Creek: The sandstone slot canyons of Goose Creek, which drains east from Lava Point and Horse Pasture Plateau. A five-mile long tributary of the North Fork of the Virgin River with deep narrow canyons and perennial stream flow in the lower reaches.

Slickrock: An area of slickrock buttes, slopes and traverses, south of Clear Creek, east of Gifford Canyon and around the head of Crawford Wash.

Southeast Pinyon Juniper: An area of relatively deep sandy soils supporting relict pinyon-juniper forests in the southeastern most corner of the park. 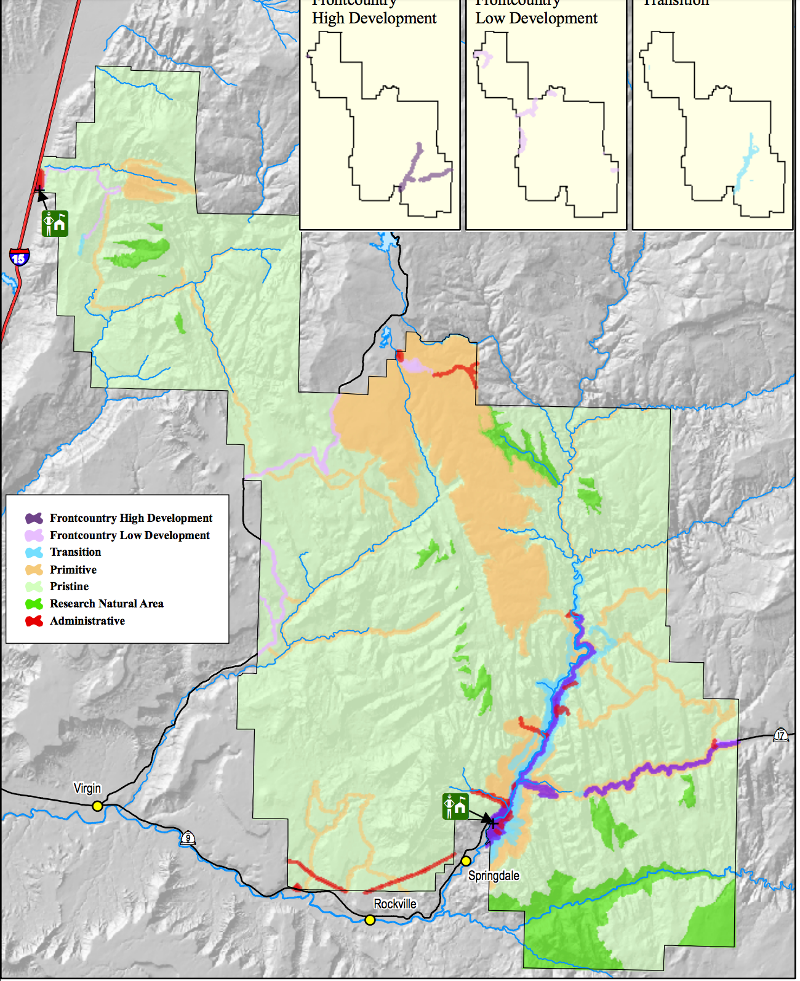 Thanks for finding this and sharing. As far as maps goes Joe Braun also has been my best source for when one of his routes comes near a Research Area. When I went to Parunuweap Pass I saw some people on the top of a peak to the west and thought "I don't think they should be there." When I saw where you got to, above Gifford I, was thinking you were on the fringes of the RSA (as with Paranuweap Pass). But connecting those two points is closed..(?) Have you ever gone up the canyon at the Court of the Patriarchs and seen that ladder? It is a hanging garden but doesn't seem included specifically in the link you provided. I have seen a picture of a person repelling right by it.

As far as I can tell from the map, much but not all of the Jenny Peak ridgeline is closed. It would be nice it were overlaid on a USGS topo. I haven't been seen that ladder or explored that area behind Court of the Patriarchs.

fossana said:
As far as I can tell from the map, much but not all of the Jenny Peak ridgeline is closed. It would be nice it were overlaid on a USGS topo. I haven't been seen that ladder or explored that area behind Court of the Patriarchs.
Click to expand...

I put the Research Area map along side Google Earth. Trying to assess the borders of the closed area. To me it looks the farthest south point is even with where Crawford Wash comes in. Then it diagonals northwest over to Gifford, probably along a natural drainage high spot (?). What I am seeing is the area directly south of Gifford and the end of the ridge to the east is open wilderness. Looks like interesting territory to explore, if I can figure out that ramp you climbed along. Thanks again for finding this map. 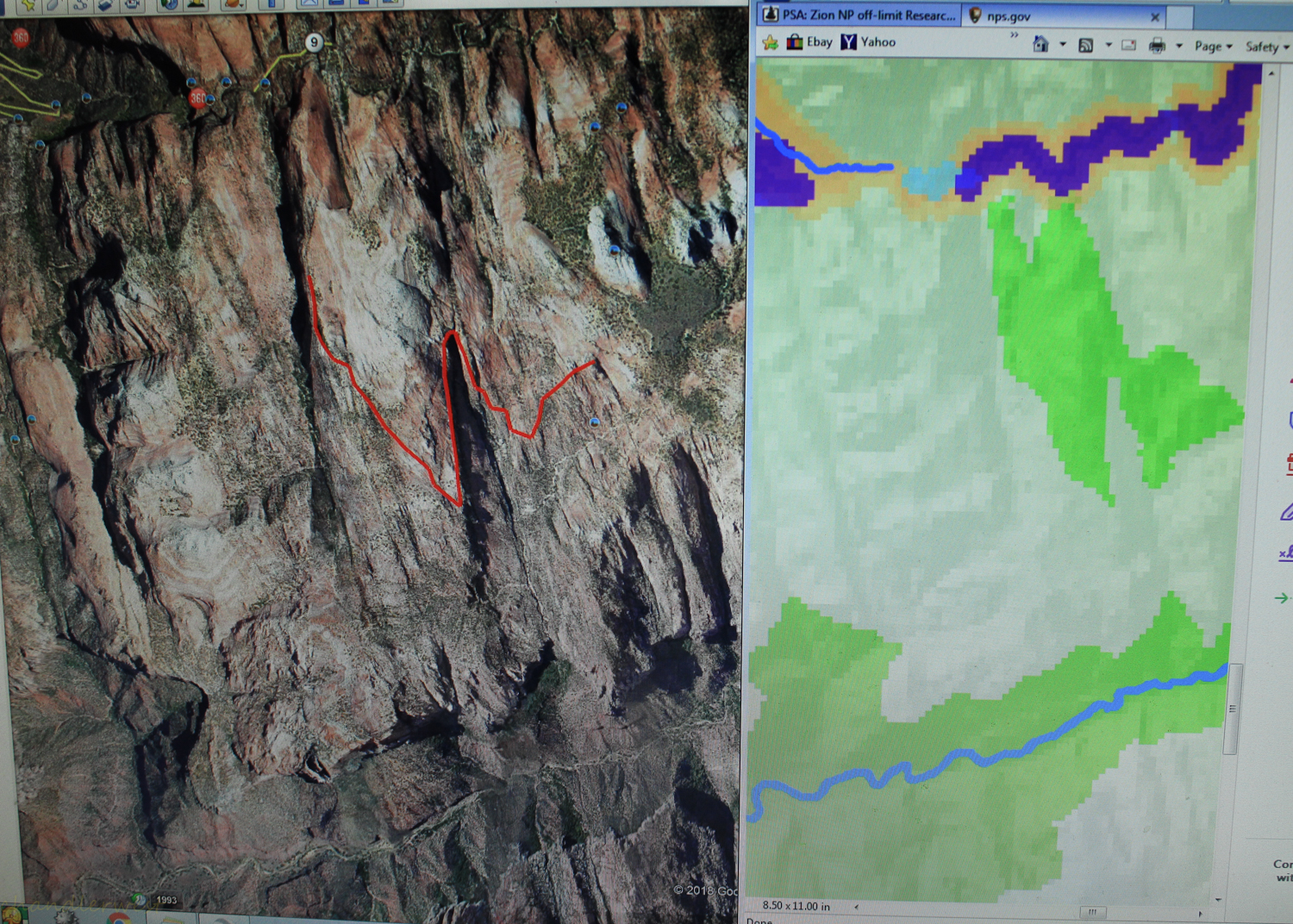 The vegetated ramp starts almost at the southern end of Gifford Canyon, somewhat close to (but across canyon from) where the drainage between Roof and Hepworth Peak drain into Gifford Canyon.
You must log in or register to reply here.
Similar threads