I have a large wall in my home that needs something on it, I have been playing around with the idea of printing large topo maps of some of my favorite areas to put on the wall, and then marking spots I have been to on the maps. MyTopo offers custom printed maps online, but in order to get a huge area onto one map (the entire Uinta Range) I have to use their biggest scale, and would have to do the 5'x8' print in order to get the entire range in. As much as I would love an 8 foot wide map of the Uintas on my wall, it's not practical to mount and hang something so large.

I think the best option is probably to get some sort of mapping software that lets me save out custom topo maps in as high of a resolution as I want for printing. then I can just do a regular 30X40 inch photo print of them. Does anyone know of a good software package that would let me do something like this?

It was good in a lot of ways but it had a nightmare interface. Maybe it's improved though, I haven't used it in a year or two. Looks the same at the login screen.

If I were doing what you're doing, I'd probably take the source files from the USGS website and put them together myself in Photoshop. Sounds like a lot of work, but if you're going to put that much effort and cost into printing those up, it's not too bad, IMO.

Too be honest, I think that pictures from your hikes would look better, but maps are definitely cool to look at. I'm always planning trips so my wife makes fun of me for constantly gazing into my maps for hours on end.

I have seen the map thing done well though. If I were to do it, I would go for this type of style... 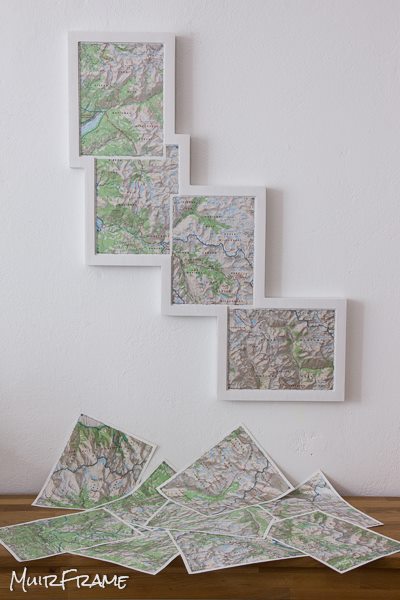 Or possibly printed on canvas like this Appalachian Trail Map, although I don't like how it's broken into two. I would have used a smaller scale and made it all connect. Although the larger scale probably makes it more functional... 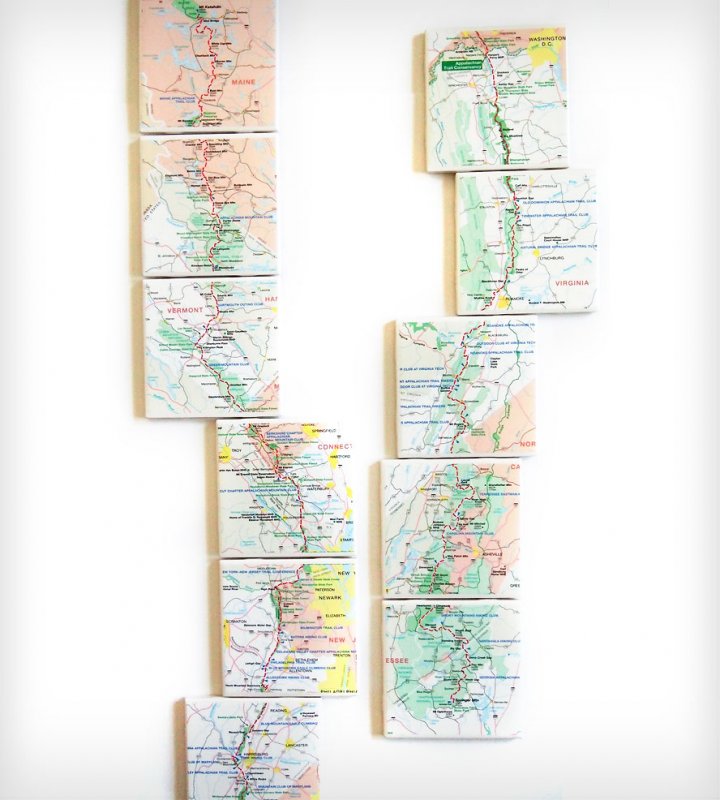 This map of Italy is a nice example of the style... 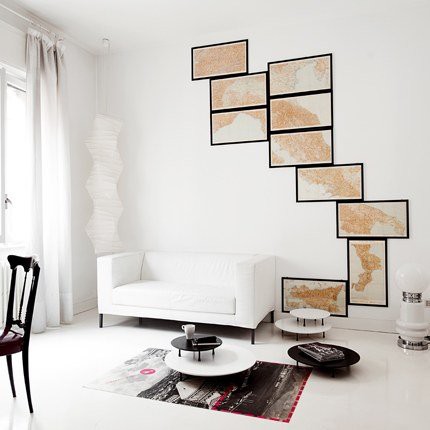 Would something like this of the Uintas look cool? The area is more of a sideways oval shape if I recall correctly?
Last edited: Jun 17, 2015

And I have plenty of prints of photos from my adventures on the wall as well. I just have a lot of wall space. This would possibly end up in some sort of man cave setting.

I just looked at the link that Nick posted in his reply. That first wide map of the Uintas in that link would look really cool as 5 pieces tryptych imo.

Then again, you said "man cave", so an NG Trails Illustrated map with thumb tacks may be more appropriate. As you can probably tell, my wife forces me to watch too much HG TV with her.
Last edited: Jun 17, 2015

This is a great idea @andyjaggy . I hope you can make it work out. I've got many MyTopo maps rolled up in a tube(s). I suppose when I retire I'll think about getting them up on a wall. Of course this means I'll have to buy a bigger house!

I just scoured my computer for it and it appears I deleted it at some point. I can't believe I would have done that, but I have searched high and low and it is nowhere to be found! There was a time since then that I was struggling with having enough hard drive space though, so I think that may have been when I did it. That sucks. I spent a good amount of time tracking down all the ultra high res files and layering them in. Sorry man.
IG: @backcountrypost

Thanks for trying. I'm going to try out the topo software others recommended and see if that will work.

I've done prints on aluminum before.... if I did this on metal I could put little magnet markers on it to mark locations, then I wouldn't permanently ruin it by sticking pin in it or drawing on it with marker.

andyjaggy said:
I have a large wall in my home that needs something on it, I have been playing around with the idea of printing large topo maps of some of my favorite areas to put on the wall, and then marking spots I have been to on the maps.
Click to expand...

I actually did this a few years ago for the Uintas and the Winds. I pretty much traced all of the trails in the Uintas and the Winds. This was a VERY time intensive endeavor. I think I mapped everything in Delorme's Topo North America software, spit out a GPX file from there, and then uploaded the GPX file to an online company that added it to a topo map and printed it. The website I used is no longer in business, though.

All of that being said, I would take a picture of the map and post it, but I don't even have it hanging on the wall in my gear room or garage anymore. Ultimately, it was more trouble than it was worth, I think.

What I do have on the wall now, though, is these maps:

You can see all of them here:

What I like about them is that they have wilderness boundaries on them so I can see places I'd like to go in the whole state. However, the scale is way too big to map any specific trailheads. The info is also dated, so recent wildernesses aren't mapped. My maps are laminated. I think I may have bought them from another site that gave several mounting options.

I'm happy to share my Winds and Uintas GPX files that I made if anyone wants them. They may not be 100% accurate but they would be a 90% starting point, at least.

Part of the reason for pursuing this is for my wife. She never has any idea where I am going, or at least she can't seem to keep all the places straight that I am always telling her about. She wants a map on the wall of my favorite places, and pictures I have taken of those places around the maps. I think it could be a fun, albeit expensive project.

I love that idea.

Give utah idaho map supply a call. I've never used them, but I've heard they can print just about any map on any paper in any size.

And definitely post a picture of the finished product when you're done.
You must log in or register to reply here.
Similar threads