A few weekends ago I was able to spot a lake that thawed out through my subscription to weekly high res sat images. It happened to be Louis Lake in the Lake Chelan-Sawtooth Wilderness. Thunderstorms in the forecast for saturday but clear skies for sunday. Luckily the weather turned out to be pretty good minus a rain shower here and there on saturday.

The hike is only about 5 miles and ~2200 feet of gain. Good for an early mountain trip in mid-june. The snow on the cascade eastern crest as per usual is retreating faster than the west side which still has considerable pack as I'm typing this now, let alone back in mid-june.

The trail started in a quarter full lot and a ford ranger pulled up next to us driven by a guy named Sydney. Sydney liked to talk a lot but in a good way. This guy live a heck of a life. He at the moment is working for the government but in the past has worked for 5 national parks. Denali, Yellowstone, North Cascades, Zion and Grand Canyon. We said our farewells and off we went. I'm not going to lie, at first I thought he was scoping out our vehicle to jack my new rims on the truck (he wasn't I just have trust issues).

First 2 miles are on the valley floor and the last 3 ascent the 2200 feet to the lake.

When we got to the lake the wilderness experience went bye-bye. As all 6 of the (at the time we thought) camp spots were taken. We wandered around looking for a spot before crossing a stream into the burn area and walked toward the end where the burn stopped. Thankfully we found the last spot! It was the best spot too, it actually had a view of the lake and mountains 20 feet from camp. The others needed 60+ foot walk to get a view, plus you were on top of other campers. Bush whacking around the lack I also snapped one of the fishing poles in half as it isn't really a backcountry pole and doesn't break down small enough so it snagged on a branch.

Lacey fished. I explored (including the upper basin which was epic) and we had a great fire. Awesome lake would definitley return. Maybe not this year though. 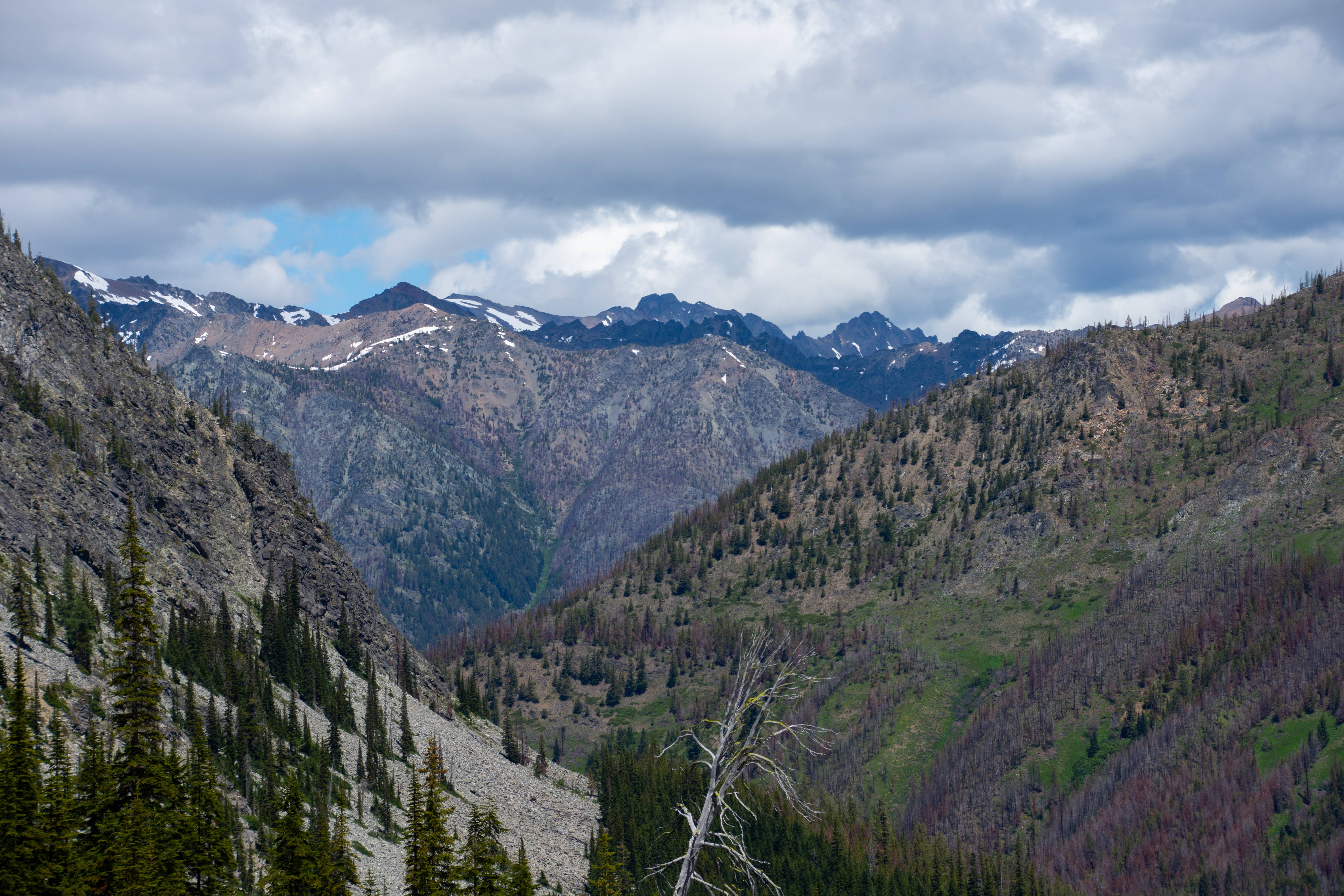 Our hike up from the valley looking back toward where we came from. 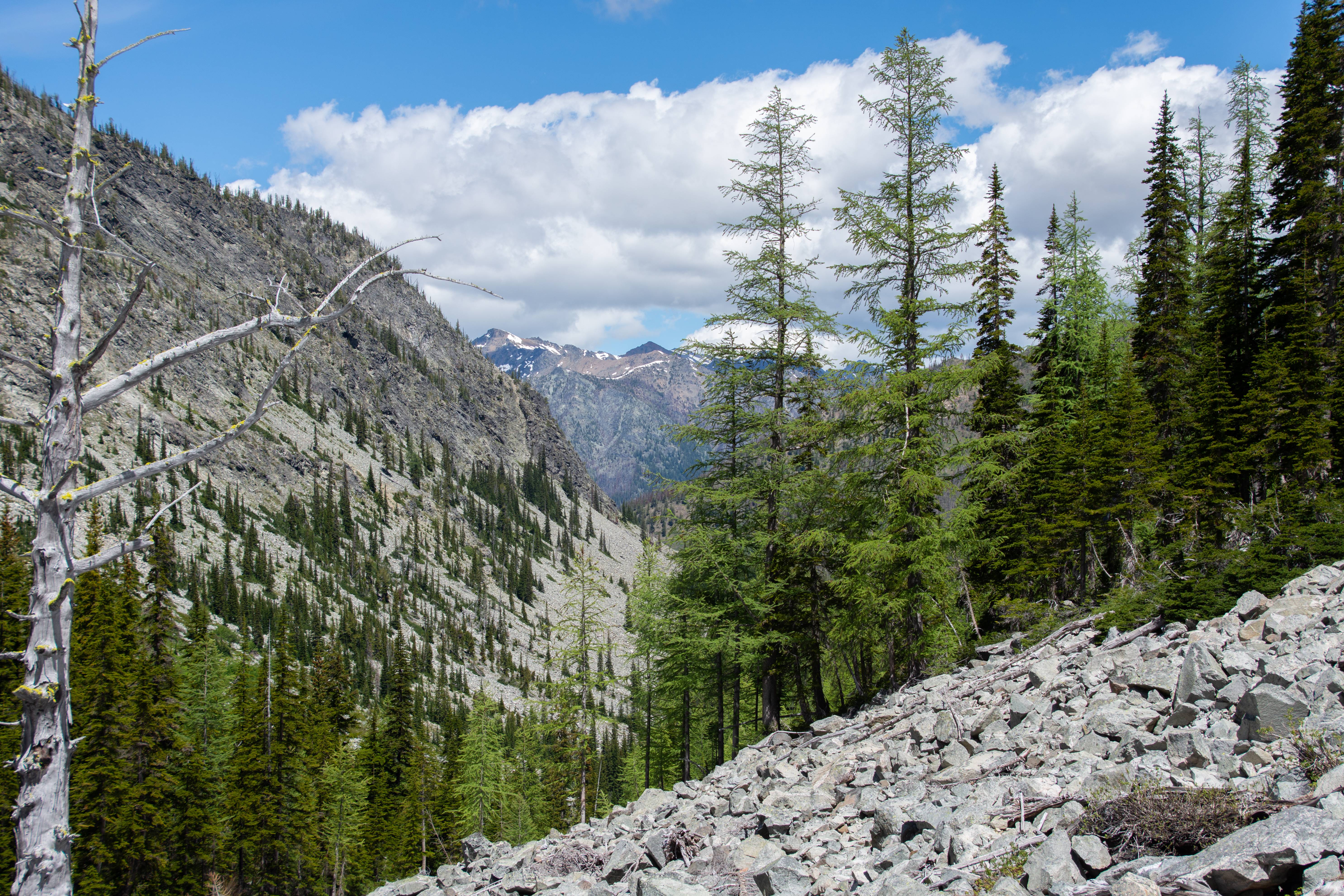 Brown peak is Abernathy which on the other side has an awesome lake called Seatter or (Scatter) via Scatter Creek TH. 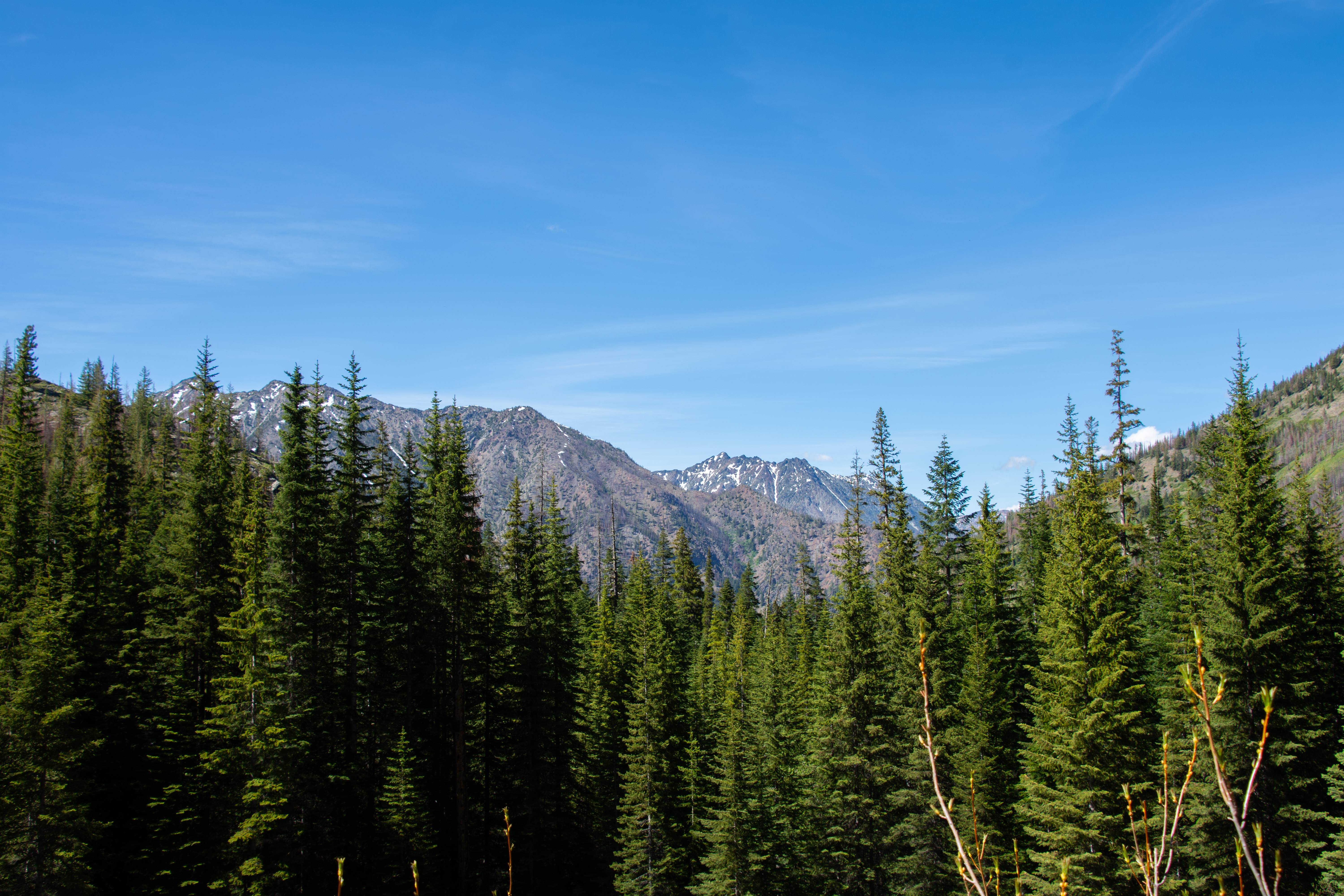 We are plateauing we must be close to the lake! 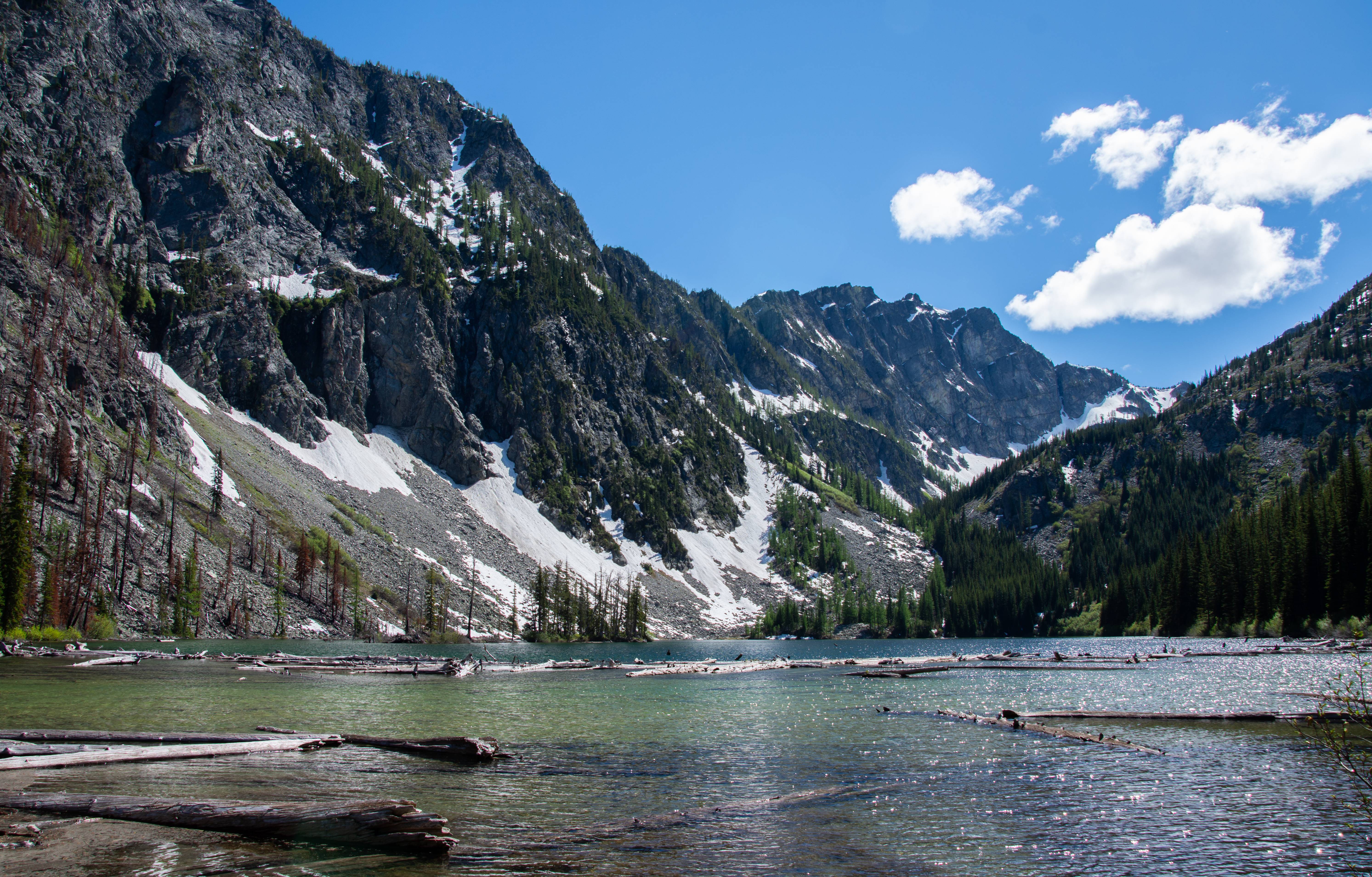 Louis Lake! Our CG is off to the left! 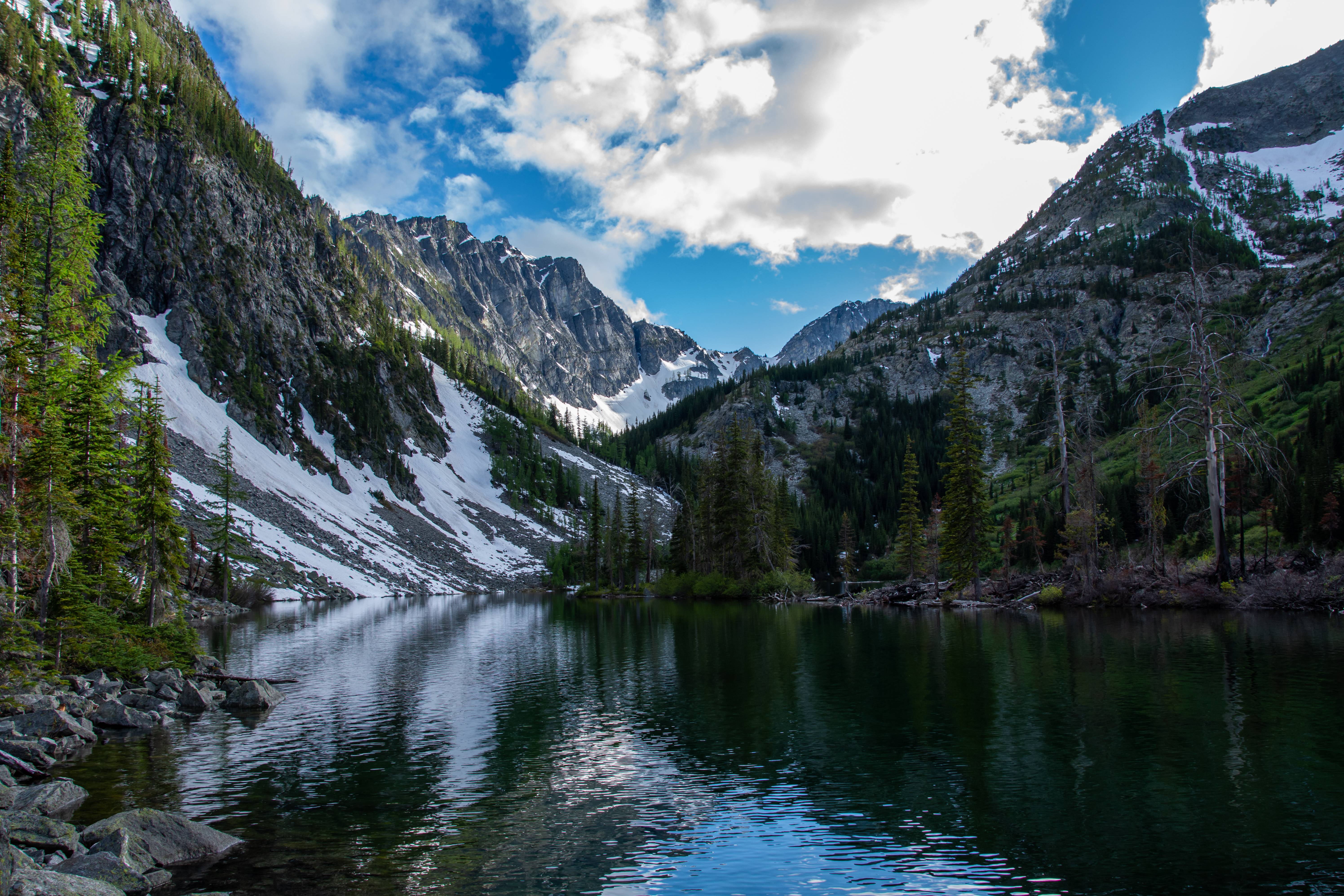 View from our camp. 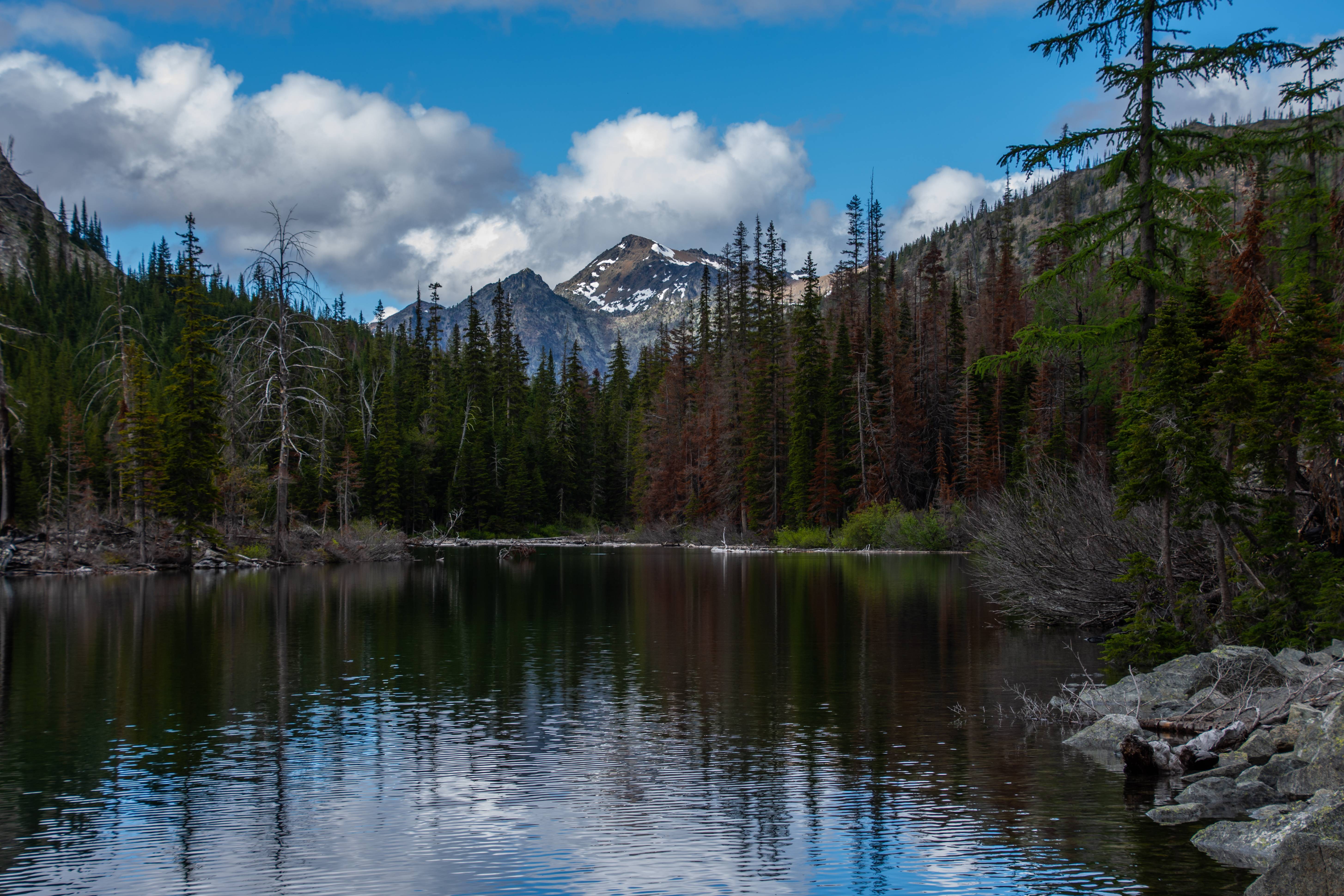 View from the other direction 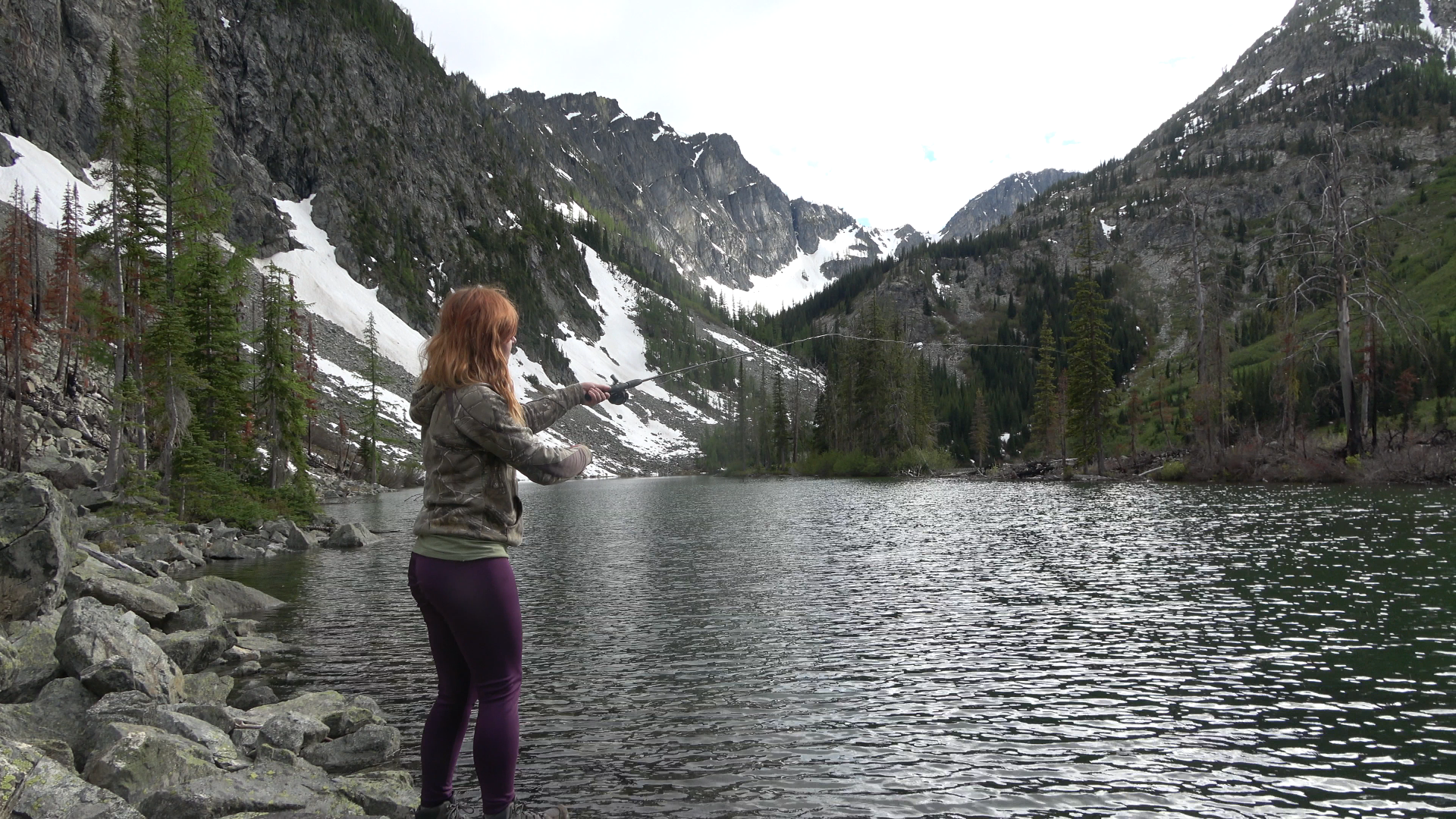 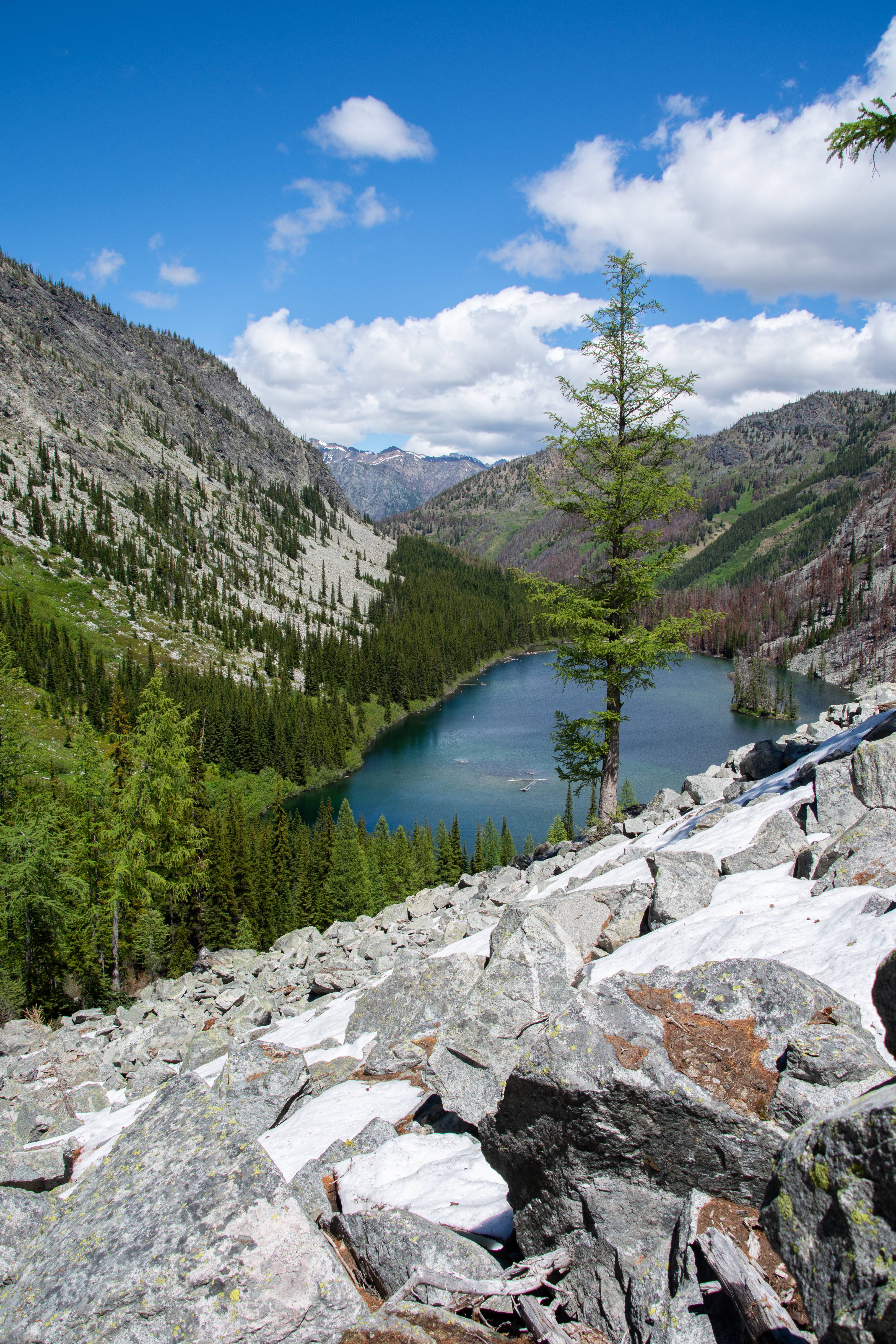 Scrambling up off-trail to the Upper Basin 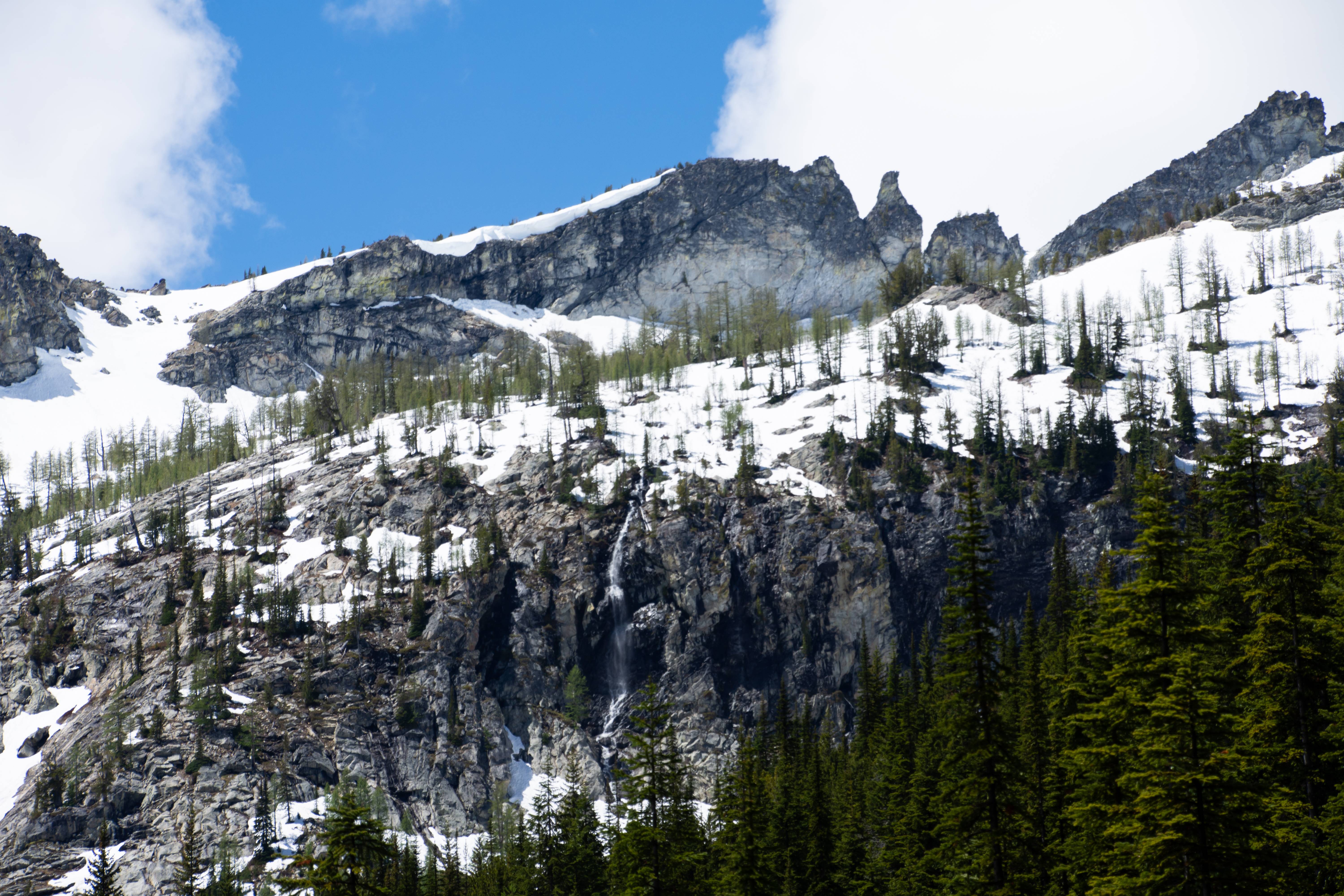 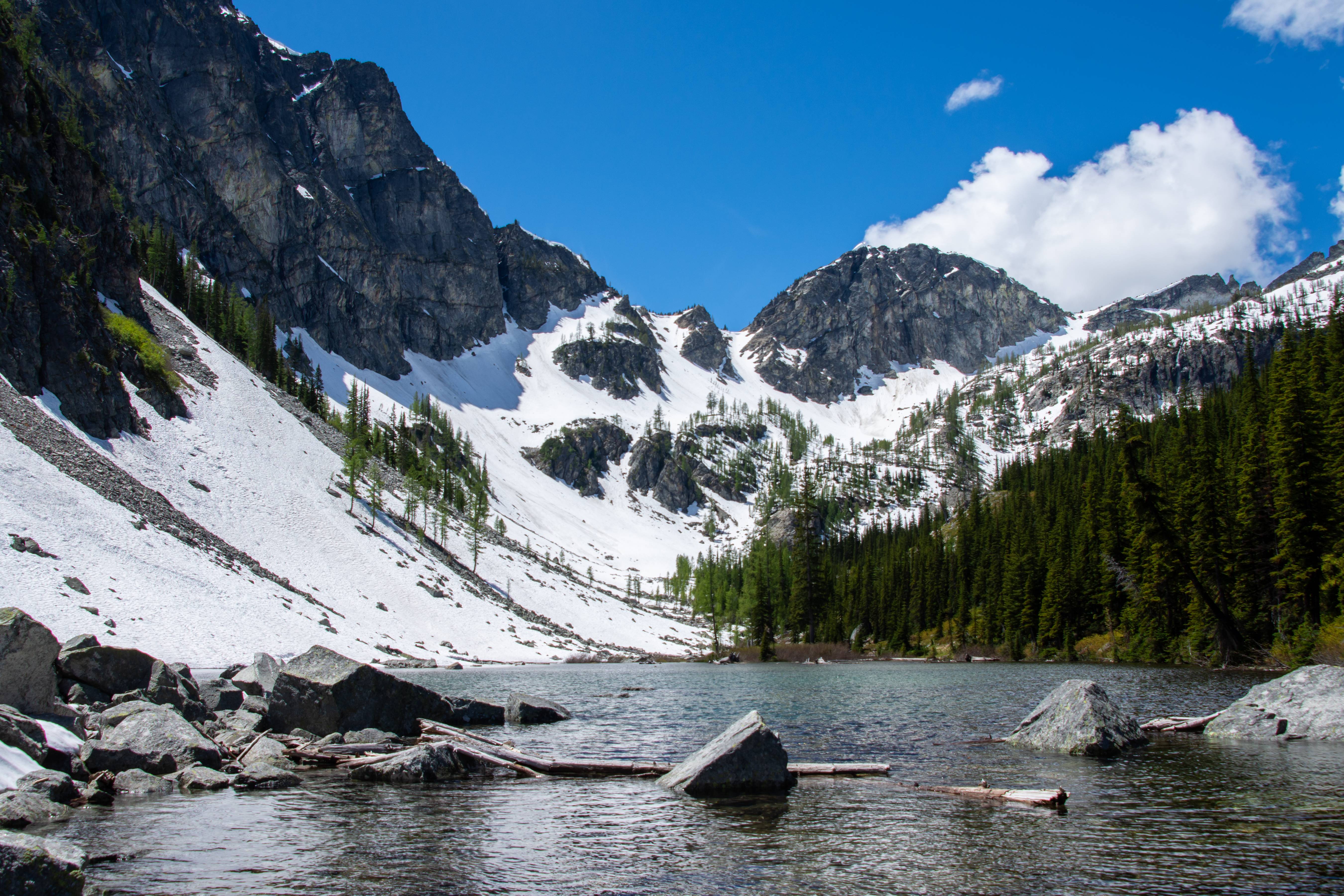 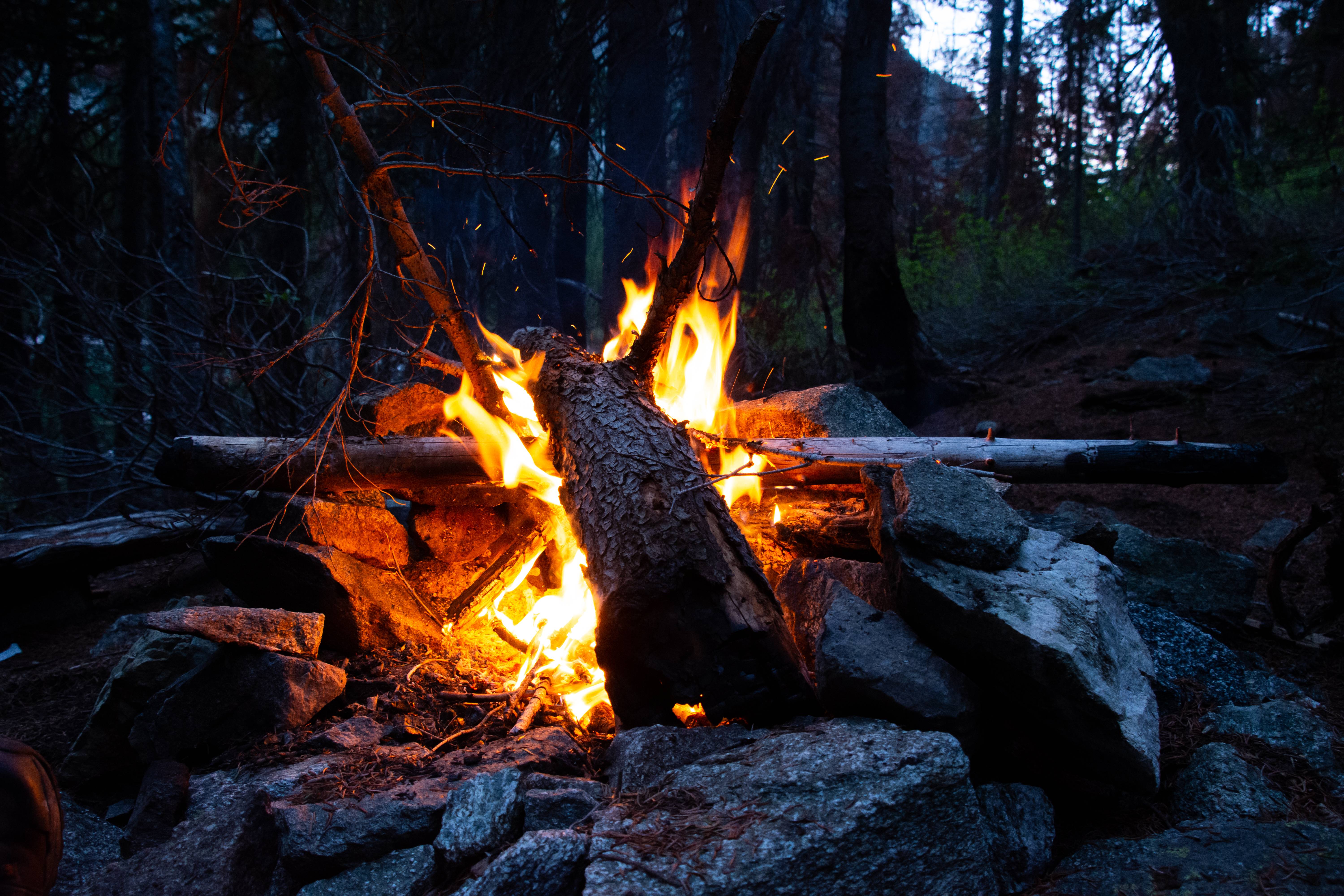 Was too cloudy at night for night sky shots or stargazing. Too cloudy for sunrise / sunset as well.
-----
My favorite part about mornings is greeting every spider that traveled across the trail that night, with my face.
Check out my Video Trip Reports and Timelapse videos!

Stunning! Thanks for sharing. Looks like an awesome fire.

Amazing shots, as always. Love seeing your reports because they're always from places that are way off my radar. 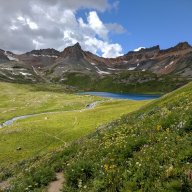 This is my new knack of the woods as of a little over a year ago. So much to explore. It is weird how some lakes can have a million people, then there are days like today where I hiked into a basin in the Boulders, just across from the Sawtooths and didn't see a single person for 10 miles. Cool video and great shots!

Gorgeous scenery and photos!
You must log in or register to reply here.
Similar threads