North To Alaska - The Aleutians and More 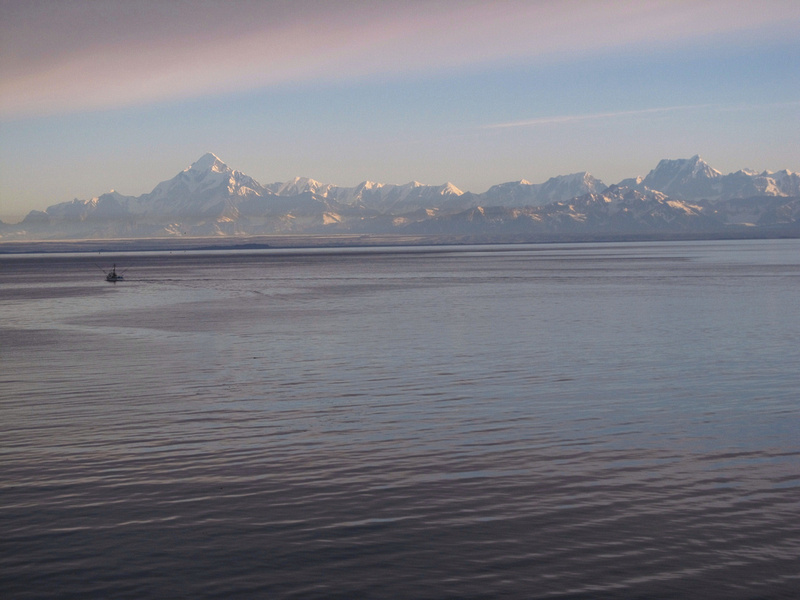 Now finally posting my trip report of my recent trip to Alaska. It was Incredible as always. I went up in early July and just got back into Jackson last week. I went up after signing up for Social Security. The State of Alaska had loosened the Covid Restrictions so up I went. I did not take any photos on the trip, but went light and totally enjoyed it all. After losing a bunch of photos several years ago. I have still since then not gotten back into photography. This is a photo from several years ago when looking at Mt. St. Elias And the Wrangell St. Elias Range outside of Yakutat. Also retirement is going great! There is so much to see and to experience in life.

This trip up to Alaska, the first thing after flying into Anchorage, was going down to Homer and shortly after going out to Dutch Harbor in the Aleutians on the Alaska State Ferry. This was one of the very top things on my bucket list. And the Aleutians were Incredible Incredible Incredible! I did a round trip with all the way out to Dutch Harbor and back. All along the trip it was calm seas which is noteworthy if you know about the region. Also all the way out and half way back it was great weather with sunny skies, being nice, and everything where one could see everything. At the end was some fog and rain which is common to the area. Now going out on the Alaskan Peninsula in here and the Aleutian Islands it was one glacierated snow white volcano after the other all the way out. Remember seeing one in the evening light which was Shishelden which stood at 9374 feet and being a perfect cone. Another Pavlov had a recent dusting of ash on the top from some recent activity and also a nice cone volcano. But it was incredible with one large glacierated volcano after the other all the way out. And like above some with recent activity or smoking some. Then the lower parts of the islands were all velvet green, just super green. Here and there were spectacular cliffs with also some nice beaches. Every so often one would see some shipwrecked boat or ship rusting up on the shore. Now except for some isolated native small communities there were nobody out there ... No houses, no Boats hardly, no big antennas on the island ... Just a big wild landscape mostly devoid of people. As a birder the bird life was just Incredible! Also at times would pass some whales being Fin / Finback or Humpbacks. At one point had about a dozen Fin Whales right next to the boat. Fin Whales are the second largest whale in the world. On the way out stopped and was able for a couple of hours see Izembek NWR outside of Cold Bay. Incredible! Here saw a big Sow Grizzly/Brown Bear (blond coloration) with her three newborn cubs. Here at Izembek here was the Pacific on one side and the Bering Sea on the other. Also near the tiny community of Chignik Bay had a big blond Grizzly/Brown Bear on the beach. Then in the community of Dutch Harbor which was a sizeable community. The other small communities were not much and were small indigenous communities. Also on the trip the Horned and Tufted Puffins were Absolutely Everywhere! It was absolutely Incredible Country with Great Weather and everything. Would go back and see it again in a heartbeat!! There were a number of us on the boat which seeing the Aleutians were near the top of our bucket list. For all of us it was much much much more impressive then we ever thought it would be!

Then afterwards went back to Homer, Anchor Point, and the Kenai Peninsula where I hung out, hiked, biked, and birded for near a month. Also with going down and seeing Kodiak Island. It was all Incredible! Had some great birding. Anchor Point was gorgeous with great birding. Here on a good nice day can look out and see five volcanoes in the distance. The fire weed blooming when at Anchor Point was Incredible! During the trip saw all five species of Loons for North America. The Arctic Loon at Dutch Harbor, the Yellow Billed Loon at Anchor Point, and the three others at Homer and Anchor Point. It was great being out of smoky hot Jackson where the air was clear and fresh everyday with nice cool temperatures. Loved It!

Then in coming back took the Alaska State Ferry from Homer, to Kodiak, to Whittier, to Yakutat, and on to Juneau. Again it was all calm seas, sunny and nice weather, and could see everything. When in Yakutat in the evening could see the entire Wrangell St. Elias range nearby in the evening light all white with it's glaciers and snow. Here stood MT. St. Elias at 18,008 feet high. Stupendous View!!!!! Have seen it before and love it! Also before getting in Whittier could see the entire Chiswell Islands and the Kenai Fiords Nat'l Park Area. Incredible! Also in coming back at one point had near two dozen Orcas as right beside the boat. Some were jumping right out of the water and everything. Great Sighting! Plus everywhere were all the seabirds which just love to watch like the Alcid Family and the Shearwaters. On the trip also saw a Laysan Albatross which was a Lifer also for myself.

Now back in Jackson briefly. This weekend biking to Rexburg, Idaho for Rabbitstick which is a primitive skills gathering being held the 12 to 18 of September. Then afterwards biking to Southern Utah, Arizona, and wherever for the fall and winter. Life is Great. There is so much to See and to Experience in Life!

Wishing Everyone the Very Best!
Last edited: Apr 2, 2022
' At The End Of The Road Where The Trails and Life Begins ' - Message on a sign near Cody, Wy.

I am headed to Alaska in June and just found your report. Thanks for the write up. Seeing all five loon varieties would be exciting. I am looking forward to seeing the puffins up close too. Your report has me excited, wish I was on my way right now! Glad your retirement is going so well.

Tim, Hi There! Now you will Love Alaska. How long will you be going up for? Hope you have a most marvelous trip! There is a chance that I might end up back in Alaska myself. Right now it is either back in the mountains of Wyoming or heading back up to Alaska. If I return to Alaska, it might at least be all over in Southeastern Alaska with my bike traveling around. This also includes in both Yakutat which I love and Glacier Bay. In my opinion, if one had all there whole life and spent in all in Alaska, do think one could Not see in all. In fact there is soooo much in Life!

Yes retirement is going well. I personally have wintered in the St. George, Utah area. It was a good winter. The winter was so mild in St. George this past winter. It was more like, what winter. Now am back up in Zion for several weeks. Great to be back up here again. And from there continuing to migrate north back to NW Wyoming. There is still so much to see and experience in life.
Last edited: Apr 2, 2022
' At The End Of The Road Where The Trails and Life Begins ' - Message on a sign near Cody, Wy. 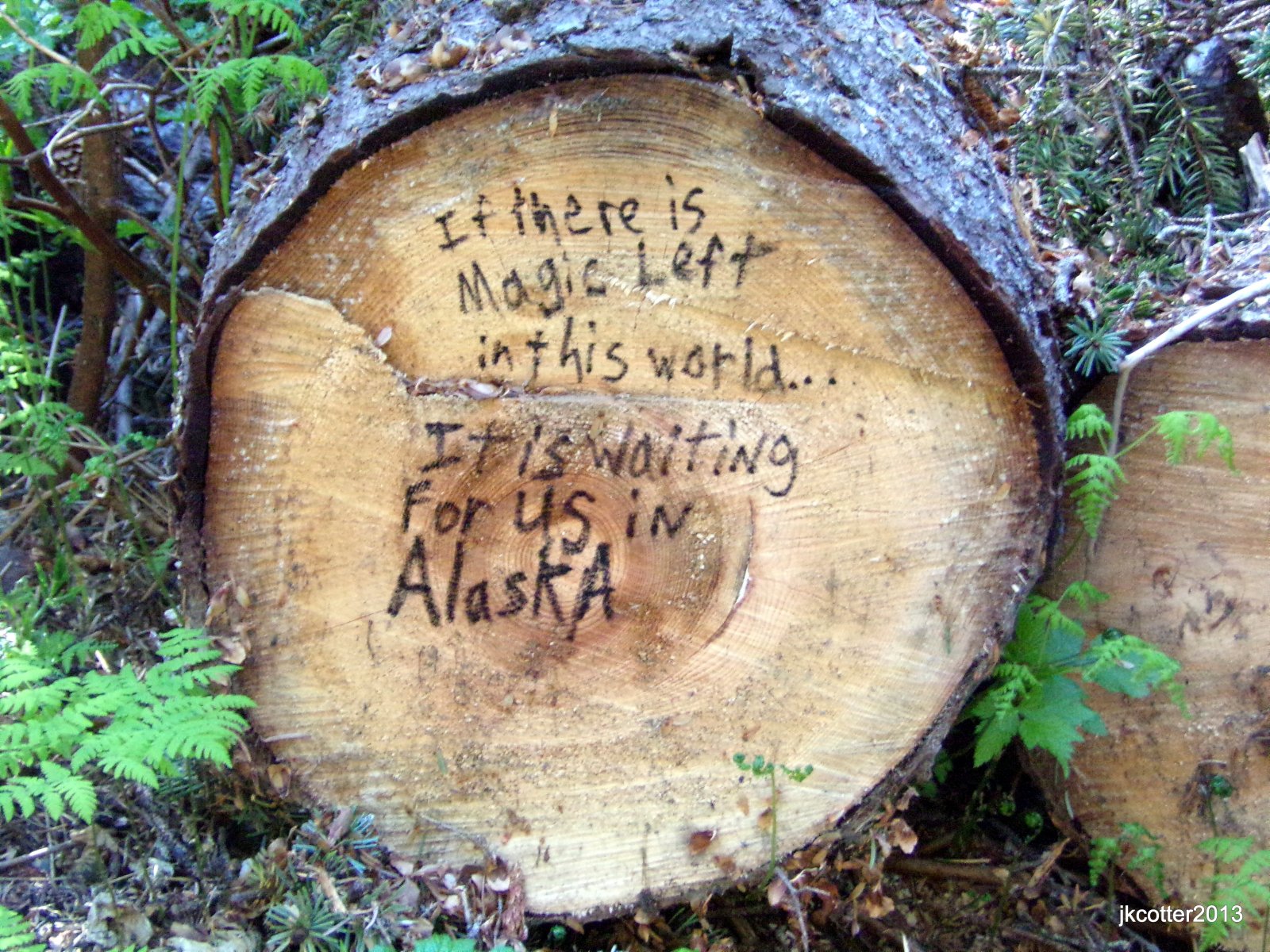