I was able to piece together a quick overnighter to the San Rafael Swell this past weekend. I had originally planned a longer trip further south to the Cedar Mesa area but my friend couldn't get out of work as planned so we adjusted the itinerary a bit. I was just stoked the trip didn't get canceled altogether.

I hadn't been through the northern part of the swell much so the first day we just drove around checking things out. First stop was at The Wedge/Little Grand Canyon overlook. 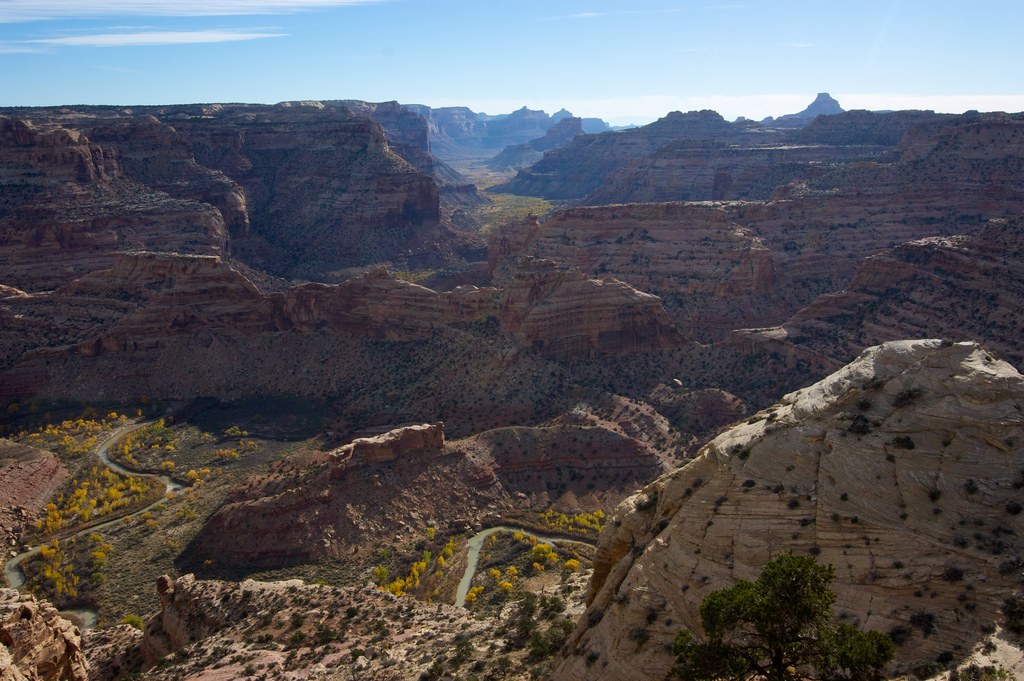 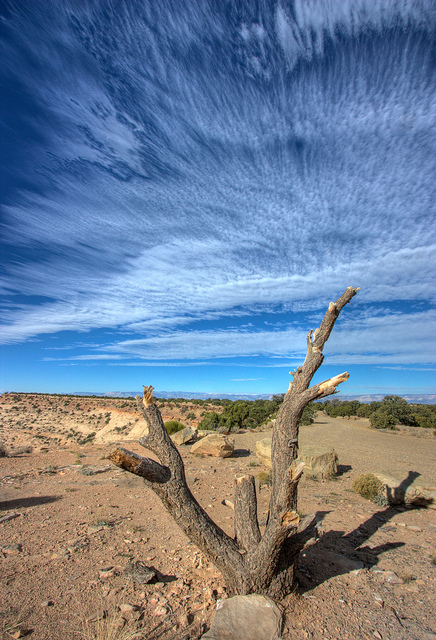 From there we followed the road down Buckhorn Wash and checked out the excellent pictograph panel along the road as well as one of the old MK tunnels. 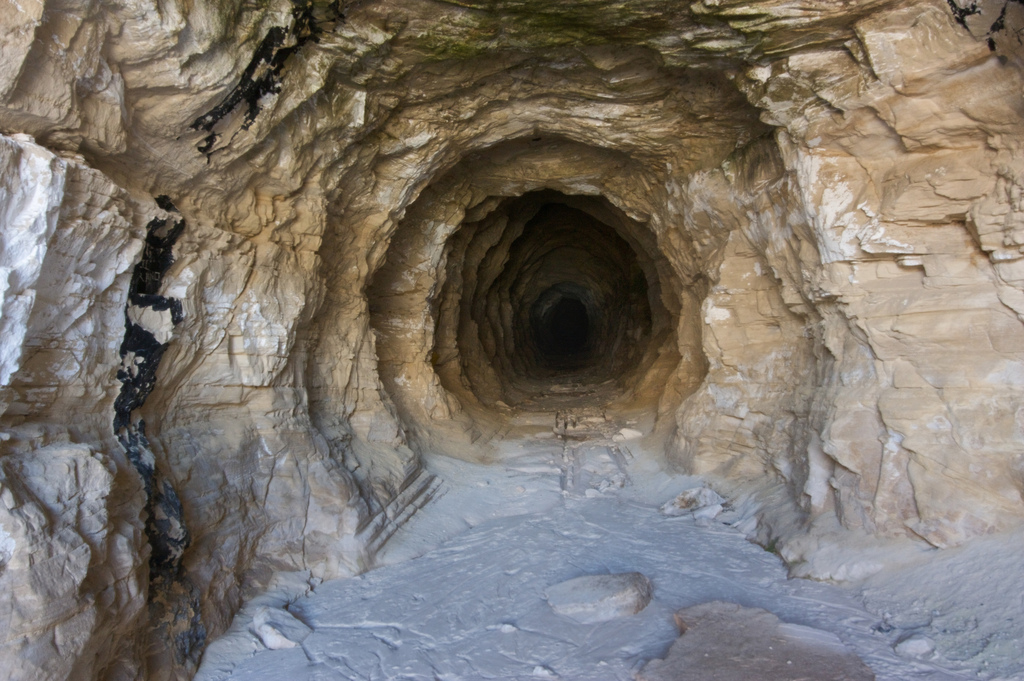 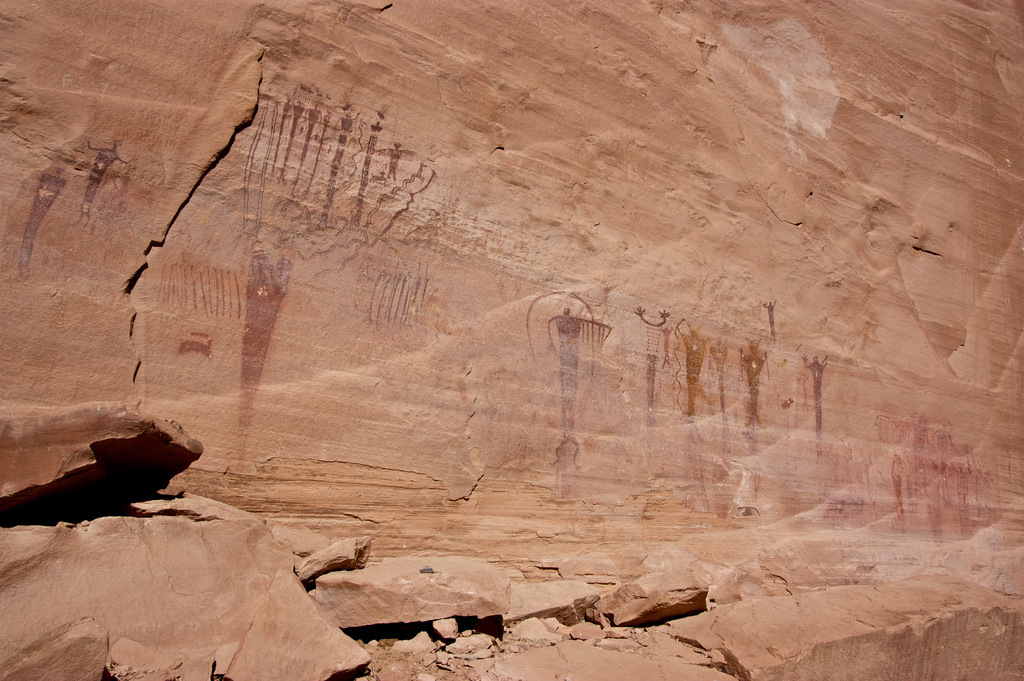 The hanging bridge over the San Rafael River 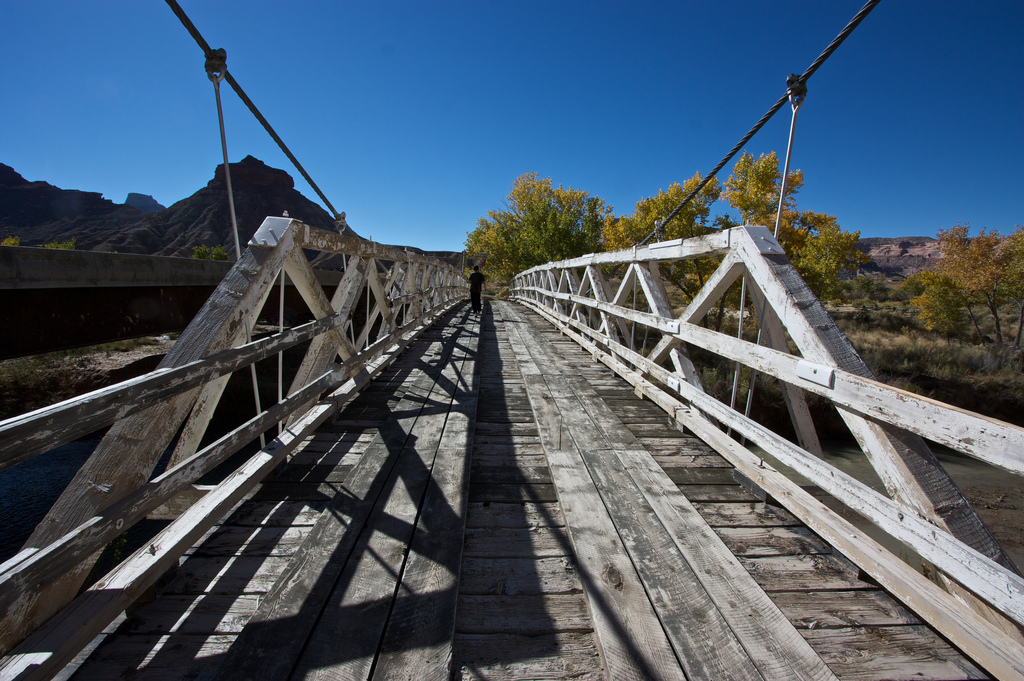 After that we decided to drive out to Black Dragon Canyon to see some things and make our way around to the other side of the reef to camp for the night. It turned out that the road through Black Dragon was terrible. Just the approach to the canyon was pretty bad, definitely HC 4WD only. But once we got into the bottom of the canyon it got even worse. Boulders all over the place. The first couple we did some rock stacking and spotting to get through. 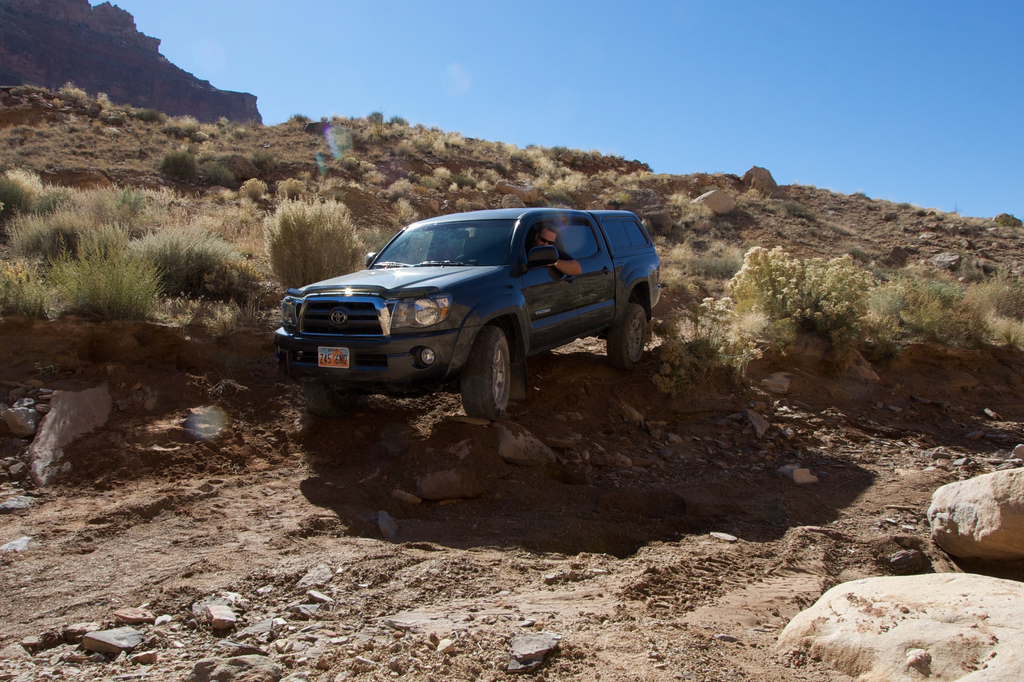 A little further down the canyon we ran into a couple that had hiked up from the bottom. They told us that there was a lot of deep, sticky mud as well as huge rock obstacles further down so we turned around and went through all of the obstacles again. It was fun but really exhausting, sure would have been nice to keep going but I'd rather back-track then get stuck.

This is where we turned around. That little drop in the bottom of the frame was 2-3 feet high. 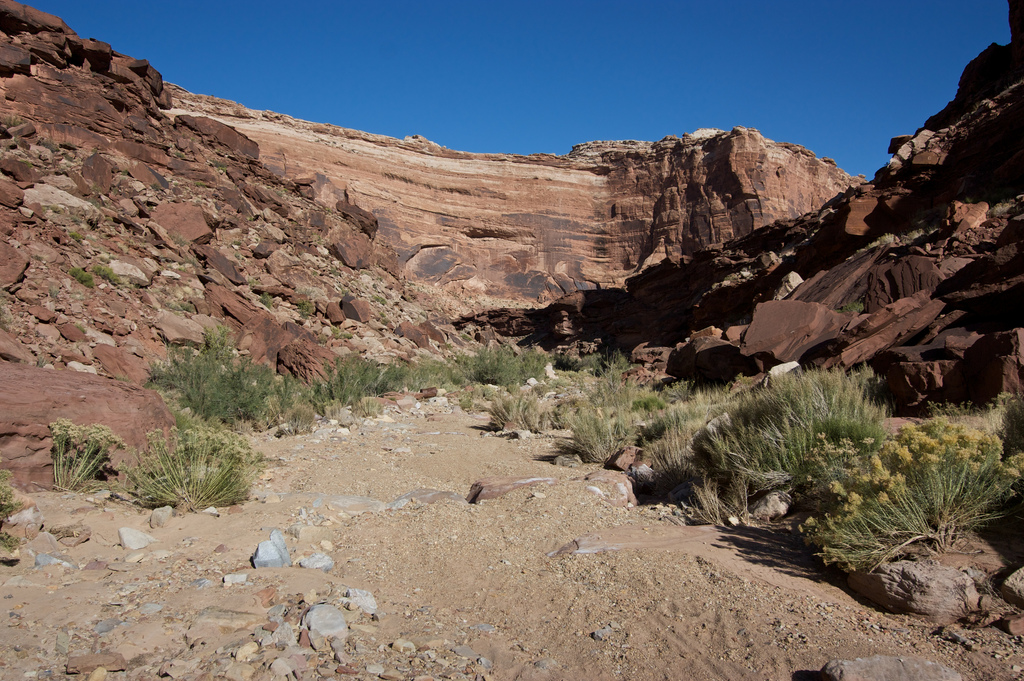 On the way out we stopped and checked out the upper part of Black Dragon. It's pretty cool, I don't know what type of sandstone this was but it made some cool formations and was very sharp. There were loads of nice full potholes down there too. Unfortunately my friend took a bit of a stumble hiking down and opened up his ankle on the jagged rocks here. 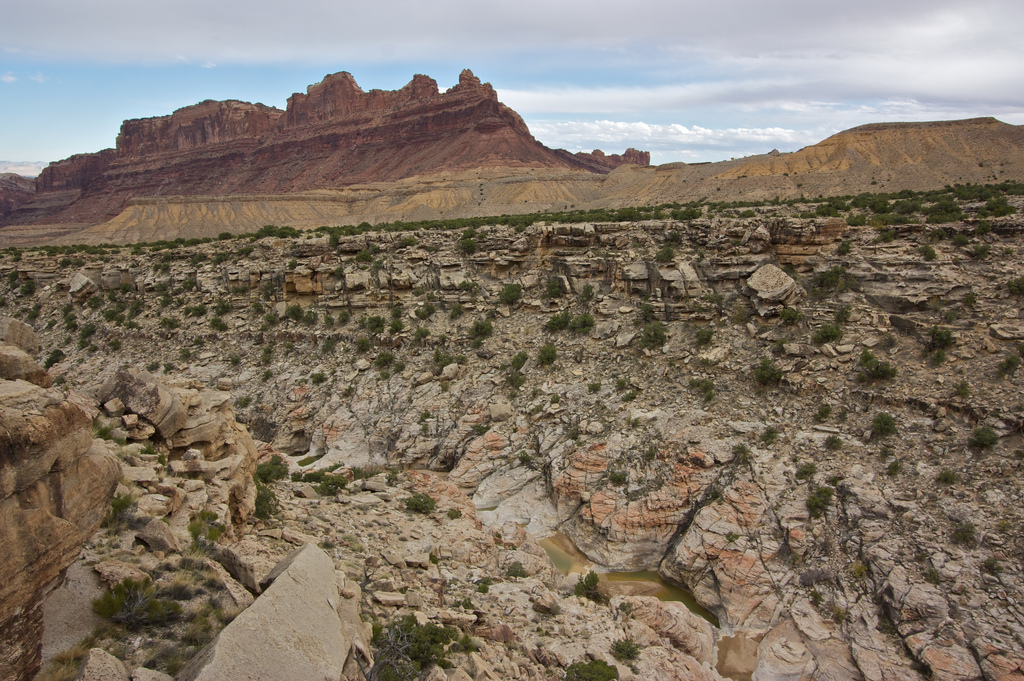 As we were driving out of Black Dragon a pretty significant storm was building. We decided to head out to the Swasey's Leap area to camp for the night as the rain really started coming down. We drove the entire Swasey's Leap road and were disappointed to find no decent camp sites at all. There were a few fire rings higher up along the road but they were all high on the bench and the rain we had was coming with a strong, cold wind so we kept going.

As we made our way back towards the main road the storm passed just as the sun was setting. It produced a nice double rainbow, although not quite 'full on, all the way across the sky'. It also made for a nice sunset. With the storm passing we made our way under I-70 and onto the Arson's Garden area and found a good spot to camp. 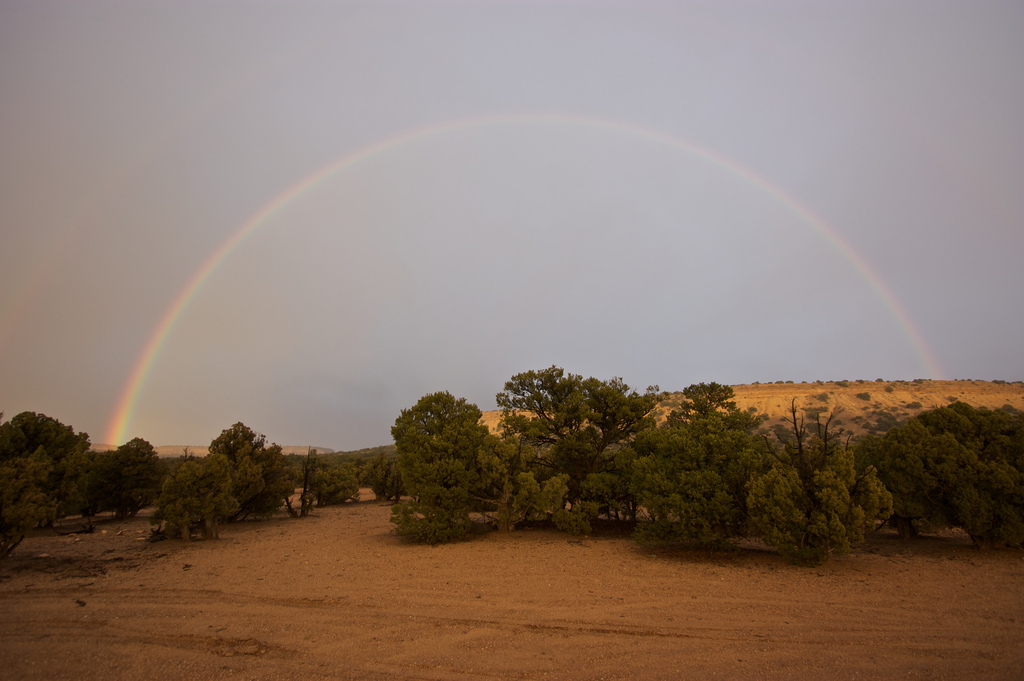 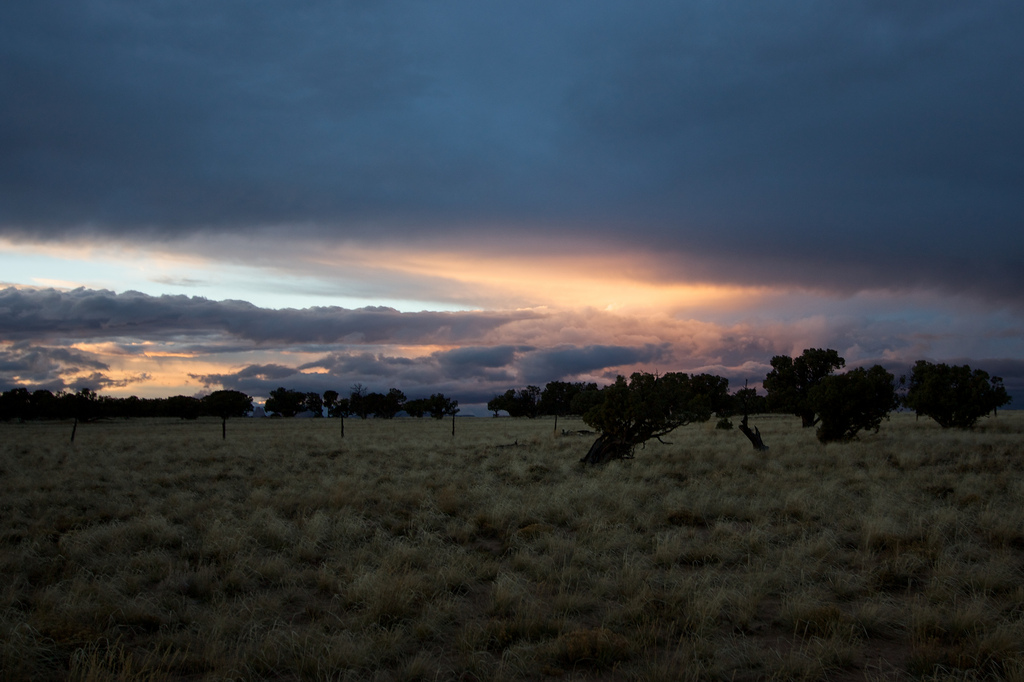 That night the skies cleared completely and the wind even died down for the most part. I was really concerned that we were going to be pretty uncomfortable but it turned out to be really nice. We stayed up late into the night sitting around the campfire and taking pictures. The highlight of the night, and maybe for the trip came just before midnight. I was sitting there in front of the fire and an intense brilliant light appeared in the sky. It was the biggest meteor I have ever seen. It lit up the entire desert like it was daylight out. The trail lasted long enough for us to get up, run across camp and still watch it dissipate. It was incredible. And to make it all better, I had my camera pointed right at it while shooting star trails and I got a picture of it. 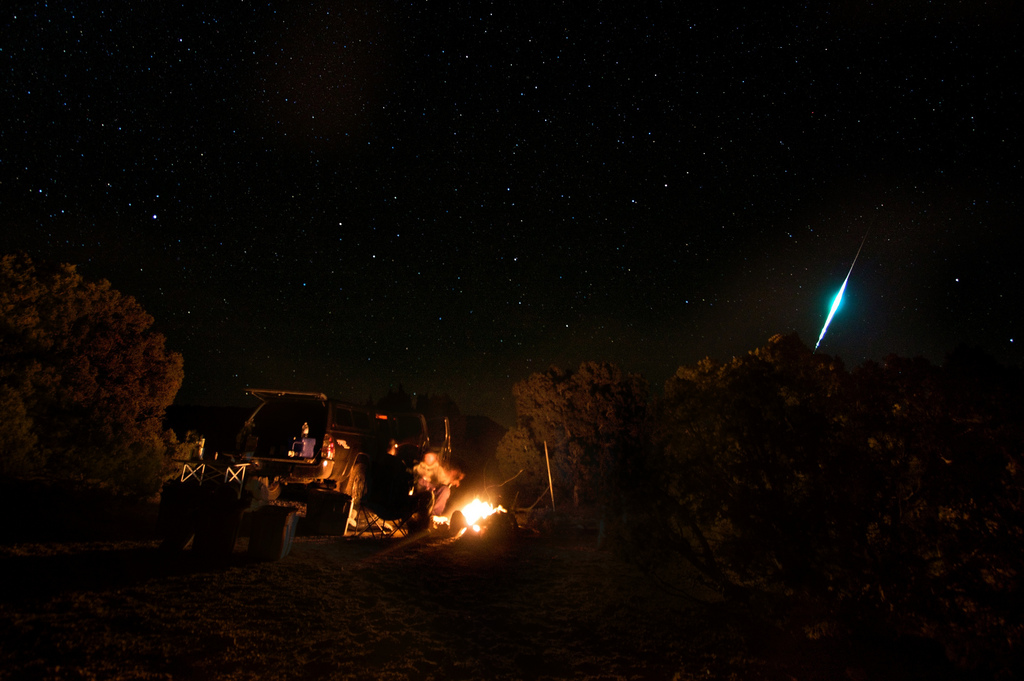 I learned on this trip that if you want to shoot star trails with a fire in the foreground you have to keep the fire low or the bright smoke will obscure the sky. I tried to work it out as much as I could in this pic but it still turned out kind of crappy. 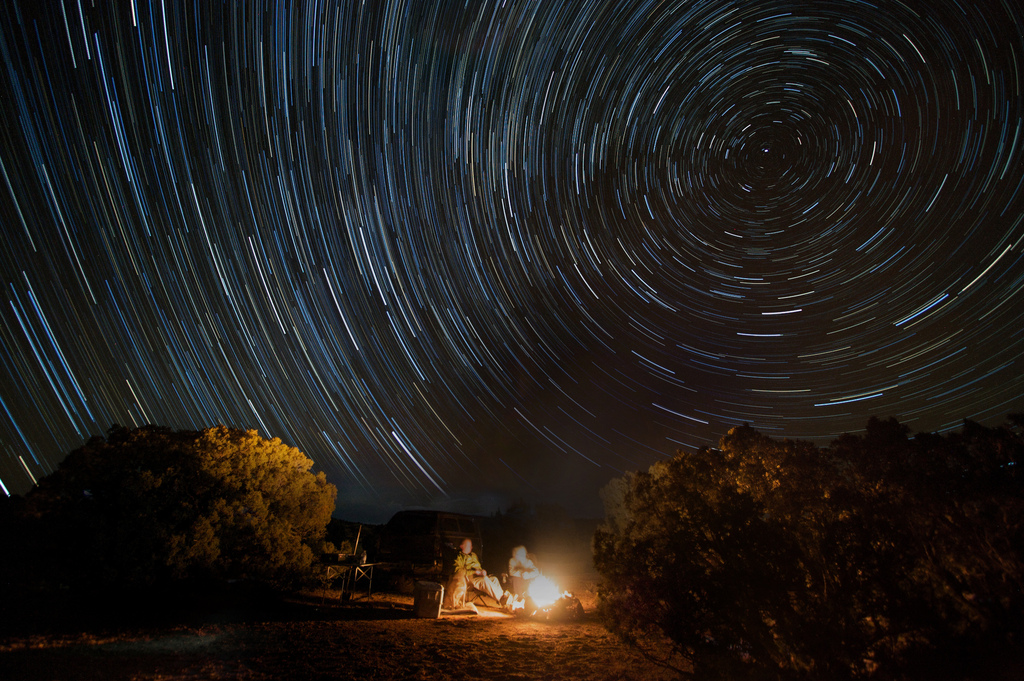 The next day we were going to hike into Eardley Canyon but we had complications. The fall that Adam had taken in Black Dragon Canyon the day before had turned into a nasty swollen ankle and he could barely put any weight on it by morning. So instead of hiking we hung around camp for hours, eating breakfast and enjoying just being in the desert. Not what we planned but still fun.

After leaving camp we took a drive down a few nearby roads to see the sights. Along the way we ran into some wild burros and immediately after a herd of antelope moving about as fast as I've ever seen an animal move. I got some pics but they're not that great, bad time for a wide angle lens. From there we took a little hike down Red Draw to see the red holes. Unfortunately, the ankle problem kept us from making it all the way to them but it was still a fun hike. 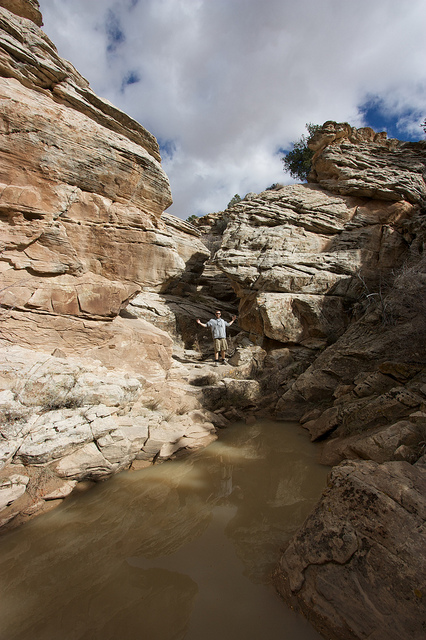 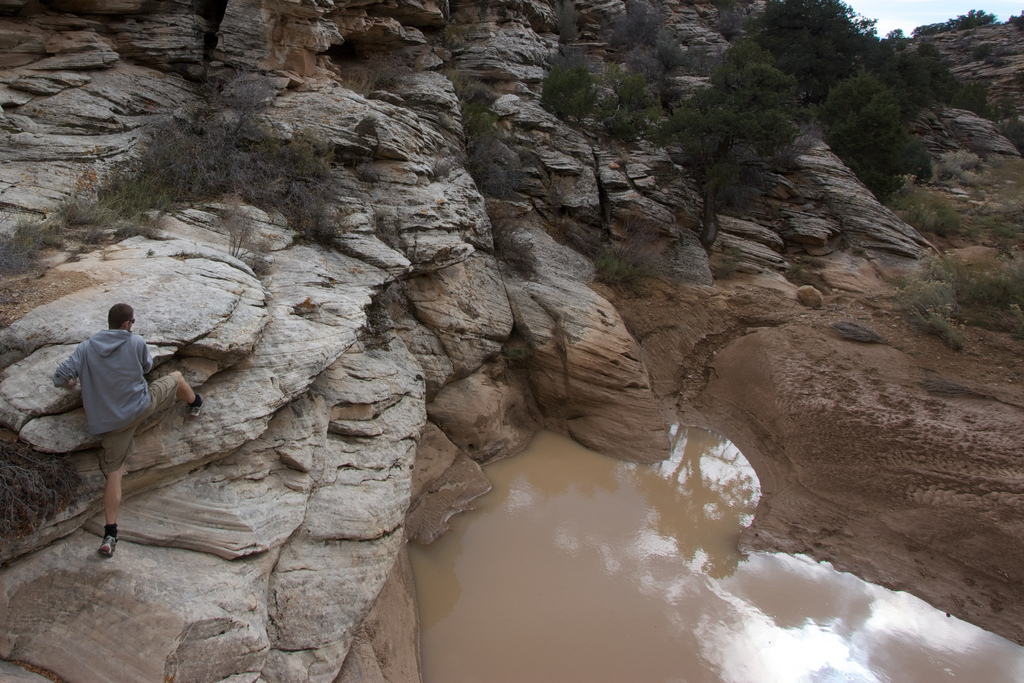 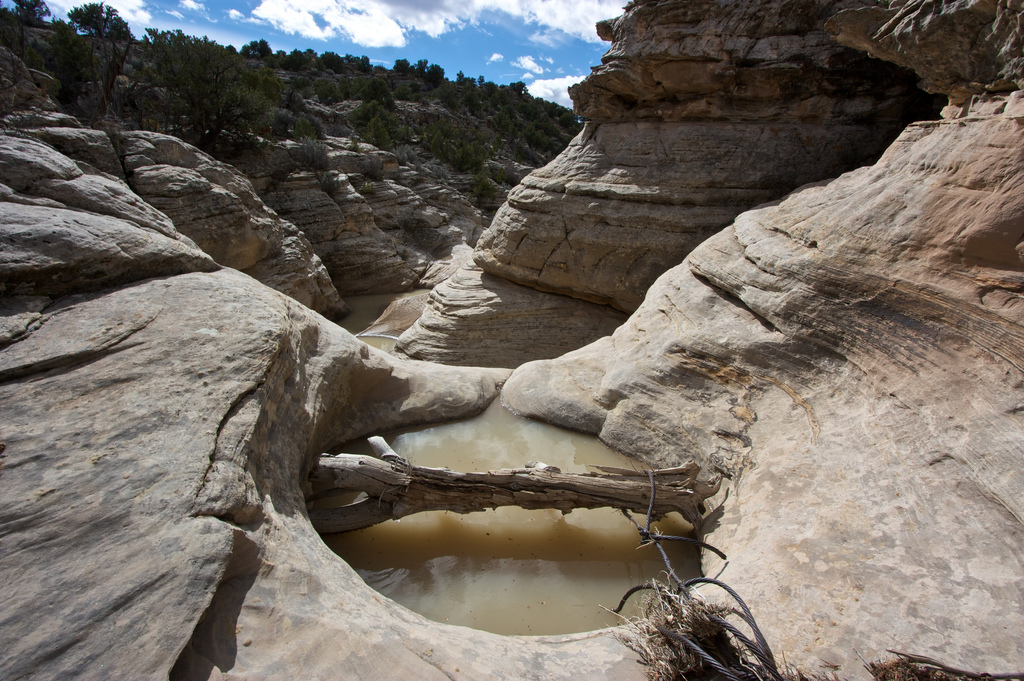 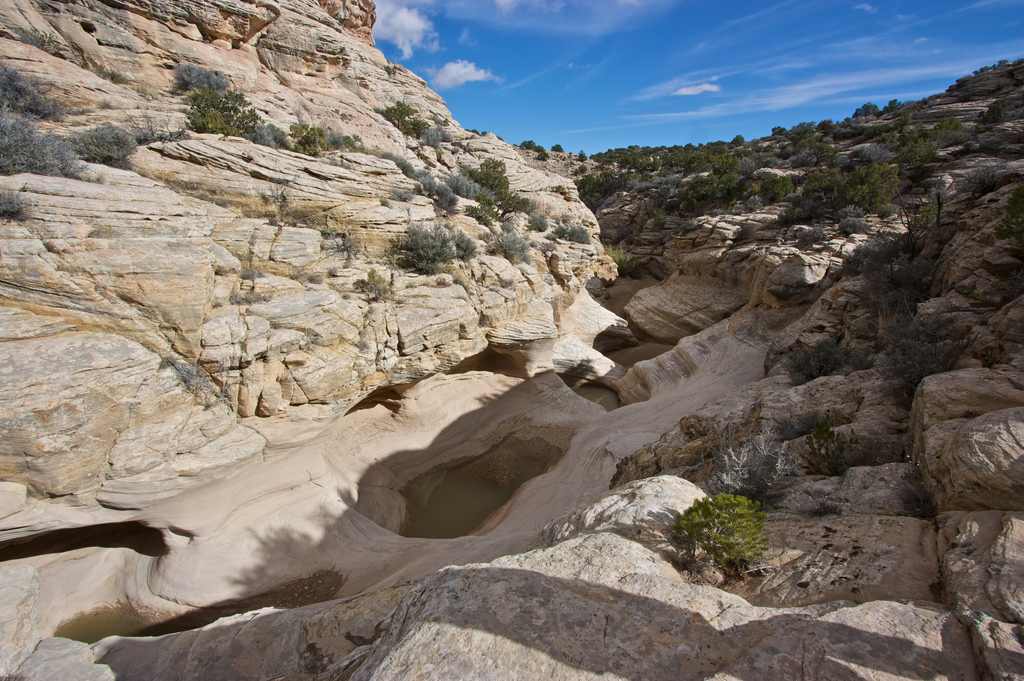 After that we made our way back home. So nice to have The Swell so close to home that a one night trip is still totally worthwhile.

what a nasty road into Black Dragon!!
And the meteor is simply awesome!! What an incredible shot of it, wow. :twothumbs:
http://yvonnebaurphoto.smugmug.com/

Good stuff.
I really like the Red Holes route into upper Eardley Canyon.

I had forgotten you captured that meteor!!! That 2nd pic of the clouds/blue sky is awesome!
“We don't stop hiking because we grow old - we grow old because we stop hiking”
― Finis Mitchell
You must log in or register to reply here.
Share:
Facebook Twitter Reddit Pinterest Tumblr WhatsApp Email Link